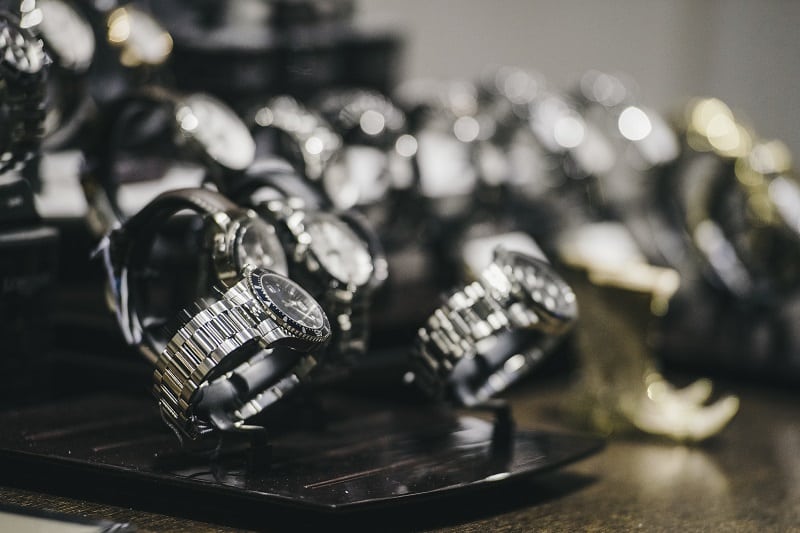 A watch is one of the most important accessories that somebody can purchase — if not the most. After all, there is no point in having an established wardrobe that works for you if you don’t have a reliable, everyday watch.

Therefore, it makes sense to put a lot of thought into the kind of watch that you want to buy before you take the leap and make a purchase. However, as any fashion aficionado knows, often looking into something as exciting and broad as a watch design can mean jumping directly into a huge rabbit hole, and who really has the time for that?

In this article, we will save you time by presenting you with a holistic overview of the best Swiss watch brands that are on the market in 2020. As well as providing an overview of the brand names and their features, we will also offer a few words of fashion advice that might help you determine whether or not it’s the right option for you. 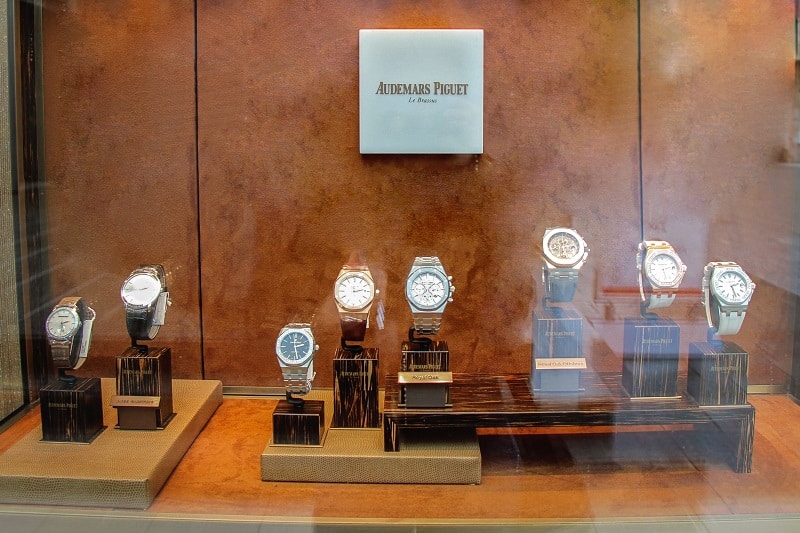 Audemars Piguet is a Swiss brand that is synonymous with luxury. Founded in 1875, the company has made a name for itself by crafting exquisite clocks and watches. Notably, the company continues to be a family-owned business to this day, gaining more than 1.1 billion Swiss francs (1.2 billion USD) in revenue in their last reported year.

Nearly 150 years from its founding, Audemars Piguet is still making remarkable watches in 2020. In fact, the brand introduced several contemporary models, with some of the most popular models including reimaginings of the brand’s classic Royal Oak Offshore and Code 11.59 models.

For example, the new Code 11.59 collection offers customers stunning colour options, as well as the choice of either pink, white, or two-toned gold. One standout edition about the 11.59 model was the “Grande Sonnerie Carillon Sonnerie”, which features whimsical artwork by Anita Porchet.

For the Royal Oak models, recent releases from this beloved watchmaker have included a limited edition of the 18k white gold Royal Oak piece, of which only 10 were sold,  as well as a self winding model for 2020, the first of its kind.

If you’re somebody who appreciates the reinvention of a tried and true classic, the new Audemars Piguet models are a good option for you. There is no denying how this brand recreates itself with stunning and unique pieces, again and again. 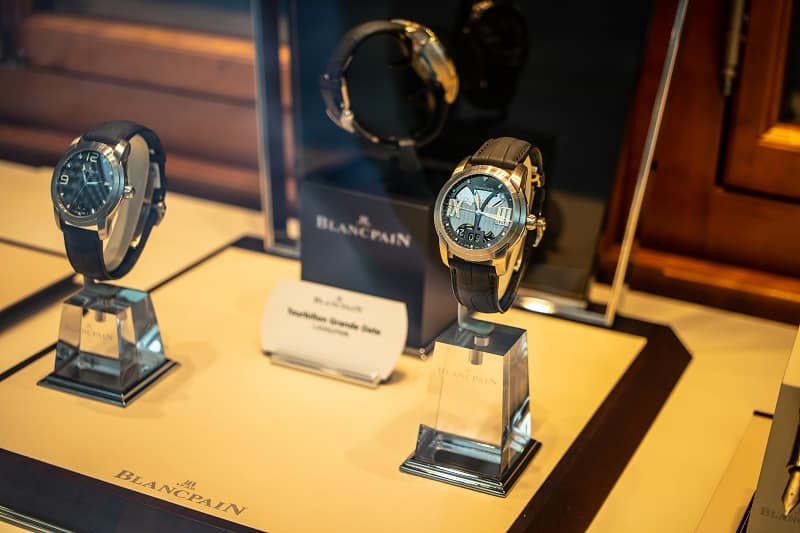 Blancpain is a manufacturer of Swiss watches that is nearly 300-years-old. Ever since its founding in Villeret, Switzerland, the brand has created some of the most opulent watches in existence, attracting the wrists of some of the world’s most prominent people.

Although Blancpain made its biggest waves in the 20th century with the introduction of its classic models of wristwatches, there is still interesting art coming out of Blancpain in 2020 and beyond — because it isn’t a stretch to call Blancpain watches “art”.

Fans of Blancpain praise the watchmaker for not only offering a sense of luxury that is hard to top, but also for offering flawless mechanics and unmatched customer service. Collectors are also particularly fond of Blancpain as the watchmaker has a number of rare models that are well sought-after. 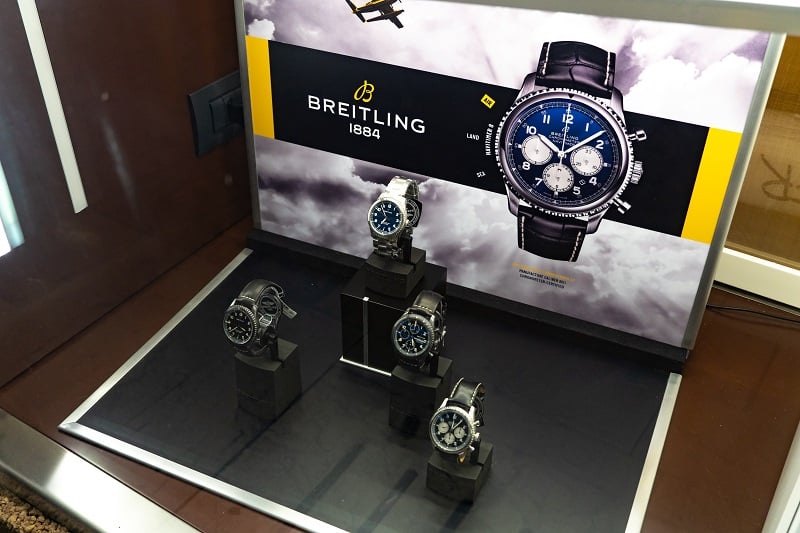 Breitling, whose full name is Breitling SA, is a manufacturer of fine watches from Grenchen, Switzerland. Like the other entries on this list so far, Breitling has also been around for more than 100 years, having been founded in 1884.

However, one thing that sets Breitling aside from other entries on this list, is the fact that it balances being a luxury brand with being a brand that caters to an active lifestyle. If you are somebody who values being both active and fashionable, you know firsthand how hard it can be to bridge the gap between these two interests.

We’re talking, of course, about the brand’s notable models that are marketed towards deep sea diving or aviators. However, you don’t need to spend time under the sea or up in the air to sport the trendy and masculine look of a Breitling. If you know you would like a Swiss watch but are looking for something a bit less “on the nose” then a Rolex, a Breitling might be a good choice for you.

In 2020, Brietling worked hard on reinventing their classic watches for a whole new generation of fashion-forward individuals. This included new improvements to their Navitimer, Superocean Heritage, and of course Chronomat models. 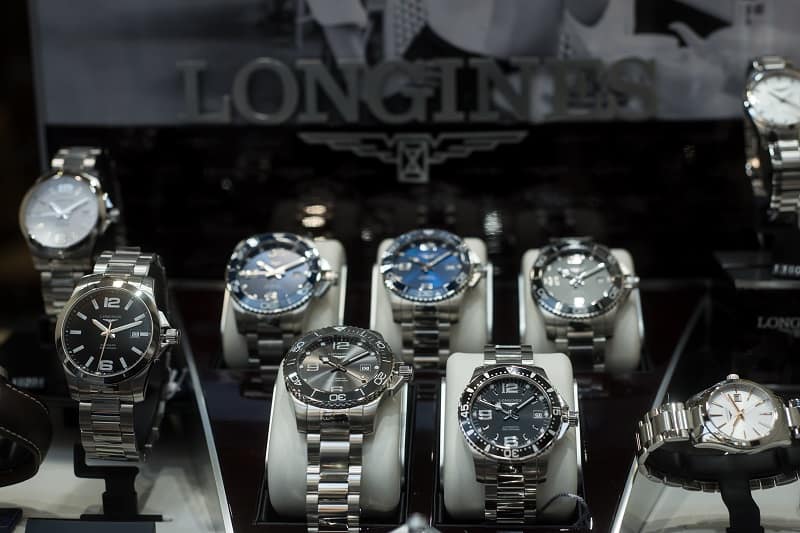 Longines is a Swiss watch manufacturer with yet another impressive history — it has been operating since way back in 1832. Notably, the company also happens to own the world’s oldest and unchanged trademark in the form of its distinctive hourglass logo.

Longines is another brand that is rich in history and folklore (it is said that Albert Einstein famously owned a few Longines watches), but how does it hold up as a watch brand for 2020 consumers?

Longines, in the modern context, is beloved by athletic individuals and is often worn by members of sports teams. This is especially true for the line known as the “Conquest Classic” that features an active design. However, the company also boasts lines that are more delicate and aesthetically beautiful, like the beautiful Master Collection.

Longines is also known for being an “affordable” luxury watch brand, though keep in mind that this term is relative! While Longines watches will still set you back a few thousand, if you’re somebody with an eye for luxurious detail, it may be well worth the price. 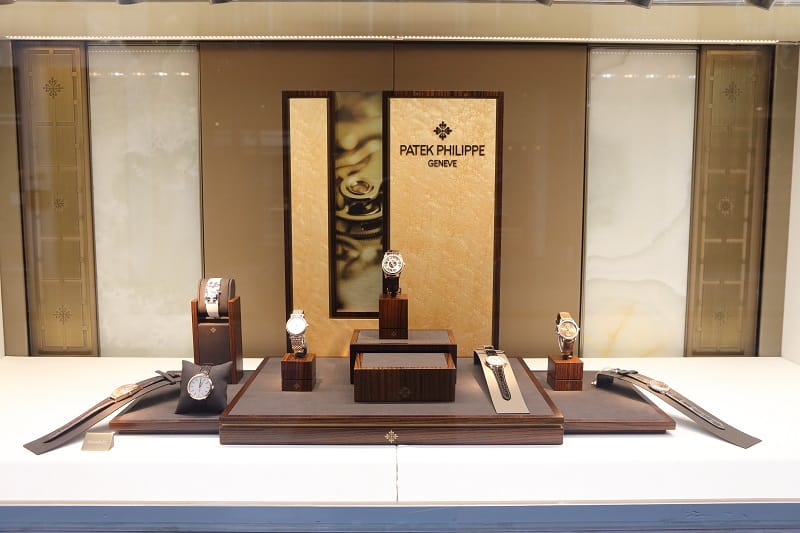 Patek Philippe was another product of the 19th century, having been formed in 1839 near Geneva. The company is known for its extremely complex mechanical watches, as well as its brick and mortar stores. Also, according to many watch enthusiasts, Patek Philippe also happens to make the best watches in the world.

Whether or not you agree with this statement, there is no denying that there is a lot to be in awe of when it comes to Patek Philippe watches. Not many companies would be able to pull off selling the most expensive pocket watch known to humankind, which describes the company’s $24 million Graves Supercomplication.

So, the company makes expensive and complicated watches, but what is there for the independent fashion-forward consumer? Aside from bragging rights, purchasing a Patek Philippe will provide you with a beautiful, impressive, and reliable watch that is sure to start many conversations. It’s also without a doubt a piece that will last you for life. 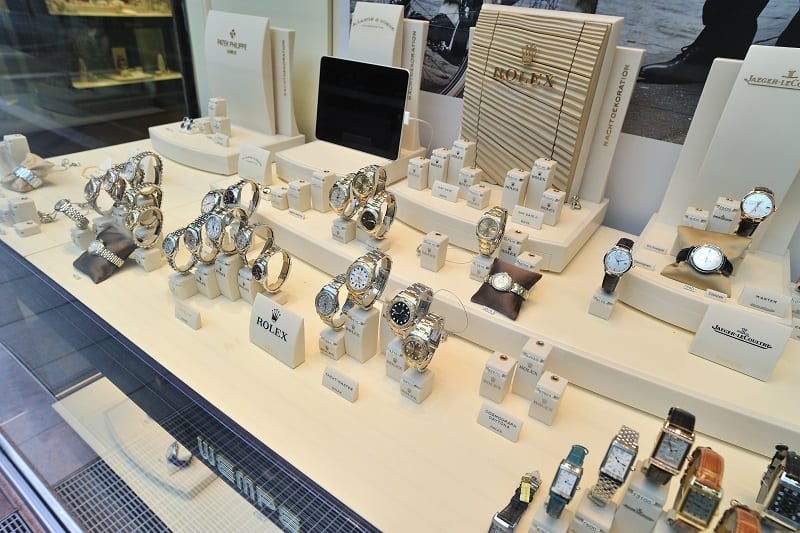 Of course — what would this list be without a mention of Rolex? Based in Geneva, Rolex was actually founded in the United Kingdom in 1905. Although that technically makes it one of the newer brands that we mention here, there is no denying that Rolex has made quite the name for themselves. And, they did it by making beautiful luxury watches.

More specifically, Rolex became a success through several watch inventions and patents, among them 1926’s Oyster, the world’s first waterproof watch, as well as 1945’s Datejust, the world’s first self-winding wristwatch that could also manage to show the current time and date on its dial.

This brand is probably the biggest household name on this list by far, so it’s worth determining whether or not this is a watch that is just all smokes and mirrors, or if it is a watch that actually stands on its own as a worthwhile luxury purchase. The answer to this is a resounding yes. Even in 2020, if you’re looking for a Swiss watch, Rolex is still a great option.

Consider this: a Rolex watch may not lead the pack in every single category, but if we are looking for overall reliability, there is no mistaking that Rolex is a great brand. If there is one word to describe Rolex as a company it’s consistent, and there is little more than a buyer can ask for in a watchmaker.

Rolex is so respected as a brand that even its competition, i.e. the other Swiss watch makers, will admit that Rolex offers a very solid product. 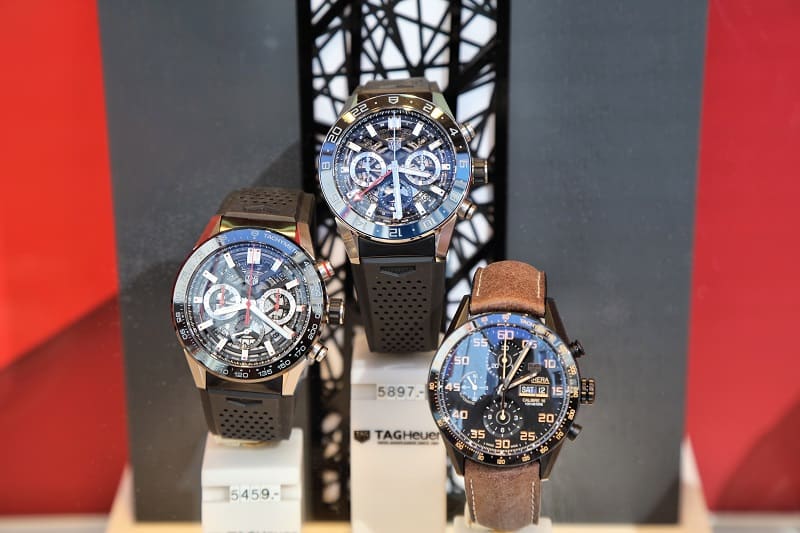 TAG Heuer is not only a Swiss watchmaker, but also a manufacturer of other accessories such as eyeglasses. Although it can sometimes get overshadowed by its other Swiss cousins, there are notable elements about TAG Heuer, such as its association with car racing.

In fact, it’s not for nothing that TAG Heuer’s most notable model is the Carrera, named for a highly dangerous automobile race across Mexico that was held in the 1950s. The TAG Heuer is also connected with famous outlaw actor Steve McQueen, who wore a Heuer in the 1970s movie about auto racing, “Le Mans”.

TAG Heuer still holds up in the modern day thanks to its dedication to a highly-precise chronograph that claims to be accurate down to fraction of a second. Despite the fact that they have been around for several decades, TAG Heuer has found its footing with a young, hip crowd today, probably due to the fact that its entrance price point can be a bit more forgiving than other luxury watches.

Is Rolex a Swiss watch brand?

Yes. Not only is Rolex a Swiss watch luxury brand, but it just might be the most famous Swiss watch brand of all time. It is currently based in Geneva, and is considered to be a Swiss watch brand under the current definition that Swiss watches must be 60% manufactured in Switzerland, and must feature Swiss-made movement.

Why are Swiss watches expensive?

Swiss watches are not only known as being well made and fashionable — they are also known for coming with a very high price tag. But why is this the case?

It’s mostly a result of the materials that watches are made with, which are the highest quality in the world. However, it also comes down to the long time that it takes to create a Swiss watch, as well as the high market demand.

Is buying watches in Switzerland cheaper?

You may have heard a rumor that it is more economical to purchase a Swiss watch in Switzerland. However, unlike most rumors, this one is actually true!

Due to the fact that Swiss watches are, by definition, made in Switzerland, which cuts down on transport and customs costs. Also, Switzerland offers a refund on sales tax (VAT) that tourists spend while in the country, which could also translate into additional savings for the consumer if the consumer is from out-of-country.