The hourglass is one of the oldest human instruments, carrying deep associations with life and death as imparted by the sands of time.

Past, present, and future are all contained within the hourglass, and the preciousness of each grain of sand reflects the minutes that pass in our lives and more importantly, what we devote them to.

Invented in ancient Alexandria, the hourglass was the first known household clock. Its popularity quickly spread from Egypt to the Northern regions, with each culture adapting the hourglass to suit their personal tastes and practices. It wasn’t long before the hourglass made its way into artistic renderings, from tarot spreads to tombstones, often used to instill a fear of death and the dangers of idleness. Many pirates adopted the hourglass symbol as well, flying it high to warn their targets that their time was drawing to a close.

While the intact hourglass is a popular tattoo choice, some individuals opt for the dramatic broken vessel. Long regarded as a symbol of death and the end to one’s hours, the broken hourglass has also come to represent personal victory over time, of breaking free from one’s confinement to the past.

Worn on the arm or shoulder where it can be easily glimpses, the broken hourglass is nothing short of a badge of honor, the rebel’s mark of revolt against time as we know and fear it. 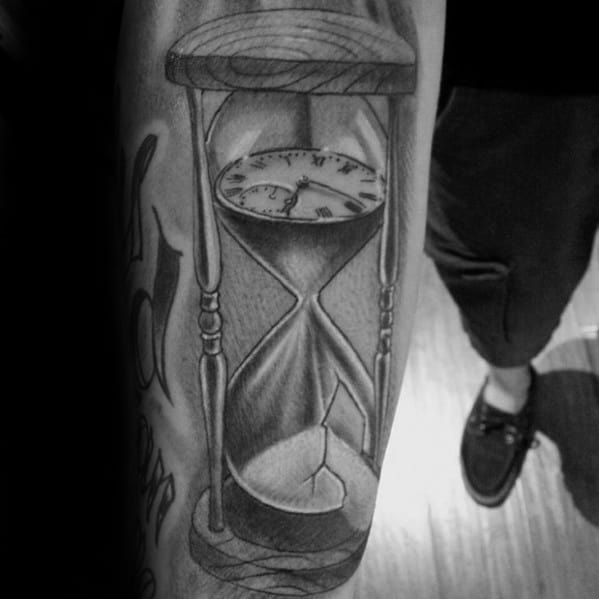 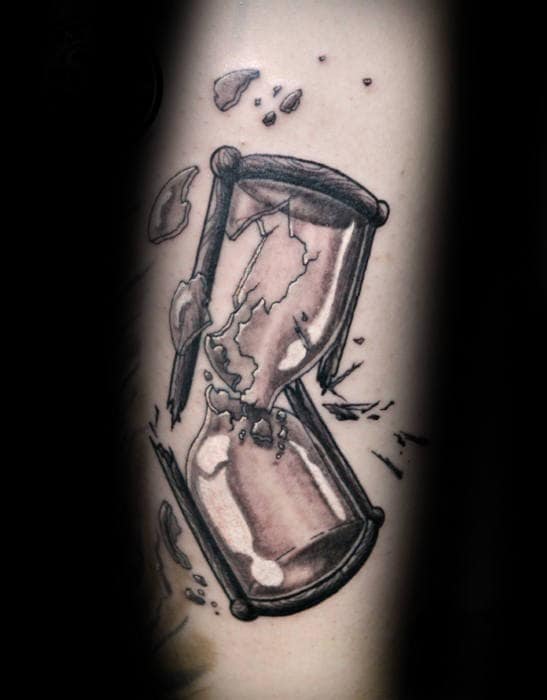 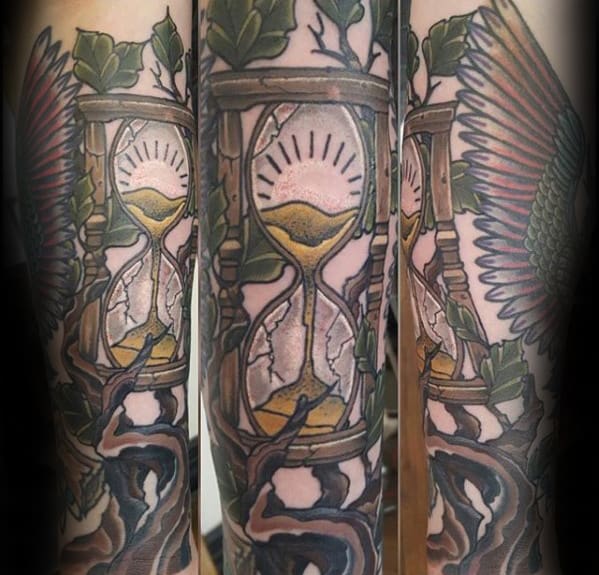 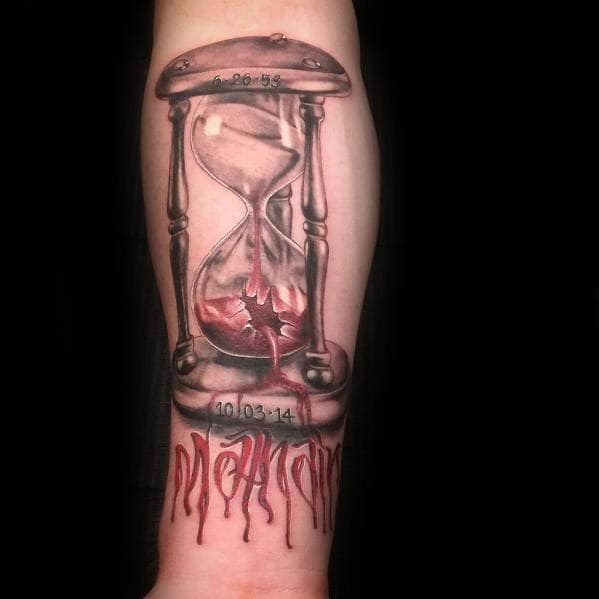 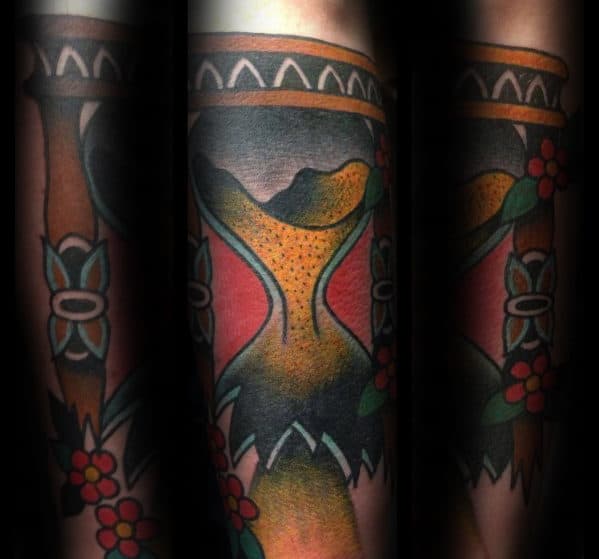 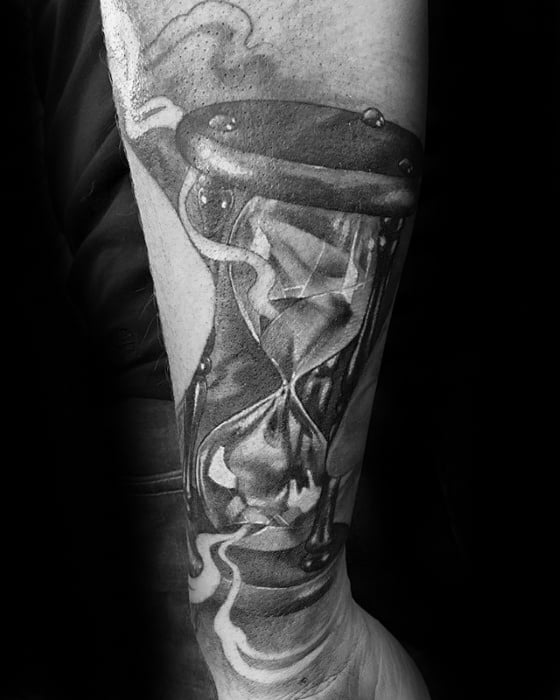 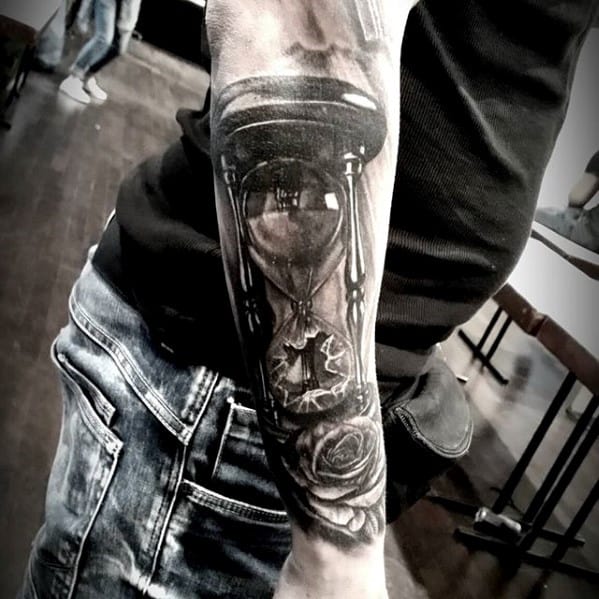 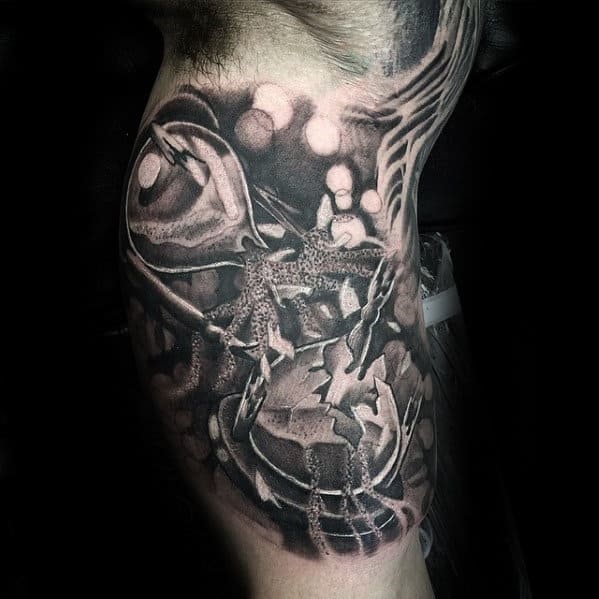 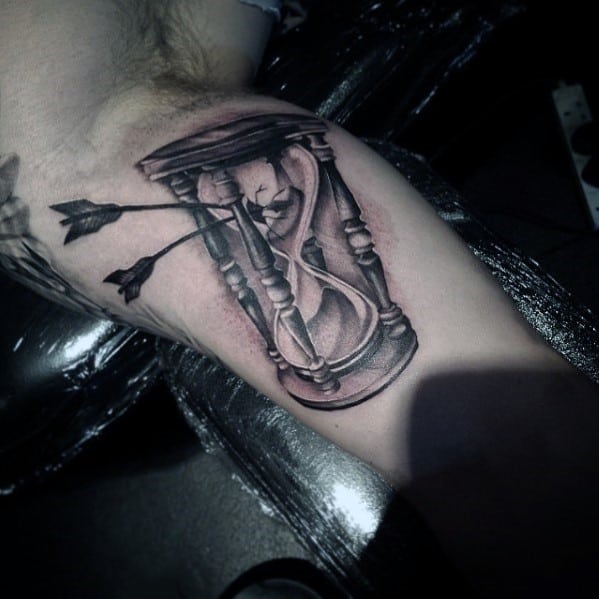 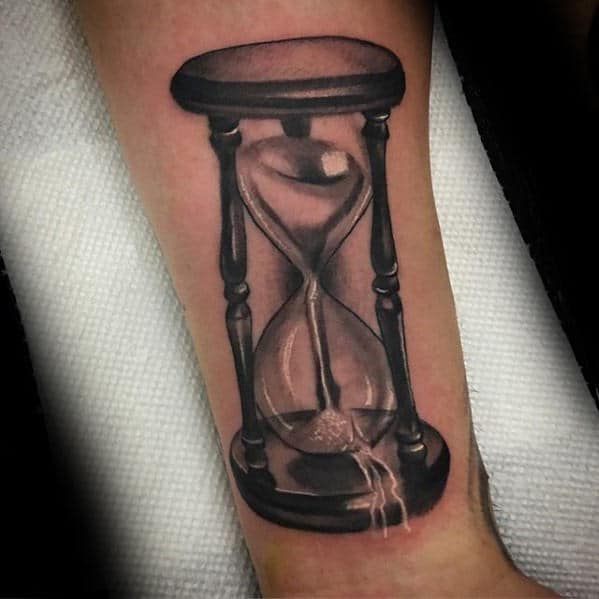 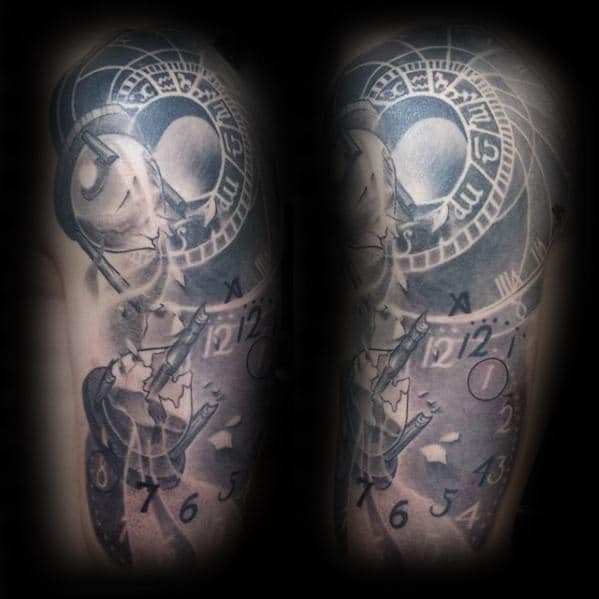 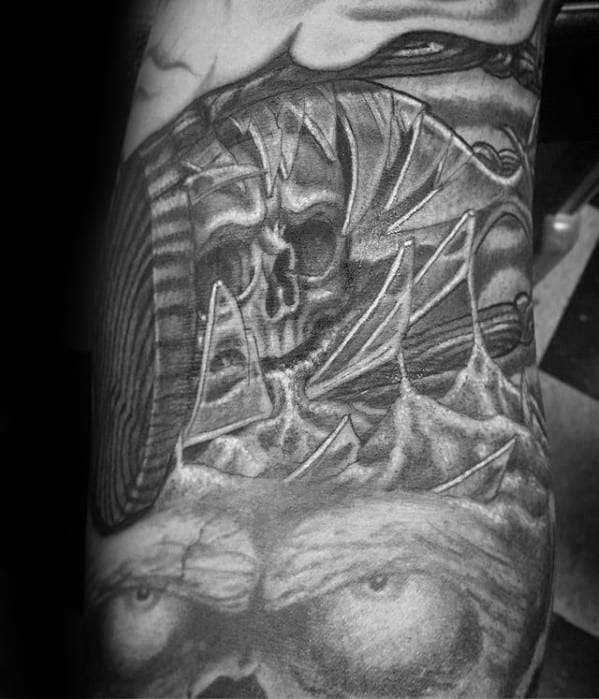 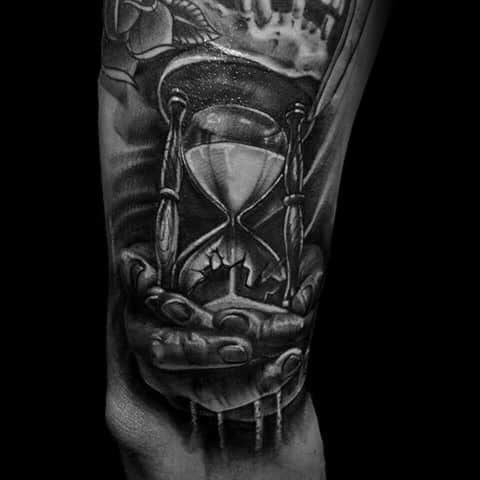 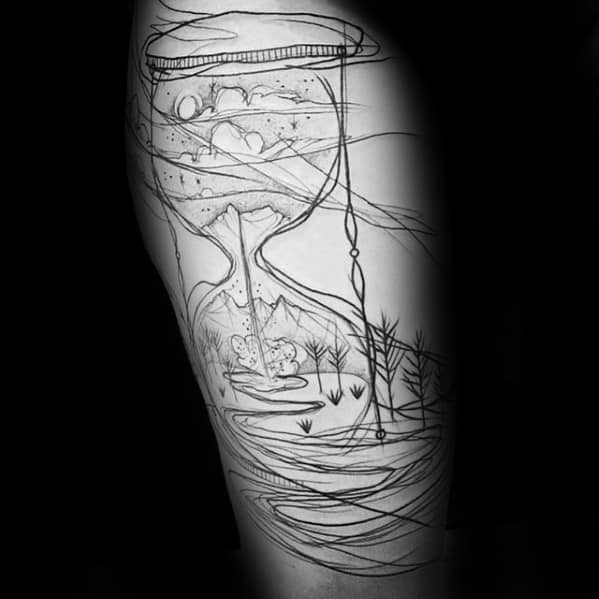 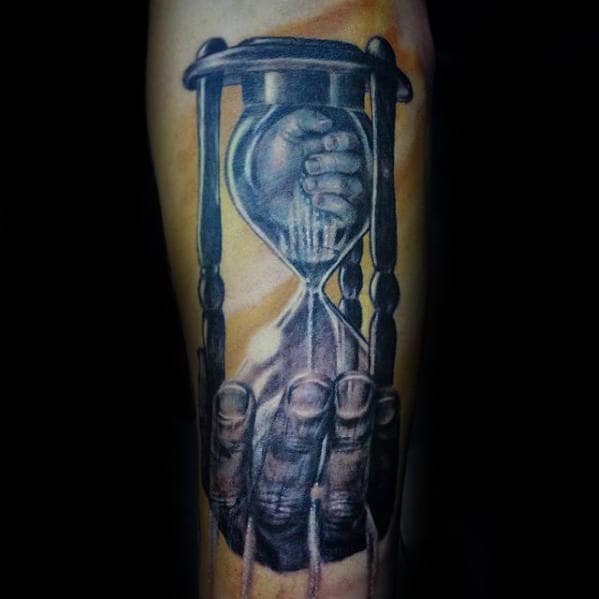 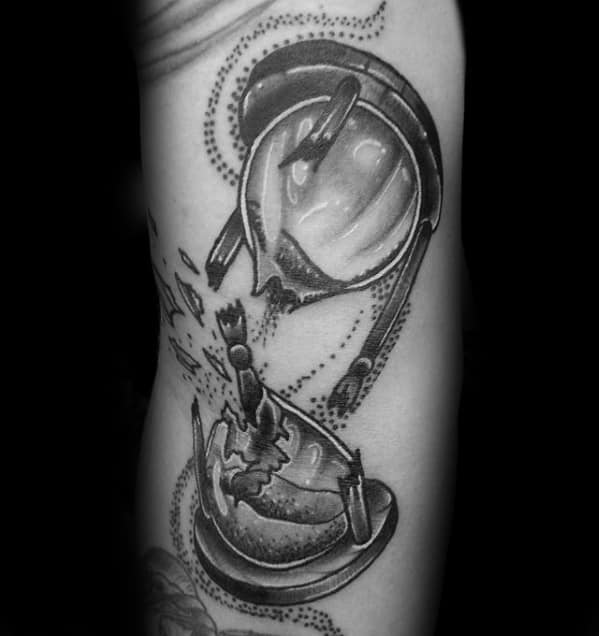 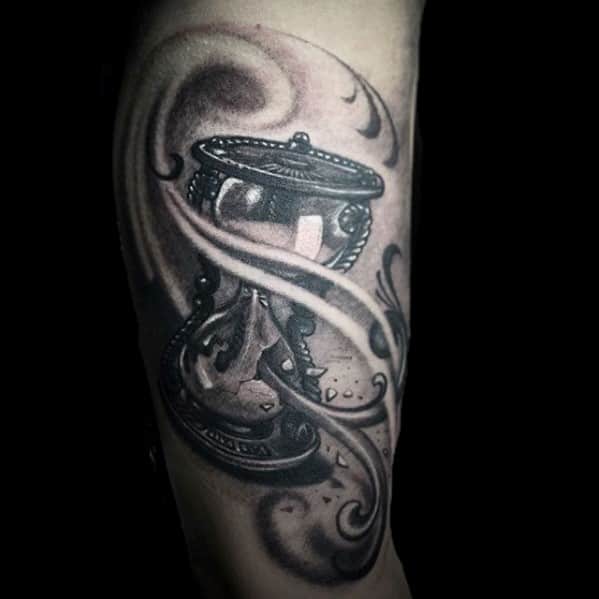 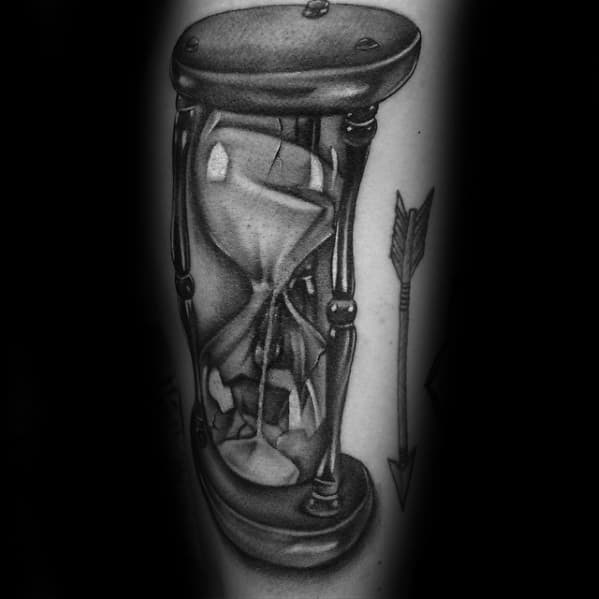 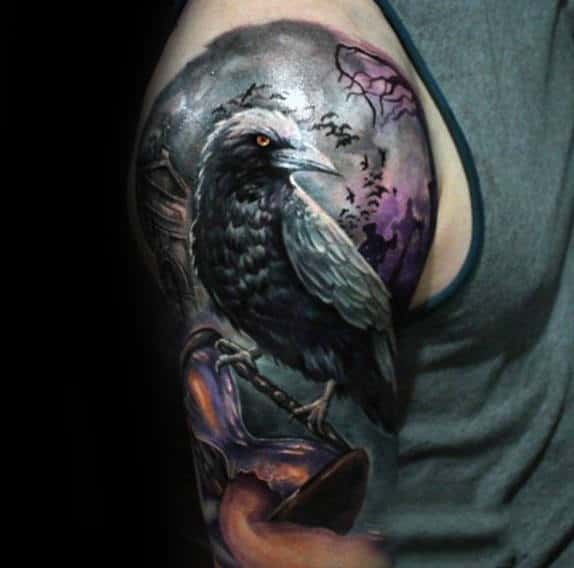 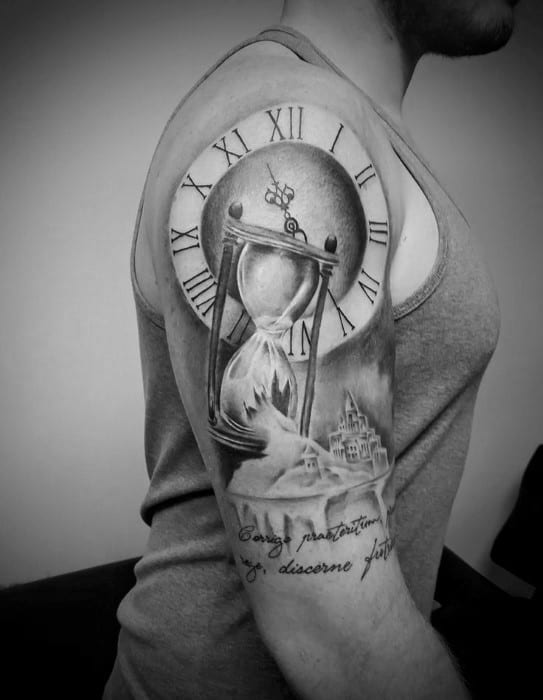 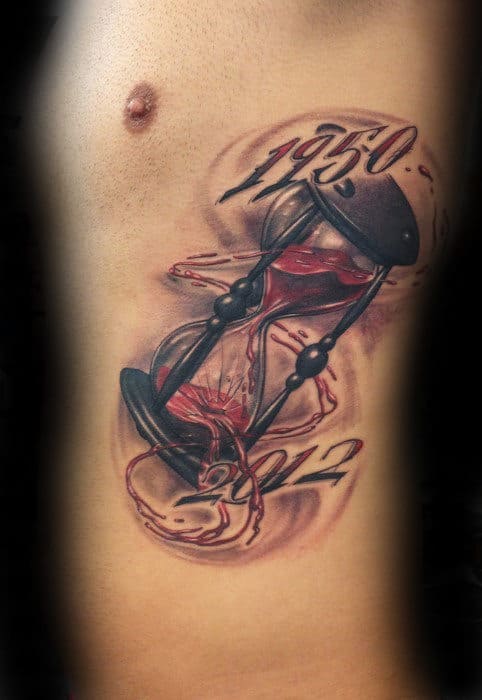 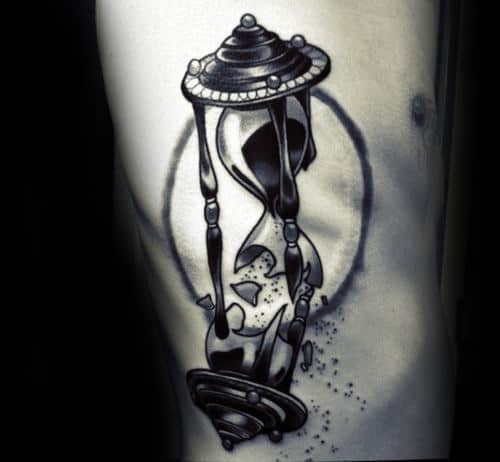 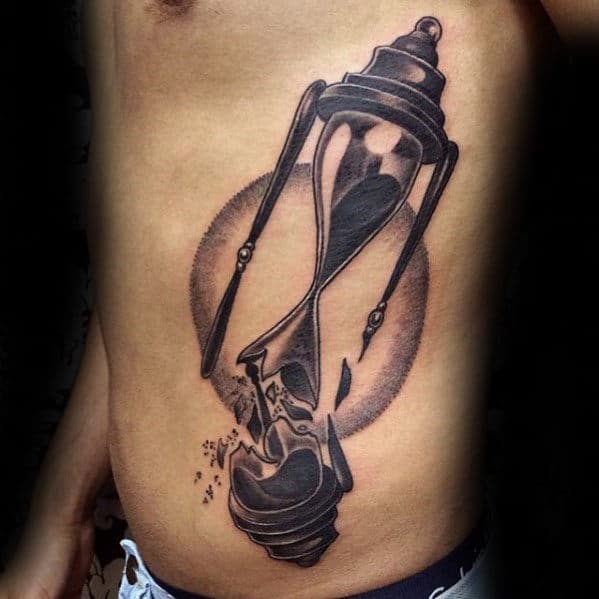 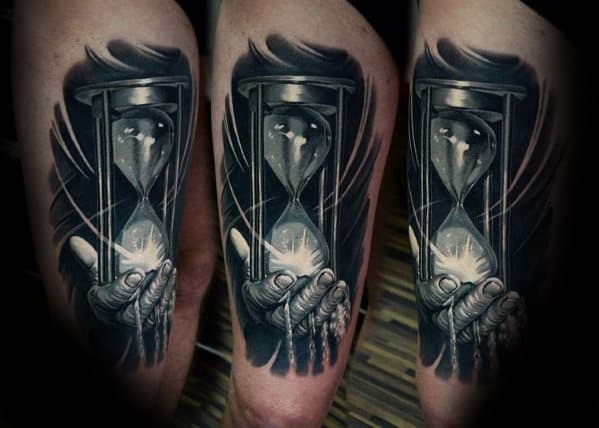 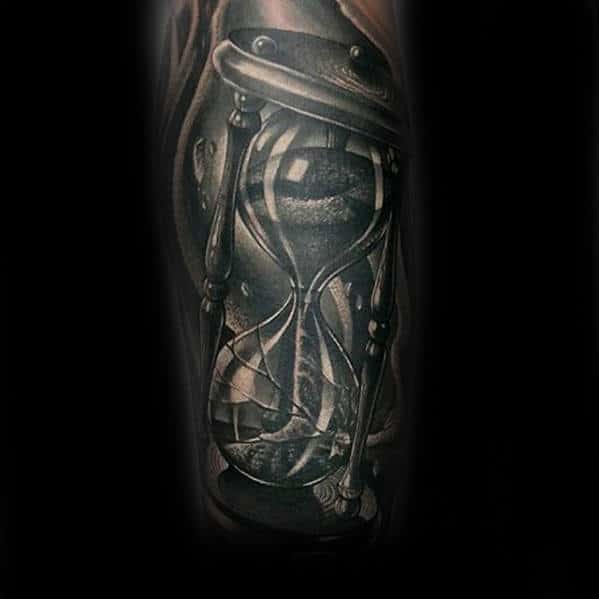 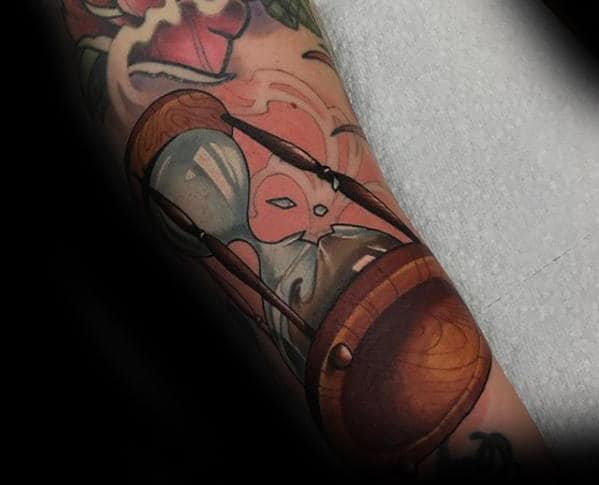