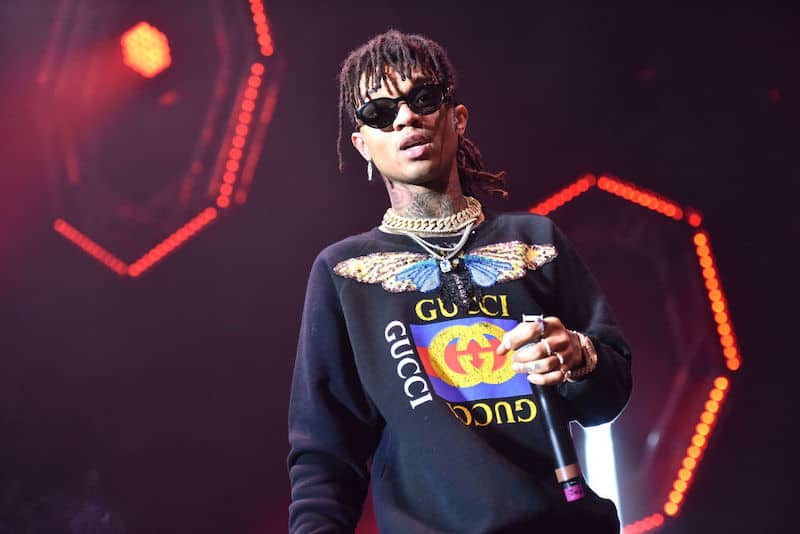 There is no denying the mutualistic symbiotic relationship that fashion and hip-hop have shared through the years. Though one has never really controlled the other, they have both had massive influences on one another through the decades, creating a sort of cohesive ebb and flow that has inspired artistry across the world. From athleticwear to clubbing ensembles, there are several brands that have made a name for themselves in the music industry.

From adidas to Gucci, the influence that these brands have had on hip hop goes far beyond price point and really depends on style and scene. In order to help you better understand the history between fashion and the music industry, here is our list of the top 10 fashion brands that influenced hip-hop. 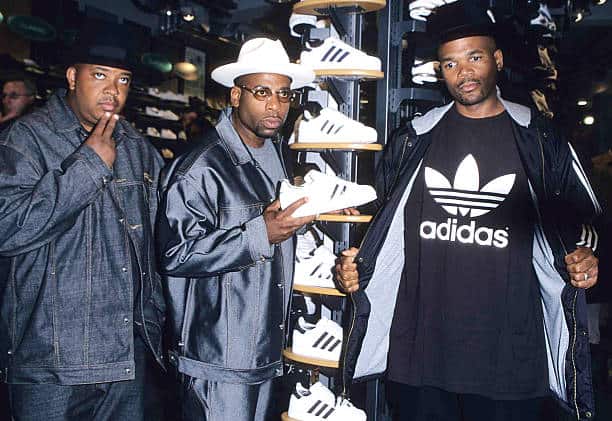 Both affordable yet attractive, adidas is a common household brand that never skimps when it comes to quality. From their iconic slides to their athletic wear, rappers and hip-hop artists have been spotted wearing adidas for several years now, and their love for it has made it a common and easily accessible brand. Run-DMC is one of the key artists to help adidas crossover into hip-hop, with the band always spotted in adidas tracksuits and shoes during their peak in the 80s. Since then everyone from Beyonce to Kanye West has sported adidas in some form, making it one of the biggest brands in hip-hop.

Whether you’re looking for footwear or sleek pants that will suit your body and your style for everyday use, adidas has you covered. As a brand that expands upon and gets creative with street style, adidas has no shortage of creativity or fun when it comes to their clothing. 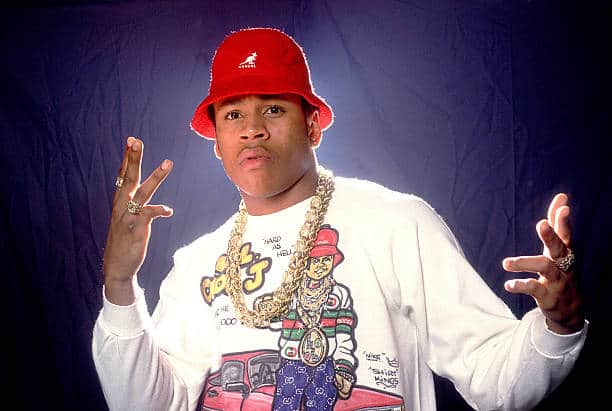 Kangol’s furry bucket hats have turned heads and turned tables at the DJ booth due to their unique yet loveable style. Though they also sell backpacks, bags, and regular clothing, their innovative and creative bucket hats, favored by LL Cool J, have made a mark on the hip-hop industry as a whole. 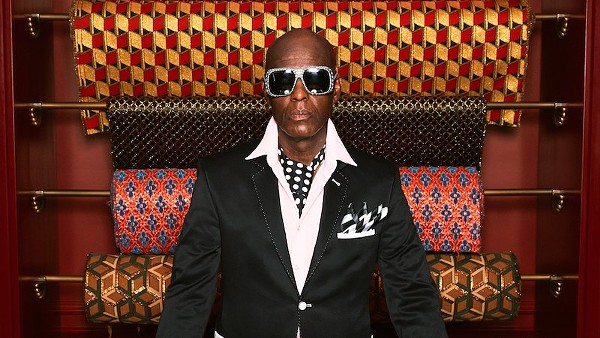 Created by black men, for black men, Dapper Dan is a classy yet funky brand that designs some of the most innovative and unique suits in the market. Started in the 80s by Daniel Day, aka Dapper Dan, this famous Harlem brand brought chic to gangster rap. With a desire to give back to the culture that it represents, Dapper Dan is diligent in keeping up with the times and ensuring that it does everything possible to contribute to both culture and music. 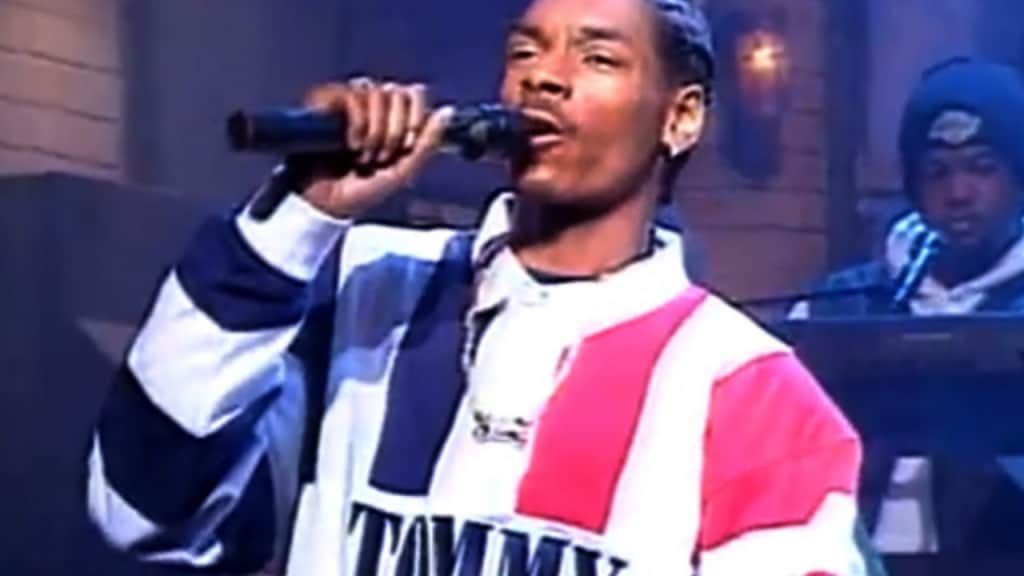 Though Tommy Hilfiger might be best known for maintaining somewhat of a prep vibe and style, the brand has also played a large role in the lives of some of hip-hops biggest and best. The basic yet regal style of Tommy Hilfiger became somewhat of a middle ground for the preppiest of the preps, and the biggest stars of hip-hop during the 90s.

The iconic red and blue colors are used in ways that are both subtle and bold, giving shoppers a wide range of options when it comes to browsing their inventory. Whether you’re looking for accessories, shoes, or suits, Tommy Hilfiger is a brand that is worth checking out. 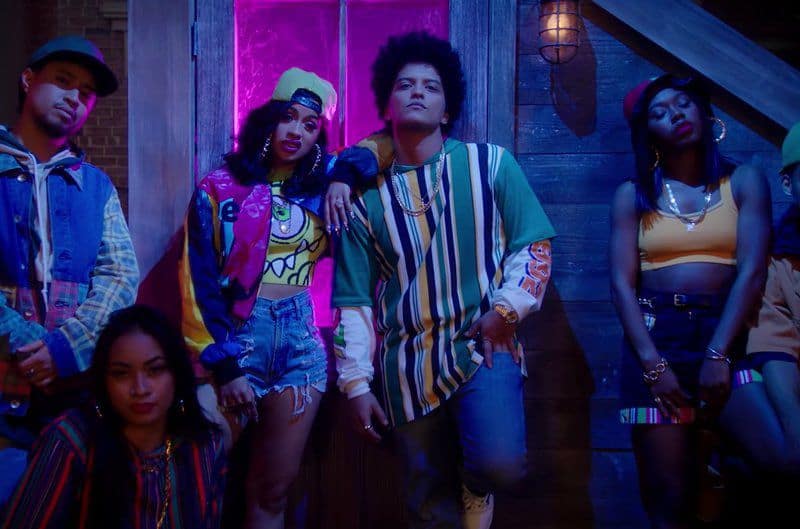 Looking to add some vibrancy and color to your life? Cross Colors pays homage to traditional African patterns and colors through its modern yet unique designs. Getting its start in the 90s, the list of rappers to have worn Cross Colors is extensive and includes TLC, Snoop Dogg, Tupac, Future, Cardi B, Run DMC, Dr. Dre, Lil Kim, and Mary J. Blige.

If you’re looking for t-shirts that share a message, or denim that stands out among the crowd, Cross Colors should be your number one destination for exploration. Providing an accessible and honest connection to the foundational roots of Africa, Cross Colors blends fashion and purpose for a greater cause than simple style. They sell everything from shoes to jewelry to sweatpants and polos. 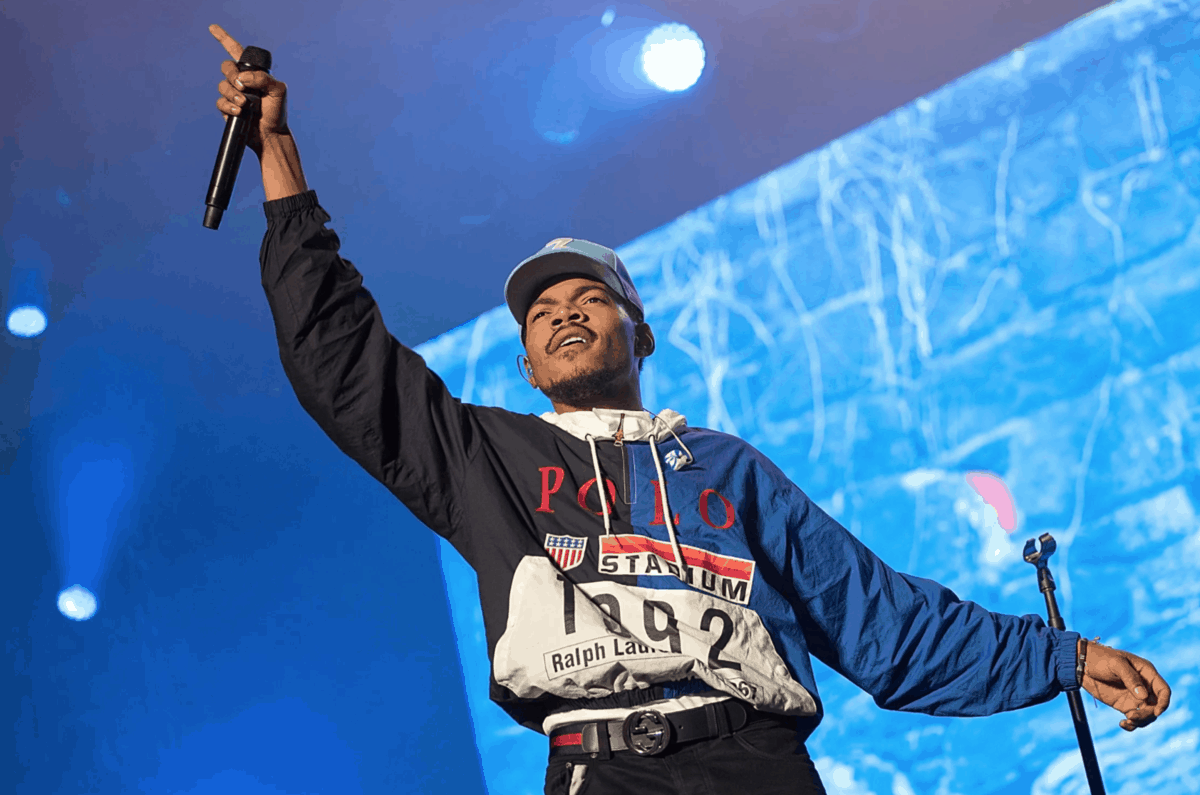 Similar to Tommy Hilfiger, Polo Ralph Lauren has a tendency to be lumped with the preppier of fashion designers. However, several big-time rappers and hip-hop icons have been known to sport Ralph Lauren every now and again. At the 2021 Met Gala, Chance the Rapper even wore a custom Ralph Lauren suit that is unlike anything that you would normally expect from the iconic brand. 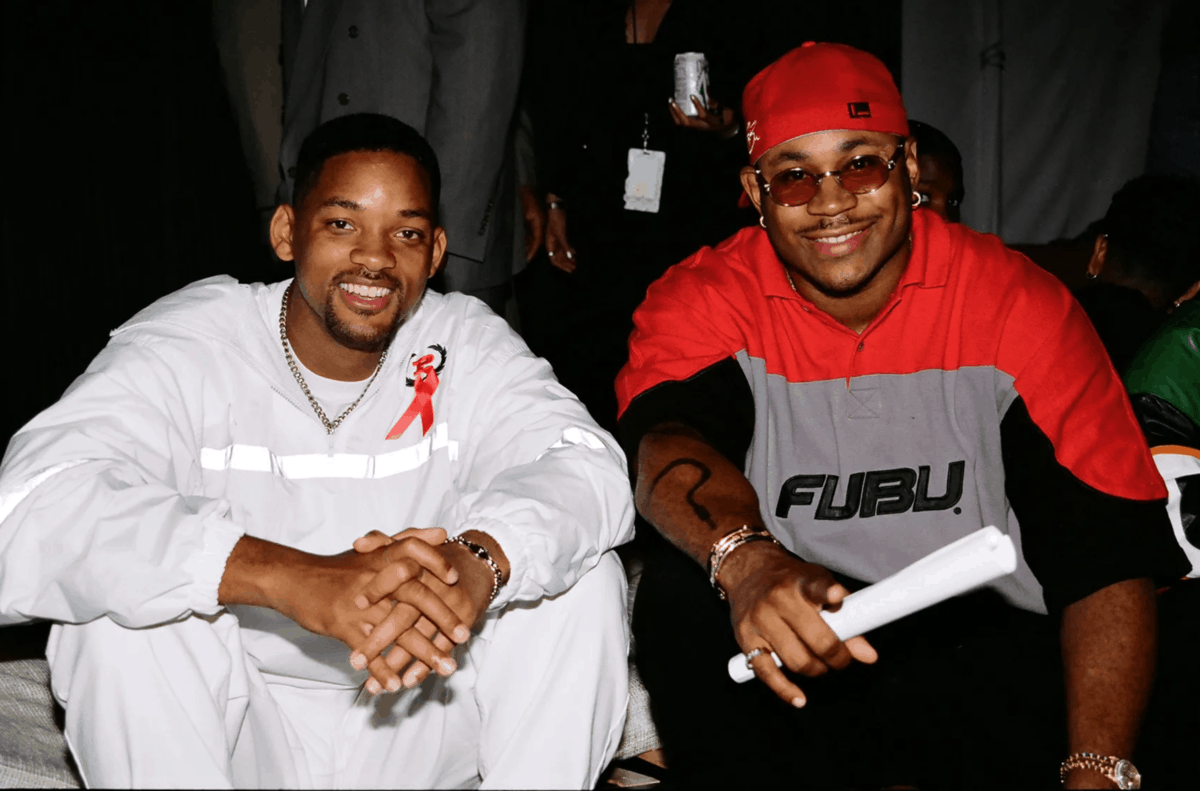 Along with having its own radio station, FUBU taps into the trendy street style that has made a major comeback in recent years. Providing mostly casual get-ups that boast both comfort and modern fashion, FUBU is a brand that should seriously be in every man’s closet… simply for his own good. At the very least, try your hand at one of their creative graphic tees or shorts. You simply won’t regret it! 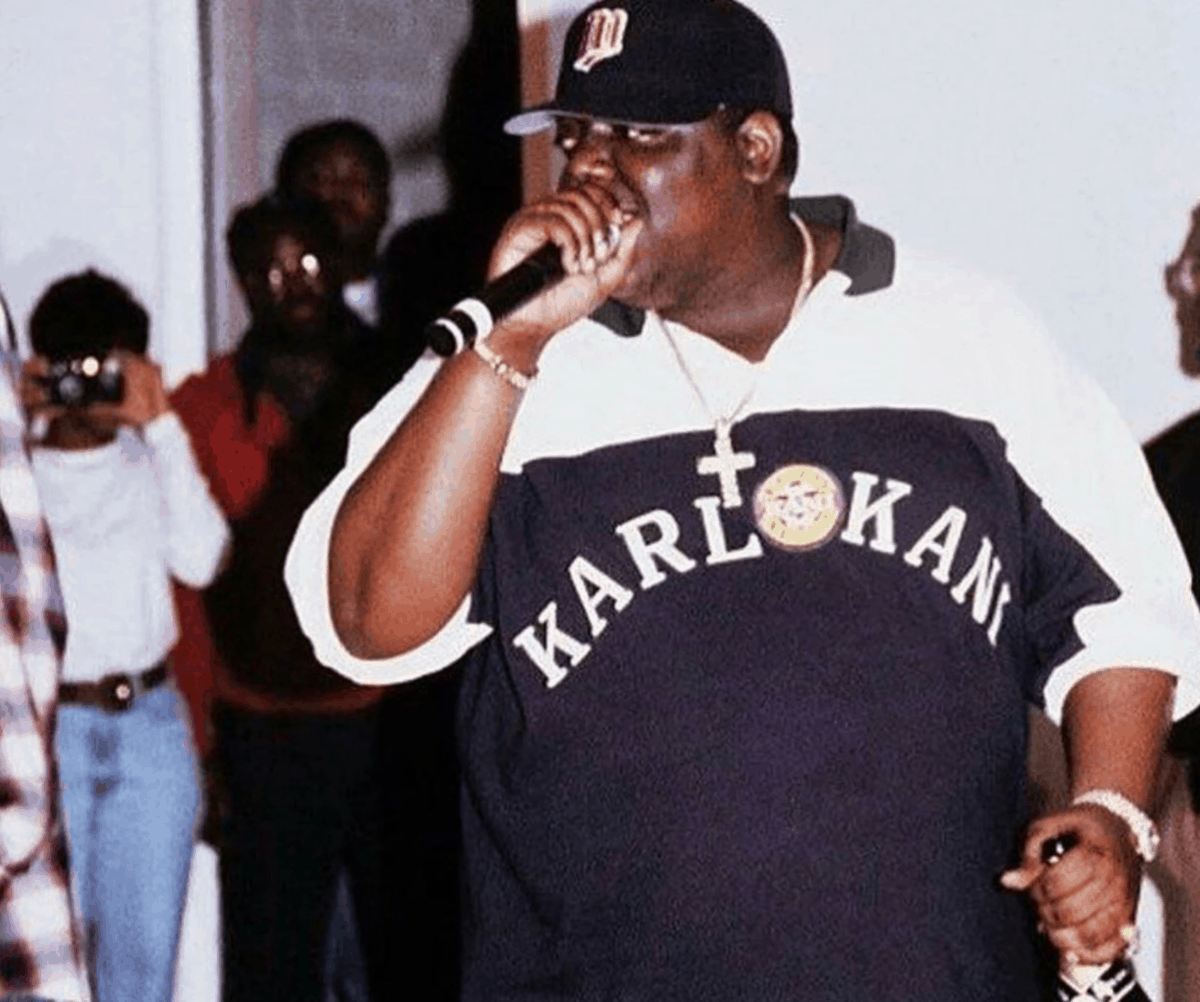 While Karl Kani has had an undeniable influence on hip-hop, it can be said that hip-hop has also had an undeniable influence on Karl Kani. This high-end fashion brand sells everything from hoodies to joggers to bucket hats. Its flashy yet refined style makes it a unique contributor to pop culture and all that is trendy. With vibrant colors that pop and contemporary styles and designs that wow, it is no surprise that Karl Kani is worn by several big-name rappers and hip-hop stars. 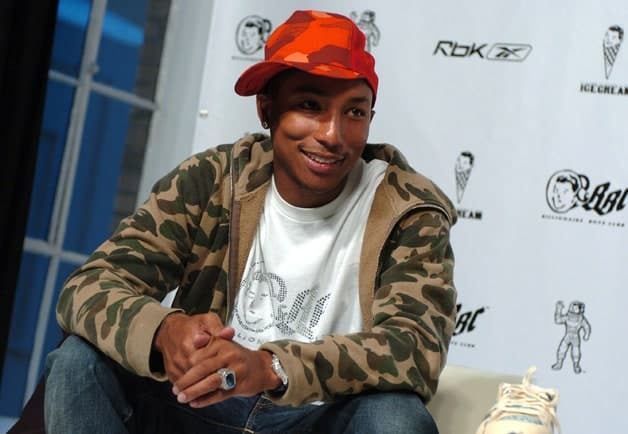 Perhaps the most influential and consistent streetwear brand found among the hip-hop industry comes from none other than A Bathing Ape. This brand manages to remain super low-key, all while catering to some of the most demanding and innovative styles of the modern century. Though they are best known for their glasses and eyewear, A Bathing Ape also sells tee shirts, bags, and miscellaneous items such as cell phone cases, bean bags, and baby clothes. Their colorful yet casual vibe has made quite the mark on the hip-hop industry, adding a bit of vibrancy and life to the recording studio and beyond. 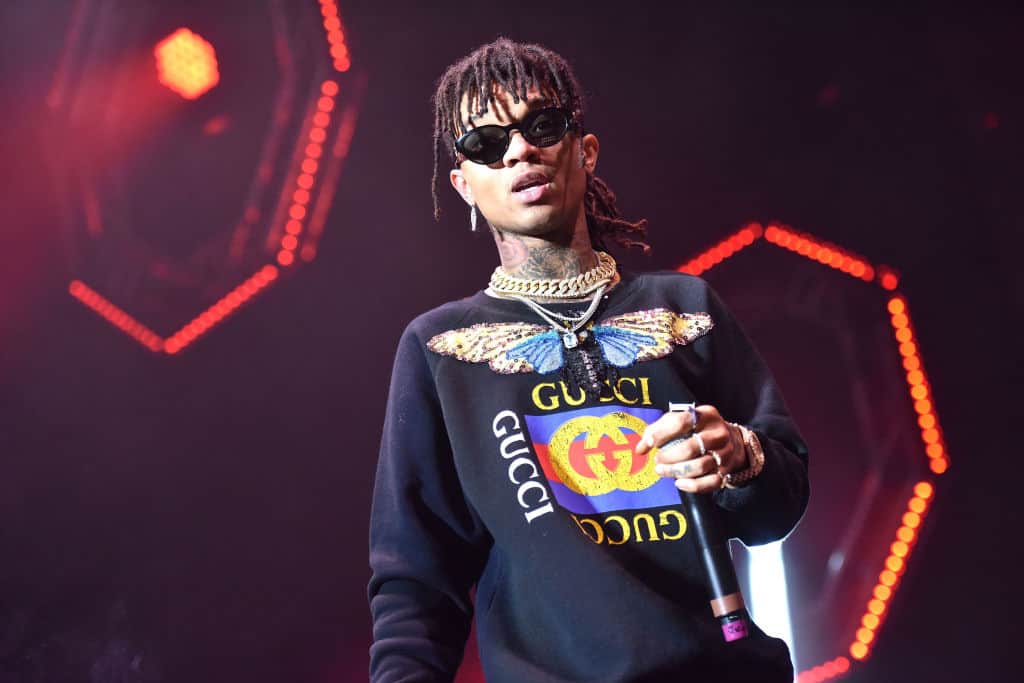 From Kylie Jenner to Machine Gun Kelly, it seems like every modern celebrity is sporting Gucci. However, hip-hop stars such as Jay Z and A$AP Rocky have shown that Gucci is far more than a fashion brand. In fact, it is a total lifestyle brand. From hats to shoes to shirts to bags, Gucci has made a name for itself due to its iconic logo and unmatched ability to prey upon the elite crowd of celebrity desire. It seems like no matter where you look, or what tabloid you browse through, it is nearly impossible to flip a single page or turn in a single direction without spotting a well-known artist in Gucci.