Sapkowski’s world of The Witcher is dark and fantastic, the stories themselves having been adapted into films, television series, video games, and graphic novels, as well as translated into over a dozen languages.

The central figure of The Witcher series, the “white wolf” Geralt of Rivia, has held audiences captive for decades, and has naturally had his likeness inked onto many an ardent fan’s flesh.

The monster hunter’s imposing figure–striking white-blond hair and beard, icy blue eyes, and armor forged to muscle–has made for some of the most unforgettable modern tattoo art to date. Gazing out from a boldly-colored forearm, bicep, or shoulder, Geralt cuts a figure you wouldn’t want to cross but won’t soon forget, and it’s likely the same can be said of his image’s wearer. Geralt’s steely courage was famously offset by his unwavering sense of self; trained–and scarred–from a young age in the mercenary art of slaying monsters, his loyalties are frequently tested by the lure of the coin.

Geralt is not an easy man to understand, but the goodness that dwells in the shadows of his character is not unlike that of many who walk upon this earth. Courage often comes at the cost of prior suffering, as many a man knows only too well. A Geralt tattoo hints at far more than mere cosplay fandom, and fellow Witcher fans will recognize the deeper message in an instant. 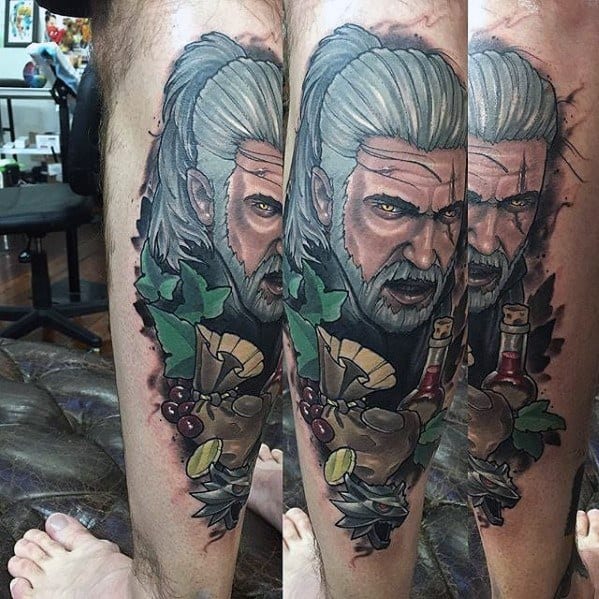 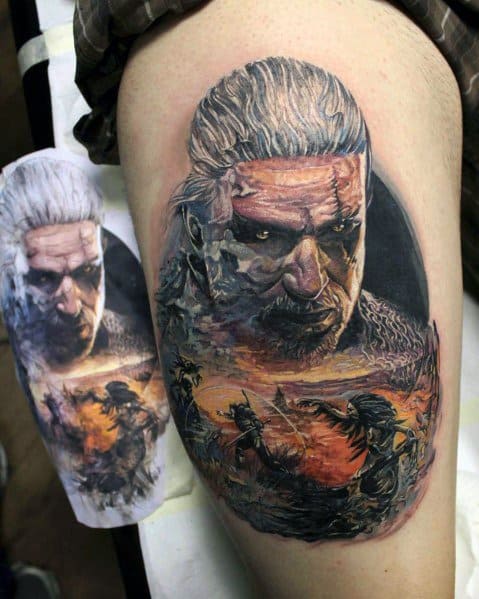 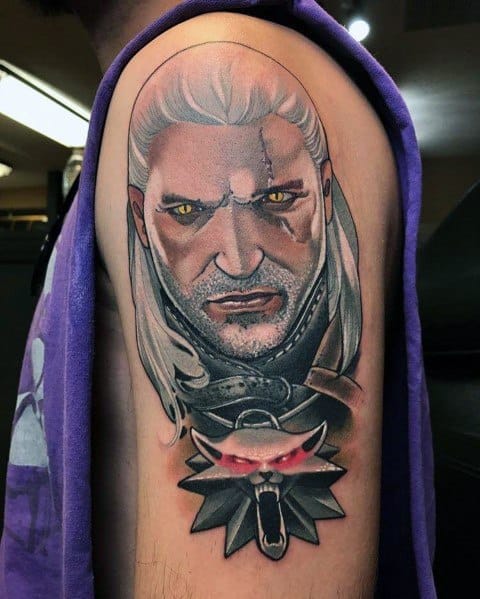 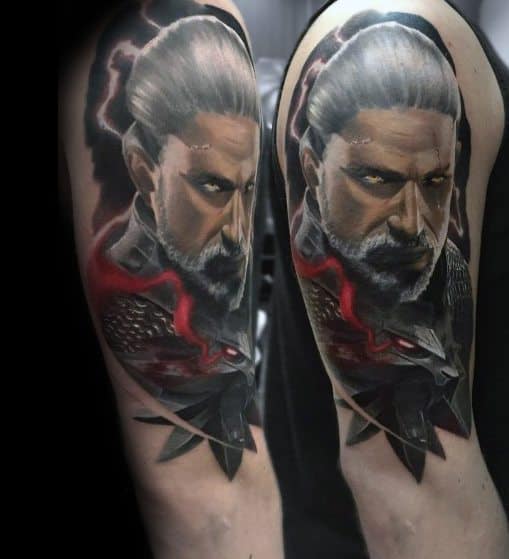 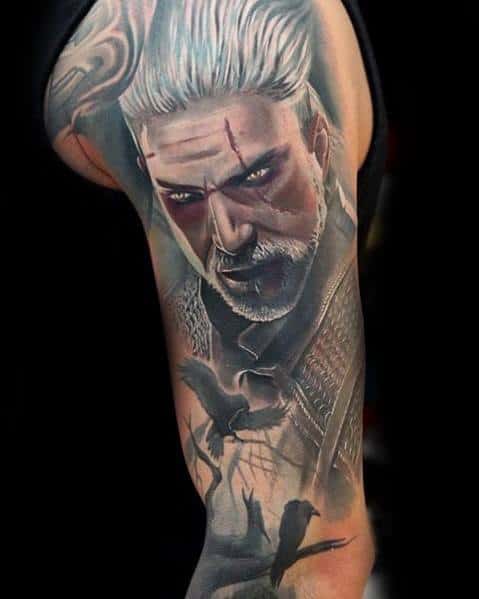 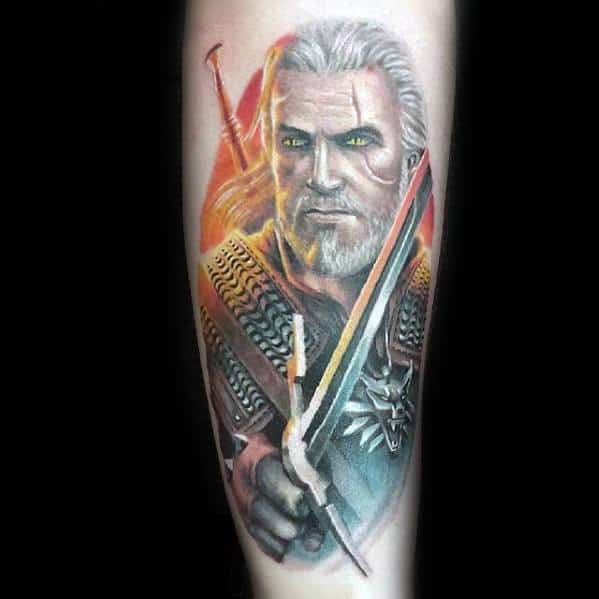 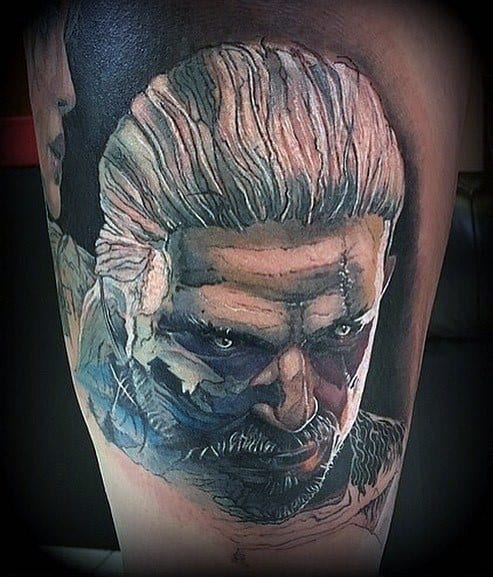 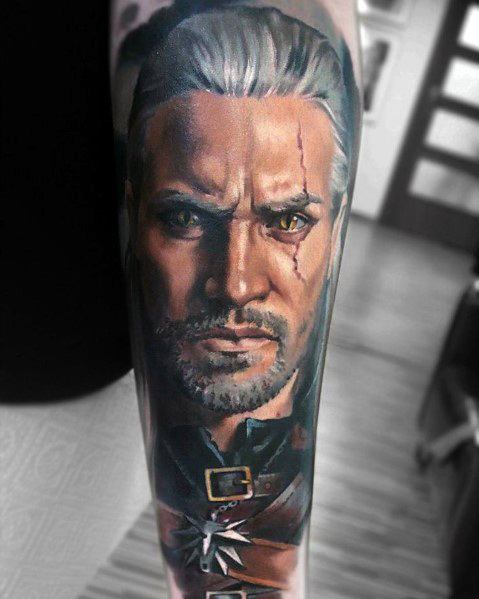 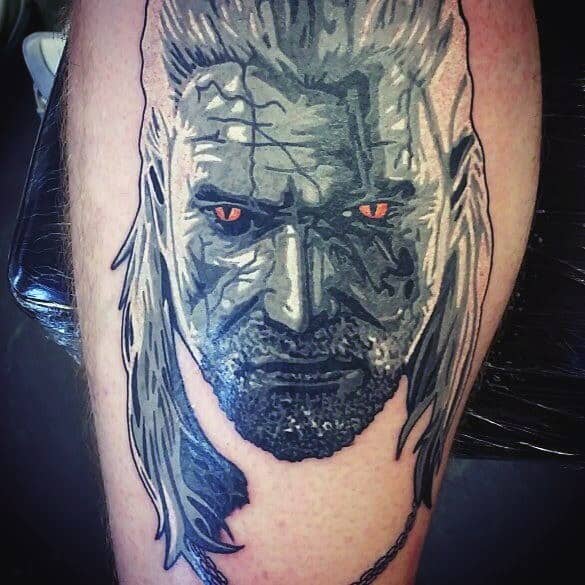 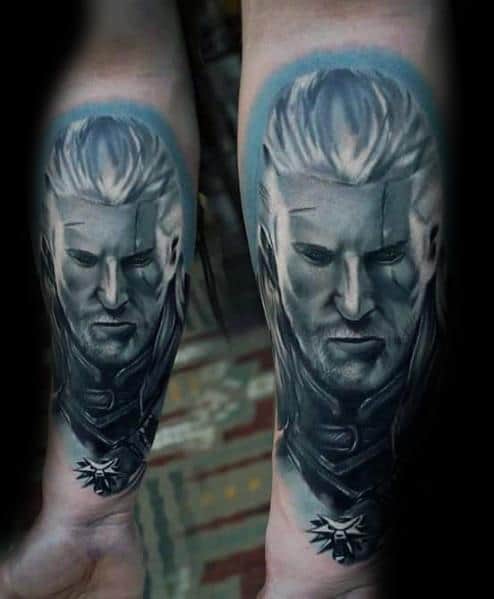 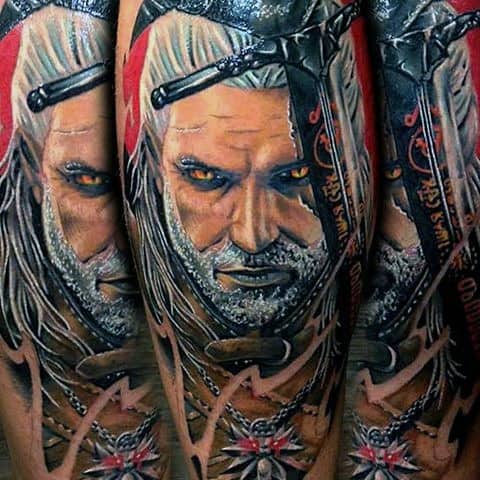 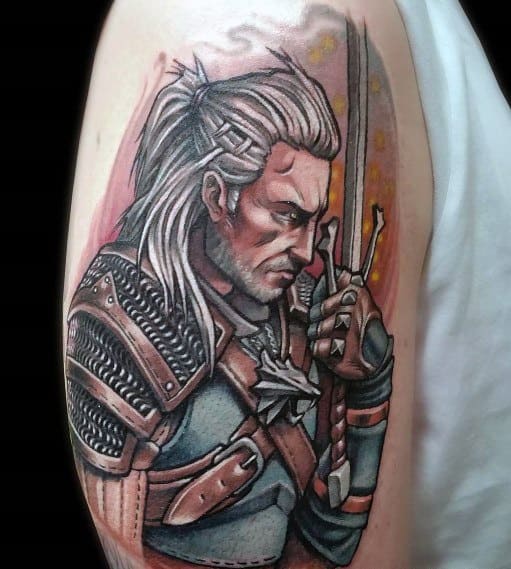 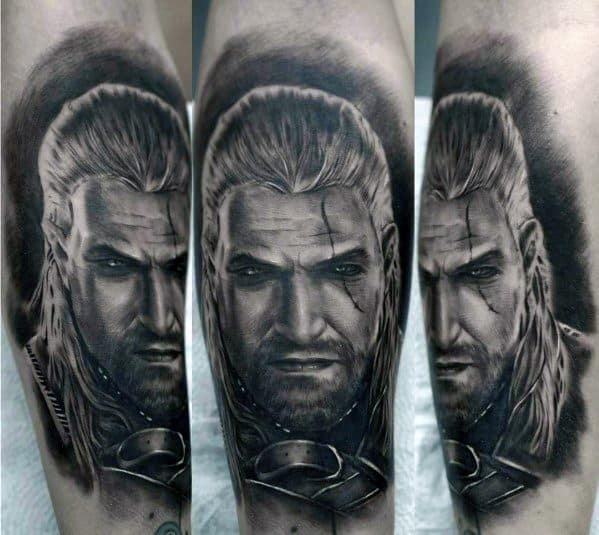 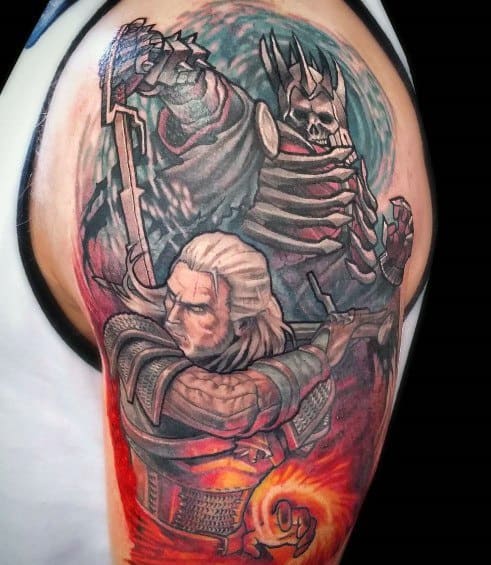 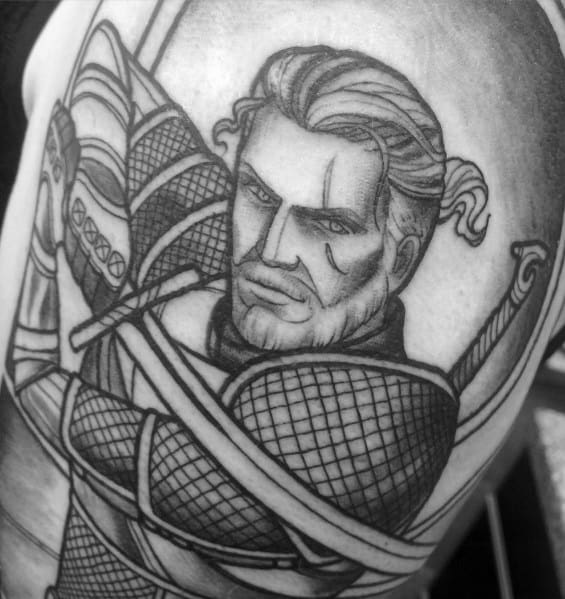 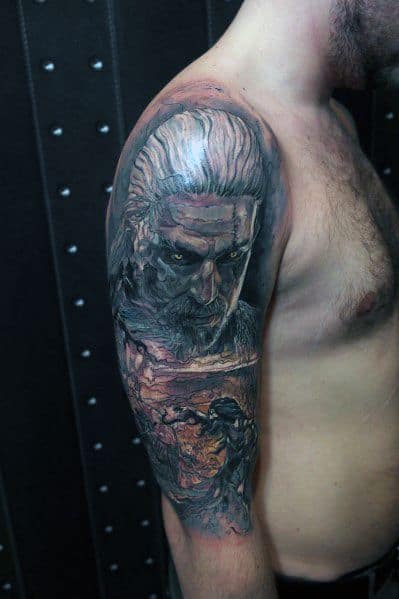 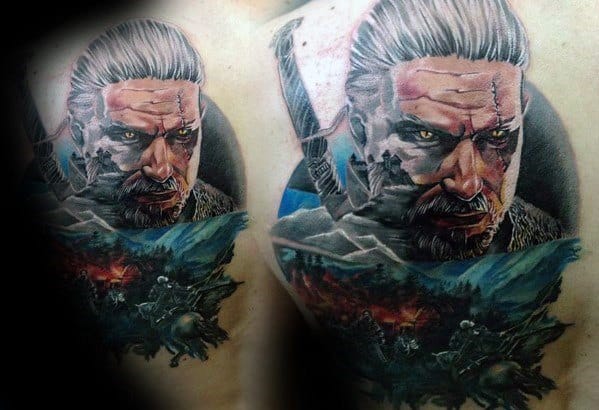 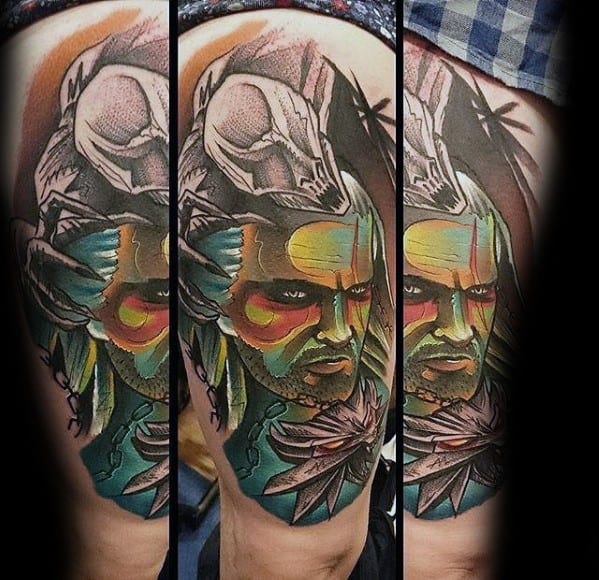 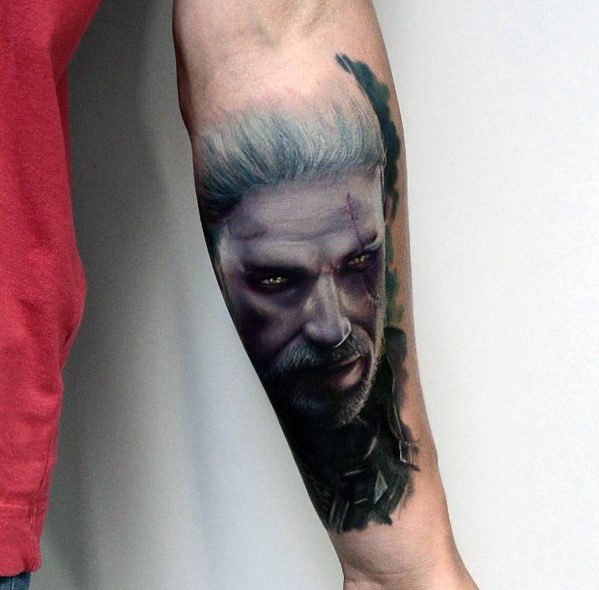 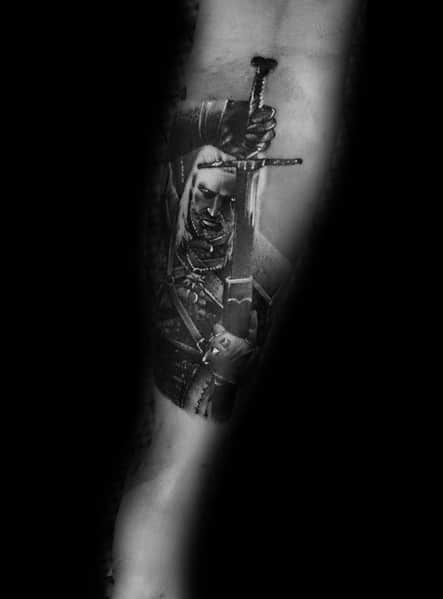 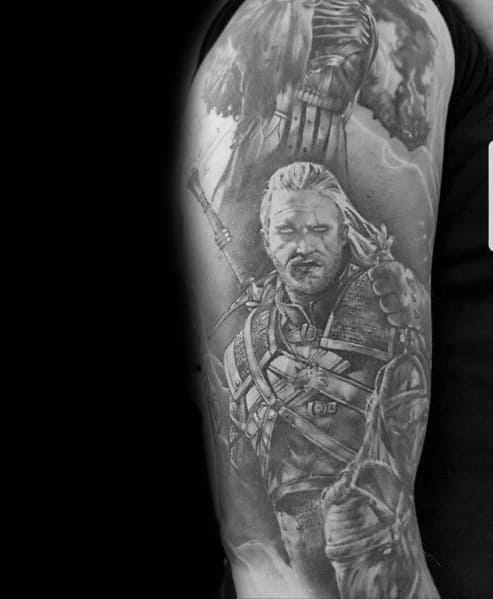 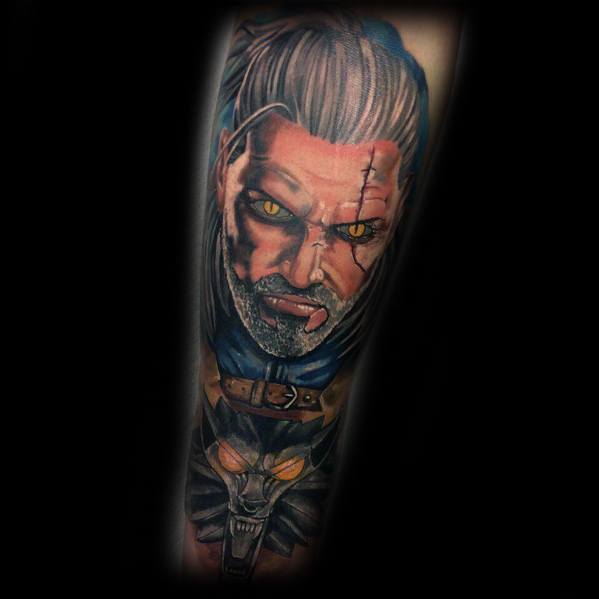 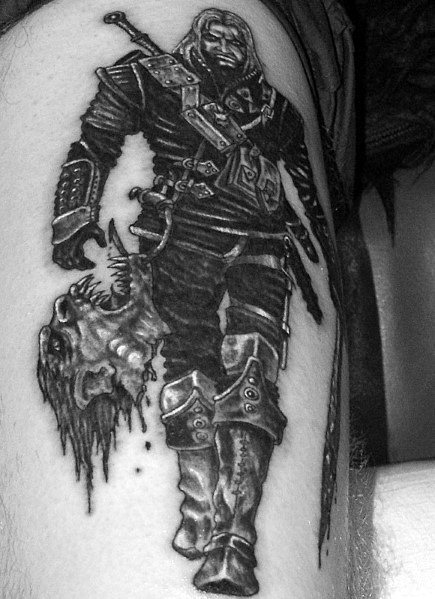 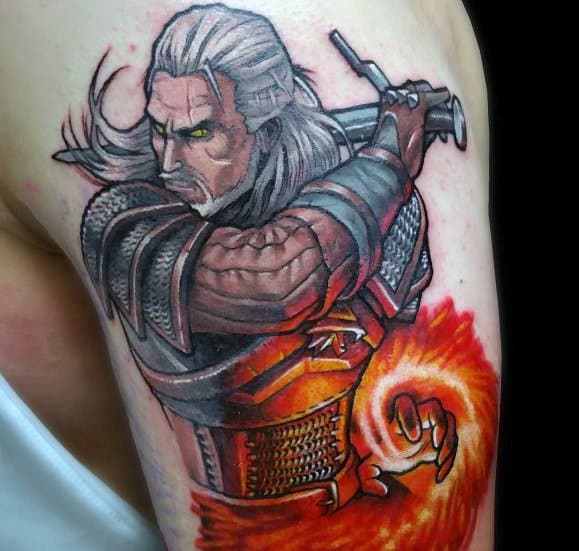