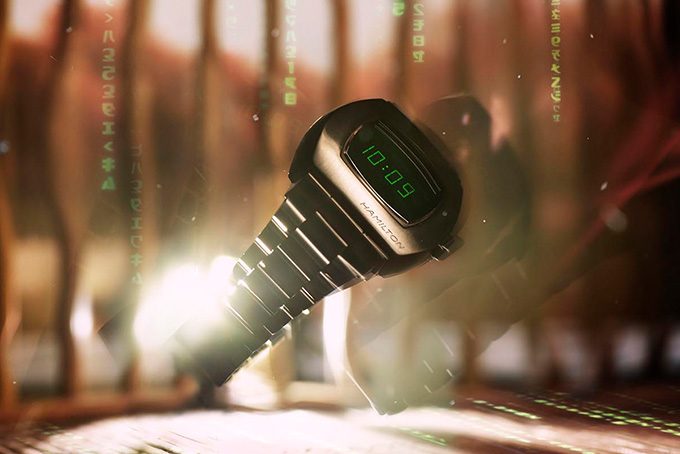 No true fan of The Matrix would miss the chance to sport gear like Neo’s – and now you won’t have to thanks to the PSR MTX Digital Quartz Watch by Hamilton. In reality, there’s no better way to become “The One.”

The Hamilton PSR MTX brings back the affinity we all once held for the likes of Morpheus, Trinity, and Neo. The timepiece is entirely black save for the Matrix-like LCD numerals in green. The digital rain pattern on the watch’s reverse will immediately catch the eye of anybody who’s at least seen the trailer for the film, if not the whole movie. It also marks the special packaging for the timepiece.

The watchmaker Hamilton is American-founded and Swiss-owned, giving it a certain edge in terms of taking on a Hollywood blockbuster. The brand’s reach is certainly expanding with the debut of this film-themed digital quartz watch.

The Hamilton PSR MTX is a revision of the current retro PSR set to commemorate the newest chapter in the film’s franchise. What makes this rendition different is the Green LCD and OLED hybrid display in what was formerly a red one. The stainless steel case is now matte black PVD.

The dark coat gives the Hamilton timepiece the sleek shape one would expect of a Matrix-inspired artifact. The heavily branded case also surpasses expectations in its design, offering owners the feeling they have in their hands a real piece of the film. 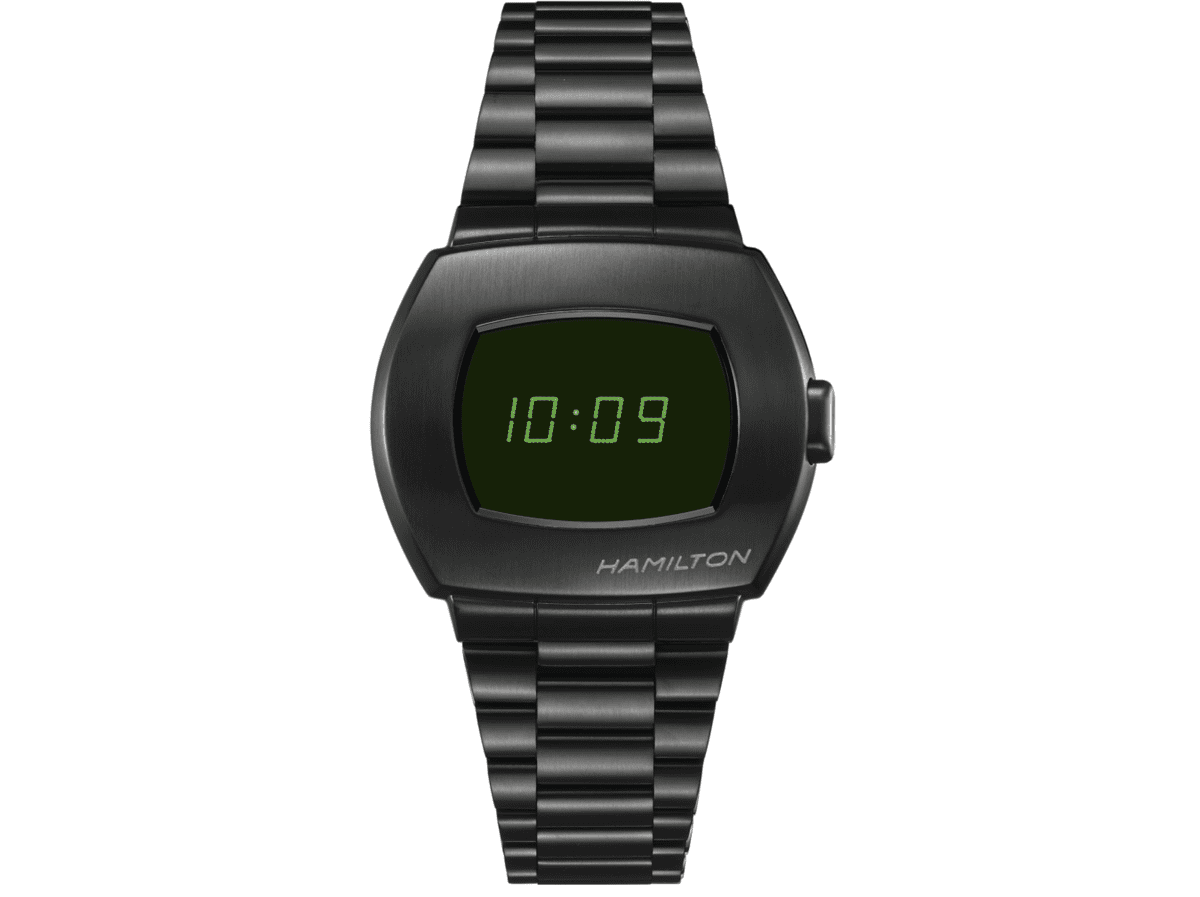 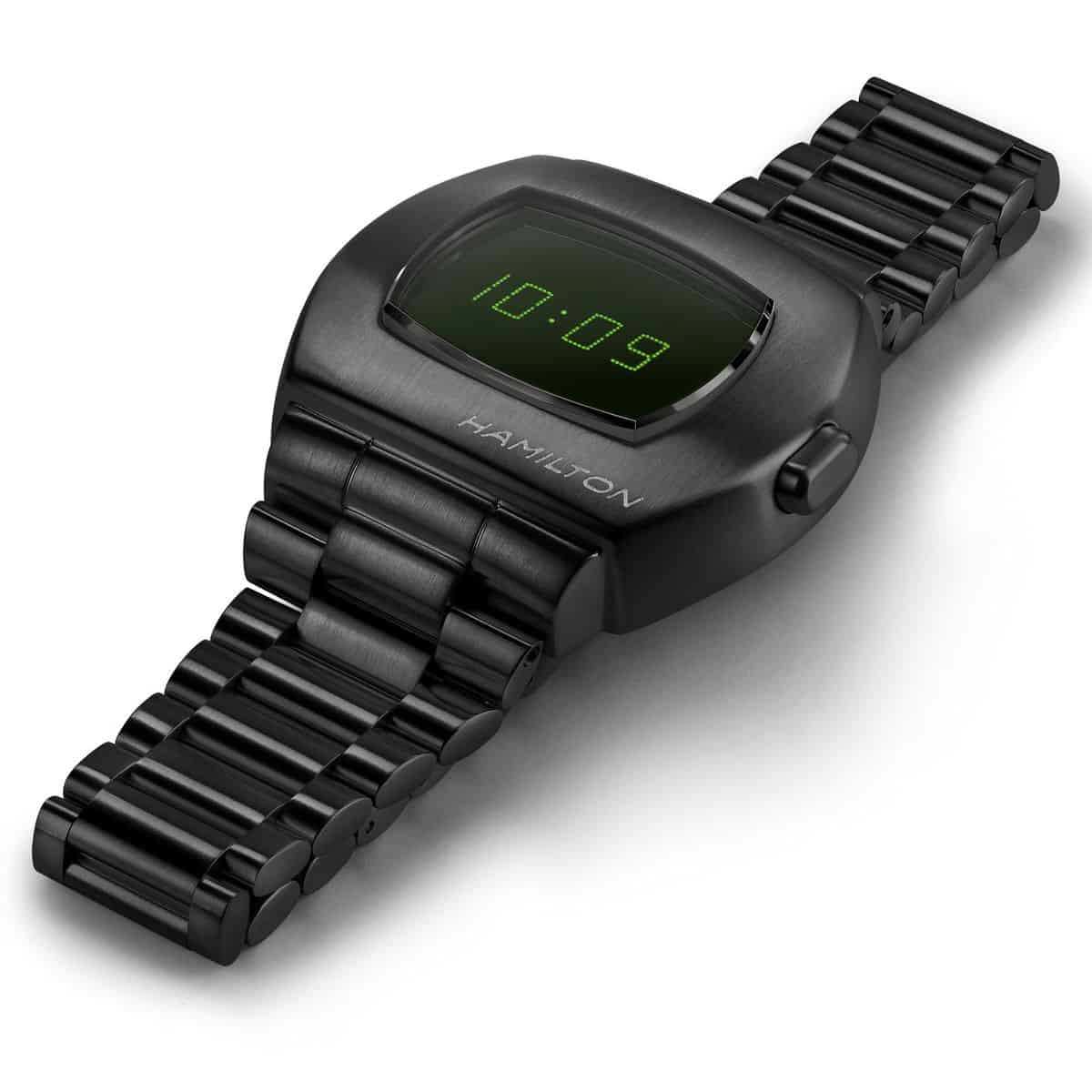 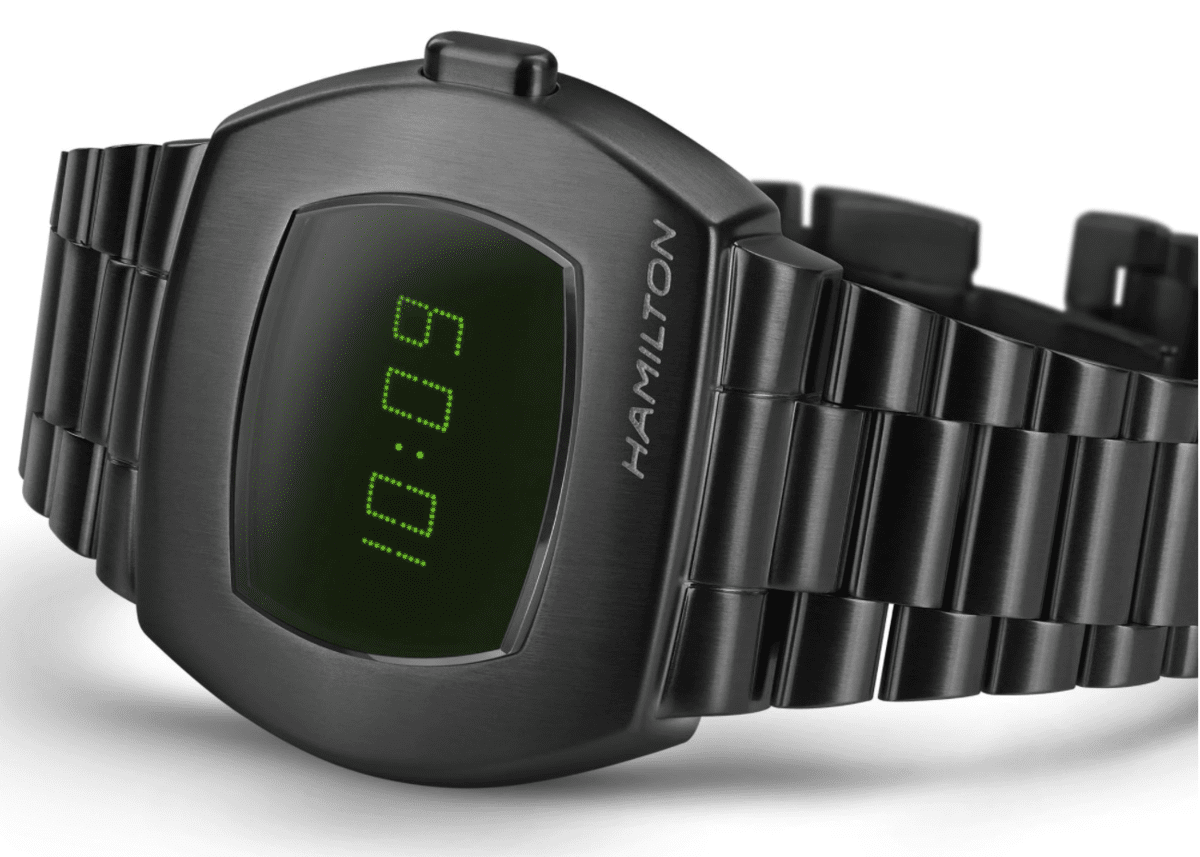 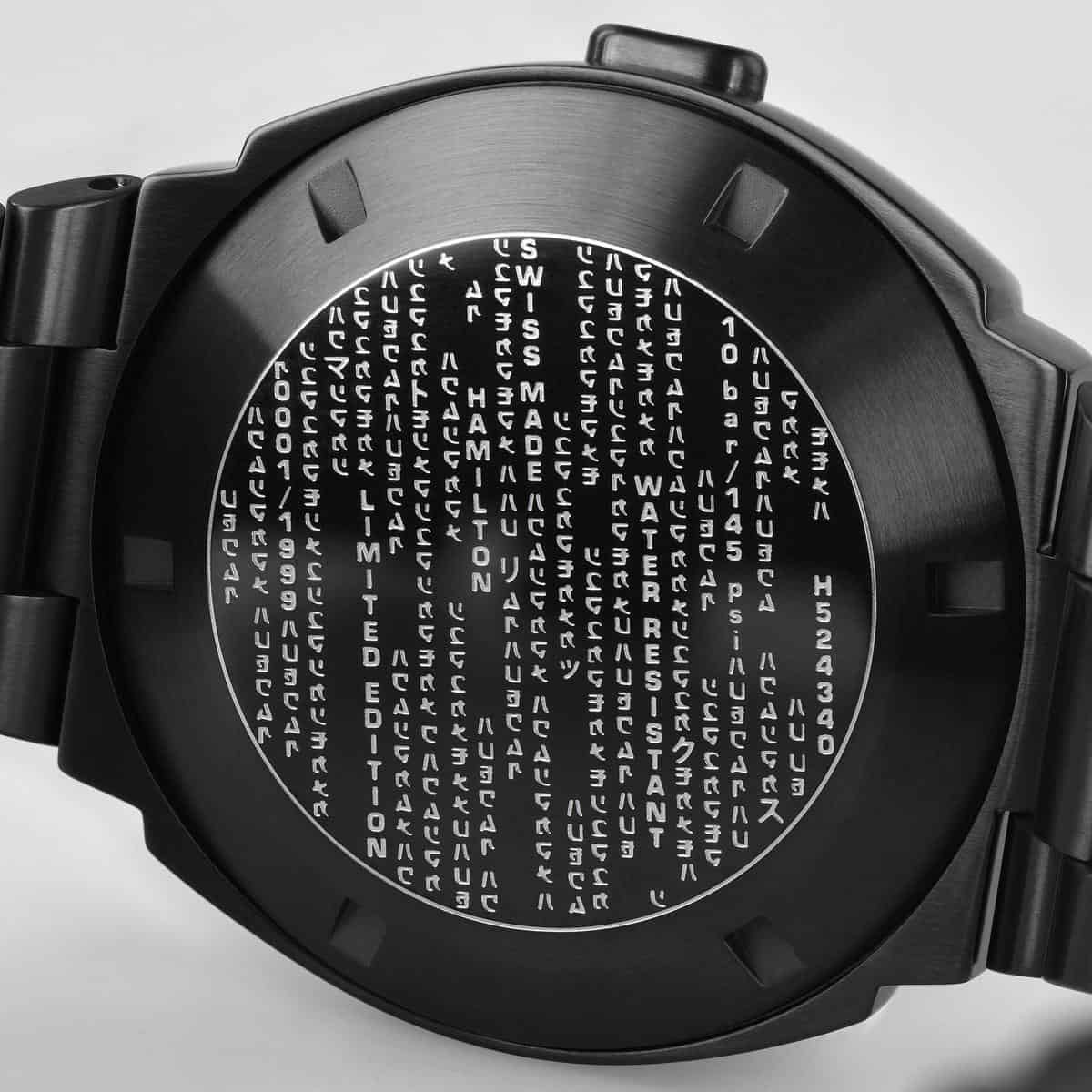 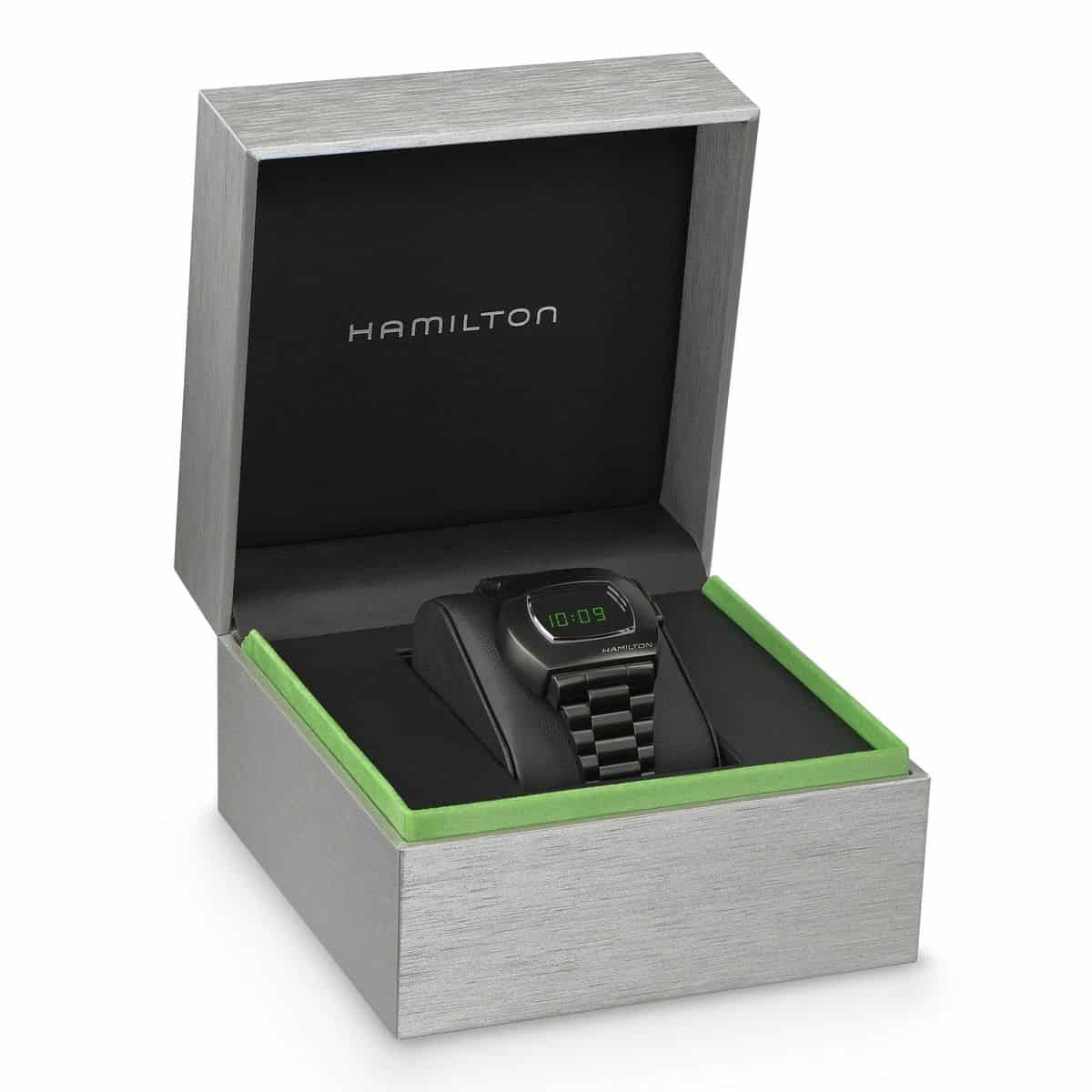 Technically speaking, the Hamilton PSR MTX has a sapphire crystal and anti-reflective coating. The watch has been approved with a water resistance measure of 100 meters. It’s a solid piece with plenty of flares.

Entertainment and fashion frequently debut crossover campaigns to amp up the hype surrounding cultural milestones on multiple fronts. In this case, film and watch production join hand in hand to create a work of art that speaks to both collectors and the movie’s big fanbase.

The Hamilton PSR MTX digital quartz watch is part of the American Collection. It comes at a price point of $995 and can be purchased on the watchmaker’s website.

See more about - Full Trailer Drops For ‘The Matrix Resurrections’