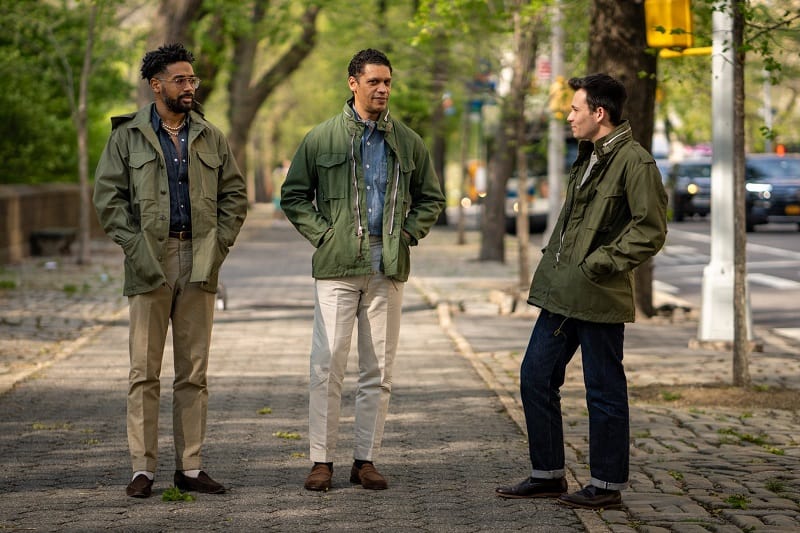 The History of the Classic M-65 Field Jacket

Field Jackets are an absolute staple in American fashion and have been seen everywhere from the streets to the runways at New York Fashion Week. And while it’s clear that the design and silhouette of the classic field jacket are military-inspired, the M-65 field jacket – and all of its predecessors – were originally designed for military use only.

So, how did the M-65 jacket evolve from being part of the standard American military uniform to being in the closets of everyday Americans today? Let’s get into it. Here’s everything you need to know about the history of the classic M-65 field jacket, how the design evolved, and much, much more.

Before the M-65 Field Jacket 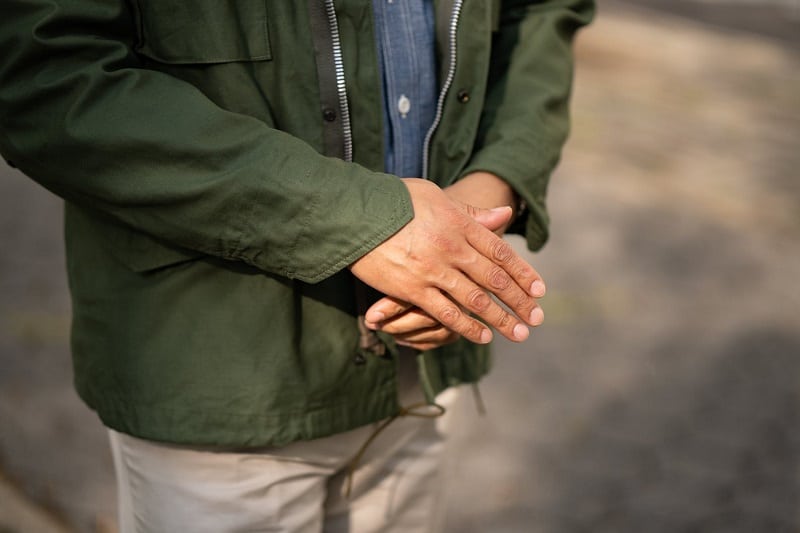 Before we get into the history of the M-65 field jacket, let’s take a look at the designs of military jackets that came before it, starting with the M-41, which was created in 1941 and functioned as part of WWII combat uniforms. The design of the coat was similar to that of a regular windbreaker, which protects the wearer against wind and light rain, however, the M-41 jacket was essentially a warmer, upgraded version of a classic windbreaker, and boasted features like flannel lining for insulation and button closures at the neck and cuffs to keep warmth in. The M-41 also only came in one color – a muted, olive green.

The M-41 field jacket got an upgrade in 1943 when the M-43 design was introduced to the Army. Some of the upgrades included a drawstring waist, detachable hood, and an extended length that hit at the hip. Additionally, it was produced in a shade a bit darker than its predecessor and was worn in combat until the end of WWII.

In 1951, the M-51 field jacket made its debut during the Korean War and the early years of the Vietnam War. Some of the design upgrades included snap button closures, a button on hood, and a collar similar to that of a trench coat.

The Rise of the M-65 Field Jacket 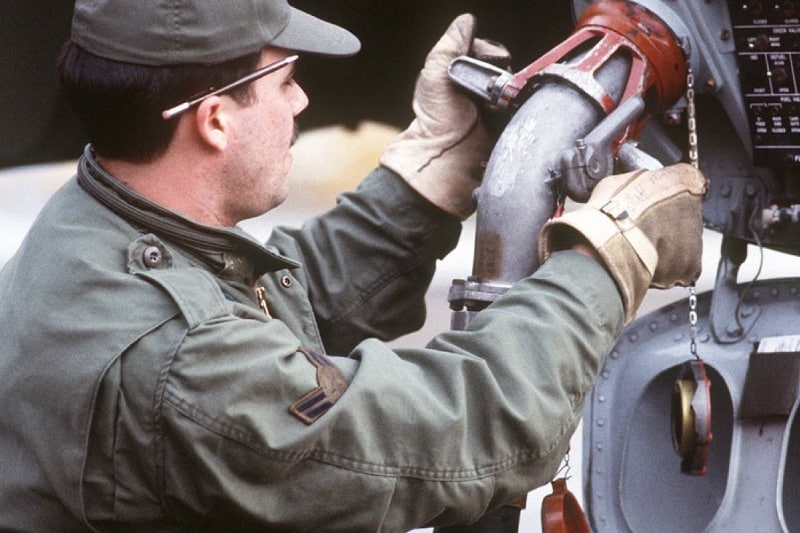 Alpha Industries is credited for pioneering the now-iconic M-65 field jacket, which was created in 1965. The fabric of the M-65 was an absolute game-changer for those fighting in the Vietnam War, as the jackets were made of a “more advanced blend of nylon and cotton sateen called NYCO that significantly improved the jacket’s wind and water-resistance” that helped soldiers battle the insufferable conditions of the jungle, including monsoons, the cool weather conditions after monsoons, high winds, and unbearable heat.

Another feature that differentiated the M-65 from the field jackets before it included a hood that was easy to pack away in the collar with a zipper to secure it inside, four snap-flap cargo pockets on the front, and a detachable warming liner. Additionally, the button cuffs were replaced with velcro for easier and quicker adjustments. The M-65 field jacket became a military staple from there on out, thanks to the jacket’s versatility for practically indestructible construction that made it suitable for a wide range of environments and changing weather conditions.

Alpha Industries developed a range of hues and patterns for the M-65 field jacket over the years, including woodland camo, desert camo, the universal camouflage pattern, and various shades of olive green. Although the company is known for its M-65 field jacket design, Alpha Industries produced jackets for the military from the late 1950s (they had been in a contract with the Department of Defense back in 1959 and originally produced N-3B and N-2B parkas for the Air Force) until 2009, when the M-65 was retired from the military.

From War To the Streets 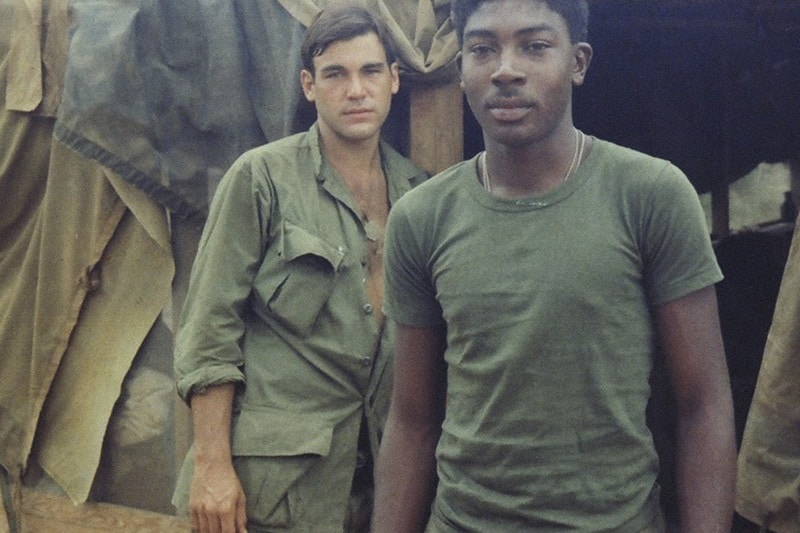 Although the M-65 field jacket was originally designed for military use, once soldiers started coming home from the Vietnam War, the jackets made their way onto the streets of America, and vets and civilians alike started incorporating the jacket into their everyday wardrobes.

The M-65 also became somewhat of a symbol of counterculture and was, despite its origins, ironically worn by activists who were outspoken against the Vietnam War. John Kerry, who went on to become a Presidential candidate years after serving in the Navy from 1966-1970 during the Vietnam War, notably wore his field jacket while giving a speech at an anti-war protest. Kerry also went on to testify in front of the Senate Foreign Relations Committee on April 22, 1971, criticizing the Vietnam War. 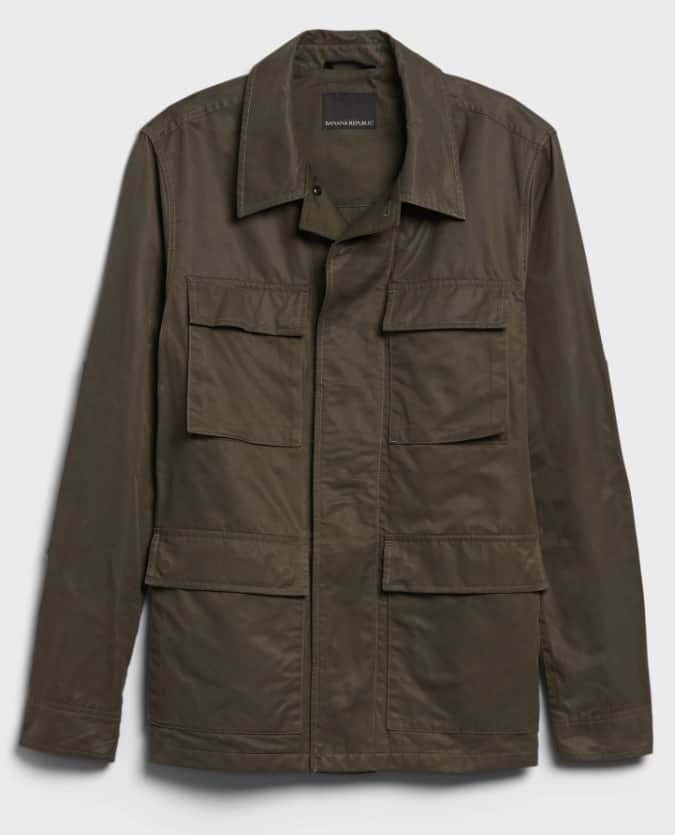 While the M-65 field jacket has been officially retired from the United States military for over a decade now, it’s still popular in everyday fashion, street style, and even pop culture. From making appearances in cult classic television series like “Freaks and Geeks” and on Robert DeNiro in the 1976 film “Taxi Driver,” to being on the runways of New York Fashion Week, M-65 field jackets haven’t — and won’t — go anywhere anytime soon.

You can find M-65 field jackets at Army or military surplus stores if you’re the kind of person who loves to thrift and find authentic, original garments, or nowadays, you can find them at pretty much any online or in-store retailer, as they are a staple of Americana style.

M-65 field jackets are incredibly easy to style, too. Throw one on over a t-shirt, jeans, and 6-inch lace-up boots and you’ve got yourself a casual, military-inspired look that’s perfect for day or night. Check out the original M-65 Field Jacket (Heritage) Alpha Industries for an ultra-authentic piece of American outerwear, or try the Banana Republic Water-Resistant Field Jacket for a fresh twist on a classic design.