Expect blurring to occur within six to eight months. For color, fingers generally retain an ample amount of vivid color for six to twelve months.

Finger tattoos have become a new trend, and a big one to say.

Big celebrities are donning the style, bringing it into the limelight, making them mainstream.

Whether you want to get a tattoo at the top of your knuckles, or nestled in the nook of your fingers, finger tattoos look brilliant in almost any way.

Because of the placing of the tattoo itself, there are more things that one needs to take into consideration, and more steps that one needs to do to keep it looking fresh and new as ever. While these neat little tattoos might be the perfect thing that you have been looking for, there are a few drawbacks to getting finger tattoos, which need to be taken into consideration before you get inked. 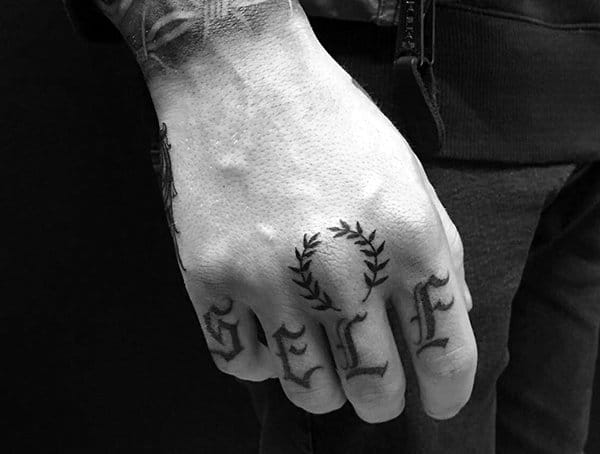 Because of the amount that we use our hands for everyday tasks, there is a lot more wear that happens to the tattoos in the area. Something as simple as washing your hands can lead the tattoo to fade a lot faster than others on any part of your body, which is ideally not something that people want when getting inked.

However, this does not mean that finger tattoos don’t work well. If you are thinking of getting a finger tattoo, know that your tattoo will retain its color for around six to twelve months, depending on the ink that is used and the color of the tattoo. You may need to do a touch up every once in awhile to main its look.

Because of the amount of work and friction that fingers go through, the skin tends to shed a lot faster than other parts of the body, growing back even faster in the process. However, this constant shedding does not work well for your tattoo, since it would leave it looking a lot more faded than usual. 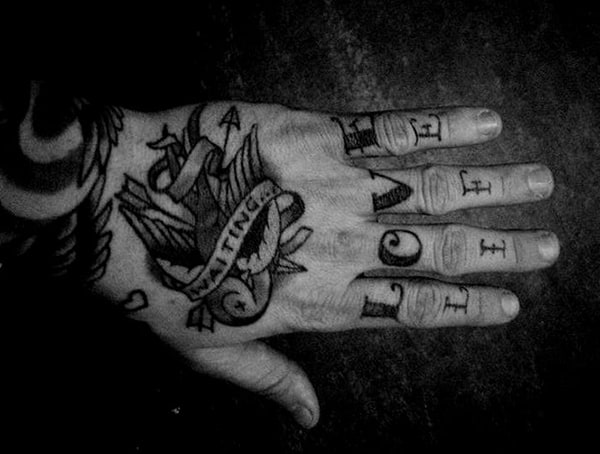 Because of the nature of finger tattoos, there is a lot more care that needs to be taken to ensure that they don’t wear away before their time. For starters, right after the tattoo has been made, the hand needs to be kept away from water and be cleaned properly.

This can be hard considering that we use our hands for so many things, but it needs to be done only for a period of a week before you can resume doing things as normal. After that, the tattoo needs to be properly moisturized almost every day, to ensure that the skin doesn’t dry up and shed there too fast. Hustle Butter Deluxe is one of the best products to use since it’s specially formulated for helping heal and protect tattoos.

It Can Get Blurry 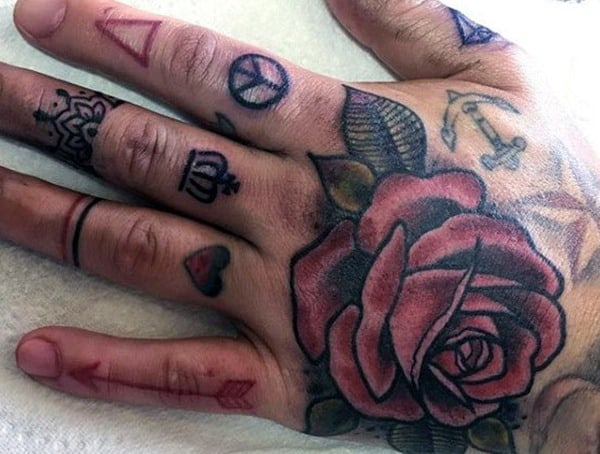 Finger Tattoos tend to get more blurry and faded than most other kinds of tattoos. Because of the skin around the area being looser as compared to other parts of the body, there is a good amount of skin stretching that goes on, which can disfigure and warp the entire tattoo.

The tattoo may also leak a little bit on to the skin around it. Most of the time, this blurring starts to happen only after six to eight months of the tattoo being done, but in some unfortunate cases, can happen a lot sooner than one might think.

It Can Get Expensive 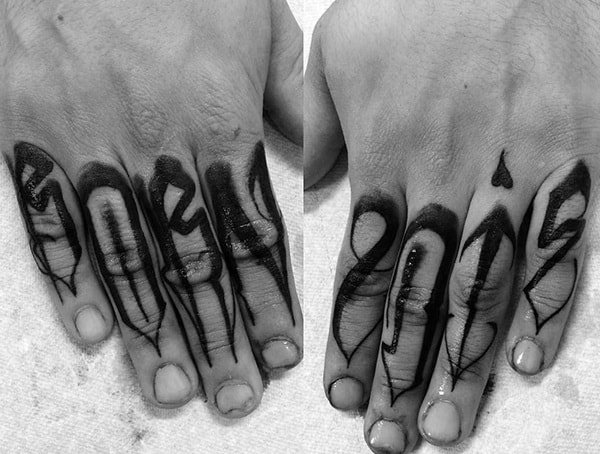 Because it fades away so quickly, tattoos on the finger need to be touched up significantly more than any other kind of tattoo and need to be reworked time and again to keep them looking the same as they were when it was first done.

No tattoo artist will do touch ups for free, and even though they might be cheaper than other kinds of tattoo work, the costs start adding up to a point where you have spent significantly more than what you would get a tattoo on some other part of your body.

They Can Hurt More 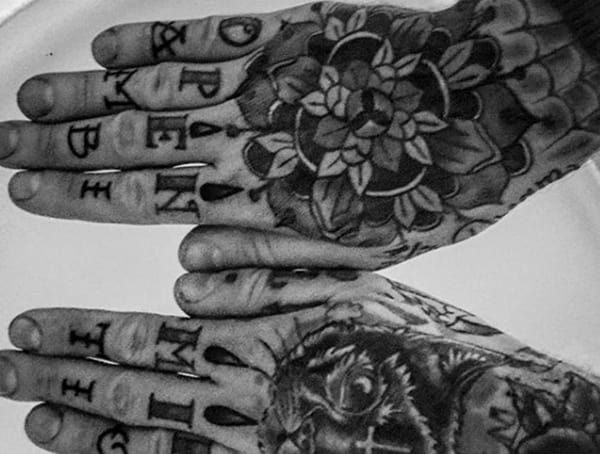 Finger tattoos can hurt a lot more than regular ones. Because there is very little muscle on your digits, the tattoo, when being done is almost touching the bone, which can be painful at times as opposed to how it would be if it were done on a surface with more muscle.

The finger also does have a lot more nerves on it, which is why touching those with a tattoo tool could sting a lot more than usual. In fact, the fingers are considered to be one of the most painful locations for tattoos.

But there is always a silver lining. 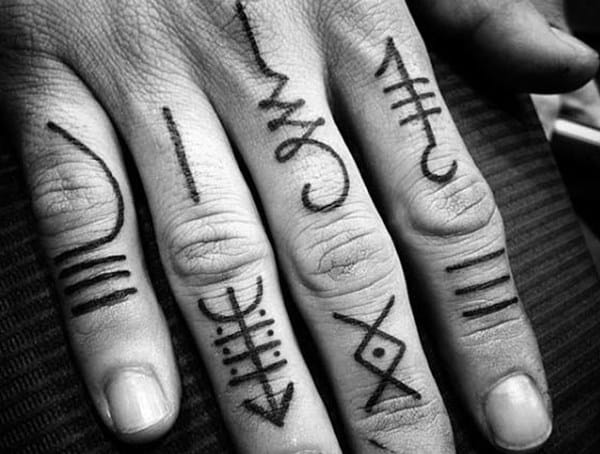 Just because there are a few drawbacks to getting a finger tattoo, doesn’t mean that you absolutely shouldn’t. These tattoos are a huge trend right now for a reason, and that is because they look absolutely amazing when done right. For those who want to get a tattoo that is small or neatly tucked away, or want something that is extremely small, the finger is the best place to do it.

Keep in mind that while doing a finger tattoo, to ensure that you get the best result, it is best to keep it simple. Elaborate tattoos aren’t ideal for this space and would end up getting ruined a lot faster. Having a tattoo with a simple design or a simple word is best, and ensures that your tattoo looks good for a much longer period of time and lasts longer.