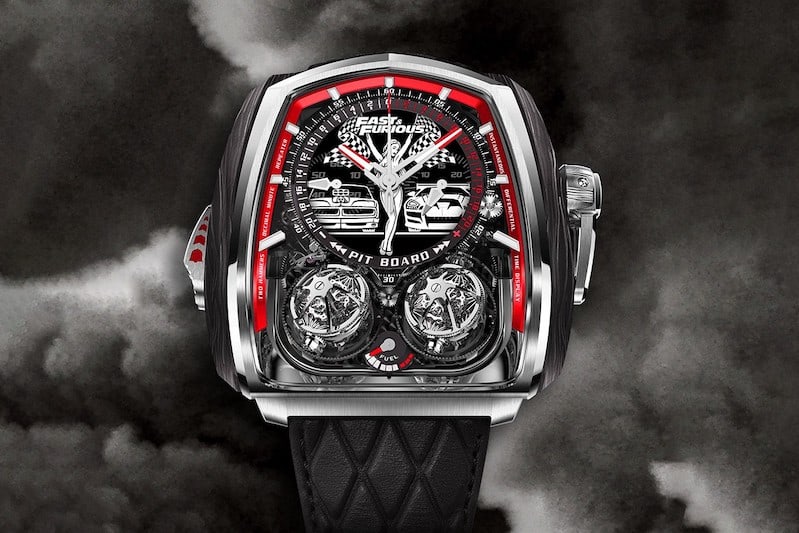 Powered by the exclusive 832-component Jacob & Co. caliber JCFM05 manual wound movement, this eye-catching timepiece is a complex creation featuring iconic imagery from the first film. Along with a starting girl holding a checkered flag and the Fast & Furious logo, the dial also includes silhouettes of two cars ready to race, an American muscle and supercharged import. These pay homage to the Dodge Charger and Toyota Supra driven respectively by Vin Diesel and Paul Walker in the original film. 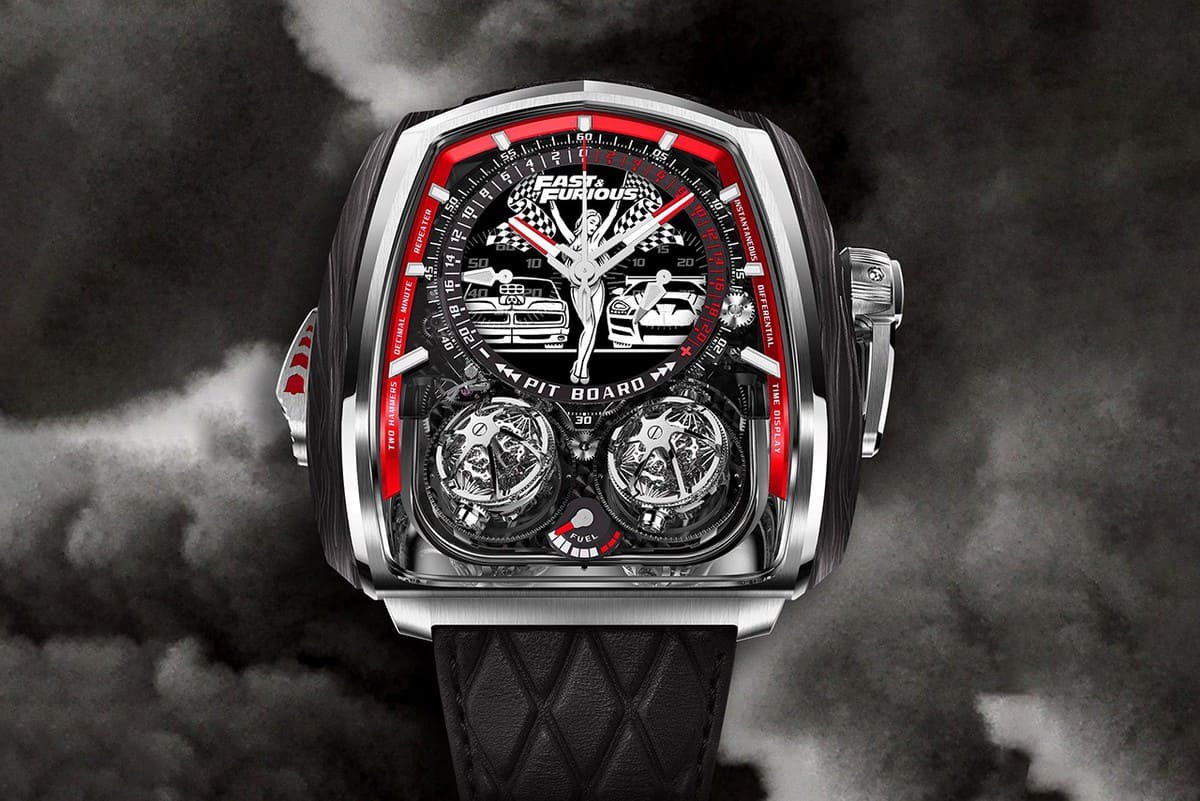 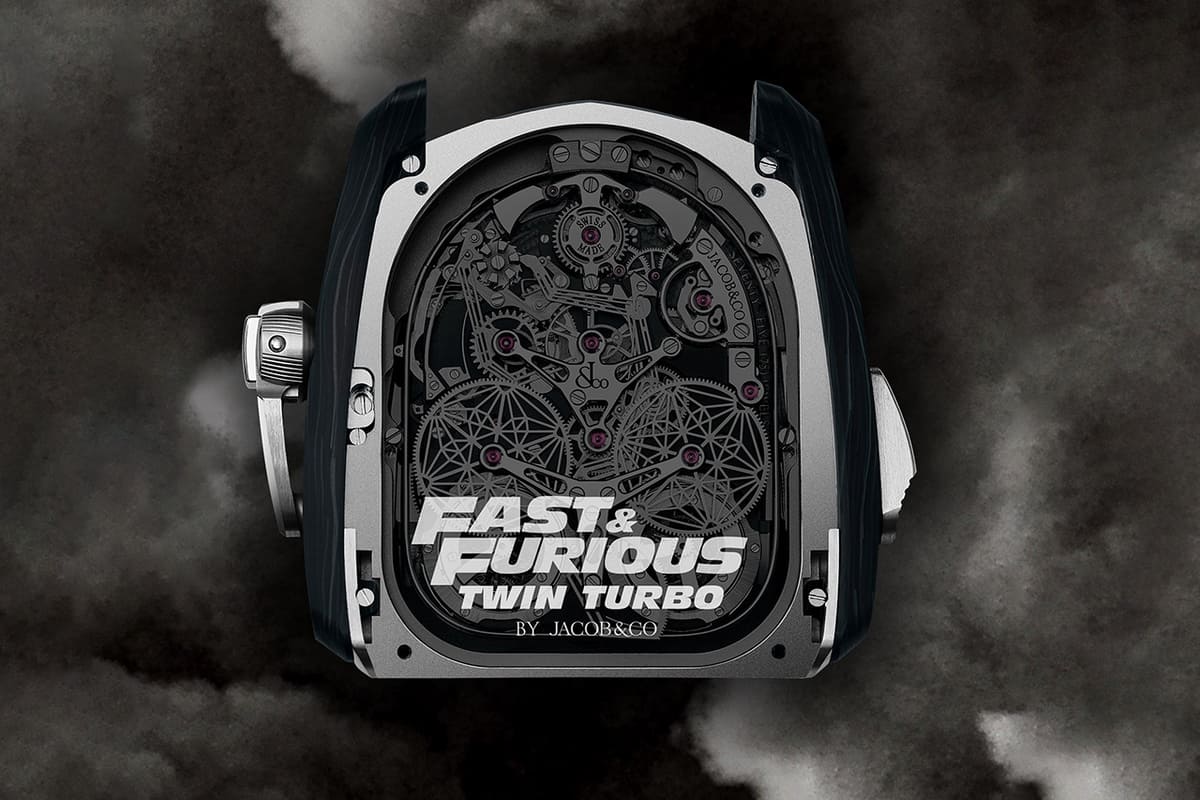 A cool feature of this watch is the decimal minute repeater. Most watches with this barely used function play music on the hour, quarter-hour, and minutes, but the Twin Turbo Furious also chimes on demand 10-minute intervals after the hours and before the minutes, adding to the exclusivity of this timepiece.

The JCFM05 manual wound movement is housed inside a 57mm by 52mm forged carbon case comprising 88 parts, while the power reserve is crafted as a fuel gauge. The red, silver, and black color scheme gives this watch a sporty meets high-end style.

“Our Twin Turbo Furious is such a natural fit for the Fast & Furious franchise,” says Benjamin Arabov, CEO of Jacob & Co. “Not only the name of our watch, but the whole emphasis on speed and being exceptional. Jacob & Co. has been in many important and successful partnerships, but we have never partnered with an entity that so closely fits our DNA. The new Fast & Furious Twin Turbo Furious watches are going to be awesome.”

The Jacob & Co. Twin Turbo Furious is limited to nine pieces and will set you back $580,000. The watch will go on sale on June 25, the same day Fast 9 opens in American cinemas.