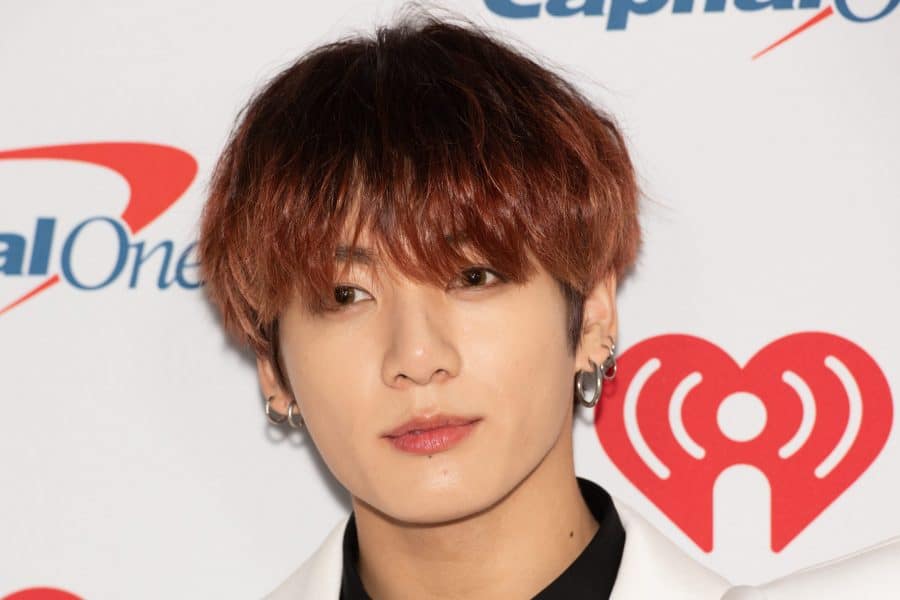 Jungkook’s Tattoos and What They Mean – [2020 Celebrity Ink Guide]

Being the most interesting founding member of K-pop supergroup BTS means Jungkook faces constant paparazzi and fan attention. Take a glimpse into his ink aesthetic and learn the meaning behind his tattoos.

As a founding member of the K-pop supergroup BTS, Jungkook has staked his claim to greater popularity, expanding his fame and making appearances on numerous Korean television programs.

At first, media and the BTS Army speculated that Jungkook’s ink was temporary, though as the singer has been seen more recently with the same designs, fans have concluded that the tattoos are real.

In 2019 Jungkook was ranked the 3rd most loved celebrity in South Korea. 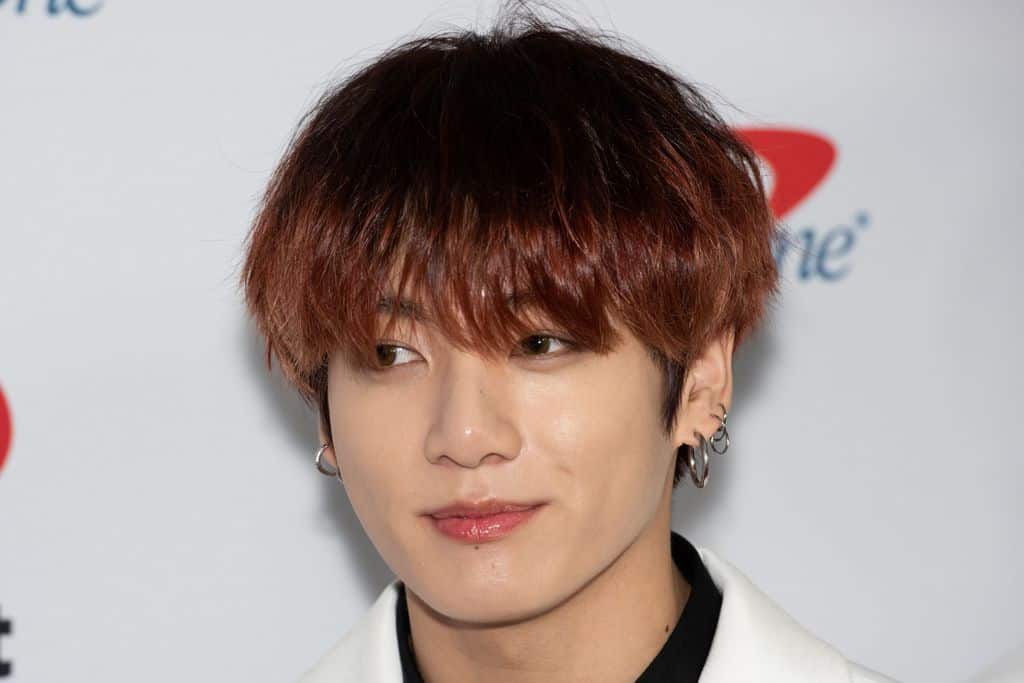 One of the most popular boy bands to come out of South Korea BTS have come to define the genre of K-pop, achieving worldwide acclaim for their unique blend of styles in music and fashion.

Jungkook and BTS are followed by a devoted group of fans known as the BTS Army.

Recently, fans noticed that Jungkook is sporting some ink, which sent the internet, and BTS devoted wordwide fanbase into a frenzy.

Given the importance that is placed on a squeaky-clean appearance in the world of K-pop, Jungkook’s tattoos have caused an uproar domestically and led to greater worldwide interest in the enigmatic young star. 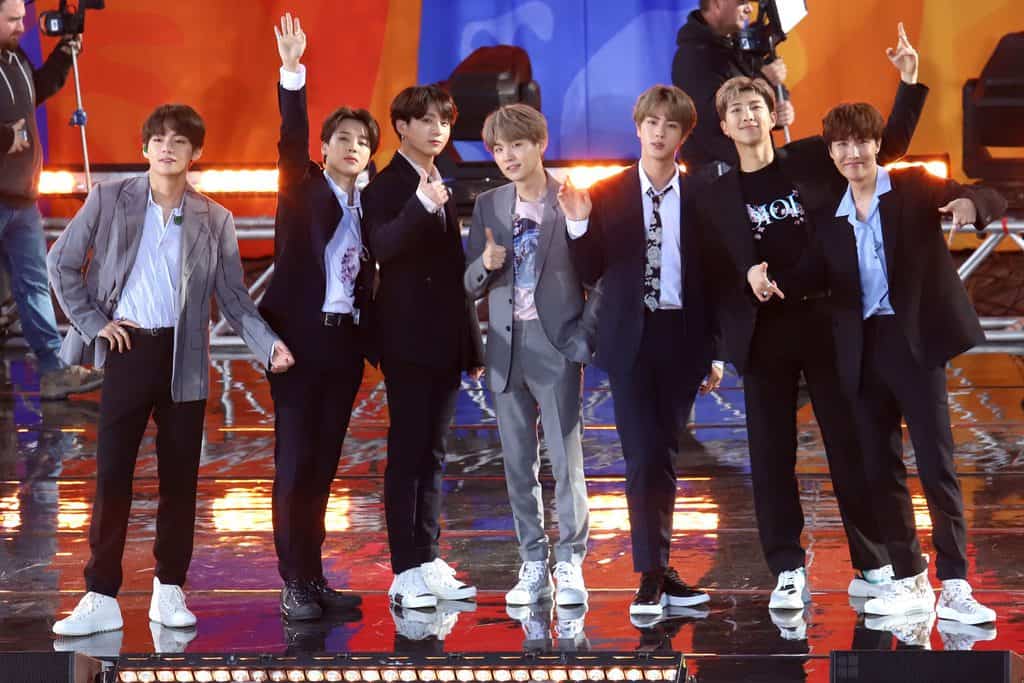 How many tattoos does Jungkook have?

Although it is difficult to say precisely, the BTS Army and celebrity media outlets believe Jungkook has at least eight tattoos (though probably more).

Read on and take a deeper look into this K-pop superstar’s unique ink.

His first tattoo, Jungkook got this piece during the downtime that BTS took in the summer of 2019. Utilizing a simplified script, the black ink letters are placed directly on the largest knuckles of the right hand and are reminiscent of old school stick and poke work done in smoky high school basements.
This piece is interesting for a couple reasons. Firstly, it is facing what most in the industry would consider the wrong way, so the wearer can read it instead of the other way around. The “A” in the piece is also interesting in that it doesn’t have a cross bar and looks like an upside down “V”.
This idiosyncrasy has led the BTS Army to speculate that is also a play on the member’s initials: V, RM and Yoongi.

Located on the proximal phalanx of Jungkook’s ring finger, above the “M” in ARMY, is the letter “J” applied in the same, simple script and black ink. Many in the BTS Army think that this is further evidence for their theory regarding the double meaning of the letters as initials of the group’s members. Given the other members’ names are J-Hope, Jin and Jimin, this seems likely.

On Jungkook’s right hand are several equidistant crosses that are often referred to as plus signs. Located in between the largest knuckles on the hand, there are three crosses applied in the same rudimentary style and black ink as his other tattoos. As always, the BTS Army is on the case, with speculation surrounding these pieces centered on the previous theory about these letters as the member’s initials.

Fans believe that these “plus signs” join the members’ initials and the larger BTS Army concepts together into a cohesive group of ink.

Located on the middle phalanx of Jungkook’s right middle finger is a simple black ink tattoo of a popular emoji. Fans of the group have been able to discern that it is the so-called “woozy face” emoji, which is often used to represent feelings of being tired, overwhelmed or even intoxication. The speculation from the BTS Army is that this might represent the tireless work schedule that Jungkook adheres to and his resulting fatigue.

Located on Jungkook’s right hand, above the pointer finger, is a simple heart applied in gray ink. Once again, a simplified almost childlike approach is used in this piece and once again the tattoo is facing the wrong way, so that the only person who sees the proper orientation of the heart is Jungkook himself.

On his right hand, above his pinky finger is a stylized BTS logo. This simple piece takes an inverted color scheme from the actual logo and uses negative space instead of black ink to create the design. Perhaps his most straightforward piece it is another commemoration to the South Korean super-group and the powerful friendships between the members.

Located on the proximal phalanx of Jungkook’s right pointer finger is another simple design, this one of a king’s crown. Utilizing the same scratchy approach, crowns are symbols of royalty and power, although the BTS Army has not agreed on any one specific meaning for this tattoo.

Placed on the right hand, above the thumb, is another black ink tattoo. This piece takes a more stylized approach that uses a script that is looser than Jungkook’s other tattoos and is almost reminiscent of graffiti lettering. BTS’ debut single 2 Cool 4 Skool was released on June 12, 2013 so as the BTS Army has agreed, it is a safe bet that this is the symbolism behind this simple tattoo.

A Man of Mystery

Through carefully choreographed and precise wardrobes, Jungkook has been able to hide many of his larger tattoos: these are just the most visible of Jungkook’s pieces. Recently in a music video, a variety of other tattoos were revealed, both on his right forearm and right shoulder, although they were mostly obscured.

Given the dedication of the BTS Army and the fact that it seems like every time he turns around, he gets another tattoo, there is little chance that this is the last we’ll see of Jungkook’s growing collection of interesting and meaningful ink.