Men in the market for the most macho tattoo possible might consider a fire and brimstone filled scene featuring Kratos, God of War.

Legend says Kratos and his three equally formidable siblings, Nike, Bia, and Zelus were all fiercely loyal enforcers for Zeus, the God of Gods himself.

A featured player in ancient Greek mythology and popular modern video games alike, Kratos is a recognizable image that lends itself well to the art of tattooing. The very embodiment of power and strength, Kratos tattoos impart that relentless warrior spirit to those who choose to wear them.

Whether depicted in the midst of battle, proudly displaying his strength and might in full, or simply in menacing portrait form, the image of the God of War would be especially fitting as a chest piece, back piece or on an upper arm. However, to truly personify the bold power the subject of the tattoo signifies, a rib piece featuring Kratos would be the ultimate proof of strength.

In addition to being an enforcer, Kratos was a sort of angel at the service of Zeus, so tattoo designs featuring a winged God would work perfectly in building out a dramatic yet beautiful scene. This makes sense because besides being the ruler of all the Gods of Olympia, Zeus was also known as the God of the skies and thunder. 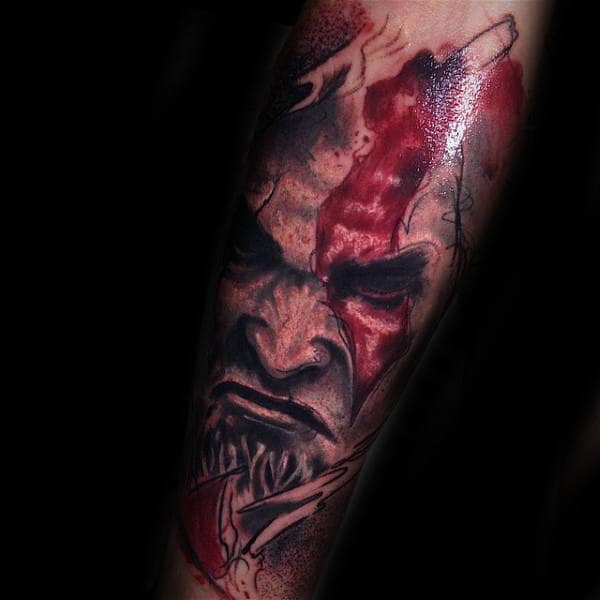 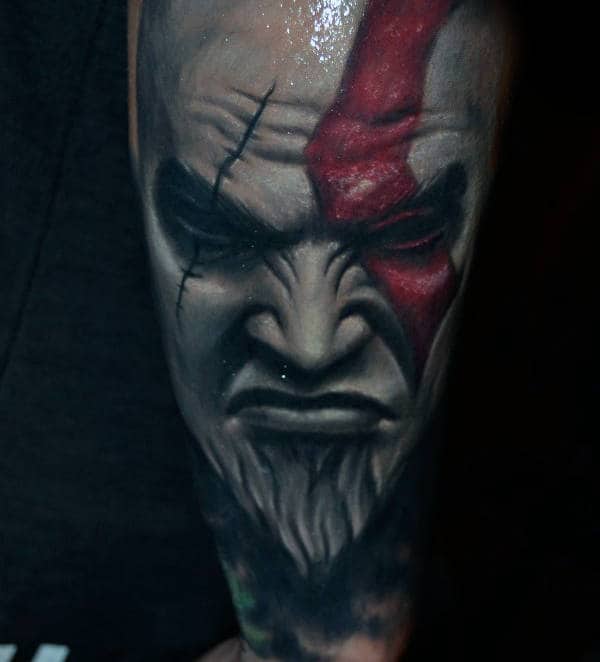 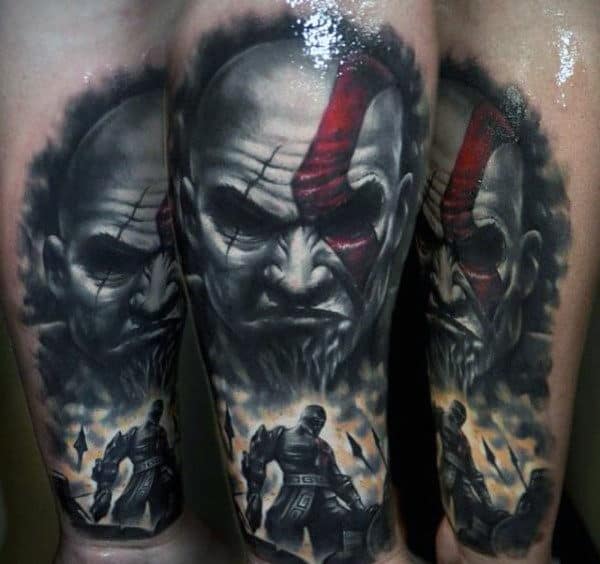 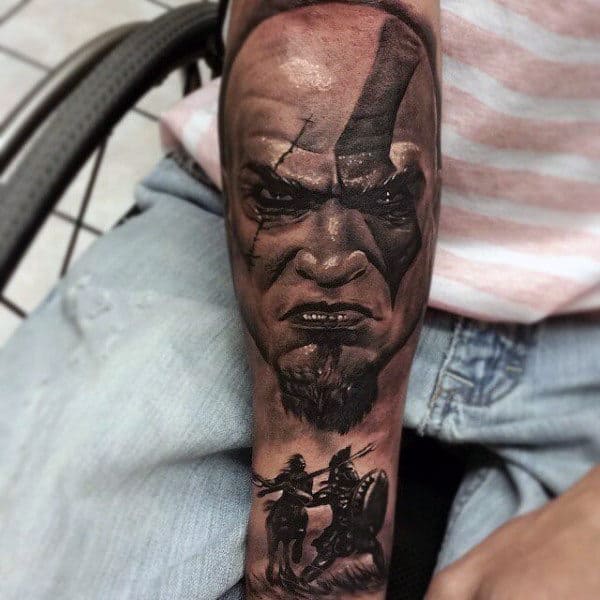 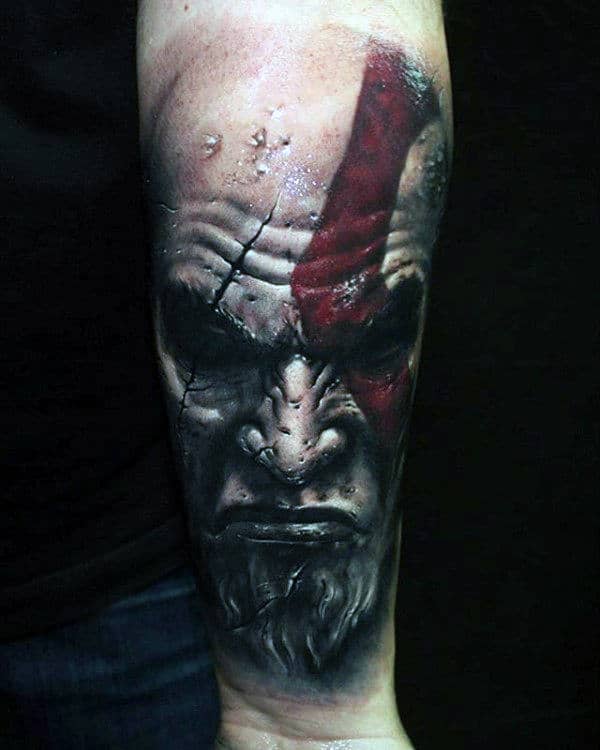 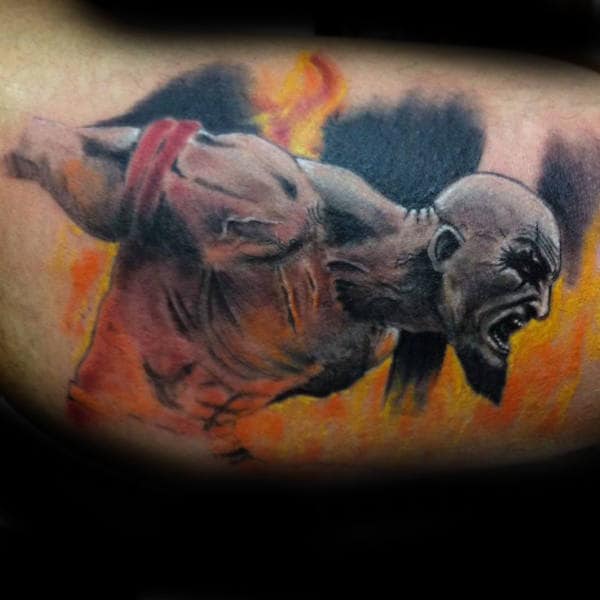 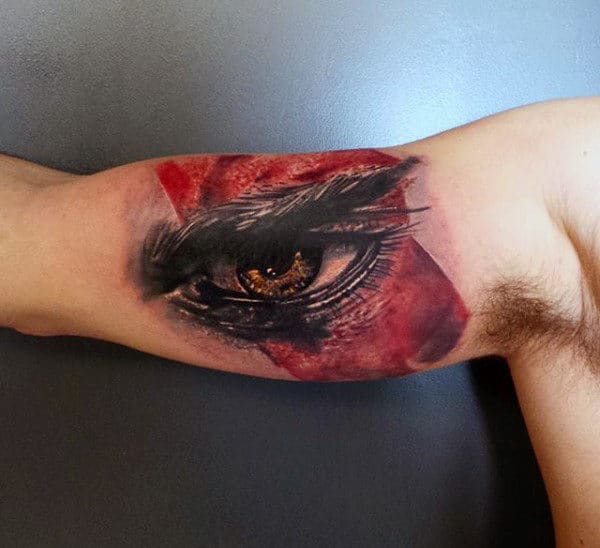 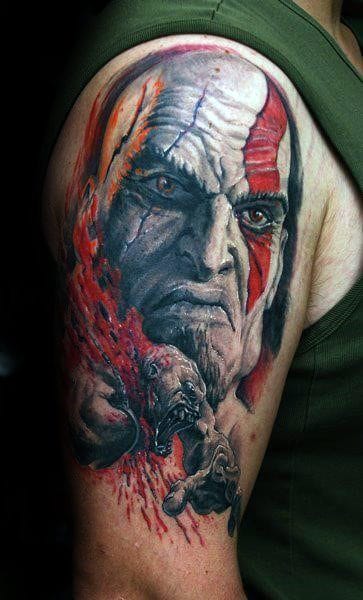 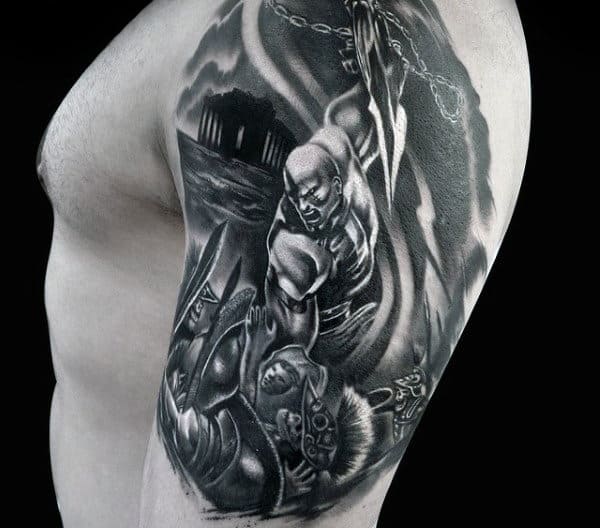 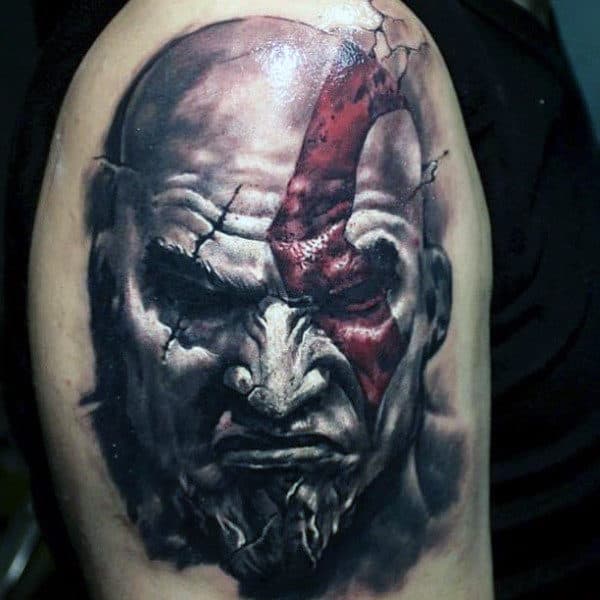 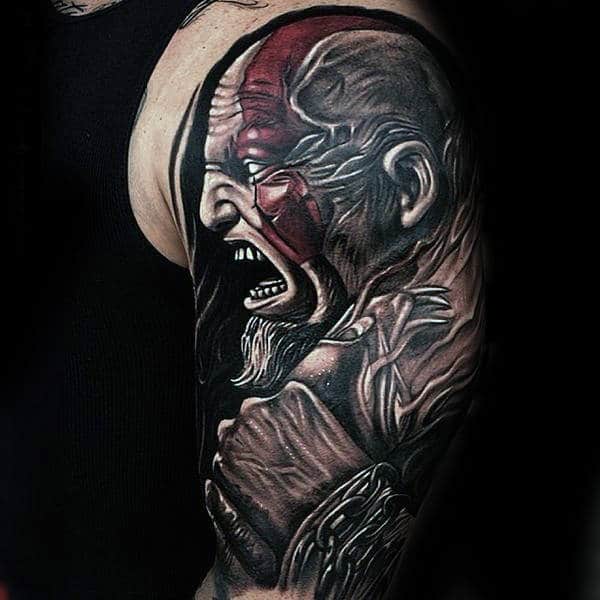 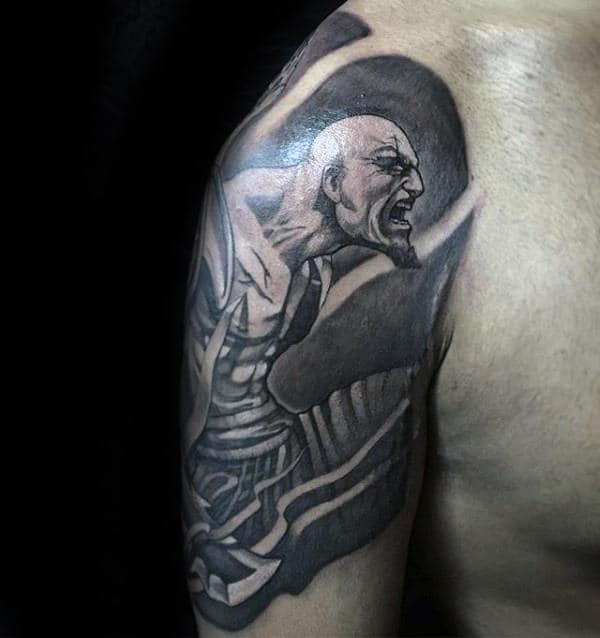 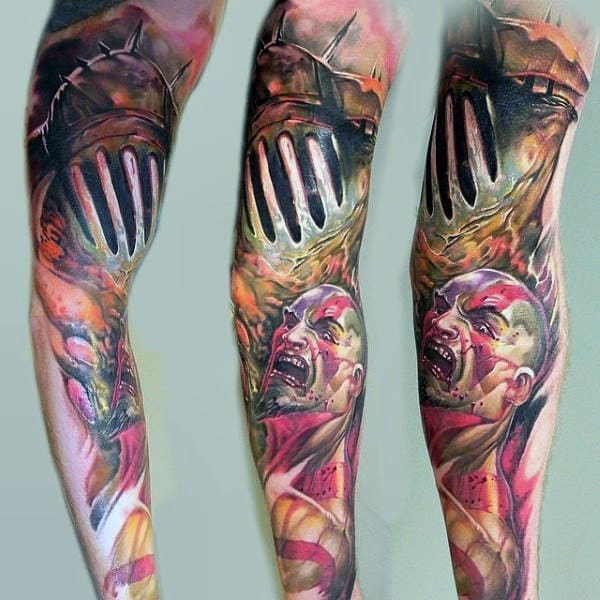 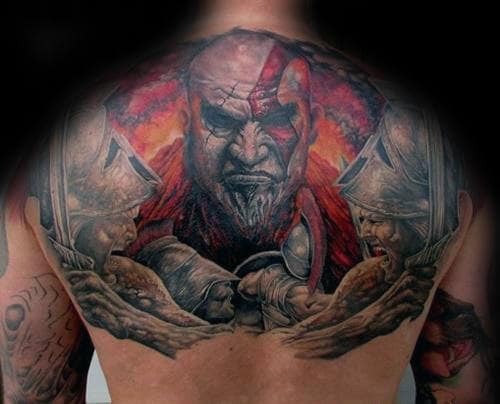 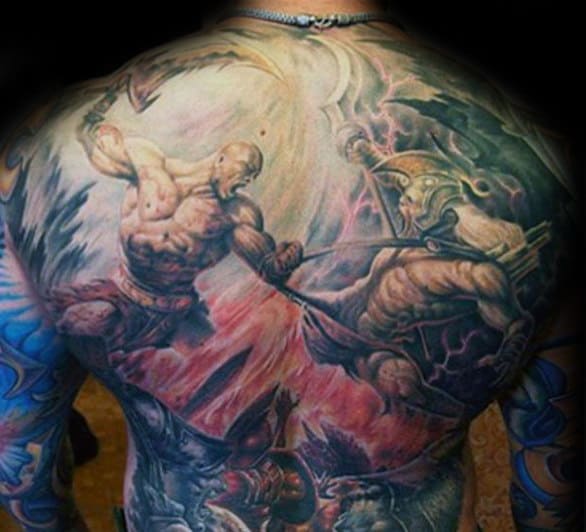 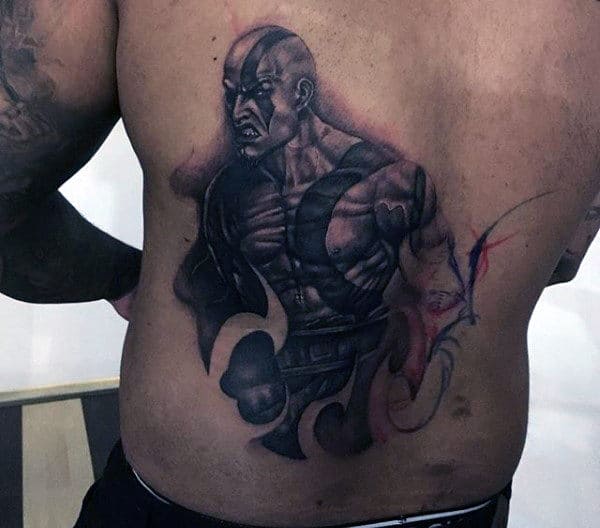 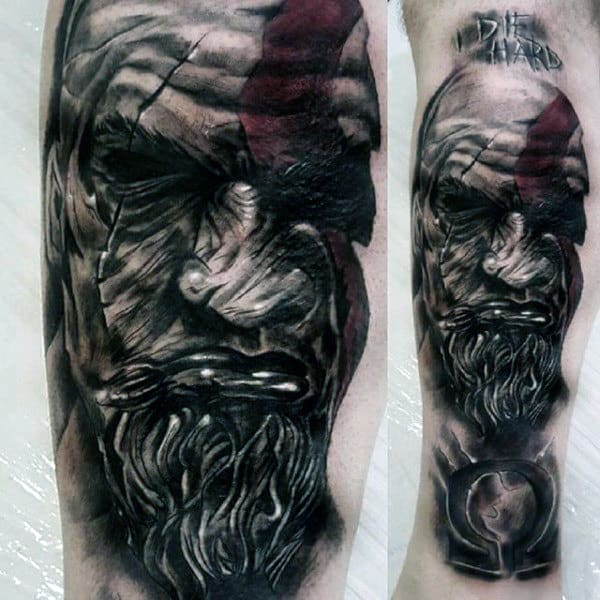 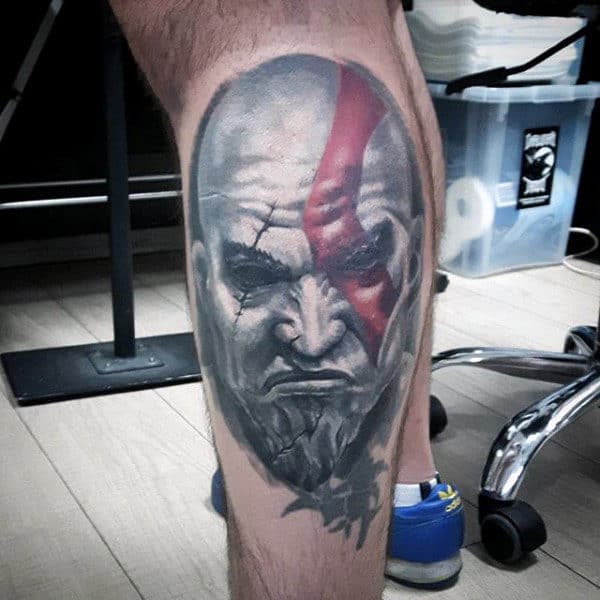 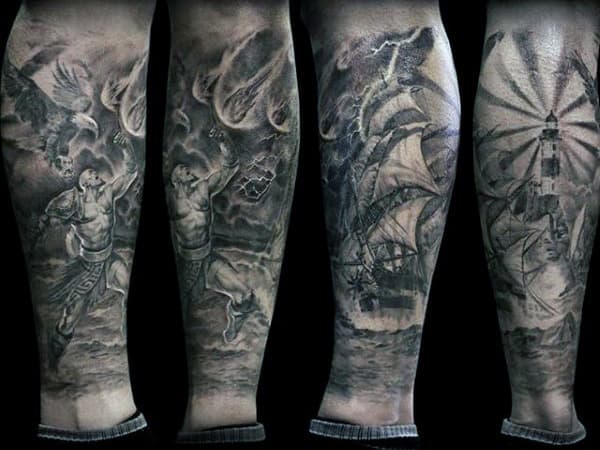 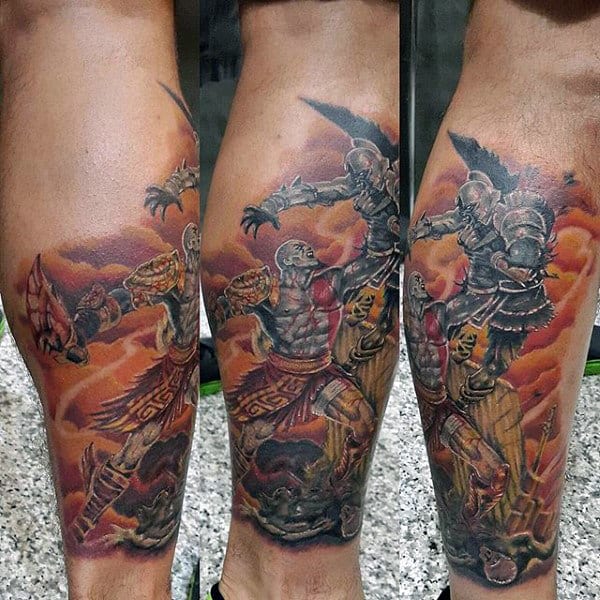 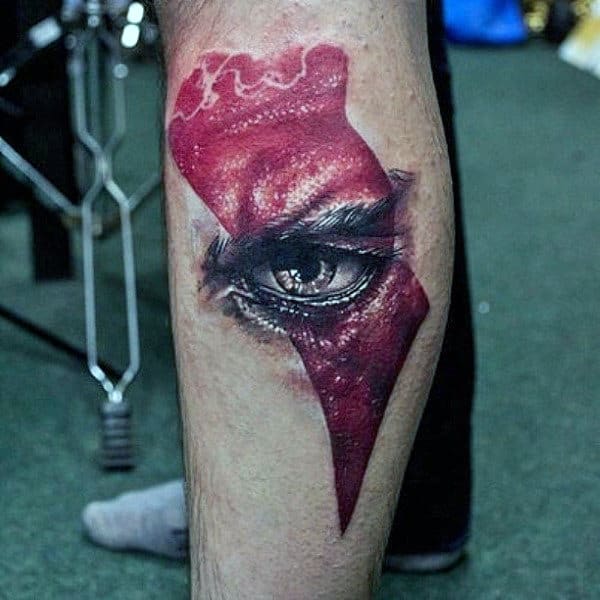 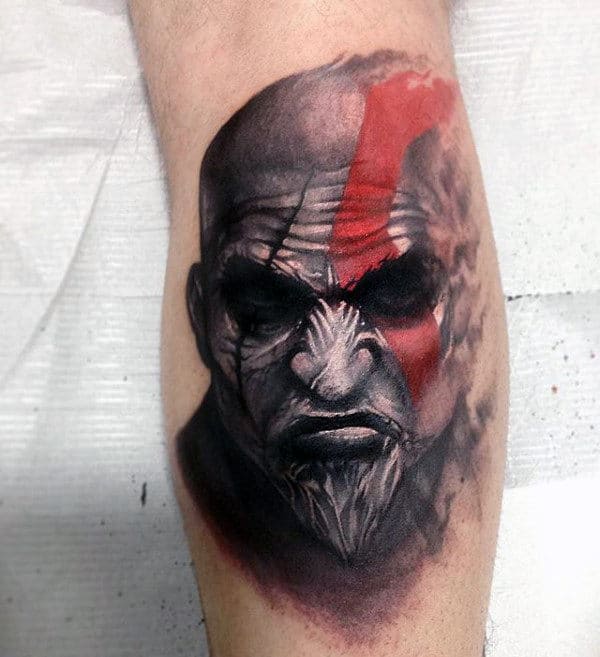 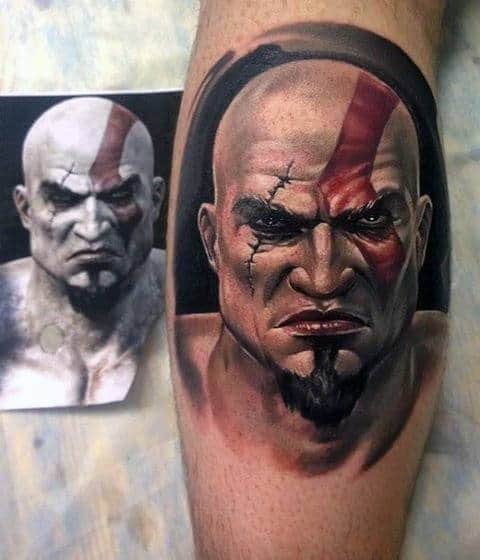 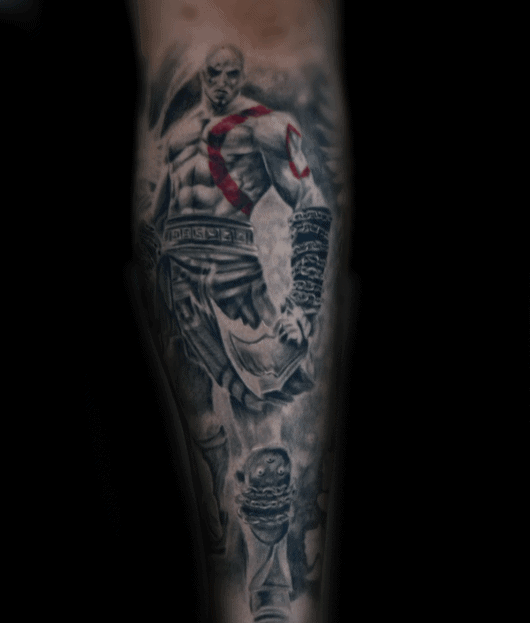 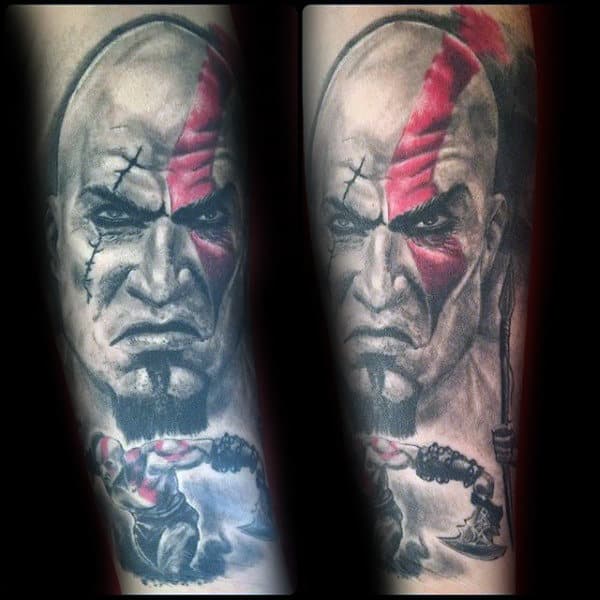