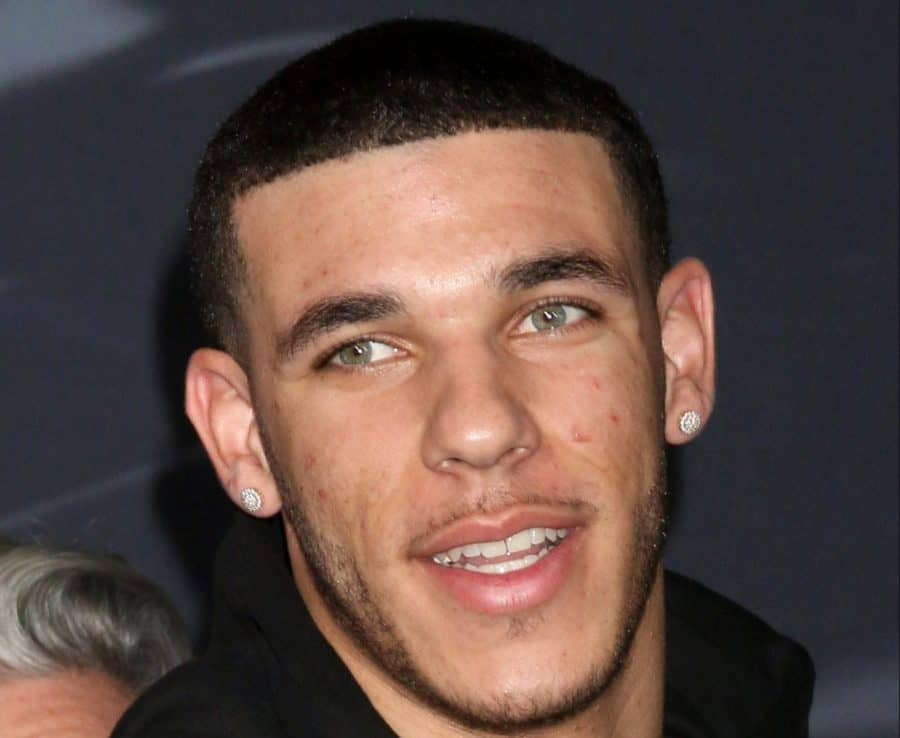 After a rocky beginning in LA with the Lakers, Lonzo Ball now throw lobs to Zion for the New Orleans Pelicans as part of one of the NBA’s most exciting teams. Check out the rising NBA star’s ink collection and find out what the tattoos mean to him.

As tattoos continue to gain popularity among old and young alike, many professional athletes have jumped on the bandwagon. From Shaq to LeBron, many players in the NBA proudly sport their ink, both on and off the court. One player that has gained recent attention for his bold ink is New Orleans Pelicans point guard Lonzo Ball.

Born in Los Angeles, Ball was drafted by the LA Lakers as a freshman at UCLA and has since gone on to make a name for himself on the hardwood. Recently traded to New Orleans, Ball continues to set himself apart from the pack with his hard work and smooth moves, although fans have not missed his extensive collection of tattoos.

Here we will examine some of Zo’s most prominent and exciting designs.

Lonzo uses his new tattoo collection to display the different influential people who have profoundly impacted his life and world view. The leaders of the Civil Rights movement are proudly displayed in a new sleeve.

One of the most divisive figures in the Civil Rights movement, the role that Malcolm X played in the fight for racial equality is undeniable, and Lonzo sports this revolutionary figure’s black and gray visage on his left arm, above the elbow.

As with the rest of Ball’s sleeve, the Obama ink is applied in clean, black and gray ink. Tattoo artist Butcher – a Kiwi who is well known for realistic tattoos of athletes in motion – takes a portrait approach. While Obama is a more contemporary figure than the other individuals featured in Ball’s sleeve, the 44th US President is a clear descendent of the Civil Rights Movement.

Located on his left shoulder, at the top of his portrait sleeve, Ball has the image of the venerable Dr. King inked in clean black and gray. Applied by sought after tattoo artist Steve Butcher, the piece takes a photo-realistic approach that perfectly demonstrates the importance of King to the young NBA Player.

Another key figure in the fight for African American Civil Liberties in the 1960’s, Rosa Parks’ image is proudly displayed on the Lonzo’s inside of Ball’s arm. Once again, a photo-realistic approach is taken in this piece and the smallest details in Mrs. Parks’ face are perfectly captured in the tattoo.

Located on his inside wrist, directly below Rosa Parks, is another black and gray portrait, this one of Harriet Tubman. Responsible for saving hundreds of black slaves and shuttling them to freedom by risking her own life and liberty, Tubman is one of the original heroes of the Civil Rights Movement.

Located at the top of his right shoulder and completing his sleeve, this script summarizes Lonzo’s feelings about the continued fight for equality for African Americans. While the leaders of black excellence on his right arm struggled to better the lot of African Americans in the US, the fight is far from over, which is why “the Marathon Continues” curves across the top of his sleeve tattoo.

Located at the bottom of the sleeve on his left hand, Ball had a small string of script that wrapped around his wrist. “Motivated by Jesus Dedicated to the Game” perfectly sums up his deep faith and the profound role basketball plays in his life.

On his right wrist Lonzo had more script completed. “Born to Ball Because of Him” is another commemoration to his faith and his calling to the basketball court although both of these script pieces have since been covered by other work.

Located in the crook of his left arm, Lonzo has the classic tattoo image of two hands folded in prayer. Once again, Ball uses black and gray ink to commemorate the deep role his faith plays in his life.

Another dedication to his faith and his sport, and another piece from Isaiah Negrete, this piece is interesting. Using a black and gray approach, the talented artist perfectly creates the image of an angel dribbling a basketball on Lonzo’s right forearm.

Started by his father, LaVar, Big Baller Brand designed shoes, clothes and apparel. Lonzo was one of their key endorsements. Zo initially had a Big Baller Brand tattoo when he came to the NBA.

The big baller piece was later covered up, after Lonzo first wore a bandage over the Big Baller Tattoo during a game against the Warriors. He followed up for a time with wristbands and athletic tape to keep it covered during the NBA’s crackdown.

At the time, League spokesman Mike Bass said of Ball – and also then Cavs guard JR Smith’s Supreme logo tattoo – that branded tattoos were to be covered because:

“The NBA rule prohibits players from displaying any commercial logos or corporate insignia on their body or in their hair.”

It wasn’t just the league forcing Lonzo to change. His decision to tattoo over the logo was also partly due to a multi-million dollar embezzlement scheme involving former Ball family advisor Alan Foster was exposed. Lonzo cut ties with the brand.

Covering his BBB tattoo on his forearm, Lonzo got two red dice. The strange shape and rudimentary approach gives this piece an amateur feel. It is one of Ball’s few color pieces.

While basketball is at the center of his life, Lonzo still makes time for his other passion: music. Inked on the outside of his right forearm, Lonzo has cursive script that reads “Born 2 Ball” with the number separating the words applied in bold black ink. This is the name of his first mix tape and was applied by high profile tattoo artist Isaiah Negrete.

Another reference to his dad’s apparel company, Lonzo got the insignia for his first signature shoe inked on his right arm on the outside forearm.

The area code for the part of California where Lonzo was born and raised, his “909” tattoo is applied in a stylized script on a length of parchment on his right, inside forearm.

At the top of his right arm sleeve, on his shoulder, is a black and gray depiction of the pearly gates, complete with sunbeams and fluffy clouds. Below this, applied in clean Old English script, is the Bible verse made famous by Samuel L. Jackson in Pulp Fiction.

Located on the inside portion of his left bicep, Lonzo has this script applied in bold black ink, while some red shading improves the composition and ties the piece into the rest of his sleeve.

Lonzo Ball tattoos will soon be joined by Lamelo Ball tattoos. The middle brother of the Ball family, Lamelo will join the ranks of NBA players as a top draft pick in time for the 2020/21 season. With his older bros in the league, youngest brother LiAngelo is the only member of the Ball family without a spot in the NBA, and there’s still a chance for him!