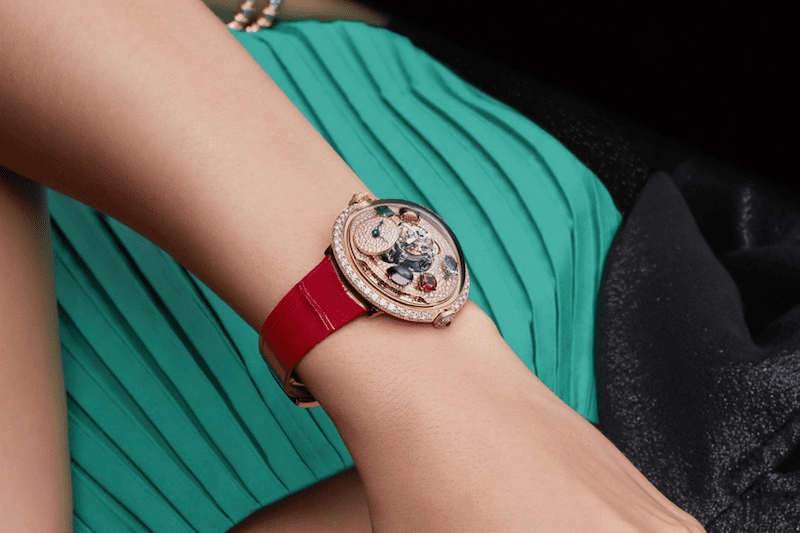 A new women’s watch has been developed by big names in the game: MB&F and Bulgari. The piece in question is the LM FlyingT.

Max Büsser, founder of MB&F, wants to appeal to those in the women’s watch market. A few years prior, in a comment to Robb Report, the founder had claimed that making a watch for women made him feel a bit out of his element.

He admitted in the statement that supposition rested on a gendered way of looking at the watch world. However, with an eye to the future, there was some wiggle room to answer the question while shaking it off. Now, the eighth version of it is matched to Bulgari’s expertise.

The highly anticipated drop is set for the end of November. 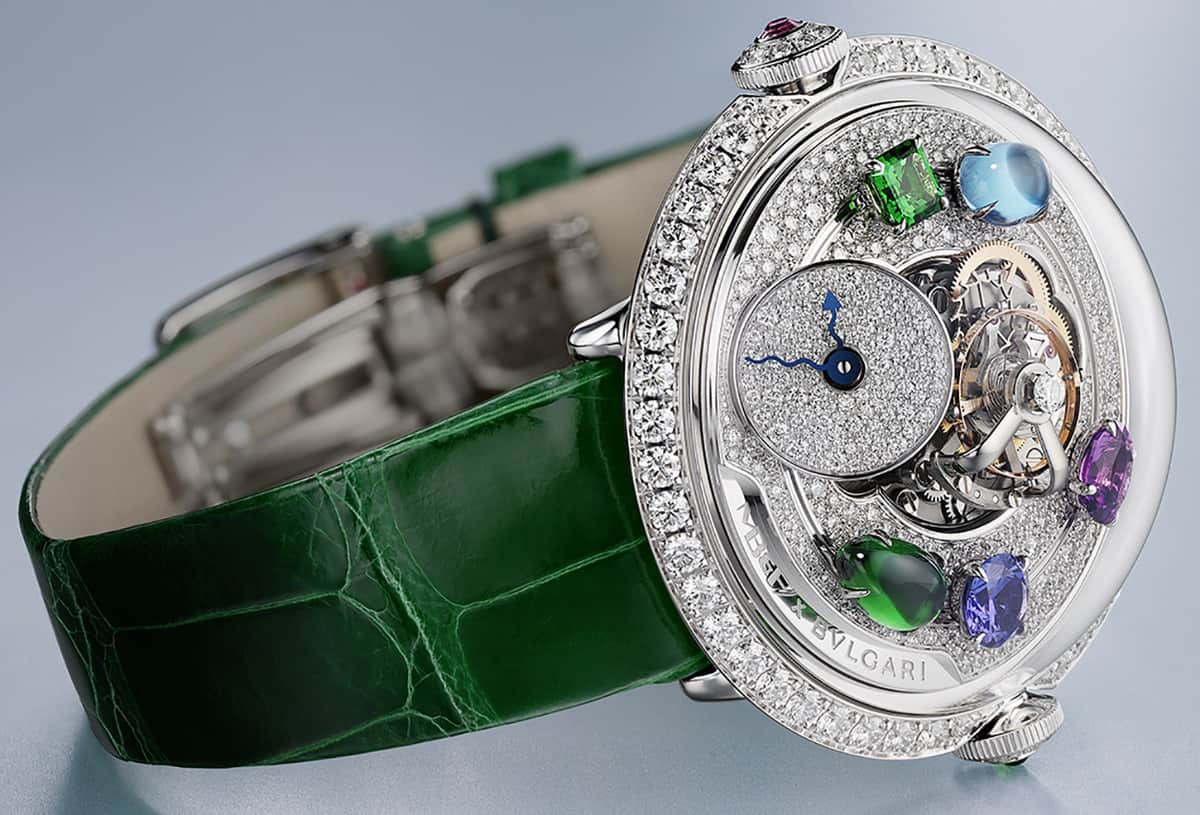 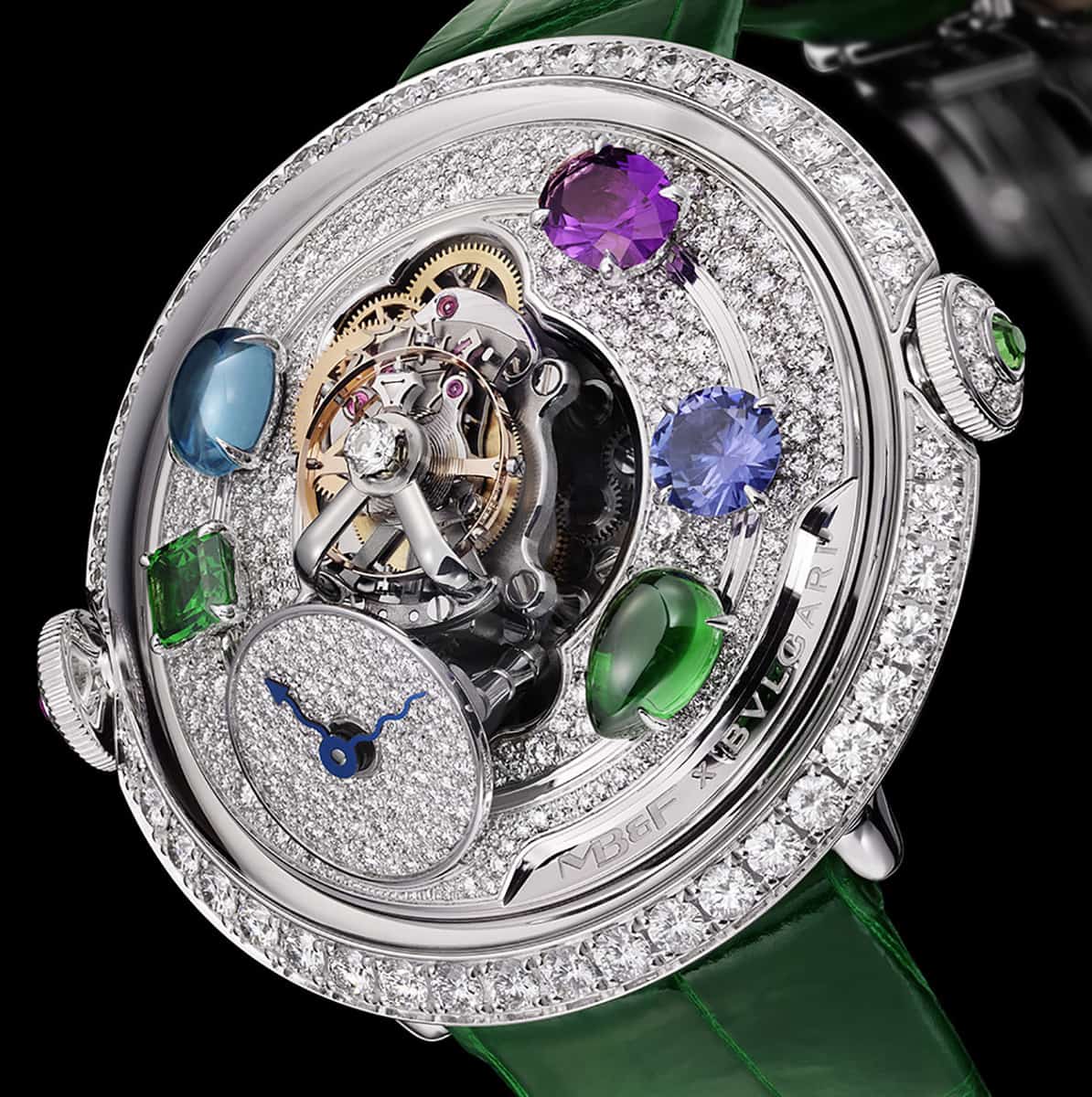 Bulgari’s creative director of watches, Fabrizio Buonamassa Stigliani, worked with Büsser to develop the piece. Since both enjoy thinking outside of the box, few expected anything less than a total bonanza.

The collaboration brought the 39 mm by 20 mm LM FlyingT Allegra to life using a well-known 3D movement. It’s vertically built, featuring a flying tourbillon on the upper side of the axis. The case is domed, a nod to the futurism that inspired the work.

Beyond it, a solar system of gems encircles the tourbillon, cast upon what almost appears to be a sky full of diamond stars. 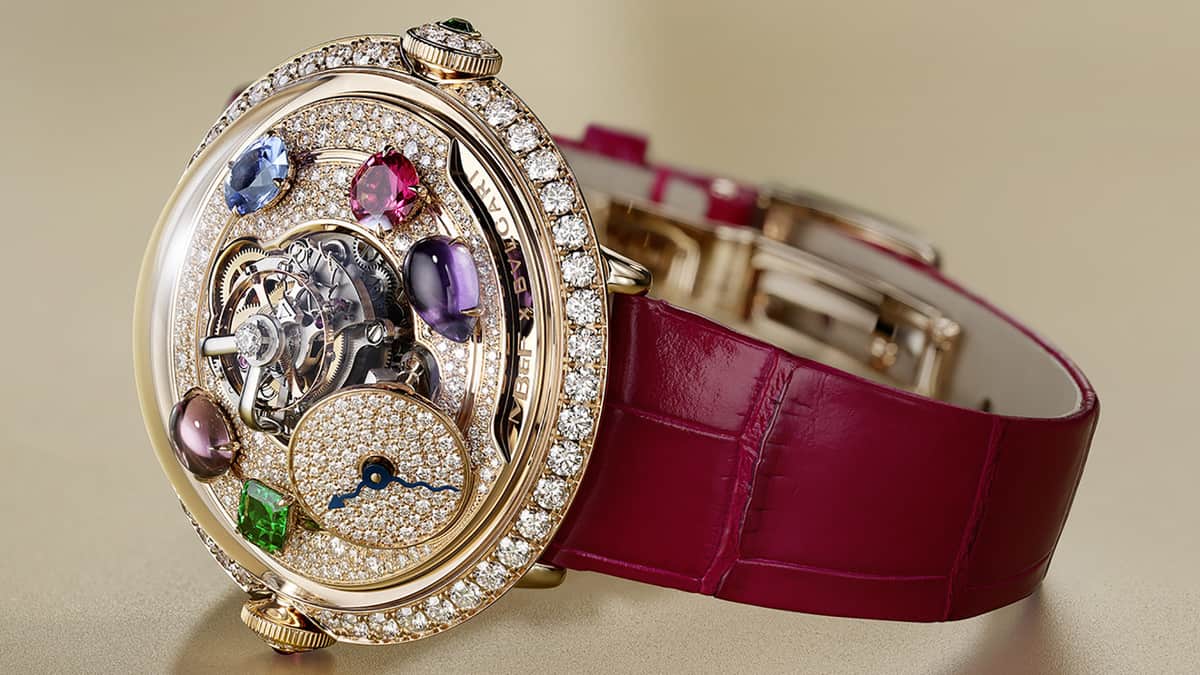 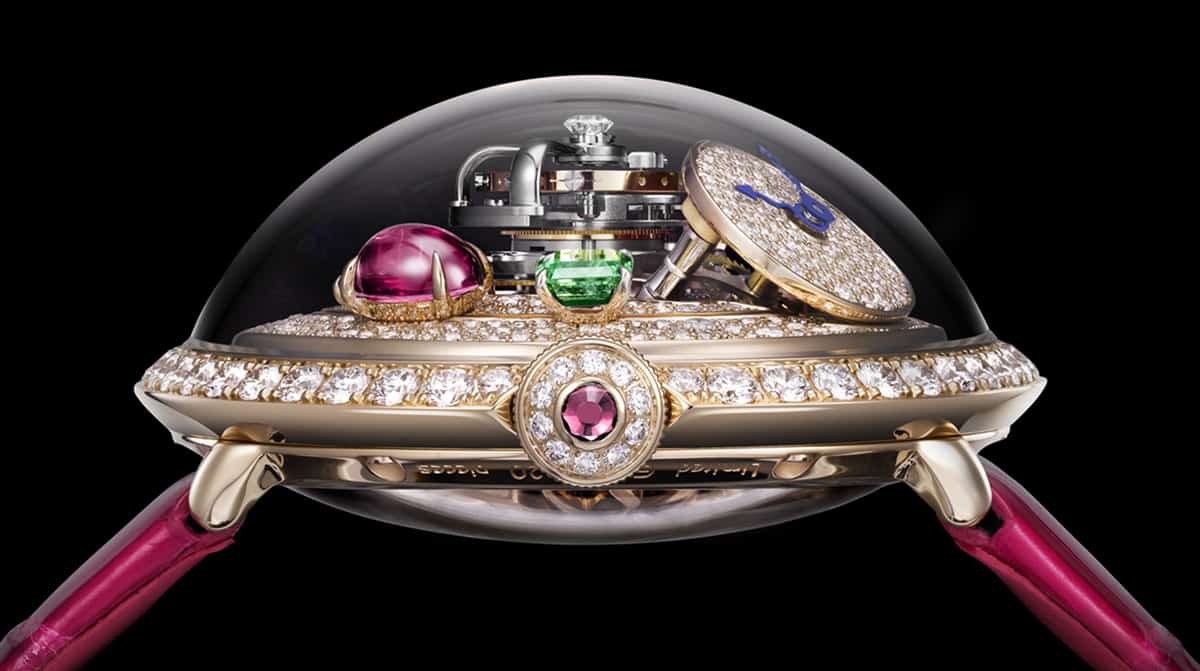 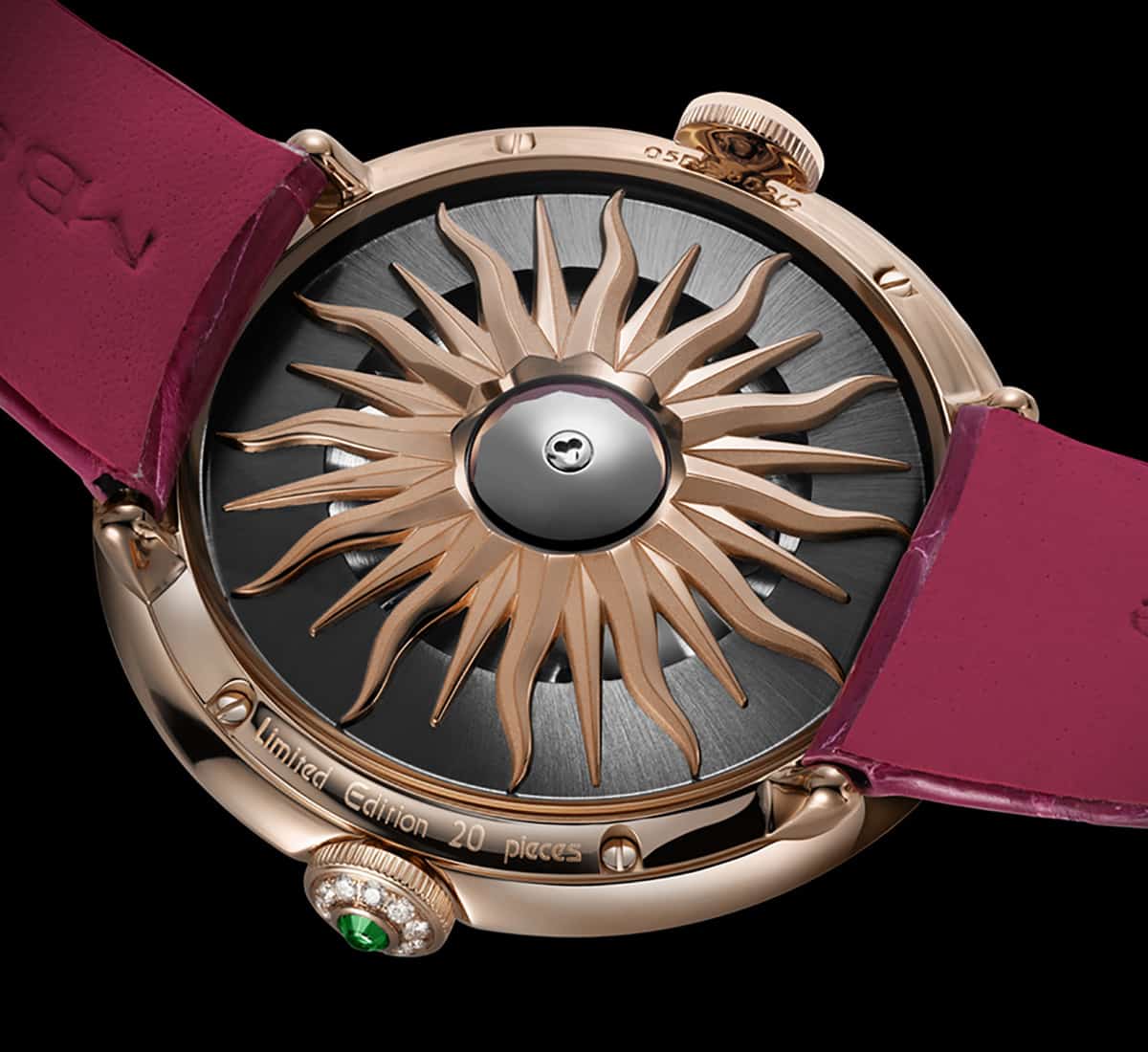 The stones will appeal to a broad range of collectors: topaz, amethyst, rubellite, tsavorite, and tourmaline all make an appearance depending on the selection. Buyers can choose either a rose-gold case or an 18-karat white-gold one.

The offset dial features more diamonds and is set at a 50-degree angle to provide a level of privacy for the user. Only the wearer can make contact with the time.

The elegance of the case will seal the deal for some collectors. The presentation case takes shape as an aluminum orb with a large metal ring in a Saturn-esque fashion. The example of feminine horology deserves the praise it is currently receiving.