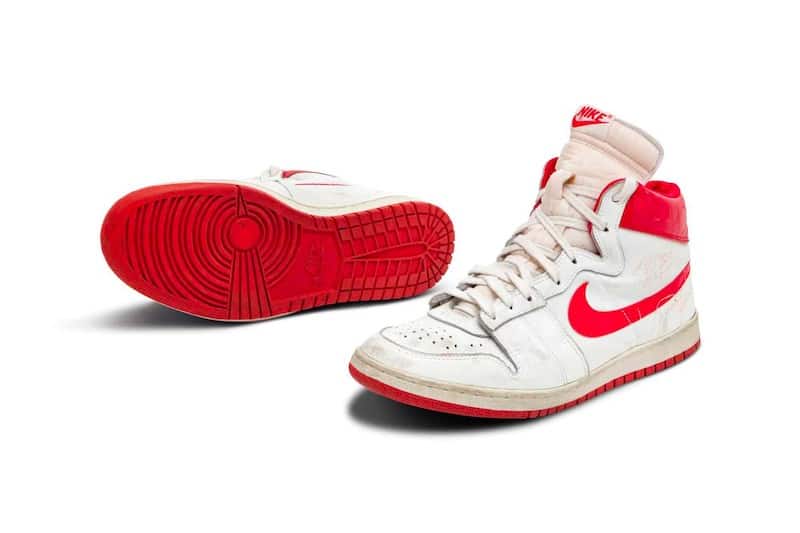 A pair of Michael Jordan’s first-ever Nike’s are up for sale as part of auction house Sotheby’s much anticipated “Icons of Excellence & Haute Luxury.” The game-worn Nike Air Ships up for grabs were worn by His Airness during his 5th NBA game, on November 1, 1984. Jordan put up 17 points and managed five rebounds in the game against the Denver Nuggets.

If you are wondering why Jordan wasn’t wearing his famous Air Jordan sneakers, it’s because they weren’t ready. So he was provided with a pair of Nike Air Ship sneakers that he wore during the pre-season and the early games of his rookie year.

Designed by Bruce Kilgore and originally released in 1984, Jordan wore two versions. The white and red colorway was predominately worn by Jordan during most games while he also sported a black and red colorway that Nike had specially designed for him that is even rarer. 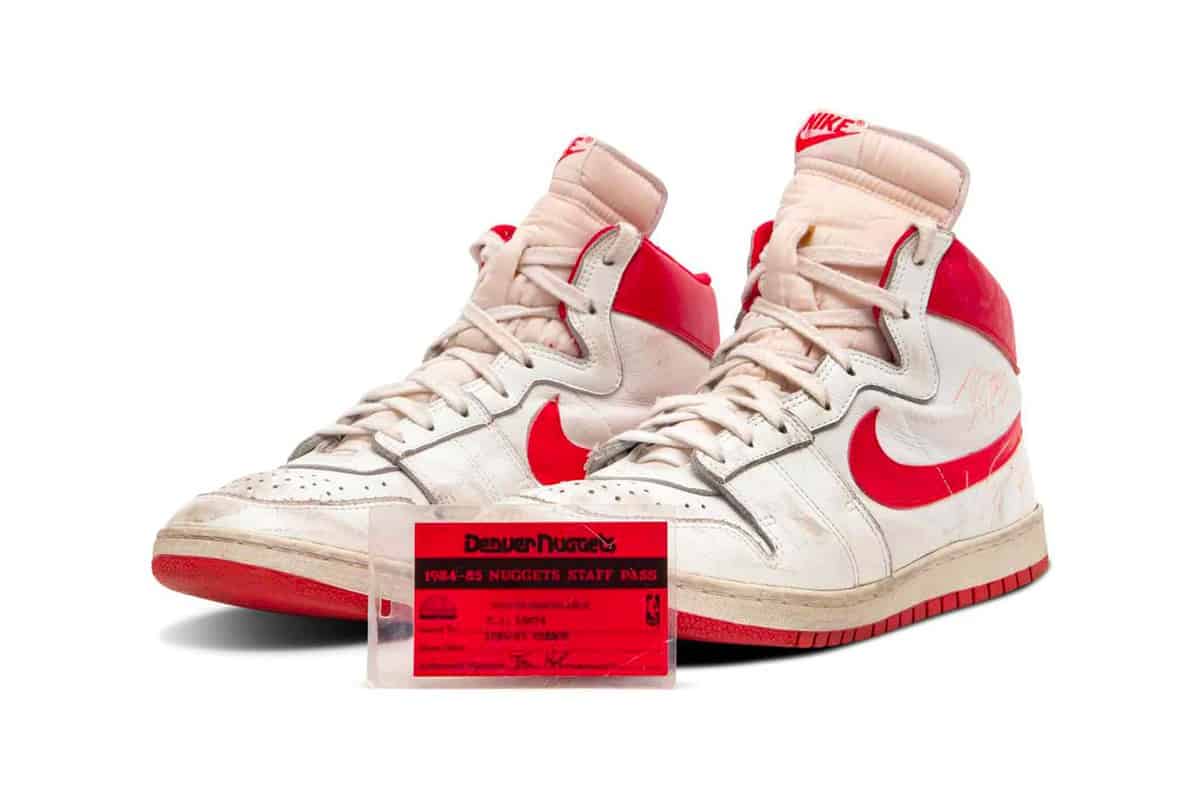 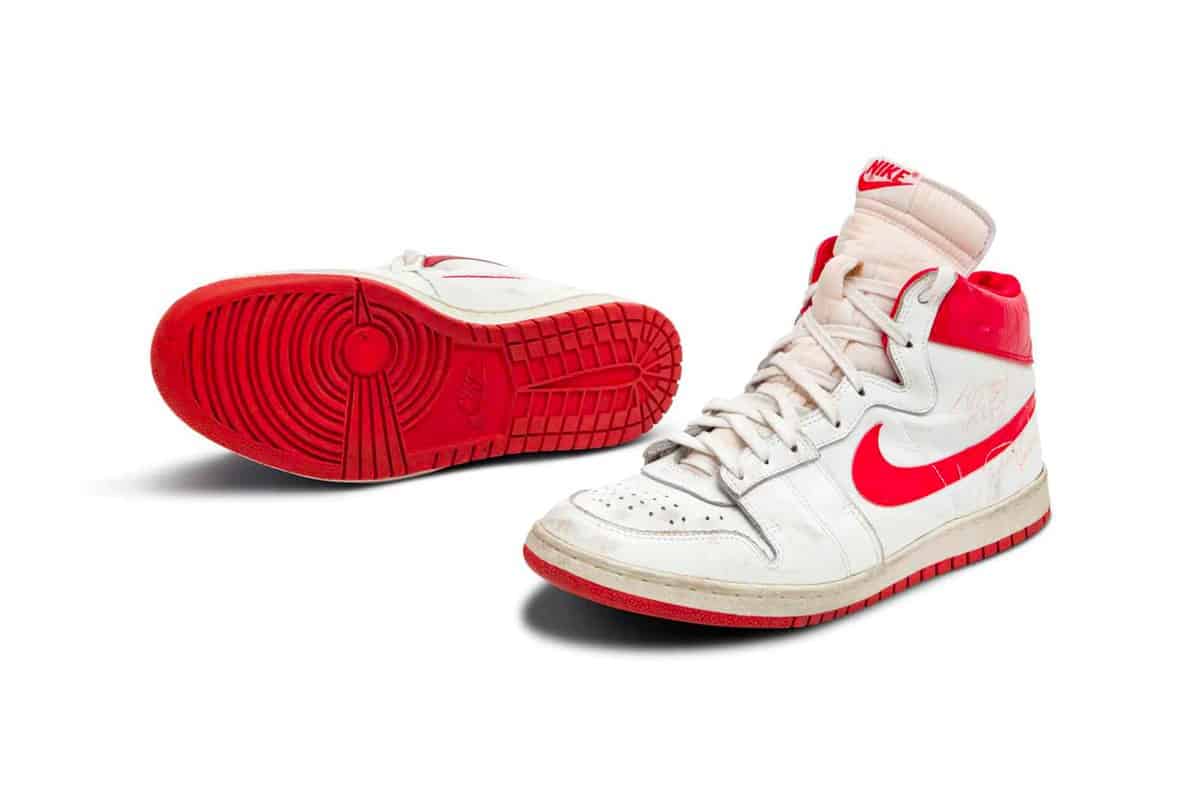 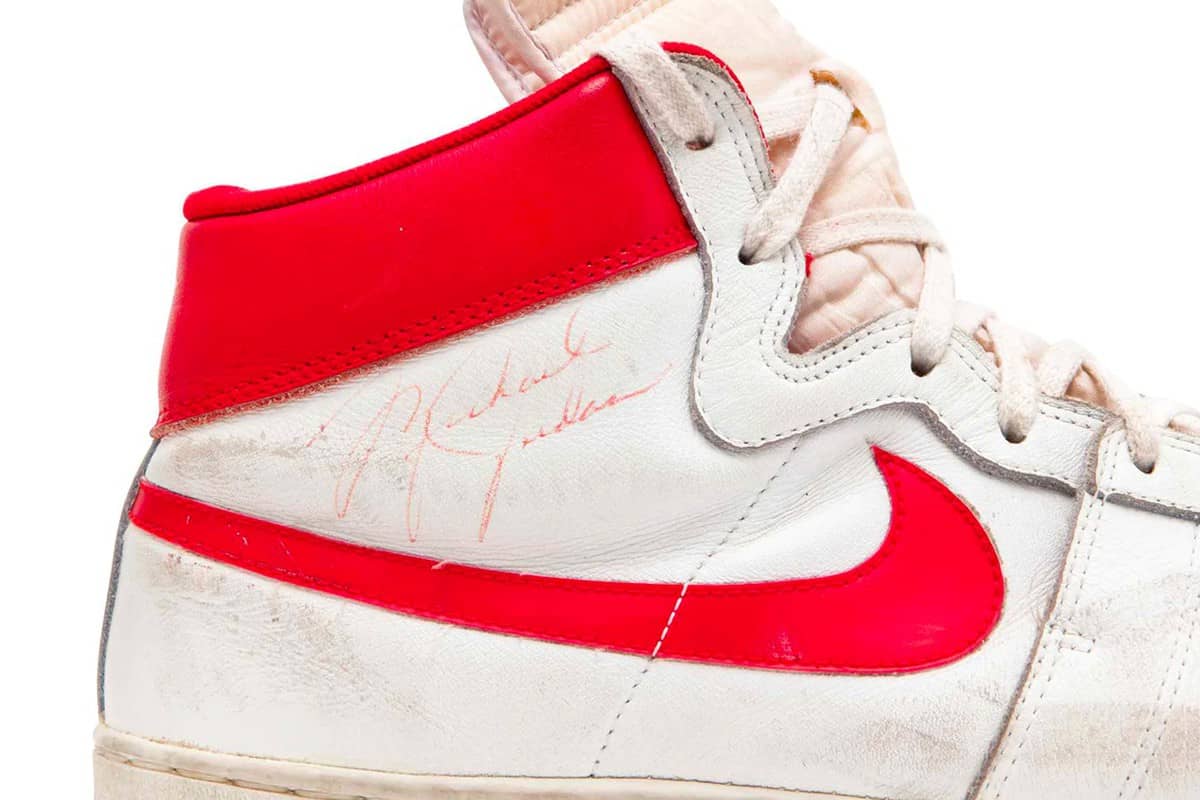 The kicks were gifted to the Denver Nuggets ball boy Mr. Tommie Tim III Lewis who kept them safely locked away over the past 37 years. Not only are they in reasonable condition, but Jordan even signed the kicks. The sneakers are set to fetch a whopping price, with the latest bid currently sitting at $1.1 million. There’s a high chance these could end up being the most expensive sneakers ever sold, which is remarkable.

“Michael Jordan and the Jordan Brand helped redefine what a signature line formed around an athlete could be. These sneakers are a crucial part of the genesis of that story,” said Brahm Wachter, Head of Sotheby’s Streetwear and Modern.

“This pair, with provenance from Michael’s 5th NBA game, really touches two worlds as the Nike Air Ship holds a special place in the hearts of sneakerheads as the precursor of the Air Jordan 1, but beyond that, it is also simply and incredible artifact that dates to the nascency of Michael Jordan’s rookie season. We are thrilled to unveil this astonishing piece worn by one of the best athletes to play any sport, as Sotheby’s continues to lead the sneaker and modern collectibles market.”

Sotheby’s “Icons of Excellence & Haute Luxury” auction features a host of opulent items, from a 1954 Porsche 356 Pre-A Speedster to a range of rare Rolex watches. The public can visit an exhibition. of the items at the ARIA Resort & Casino in Las Vegas from October 21 – 24. The live auction will take place on October 24 while online bidding officially kicks off from October 21 to November 4.

See more about - The 10 Best Jordans Of All Time