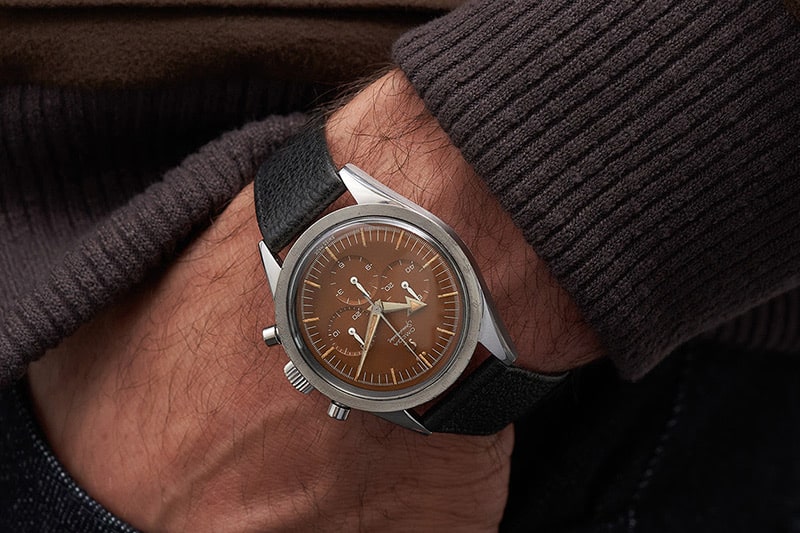 A watch from 1957, the Omega Speedmaster CK2915-1, caused shock and awe at a recent auction where it broke a prior record, earning the title of Omega’s “Most Expensive Sold” timepiece to date. 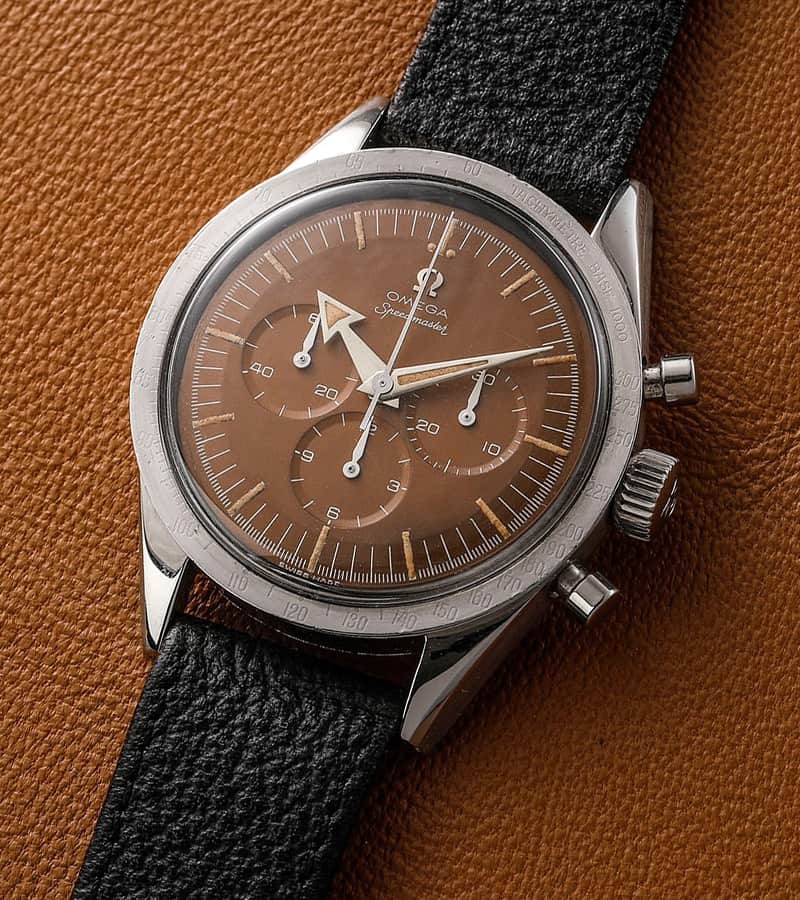 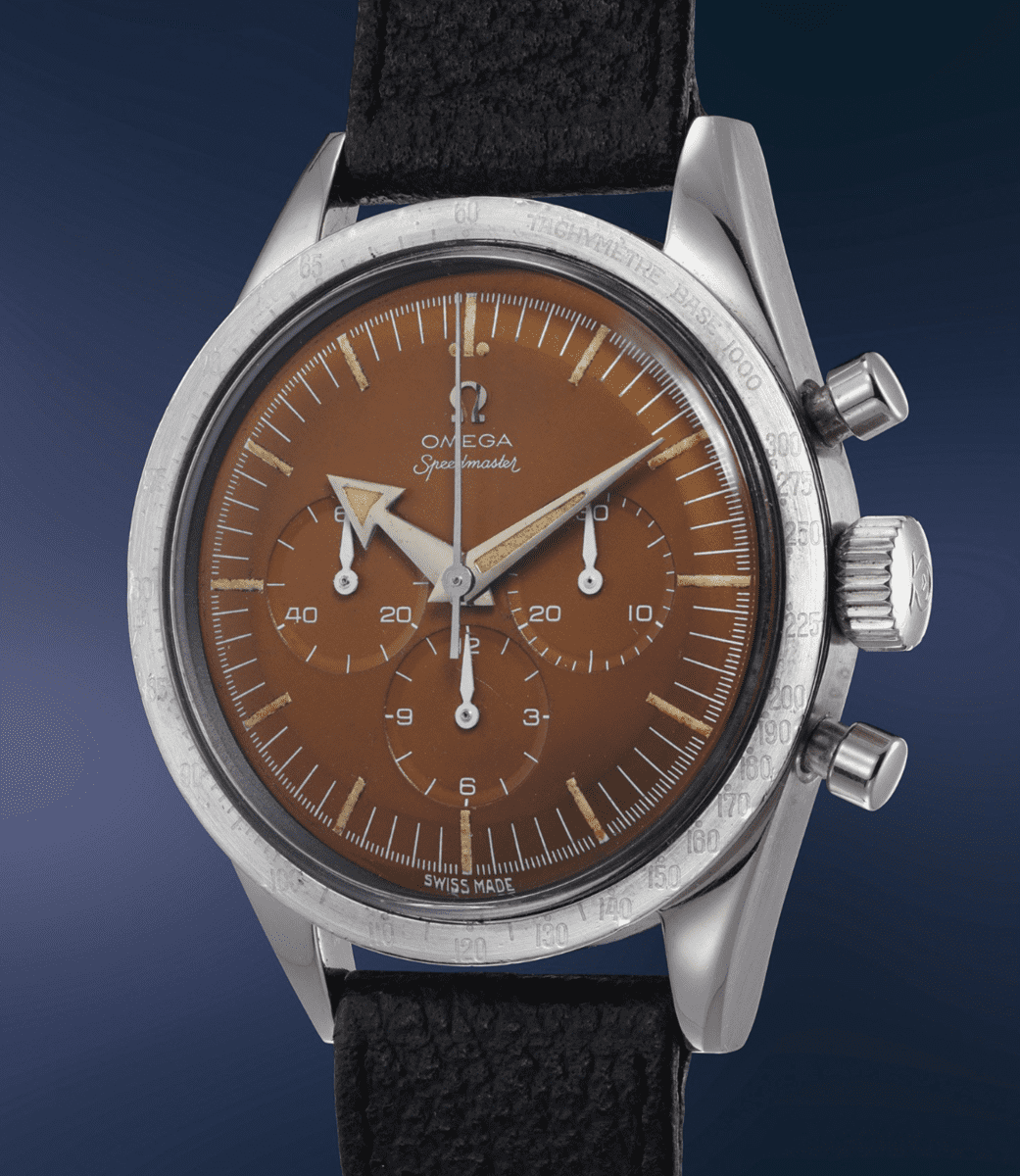 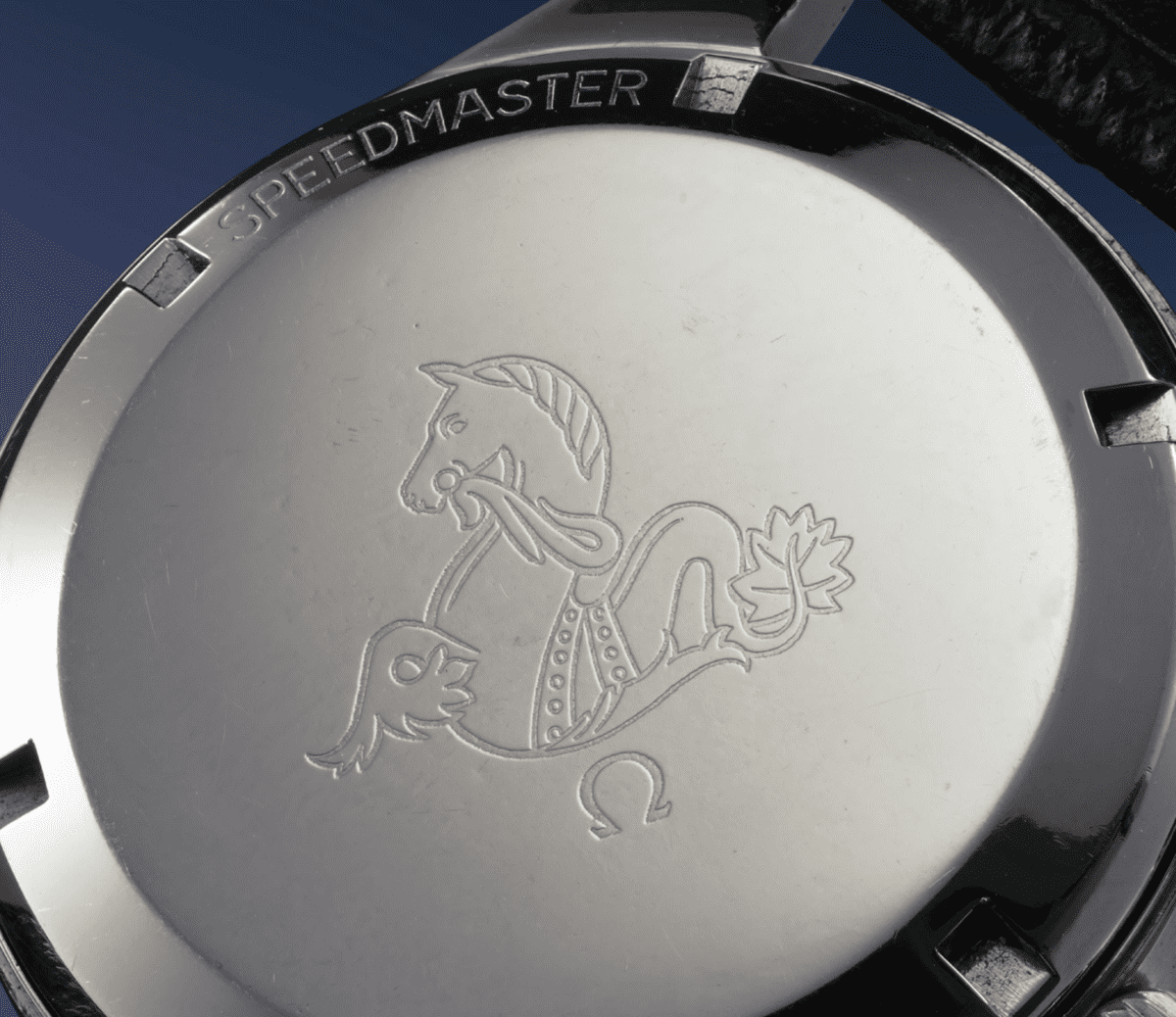 Many collectible watches are stored away safely under lock and key. That wasn’t the case for the recently auctioned piece.

The years seasoned the watch. All the time under the sun lent itself to what is now described as a “tropical” dial (thanks in part to its deep chocolate coloring). The well-loved appearance of the timepiece is arguably what made it such a hit with bidders.

Vintage details seem to envelop the auctioned timepiece, granting it a sense of intrigue, mystery, and adventure neatly packaged in golden ambiance.

When the watch was originally produced in the late 1950s, it was part of the brand’s “Trilogy” of watches designed for professionals. The other two models were the Railmaster and the Seamaster 300. 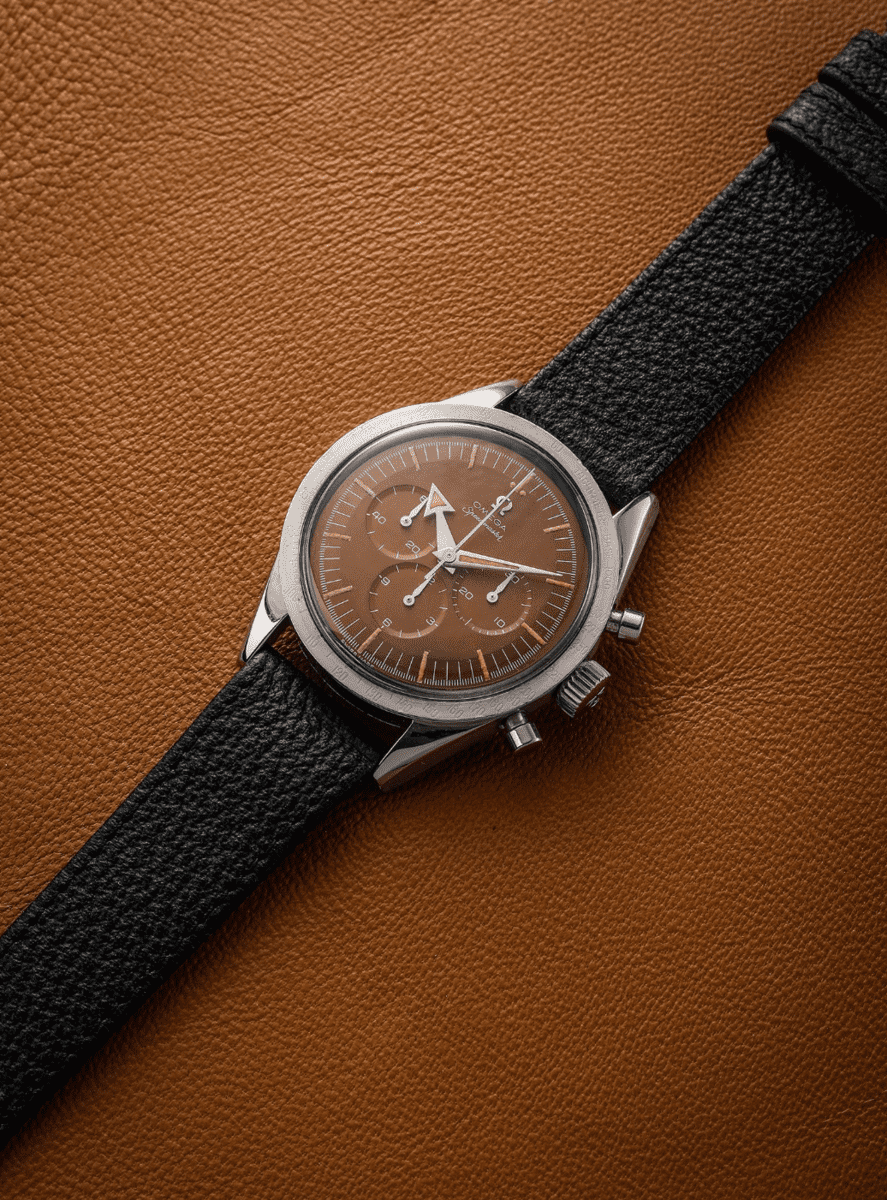 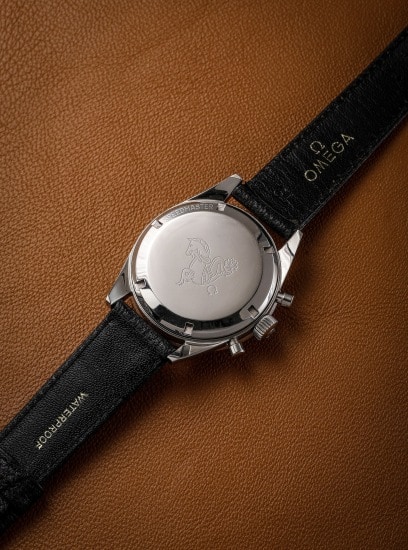 The Speedmaster has the honor of being the first to utilize the Calibre 321 movement. Omega has actually begun using the chronometer again as it was once notable for being the one worn by astronauts headed into space in NASA’s early days.

The sale of the watch included the original manufacturer literature and an Omega “Extract from the Archives.” This document outlines the date of production for the Speedmaster CK2915-1, November 22nd, 1957. Its birthday is to be celebrated later this month.

These watches were only made for a couple years, from 1957 to 1959. In other words, these productions are worth the hype for today’s collectors, at least more so than the professionals had guessed.