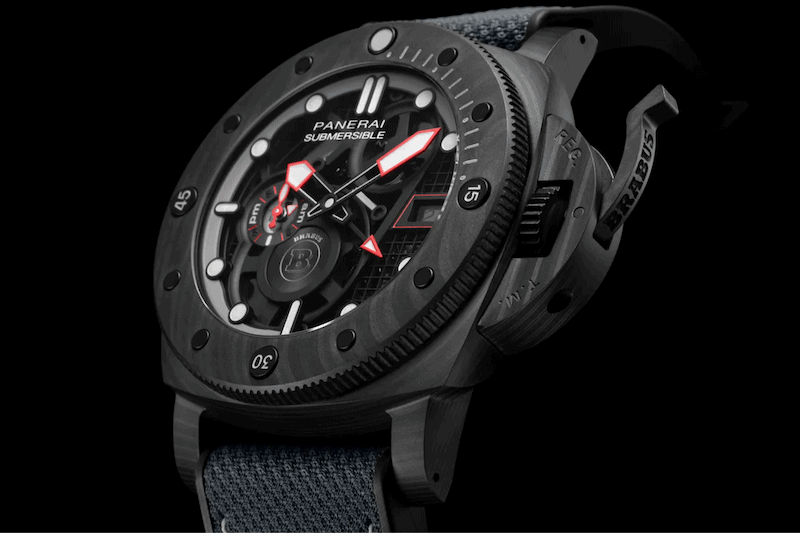 Panerai Teams With Brabus for the Unique Submersible S

European luxury brands Panerai and Brabus have teamed for the first time on the Submersible S Brabus Black Ops Edition. The Italian watchmaker and German high-performance aftermarket tuner’s collaboration is a nautical-themed watch that debuted at the Monaco Yacht Show.

“When put side by side, the similarities in regard to design language and overall character of the Panerai Submersible and the BRABUS Marine line of dayboats are obvious and striking. Both are made to be functional and stylish tools for life in the marine environment and therefore this combination just makes sense” said Constantin Buschmann, CEO, and owner of Brabus.

The gunmetal gray, black, and red color scheme is reminiscent of Brabus’ Shadow Black Ops boats, with the watch coming with a patented polarised date window that enables the date to appear within its aperture without the rest of the date wheel being visible in the movement. 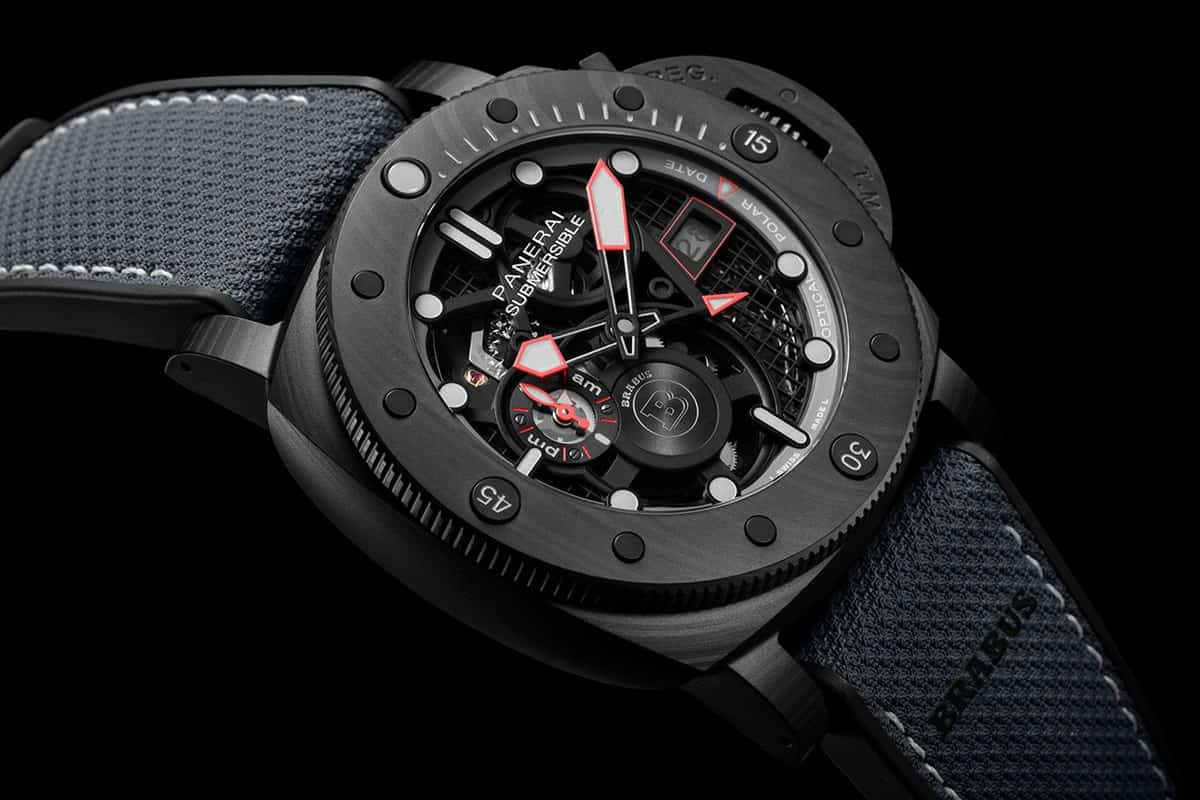 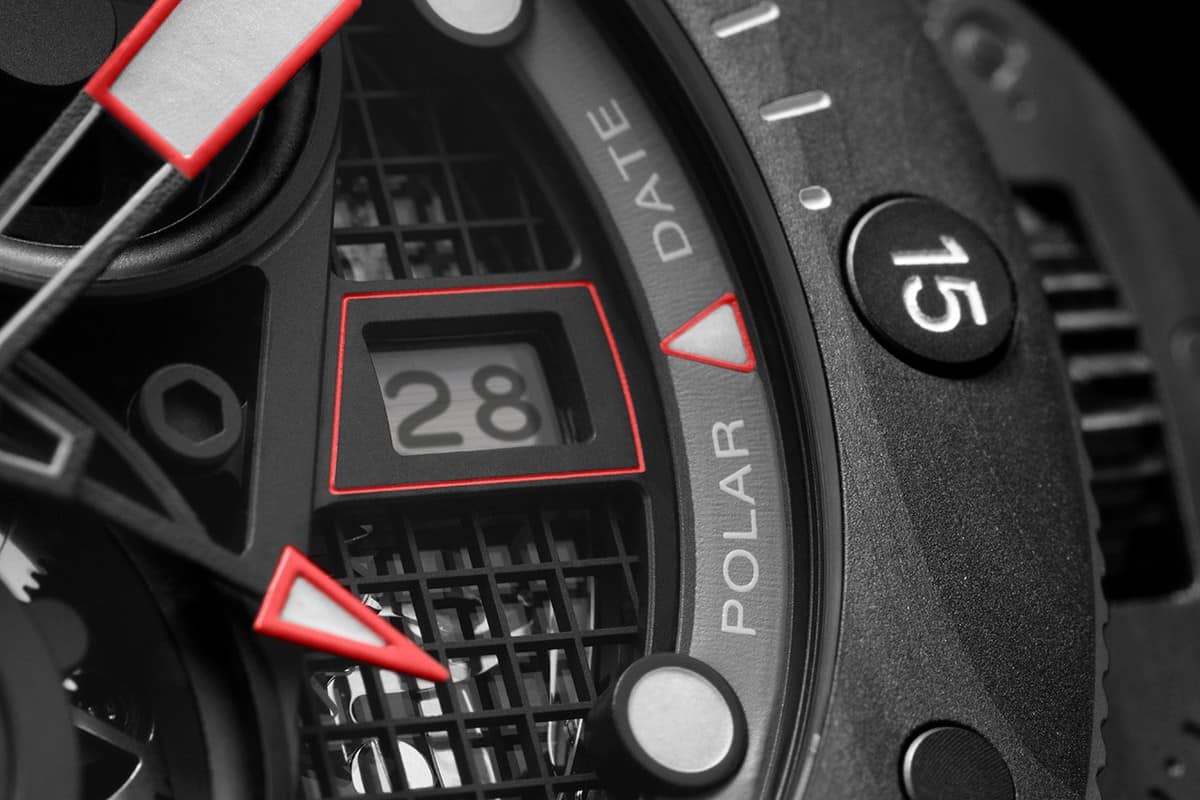 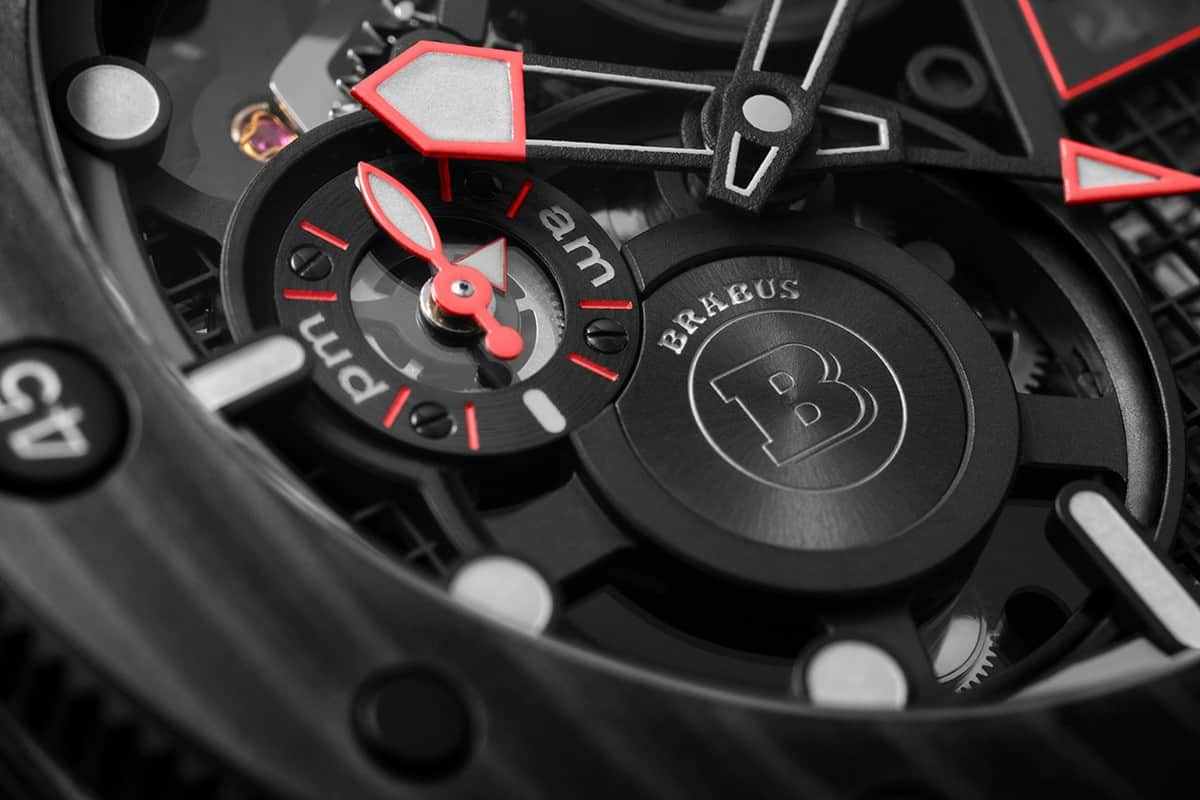 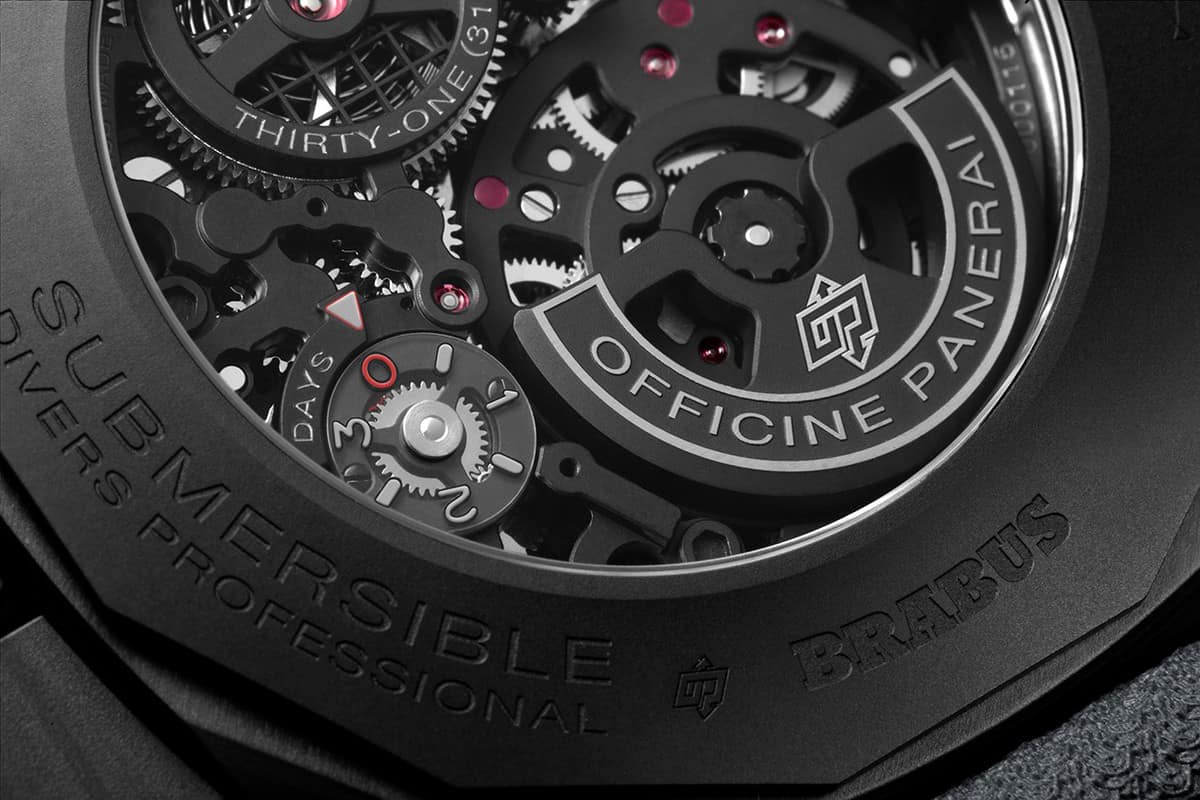 Another unique aspect of this nautical watch is Panerai’s P.4001/s movement that uses a high-density tungsten micro-rotor and two mainspring barrels for a 72-hour power reserve. The dials, hour markings, and band have been coated in Super-LumiNova so you can tell the time even when it’s pitch black.

There’s also a unidirectional rotating bezel for dive timing, a hacking seconds feature that allows easy synchronization, an AM/PM indication on the dial, a GMT function, a KIF Parechoc anti-shock device, and Glucydur balance for stabilization in various temperatures.

Water-resistant up to 300m, only 100 of the Submersible S Brabus Black Ops Edition will be available, priced at $55,000 USD.