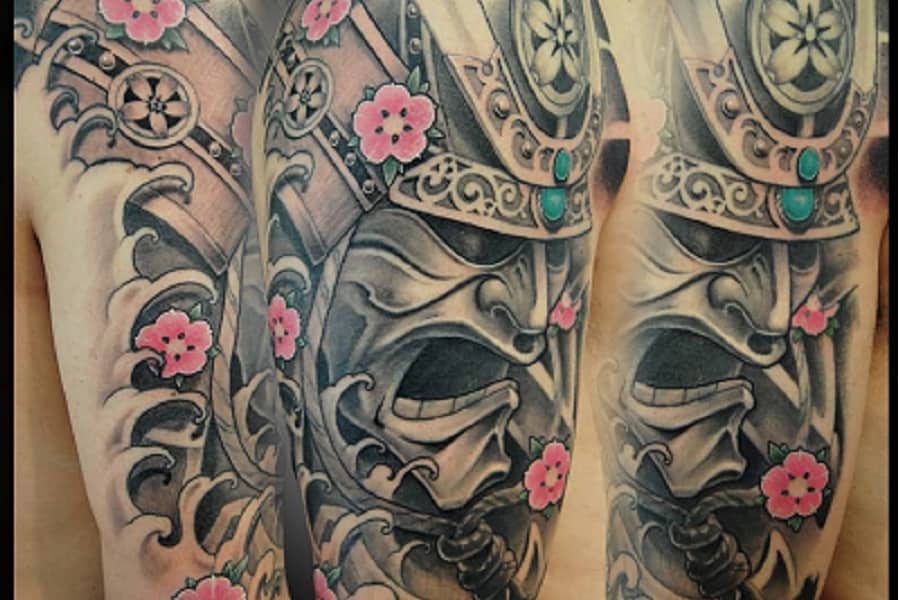 The ronin samurai warrior is a romanticized tattoo subject, often portrayed as the Japanese equivalent of Clint Eastwood.

Ronin were masterless samurai either disenfranchised by the death of their master or through their leader’s loss of favor and privilege. In the rigid class system of feudal Japan, most Samurai lords who lost honor for their houses committed seppuku (ritual suicide).

Those unwanted samurai left behind, unable or unwilling to serve a new master, took their katana on the road to eke out a living as mercenaries, or swaggered about as vagabonds and bullies.

The following 85 tattoo ideas show off an awesome array of ronin tattoo designs and concepts, while toward the end of the gallery there’s some useful FAQ questions about samurai which can help you decide on a theme for a new tattoo.

What do Ronin tattoos symbolize?

The Japanese word rounin (ronin in English), is a combination of two kanji that when combined mean wandering person or drifter. Ronin were masterless samurai featured in popular crossover tales such as Musashi and the 47 Ronin.

Ronin strike a chord with tattoo enthusiasts who still identify as loners, drifters, and outcasts, like the Spaghetti Western version of Clint Eastwood back in the 1970s.

What is the difference between Ronin and Samurai?

Samurai were the aristocratic class of soldier that fought for their clan Lord and household.

When a Lord lost his life or was embarrassed and committed seppuku, these Samurai were expected to atone by also taking their life as recompense.

Those who didn’t became masterless Samurai known as Ronin, who were generally shunned by their own class and became mercenaries, vagabonds, and sometimes criminals.

What do Japanese Samurai and Ronin Mask tattoos symbolize?

The Japanese word Oni means demon. Oni Mask tattoos are often deployed in samurai and ronin body art because to an Oni mask was to have succumbed to your base nature and abandoned the noble ideals of the Samurai.

As ronin were disenfranchised samurai, debased from their original station and shunned by previous equals, taking up an oni mask or helmet was a sign of submission but also a reflection of their outsider status.

Did you enjoy these ronin tattoo designs? Click on the links below for more Japanese inspired tattoo art: