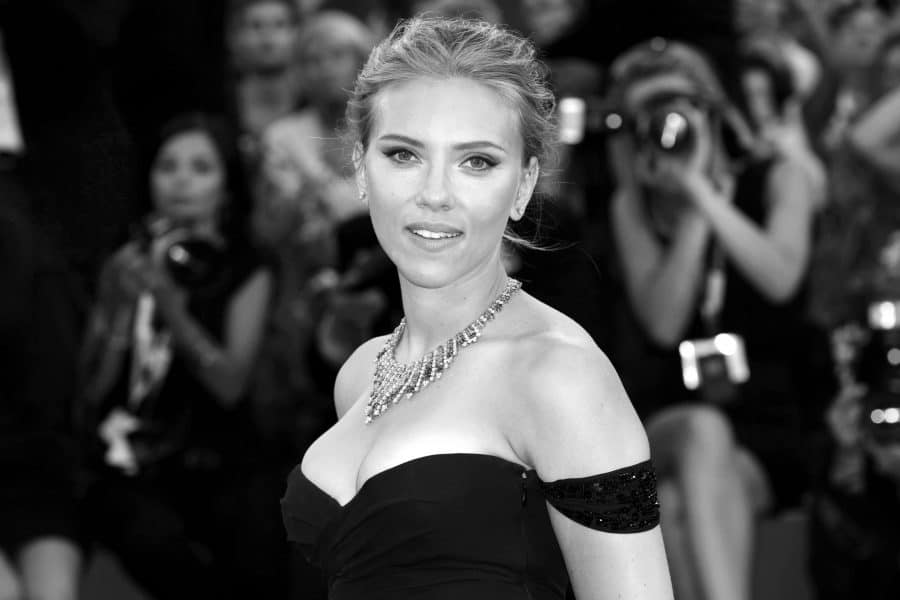 Take a glimpse into the meaning behind Scarlett Johansson’s eight tattoos and what drives the star’s enjoyment of a range of body art styles.

Hollywood is a fickle place, especially for actresses. Leading ladies come and go, and it takes a special kind of star to stand the test of time in show business. Scarlett Johansson is one of those transcendent stars. Getting an early start, Johansson has been entertaining audiences for almost twenty-five years, and given her massive popularity it doesn’t look like ScarJo is going anywhere.

One thing fans have taken to is ScarJo’s love of tattoos. Drawing inspiration from classical art styles and traditional tattoo designs, ScarJo’s assortment of permanent body art has been the subject of speculation among devoted fans and paparazzi alike.

Utilizing a variety of approaches in several different styles, ScarJo’s tattoos demonstrate her vivacious personality and eclectic tastes. Here we will examine her eight tattoos and the significance behind them. 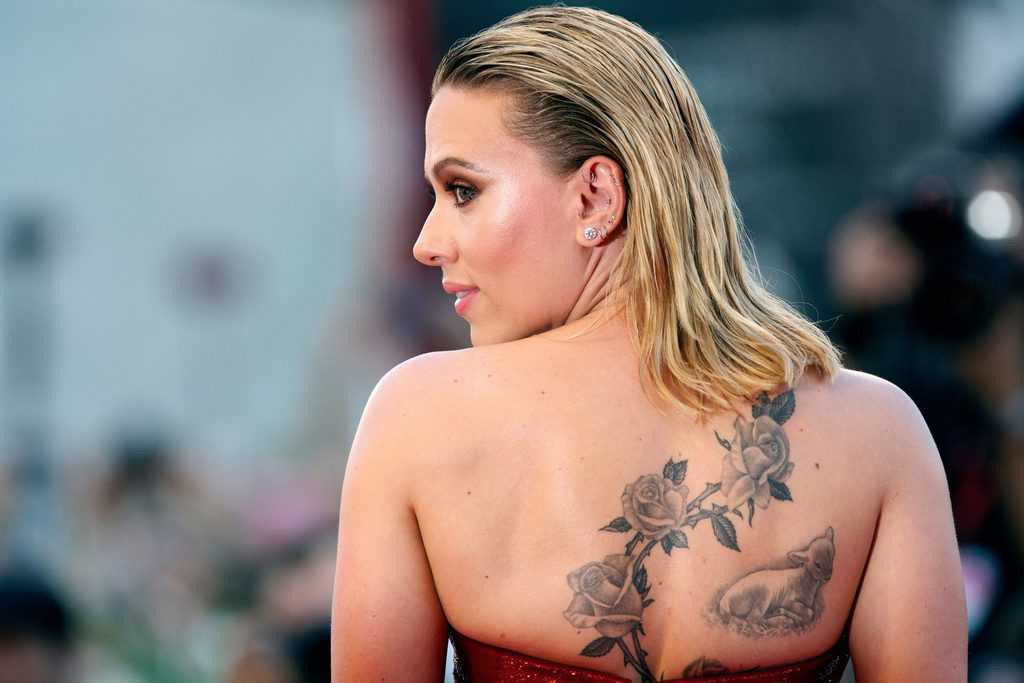 Running up the length of the right side of her back, Scarlett has a large tattoo made up of climbing roses and a small lamb. All completed using smooth black and gray shading and taking a realistic approach to the design, this is by far Johansson’s largest and most elaborate piece. Applied by her go to artist, Josh Lord, Scarlett has never spoken openly about the significance behind this large piece, although many speculate that it is dedicated to her daughter, Rose Dorothy Dauriac. 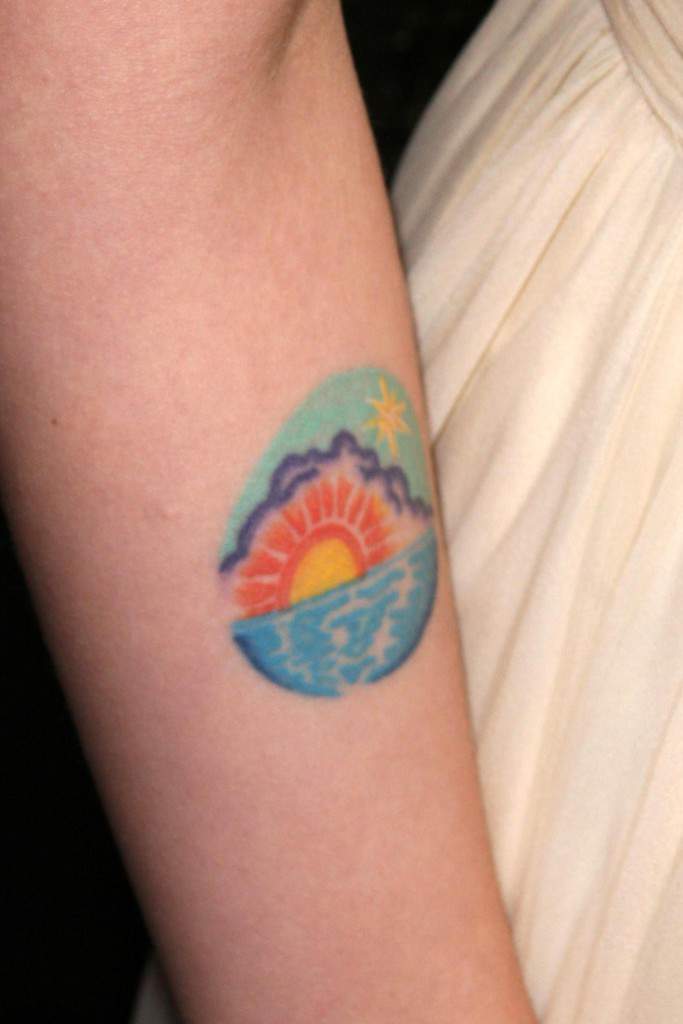 Located on her inside, left forearm, Johansson has a full color depiction of the sun rising over the sea. Using a rudimentary approach that eschews bold outlines in favor of an approach more akin to watercolor paintings, the piece is childlike in its simplicity. This is the most vibrant of ScarJo’s tattoos, and she has been reported saying that the simple piece and soft colors lift her mood and give her a feeling of optimism. 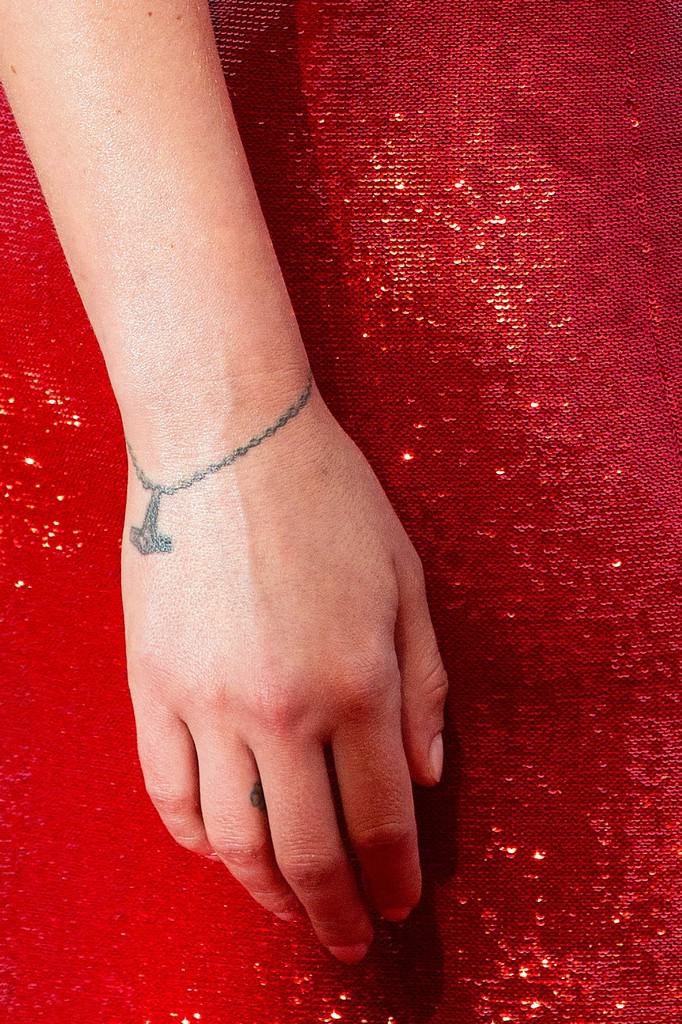 Another of ScarJo’s tattoos that elicited speculation is the small bracelet located on her right wrist. In this piece, the artist took a subdued approach that utilizes clean black ink to create the links of the chain and the single, dangling pendant. The significance behind some of the elements in this is piece is straightforward: the charm says “I *HEART* NY”, an ode to the city she was born in.

Others have speculated that the shape of the pendant is a reference to Thor’s Hammer in the Marvel franchise Johansson has starred in. ScarJo hasn’t specifically confirmed this, although the time frame for when she got the tattoo inked does line up with this hypothesis.

Located on her right rib cage, ScarJo unveiled this piece in 2012 and it is reported that Fuzi Uvtpk was the artist. In this piece, the artist took a loose approach that gives the piece a rough, amateur feel that fits well with the playful nature of the design. Horseshoes are classic elements in American traditional tattooing and their association with good luck is well known. While ScarJo hasn’t spoken directly to the deeper significance of the piece, anyone that gets close enough to see this tattoo certainly would be lucky.

Located on her right ribcage and continuing onto her stomach, near her horseshoe, Scarlett has a tattoo of an owl, mid-flight. This is one of her more mysterious pieces, thanks to its location and the limited glimpses that Scarlett has provided during a variety of red carpets and in more candid settings.

Applied in clean black and gray and using a realistic approach this tattoo further cements Johansson’s preference for the understated appeal of black and gray work. Once again, Scarlett plays it close to the vest and hasn’t spoken publicly about the significance behind this interesting tattoo. 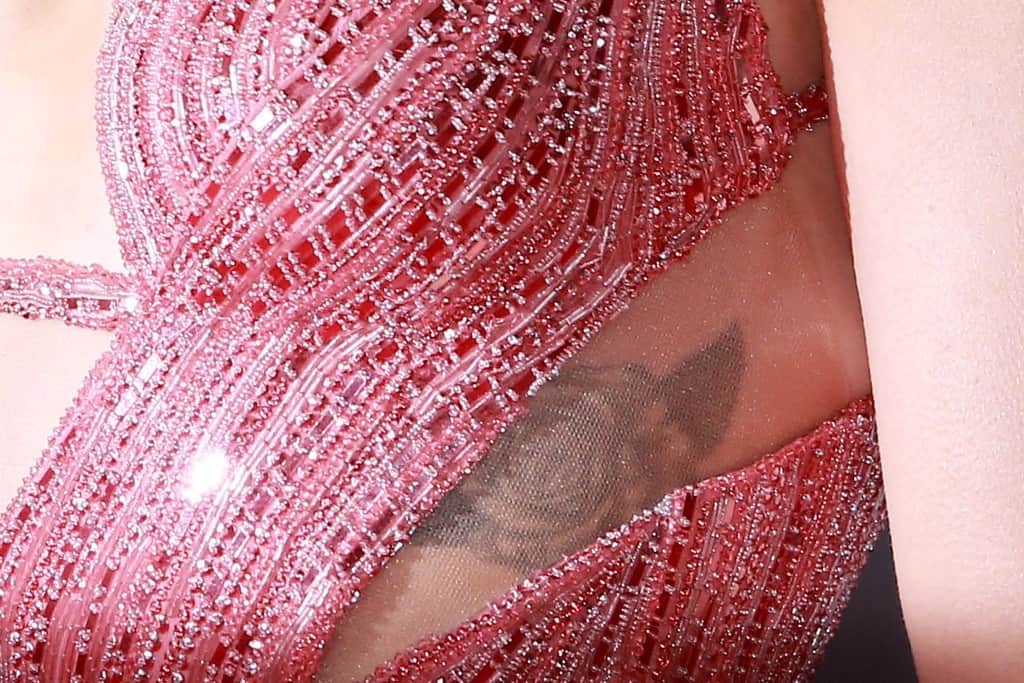 Opposite her other designs, on her left side, Scarlett has a single, black and gray rose. Once again, this piece is not as commonly seen as her other designs, though that doesn’t mean that fans aren’t interested in this cleanly etched piece of ink. Like the roses on her much larger back tattoo, most of the speculation revolving around this piece suggests that is another reference to her daughter.

Located on the inside of her right, upper arm, Scarlett has a stylized version of the Avengers insignia from the billion-dollar superhero franchise that brought her back to the forefront of Hollywood.
Applied in 2018 by Josh Lord of Eastside Ink, this is Johansson’s most recent tattoo, and a piece she shares with four of the other five Avengers (The Hulk Mark Ruffalo abstained). While the others in the team agreed to the ink, according to Iron Man himself, Robert Downey Jr., the idea was tattoo lover Scarlett’s.

While it is her off the charts acting chops and ability to throw herself into any type of role that sets her apart as one of the best actresses in Hollywood, her down to earth attitude endears Scarlett Johansson to her to fans. Her eclectic collection of tattoos perfectly captures ScarJo’s fun personality and unique artistic sensibilities.

One of her smaller pieces, Scarlett has a small Vesica Pisces symbol with the letter “A” in the foremost circle. Applied in simple black ink, this ancient symbol holds deep significance, both in mathematics as well as in the mystical discipline of Sacred Geometry.

There has been much speculation about the meaning of this tattoo, although ScarJo has never spoken directly to the significance of this tiny design. Some conjecture suggests that “A” may a former flame or some other significant person’s initial, although until Scarlett lets us in on the secret we will have to wait for a definitive answer.