Being that they are vigorous and fearless creatures, sharks are a common tattoo for marine life enthusiasts. The way they present themselves emphasizes their strong presence and seemingly invulnerable physique.

A shark’s characteristics of power and vitality make people feel a certain spiritual affinity to them.

Seafarers commonly boast a shark tattoo as a sigil of protection for a long voyage ahead or as a badge of honor for sailors that show no fear for the dangers of the unforgiving sea.

In Hawaiian mythology, the shark is seen as an ancient god, and by performing a certain ritual, relatives that have passed on can be reincarnated into these powerful beings. Ancestors known as ‘Aumakua’ would then continue to protect a family’s descendants, which is why many native Hawaiians care for and feed sharks that swim too close to shore.

Shark sleeve tattoos are very flexible when it comes to style. The tribal shark tattoo is a huge trend amongst men, especially on the upper arm. Others prefer a more detailed depiction with the shark’s mouth wide open ready to attack.

Even when they’re sleeping, sharks are constantly in motion which makes them an influential symbol for an aggressive lust for life. Wearers of the shark tattoo can have a cold poker face that speaks intelligence and insight on the outside while being chaotic and aggressive on the inside. 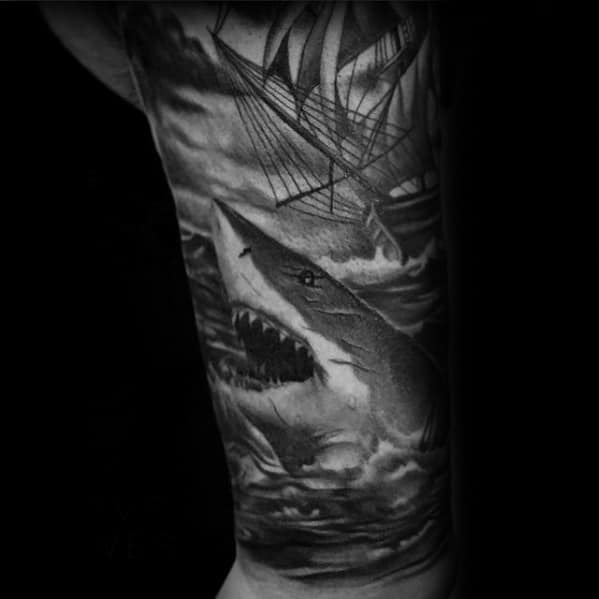 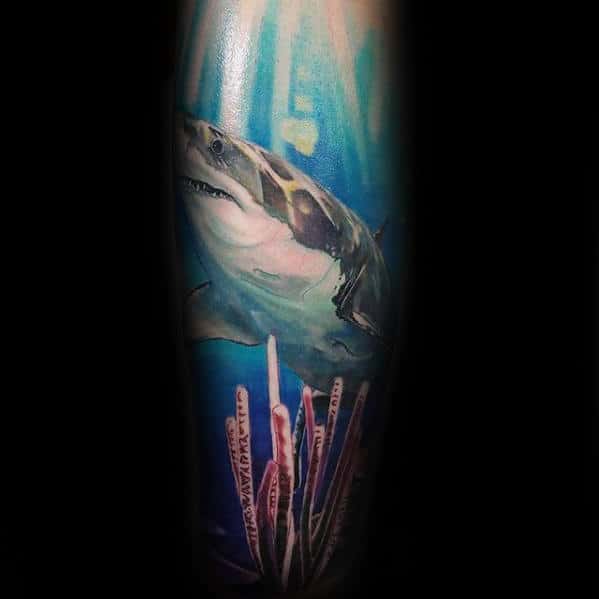 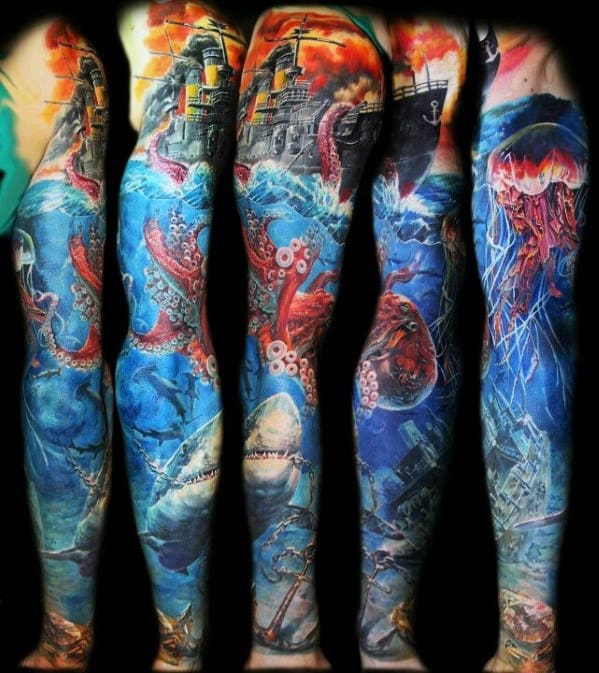 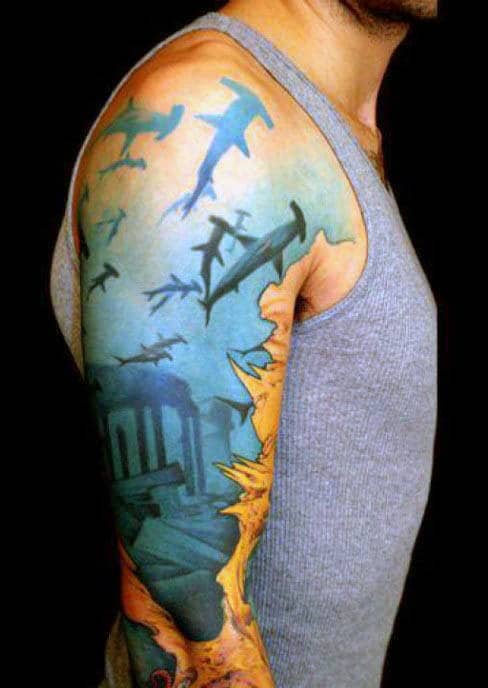 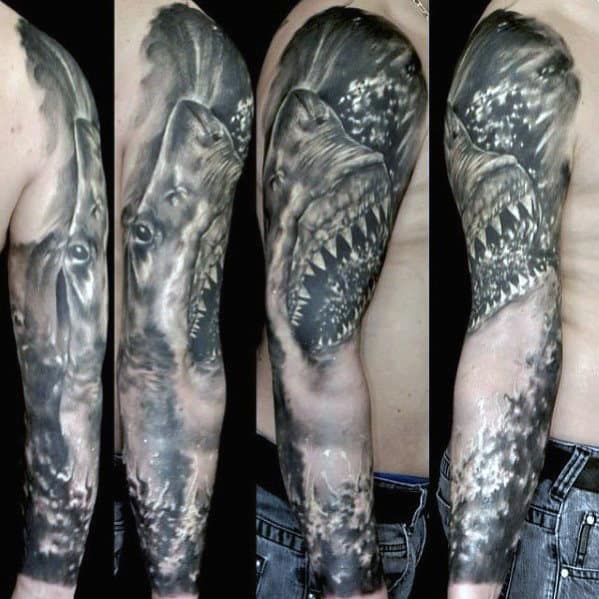 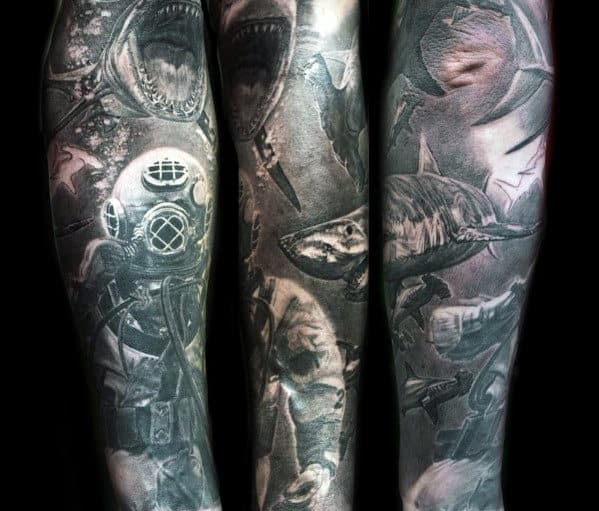 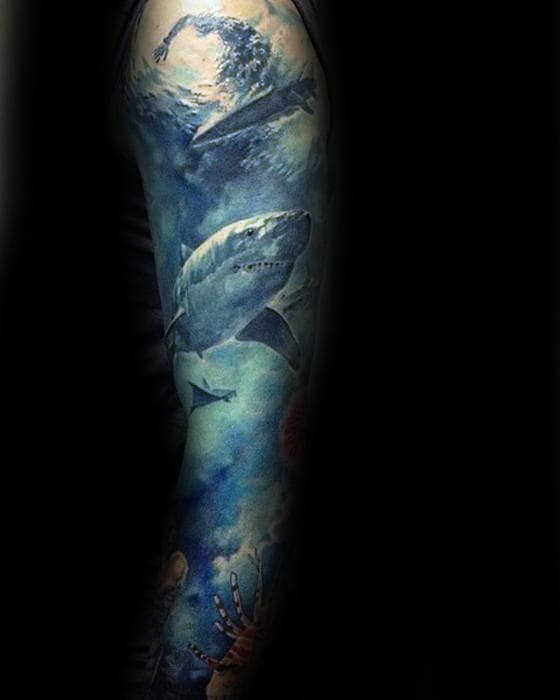 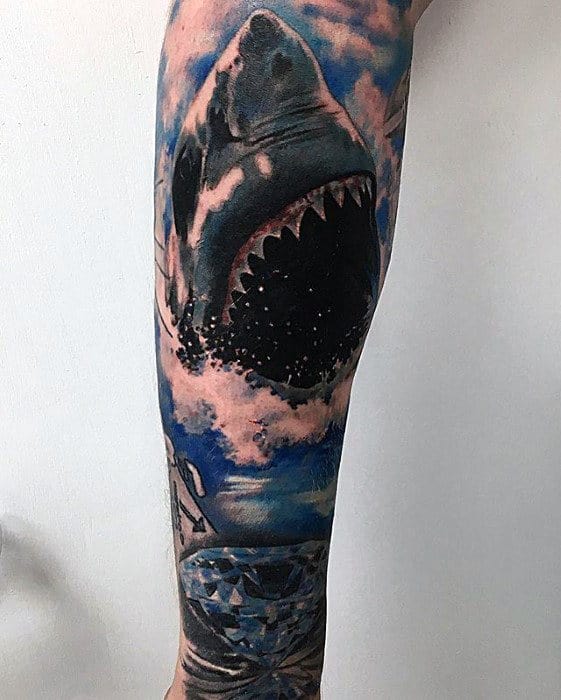 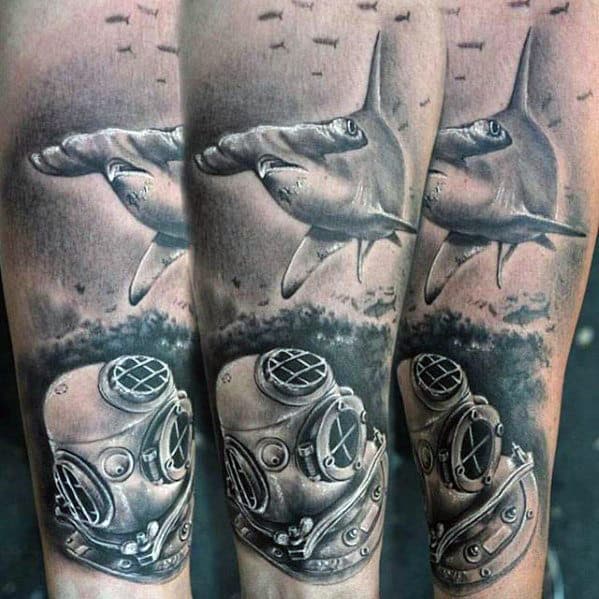 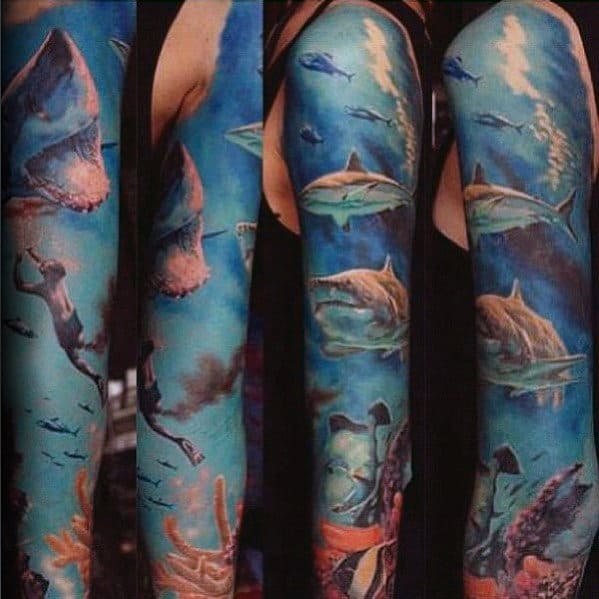 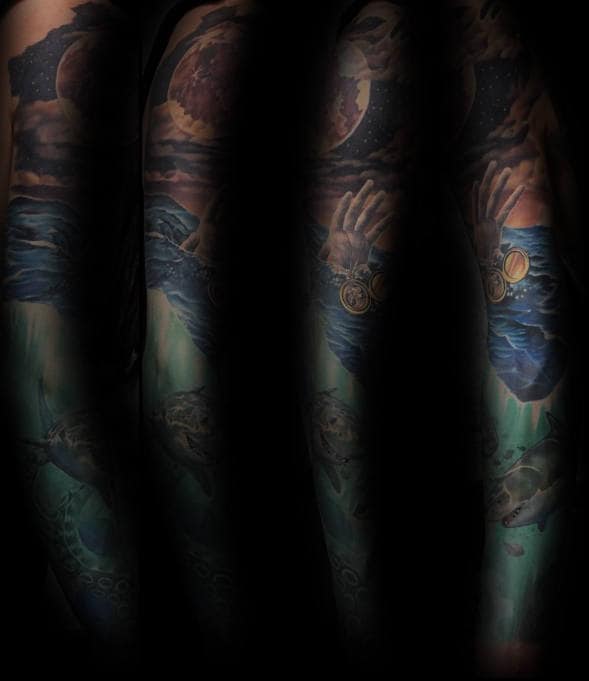 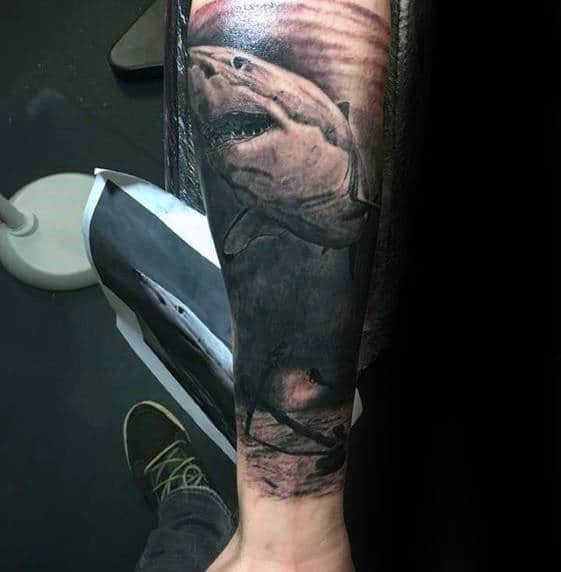 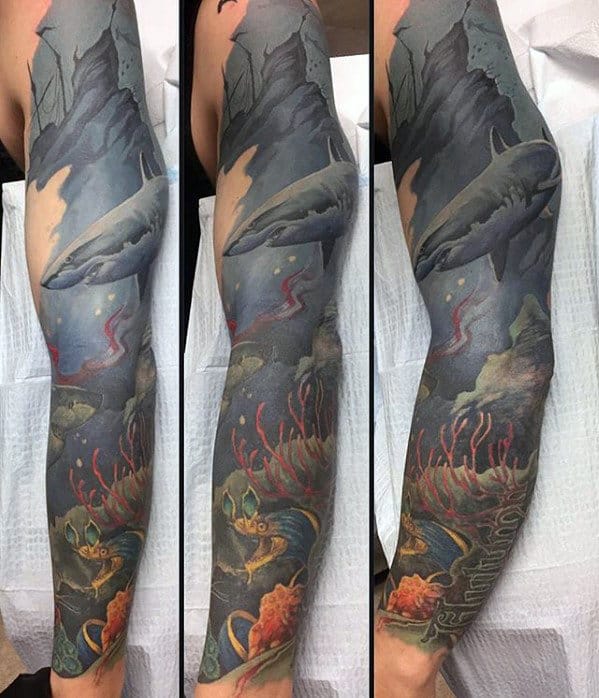 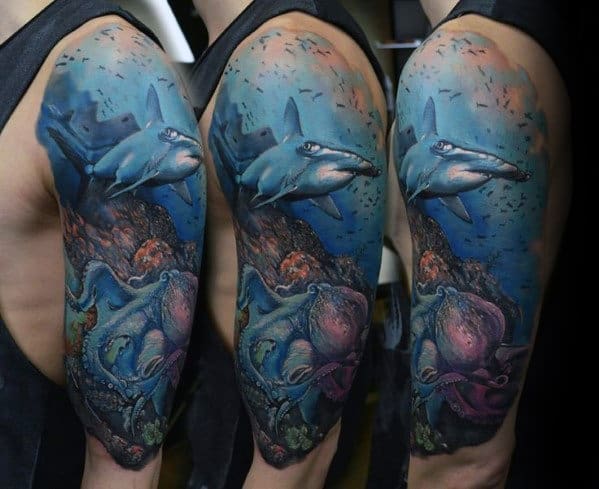 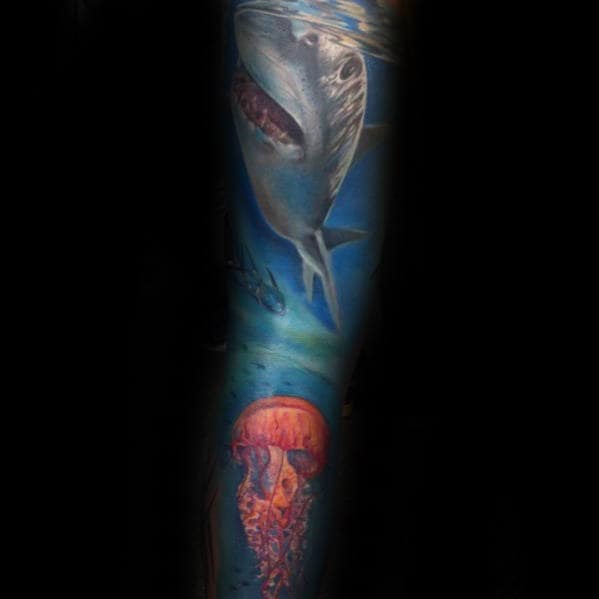 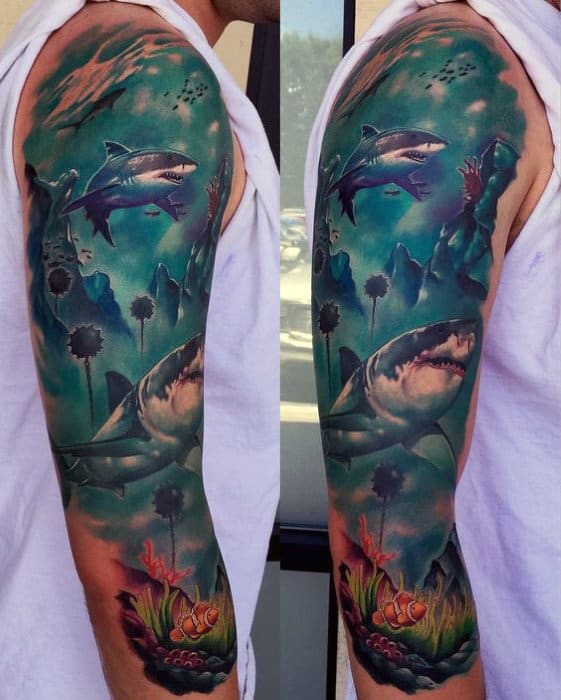 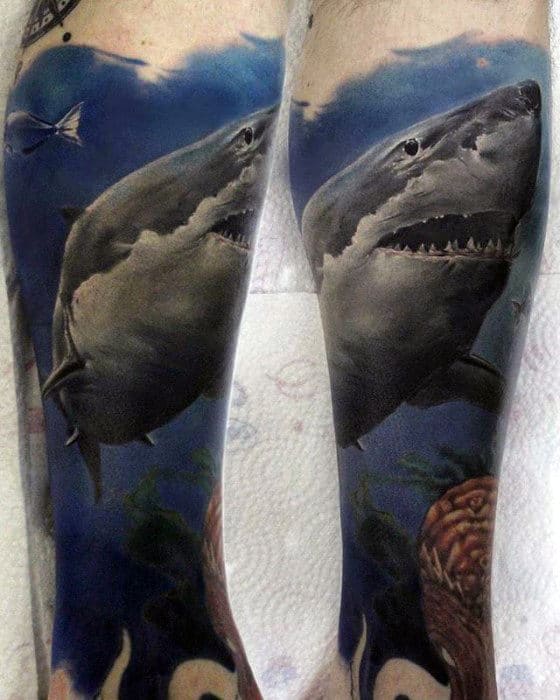 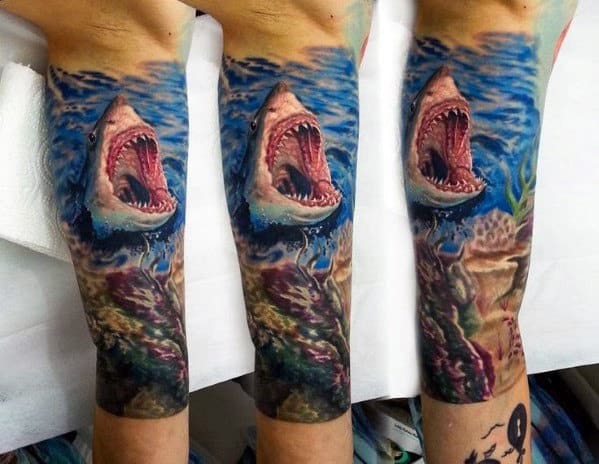 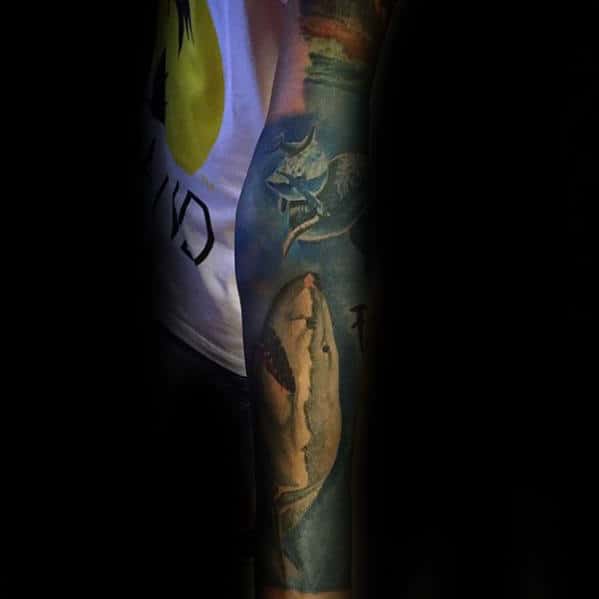 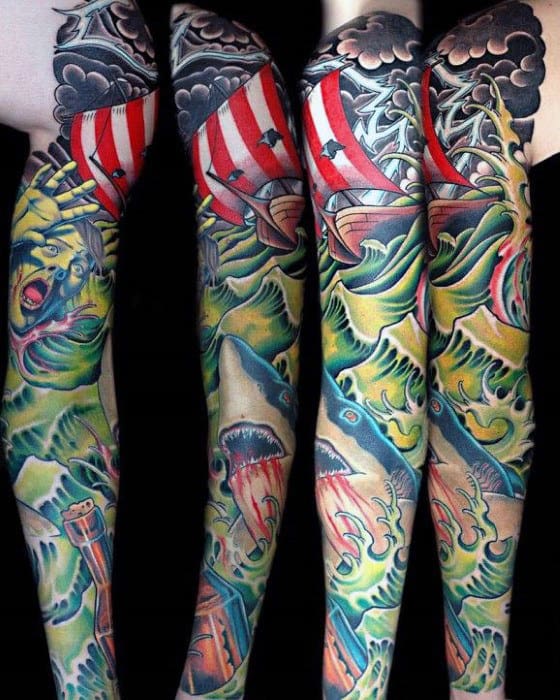 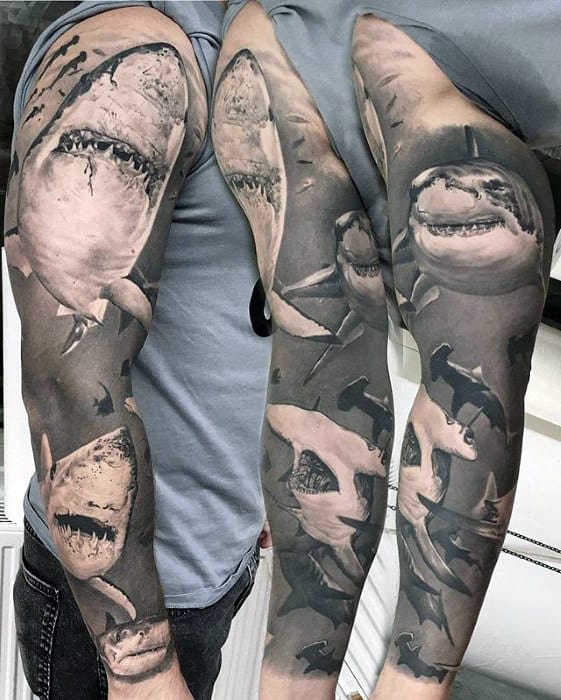 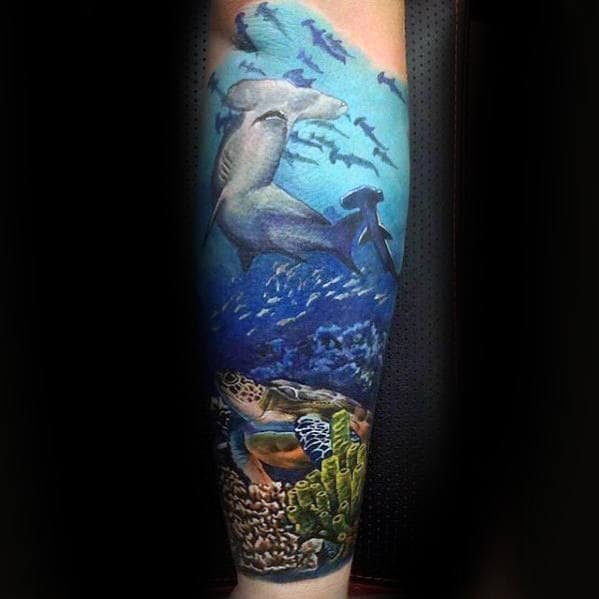 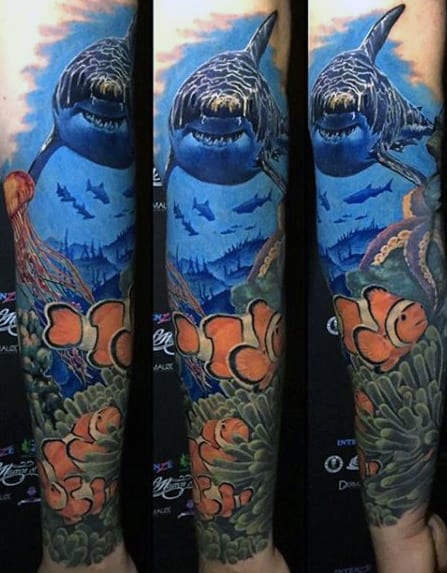 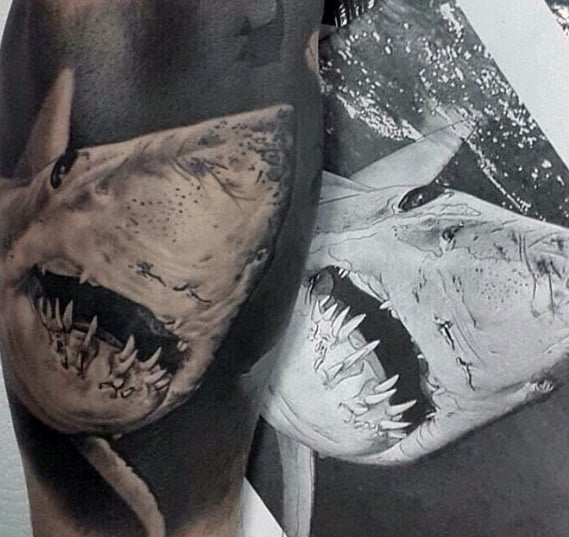 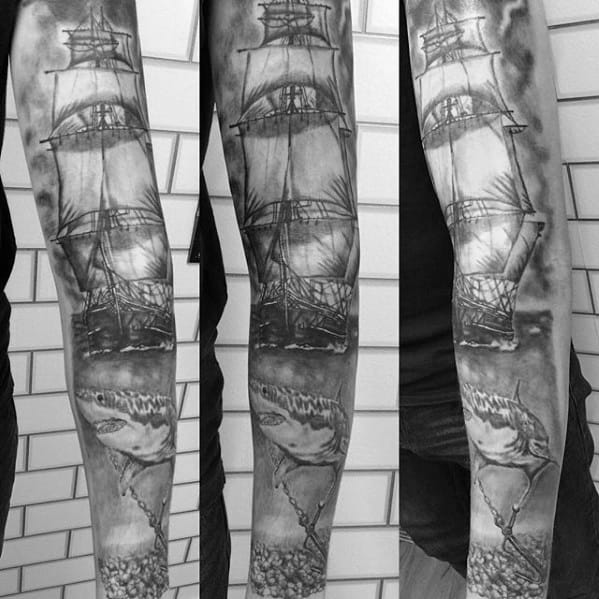 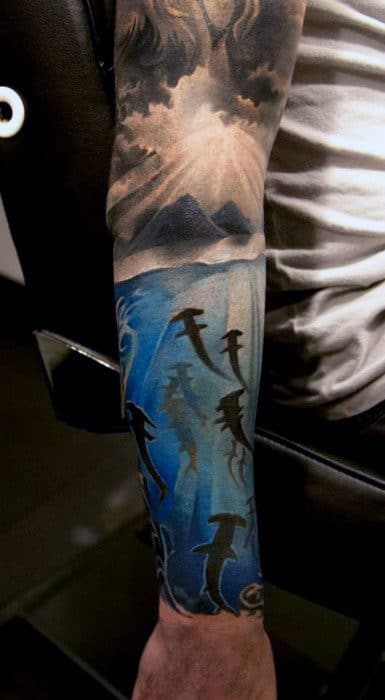 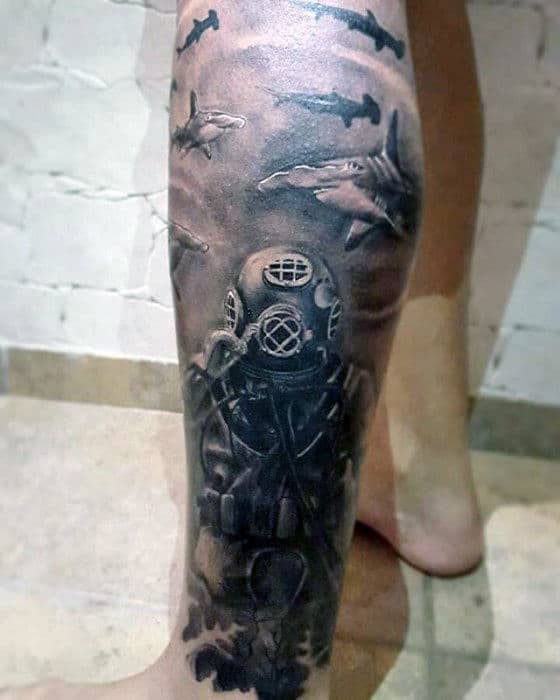 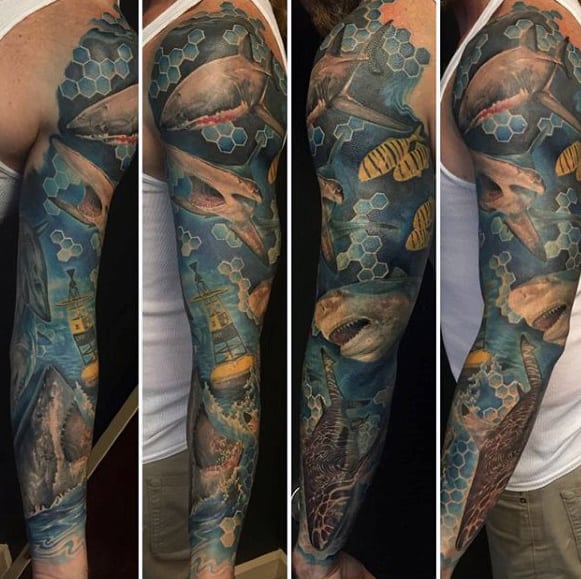 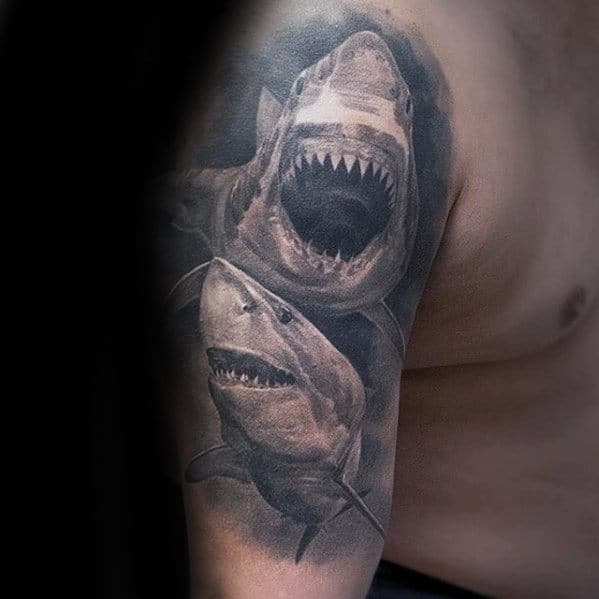