True fans of Star Wars know that the Star Destroyer is the most powerful and terrifying ship in the Imperial Navy.

Loyalists who understand that the Empire did nothing wrong will love this sleek and dangerous symbol of order, justice and death to the rebels.

With an iconic dagger shape and stunning level of detail, the Imperial Star Destroyer makes a bold tattoo with a variety of options for your ink. Whether it’s a full piece with this massive fleet leader gliding majestically though a brilliant starry sky or a simple emblematic stamp with clean and confident lines, a tattoo of this unparalleled warship shows the world that, while you may be a nerd, you’re not one to mess with.

The pride of the Galactic Empire at the height of its power, the Star Destroyer was staffed by the finest officers the Imperial Navy had to offer and was feared by rebel terrorists throughout the galaxy. A formidable fighting force in itself, it was also an impenetrable carrier for countless ships of war and symbolizes leadership, force, unquestionable authority and true love for the Empire and all things Star Wars.

In one of the most popular sci-fi titles of all time, the Star Destroyer is one of the most recognizable symbols of unavoidable totalitarian power. Give in to your true feelings and come to the dark side with this collection of awesome tattoo tributes to the unified strength and order of the Galactic Empire. 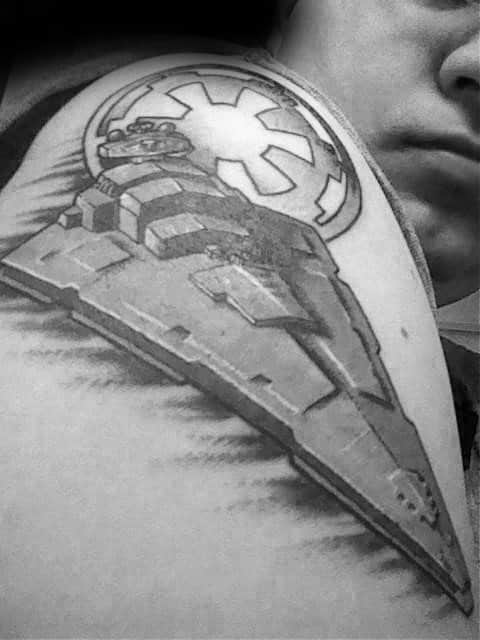 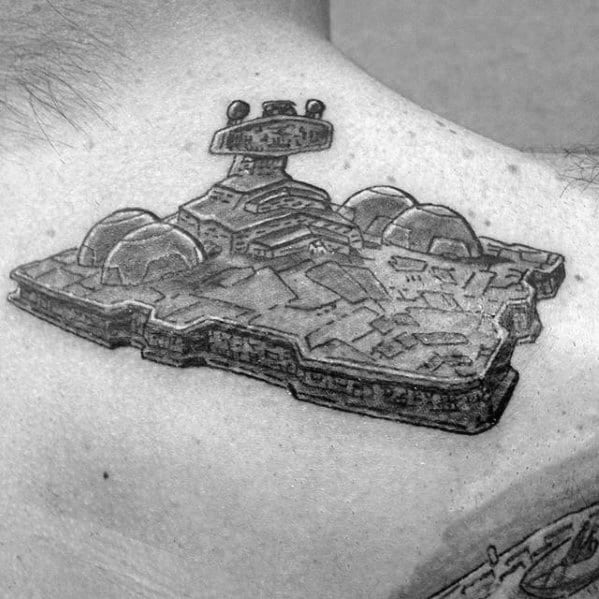 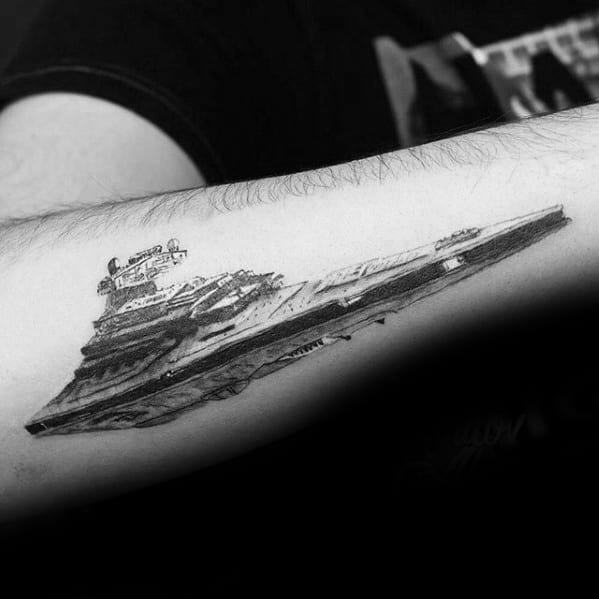 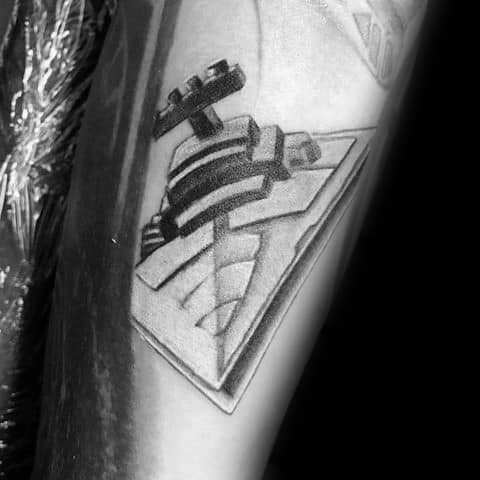 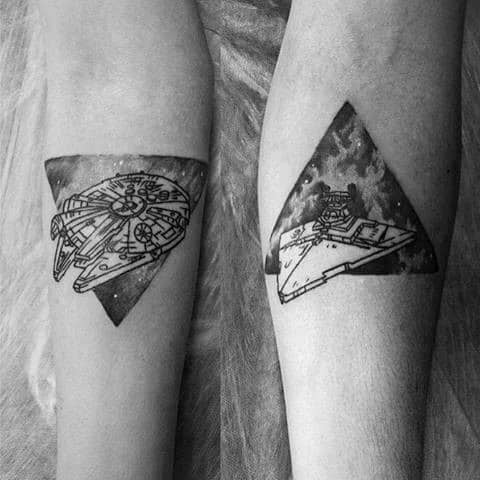 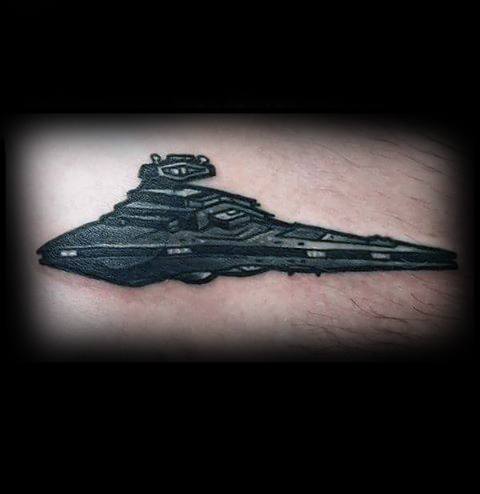 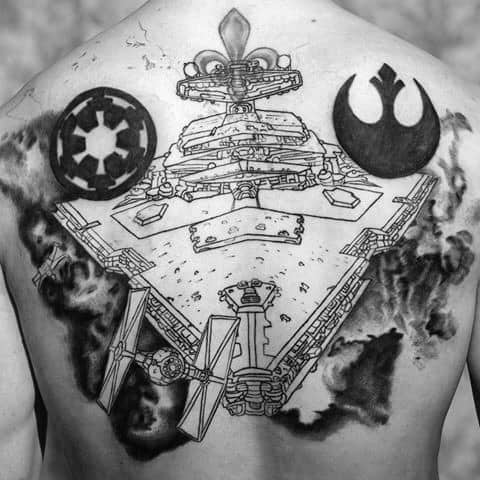 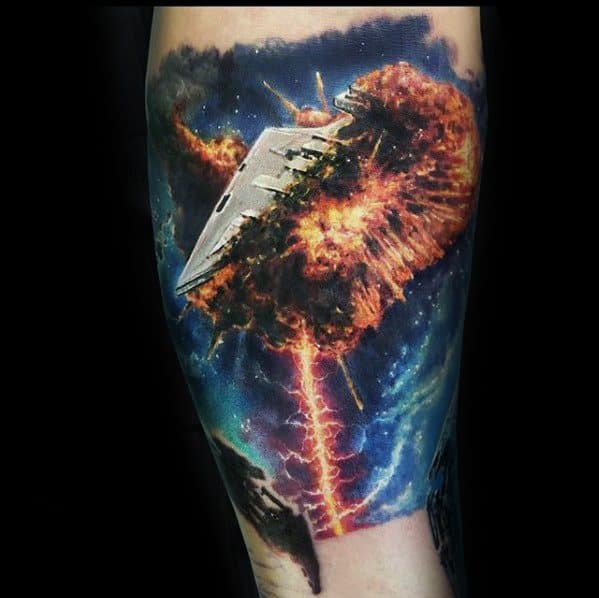 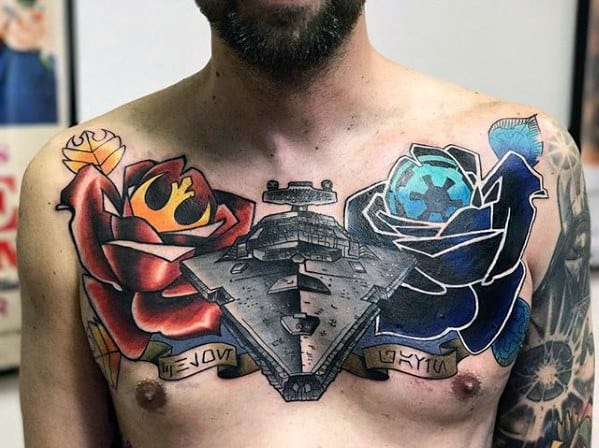 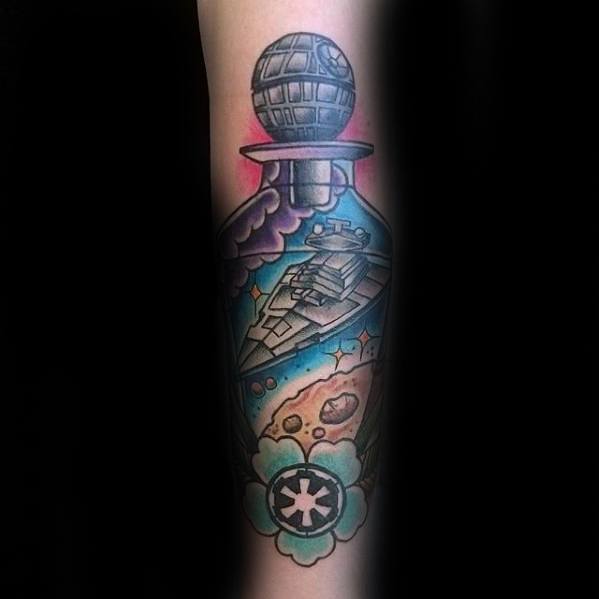 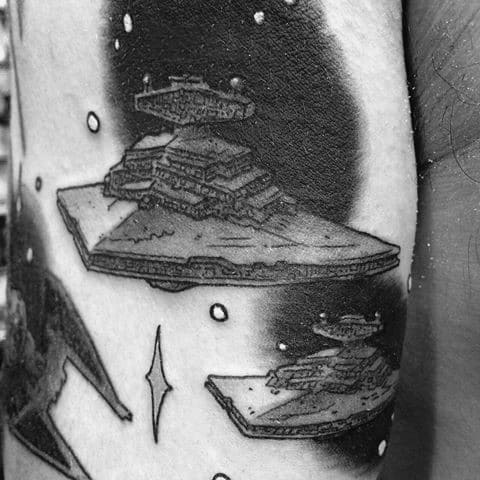 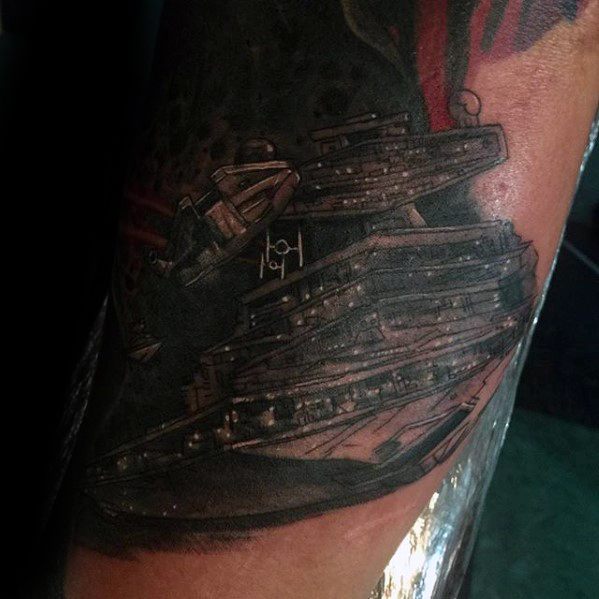 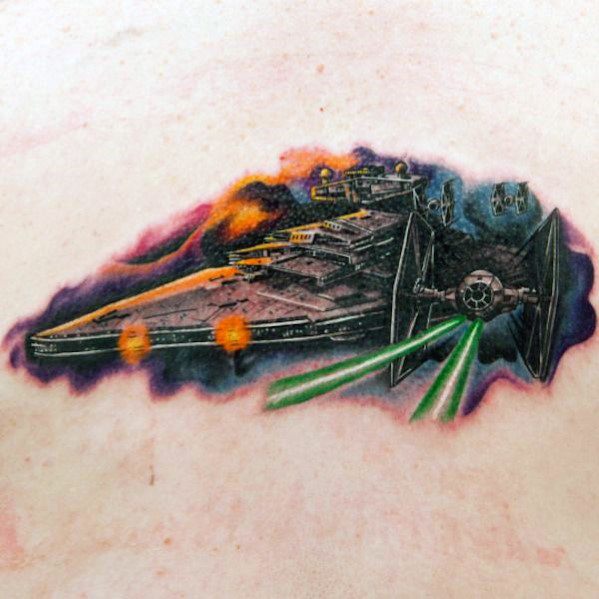