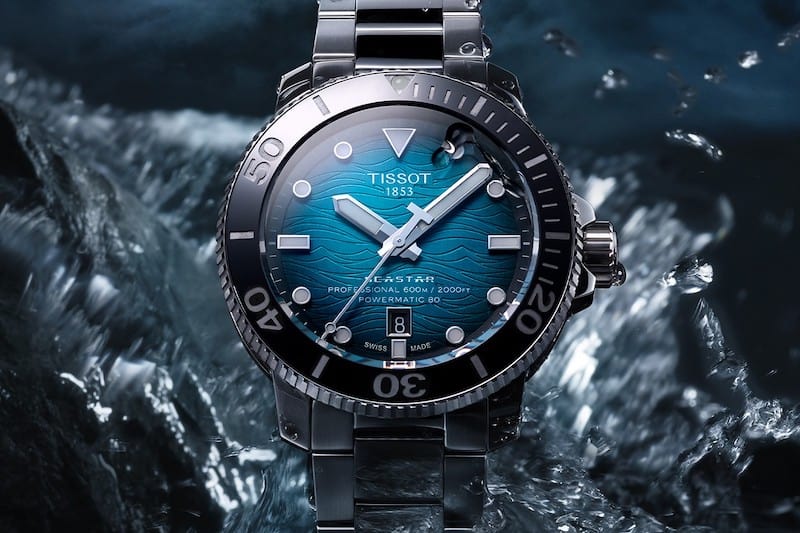 Tissot is at it again with the conceptual timepiece known as the Seastar 2000 Professional Powermatic 80, going twice as deep as the other models in the Seastar category.

One look at the dial sends images of the ocean’s depths to the forefront of the onlooker’s imagination. A glance at the wavy, azur face, and it’s clear why diving with this piece would feel supremely extravagant.

The design boasts useful features like a unidirectional steel bezel, a valve for helium release, and a black ceramic insert ring. It’s wrapped up nicely in a 46 mm (diameter) stainless steel case. Even better, it fits the bill for a dive, meeting the ISO 6425 standards.

What makes the watch tick is the 3Hz automatic Powermatic 80 movement, anti-magnetic Nivachron balance spring, and an 80-hour power reserve. This construction stems from Swatch’s involvement in the manufacturing.

Some consumers might balk at a watch that is suitable for 2000 foot dives. If they don’t dive, they wonder why they would need a watch that can withstand such depths, especially when it’s considered most swimming pools aren’t deeper than 12 feet.

That’s why people like the Seastar 2000 Professional by Tissot, though. Even if they’re not regularly participating in SCUBA excursions or exploring the seas on a submarine, the watch means they could, and they’d look smart doing it, too.

There’s also something to be said about the durability of a watch designed for divers. They’re tough, meant to withstand the elements. They’re not going to fall apart because they get soaked in an unexpected summer storm. 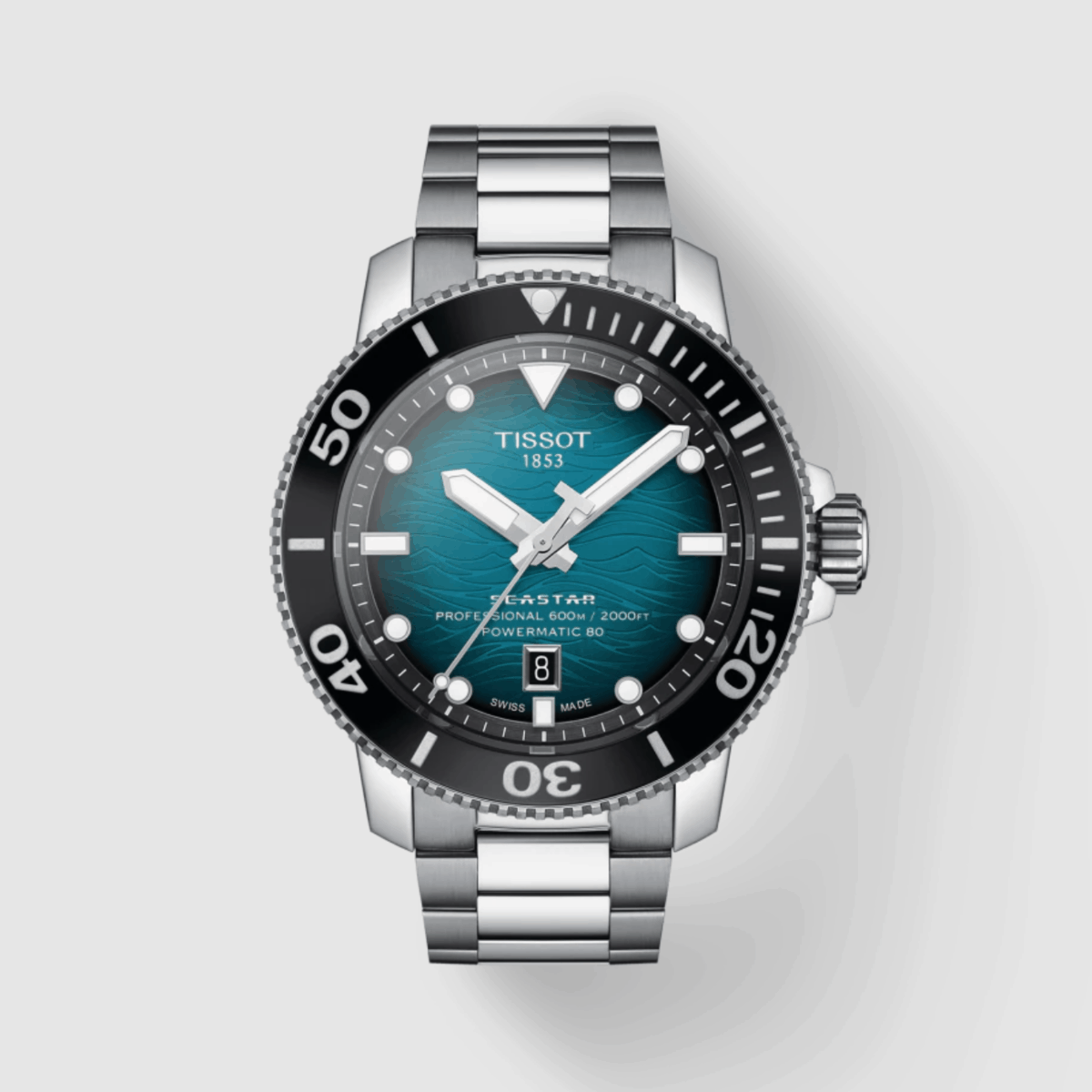 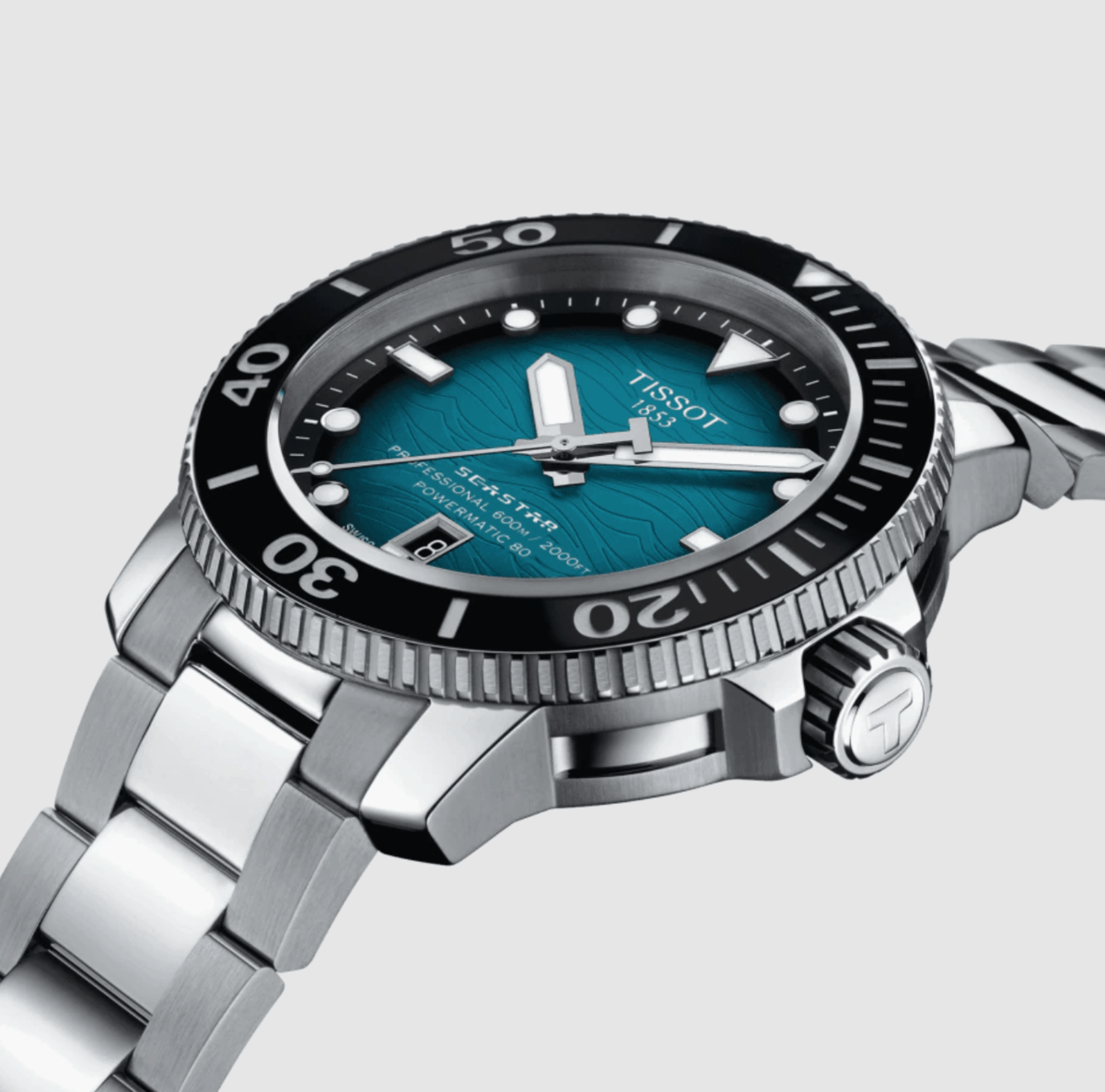 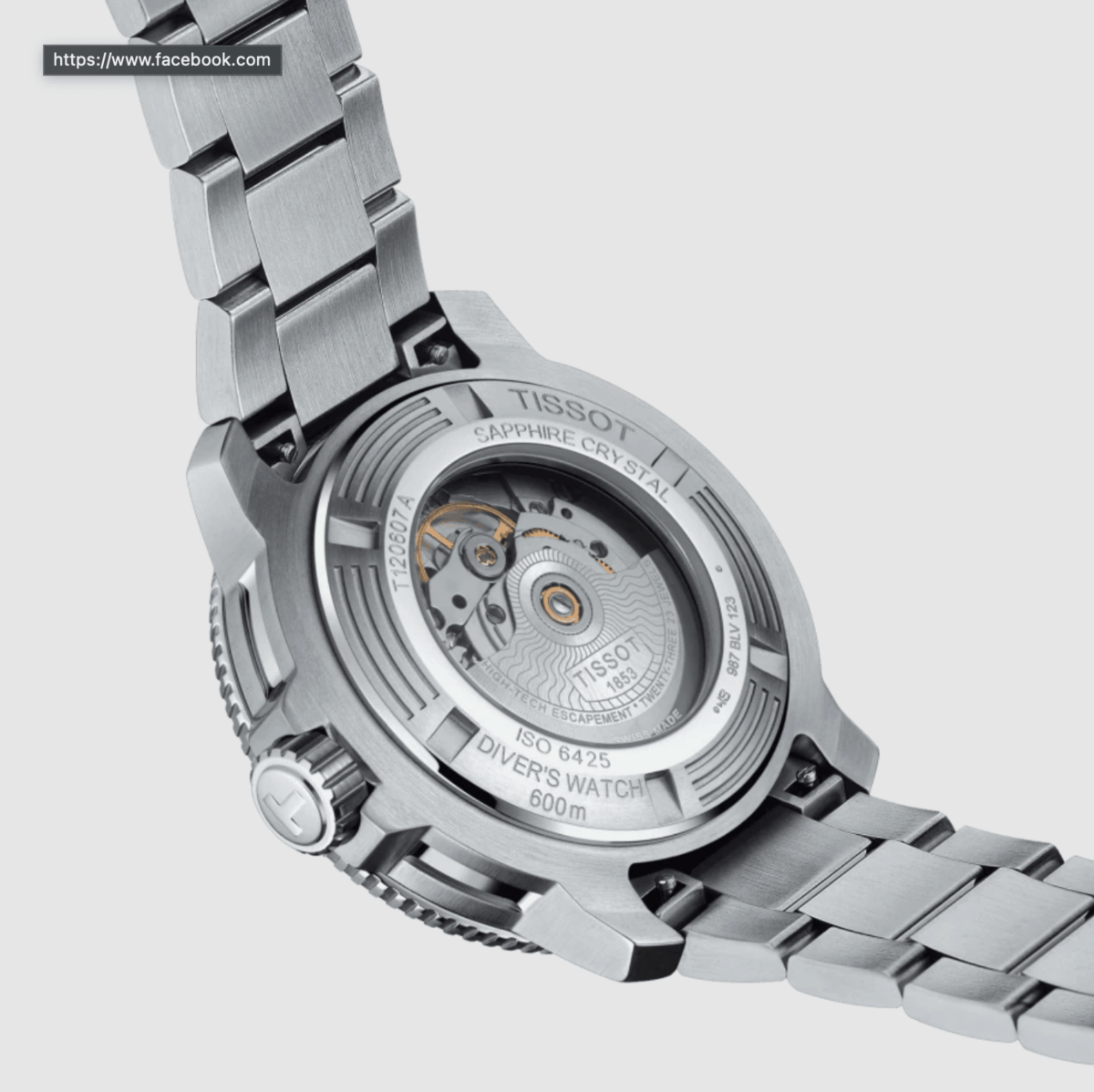 On the style side, the watch scores high marks for an easy-to-read dial that highlights minute markings and a date window. Teasers hint at two additional colors, an elegant black and subtle cobalt.

Tissot SA was founded in 1853 by Charles-Félicien Tissot and Charles-Émile Tissot (his son) in Switzerland. After generations of changes, the brand now belongs to Swatch as a subsidiary geared toward the “mid-range” market in over 160 countries.

Made famous by acting as the official timekeeper in cycling, fencing, basketball, and ice hockey events, Tissot has also done sponsorships for Formula One racing teams such as Renault and Sauber. On the big screen, Angelina Jolie has sported the name in at least two films.

The company slogan, “Innovators by Tradition” aptly fits the timepieces they produce, especially ones as fine as the Seastar 2000 Professional.

Sometimes Swiss-made watches labeled suitable for divers, pilots, and racecar drivers run into the tens of thousands (or hundreds of thousands) price range. Tissot’s Seastar 2000 Professional Powermatic 80, on the other hand, maintains a more accessible price point of $1,200 USD.