There are many different tribal fish renderings from which to draw tattoo inspiration, with koi being first on the list of popular choices. The Japanese word for “carp,” the koi fish has long been regarded as a symbol for overcoming adversity.

One story tells of koi fish climbing waterfalls in determination to reach the top, succeeding by sheer force of will.

The Chinese tell similar stories of koi fish swimming against the current of a mighty river to reach a dragon’s gate, whereupon they too will be transformed into mighty dragons themselves.

In Polynesian tribes the fish represents abundance and prosperity, as well as fertility and everlasting life. Certain parts of the fish are depicted in tattoo art to represent their symbolic meanings, such as shark teeth for protection against one’s enemies and the forces of nature.

The ancient Celts also revered the fish as a symbol of knowledge and intuition, representing the natural psychic ability we each possess to determine what lies ahead and within the hearts of others. Additionaly, you can consider Haida tribal styles, or go along the lines of something more classic like a simple prized swordfish.

In reality, many gentlemen choose a tribal fish tattoo to remind themselves of a difficult time or obstacle they triumphed over; a mark of personal victory and encouragement never to give up. For many the fish acts as a kind spirit guide or totem, a message that one’s higher intuition and inner strength is all that’s needed to persevere in life. 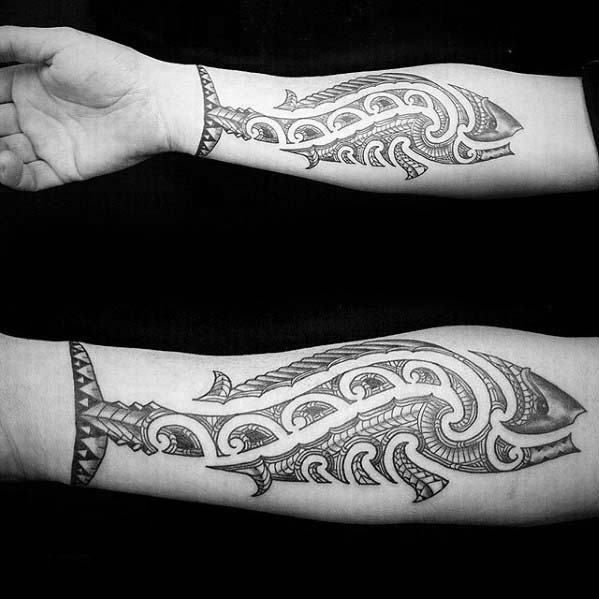 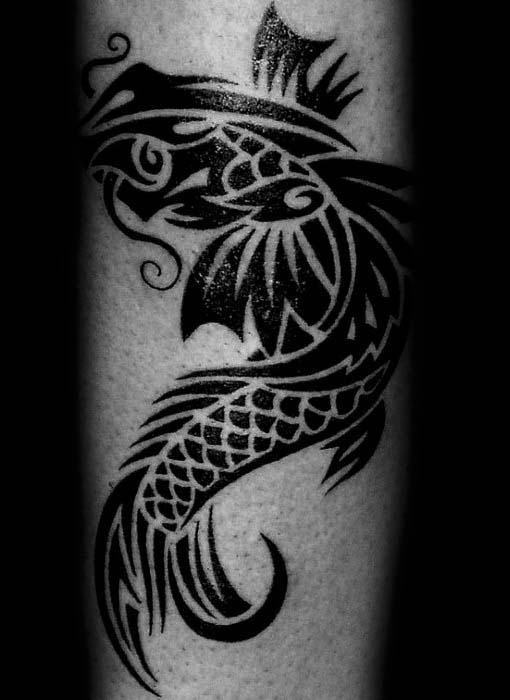 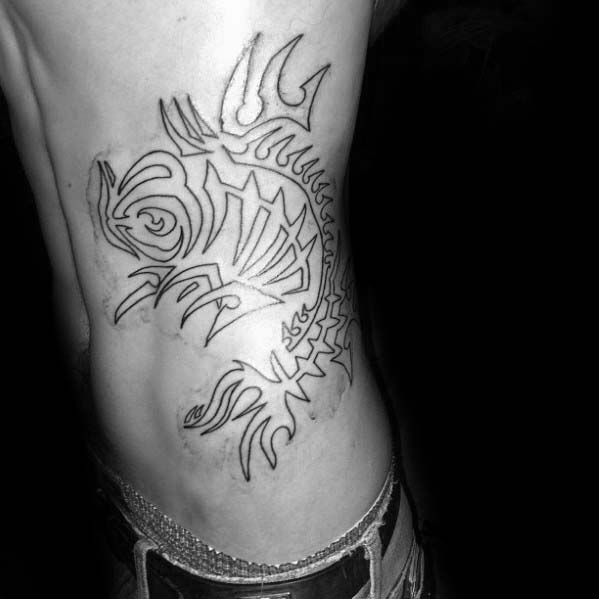 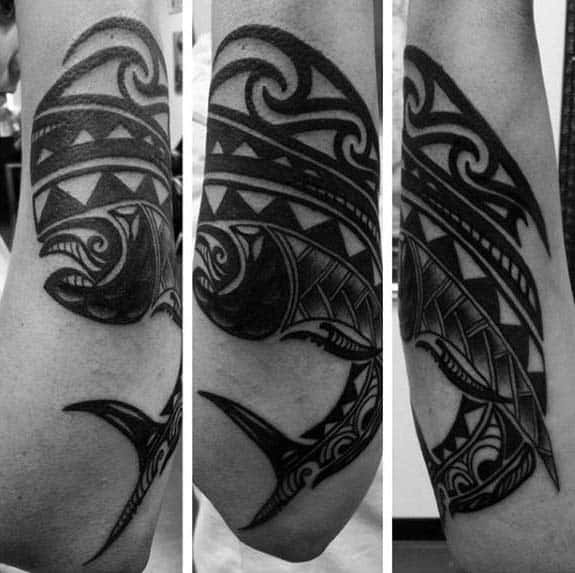 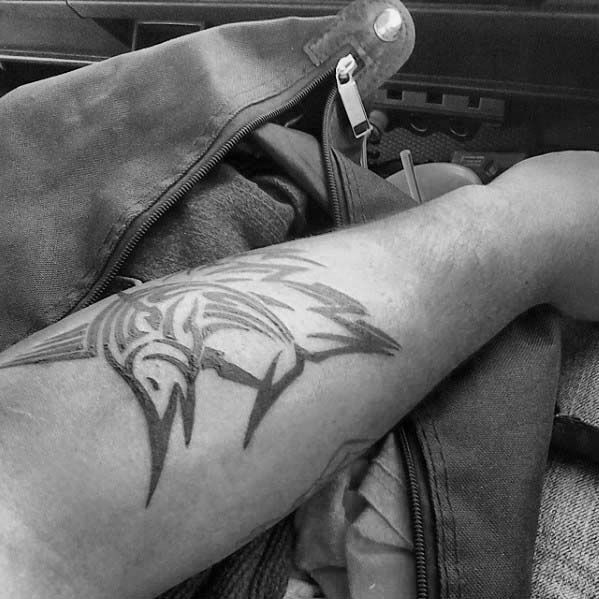 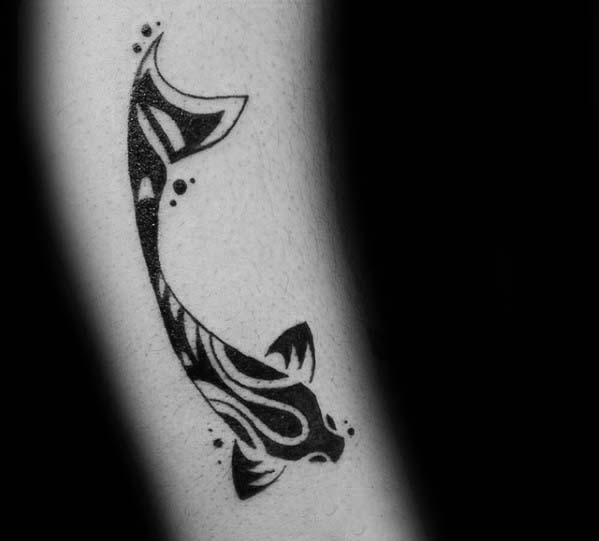 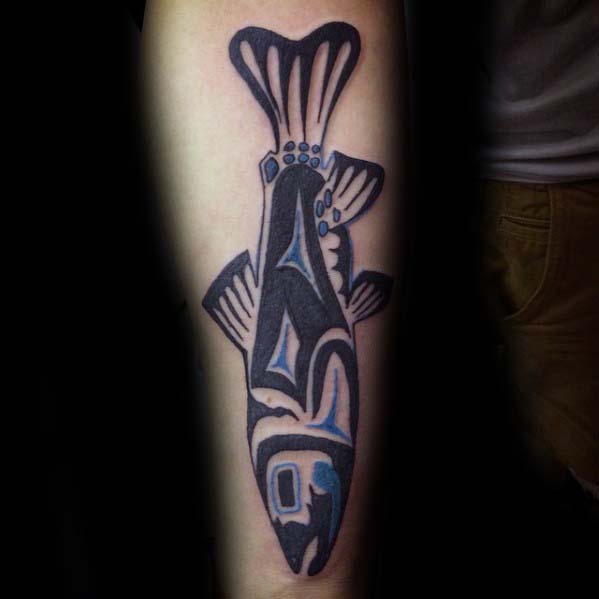 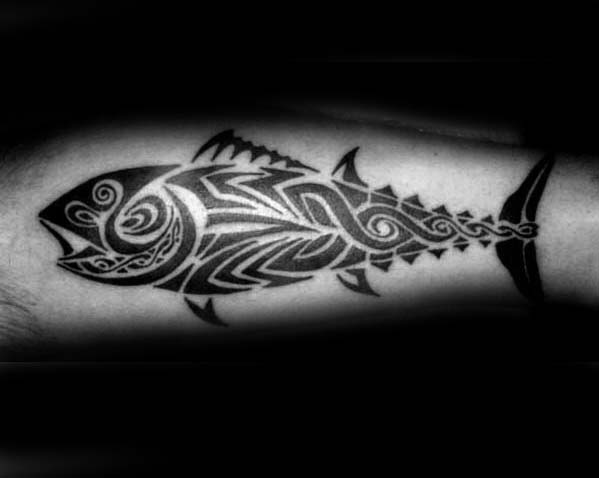 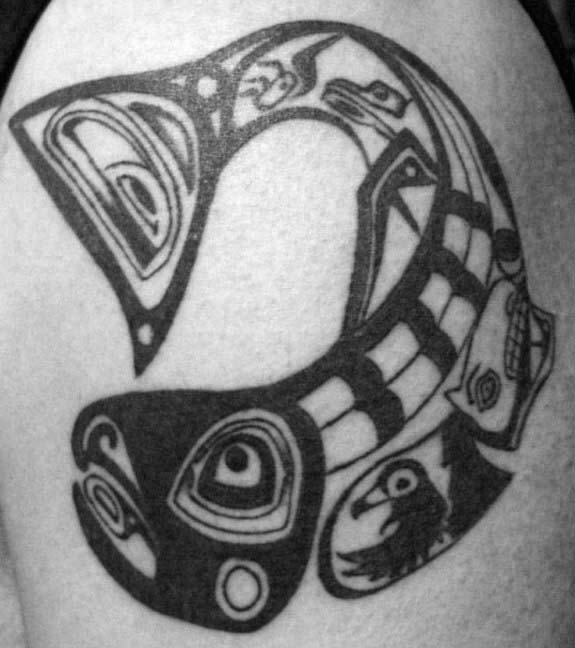 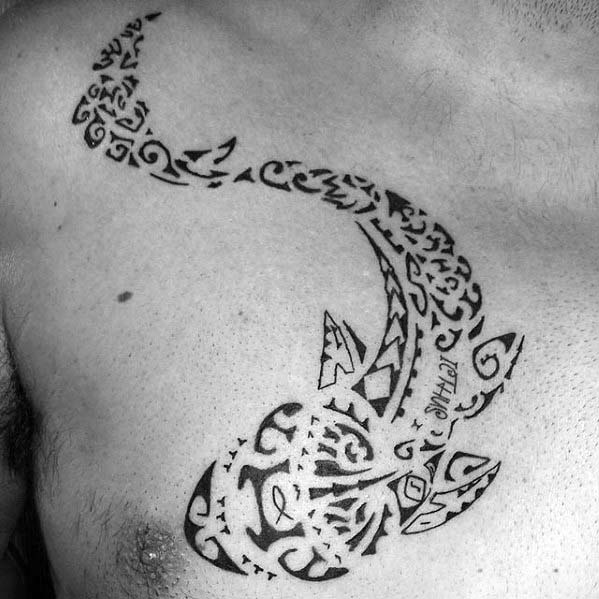 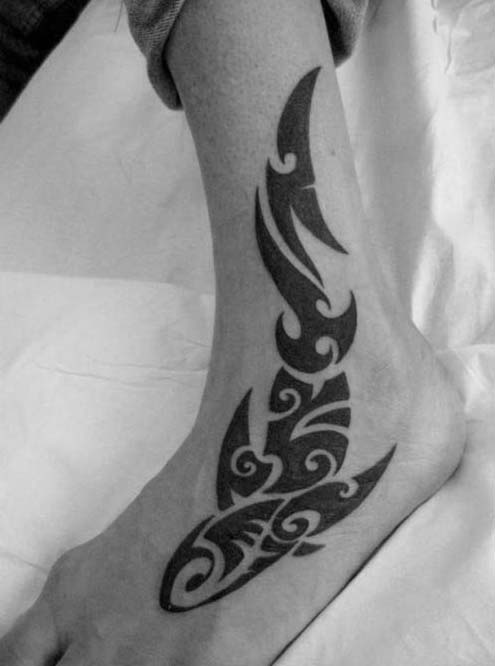 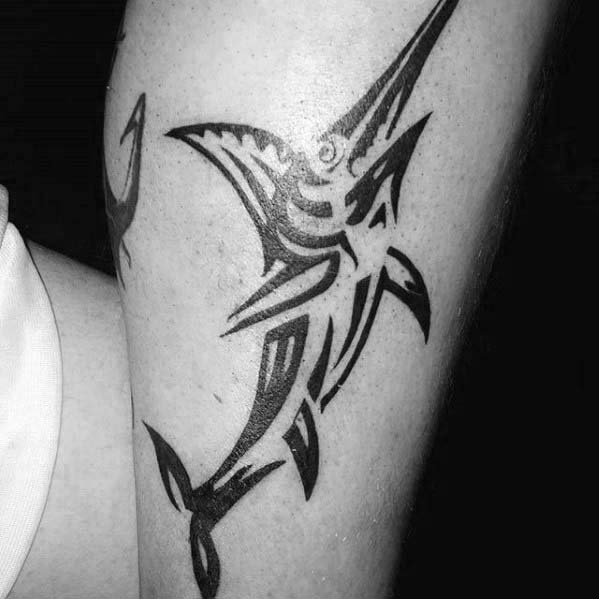 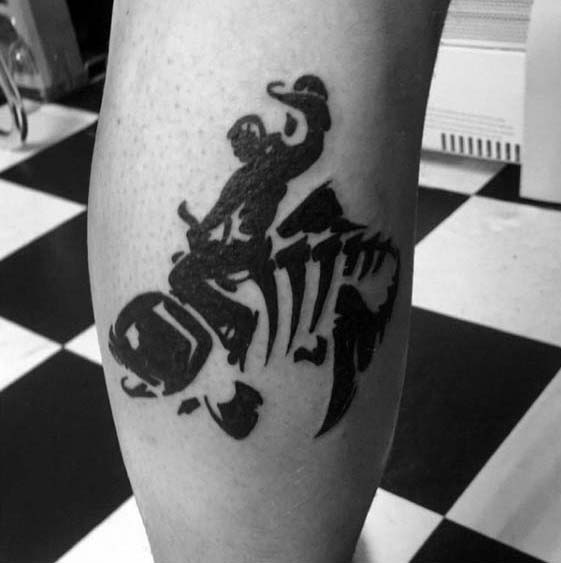 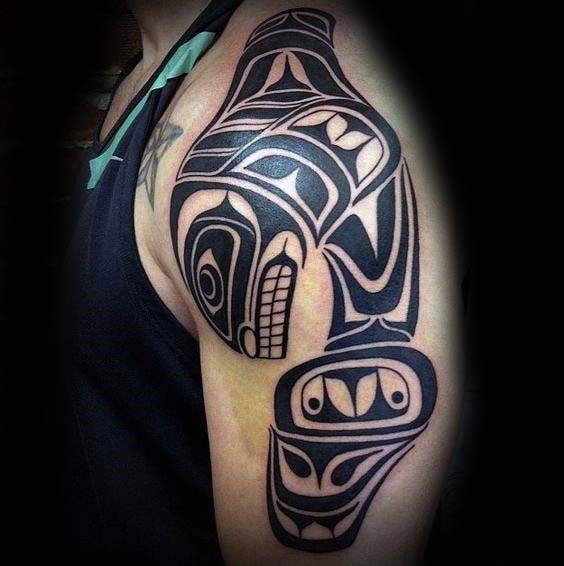 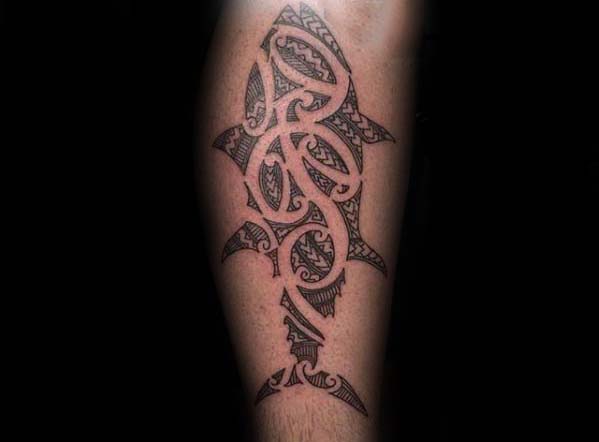 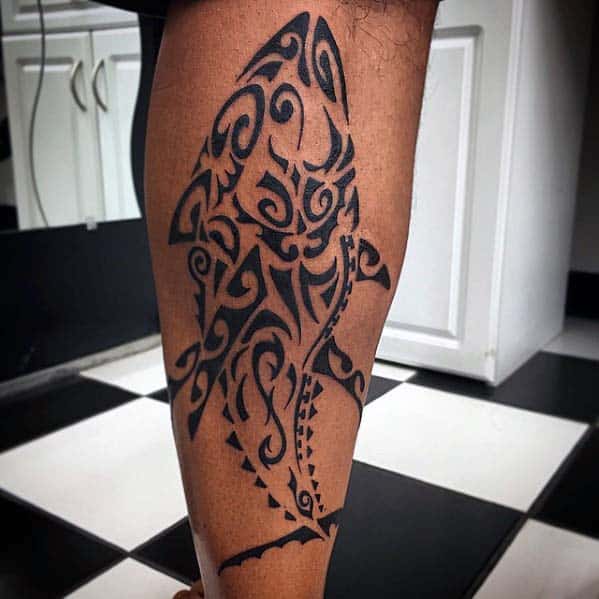 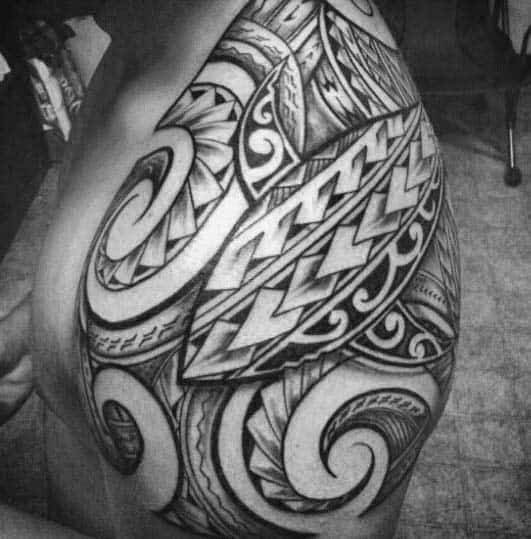 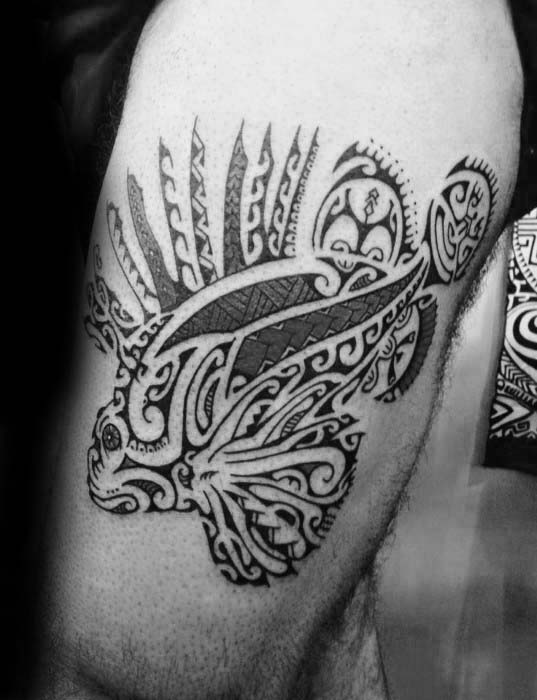 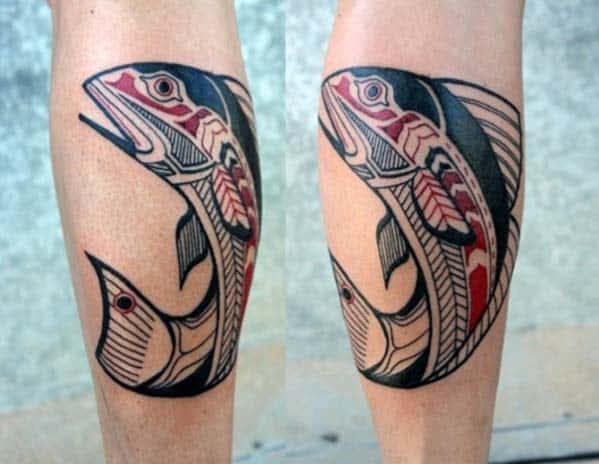 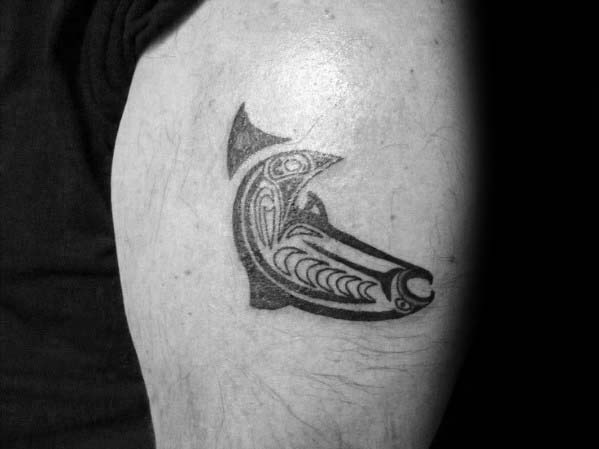 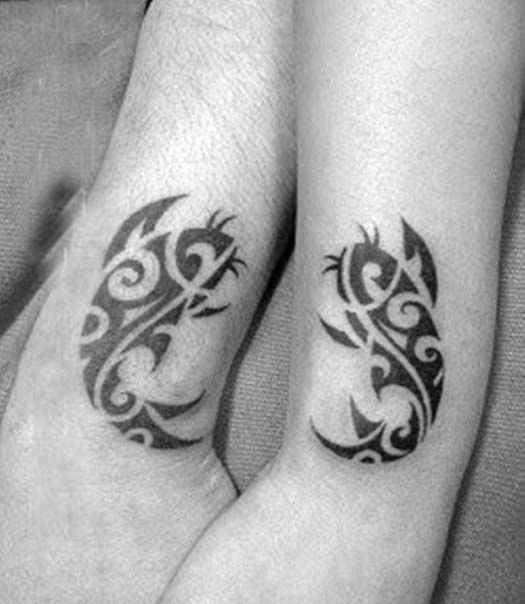 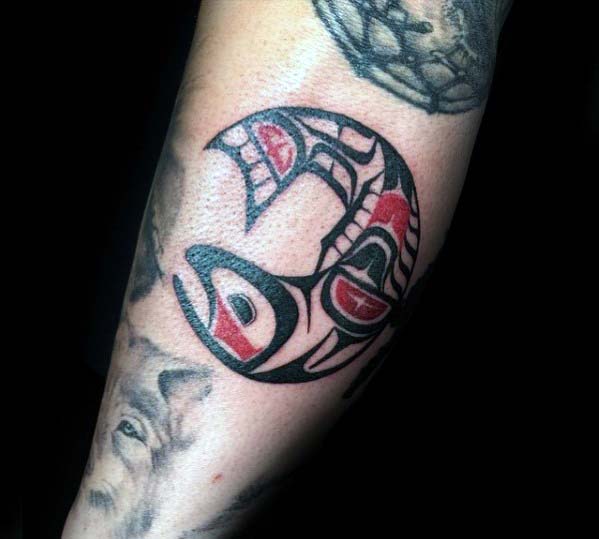 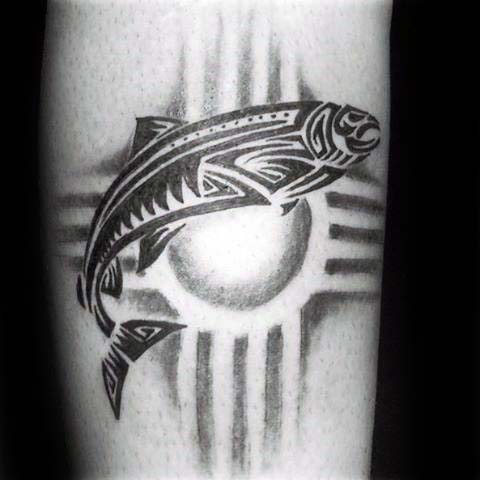 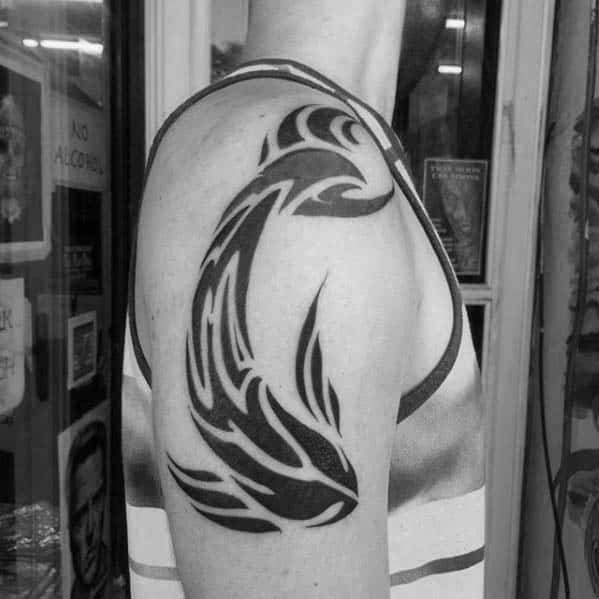 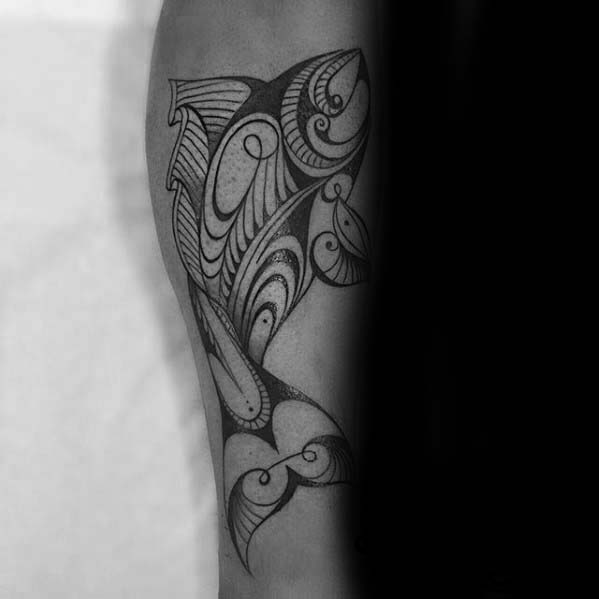 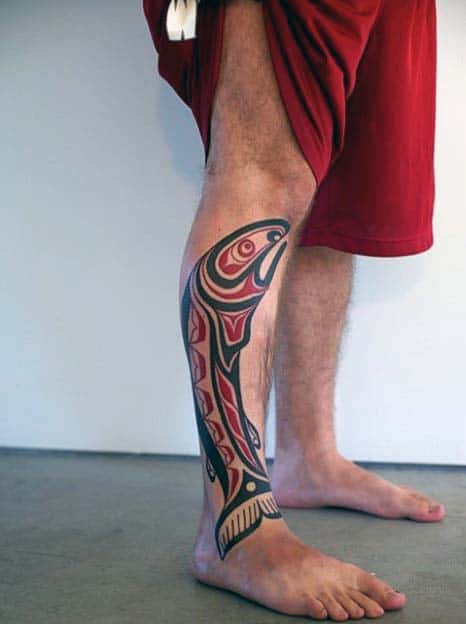 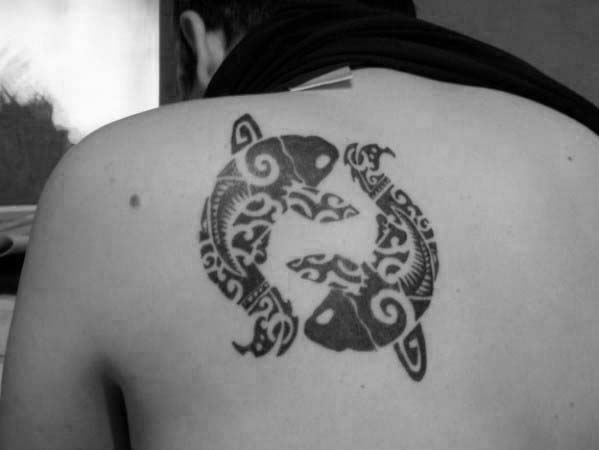 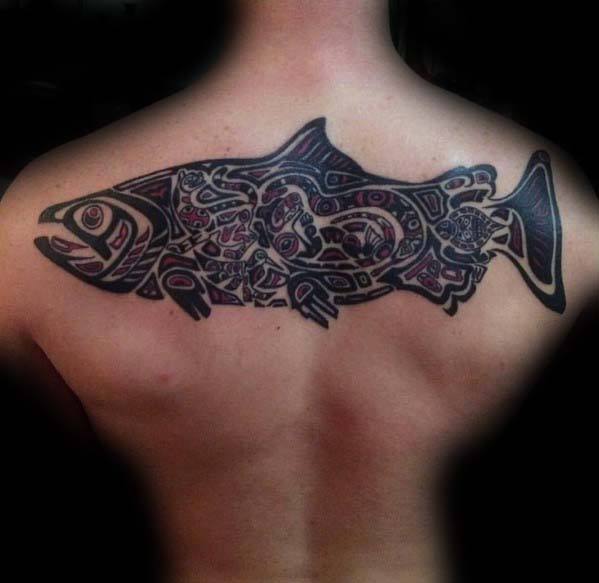