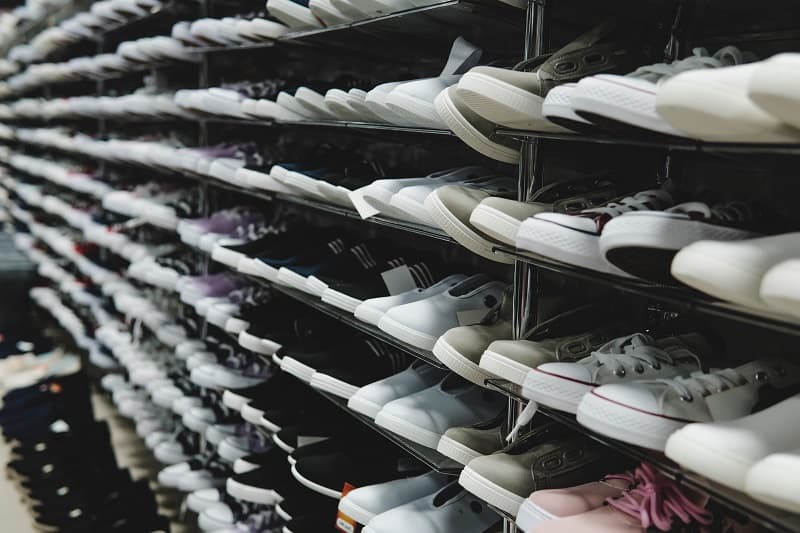 A powerful movement deserves a powerful brand to deliver a powerful message. Founded in 2016 by first-generation Americans Daniel Buezo and Weleh Dennis, Kids of Immigrants began with hand-painted apparel before transforming thrifted threads into a complete line-up of clothes.

Teaming up with Vans for their very first bit of footwear, KoI will spread their message with the help of a pair of ready-to-DIY monochromatic Lowland CC sneakers.

Launched via Foot Locker’s Greenhouse program on October 2, KoI joins an initiative that pairs big-time labels like Vans with young up and coming designers. Secretly housed outside the walls of Foot Locker, this new unit has been challenging the status quo of culture since its launch in September 2019. 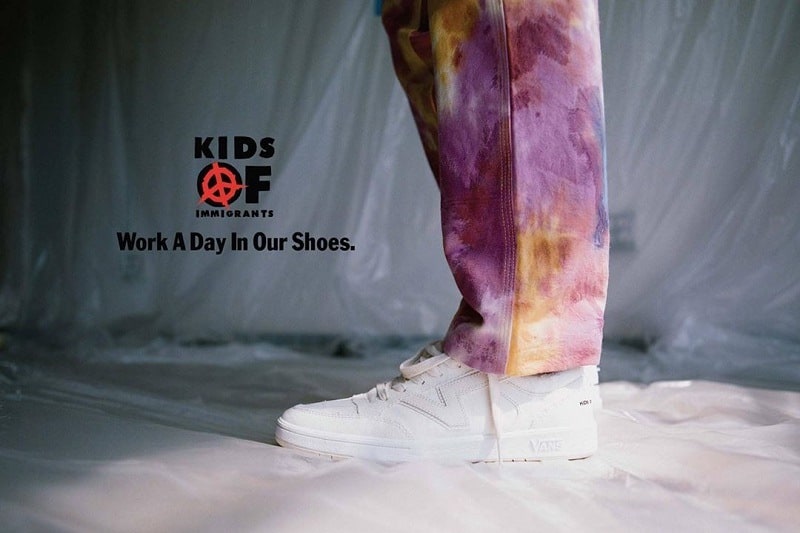 Coming a month after designer Anwar Carrots’ pair of Orange Crocs, this latest collaboration is sure to grab attention as have all their weekly drops.

Recognizing that “we are all cut from different fabrics but together make a whole,” KoI expands into footwear with the American skatewear manufacturer Vans. Going seriously “off the wall” with a series of shoes centered around the “Work A Day In Our Shoes” campaign, other than a bit of leather manipulation and some logos, it’s all white.

Employing a simple, industrial palette inspired by Buezo’s longtime construction worker father, the shoe stands as a canvas for customization. With leather hand-distressed by the KoI team, each pair comes complete with a paintbrush and sandpaper to fulfill its customizable selling point.

Discussing community empowerment and sticking to their guns with HYPEBEAST, KOI reveals they got Vans to donate USD$5,000 to A New Way of Life. A Los Angeles-based nonprofit organization that supports women after they’re released from prison. 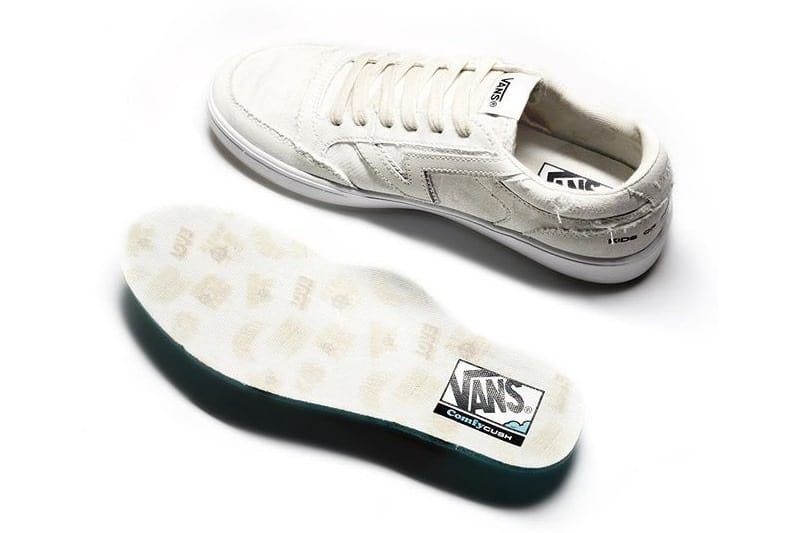 Describing the collaboration as their “biggest moment as a brand thus far,” Buezo said, “it’s only right for us to continue our tradition of including our community and deserving organizations in everything we do.”

“When we can impact people’s lives, show that we care and be a voice for the people who feel unheard, that really brings our brand full circle and provides the most meaningful moments for us.”

Learning so much during the collaborative process, Buezo said they “wanted a challenge” while they discussed choosing the Lowland CC. Acknowledging that while “all the other Vans classics are an easy play,” KOI thought to themselves, “this is the shoe nobody would think to pick.” 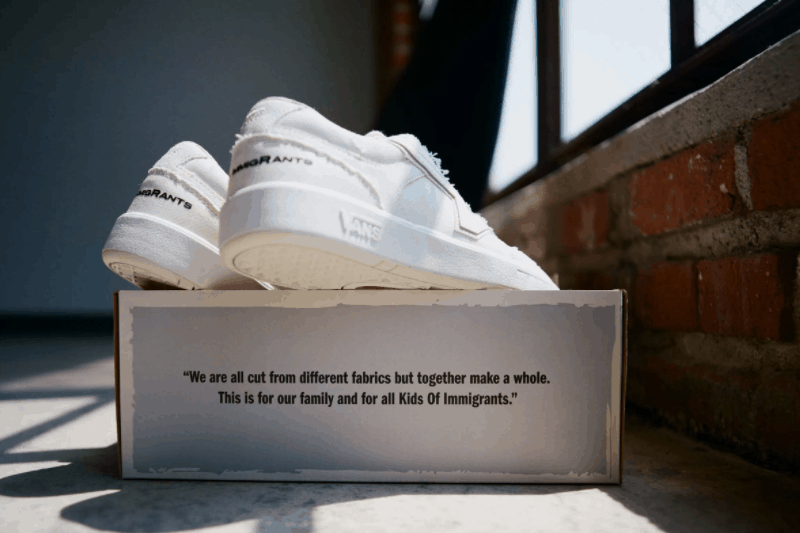 “It’s not a shoe either of us had ever worn before, but we’re like, “we want to own this sh*t, we want to love it, and our community is gonna come along with it.”

Coming from both sides of the country, Dennis was more familiar than Brooklyn born Buezo with Vans, having grown up in Northern California. Revealing that he worked for Vans at the Santa Rosa Mall, he said, “going from selling Vans at a retail store to collaborating with the brand is wild.” Especially since they managed to get

Ensuring that the “blank canvas” idea remained “cohesive” throughout the project, Dennis explained that design means: showing your perspective through a specific medium.

“That’s why we left the shoes blank, so the wearer can tell their story and play a part. You might feel like your design is personal, but we’re all humans at the end of the day, so your most personal troubles or stories are probably the best way for people to connect with you.”

Find out more on kidsofimmigrants.us