Victorinox Swiss army knives, virtually everyone has heard of them. The moment you hold one in your hands for the first time, you will never want to let go of it.

Conceived more than a century ago for soldiers, the story of the Swiss army knife and Victorniox traces back to 1884.

There you will find Karl Elsener opening a small cutlery workshop in Ibach-Schwyz, Switzerland, with a river nearby for powering his polishing and grinding machines.

By 1891 the first big order would arrive with the Swiss Army requesting a knife for every solider. At the time, knives were significantly heavy and bulky, which lead the founder into producing a lighter, more elegant knife. He called it the Swiss Officer’s and Sports Knife.

For awhile, pocket knives featured 4 functions with the limitation of only being about to spring out on a single side. On June 12 1987 a patented had been filed and a breakthrough had occurred thanks to the introduction of 2 little springs.

The two springs made for a more compact and more functional tool which increased the tool count from 4 to 6. These two pieces while appearing minor at first glance, are what all Victorinox knives depend on today. The rest is history. 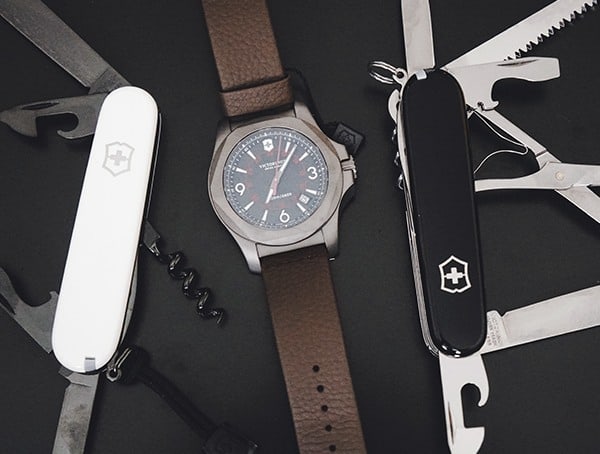 Today, “Victorinox” which comes from the founder’s mother’s name of Victoria and INOX, which is the term for Stainless Steel (inoxydable), produces some 120,000 knives per day, or 25 million per year. Each is loving assembled by hand and offers a little bit of Switzerland to take with you forever.

Over the years, Victorinox hasn’t stopped innovating. While they may have numerous new products out today ranging from clothing, perfume, watches and beyond, you may be surprised to know of their rather interesting prototypes.

These include everything from Swiss army knives with mother of pearl handles, gold handles with over 800 diamonds, and a 200-function pocket knife that wouldn’t even latch onto a belt given its incredibly massive size.

Of course, things like built-in flashlights which consisted of 10% knife and 90% torch have been introduced, alongside things like a built-in ruler which was too small to read, a grooming comb, onion and olive fork, and even a potato peeler.

While not all tools are successful, it’s the constant drive to push the boundaries of perfection that has led Victorinox to create some of the world’s finest and best products for the past 130 years and counting. 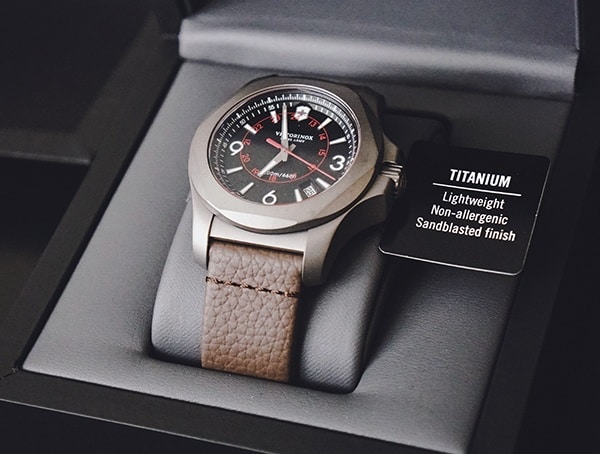 A well-refined and luxury look with the durability of a purpose built military watch make the INOX a true pleasure to own. With 130 extreme endurance homologation tests, if there’s one thing you can be certain of, it’s that this Swiss watch will never stop ticking. Go ahead, split wood with it, take it on a lifetime of adventure and plan to pass it on to the next generation.

A lightweight titanium case offers a smooth, matte-look that’s suitable for both outdoor activities and business casual attire. Leather acquired from the same kind as used in firefighting boots offers an extremely secure, yet supple and soft comfort for wrist. An analog quartz movement, retro overlaid military time numerals, triple-coated anti-reflective sapphire crystal, and a 200 M/660 FT water resistance all can be found in the Victorinox INOX. 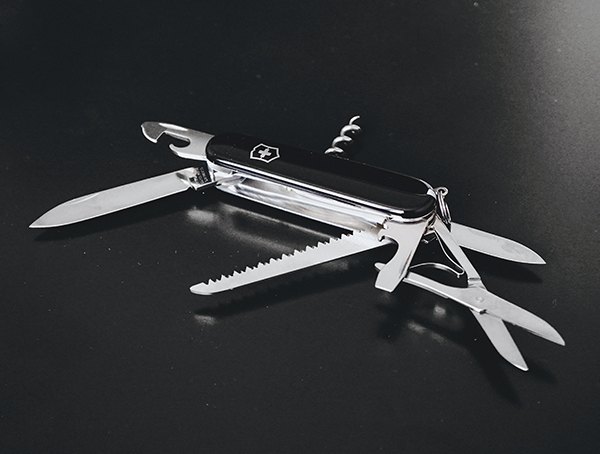 For the ultimate medium sized Swiss army knife, the Victorinox Huntsman is hard to beat. While still compact enough for daily carry use, it features 15 functions ranging from your traditional bottle opener to an aggressively sharp saw blade. Regardless of what you throw at it, the Huntsman can certainly handle it. Strip wires, slice and dice food, clip away loose clothing threads, pull hot pots, screw in and screw out, scrape, pry, and beyond. For hunting to camping, if there’s one Swiss army knife you want in your pack while spending time outdoors, this is it. 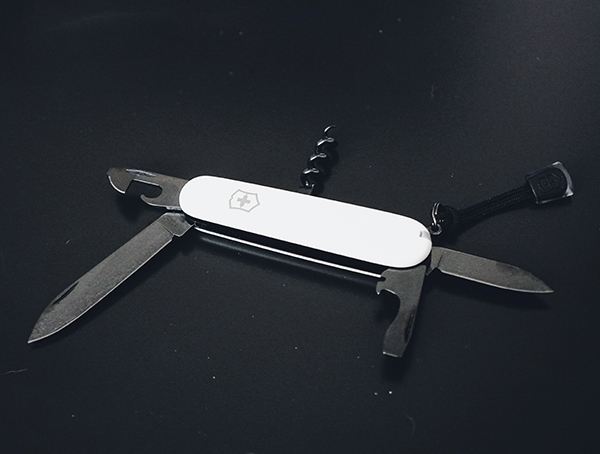 How do you up the cool factor on a classic? With the monochrome Victorinox Spartan PS of course. With a contrasting white cover and black tools finished through a process known as Polispectral, it’s hard to not be drawn in to it’s handsomely stylish good looks. Each tool features a mirror-smooth surface finish that varies in appearance depending on how the light hits it. One moment you see anthracite, the next an alluring deep, dark grey. With about half the thickness of the Huntman, while still retaining an impressive 13 tools in total, the Spartan PS makes for what I consider the perfect everyday carry Swiss Army knife. 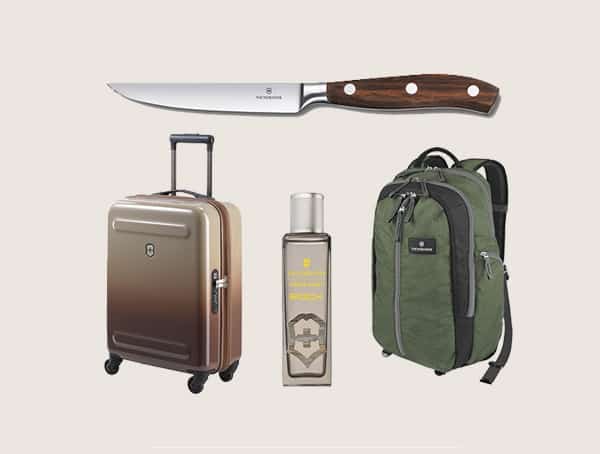 Did you know that Victorinox offers more than just their iconic Swiss army knives? With a reputation for making some of the finest and world’s best tools for over 130 years, you may be surprised to see their craftsmanship being introduced into additional goods. From culinary tools to travel luggage, watches, fragrance and beyond, the same quality and fine attention to detail found in their Swiss army knives comes standard in all of their other products.

Interesting enough, it’s been said that after 9/11 Victorinox sales for Swiss army knives fell by more than 30%. It makes sense when you consider the fact that airports could no longer sell them and many small bladed tools were being confiscated. Of course, that hasn’t stopped Victorinox from expanding nor innovating, and it’s strikingly evident in their new line of remarkably well-crafted goods.

If you like craftsmanship in a world where only a little can be found left, then do yourself a favor and check our Victorinox. Over 130 years and they haven’t budged once inch on their commitment to durability, and the testament to that statement can be found the moment you hold a Swiss Army knife, watch, or any other product of theirs in your own hands.

Regardless if your interested in my personal favorites like the INOX, Huntsman, Spartan PS, or perhaps something different like their luggage or culinary tools, I’m certain you’ll be as pleased with owning their goods as I am for many years to come.

CHECK THEM OUT HERE
Be A Gentleman
Share This Now