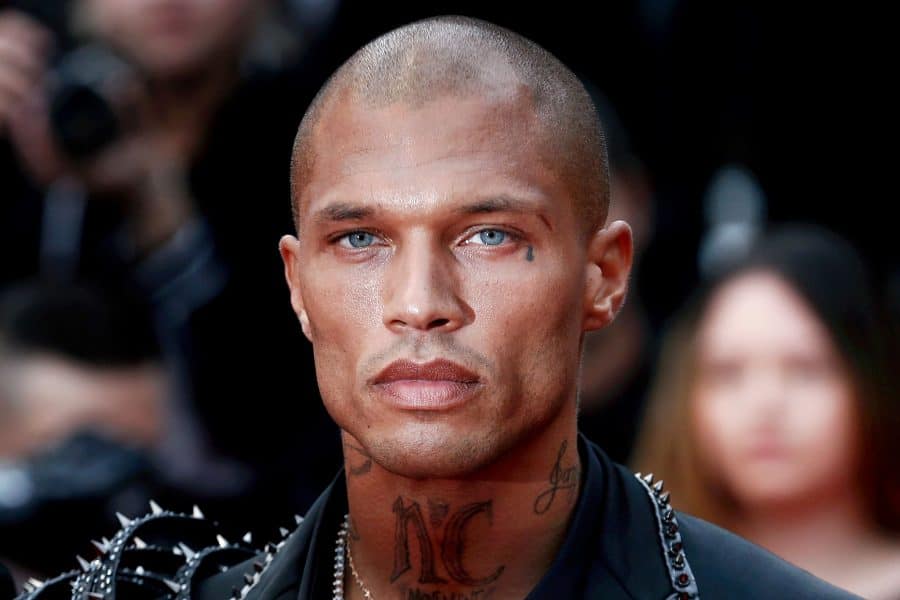 Thanks to television and movies, many people have become fascinated with prison culture and the different rituals and practices that take place behind bars.

Perhaps this intrigue comes from people’s desire to experience danger vicariously while remaining in the safety of their homes, sitting on the couch and contemplating the different realities of people’s existence.

The following article examines some of the myths and truths behind this prison ink. 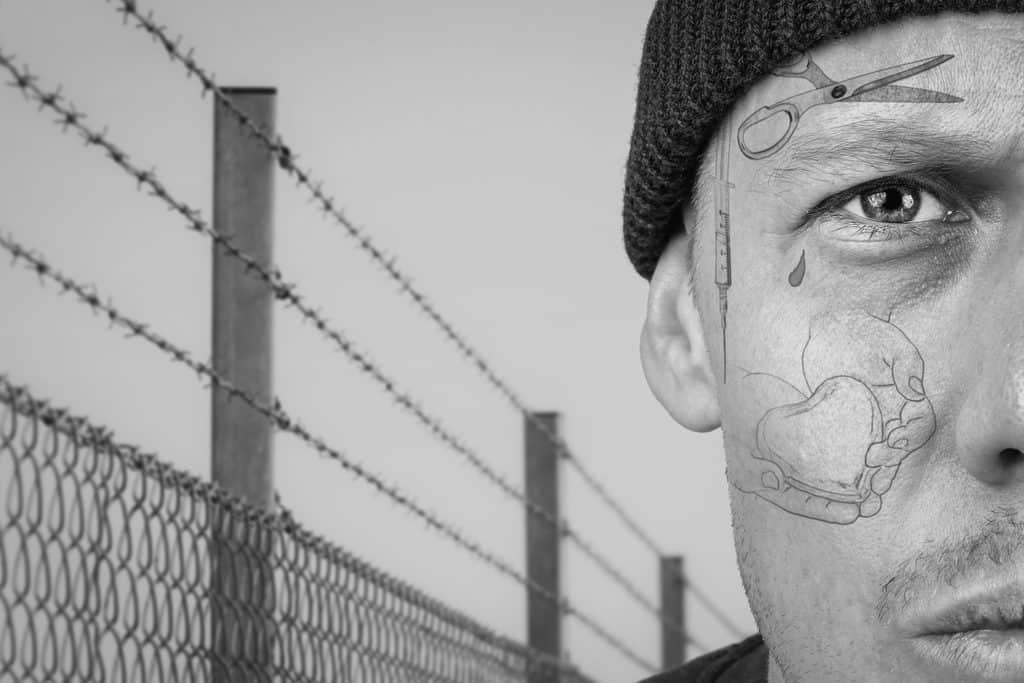 Of all the different stereotypes and made-for-TV interpretations of life behind bars, one of the most pervasive and dramatized elements is the teardrop tattoo.

Despite the prevalence of this trope in television shows and action movies that fictionalize prison life and capture the attention of the masses, this interesting design has its roots planted firmly in reality.

Before the days of Justin Beiber and Post Malone sporting face tattoos, ink was associated with the fringes of society—most notably criminals—and like many things, special significance was given to these permanent markings.

Within the subculture of prison, tattoos have specific meanings with many designs requiring a person to earn their ink by completing different acts or crimes. By far the most recognized of these prison tattoos is the teardrop.

In the outside world the meaning behind tattoos can be as varied and eccentric as the person sporting the ink. Behind bars the significance of tattoos is much more clearly defined. However, this is not to say that these rules are set in stone, they are useful in gaining a more thorough understanding of what these designs mean. 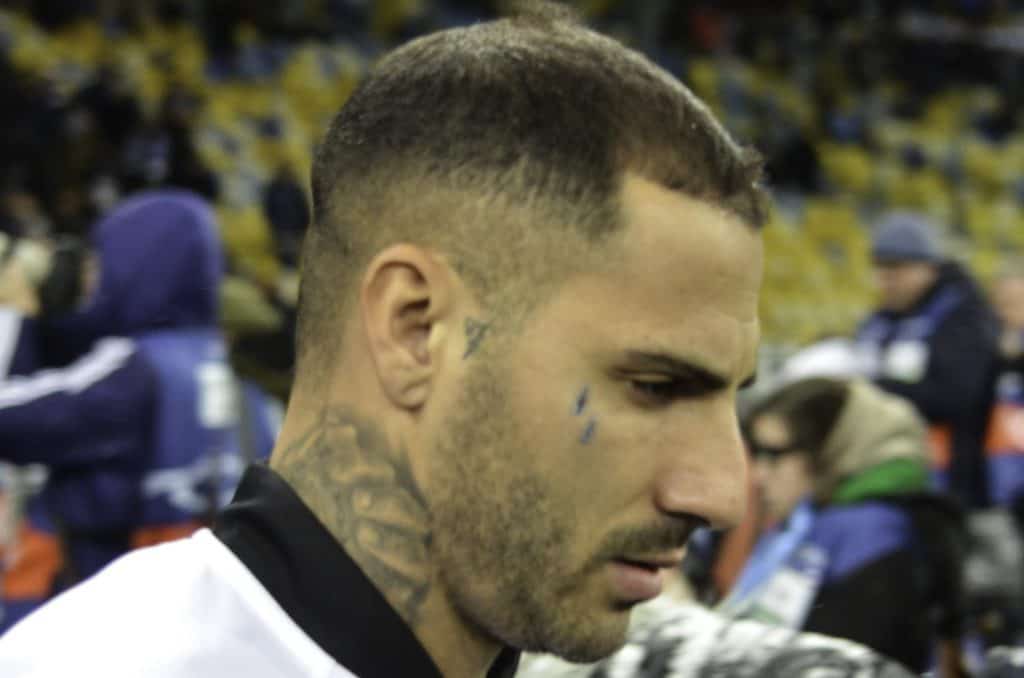 Which Side of the Face is Important

In many United States prisons it is understood that the side of the face a teardrop is inked on further defines what the piece means. A teardrop on the left side of the face means that an inmate has killed someone. Many argue that there is a one to one ratio for teardrops and murders, although this may not necessarily always be the case.

Teardrops on the right side of the face are more often associated with a dead family member or friend. It is worth understanding that these are not hard and fast rules, and that making specific assumptions about someone’s past based on their ink is not a very good idea, especially in prison.

Another element of a teardrop that is said to inform the meaning behind the tattoos is whether the design is filled in with solid ink or is simply an outline. Again, these interpretations can vary from region to region and facility to facility. Many people claim that an outline represents an attempted murder, while a solid shape means the act was carried out to completion. 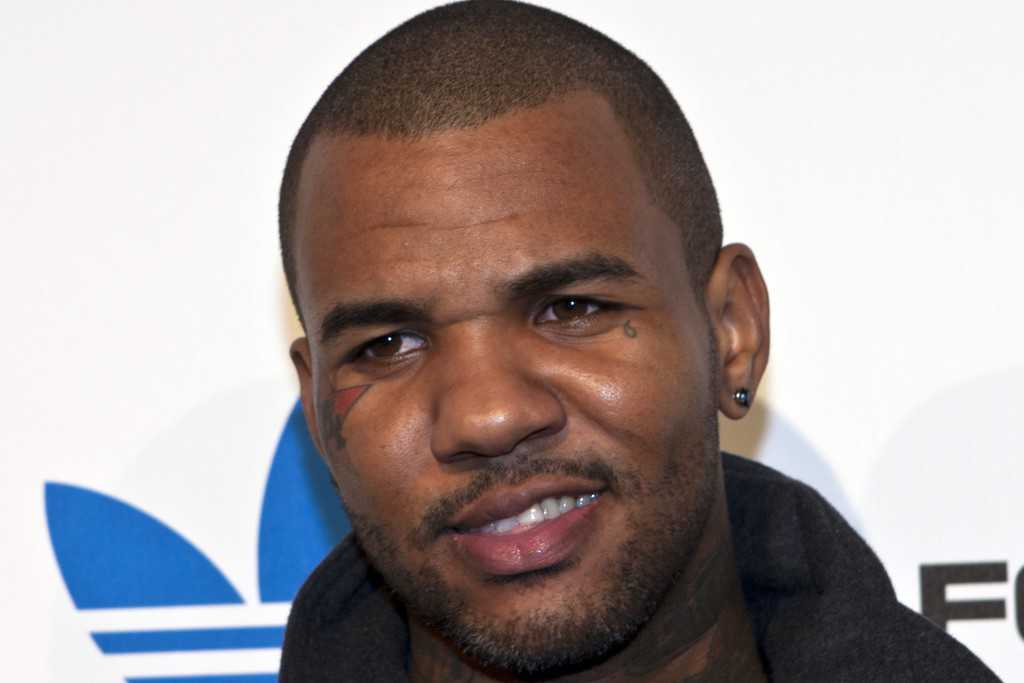 Where Did Teardrop Tattoos Originate?

The true origin of this ubiquitous prison tattoo is lost to history, although there are references dating back in the US at least forty years. While there is little doubt that the practice has roots going back much further, the teardrop was first brought to the mainstream’s attention in an article published in the New Yorker in the 1970’s detailing the experience of a Mexican gang member who served time in the United States corrections system. 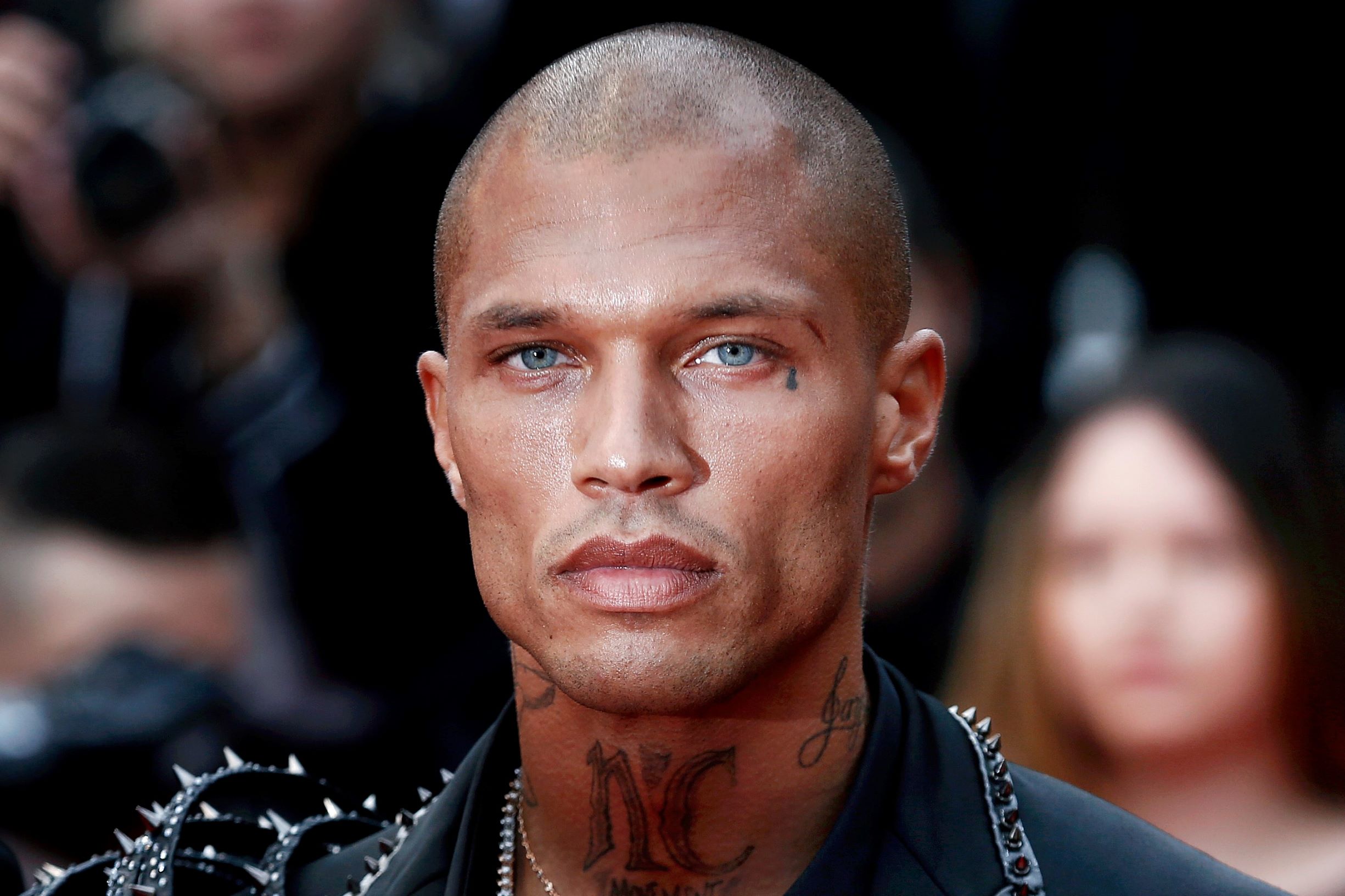 The Tattoo Process in Prison

In the United States Penal System tattoos are illegal, and all materials and supplies associated with the process are considered contraband that can earn a prisoner further disciplinary action. Because of the inherently limited nature of life behind bars, and the added pressure created by the illicit nature of the process, prisoners often resort to some…creative methods to ink each other while locked up.

The first step in the process is creating the ink that will be used to produce the designs. As there is no access to legitimate tattoo ink in prison, any number of different approaches can be used create pigments, from melted Styrofoam and plastic, to burnt ash mixed with shampoo or soap. 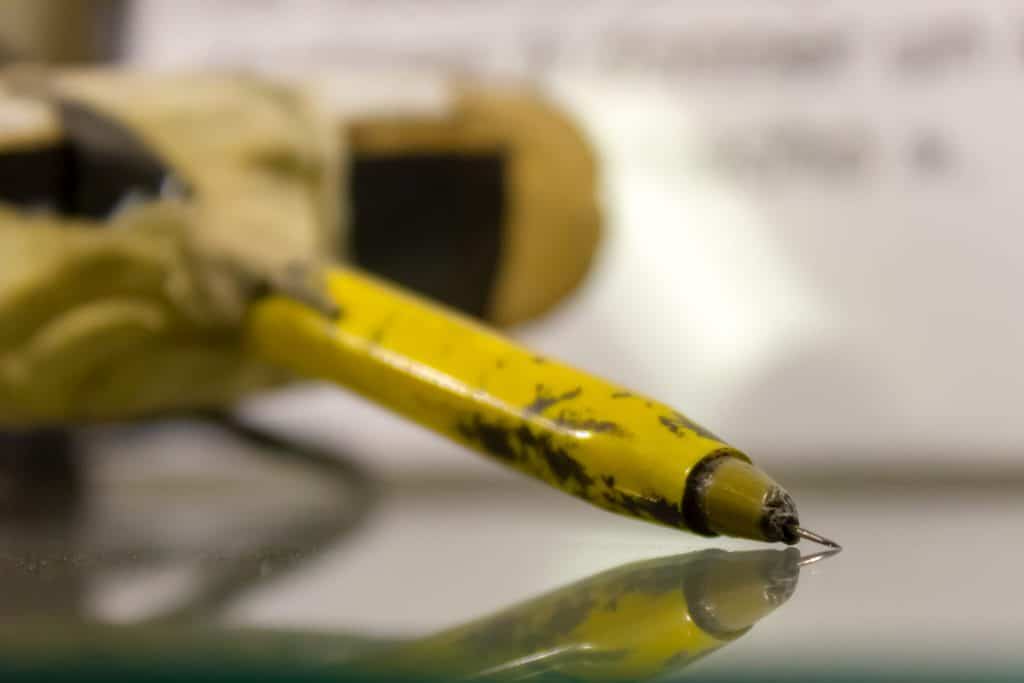 The next step is to create a way to apply the ink. The simplest of methods uses a sharpened implement—often a paper clip or safety pin—to puncture the skin and then rub the ink into the wound in the classic stick and poke process. While this is the easiest way to get a tattoo, the ingenuity of prison tattoo artists is a thing to behold.

Prisoners can produce surprisingly innovative tattoo machines from radio transistors, scavenged magnets, and repurposed mechanical pencils. Sharpened guitar strings make for some of the most popular tattoo needles for their length and flexibility. The variety and complexity of machines that guards have confiscated are a testament to the determination of artists to practice their trade, even when locked up.

Given their improvised nature and the notoriously poor hygiene in American prisons the risks of blood borne pathogens and infection are extremely high in these clandestine tattoos.

As we have seen, in the world of cold steel bars and prison lockdown, tattoos have a much deeper significance that serves a purpose, notably to identify a person’s past criminal history and current gang affiliations. There are a variety of common designs in the world of American prisons and here a few more typical pieces. 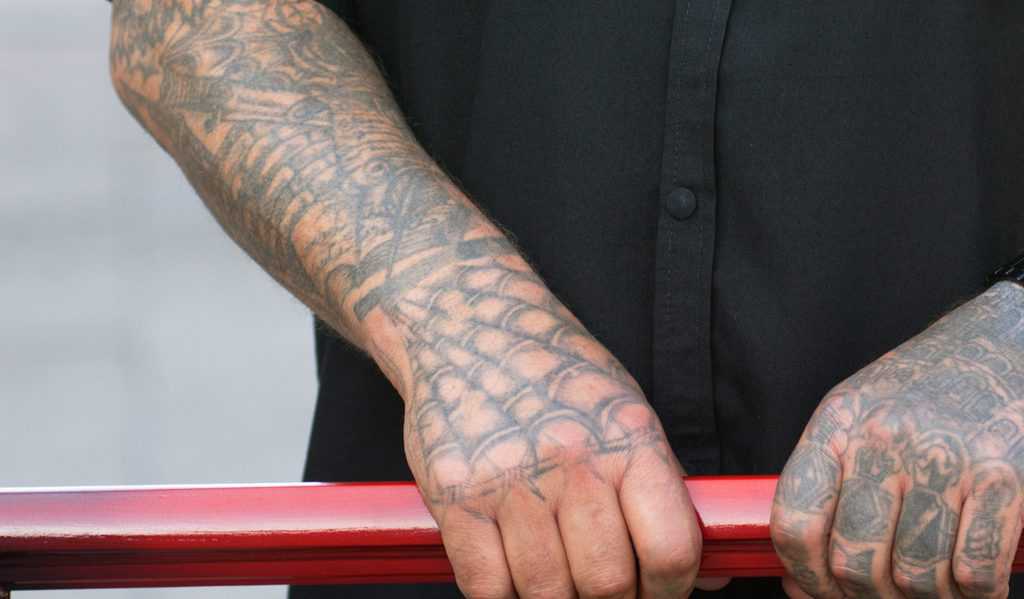 Besides the teardrop, perhaps the most instantly recognizable prison tattoo is the increasingly popular spider web design. While this design has made a full transition to the world of tattoos outside of prison, originally spider webs were unmistakable symbols of the wearer’s time behind bars. The webs represent being trapped and these pieces are usually placed on the elbow.

Originating in Mexican gangs and dating back as far as the 1940’s, this common tattoo features three dots arranged in a triangle and is most often placed on the hand or below the eye. Instead of any specific affiliation, this tattoo represents the wearer’s dedication to the gang lifestyle in general.

This tattoo is made up of four dots in the shape of a square, with the fifth dot placed in the center. While it may look similar to the three dots of the mi vida loca design, this piece has less to do with a wild, gangbanging lifestyle and more to do with time spent behind bars. Usually located on the hand, the four dots represent the walls of a cell with the central dot symbolizing the wearer, locked in a box. 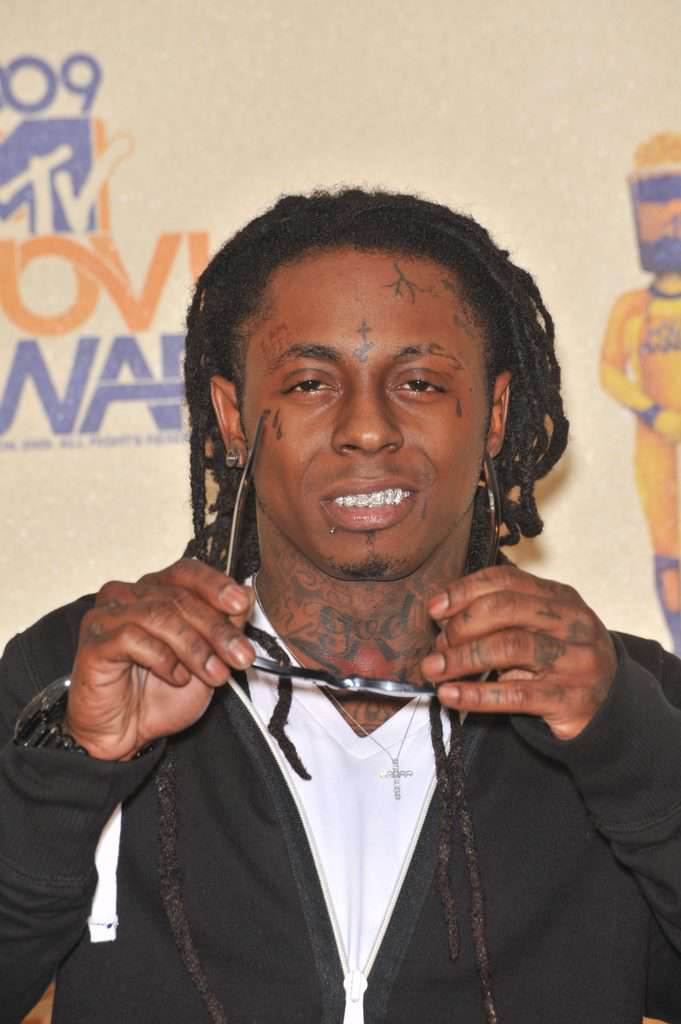 Most common in the world of hip hop, with its glorified depictions of street life and criminal enterprises, there are quite a few artists that sport teardrop tattoos. Lil Wayne is probably the most famous of all celebrities with teardrops on his face, although Californian rapper The Game also sports a teardrop below his eye. Both artists have stated that their tattoos represent friends they have lost to the violence of the streets.