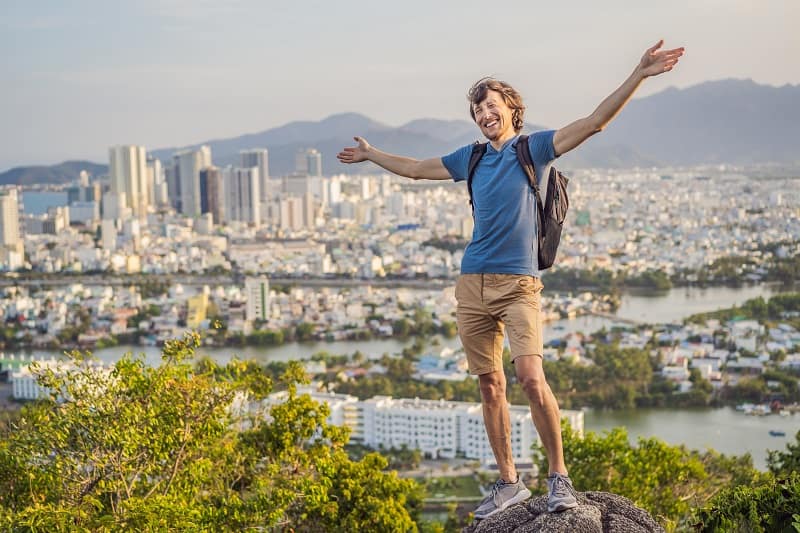 The Cheapest Travel Destinations in the World

Pandemic restrictions and recommendations aside, there’s something to be said about the thrill of travel, even more so when we’re able to do it on a dime. Traveling on a budget sometimes becomes a necessity, but for others, it’s a pastime. The more discounts and deals that can be achieved, the better. For bloggers, students, and those who just love to stretch a dollar, the world is our oyster.

Although dreams of Dubai and Paris continue to land high up on our vision boards, many locations around the globe offer views, foods, and lodgings that don’t break the bank. In Europe, South America, Africa, Asia, and even North America, there are affordable options. Below are eight of your favorite where you can experience another culture on the cheap. 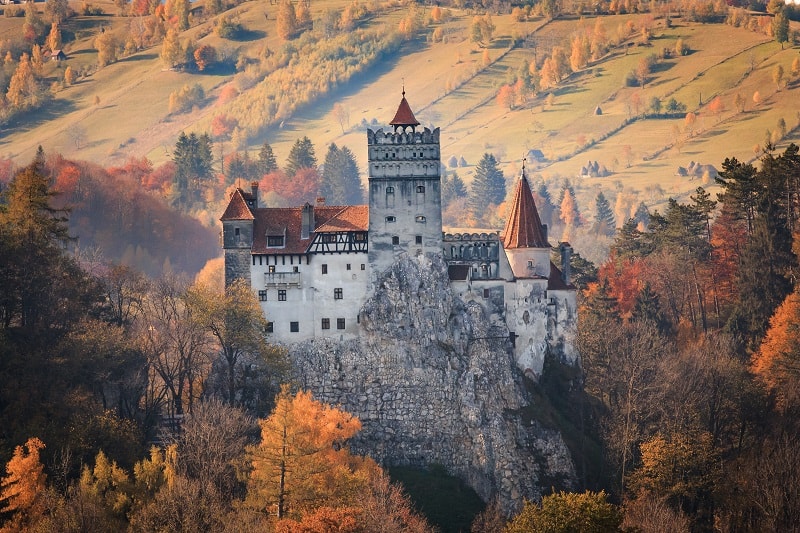 When people talk about a Eurotrip, they’re often referring to Germany, Spain, France, Italy, or the UK, but they shouldn’t rule out another location, Romania. Many people will initially think of Dracula, but there’s so much more that goes on in this beautiful land.

A slew of picturesque towns and villages make for a tour that is sure to impress. In fact, many have a rich history stemming from medieval times. Historical tours are often affordable if not free, especially if self-guided.

To save money on lodging, consider going the hostel route. They often run between $10 and $15 per night. Those who have made the journey recommend taking advantage of fairly priced (and extremely fresh) produce available in the local markets.

Other ways to save money include going with clean and convenient public transportation which can be as low as $10 for a day of rides. Cell phone data can be obtained for as low as $6 for 28 day’s worth of data. 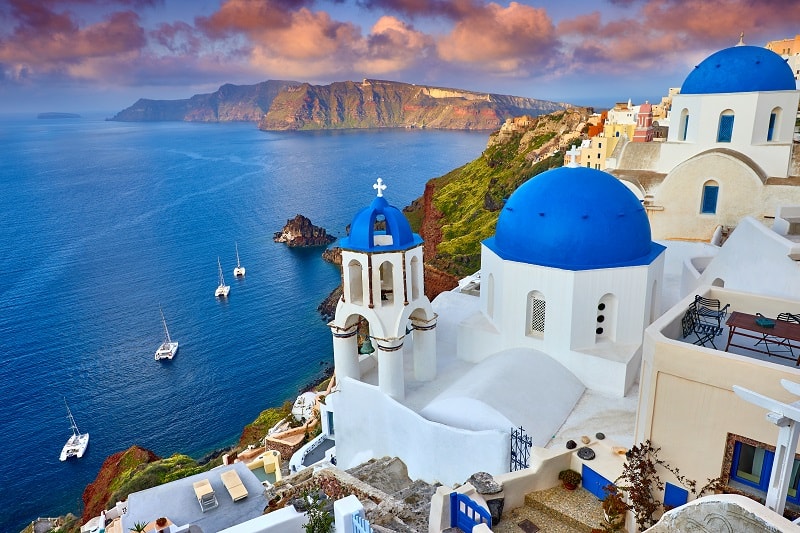 The blue isles of Greece are a crown jewel in the Mediterranean, and although one can definitely live it up as a big spender in this nation, it’s not the only way to go. The first step is to avoid going during the summer months, the most popular time to go. In the high season, prices climb. On the other hand, the cooler months help make things more affordable. In fact, the months of June and September offer some of the best deals.

When the weather is still lovely, but the majority of vacationers aren’t making the trek, there is plenty to enjoy in Greece. To get the most bang for your buck in Greece, consider arranging picnics on the beaches. Rather than spending too much on albeit delicious Greek seafood, a short run to the grocery store can provide all the same relishes at a fraction of the price.

Meals are about $15 a day. Hostels run within the same price range. Scooter rentals are up to $30 each day, but rental cars can be the right option if you can split the cost between a small group. Cell phone data with a SIM card is less than $15 for two GB of data for the month.

Another way to keep the purse strings tight is to research free walking tours. One doesn’t have to totally forgo island hopping, but choosing islands that are close to one another will help keep the boat rides under budget.

Estonia on the Map for Nature Lovers 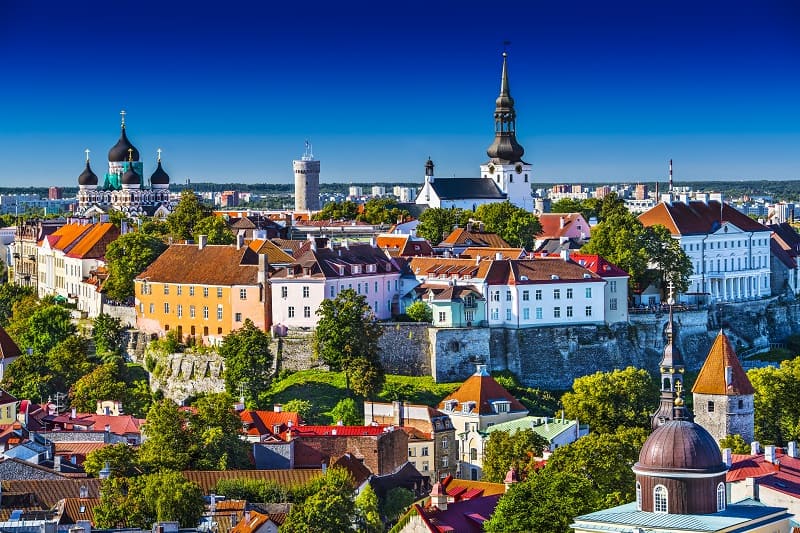 Landscape photographers will adore Estonia. Over half of the country consists of forests and woods. With that in mind, it’s no surprise one of the country’s major draws is exploring the trails with a good, long hike. On the money side, such excursions are usually low-cost if not free!

A hallmark trait of Estonia is the small villages that dot its rich geography. They’re the perfect backdrop for activities like walking and bicycling. This can also mean there is room to cut back on transportation fees when visitors trade their bus pass for walking shoes.

Unfortunately, in the small towns, hostels are tricky to find (but not impossible with some research and luck). Instead, try sticking to the capital of Estonia, Tallinn.

Like Romania and Greece, meals are about $15 a day with an effort to keep meals light. It’s rumored that many hostels include breakfast, so it’s easy to pile in a big meal before starting the day.

Transit fees are low. On average, they’re about $5 each day. If visitors decide to go between cities, rail tickets are about $10 to $15. A Baltic SIM card can be purchased for $7, offering 30-day access to 3GB. In the same breath, options like Latvia and Lithuania offer similar features and benefits, so a lovely three-country tour may be in order.

Bolivia Goes off the Beaten Path 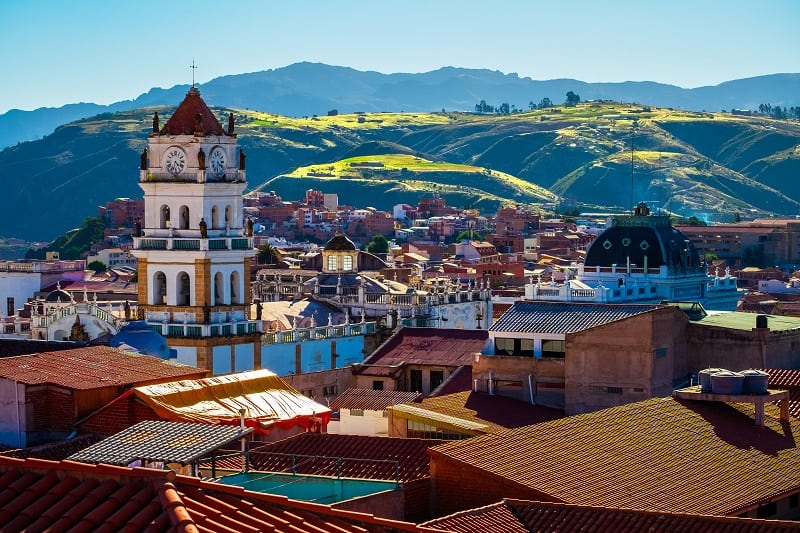 South America has plenty of adventure in store for those who are willing to forge off the beaten path, and this rings true in Bolivia all the same. The roads in Bolivia are long and arduous at times, but what awaits on the other end is worth the trip! Consider Salar de Uyuni, the world’s biggest salt flat. Una playa, it’s a beach-like landscape of over 10,000 square kilometers.

The unique features of the landscape are often used to calibrate satellites, and plenty of people come just for the photo opportunity. Even Hollywood has landed in Bolivia for movies like Star Wars: The Last Jedi and The Unseen.

As far as saving a few bucks, the best option is to stick to the local options. For example, a large dinner costs only $2 or $3 if you stick to the neighborhood menus. Transportation via local buses is affordable, too. Tours to the salt flats can be pricey, but they’re worth the splurge. 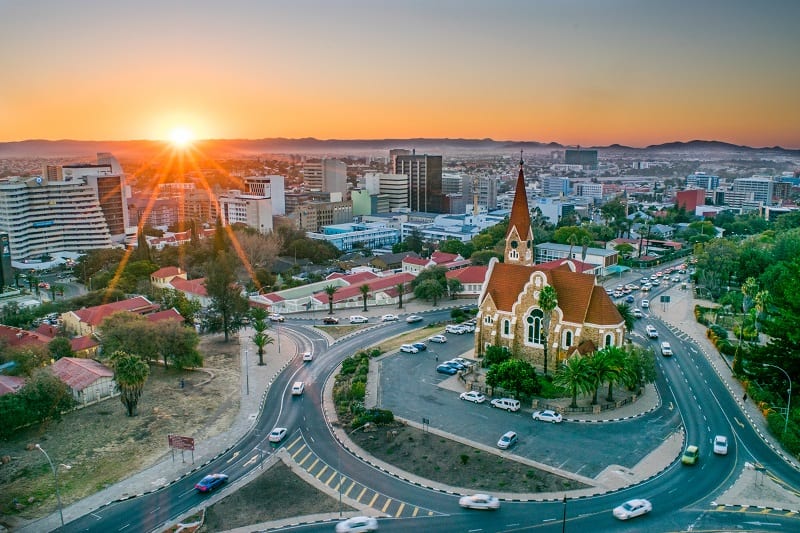 For less than $45 a day, Namibia offers an unforgettable African visit that doesn’t cost a fortune. People head to this beautiful location for an up-close and personal view of the large-scale Fish River Canyon, the scenic Deadvlei, and the beautiful Sossusvlei. Although there are plenty of luxury accommodations to cater to the well-to-do, there are plenty of budget options as well.

The infrastructure of the nation doesn’t lend itself to affordable transit in between cities, but there are other workarounds to save some cash on the journey. For example, camping can be a lot more affordable than booking a room at a high-class hotel.

Whereas a luxurious bed is going to cost as much as $200 a night, campsites are priced somewhere around $10 a night. Government-backed sites are available, but they can cost almost twice as much.

To make getting around less of a strain on the bottom line, consider renting a 4×4 with a group and splitting the cost. This option is usually $60 each day for the rental, but split between four people would be about $15 each. Of course, some campsites will offer cooking facilities which mean groceries can be purchased and dinner whipped up to cut back on the costs of eating out.

In general, expect to spend up to $15 on food each day. Accommodations should run about $15 on average. Cell phone data is a little pricier than the aforementioned recommendations at about $15 for 1.5 GB, but it’s good for 60 days.

Vietnam Is on the Menu 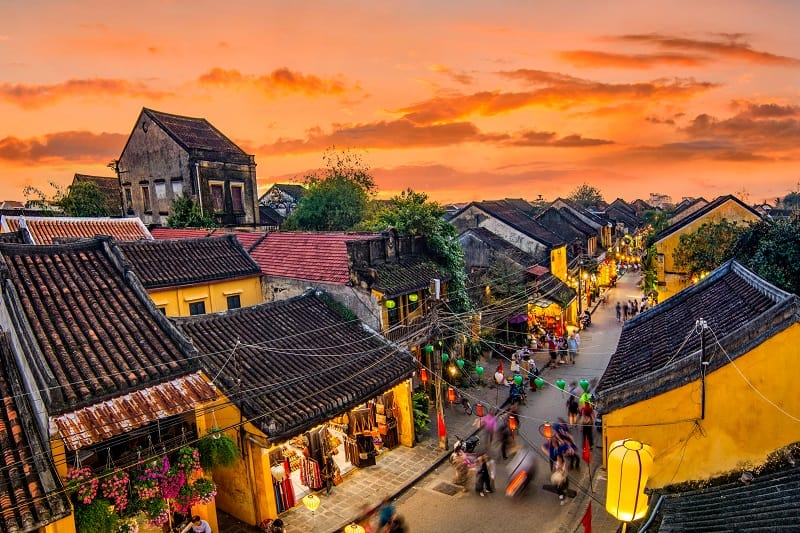 What people always seem to remember about their trip to Vietnam is the street food, claiming it to be the most delicious they have ever enjoyed. It’s also said to be light and affordable. On the menu, visitors will find noodles, cilantro, rice, shanks of pork, and coffee.

The best way to get around is a motorbike which generally costs about $10 per day. Some people will immediately hesitate upon envisioning themselves riding a motorcycle in a foreign country, but a paid service that gets you around town costs less than a dollar for a 2 km ride.

Getting between cities is affordable too thanks to buses and trains. Although hotels and hostels offer budget options, another route to consider is that of the relaxing hammock.

If you ask around, you can even find places that will let you set up shop without charge! Using the hang-a-hammock approach, plenty of travelers have made it through the country on less than 10 dollars a day! For less than $7, a SIM card offering 5 GB can be obtained, making data affordable, too. 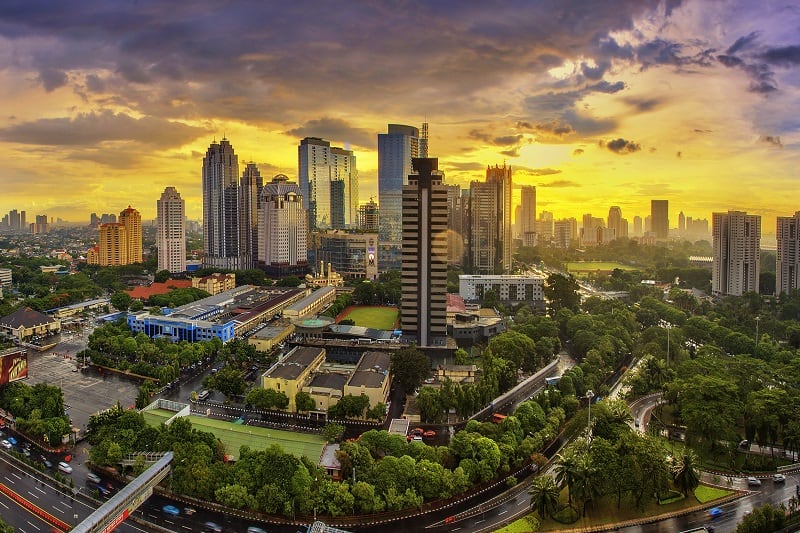 Indonesia is one of the places that can be totally affordable or cost a whole lot of dough. Choosing the right itinerary is the secret to cutting costs. Those who know the country’s ins and outs have commented that what wrecks the budget is transportation.

Because of the island nature of the land, it’s private boats and intercity traveling that run up the bill. If visitors do their homework and stick to a smaller region for the explorations, it’s not so bad.

Local transportation options are affordable and convenient, so don’t rule them out. Generally speaking, food and beverage costs won’t be expensive, which is welcome news. Scooter rentals are also surprisingly fair. To make the most out of a trip to Indonesia, fill the agenda with activities like hiking, scoping out waterfalls, and lounging on the crystal clear beaches.

On average, meals cost $5 to $15 each day. Hostels are often between $5 and $10, and the motorbike rentals won’t run more than $15. Pros usually barter and haggle when negotiating prices in Indonesia, so don’t be afraid to ask for a better rate. Cell data is only $5 for 2 GB. 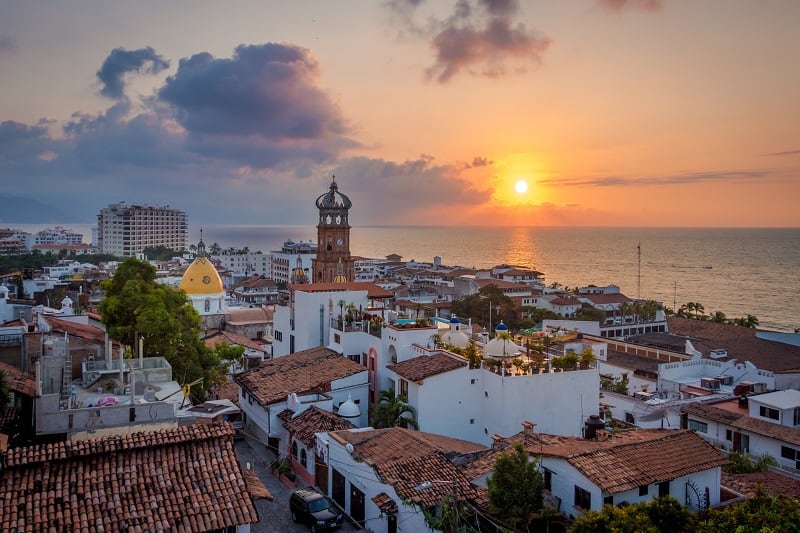 Mexico is a very large country with diversity in every sense of the word. The Atlantic and Pacific coasts are well-known among beach hoppers, and the cities in the central regions of the country capture the hearts of wanderers the world over.

Although it is easy to invest in a luxury vacation in the country’s hotspots like Punta de Mita, Tulum, or Cabo, there are plenty of ways to stretch a peso for somebody who is willing to do a little leg work on their own.

Take for example the region of Puerto Vallarta. There, dozens of all-inclusive resorts mark a landscape drenched in sun and surf. However, right in the heart of the city, there are ways to make it as affordable as vacations in any other part of the world.

By staying in small, local hotels, it’s easy to find a private room for $30 USD a night. The lodgings will be simple, but compared to hostels (which exist as well), there’s something to be said about a little privacy.

Mexico’s culinary experiences are to die for, but street food options also can give a visitor a plate full of tacos for less than five bucks. Entertainment is often free on the road where street performers aim to please for just a small donation (less than a dollar is still generous).

If you get a pay-as-you-go phone, you can fund a month’s worth of data for less than $10. For Americans, Canadians, and some folks in Central America, even the flights to get there can come in under budget. Remember, enjoying a Mexican sunset costs zero dollars and zero cents.

At the end of the day, there are plenty of locations that can break the bank if luxury and riches are desired. With a little digging and a lot of living like a local, plenty of locales become affordable, giving the everyday Joe a shot at enjoying a vacation like a pro. Buen Viaje!