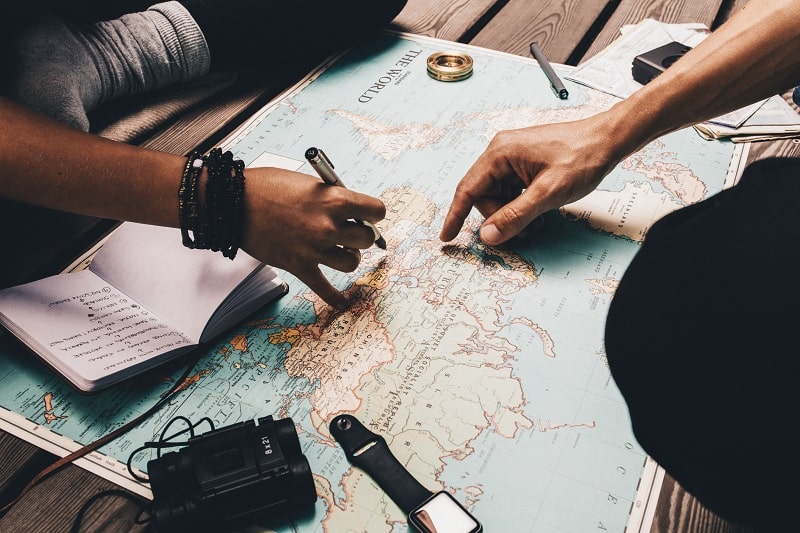 Following what was the single longest year in history, we’re all suffering from a major case of wanderlust. Simply put, we’re itching to get out and travel again.

While the state of the world is still far from “normal,” we’re slowly but surely getting there. Governments all over the world continue to implement pre-travel testing programs and vaccines are being rolled out on a wider international scale. Normalcy is finally in sight.

Perhaps you’re ready to book a holiday close to home right now or maybe you’re simply dreaming of far-flung future vacation plans. Either way, there are certainly ways to travel safely, maintaining social and physical distance from others while also supporting small economies – many of which have been absolutely devastated by the pandemic.

With these considerations in mind, we’ve put together a list of the top 10 travel destinations for 2021. The places on this list were chosen for their natural beauty and unique landscapes, as well as a wide variety of social-distancing-friendly activities for all ages and interests. 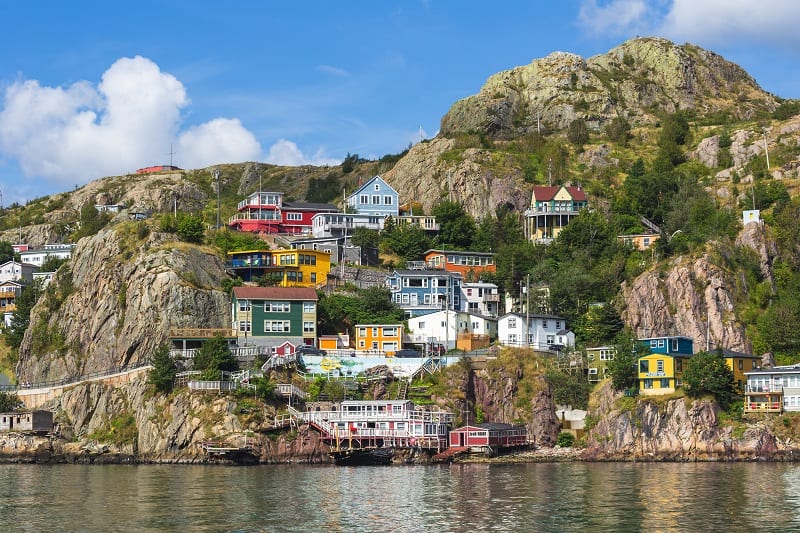 Like much of the rest of Canada, The Maritimes are stunningly beautiful. Quaint, colorful villages dot the pristine coastlines and the beaches are as diverse as they come. You’ll find everything from traditional sandy beaches to rocky ones with hidden sea caves and steep red cliffs.

Wildlife viewing opportunities here are arguably some of the most abundant in the world. Whales, sharks, dolphins, seals, moose, bears, elk, caribou, and much more – The Maritimes have ‘em!

Still need more reasons to consider visiting The Maritimes? Come for the famous lobster rolls or the locals who have a reputation as being some of the kindest, most welcoming people you’ll ever meet. 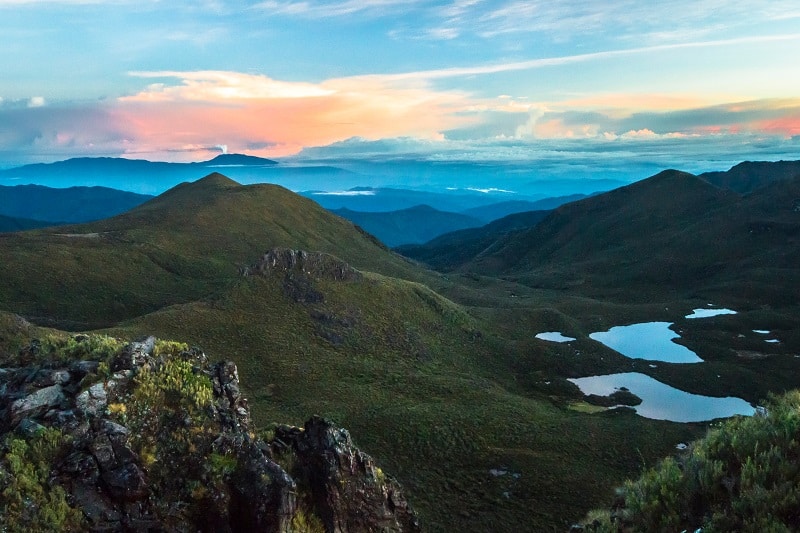 If you’re even remotely into nature or adventure, Costa Rica should be at the top of your must-visit list this year. The country is home to a substantial portion of the world’s protected natural forests and other lands, and there is perhaps no more diverse terrain anywhere.

From sparkling, pristine beaches and dense rainforests to volcanoes (including five that are still active) and soaring mountains, Costa Rica has a little of everything.

Spend your time here scuba diving, ziplining above the treeline in the rainforest, summiting 12,533 foot-tall Cerro Chirripo, or simply catching some sun on the beach. Truly, there’s no wrong way to do Costa Rica. Best of all, it’s an extremely budget-friendly destination in terms of both flight prices and accommodations. 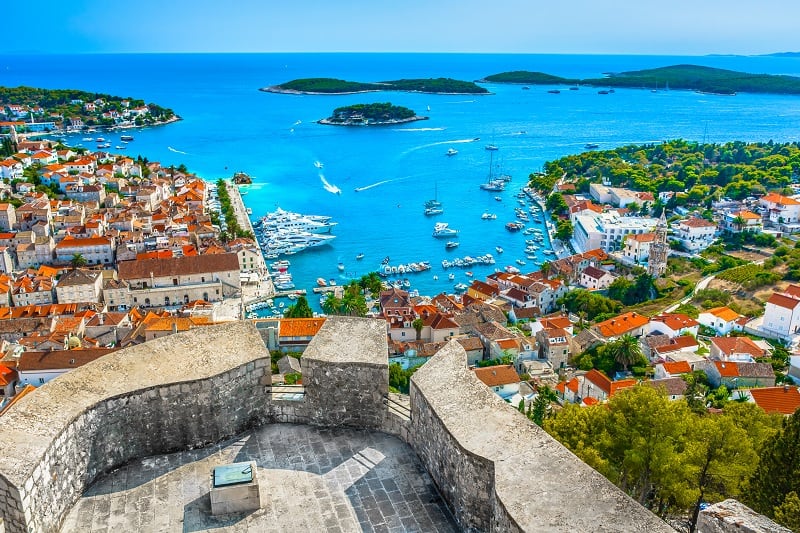 Did you know that Croatia has over 1,200 islands and islets? Less than 50 are actually inhabited, but it’s fascinating nonetheless.

Croatia sits on the Adriatic Sea, just across from Italy in southern Europe. As you might expect in this part of the world, Croatia has a complicated history dating back several millennia. One such example is Dubrovnik, one of the coastal cities. It’s considered one of the best-preserved walled cities on earth, with its enormous 16th-century stone walls fortifying the maze-like town.

Beyond its many islands and history, Croatia also has spectacular beaches, fantastic nightlife, and a vibrant foodie scene, with heavy Italian and Austrian influences (think lots of fresh fish and red wine). Be sure to set aside time to visit Plitvice National Park, Croatia’s oldest national park and a UNESCO World Heritage site. 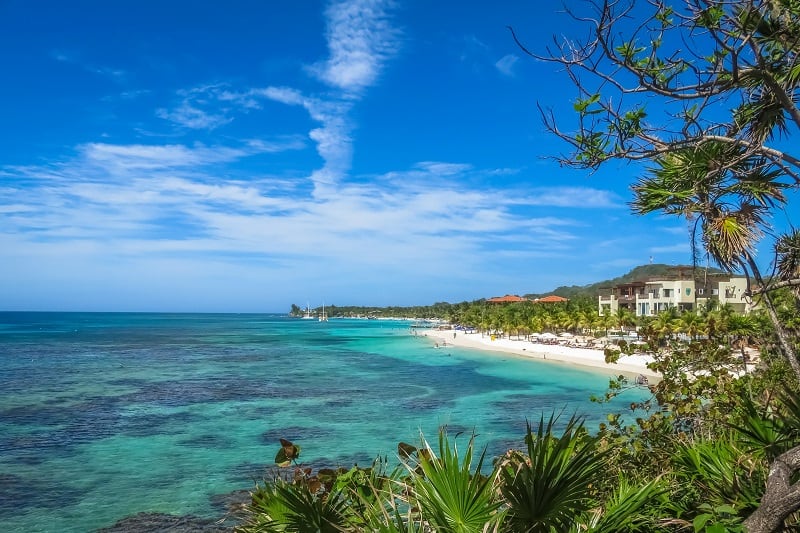 The Caribbean as a whole is a worthy contender on any travel bucket list, but there are certain destinations that are grossly underrated. Roatan, a small island off Honduras’ northern coast, is one such destination.

In Roatan, you get all the benefits of a Caribbean vacation without the crowds or inflated price tag, plus some of the best snorkeling and diving anywhere in the world. Roatan is home to the Mesoamerican Reef, the world’s second-largest barrier reef at 700-some miles long. The island itself is part of what’s known as Bonacca Ridge, a massive underwater mountain range. The reef and ridge combined create biological and geographical diversity not found anywhere else.

If you’re more of a landlubber, you’ll be happy in Roatan as well. Enjoy the island’s seemingly infinite hiking trails, go horseback riding, ziplining, ATVing, wildlife watching, or simply lounge on the beach. 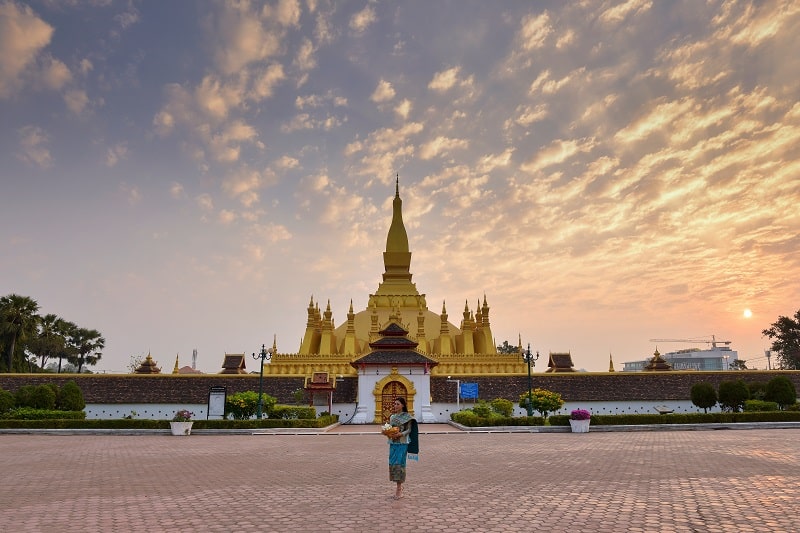 Laos, a landlocked country between Thailand and Vietnam, isn’t exactly a hidden gem. The Southeast Asia nation has been popping up on “must-visit” lists consistently for the past few years, but still manages to retain a sleepy charm and traditional way of living.

Maybe it’s the wild elephants roaming freely, thatched-roof houses, water buffalo being used as tractors, or the fact scooters are the vehicles of choice. Whatever “it” is, all these factors make you feel as if you’ve been transported back in time, to a place less hurried and spectacularly beautiful.

Few places rival Laos’ natural beauty. From the lush green jungles to rivers that wind through villages, the thousands of caves, and the abundance of wildlife, Laos is a charmer. It’s also almost shockingly affordable (like $1 for a 500 ml beer affordable) – for now. Get there quick, before everyone else has the same idea and prices skyrocket.

See more about - The 10 Best Surf Spots in the World 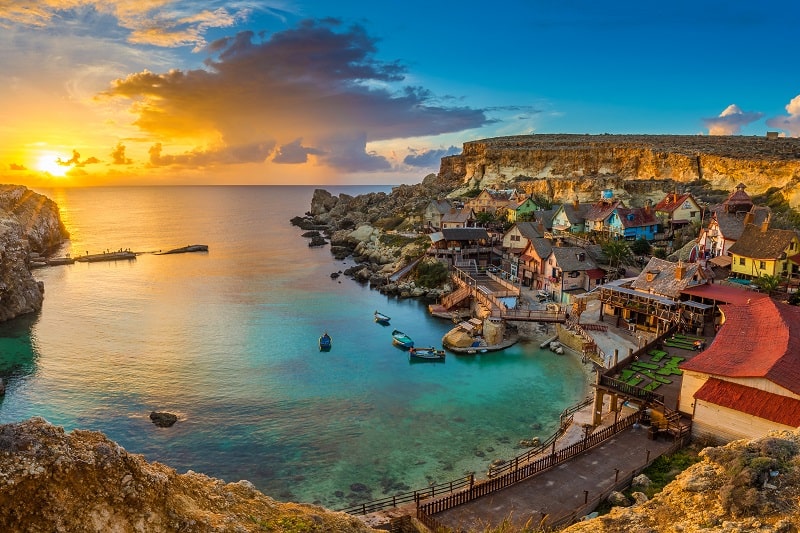 Malta is a tiny island nation in the Mediterranean Sea south of Sicily. It’s the smallest member of the European Union, in fact, but don’t let its diminutive size deter you – Malta packs a big punch.

To begin with, Malta has a rich and colorful history. Its position in the Mediterranean lends it to military strategy, and numerous nations have fought over the island. It’s a melting pot of different influences and was even named 2018’s European Capital of Culture. 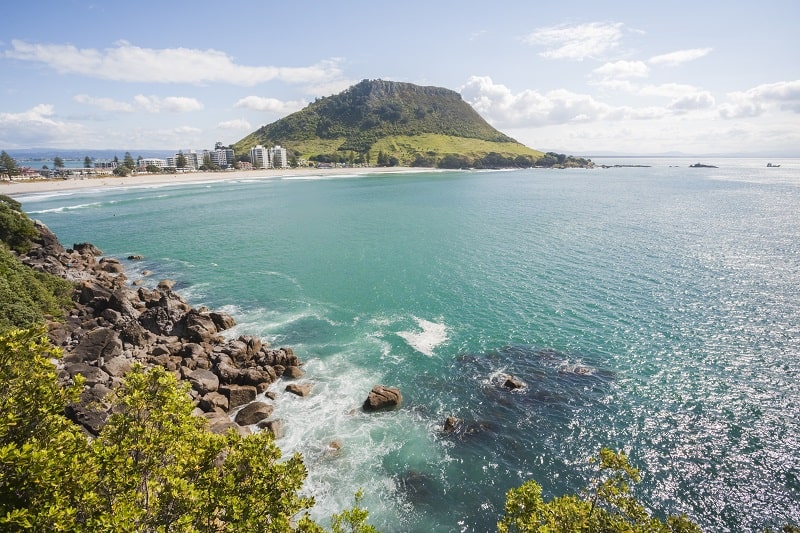 Situated very literally in one of the far corners of the world, New Zealand is anything but easily accessible. Flights from both the UK and US are 23-24 hours long and expensive, rarely dipping below $1,000.

Still, there are many fantastic reasons why you should visit New Zealand. Even in spite of social media making landmarks including Mount Maunganui and the Lord of the Rings “Hobbit House” famous, New Zealand remains the most uncrowded, unbelievably beautiful adventure capital of the world.

In the span of a long weekend, you can (and should) hike ancient glaciers and an extinct volcano, lounge on broad sandy beaches, raft down a river under a cave filled with glow worms, and go skydiving. 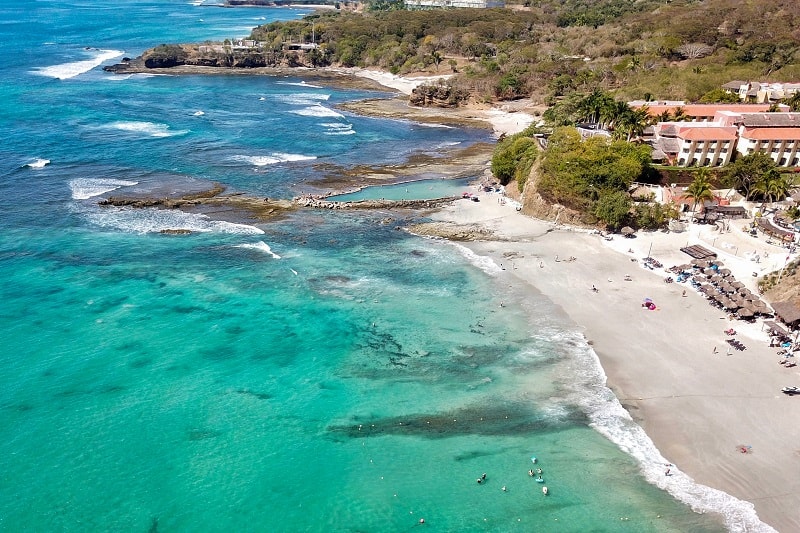 Mexico’s Yucatan and Baja peninsulas are well-known all over the world. But located in between them on the Pacific Ocean side lies an absolutely stunning stretch of coastline: Riviera Nayarit.

192-mile-long Riviera Nayarit runs from just north of Puerto Vallarta to just south of Mazatlan and is bordered by the majestic Sierra Madre mountains to the east. The region encompasses some of the world’s most gorgeous beaches and Pueblos Magicos, beach towns so magical they have an official term.

One of these Pueblos Magicas is Sayulita, widely considered a hidden gem by those lucky enough to discover it. While Riviera Nayarit has plenty of towns worth visiting, you could easily devote a week to Sayulita alone. Surfers from all over the world flock here for the famous waves, and the colorful town, delicious fish tacos, and friendly locals are enough to make anyone want to stay forever. 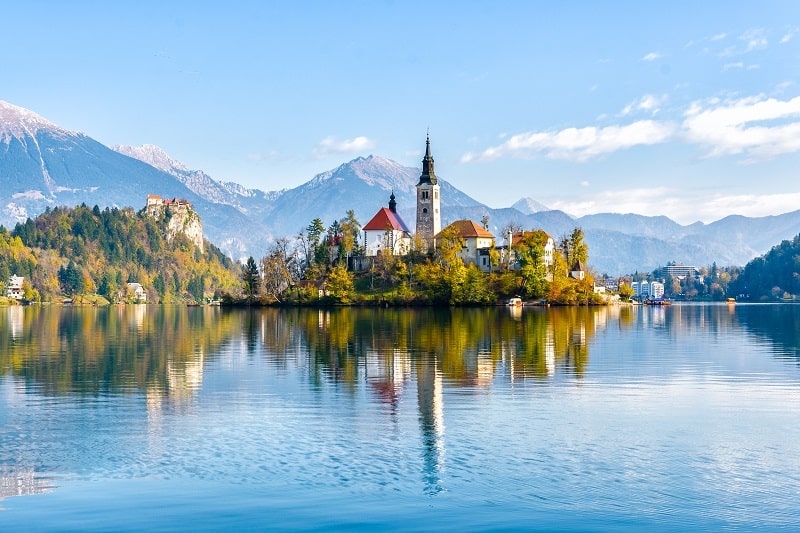 The small country is in the heart of Europe, bordered by Italy, Austria, Croatia, and Hungary. Somewhat unsurprisingly, Slovenia gets overshadowed by its larger and more famous neighbors. But let us not forget, good things often come in small packages.

Slovenia is easy to explore, thanks to its petite size and high walkability. Life also moves at a more relaxed pace here, so enjoy simply strolling through the charming cities. Pop into cafes periodically for local specialty dishes like Štruklji, dumplings that can be prepared either sweet or savory, and don’t skip visiting Lake Bled. The glacial lake with a distinct bright blue-green hue is an absolute must. 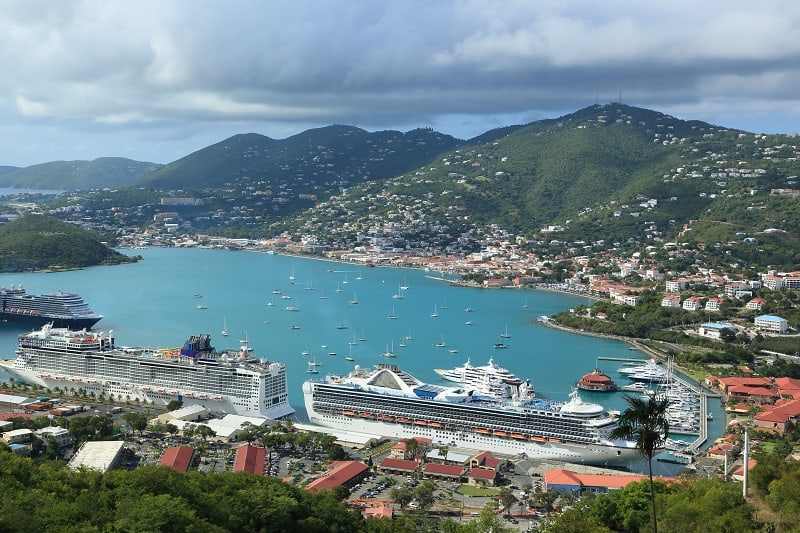 It’s hard to imagine any U.S. destination as underrated. Yet, that’s the case with the U.S. Virgin Islands, comprised of St. Thomas, St. Croix, and St. John. In 2019, just over two million people visited the USVI. That sounds like a lot, but not compared to the 7.25 million who visited the Bahamas.

A tremendous portion of USVI visitors typically arrive via cruise ship, so the islands are even quieter than normal. What that means is an affordable Caribbean vacation (in the US) with beaches so uncrowded it seems too good to be true.

St. John is the smallest, sleepiest island, with a national park taking up two-thirds of it. St. Thomas is the most well-known and developed, and St. Croix is the largest and widely considered the most authentically Caribbean. Fortunately, seaplanes run between the islands, allowing you to easily visit all three.