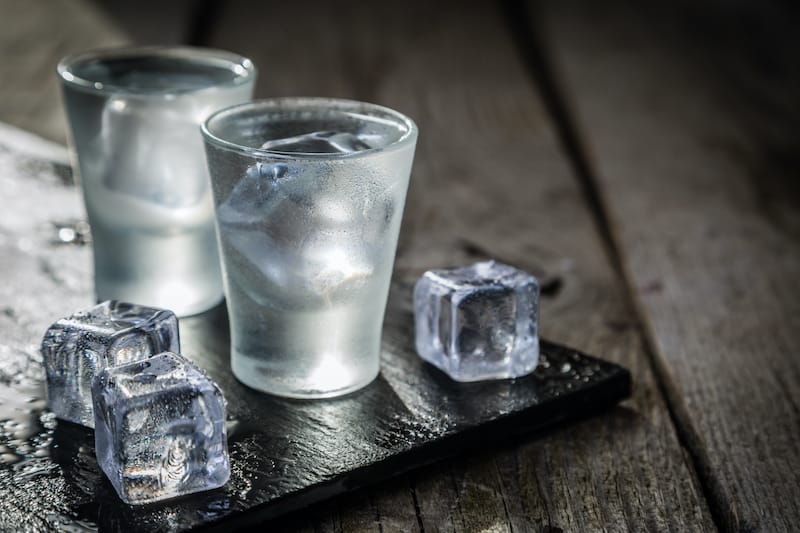 I’m a huge believer in Polish vodka. I’ve written consistently that if given the choice I’d take a bottle of Polish vodka over their Russian counterparts, both for the quality of the liquid and from a price comparison standpoint.

Don’t get me wrong, Russian vodka is fantastic, but I love the commitment Polish producers take to differentiate their expressions from other European peers.

Traditional Polish vodka is famous for its rye distillate – which differs from other notable regions. France’s best vodka – Grey Goose Vodka and Ciroc Vodka for example – is made from grapes, while Russian Standard or Stolichnaya is crafted from wheat.

There are some truly exceptional Polish vodka brands that you can purchase for well under the $20 price point, while others offer interesting production methods and distillation processes.

Check out the following collection of the 14 best Polish vodkas to try and see for yourself! 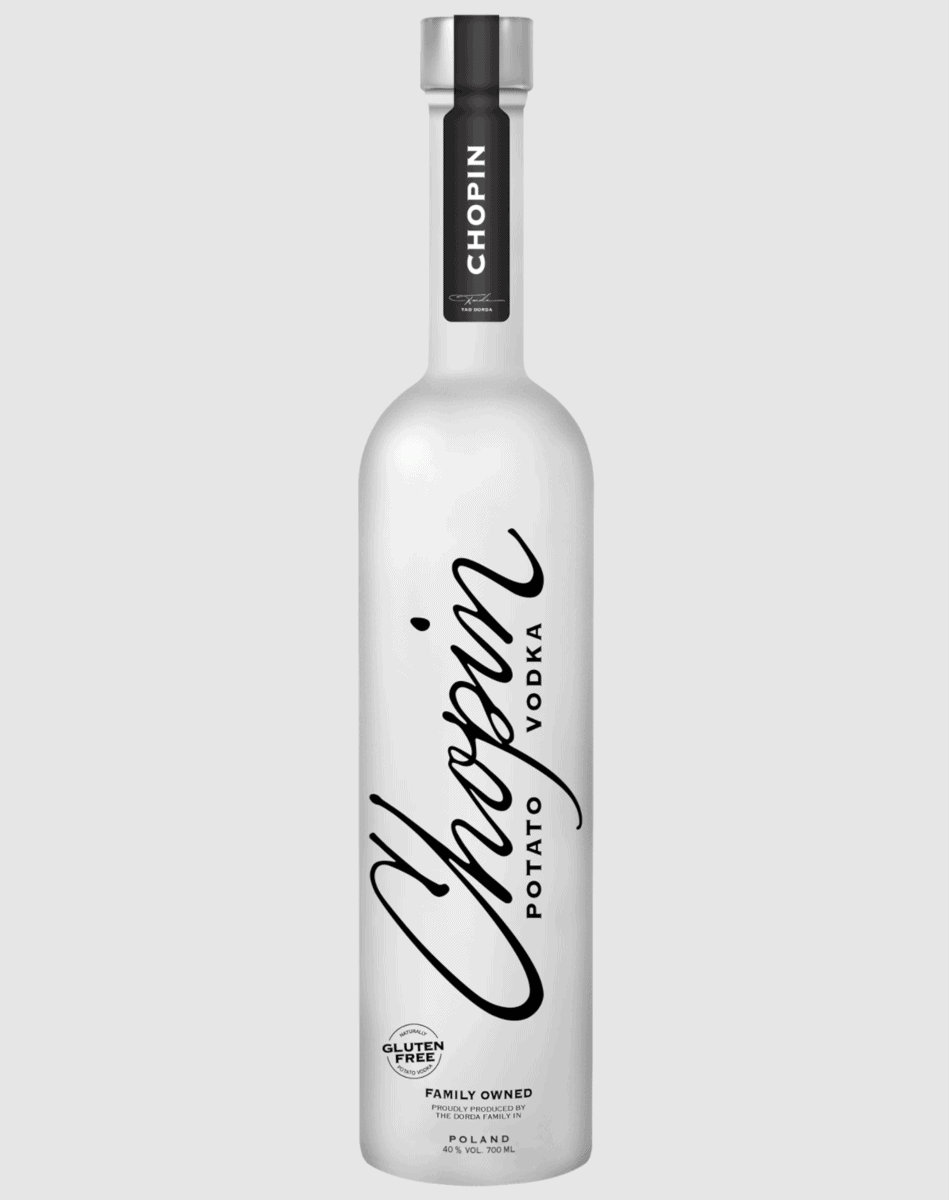 Its unique, creamy mouthfeel belies its crisp aftertaste and the notes of nuts, black pepper, and fragrant flower flavors give this Polish vodka a more full-bodied flavor and creamier mouthfeel than the other almost neutral vodka spirits in the market.

Chopin vodka also has rye vodka, wheat vodka, and a premium Family Reserve variety that is the best vodka for sipping chilled. Use Chopin Potato vodka in a simple vodka martini, Bloody Mary, or Moscow mule, or drink it over ice or with fruit juice. 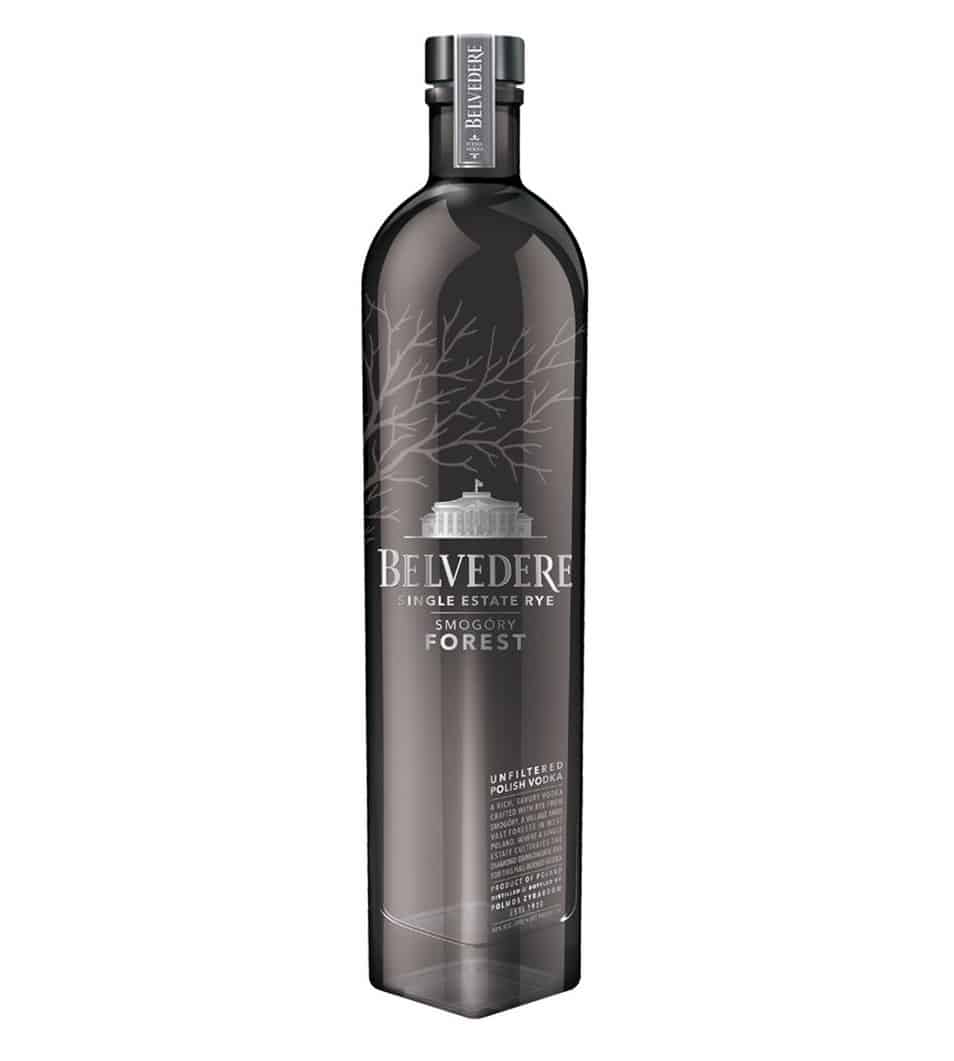 Taste wise Smogory Forest shows off an interesting aroma and palate, trading in the ultra-premium crispness and clarity for hints of Polish favorites, including cinnamon, spice, vegetation, and peppery blasts on the tongue.

This Belvedere vodka is a tremendously innovative and unique drink that can be used in any situation, from an ultra-chilled round of shots to start the party, or to the classic Belvedere vodka cocktail you find at a gala event or opening. 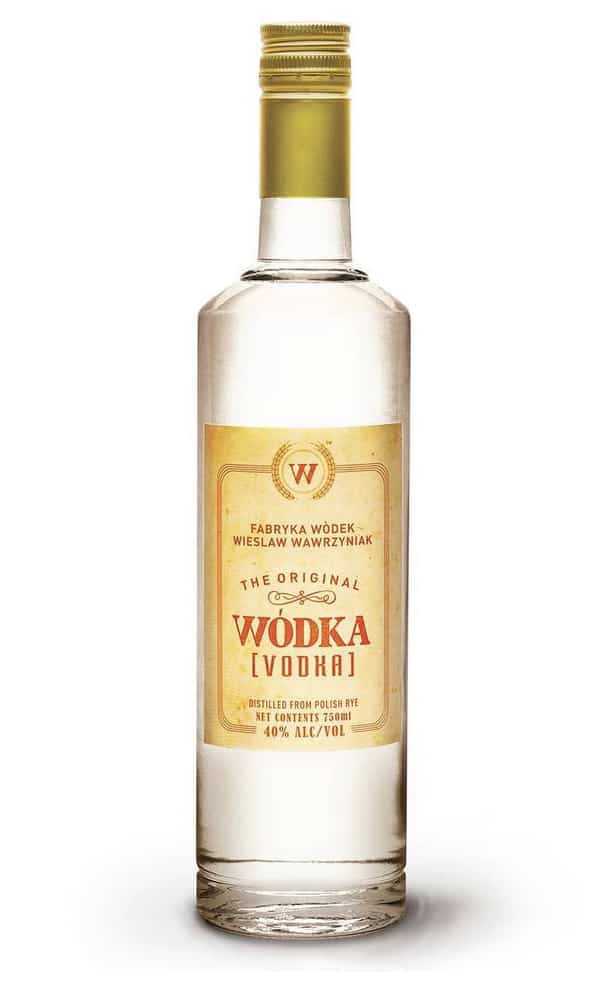 Wódka Vodka is arguably the best value bottle of spirits of any type. It’s as simple as they come and true to the spirit (pun intended) of keeping vodka clean and neutral on the palate and on the backup.

While Wódka Vodka’s price is its main selling point, this Polish vodka makes an exceptional addition to apple juice, grapefruit, or your favorite mixed drink.

While other cheap brands can give you a hot aftertaste of the alcohol, Wódka Vodka is surprisingly smooth. A great choice for the vodka drinker looking for no frills enjoyment! 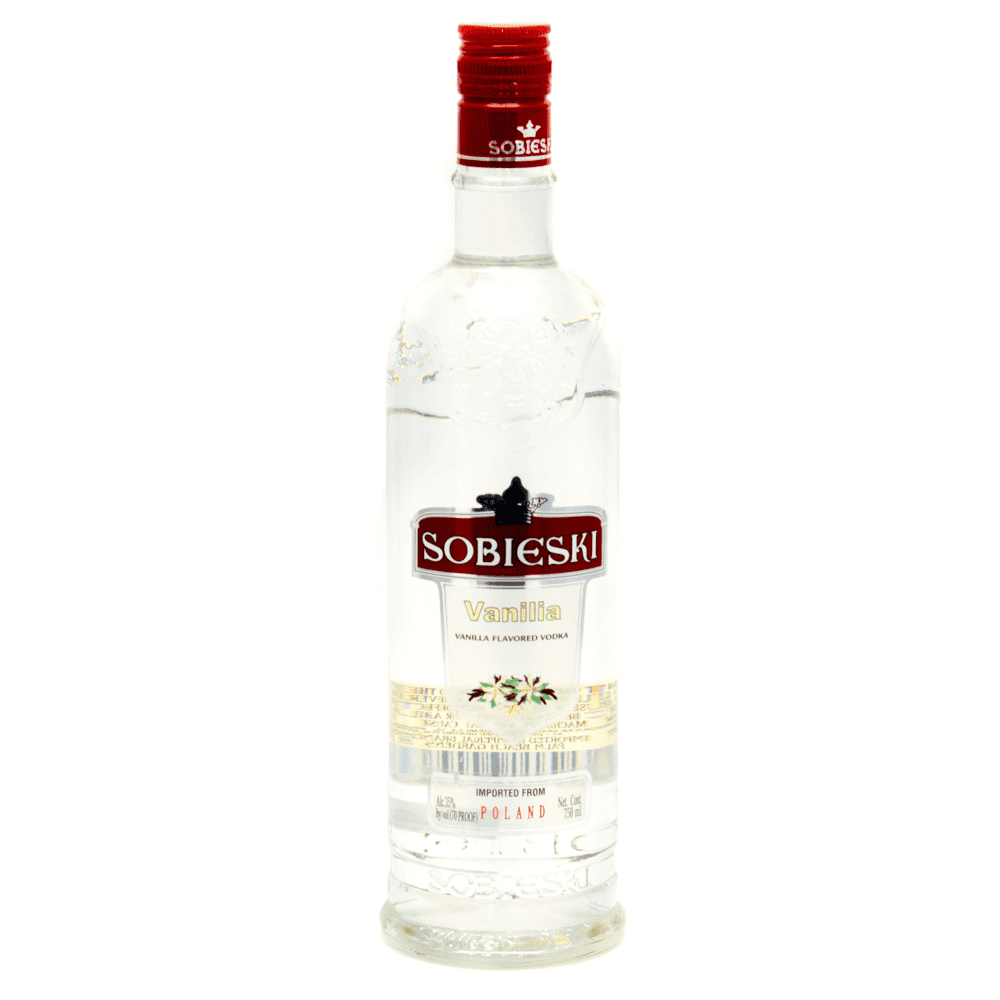 Sobieski vodka is a Polish rye spirit inspired by the iconic king Sobieski, who defended Europe against the Ottomans. It’s crafted with crystal clear water and top quality, 100% Polish rye, and continuous distillation – courtesy of the highest column still in Europe – helps create one of the smoothest vodkas in the world.

I like all of the Sobieski vodka bottles I’ve tasted (backpacking through Europe will do that), but my favorite thus far is the slightly sweeter, more distinctive vanilla flavored vodka (cinnamon too is excellent). It tastes much like a luxury vodka yet without the hefty price tag of a more famous Ciroc Vodka expression.

If you are a dedicated fan of flavored vodka looking for inexpensive bottles to stock up your home bar for entertaining, then I’d certainly recommend Sobieski. 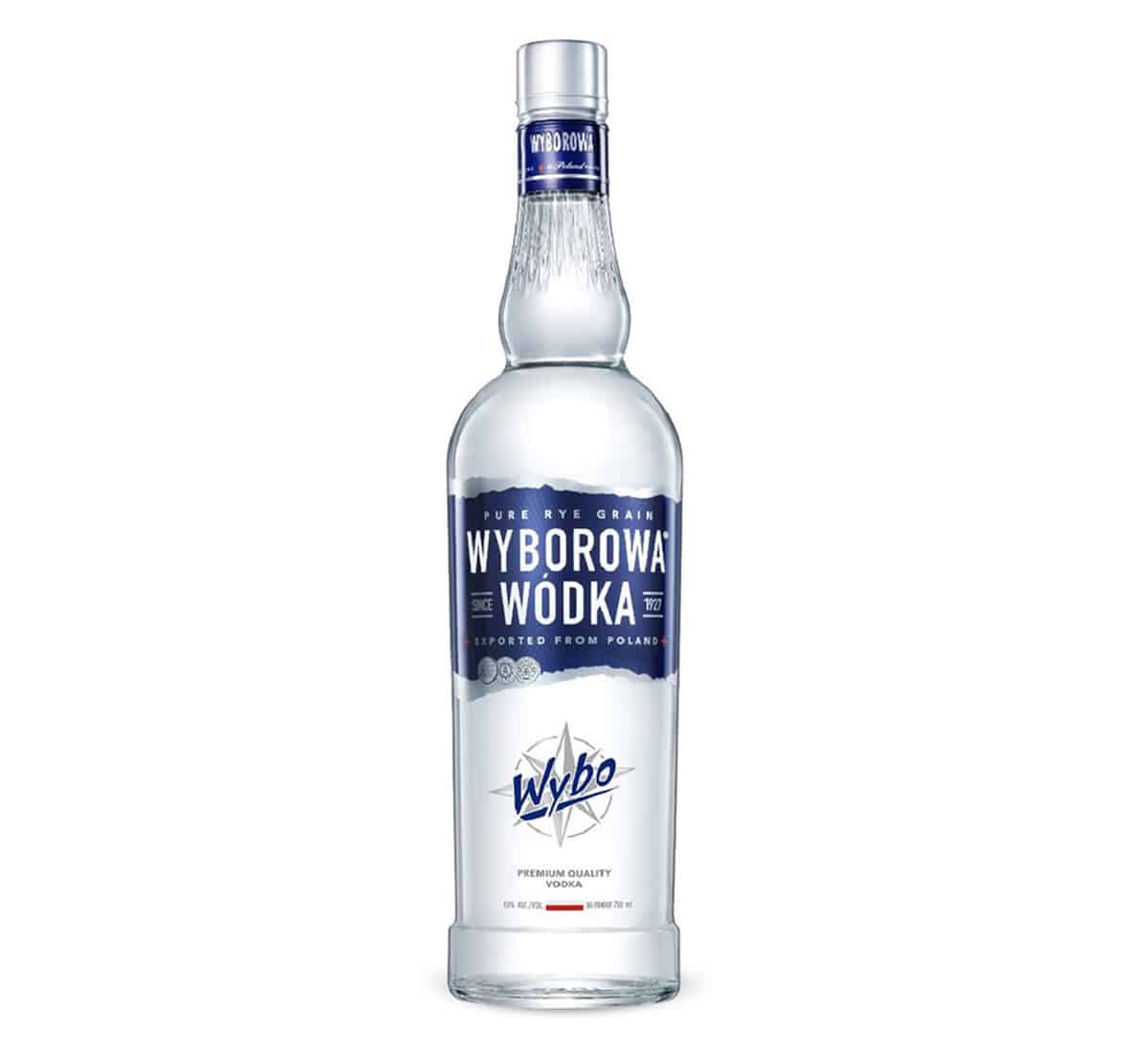 One of the cheaper Polish vodkas available (I’m inclined to drink them at every opportunity before anything else) Wyborowa means “selected.”

Interestingly, it’s a rye grain vodka that’s smooth yet likes to keep the rye influence intact, which aligns nicely with the spicy flavor of a Moscow mule or Bloody Mary. It’s also versatile for use in simple drinks like vodka soda or vodka and orange juice.

If you’re a whiskey drinker that likes to dabble in cocktails or a mixologist looking for a genuinely good cheap priced option to go further at party time, Wyborowa Vodka is an option well worth considering. 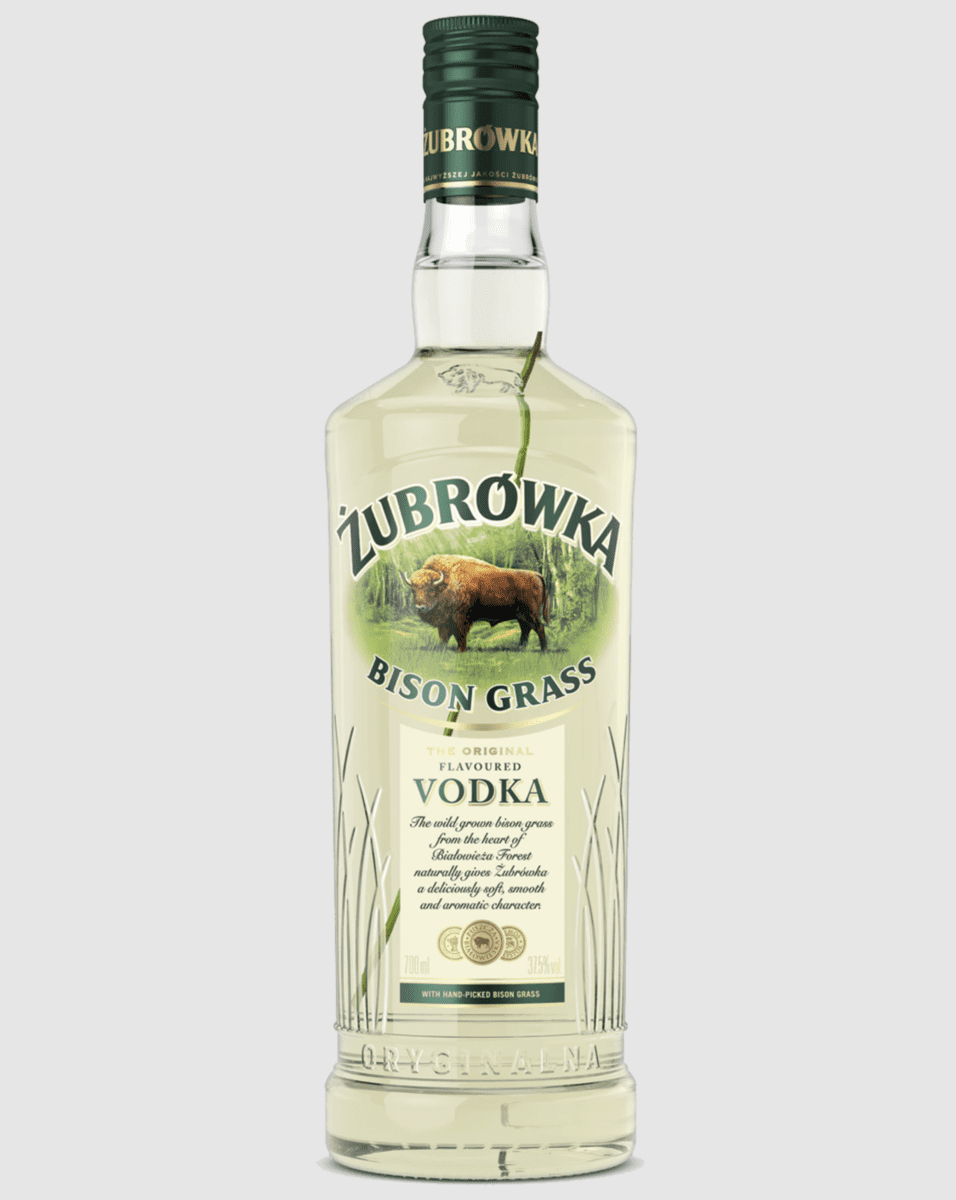 Poland has been producing their favorite vodka (a rye grain distillate) flavored with a particular grass eaten by Bison in the Białowieża Forest for hundreds of years. The Białowieża Forest is Europe’s largest woods – straddling the border between Poland and Belarus.

Zu, as it’s known, is light yellow in color with an aroma of lemon, citrus, and herbs. A nutty flavor carries the otherwise pleasant vegetal palate and it possesses a nice creamy thickness.

Each bottle of the expression – which had been banned for nearly 30 years in the US – comes with a blade of Bison grass inside. The grassy rye fermentation makes Zu a natural for use in a classic Moscow mule, or other cocktails built on spicier ingredients such as a Bloody Mary. 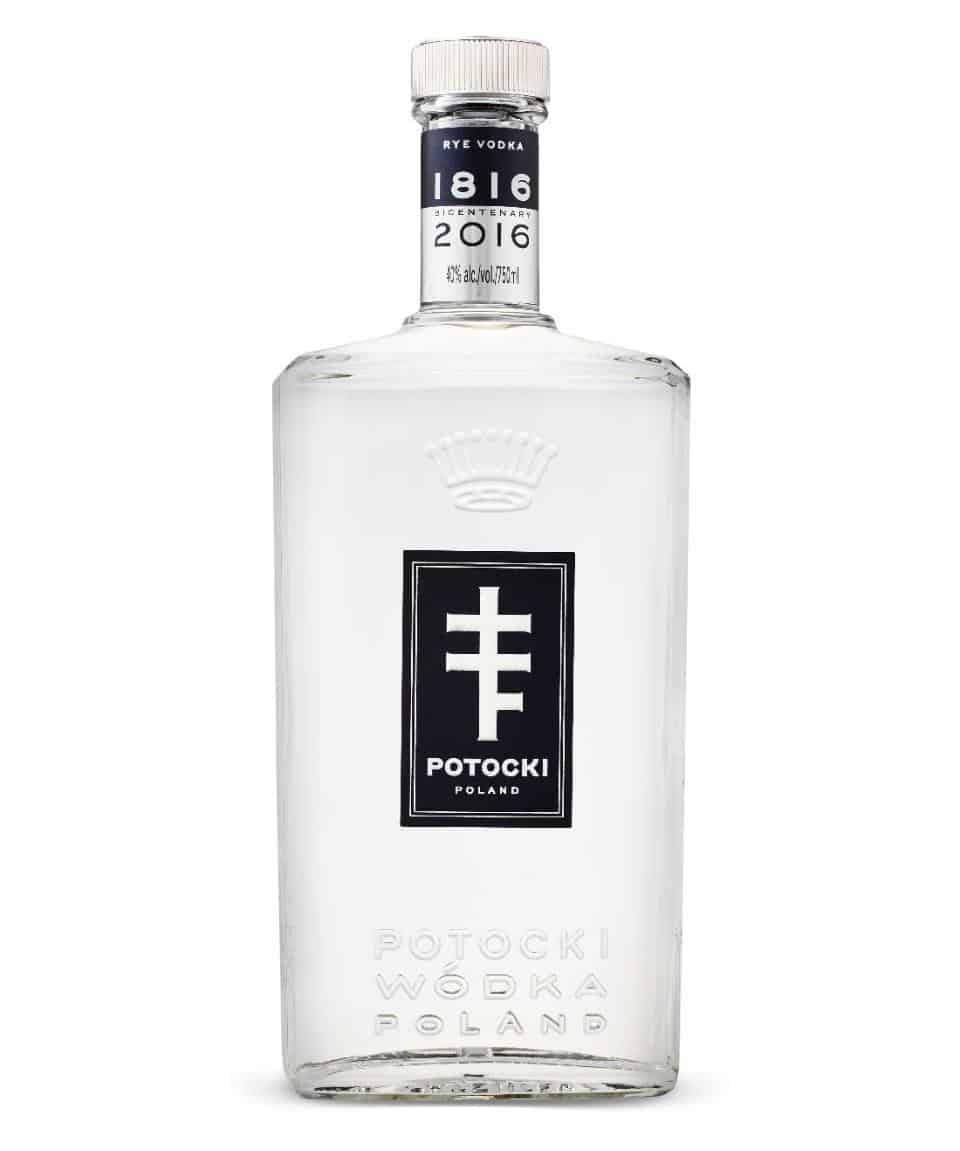 While Potocki Wodka uses rye grain, it is crafted in a distinctly different manner to some of the other best Polish vodkas.

Potocki Wodka is distilled just twice – others can be distilled as many as five times – at slow speeds to ensure balance and a full flavor profile and bottled without charcoal filtration to retain the natural, slightly nutty flavor of the spirit.

The liquid offers a slightly sweeter palate contrasted by the nutty flavor and offers a full, creamy mouthfeel at odds with traditional Polish vodka’s characteristic crispness.

If you want to experience a unique premium vodka to tempt your local vodka expert, then this is a bottle I would consider introducing. 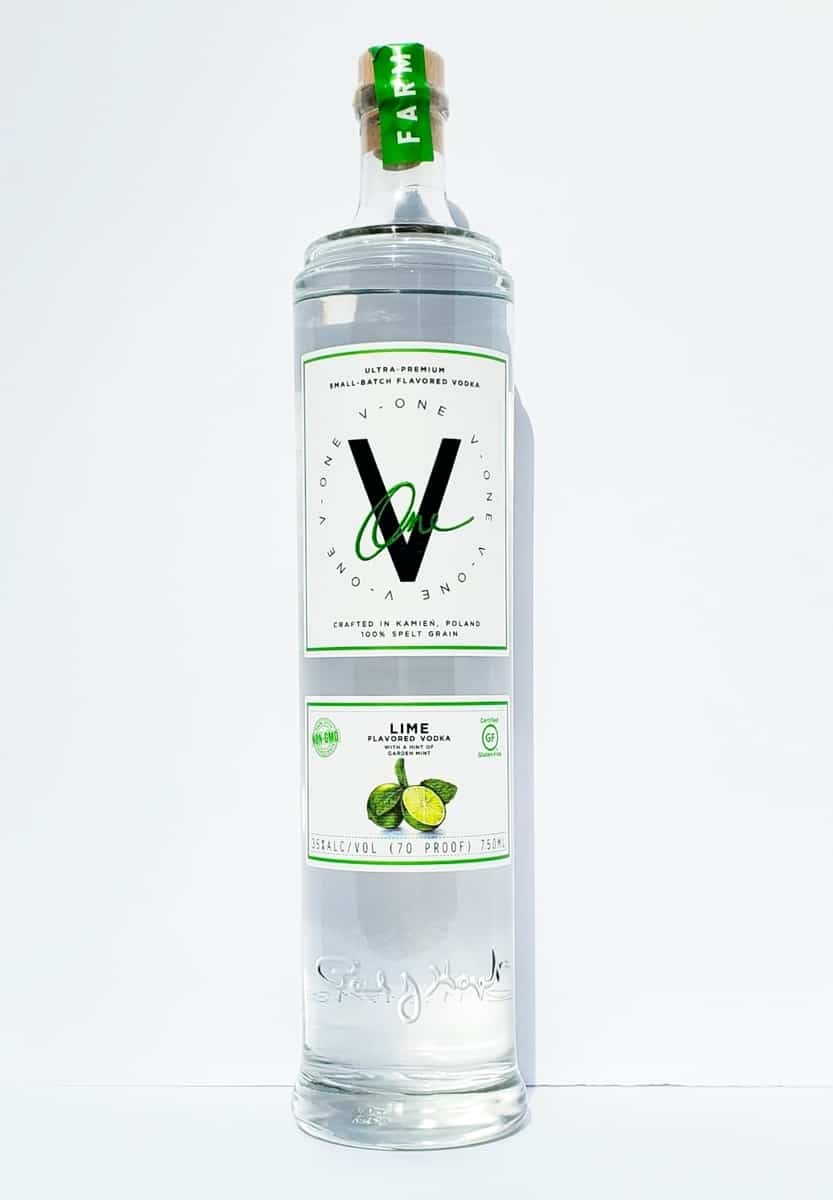 This vodka brand offers a great standard vodka along with a few other flavored vodka expressions utilizing citrus and berries, however, the best V-One bottle is this cucumber expression.

Polish “ogórek” cucumbers are infused with 100% Spelt vodka and a hint of Meyer lemon to create a truly refreshing spirit that’s perfect for sipping chilled or for use in a premium vodka cocktail.

While less famous than other luxury vodka brands, you’ll find V-One is a worthy addition to your home bar. 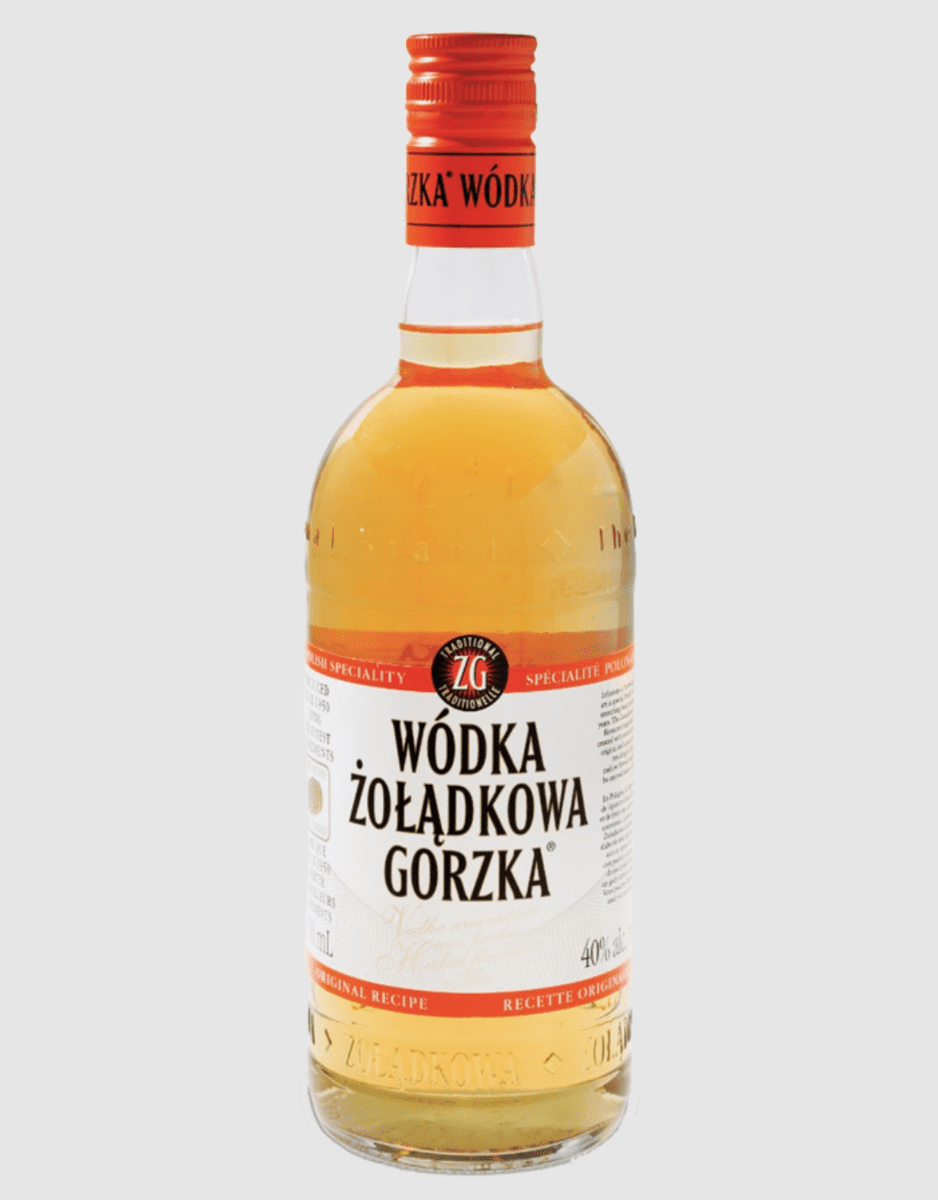 Zoladkowa Vodka is inspired by nalewkas, the Polish method of steeping herbs in alcohol, and is crafted following a 19th-century traditional recipe.

Unlike other Polish vodkas on this list Zoladkowa is meant to have the herbal taste come through on the palate – much like a quality botanical gin offers a range of flavor snippets.

Zoladkowa is a flavorsome vodka meant for enjoyment by itself, and I would highly recommend it to the vodka lover looking for a unique, regional traditional recipe with characteristics that differ from clean, neutral versions of the spirit. 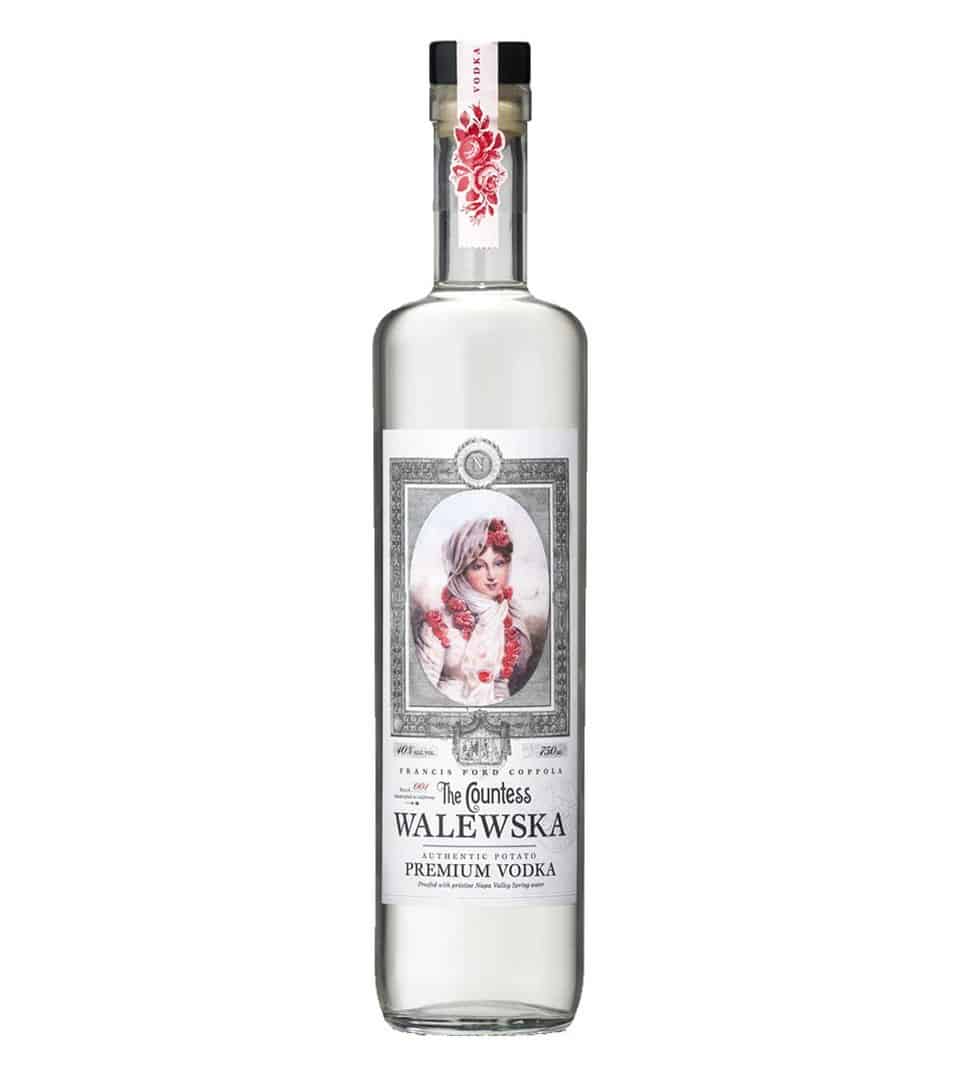 While not technically a Polish vodka – the water is distilled in the Napa Valley – The Countess is very much a Polish-inspired spirit.

The Countess Walewska is part of a larger collection of spirits called Great Women Spirits by Francis Ford Coppola, which honors individual accomplishments and tells the stories of women throughout history.

Countess Walewska is one of history’s great symbols of purity and loyalty. Known for her beauty and intellect, she was a fervent Polish patriot, who at one point had the ear of Napoleon.

If you’re after a crisp, clean-tasting vodka with little ethanol carry-over that comes with the potential for tremendous stories, then try The Countess Walewska. 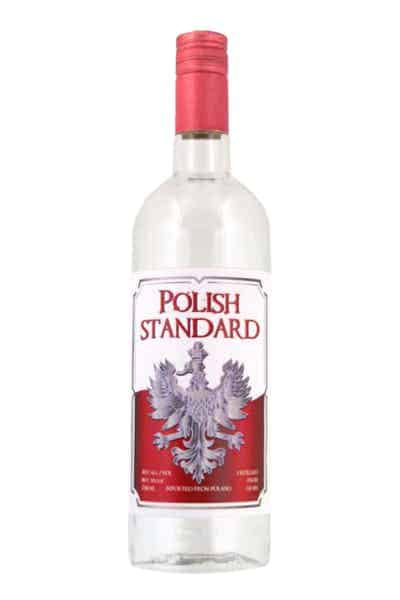 Much like its Eastern counterpart, Russian Standard, Polish Standard is a vodka brand made for simplicity.

It’s a clean, neutral-tasting spirit that appeals to Polish pride in their most popular traditional spirit, eschewing bells and whistles in favor of grain to glass “rough luxury.”

There’s nothing fancy about Polish Standard vodka. It’s inexpensive and extremely useful for bolstering all types of cocktails. Whether a vodka martini or a tray full of shooters, you’ll get great value! 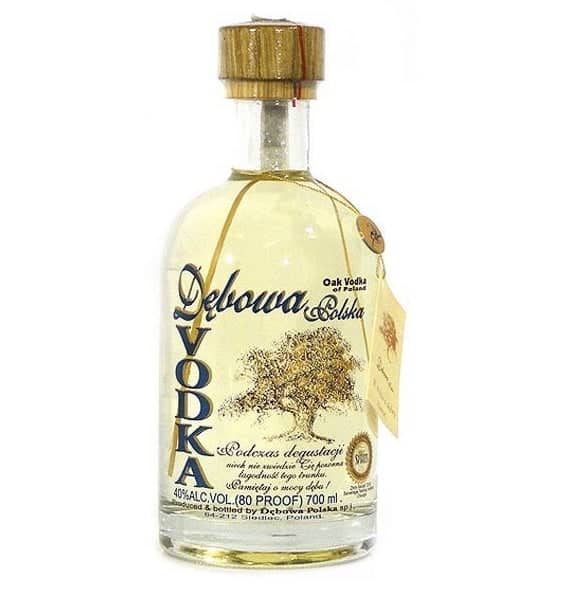 Oak vodka is a new one for me but it did impress my whiskey palate. Debowa Polska Vodka is the most expensive vodka on this list, but it’s also arguably the most interesting.

Debowa is a premium vodka distilled using elderflower and oak wood to create a vodka that hovers between herbal vodka and flavored vodka.

There are strong whiskey-like wood notes along with pepper and spice, with the elderflower giving the liquid a tasty sweet addition that helps balance the wood.

Debowa Polska Vodka is a bottle you keep on the top shelf for evenings where entertaining and storytelling take over. 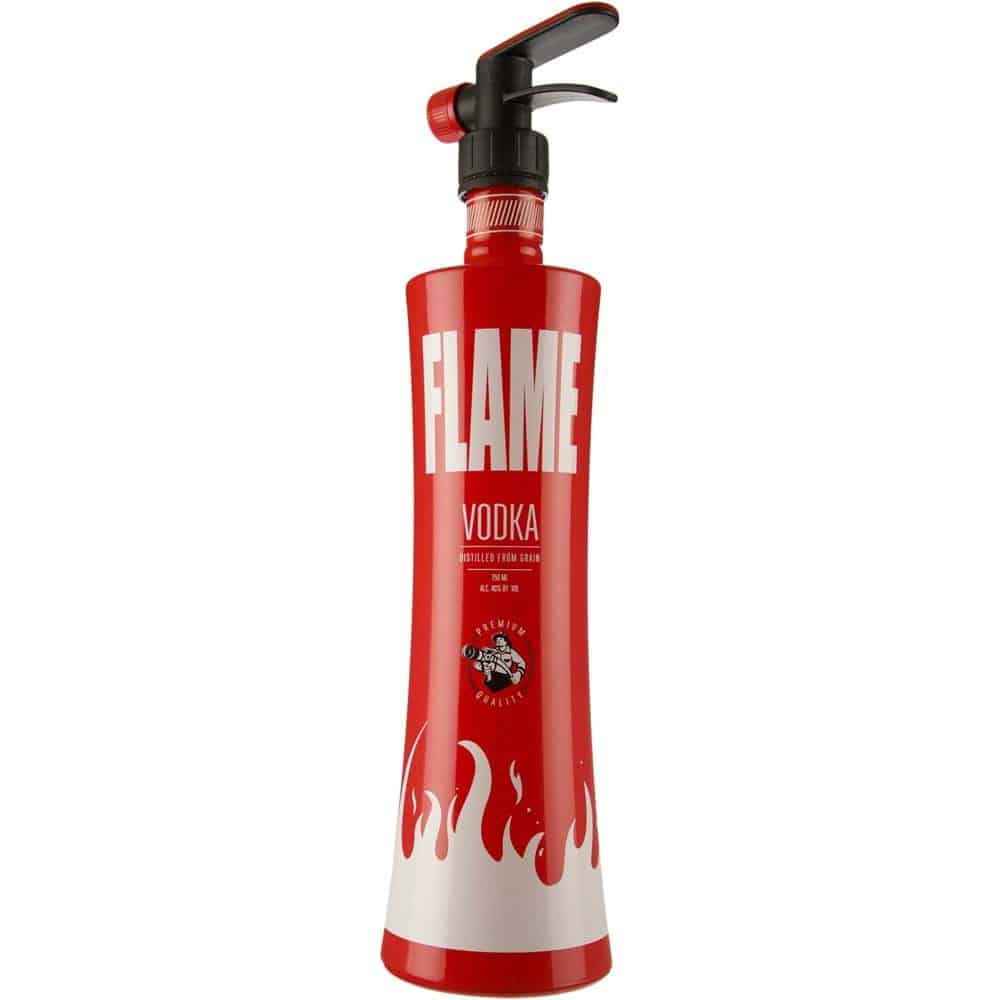 Have you ever drank vodka from a bright red bottle that looks exactly like a fire extinguisher?

If the answer to that question is no, then I would highly recommend Flame Vodka. And to be honest, even if the answer is yes, I’d recommend trying this vodka brand.

Sure, it’s a crisp and interesting vodka made using a traditional Polish vodka recipe, but that doesn’t really matter too much when it’s housed in such provocative packaging.

Sometimes you have to enjoy a bit of mischief! 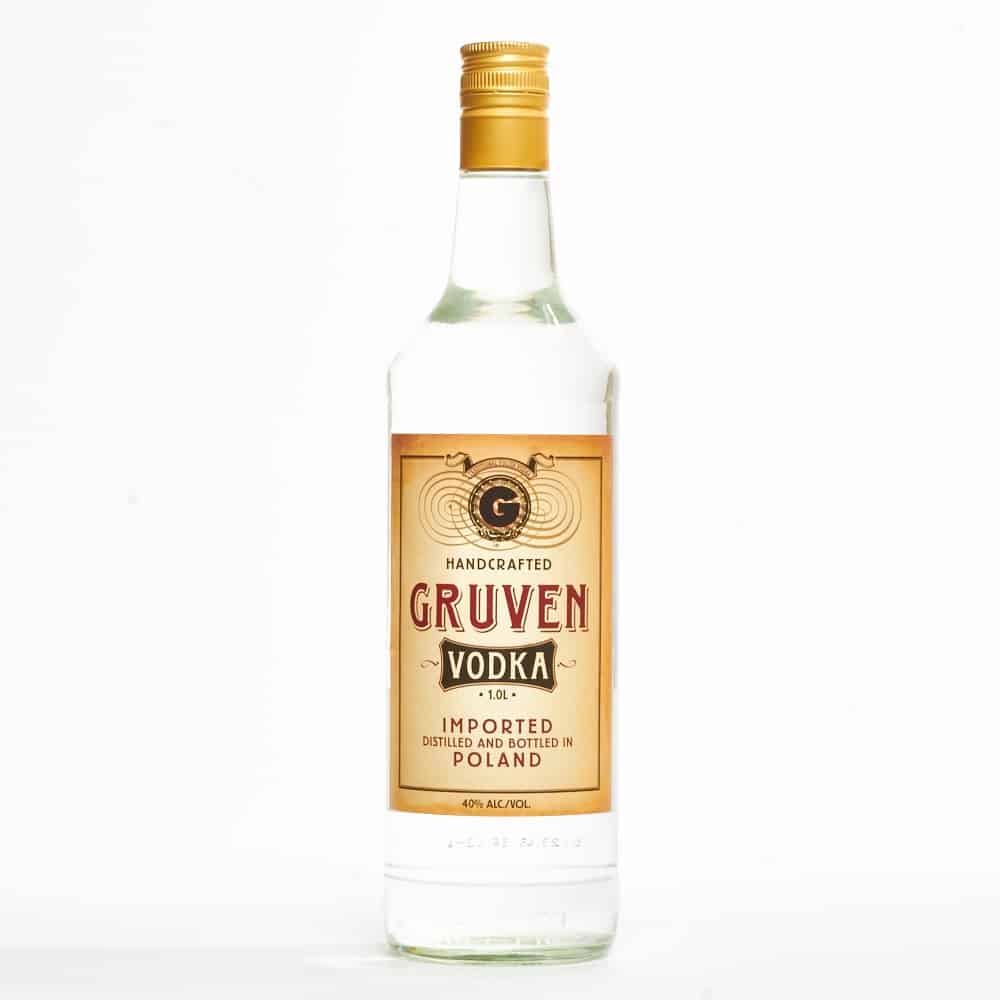 The running theme with the best Polish vodka brands is that you can get extremely enjoyable bottles at very cheap prices.

Gruven Vodka is another in this style of neutral spirit – well made but inexpensive. This handcrafted vodka uses both Polish rye and wheat in its recipe.

See more about - The 10 Best Vodka Brands For Cocktails