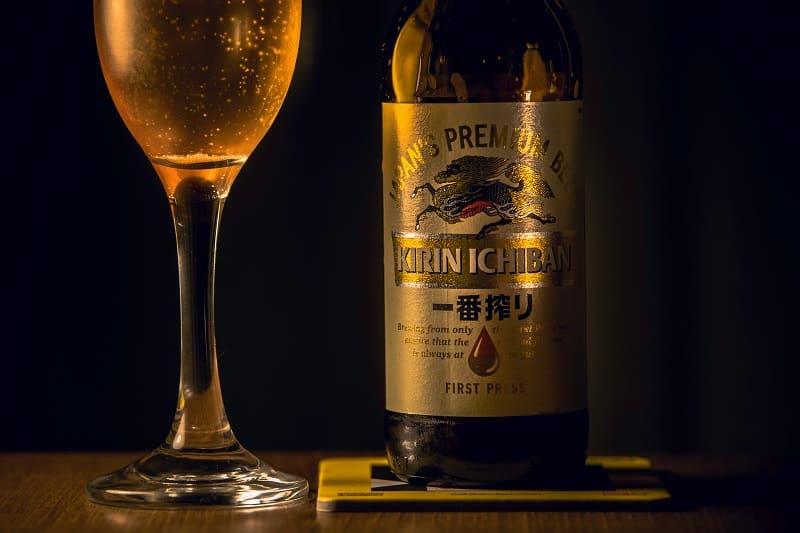 Much like the popularity of Japanese whisky, beer brewing in Japan is a serious pastime. Big Japanese beer brands are popular for easy drinking. Most of their commercial lagers are around 5% Alcohol By Volume (ABV) and are quality-made products crafted from barley, malt, and even rice. Their flagship regular beer market has been joined in recent years by a growing Japanese craft beer scene.

Once upon a time, I spent nearly two years living and working just outside the city of Yokohama, Japan. I got to know the Japanese passion for quality beer brewing, including a trip to Tokyo’s Beer Museum and extensive nights spent in the company of my teacher friends knocking back every type of beer – on tap, in bottles, and cans.

Much like the distillation of other Japanese alcohol (think whisky and sake) versatility and efficiency, detail, and technical and quality assurance are mainstays of the Japanese beer style.

The following collection of beers detail excellent offerings for the beer enthusiast, some familiar and others you may not be aware of. All are well worth sampling, just make sure to drink responsibly. 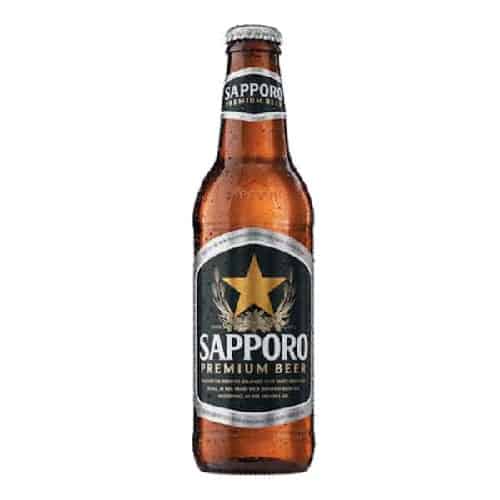 For mine, Sapporo Beer is the best Japanese beer brand (just edging Asahi and Kirin), and a lager I continue to drink when the opportunity arises. The Sapporo Brewery, located on the snowy northern Isle of Hokkaido, is the oldest in Japan and a great place to visit when touring or skiing (they also have the world’s best pork).

In U.S. terms the gold star Sapporo Beer is a light pale lager, with a nice aroma of hops that feels clean and refreshing on your palate. It’s also a great accompaniment for a range of foods, but especially supporting spicy bites like Mexican, Indian, and Thai cuisine.

It doesn’t matter where you are or what you’re doing, if you reach for an ice beer and pull out the Silver Bullet Sapporo canned beer, make sure you crack that tin because you won’t be disappointed. 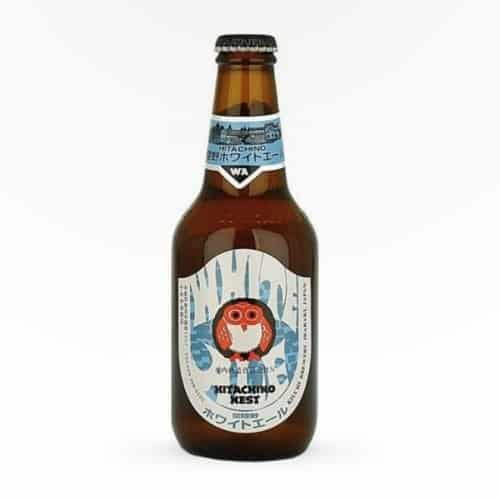 Up until 1994, Japan had a strict alcohol tax law that only four large breweries were allowed to brew beers – Sapporo, Suntory, Kirin, and Asahi. The law was then relaxed allowing smaller breweries to brew beers in 1994, and since making its first batch of beer in 1996, Hitachino Nest Beer company has become the poster child for Japanese craft beer. The Hitachino White Ale is brewed with wheat malt, bottled at 5.5% ABV, and flavored with coriander, orange peel, and nutmeg, in the traditional Belgian style.

If white ale is not your thing, Hitachino Nest Beer has a vast playbook of beers, which includes an espresso dry stout, classic lager, wheat beer, Saison, and even a bottle called Nipponia, using traditional Japanese barley and hops. The former sake distiller is a seriously smooth craft beer creator to suit every genuine beer lover. 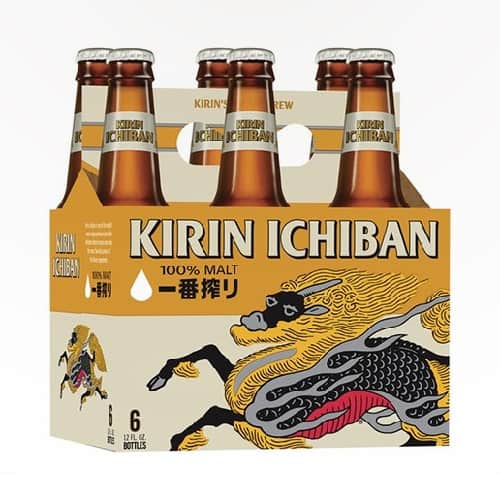 Ichiban means first and best in Japanese. A 100% premium malt beer, Kirin Ichiban Shibori is a smooth full-bodied pale lager beer from start to finish, with a sweet and flavorful taste backed by a nice pop of hops on the finish.

The Ichiban Shibori brewing technique means this version of Kirin beer is made from a single first pressing of the ingredients. It’s best served well chilled straight from the fridge and is a great example of Japan brewing’s commitment to doing things with precision and style. 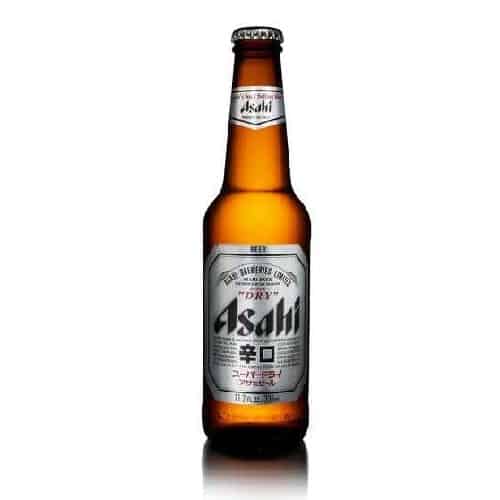 Asahi Super Dry is a great drinking beer – it’s so smooth tasting that you can knock over a six-pack and feel better than you deserve the next day. Asahi Super Dry, the most popular Japanese beer brand, is a rich and full-bodied beer in the Japanese style. Using pure cultured yeast and advanced brewing techniques makes for a great experience.

Asahi Beer is a top-selling and crisp-tasting alcoholic drink to enjoy with seafood and/or spicy food. There are also four Asahi Brewery options to visit if you are in Japan and touring at any time. 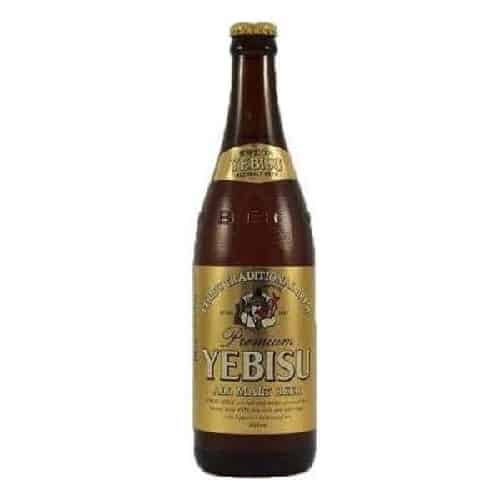 Yebisu (Ebisu) is one of the “Seven Gods of Luck” in Japanese mythology – the patron of fishermen and tradesmen. He is depicted as a fat, bearded, smiling fisherman often carrying a rod in one hand and a Tai (the red snapper) in the other. His likeness graces the labels of Yebisu beer.

The Yebisu brand – brewers under the same tenets as the German Beer Purity Law – is based on the Jolly God and is owned by Sapporo. It’s marketed as a premium range using top-quality ingredients sourced only from Sapporo farms. It is more expensive than the iconic star brand but well worth drinking, especially the core gold canned beer/label.

I got to drink some kickass Yebisu beer samples back in the day when visiting the Tokyo Beer Museum, I even had time for their Premium Black Beer. If you ever get the chance, give the museum a visit (and grab a tasting paddle or two) as it’s a brilliant glimpse into Japanese brewing. 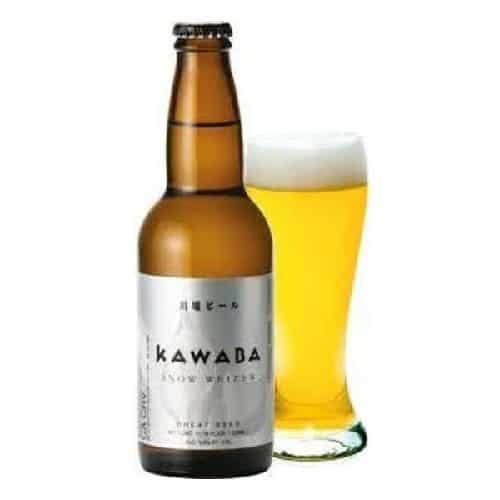 A refreshing and smooth wheat beer and rye brew that’s ideal for enjoying with light meals or sharing plates at an Izakaya style bar. The Snow Weizen starts subtly on the palate, developing into a Weizen with a sweet, slightly citrus finish balancing the malt, reminiscent of the classic German beer. It’s clean and easy to drink – a hallmark of Japanese beer – that won’t dazzle you with strong flavor but is plenty enjoyable in the glass. 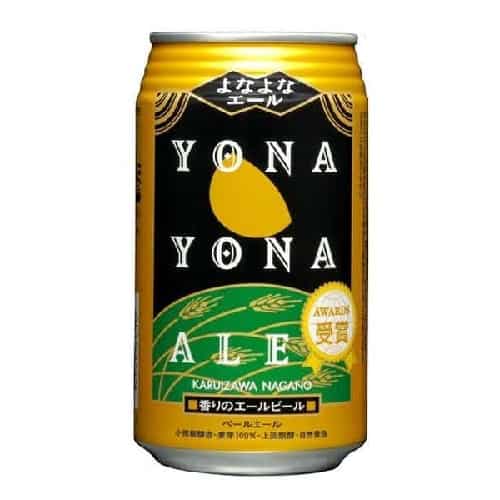 An American-style pale ale brewed in Nagano, Japan, by Yo Ho Brewing, the Yona Yona is much lighter than an IPA. The beer is a clear gold color that opens up fruity with overtones of banana, butterscotch, copper, and the bitterness of hops aroma. There’s a mild bitterness, but the beer has a crisp feel and silky notes.

It’s an easy-to-drink and inoffensive craft beer made with attention to detail that’s a big step away from traditional Japanese beer brewing. It’s a great step in the nation producing craft beer bangers along the lines of the USA. 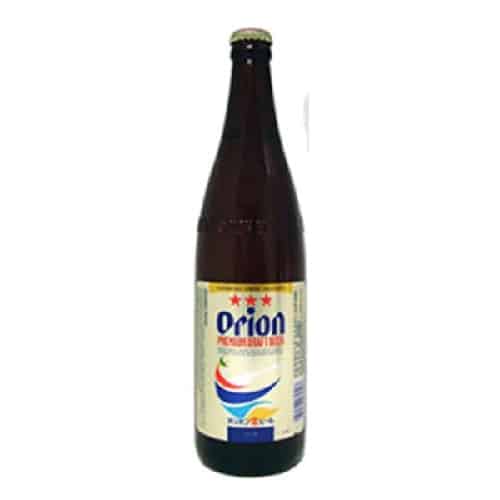 Described as “the beer of beers,” Orion Draft is the quintessential Okinawan beer (which I’m sure is popular with fans of Karate Kid II) from the fifth-largest brewery in Japan. It’s light, refreshing, and brilliant when paired with food – a clean-tasting brew emblematic of Okinawa’s tropical, coastal climate. Being a draft beer, Orion is unpasteurized, or “nama” in Japanese.

Underneath high carbonation is a malt profile and soft texture. Like many of the large breweries, the Orion Beer is a simple, clean, and tasty alcoholic drink that is light and fruity with banana, lemon peel, and a hint of Island flowers. 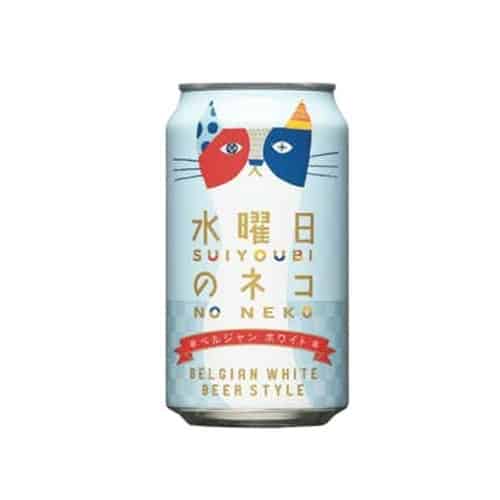 Another brilliant Japanese craft brew, “Wednesday Cat” translates to Suiyoubi no Neko in Japanese. Wednesday Cat is brewed in the Belgian white ale style, delivering a fluffy fruit character of banana and citrus, with the brightness of Belgian yeast.

It’s a brilliant summer beer – refreshing and flavorsome for the often oppressive humidity of Japan. It’s the perfect beer to enjoy with sashimi, sushi, or Okonomiyaki (the delicious Japanese savory pancakes). 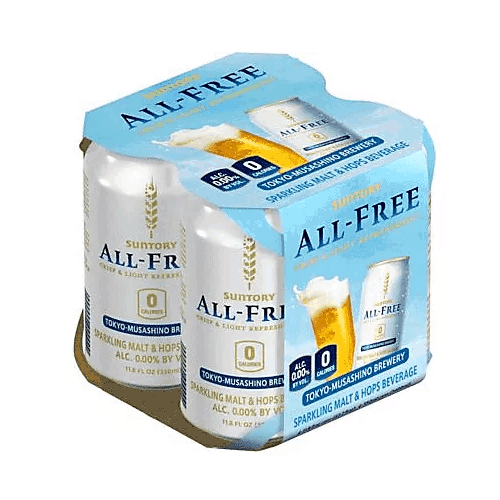 Suntory is better known for its amazing blended Japanese whisky brands, such as the Yamazaki and Hibiki labels. However, they make a range of popular malt beer varieties too. The Suntory All Free is described as a malt and hops beer-like beverage line – a beer in everything but name and alcohol content.

The All Free production method removes the fermentation process entirely to deliver their beer-like beverages with 0 calories and 0.00% alcohol, containing no sugar nor any artificial sweetener or flavors. It’s crisp, light, and refreshing; a great option for those looking to change up their lifestyle drink options or aiming for tasty no booze cans.

Is beer popular in Japan?

Yes, beer is now the most popular alcoholic drink in Japan. While distilling or fermenting whisky, sake, and shochu is considered a more Japanese pursuit, the influence of Western tastes since WWII has resulted in a dedicated, highly professional beer culture. The Japanese palate favors versatility, like easy-drinking lager or pilsner, and fruity flavored, inoffensive European styles such as Belgian Ale and Hefeweizen.

Which Japanese beer is the most popular?

The most popular selling domestic Japanese beer company is Asahi Super Dry beer. Think of them as the Bud Light or Stella Artois of Japan. Other popular big brewers are Sapporo (who also own the premium Yebisu brand) Suntory and Kirin. The fifth highest-selling domestic beer, Orion, comes from Okinawa and is arguably the most interesting draft beer available internationally.

Is craft beer popular in Japan?

The craft beer bar is growing in Japan but lags behind larger markets in North America, Australia, and mainland Europe. For the most part, Japanese craft beer goes for pale ale and mild strength Belgian Ales, however, they are starting to invest more in IPA beer, brown ale, and darker, stronger flavors found more often in imported beers. Smaller operators, such as traditional sake and shochu breweries, are putting money into craft beer options with typical Japanese fervor.