Star Wars is iconic for its contributions to pop culture and social trends, and Chewbacca might be one of the most valuable. He is a perfect symbol of devotion, friendship, and determination.

Chewbacca is the tall, hairy, and slightly jealous best friend of Han Solo, the Captain of the Millennium Falcon.

As soon as he appeared on screen when the original Star Wars: A New Hope hit theaters, the audience fell in love with the huggable giant puppy and his semi-ferocious howls. Years later, he is still a fan favorite, and people who truly love the big guy often depict his highly recognizable face as a piece of skin art.

Han Solo’s best friend also symbolizes a powerful ally, and definitely someone you’d want to have on your side in a fight. He’s strong enough to rip a droid’s arm off, and he’s a sharpshooter with his bowcaster. A Chewbacca tattoo might represent the strength and resilience within a person, as well as their loyalty and spirit. Chewbacca is known never to falter, and as a symbol for steadfast devotion, there is no equal.

There aren’t many tattoo subjects with such a personal meaning to each individual who has one. Chewbacca meant a lot of things to a lot of people, and that’s the true beauty of him. Despite not being human, he represents the best aspects that many people wish they had. 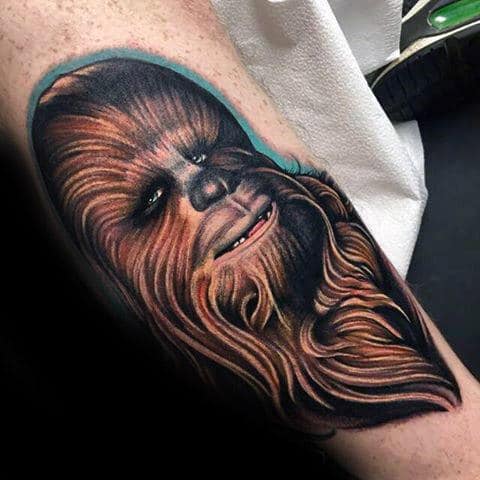 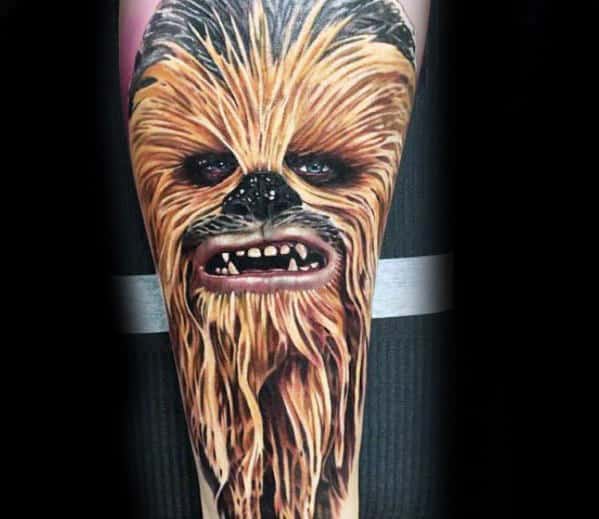 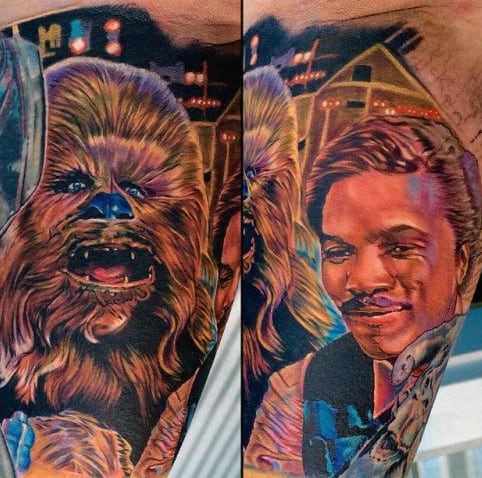 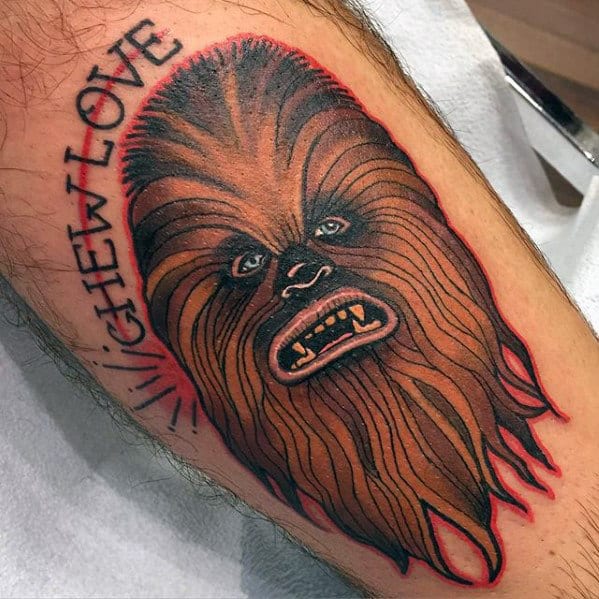 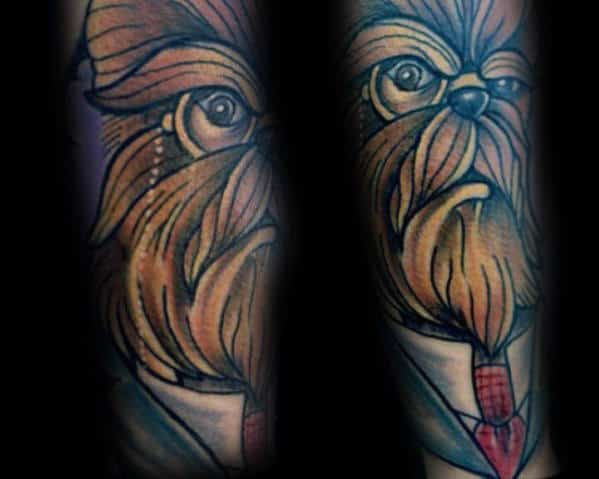 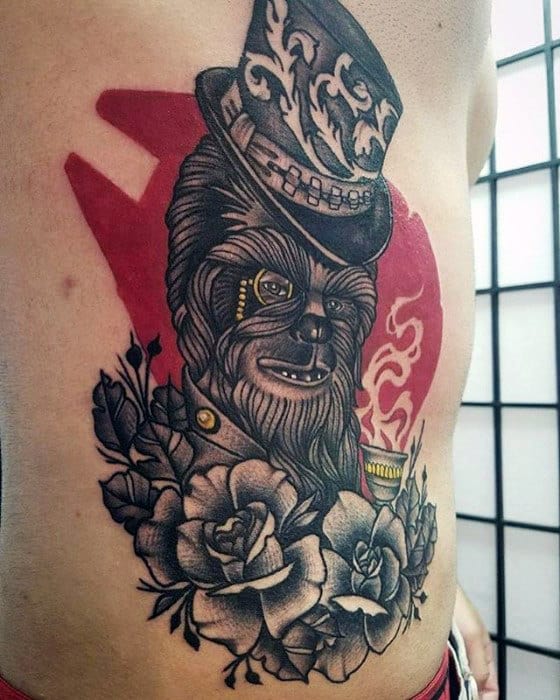 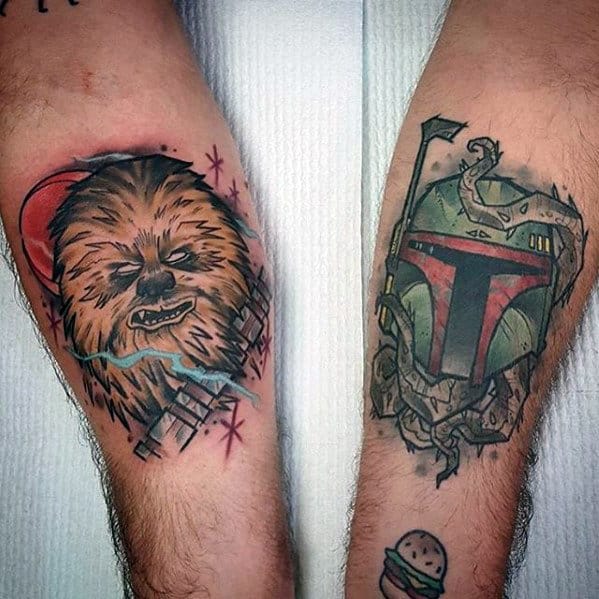 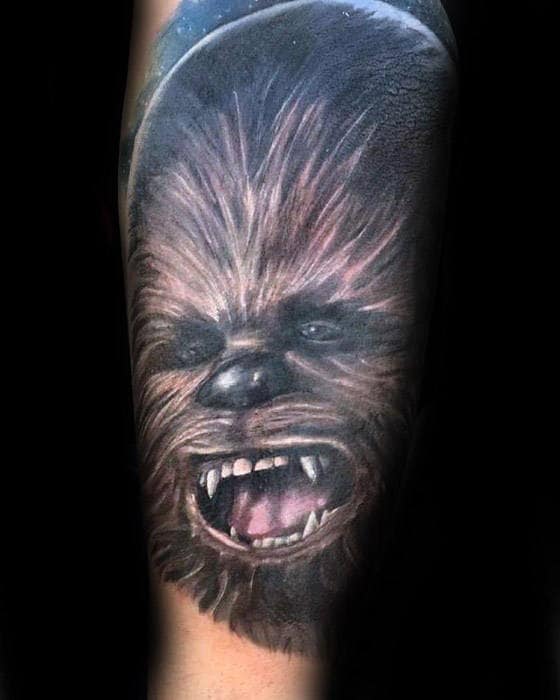 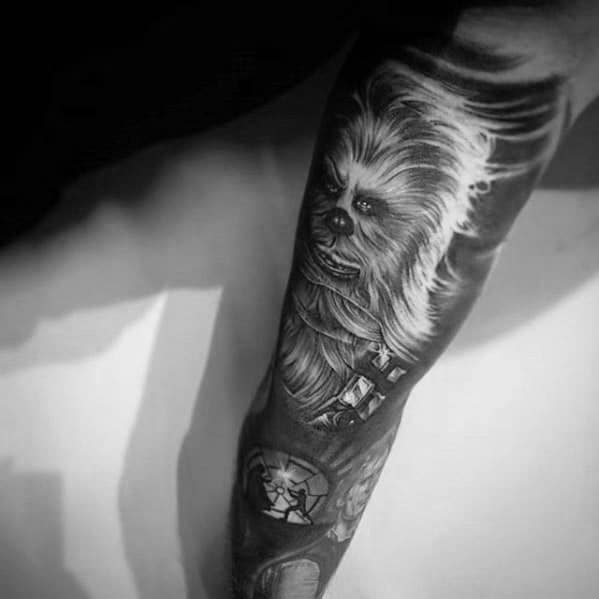 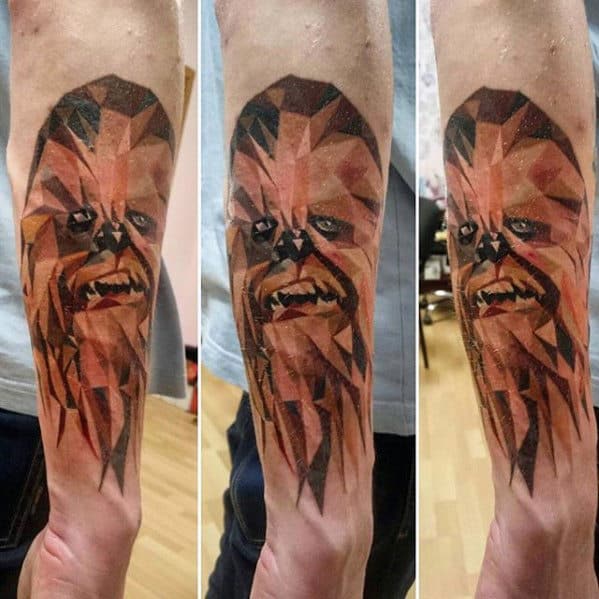 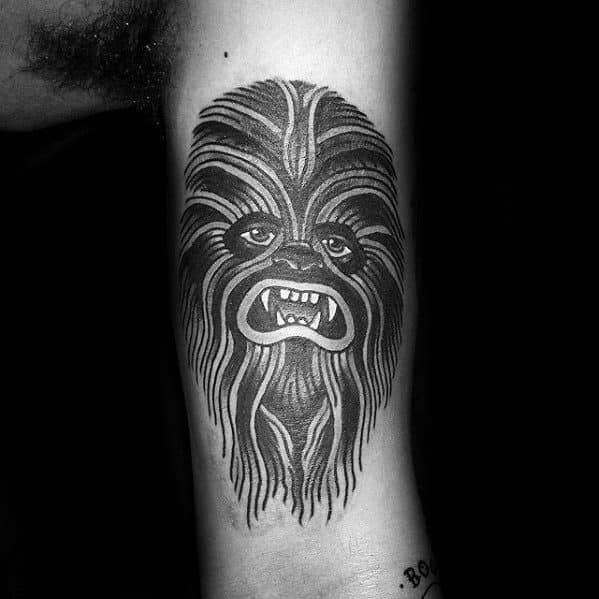 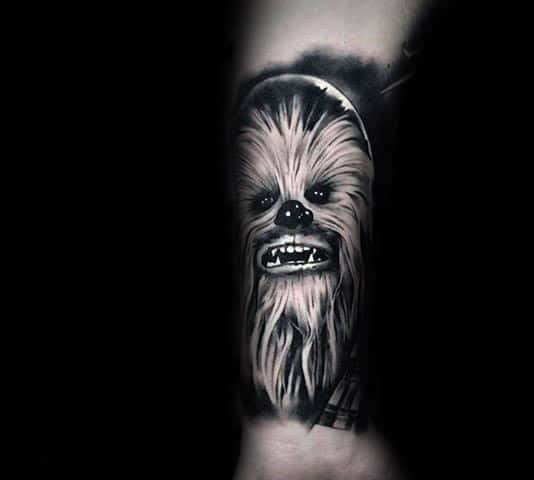 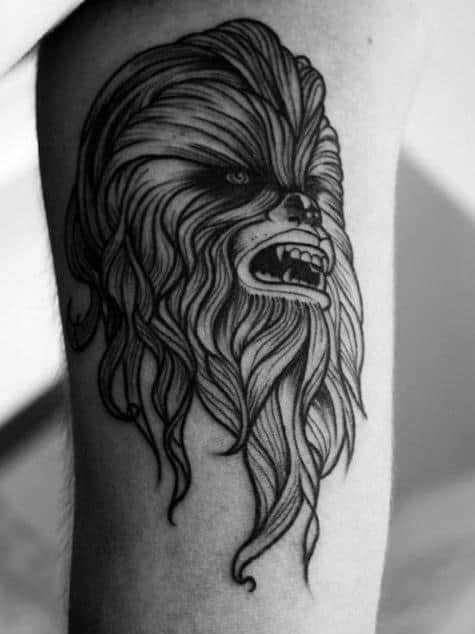 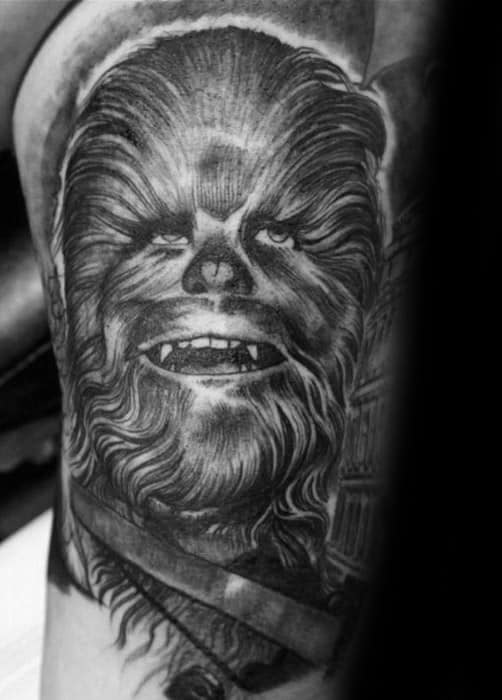 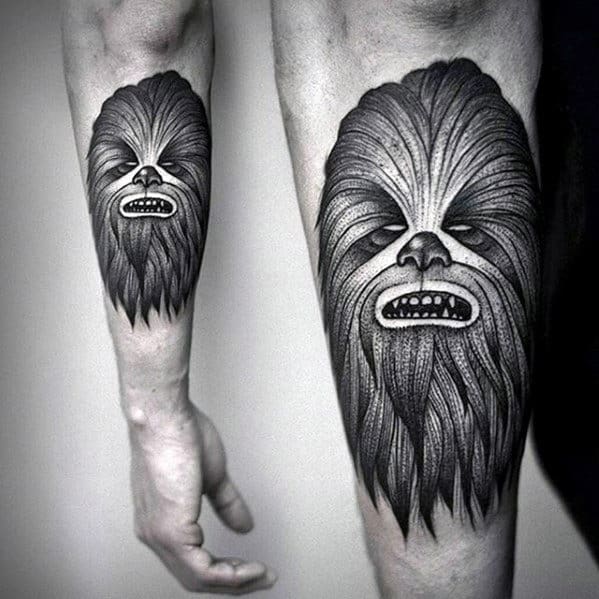 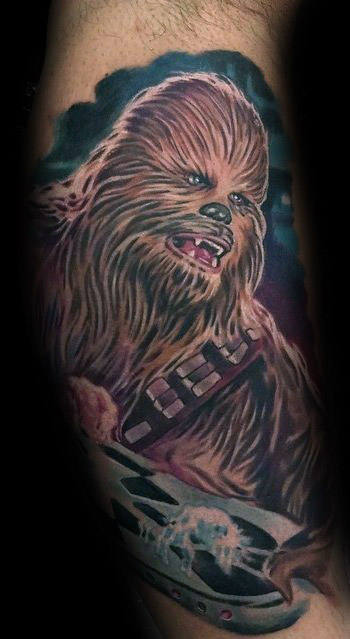 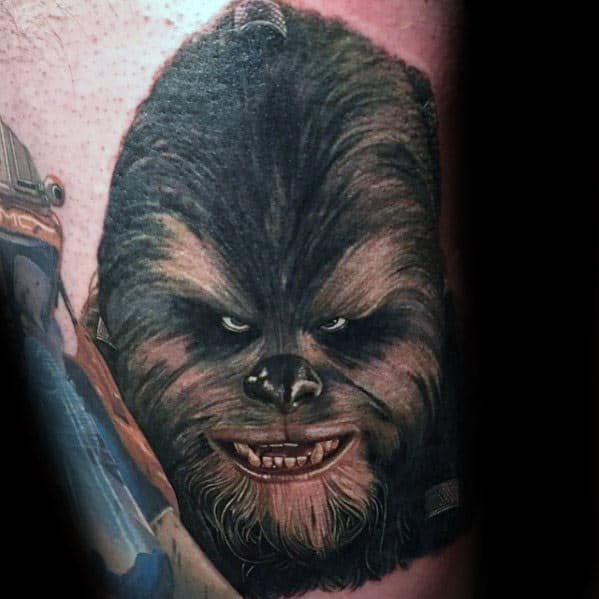 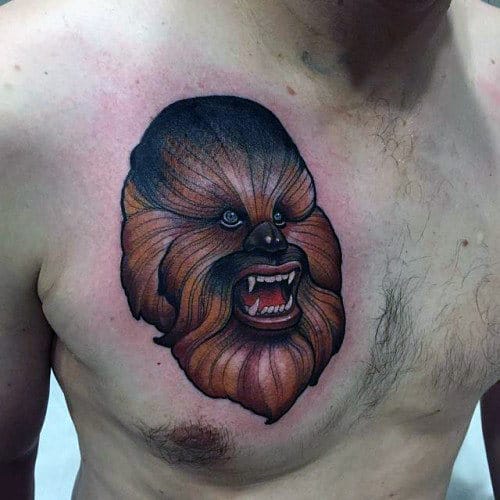 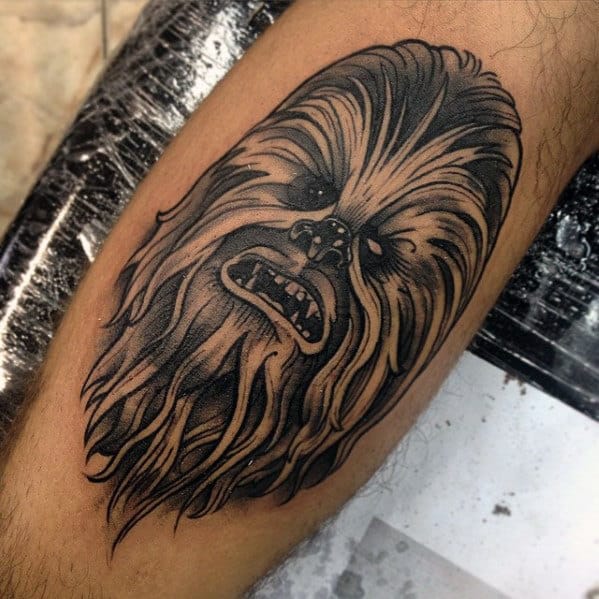 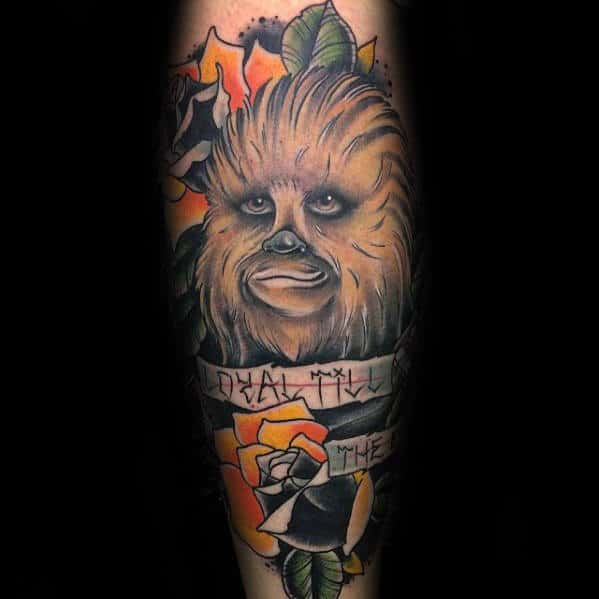 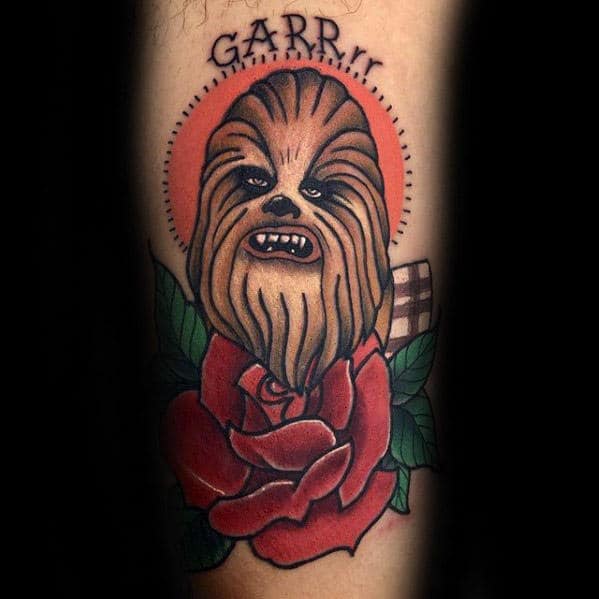 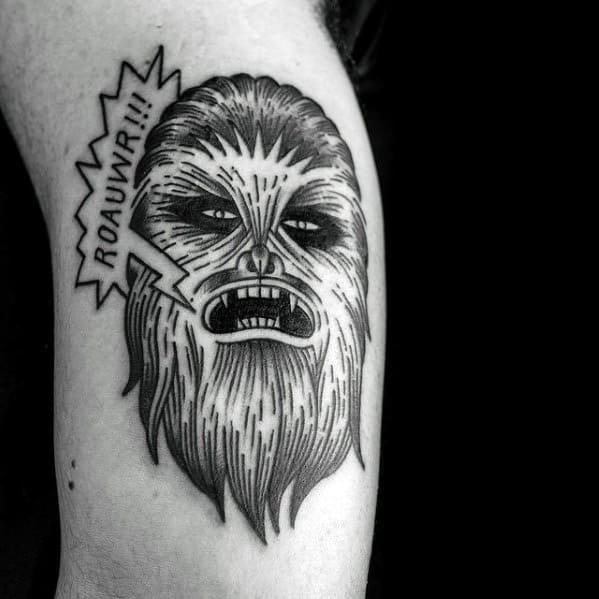 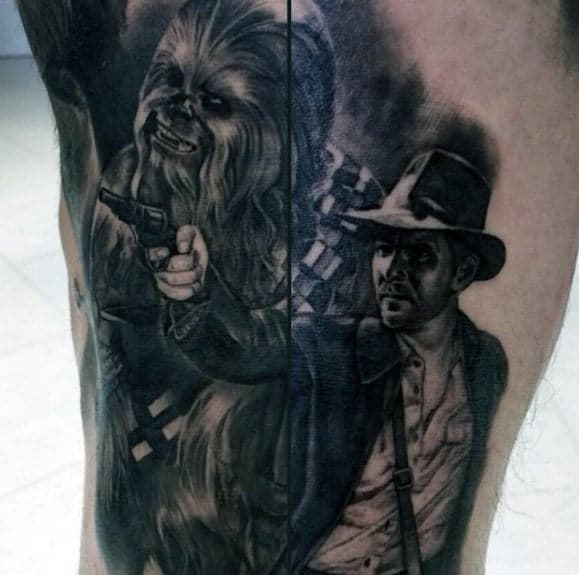 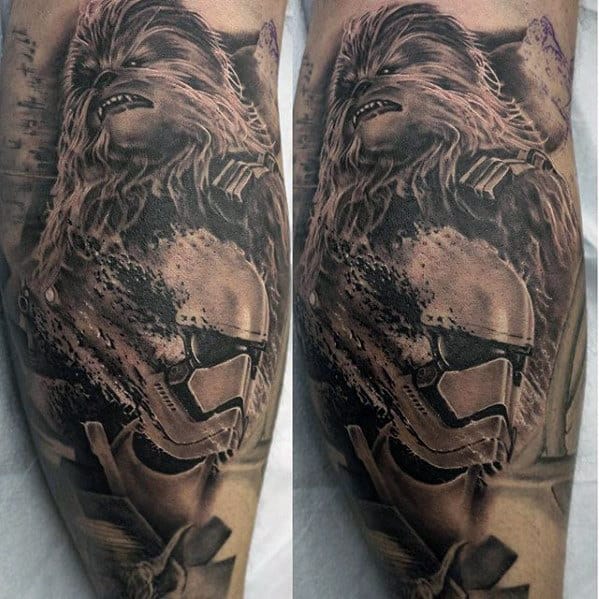 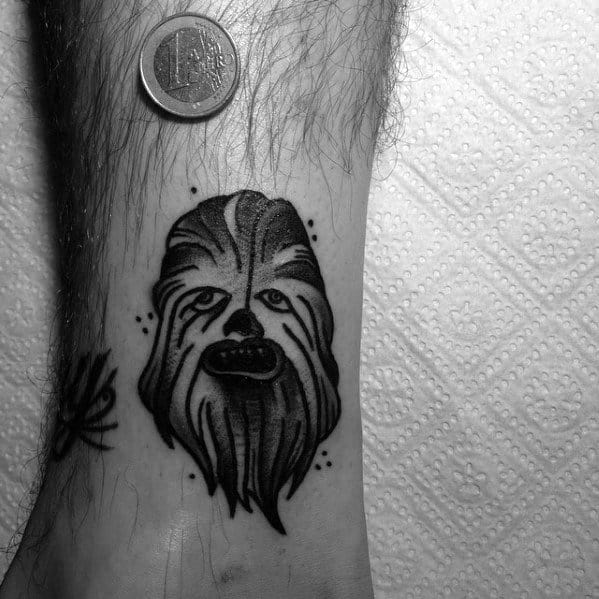 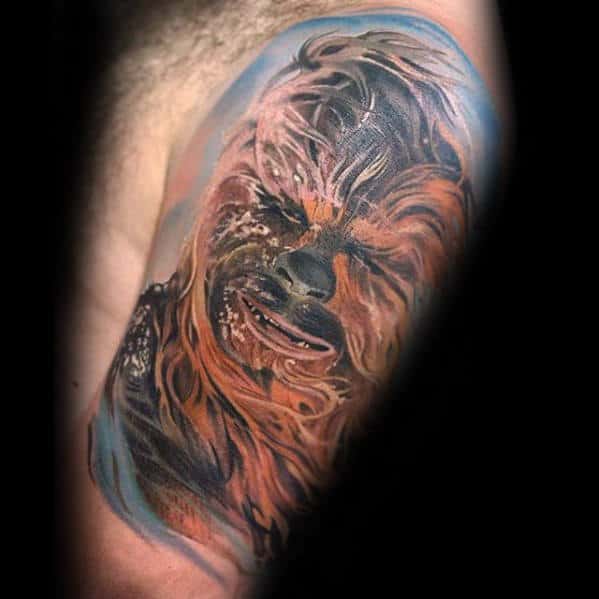