For the ink connoisseur, nothing makes a bolder statement than a beautifully inked rendition of a majestic and powerful dragon. From the fire-breathing and fierce, to the colorful and serene, these hot-blooded creatures are favorite images for those who have fierce and passionate natures.

Spiritual and tempestuous, these ancient reptilian beasts manifest themselves in a variety of striking images that transform into artisanal ink masterpieces.

Nothing enhances the shape and look of the human leg more than the image of a muscular and sinewy dragon sensuously traversing its expanse.

Dragons exist in many different contexts and spiritual planes, which lends to their universally appealing nature. Traversing the skies on glorious wings, with smoldering fire seething from its mouth and nostrils, the dragon emphasizes one’s inquisitive and courageous spirit. Earth-bound, but colorful and fierce in nature, this dragon defines the perseverance and enduring nature of its bearer.

Elements of classic dragon themes such as sigils and swords interwoven into the design scheme add to the overall dramatic effect of the leg art. Its dominant mastery of the earth and skies make the dragon brand a symbol of both courage and pride.

Compelling and dynamic, dragon ink speaks directly the soul of a man, fulfilling its innermost needs and desires while eliciting wide-spread praise from its copious admirers. 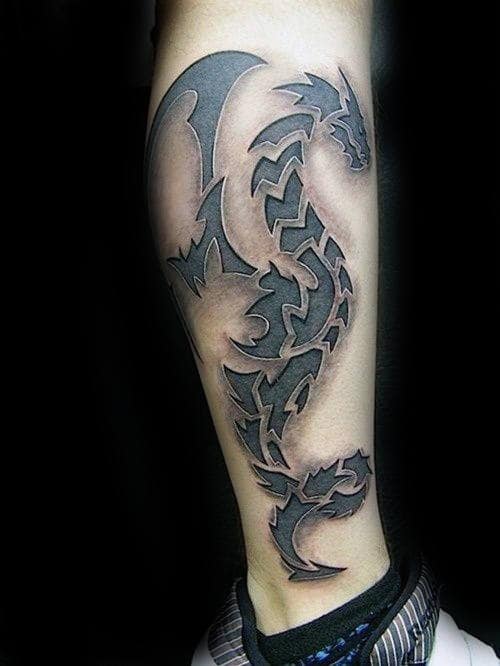 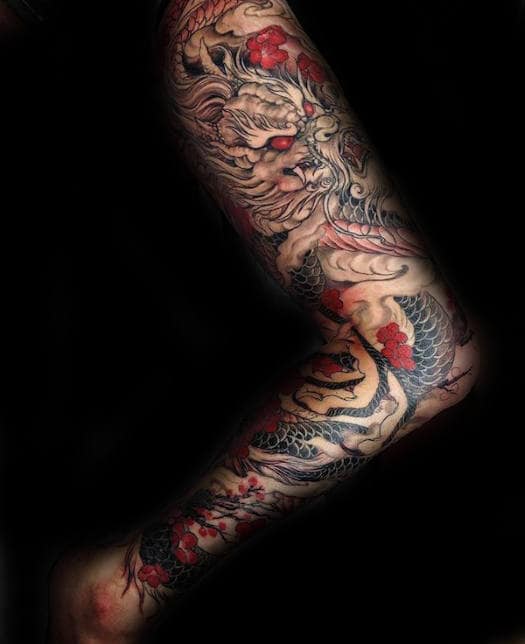 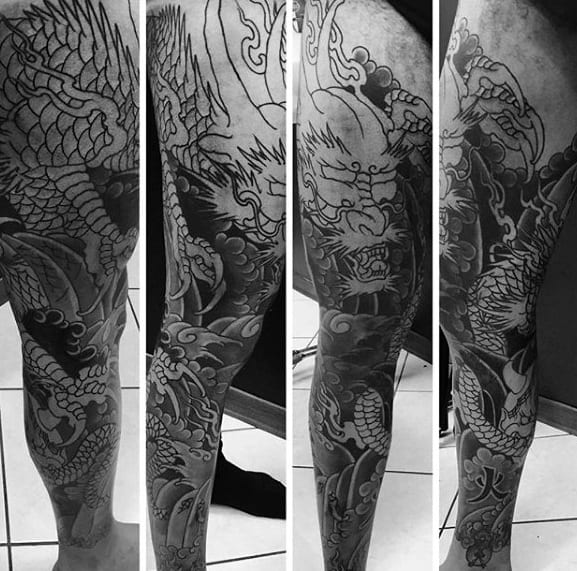 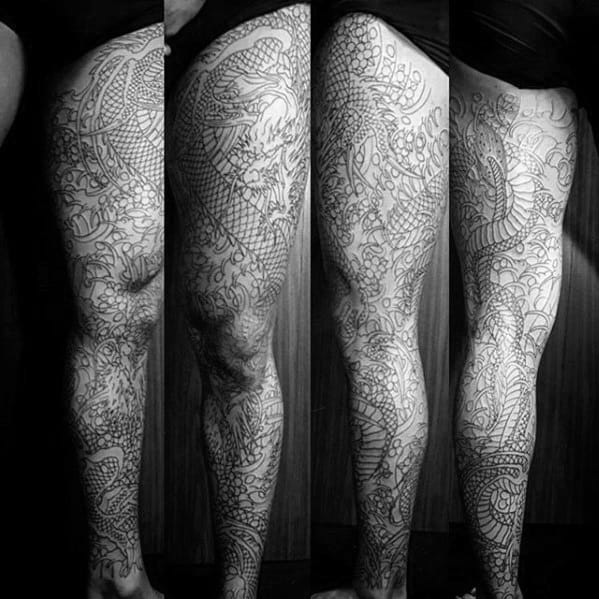 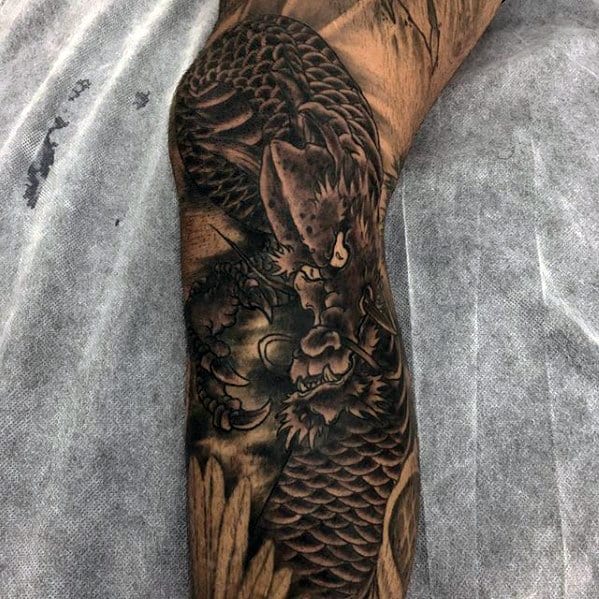 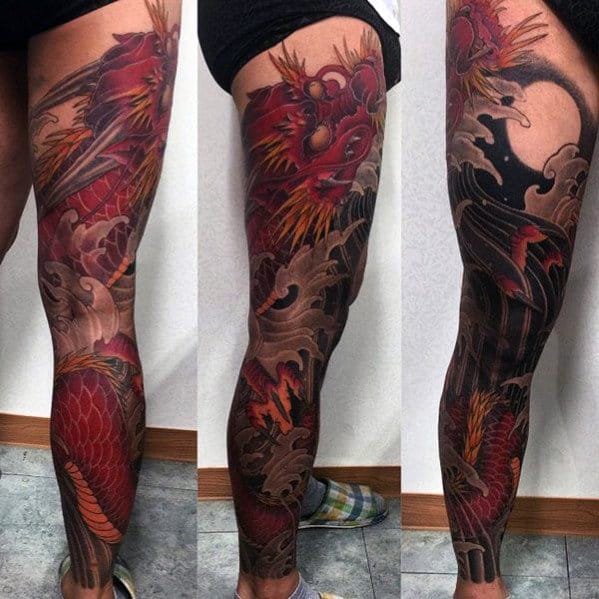 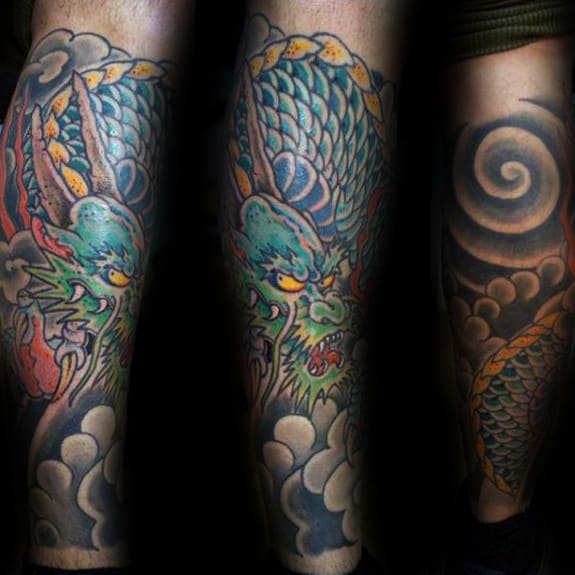 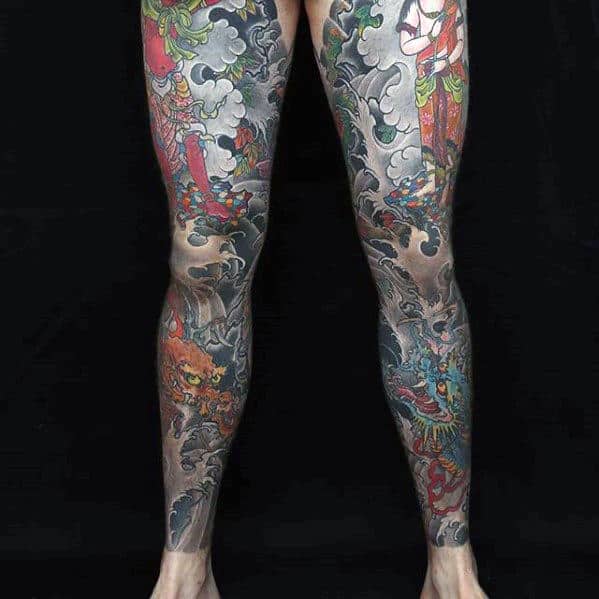 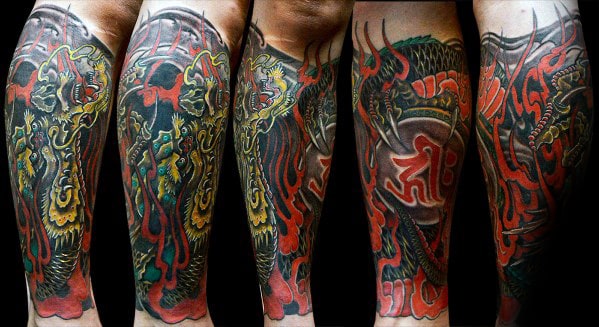 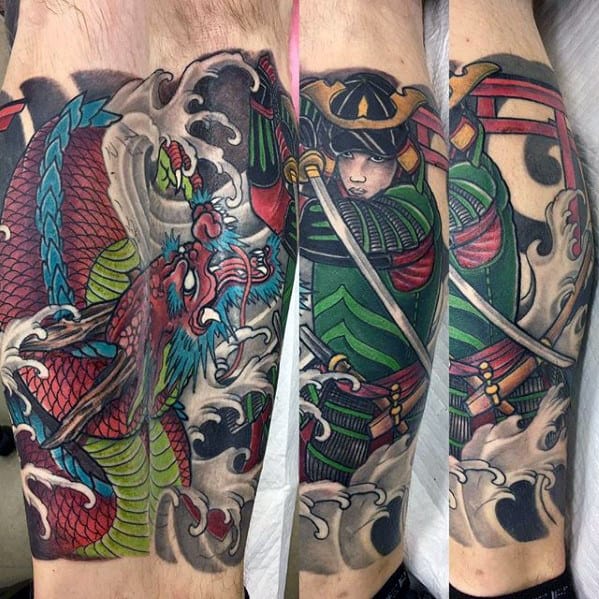 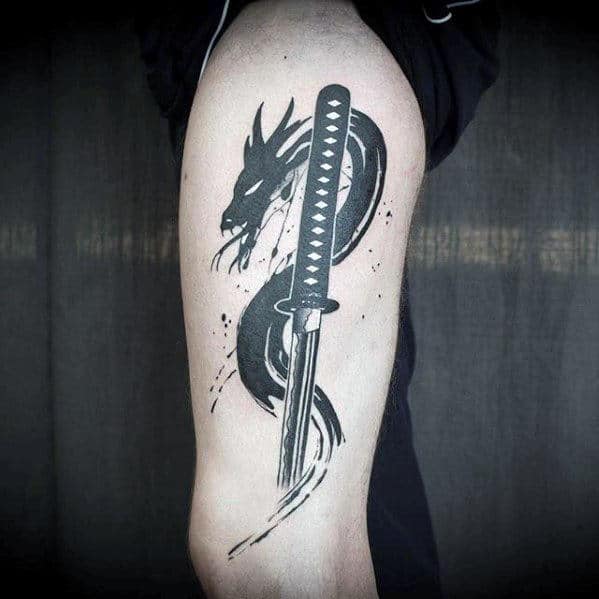 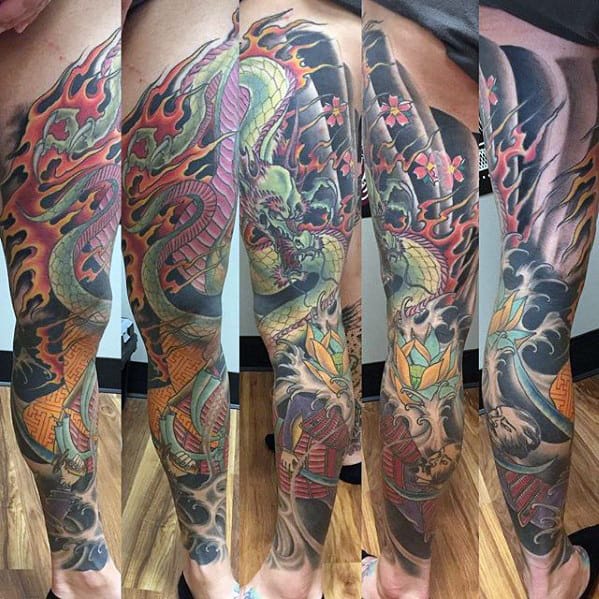 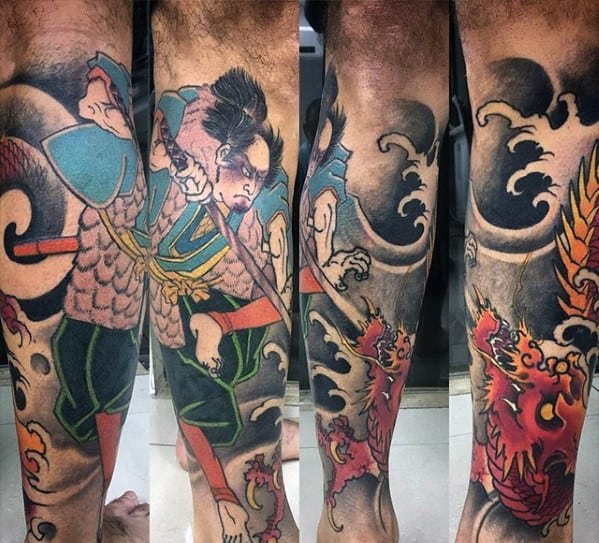 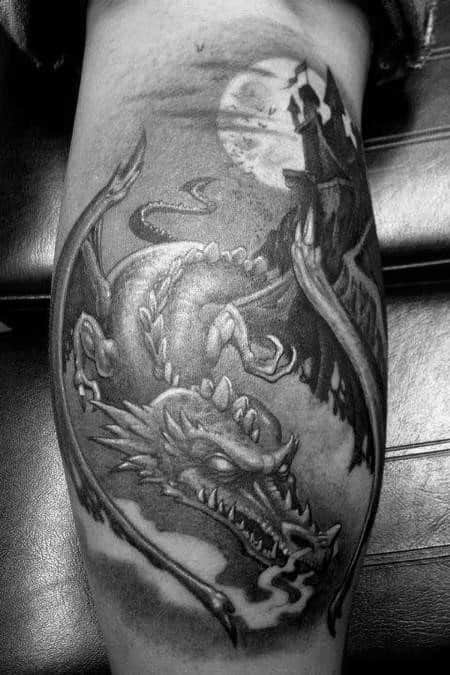 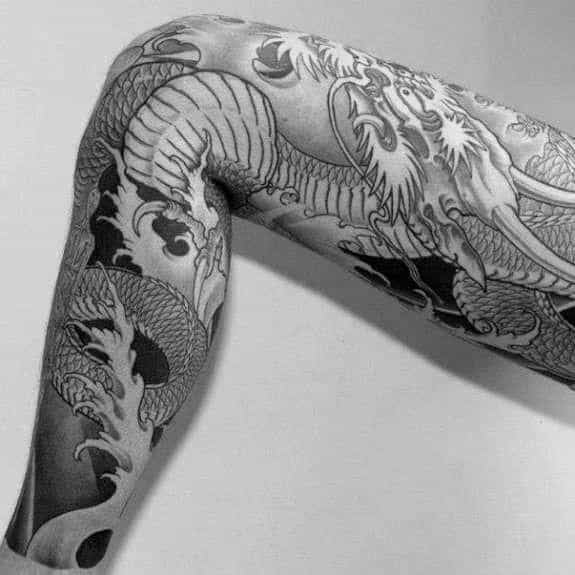 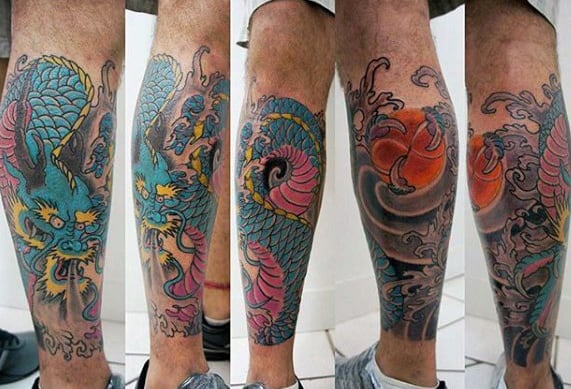 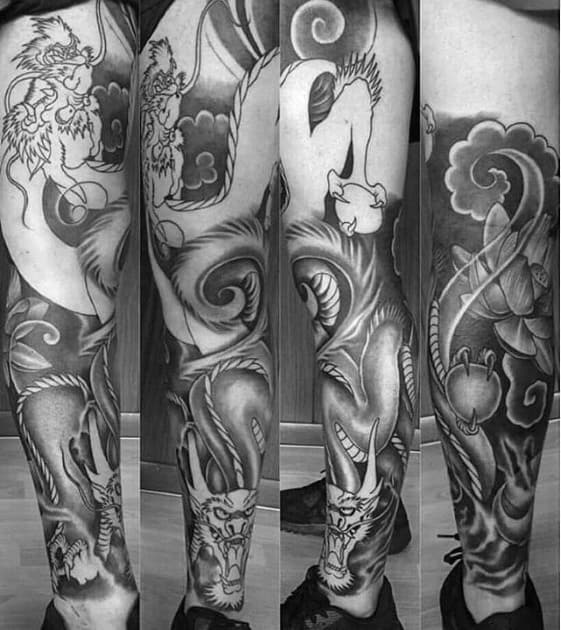 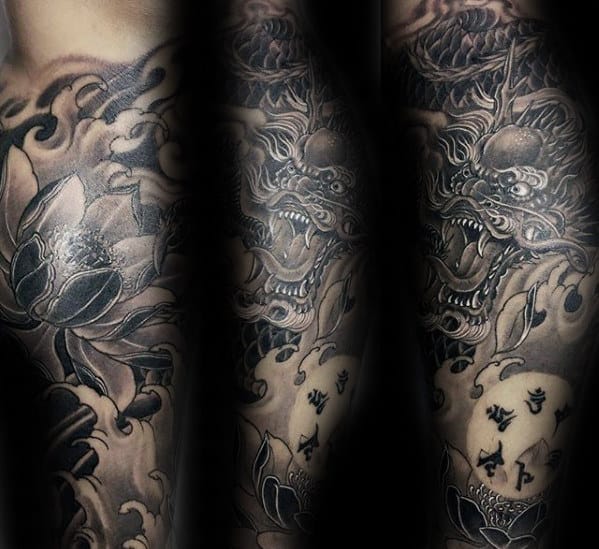 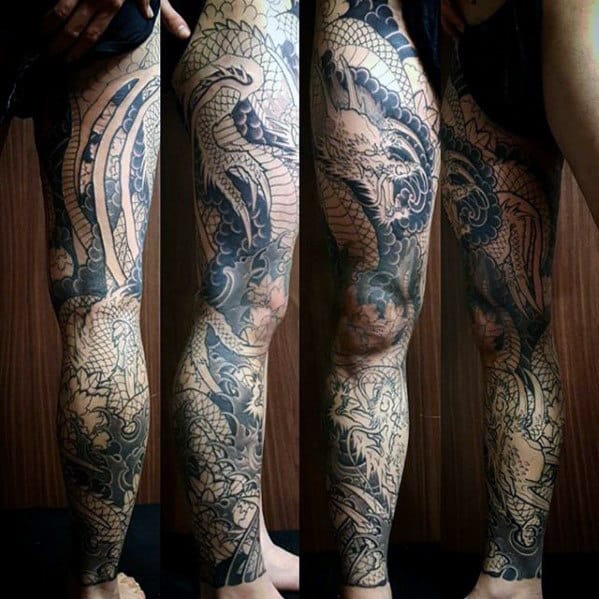 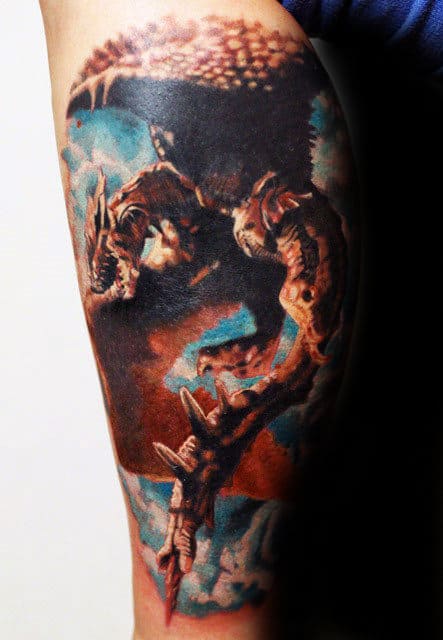 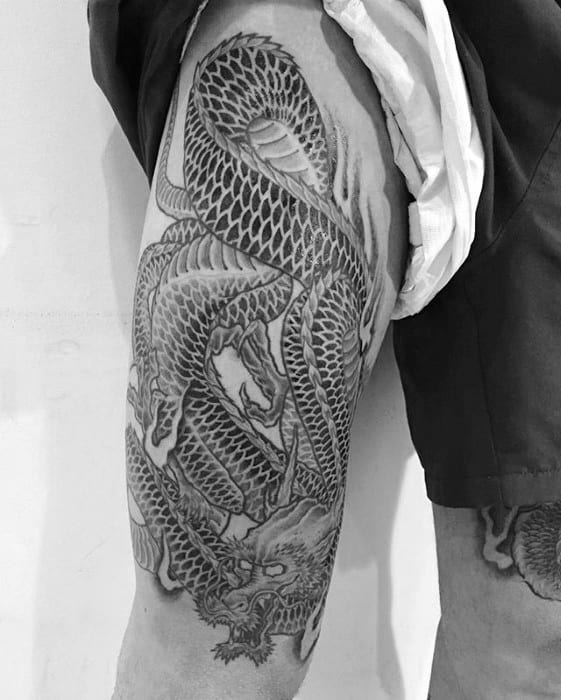 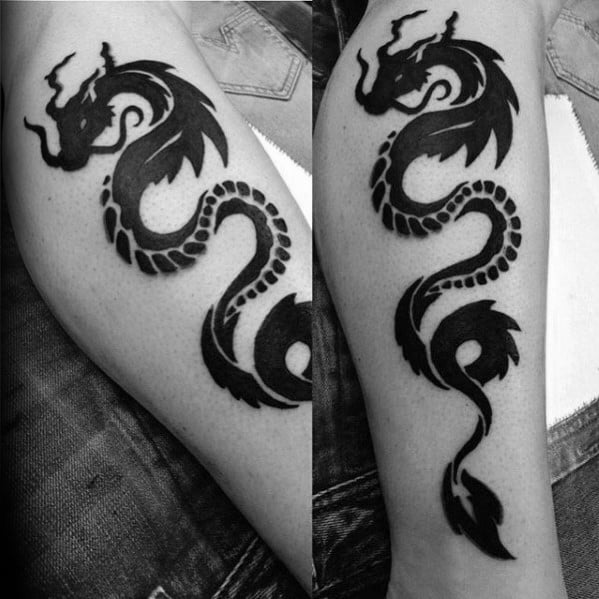 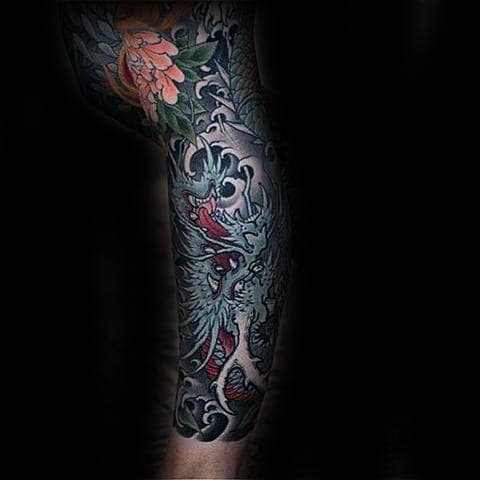