Bostonians have a lot to be proud of, not the least of which is one of the most decorated teams in the NFL. The New England Patriots have been around since the start of the American Football League, well before the NFL as we know it today.

The Pats have climbed one of the highest mountains in football, with humble beginnings that saw them struggling for many years to their meteoric rise under Bill Belichick.

With records such as the most wins in any ten-year period (126!) and not a single losing season in a decade and a half, anyone could see why a Pats fan would want a permanent display of their team loyalty.

Fortunately for the Patriot faithful, there is a plethora of rich history and culture surrounding the franchise. For those looking to show a little hometown pride, Pat Patriot himself makes a good statement. The mascot was dreamt up by the people of Boston themselves, making the team’s identity as much a part of the city as the streets and buildings.

The End Zone Militia firing off a volley makes for a stunning scene and celebrates every touchdown the team has ever scored.

Whether you’re Boston Proud or just can’t help but love the unstoppable juggernaut that is the Belichick/Brady one-two punch, our gallery of New England Patriots tattoos can help you find a good look (or at least shut up those lousy Jets fans). 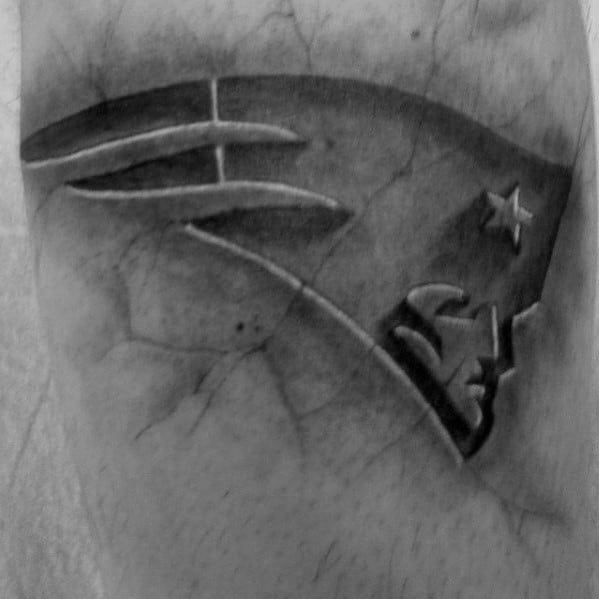 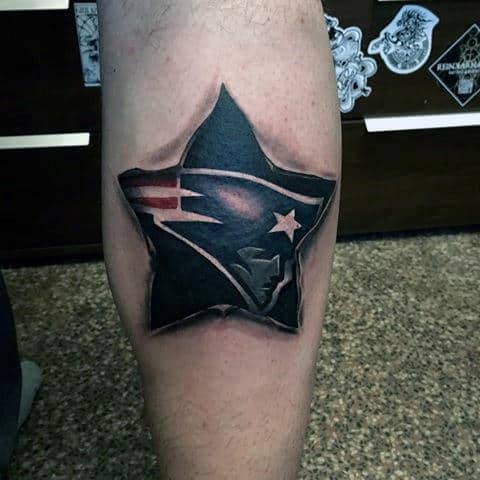 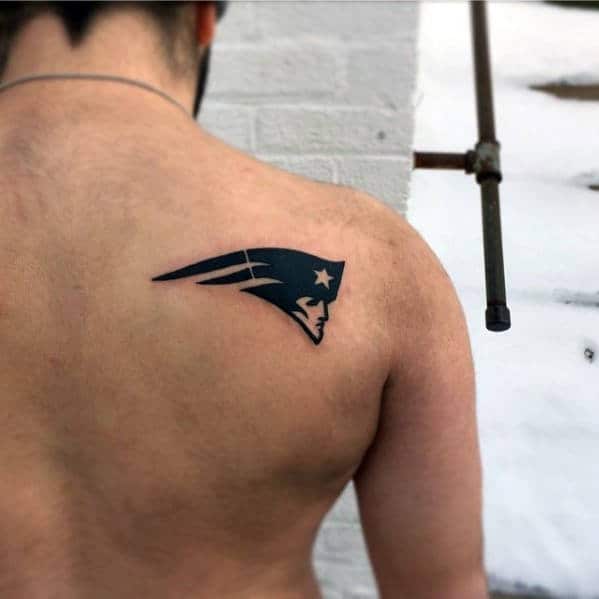 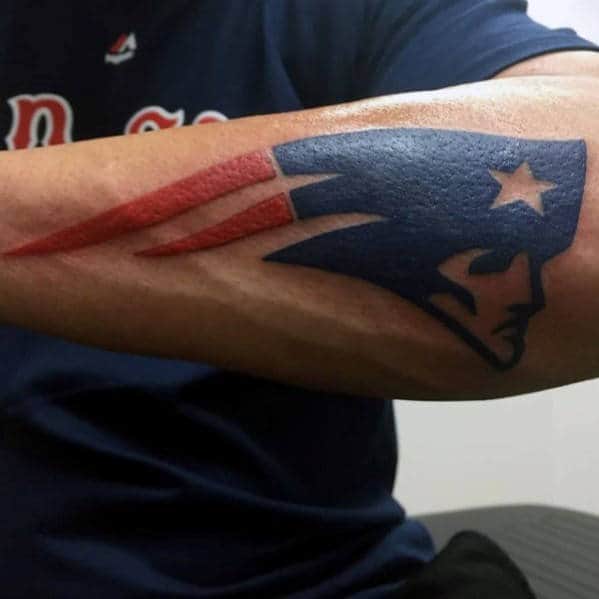 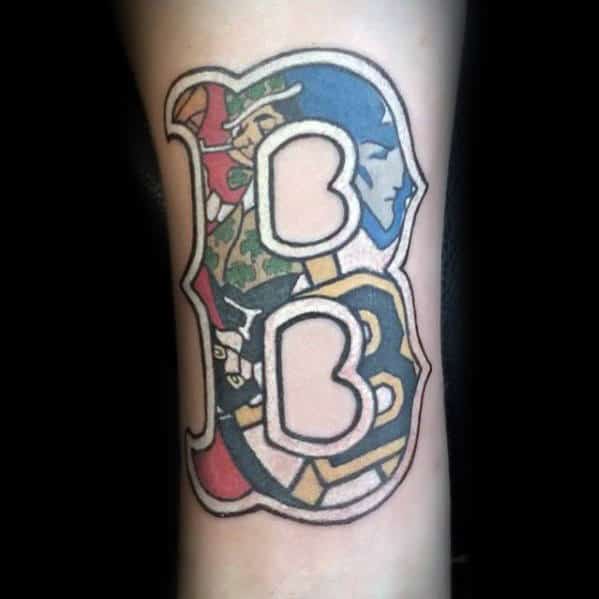 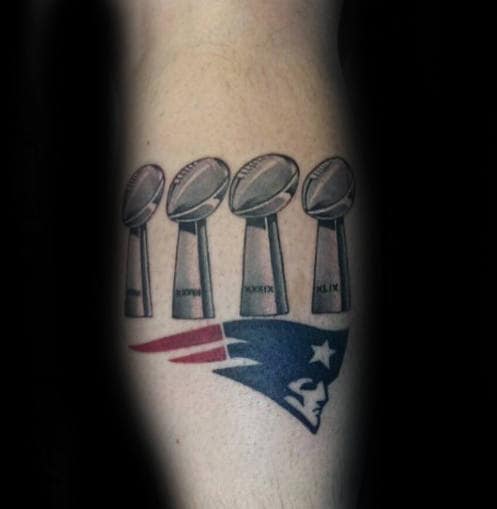 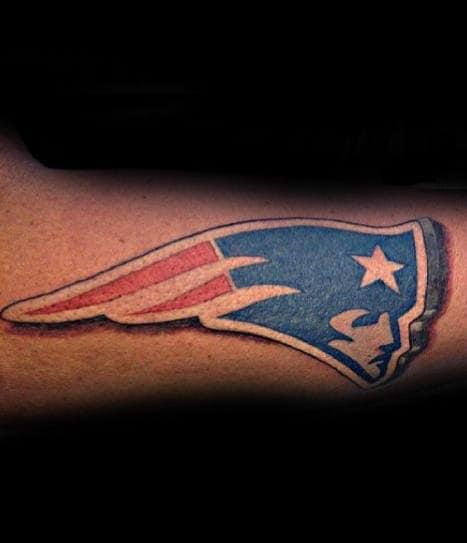 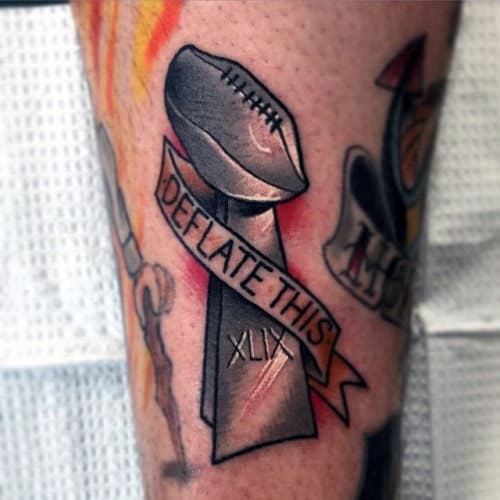 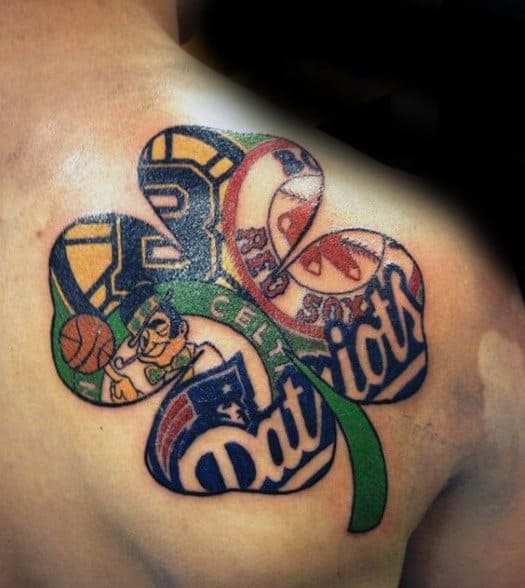 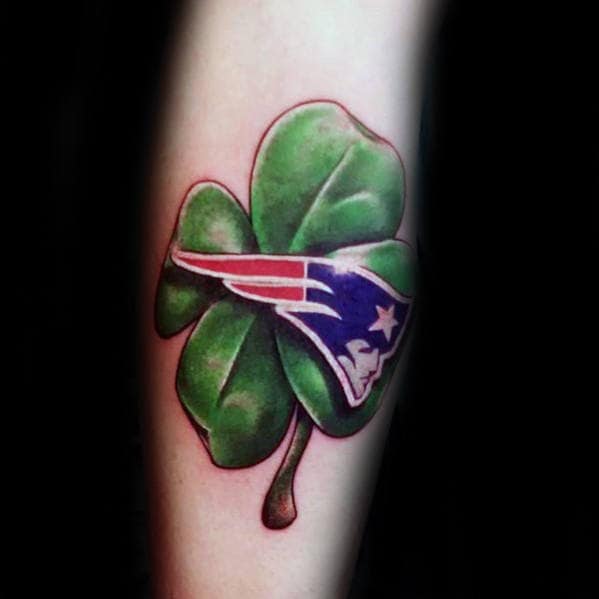 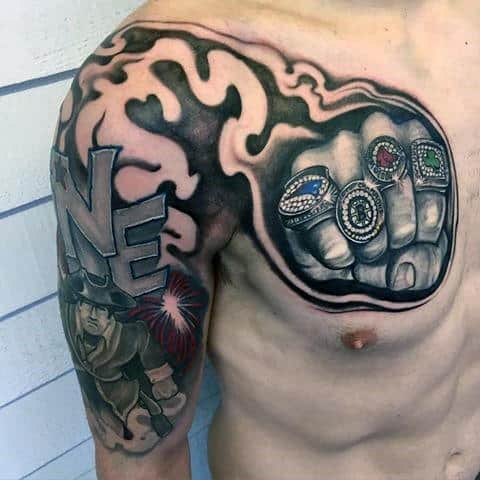 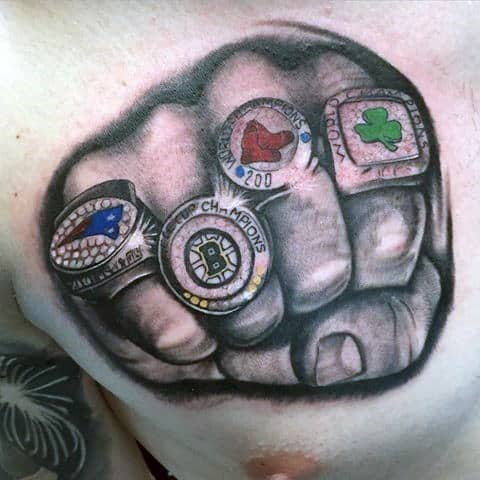 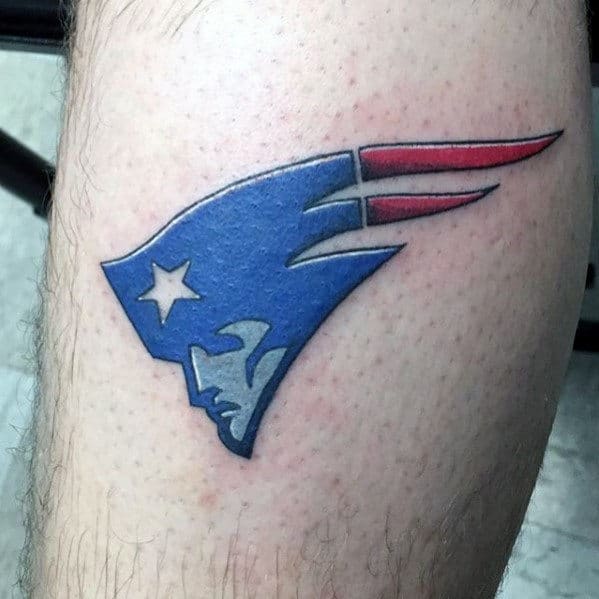 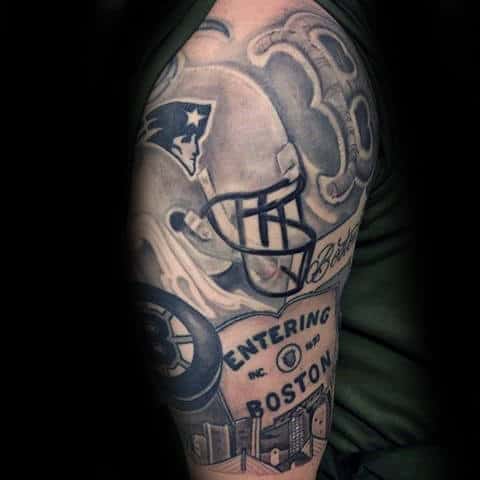 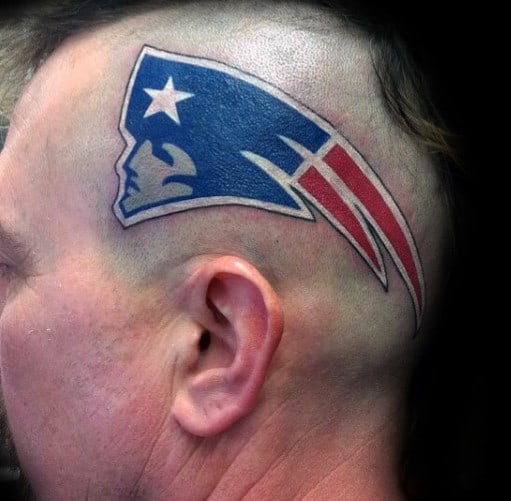 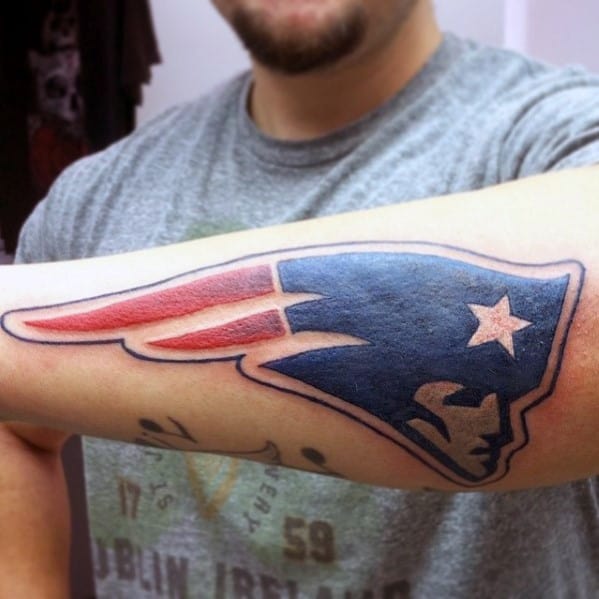 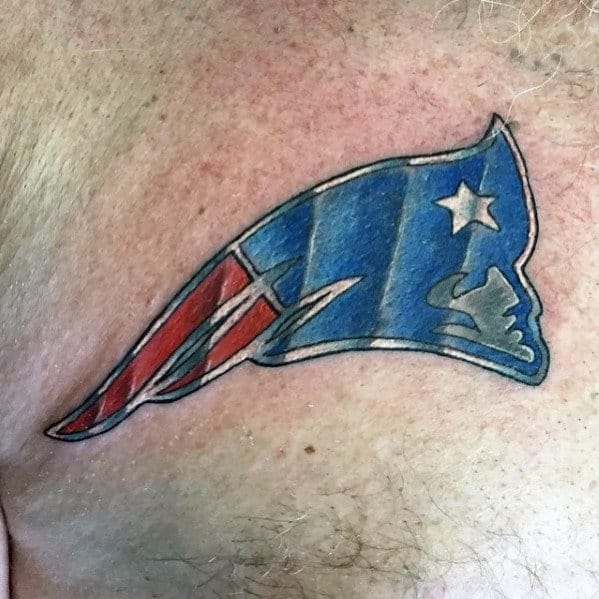 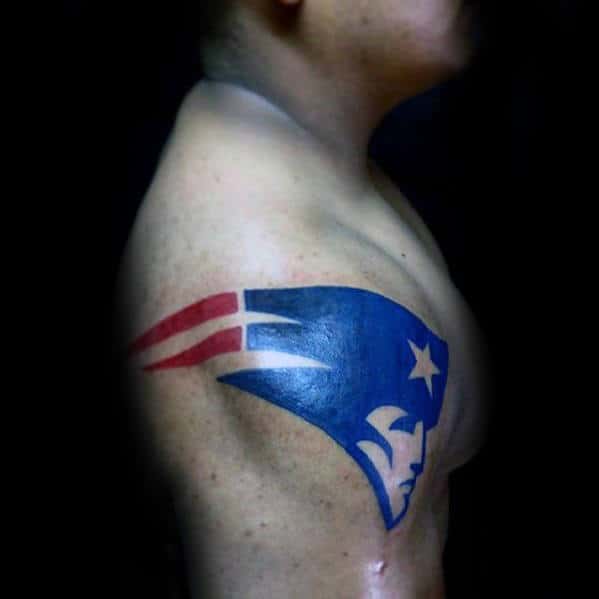 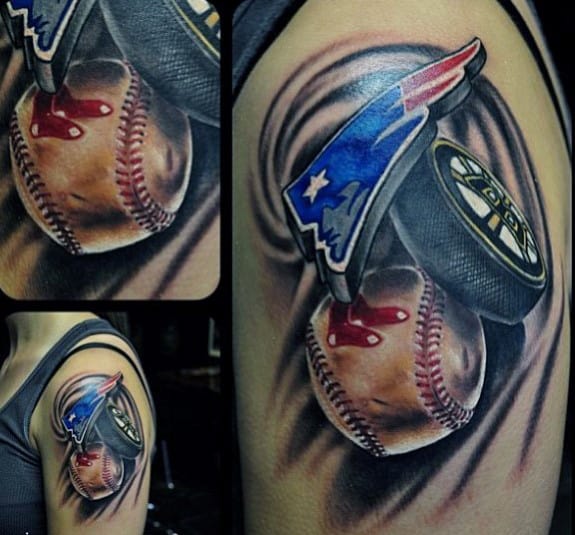 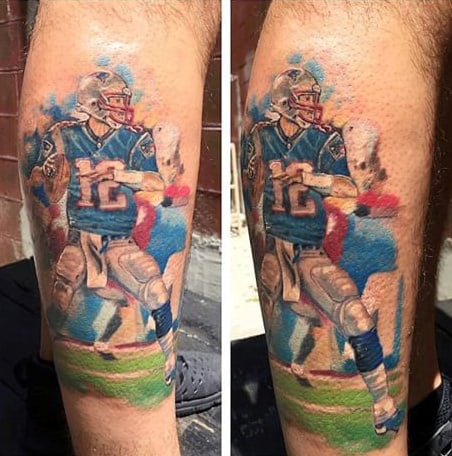 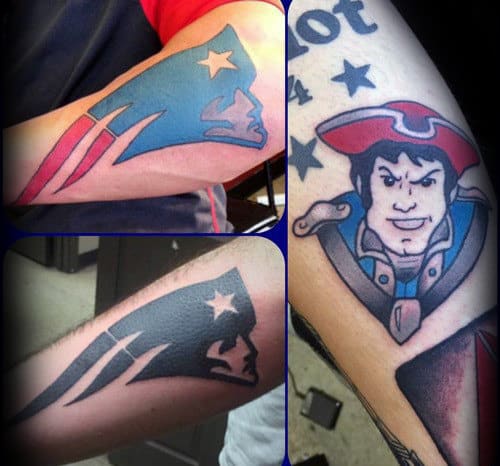 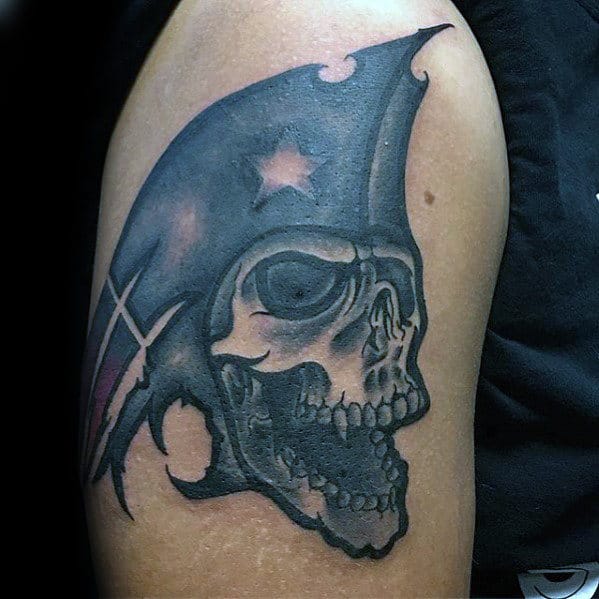 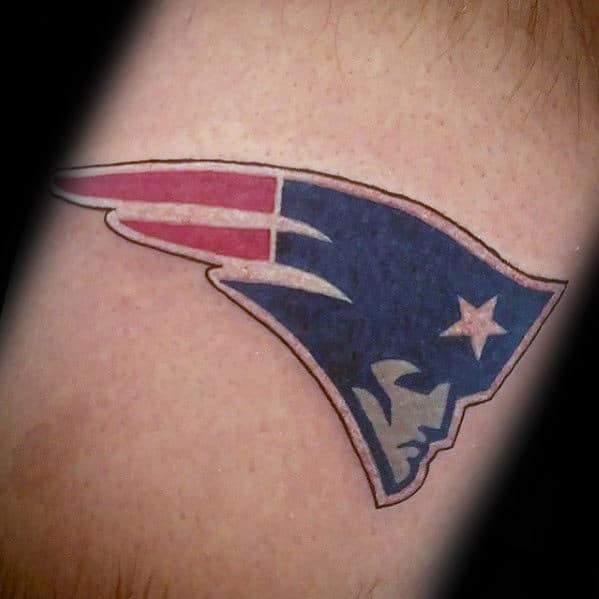 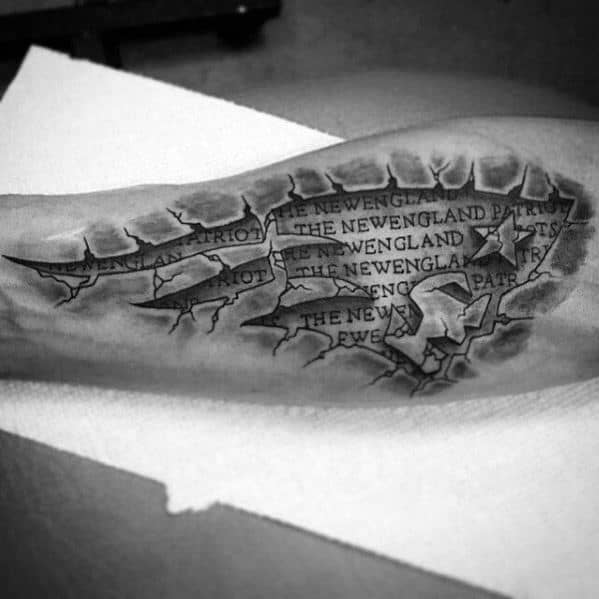 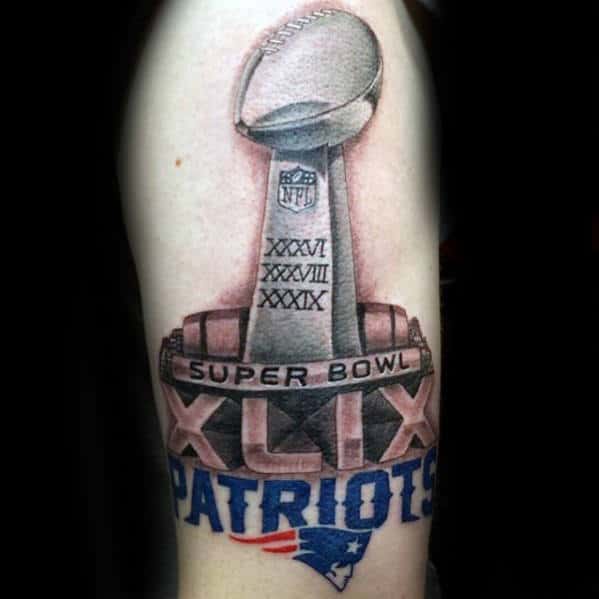 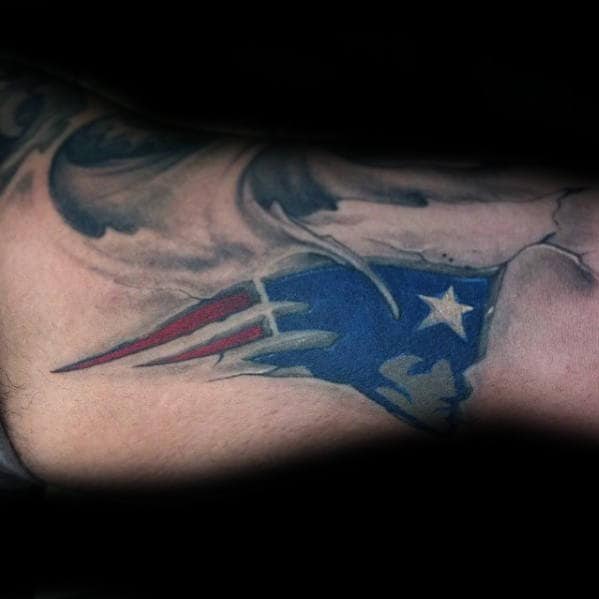