Appearing in various superhero segments throughout time, the DC Comics superhero Nightwing is an unexpected and underrated choice for a tattoo subject.

With his origins rooted in Superman stories, this DC hero is most often portrayed as Dick Grayson, formerly the sidekick of the widely-recognized Batman.

Due to Nightwing’s relative obscurity in comparison to big-name superheroes like Batman or Superman, a Nightwing tattoo may be the first glimpse of him many admirers may have. This only leaves more opportunity for its wearer as a talking point however, as Nightwing deserves his own ranks among the superhero hall of fame.

Nightwing would seem like an obvious choice for those who are already a fan of him, Batman, or DC Comics in general. Easily incorporated into a range of relevant tattoos, the subject matter Nightwing would be most at home in would probably have to do with his own world. For the man who wanted to take a closer look into the life and origins of this unique superhero, it would be quickly surmised that Nightwing actually began as Robin until he shook his prodigal image to strike out on his own.

Something many men, particularly younger men, may find relatable about this character is his desire to forge his own path and make a name for himself. While he could have simply continued to live in the shadow of his mentor and partner Batman, Nightwing chooses instead to establish his own group of teenage crimefighters while continuing to intermittently aid Batman as needed.

For a man looking to show his newfound sense of independence or his loyalty to the DC Comics super heroes, a Nightwing tattoo can be crafted to represent a number of personal ideals. 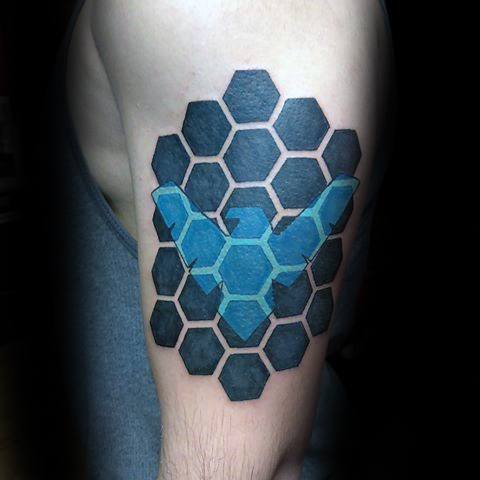 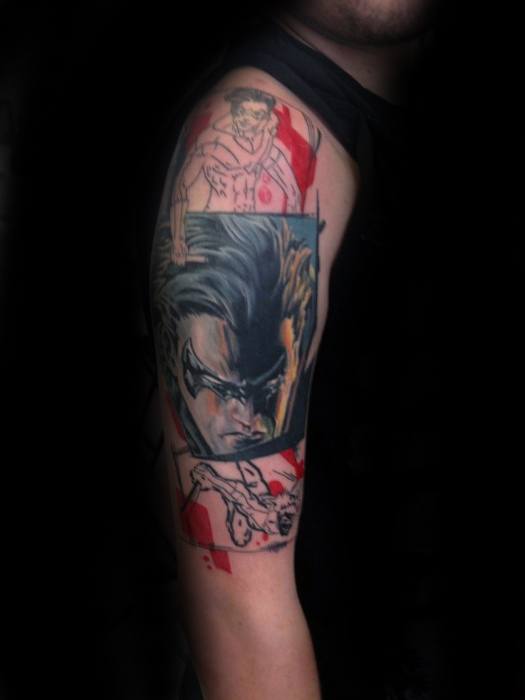 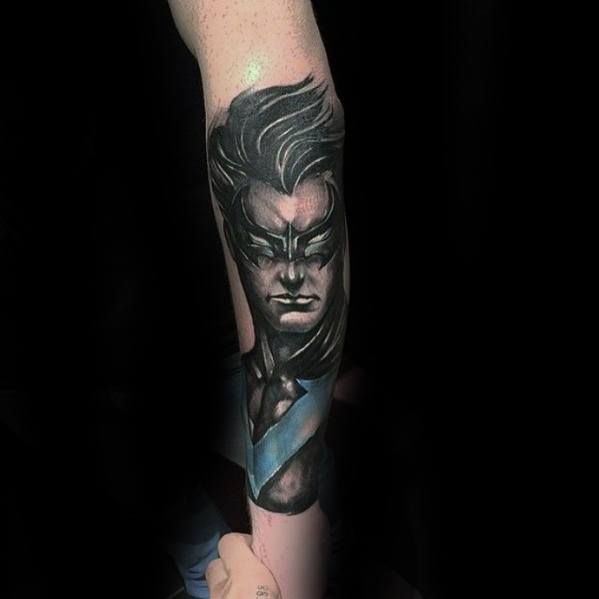 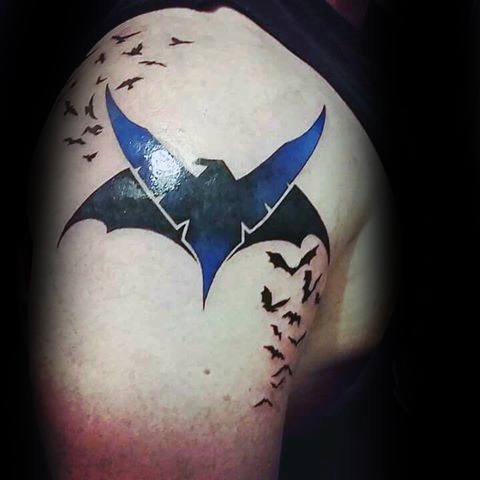 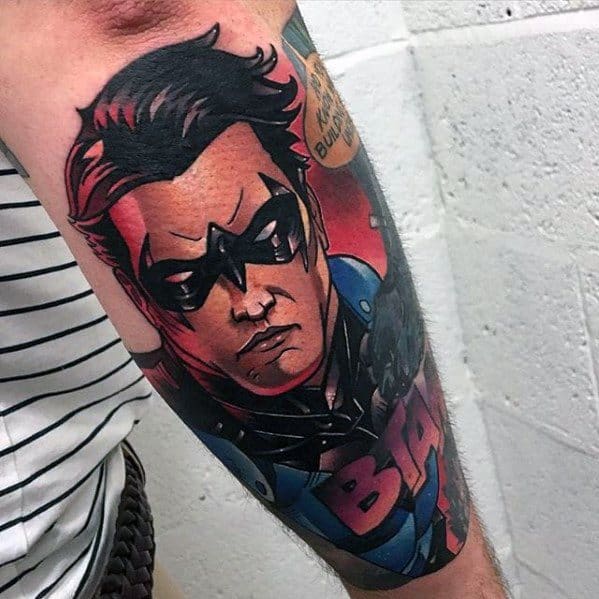 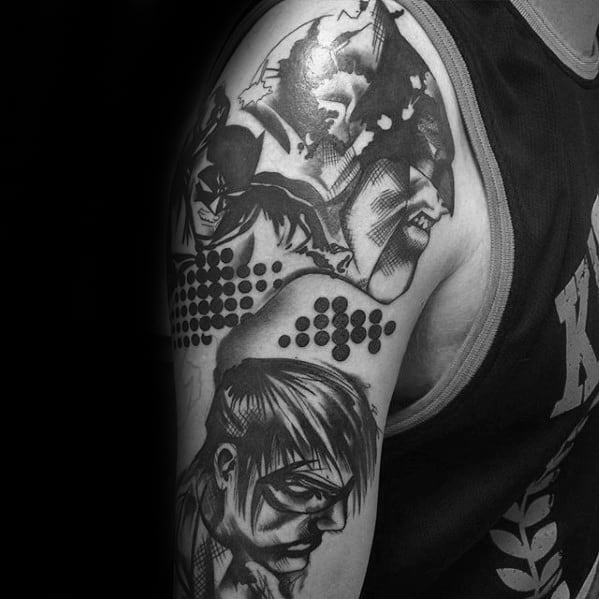 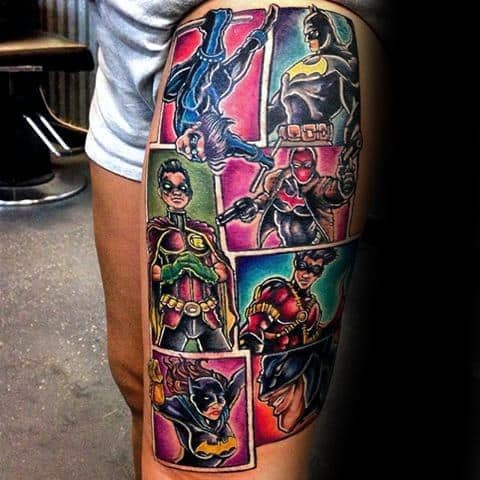 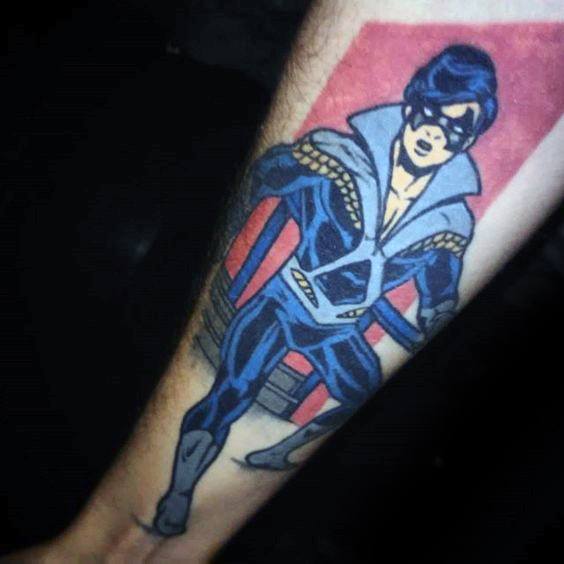 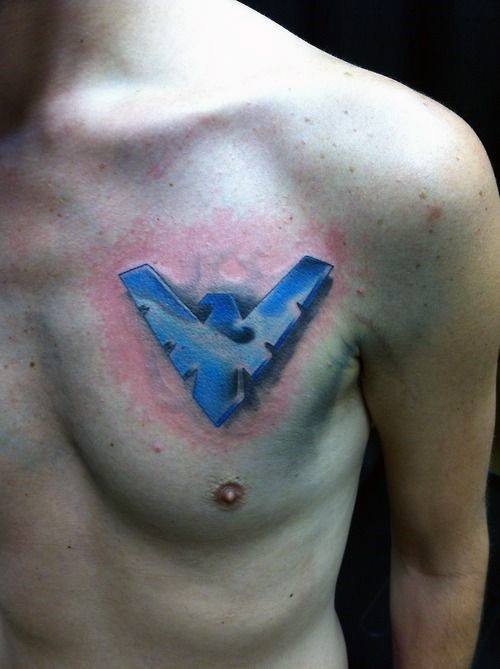 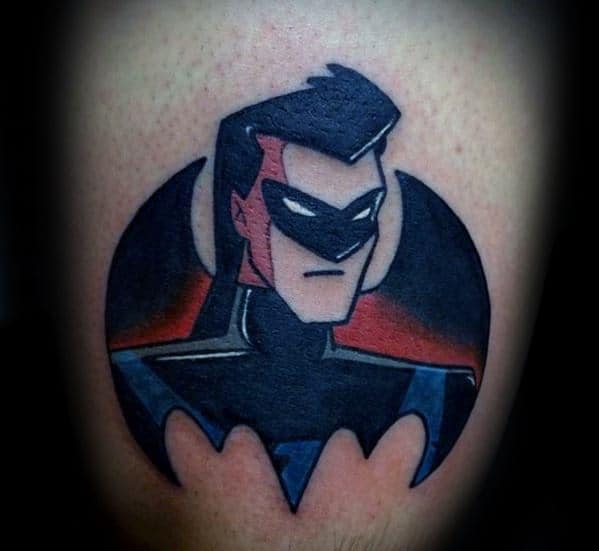 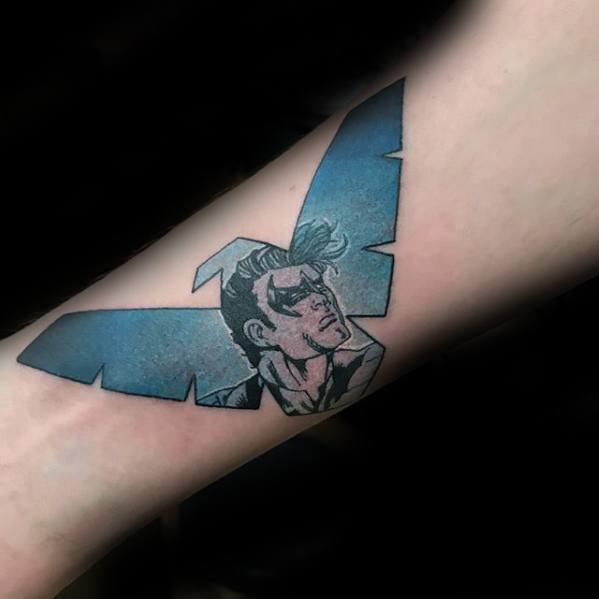 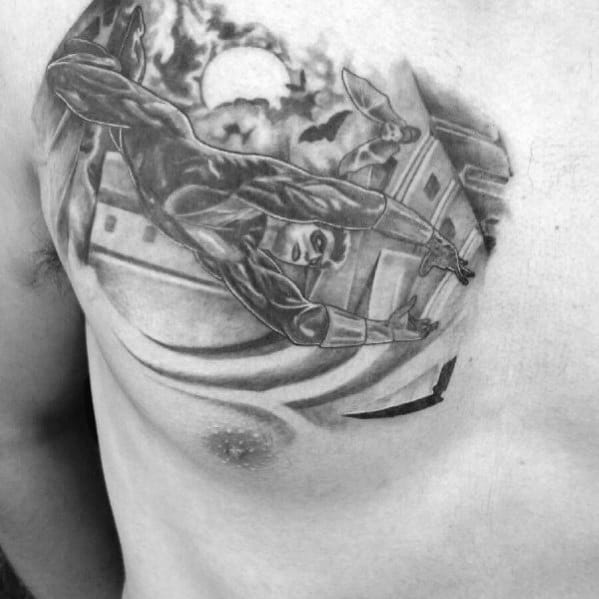 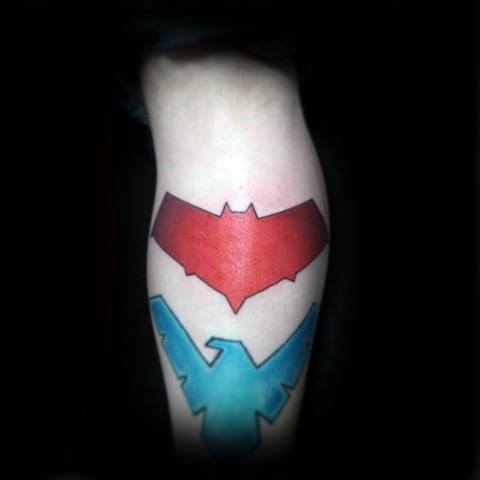 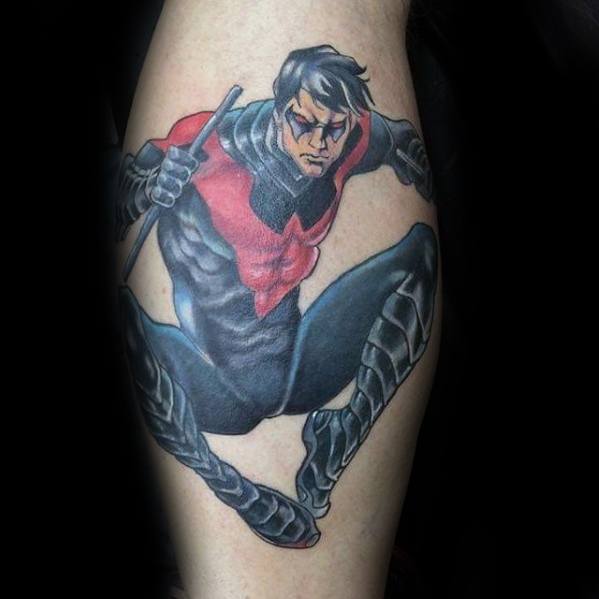 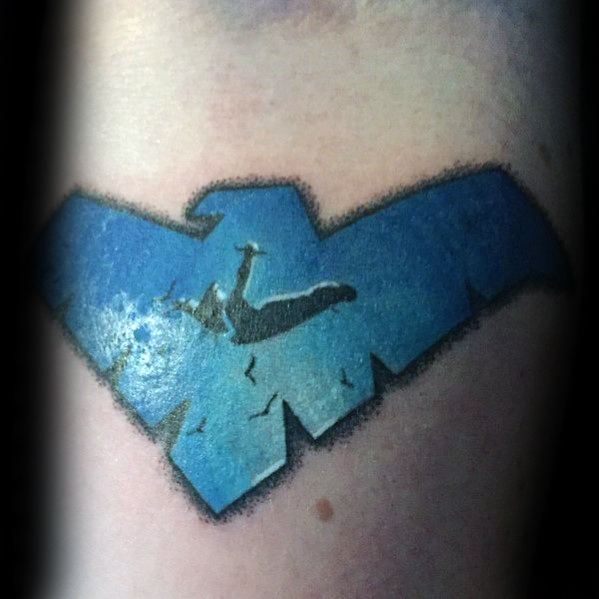