You have something hidden inside of you, but it is held back. It is there to help you when you need it. This thing that you have inside is strong and powerful, which is the reason why an awesome octopus back tattoo might be the right choice.

It symbolizes that you carry power that can be unleashed at any time.

It symbolizes power that can wreck havoc if you need it to.

A tattoo of a octopus shows the world that there is a dark side to you that is hidden under the layers. This side is mysterious but interesting and worth uncovering. An octopus tattoo is not for your average man but for the man who would have been a champion in a Roman battle arena. It is the kind of tattoo that says you are not bound by expectations or bound to paths.

This tattoo design shows that you can break any chain because there is a spirit inside that is meant to thrive and stay wild. These are some of the reasons why some men flock to the octopus back tattoo.

Of course, there are some who just love what the octopus symbolized to ancient societies. For example, the octopus has normally symbolized versatility or complexity due to its many arms. The arms told ancient civilizations that the creature was able to undertake many tasks at once or have many interests. 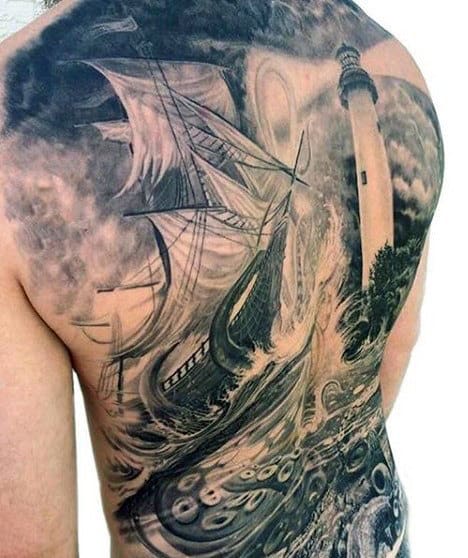 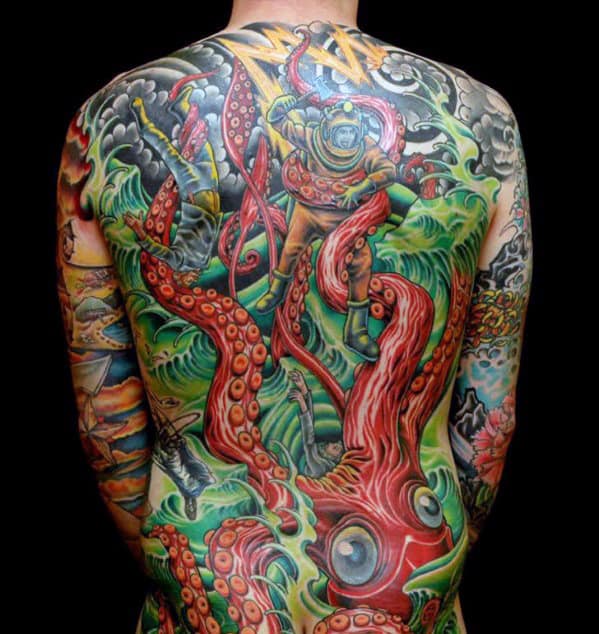 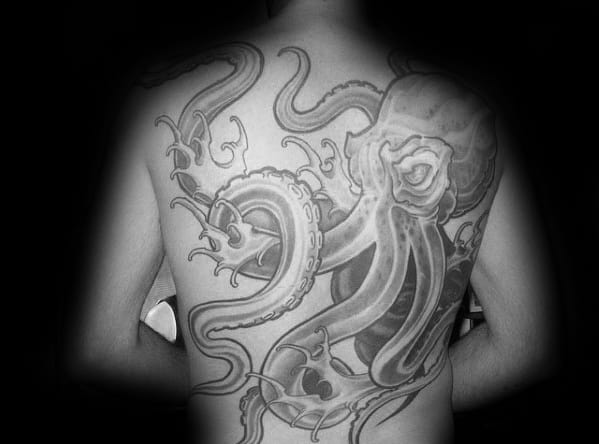 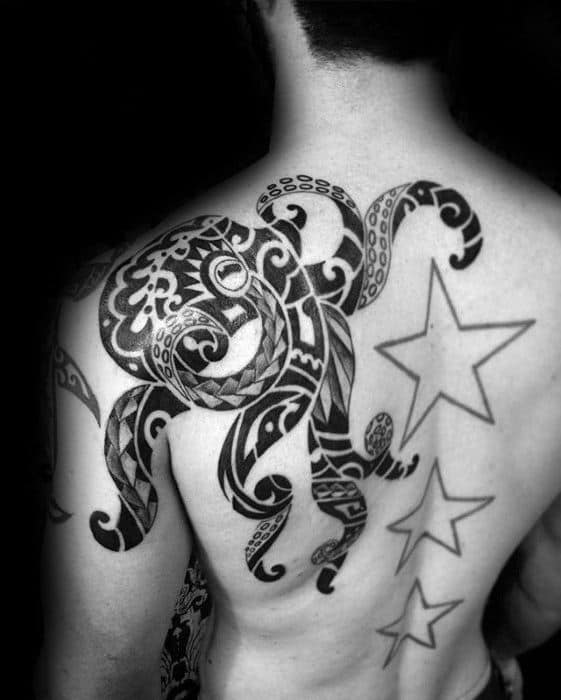 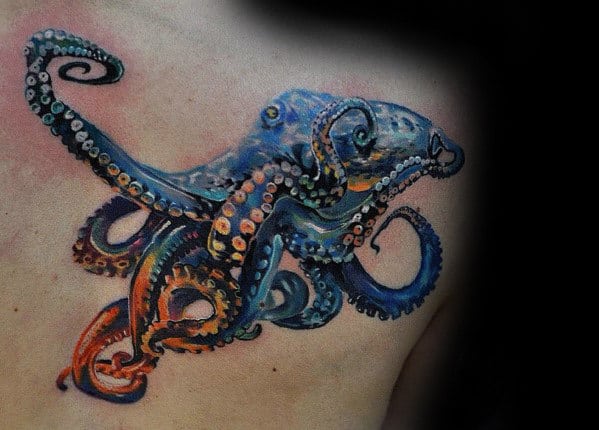 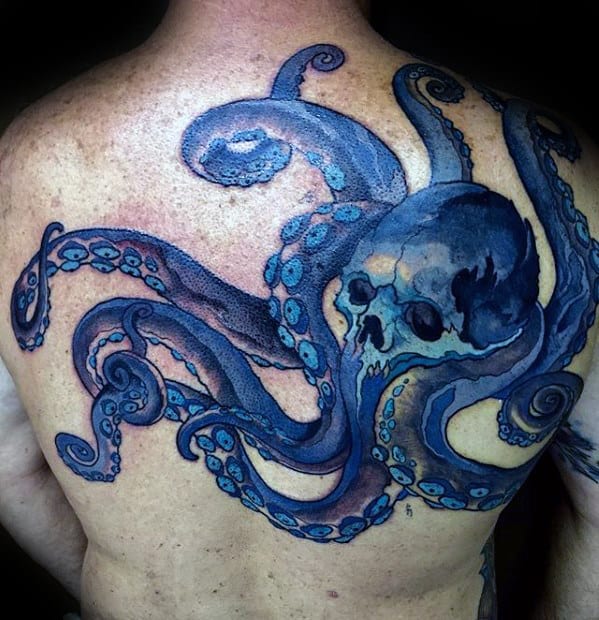 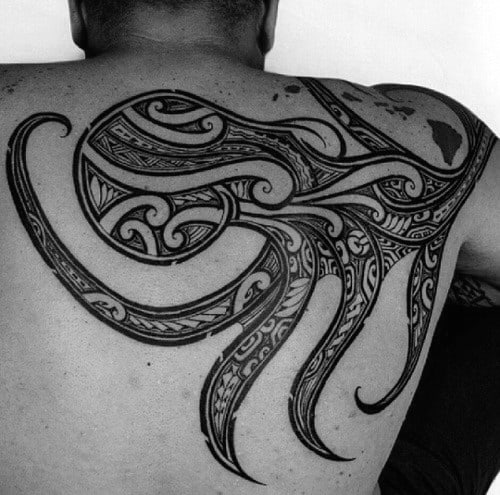 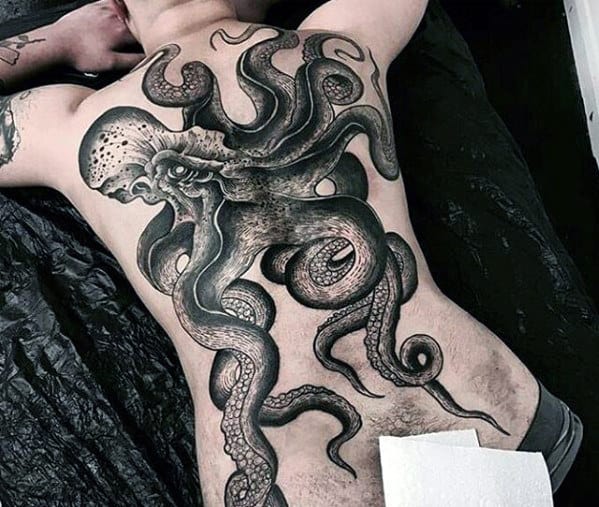 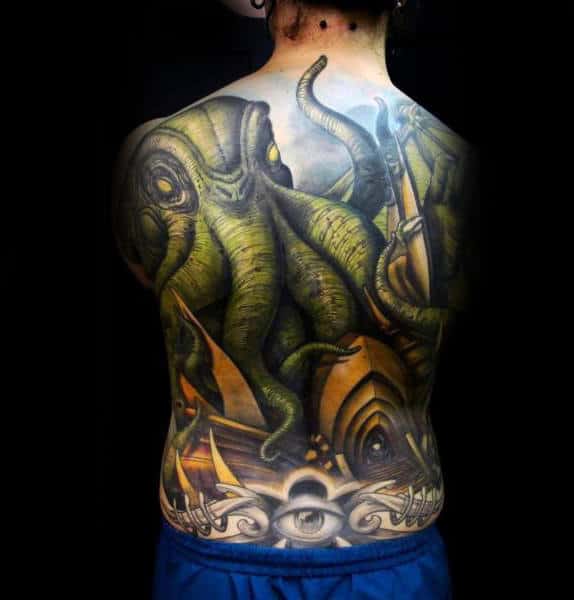 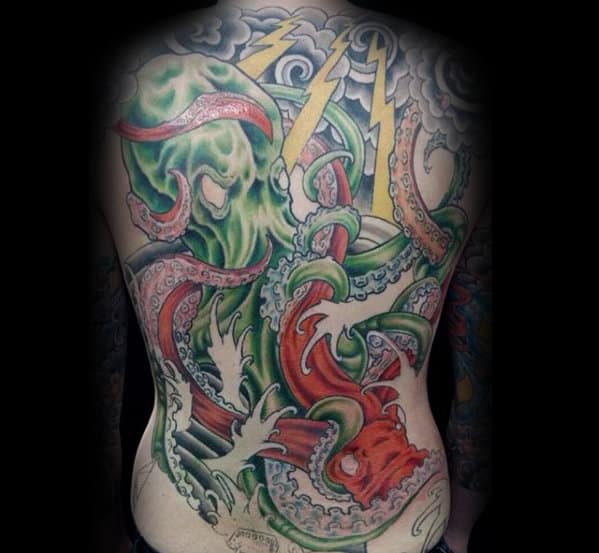 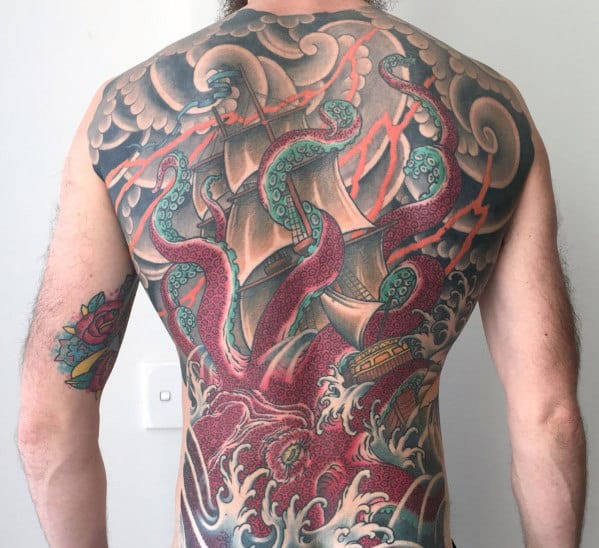 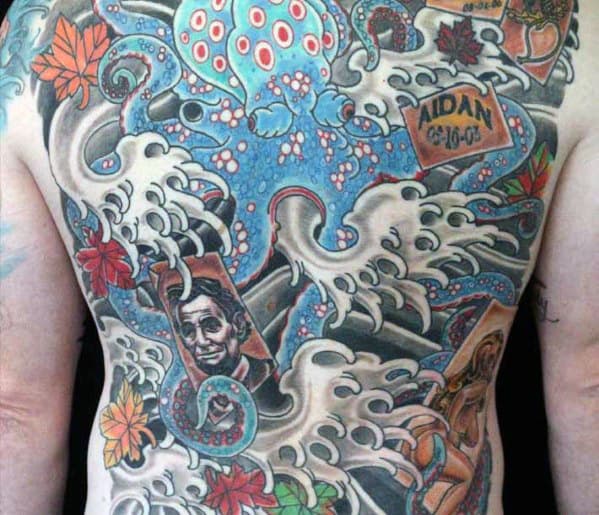 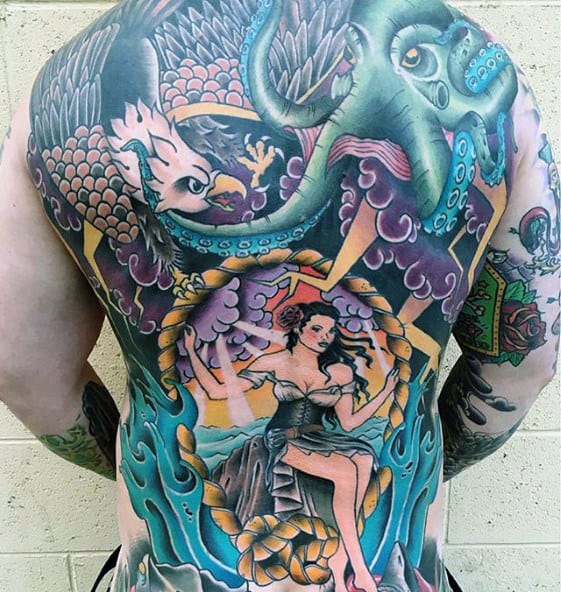 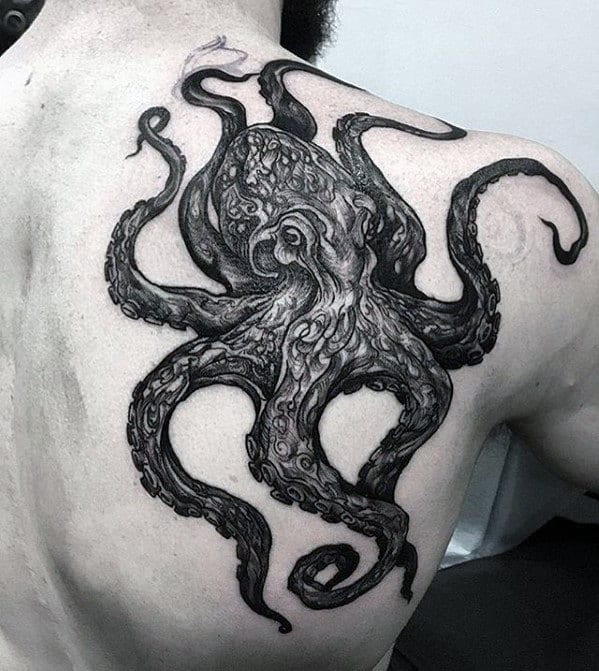 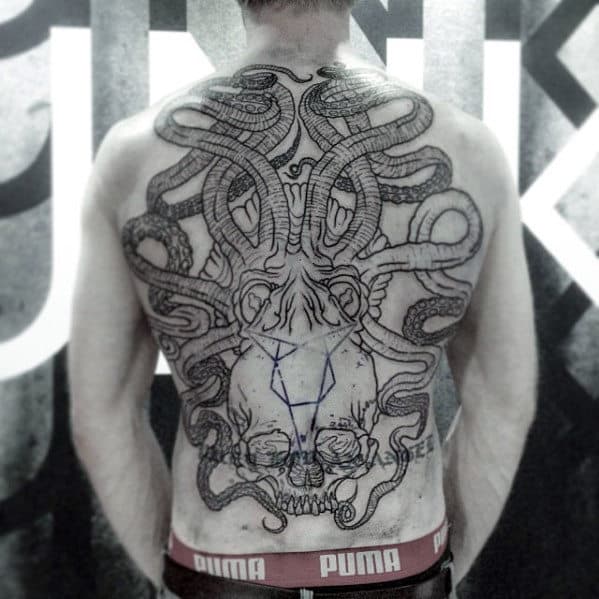 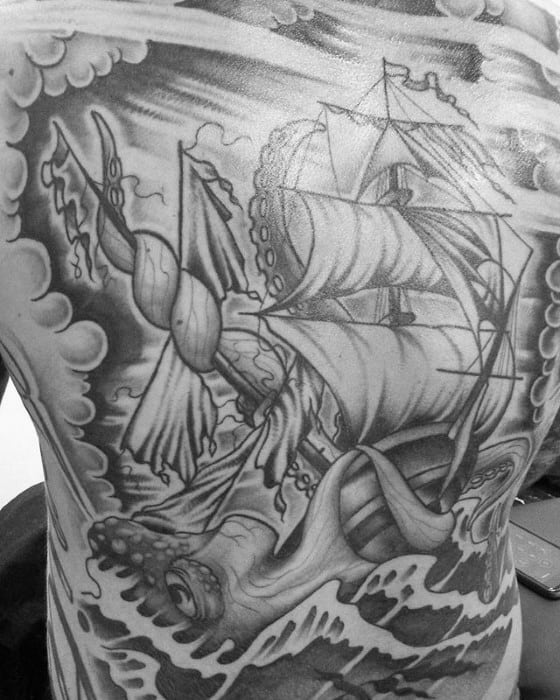 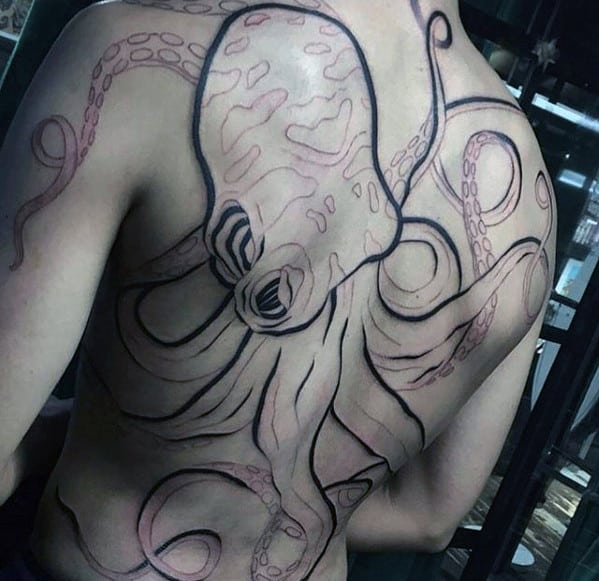 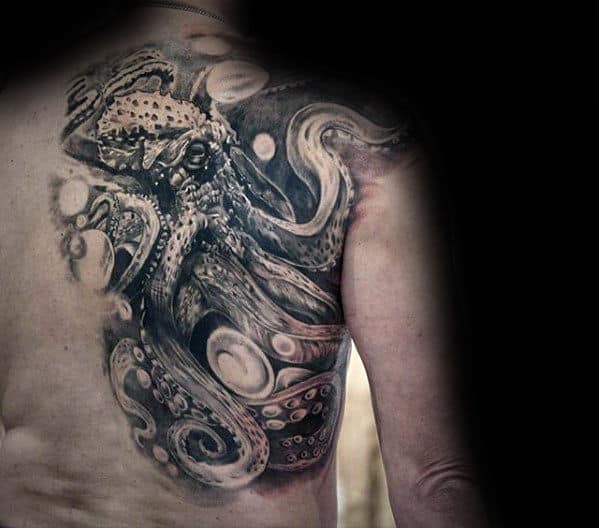 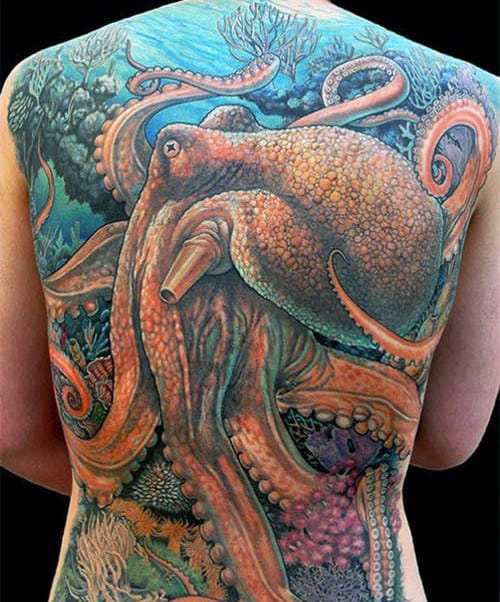 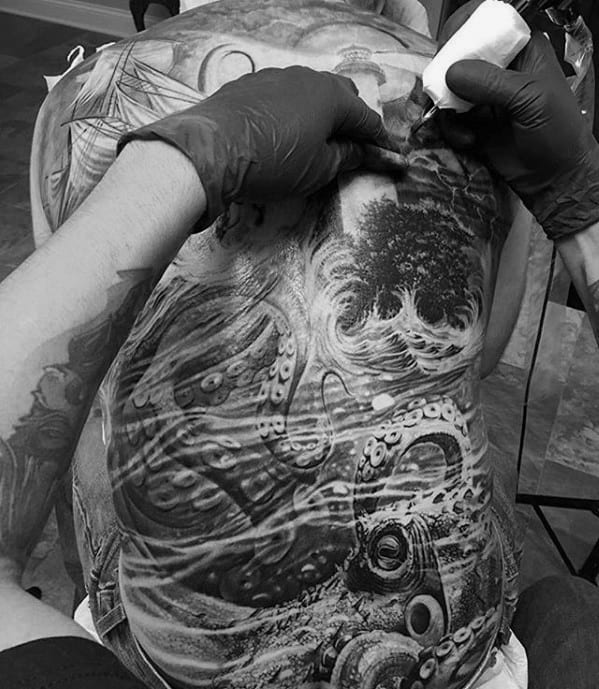 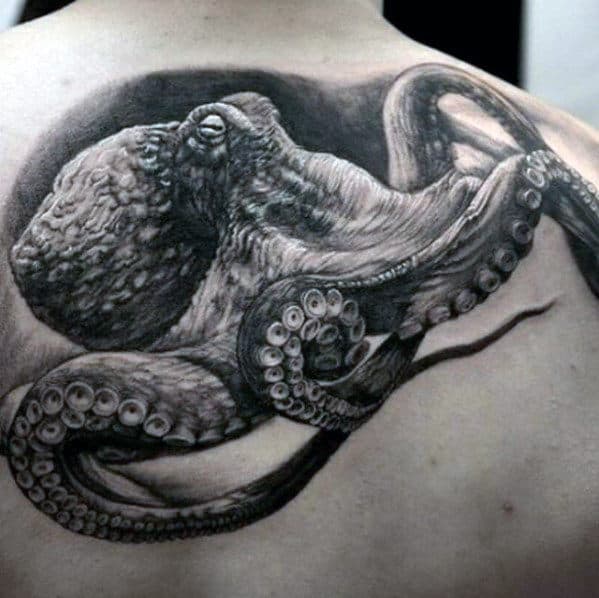 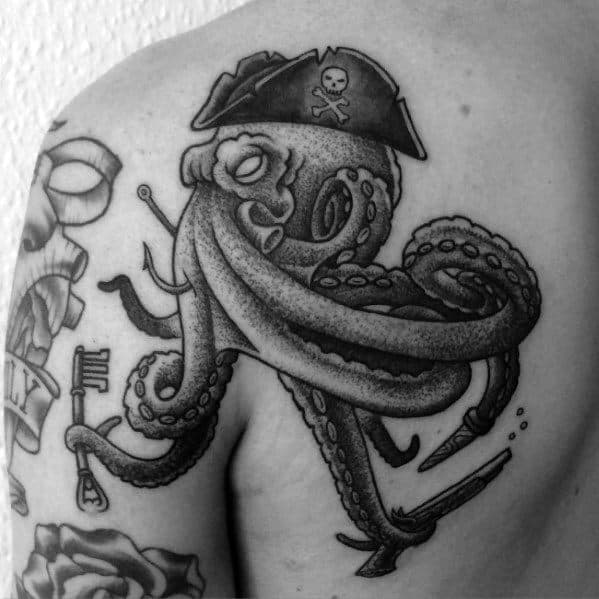 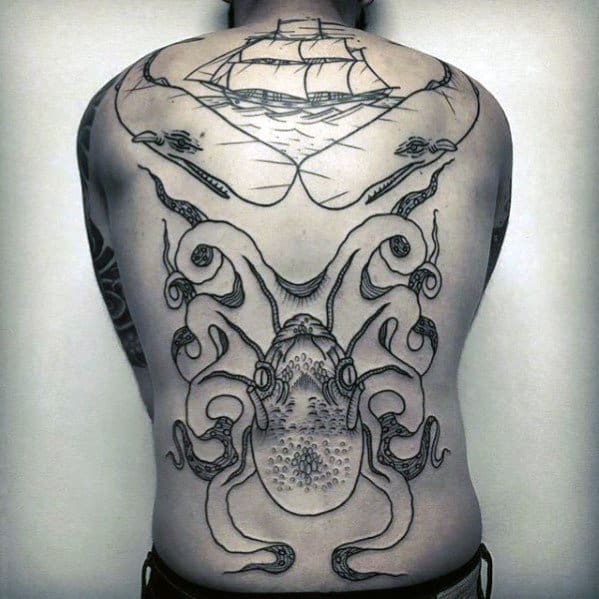 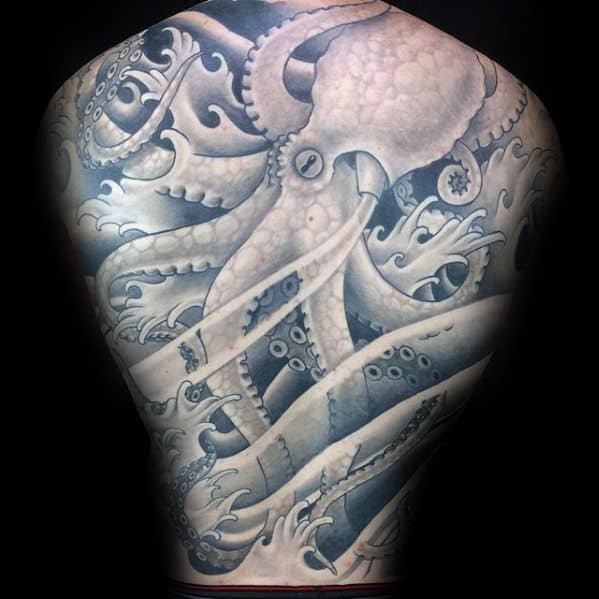 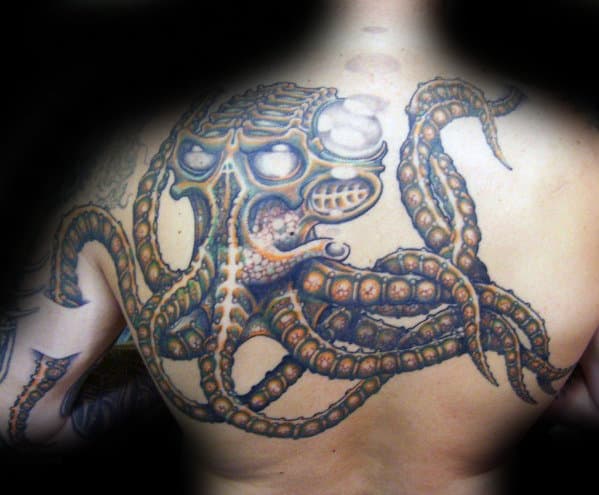 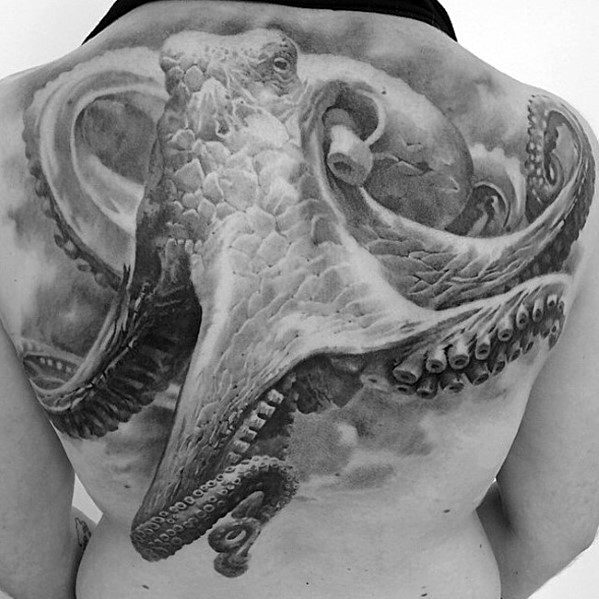