Myths and legends have long since left their imprints on the fertile minds of humans everywhere, lasting in the memories far longer than the most recent historical events.

The ones who want to express just how deeply they are marked on the inside will bear it on the outside as well, an inky story to be shared with all.

Few tales are as contemplative as one told by a tattoo of Sisyphus.

A king from ancient Greek lore, Sisyphus was known for his avaricious ambitions and cunning nature. There are several variations of how he angered the gods and cheated death over and over in an attempt to live just that little bit longer. Ultimately, his actions resulted in his infamous punishment of unending and futile labor as he struggles to push an enchanted boulder to the top of a steep hill only for it roll away at the last moment.

The image of this former king toiling away for all of eternity has become the iconic symbol of absurdism, the belief that there is no rhyme or reason to humanity’s existence but we should continue to search for it.

There’s no doubt that Sisyphus is a non-traditional symbol for the critical thinkers, the philosophers, the ones who don’t just feel, but embrace and accept that just because there may not be a greater purpose doesn’t mean we can’t enjoy life anyways. Gaze upon these riveting Sisyphus tattoos and reflect a bit on what meanings you find yourself imparting on your life. 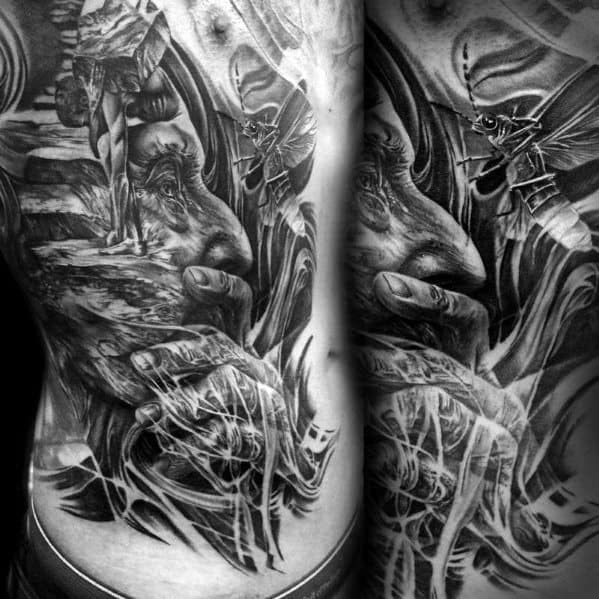 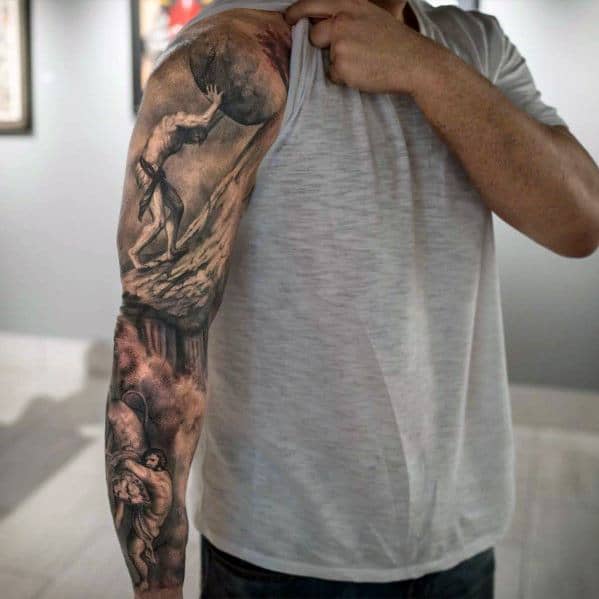 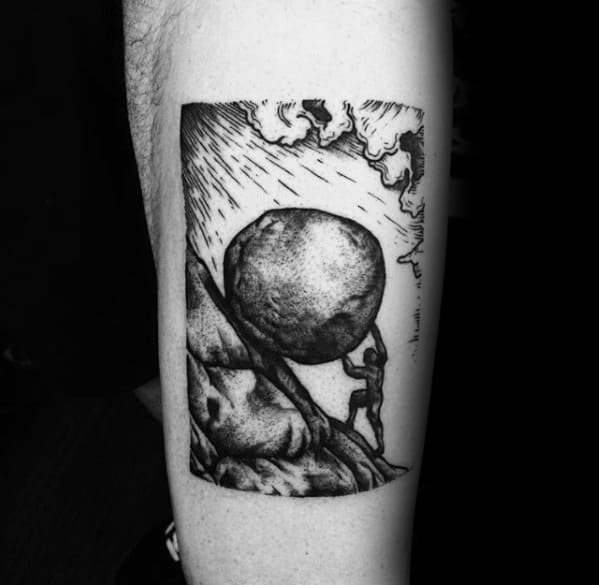 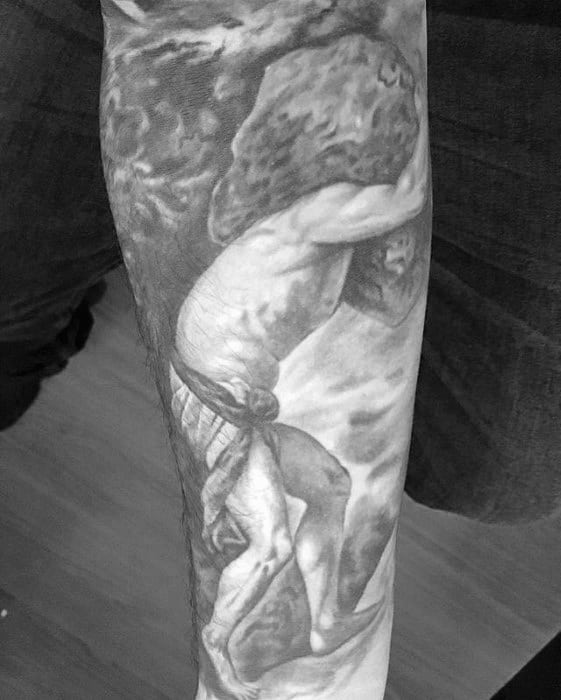 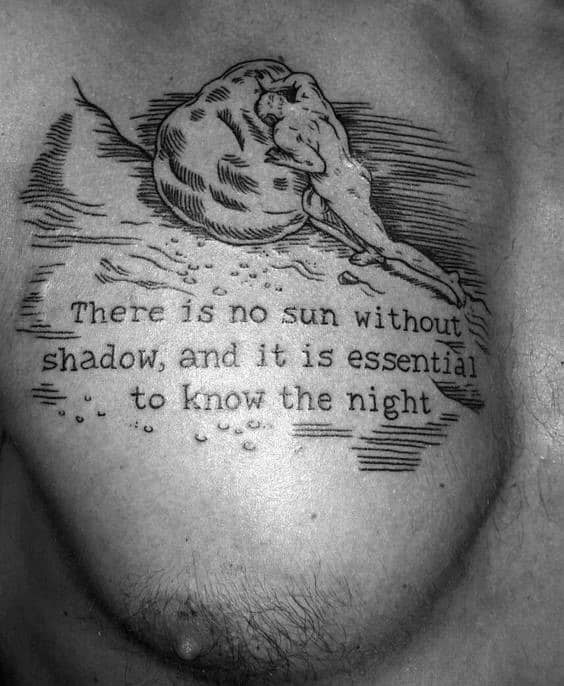 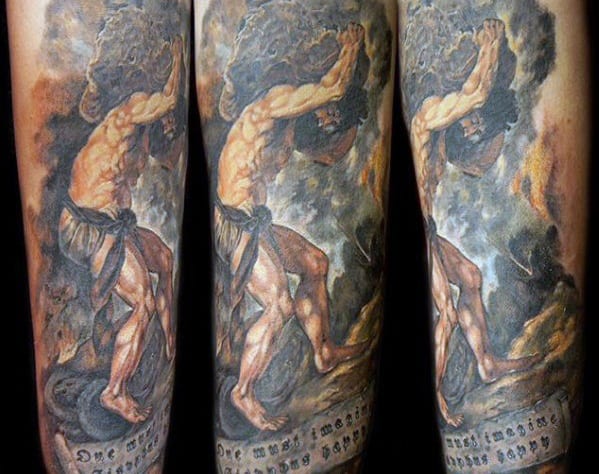 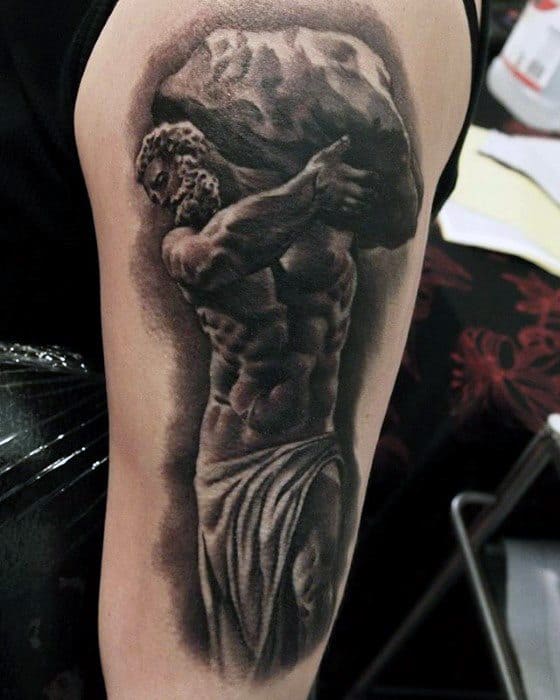 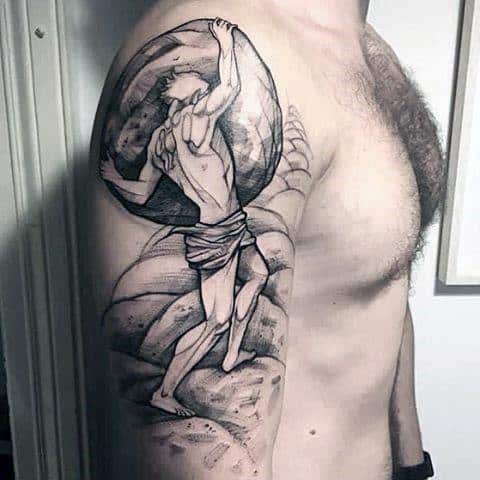 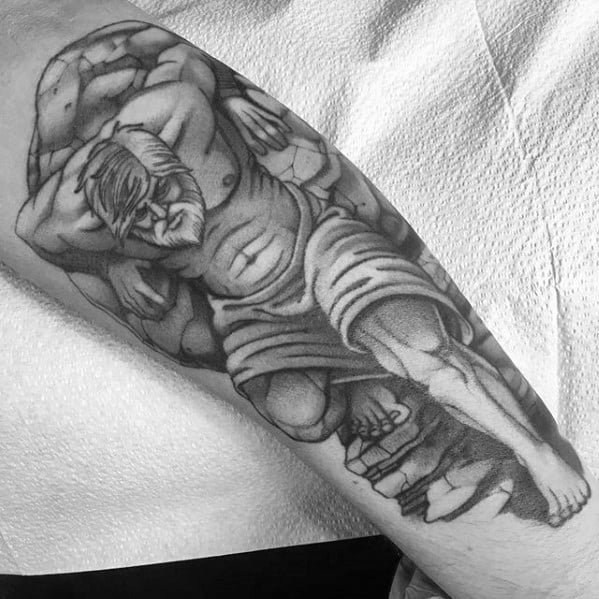 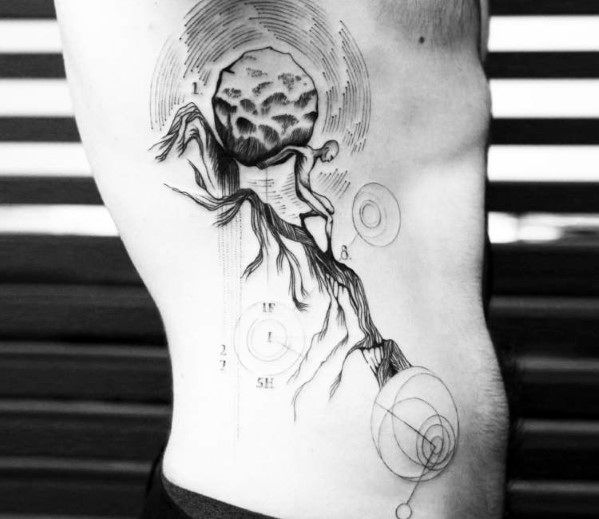 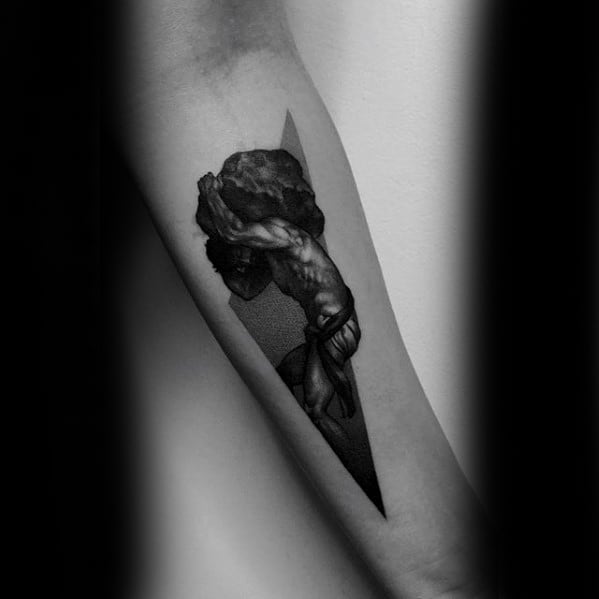 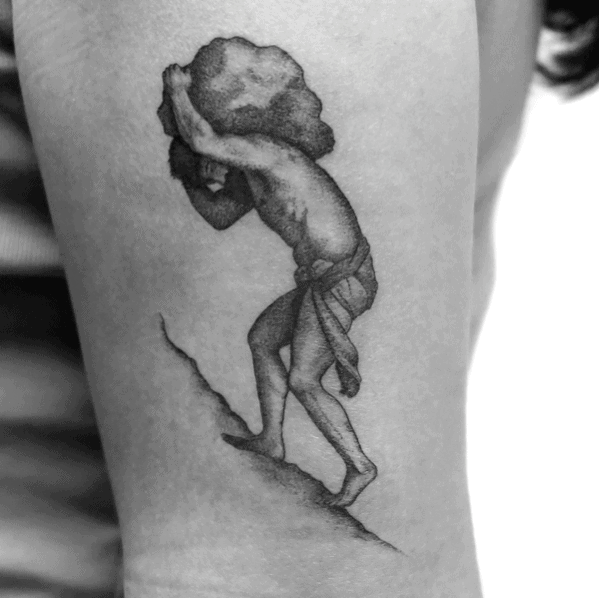 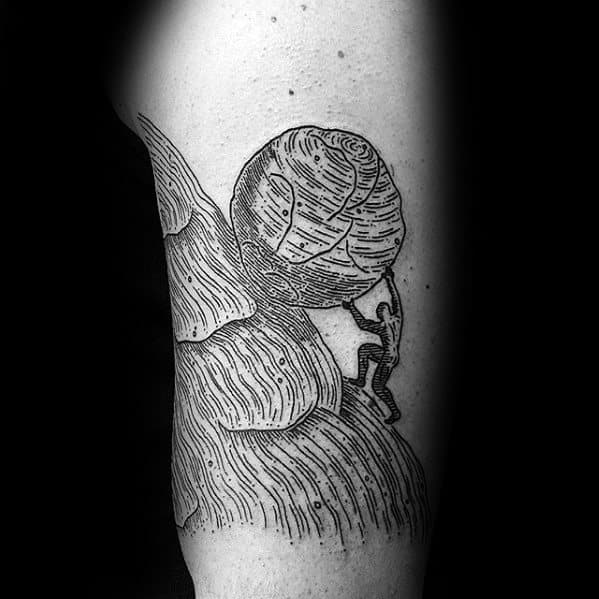 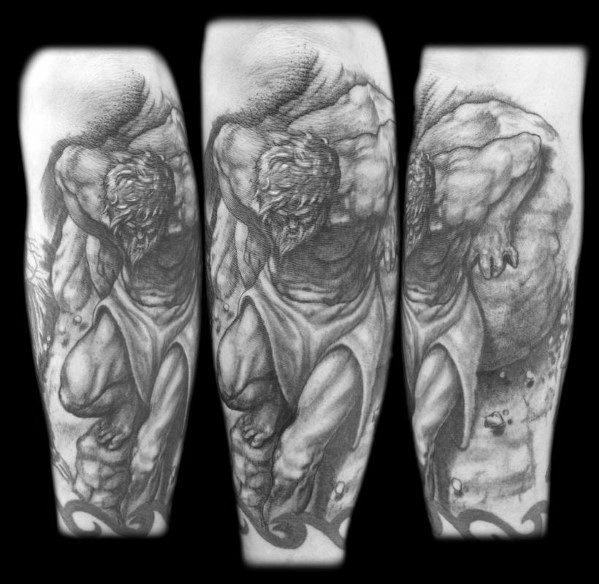 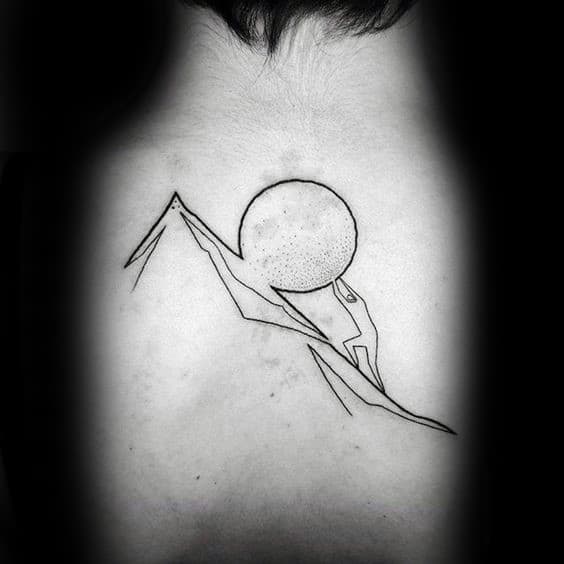 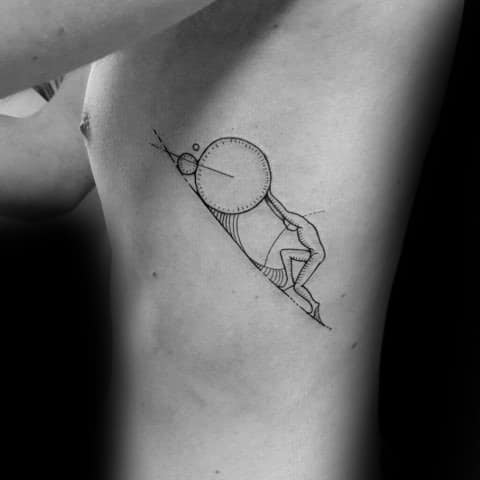 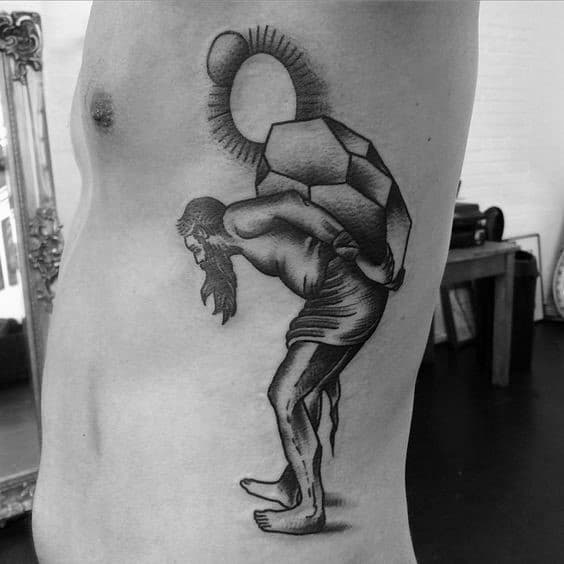 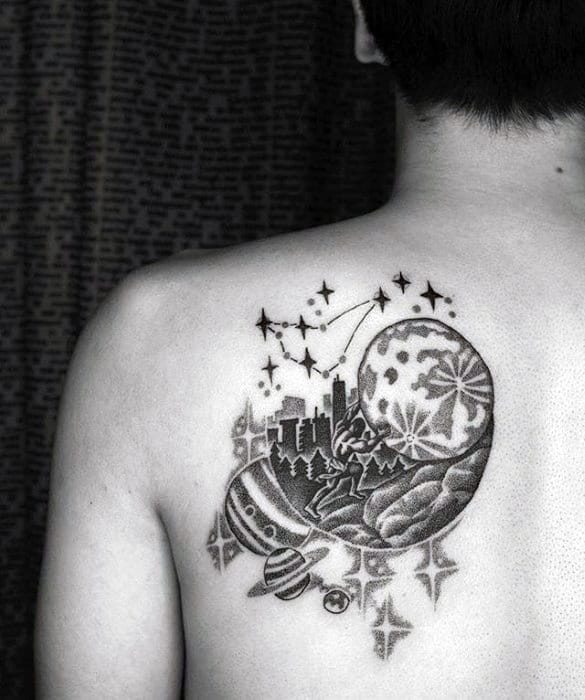 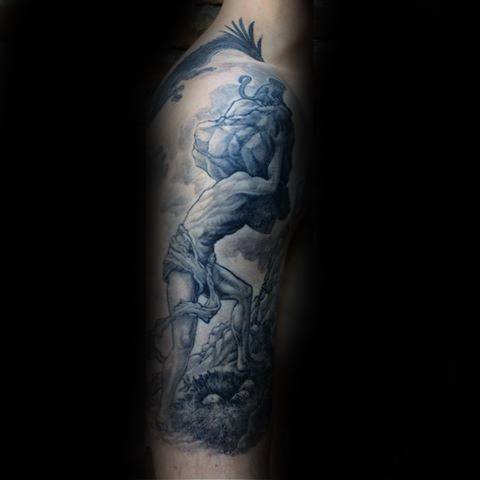 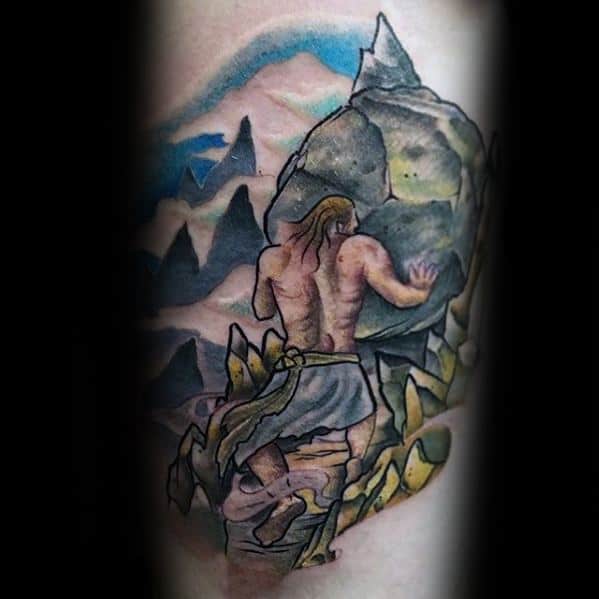 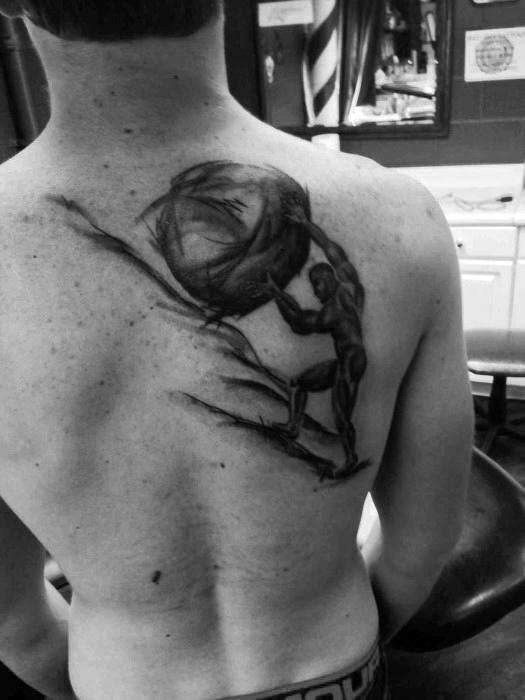 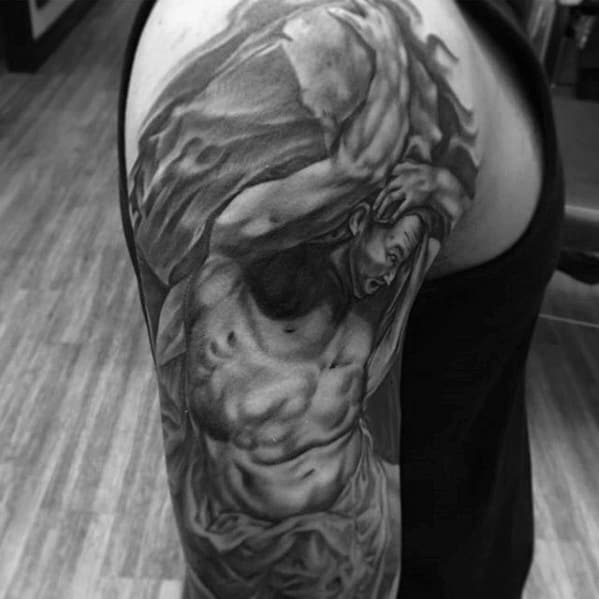 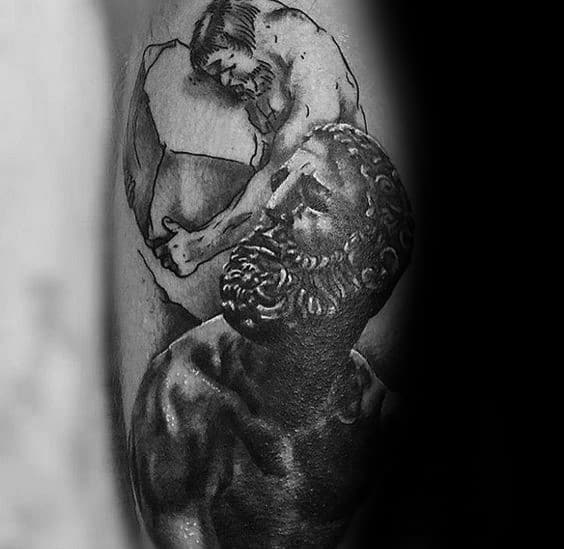