Since traditional tattoos were often done by sailors, it is no surprise that a compass is one of the most common choices. This instrument was used by sailors and adventurers to navigate their way through barren areas.

Therefore, it is associated with hopes for good luck and a safe journey home.

Compass tattoos often include meanings of protection, guidance, and hope, but they can sometimes be used to show more of a sense of adventure or wanderlust.

There are many different possible designs for compasses. Some traditional tattoos depict a retro looking compass encased inside a metal circle, while others just show the eight pointed star inside a compass which is called a compass rose. Because of the flowerlike shape that is revealed by the 8 or 16 points of a compass, it is often paired with other flowers.

Adding roses or other flowers with a romantic symbol often shows that a person is guided home by an undying love. Swallows are often a frequent pairing with a compass design because sailors saw swallows when they were close to land. 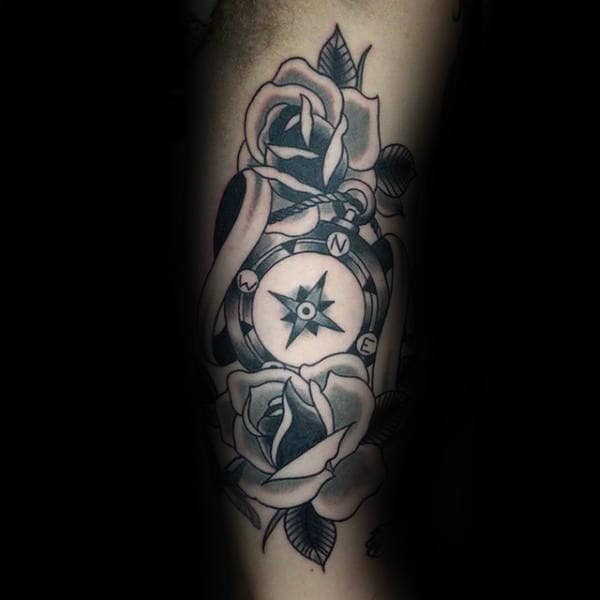 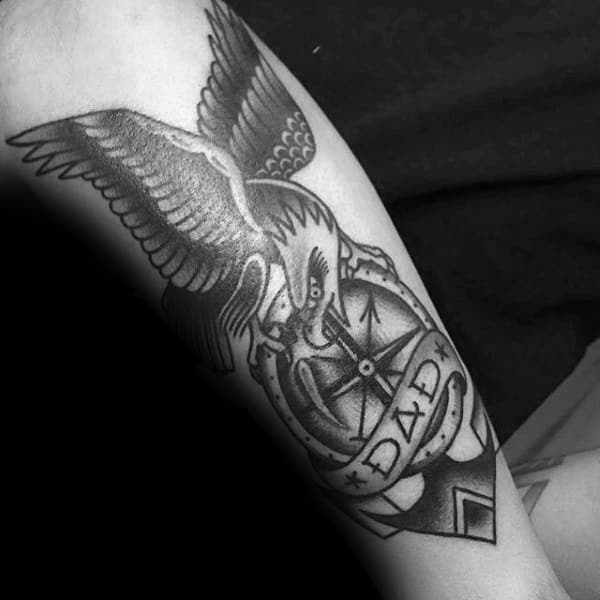 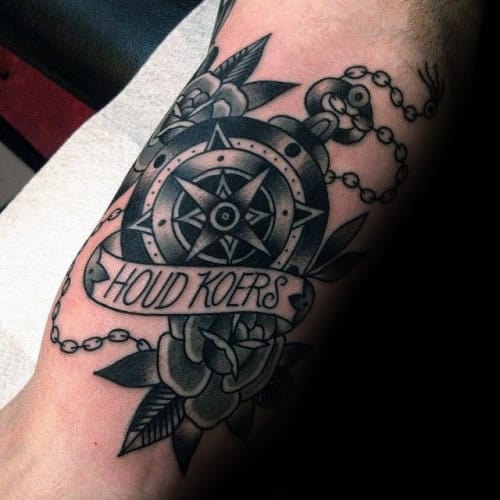 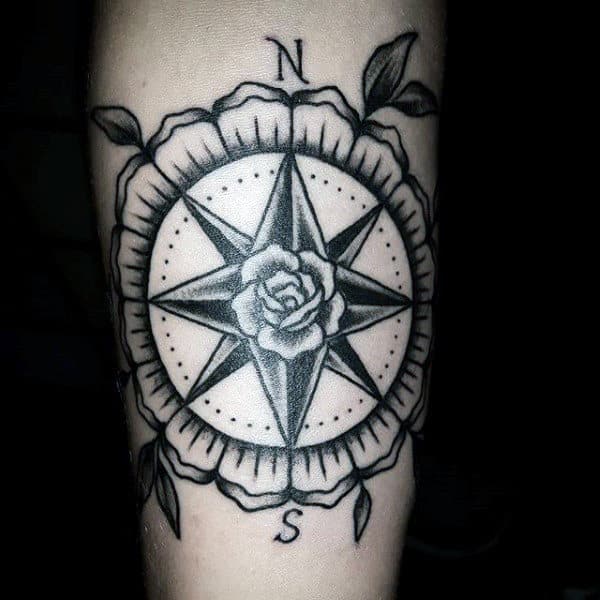 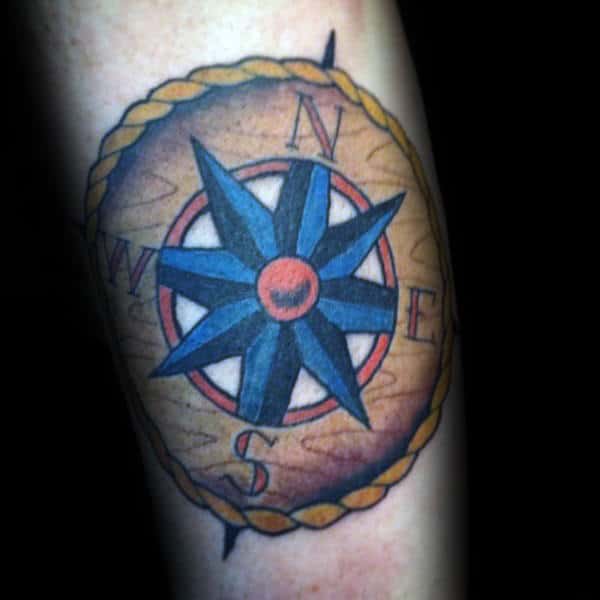 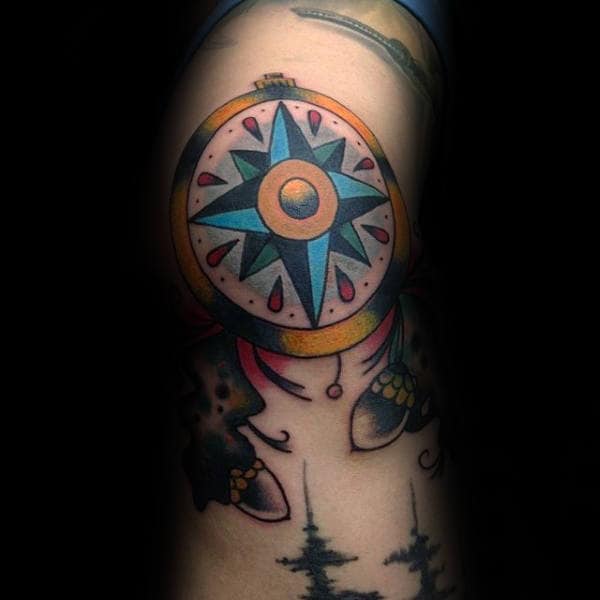 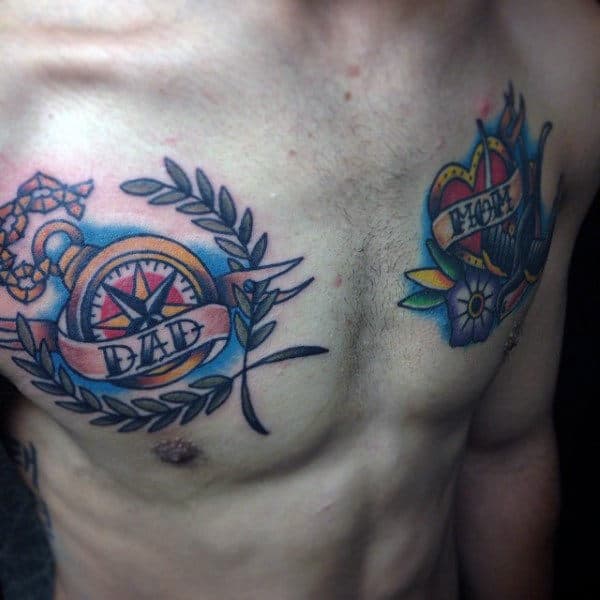 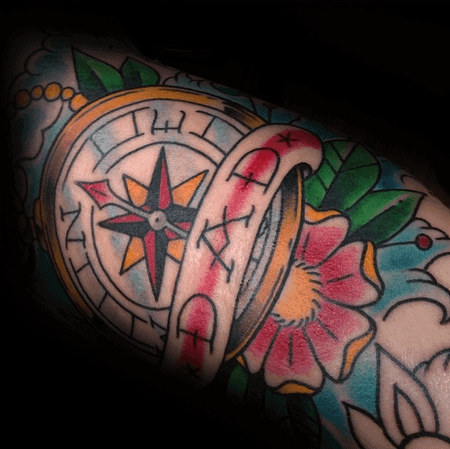 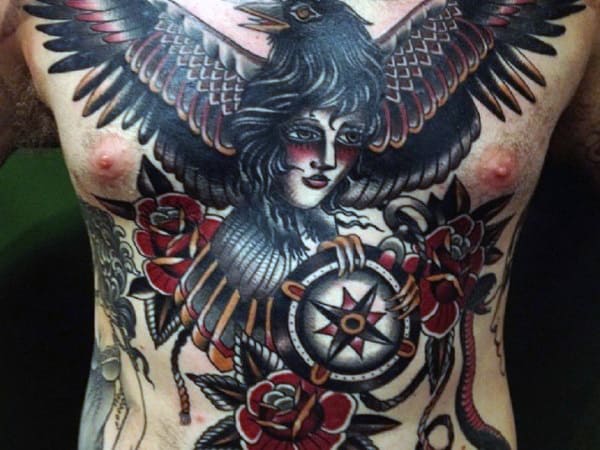 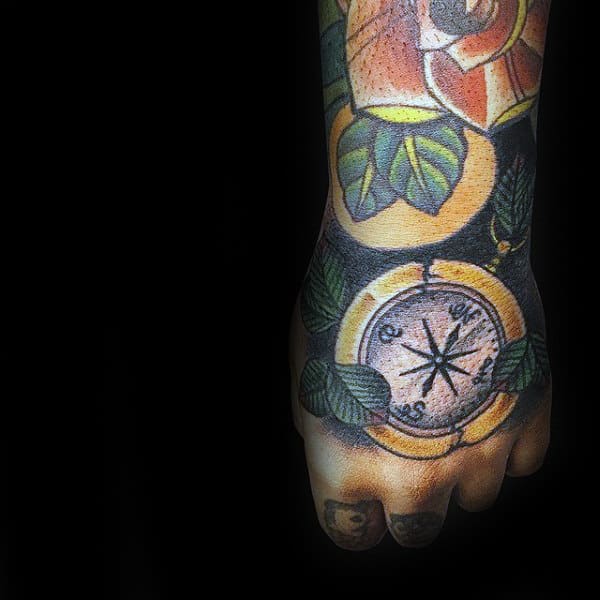 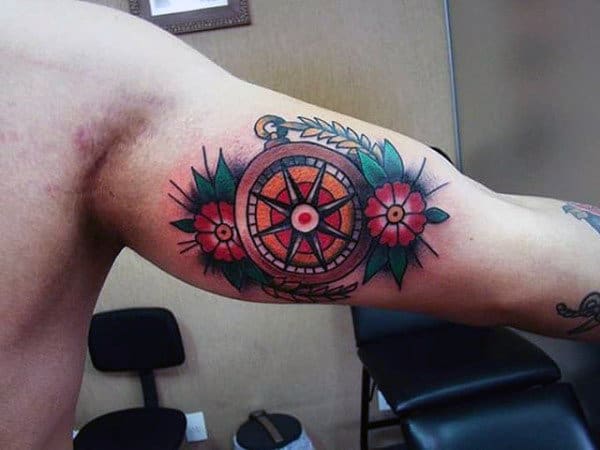 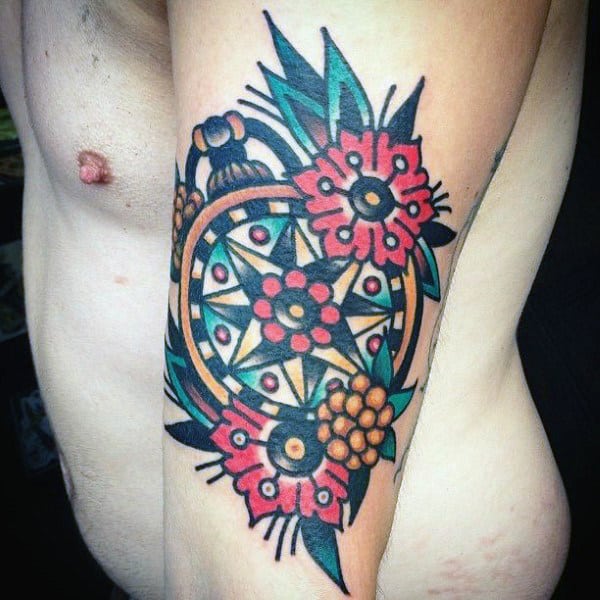 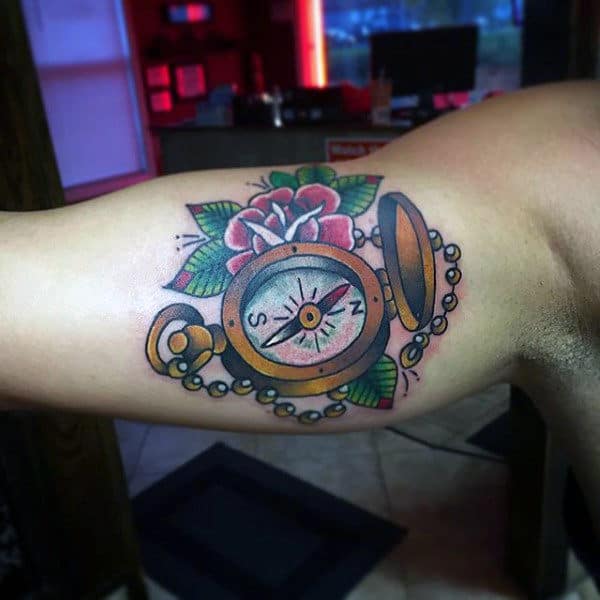 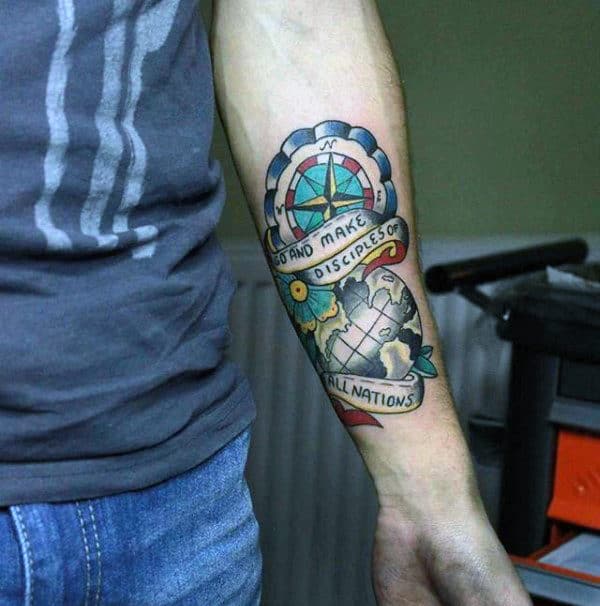 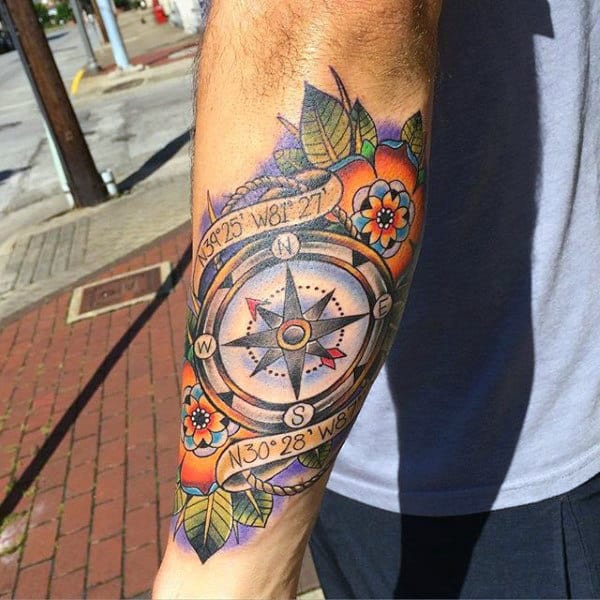 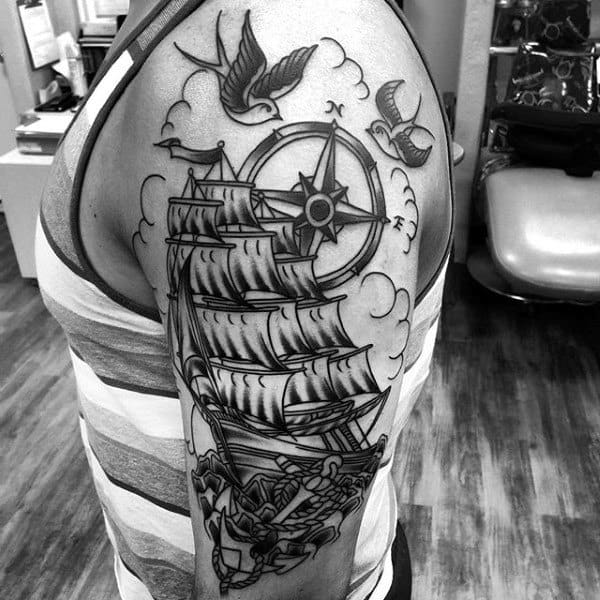 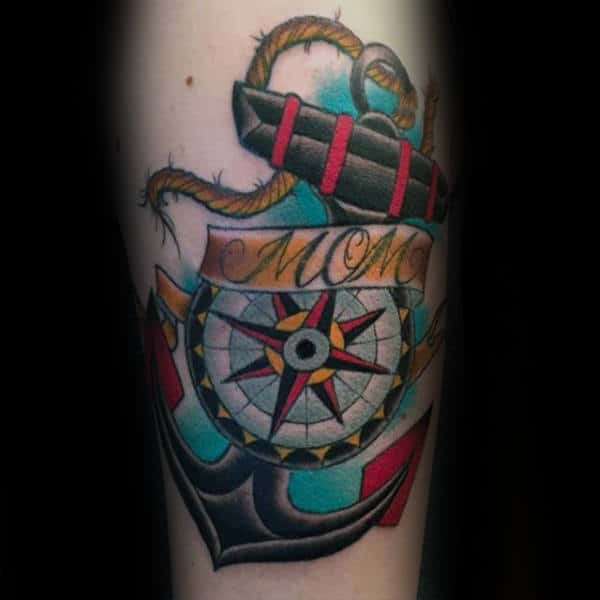 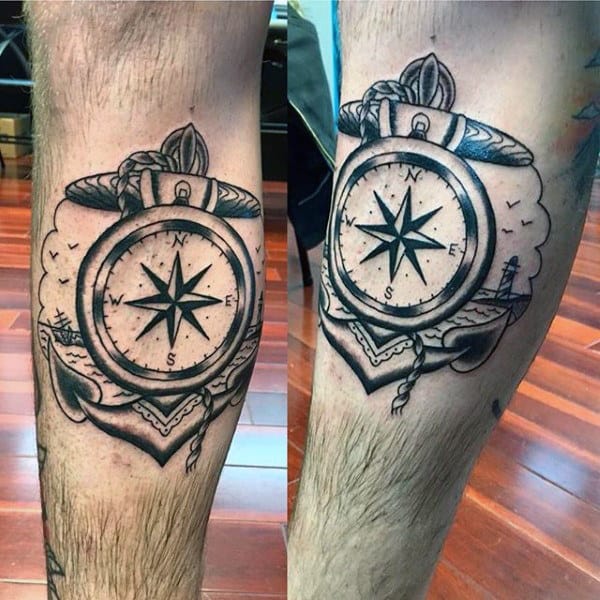 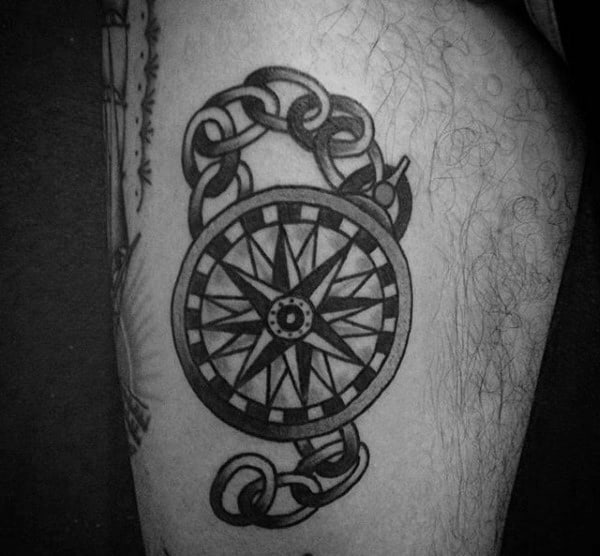 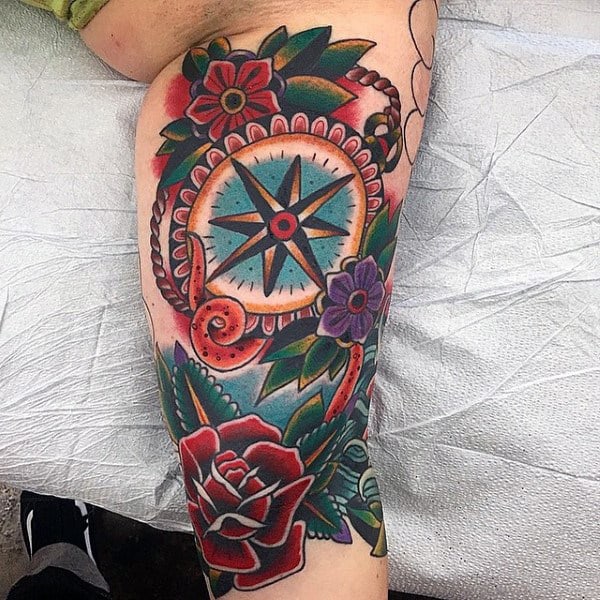 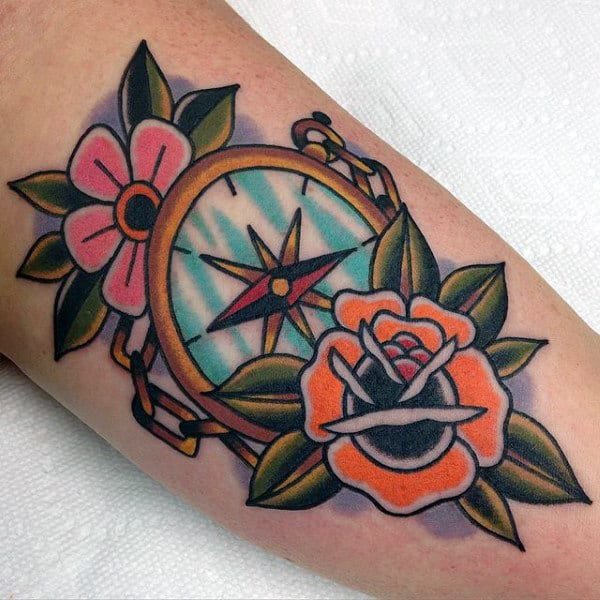 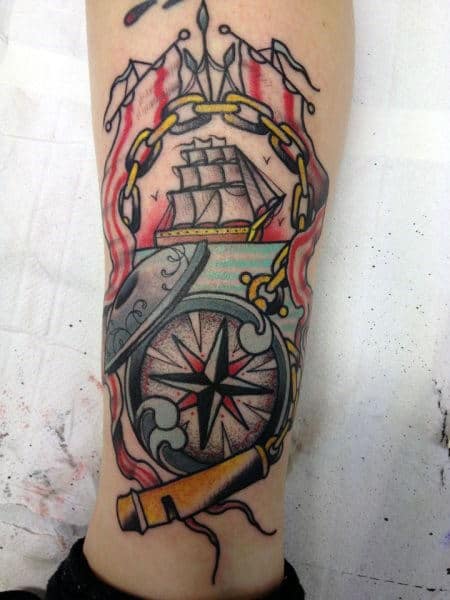 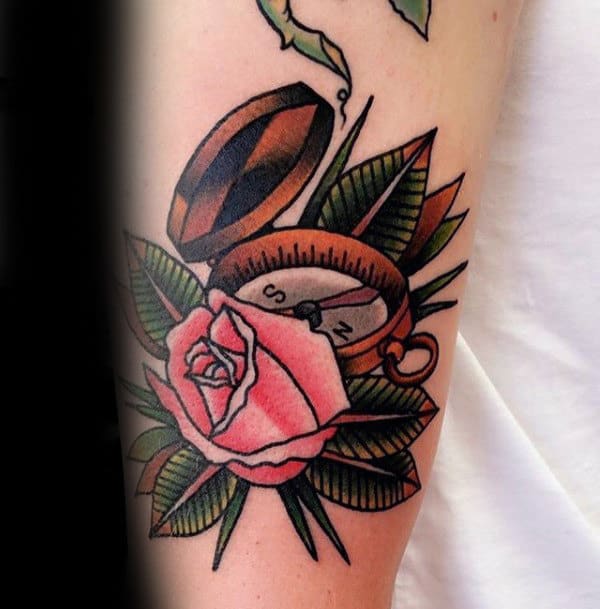 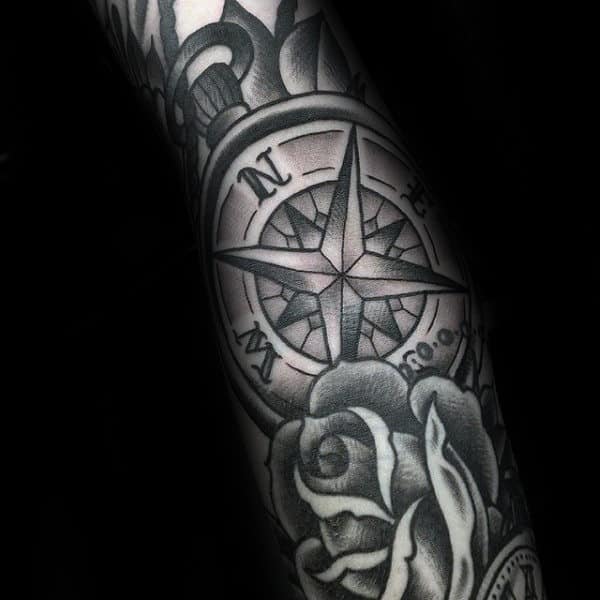 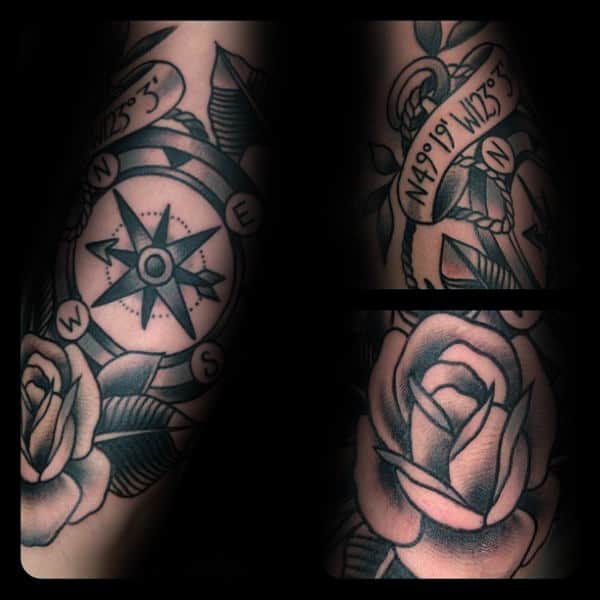 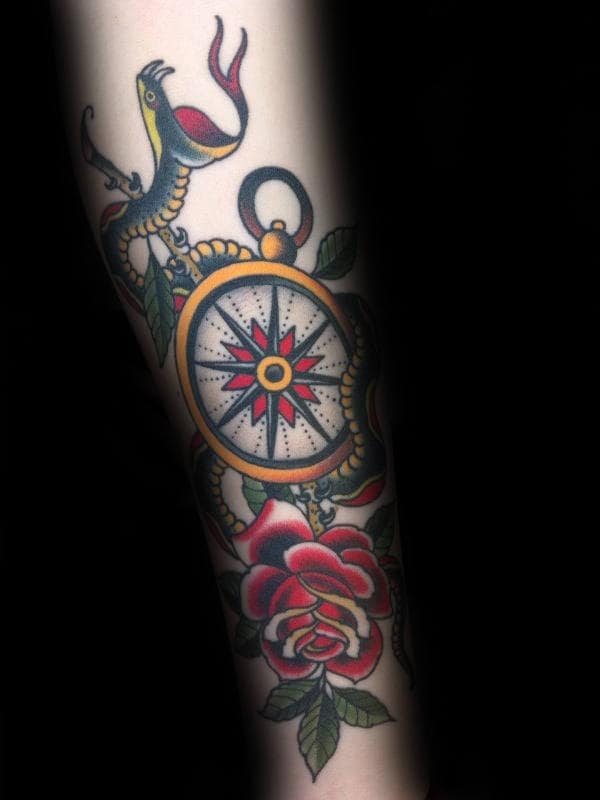 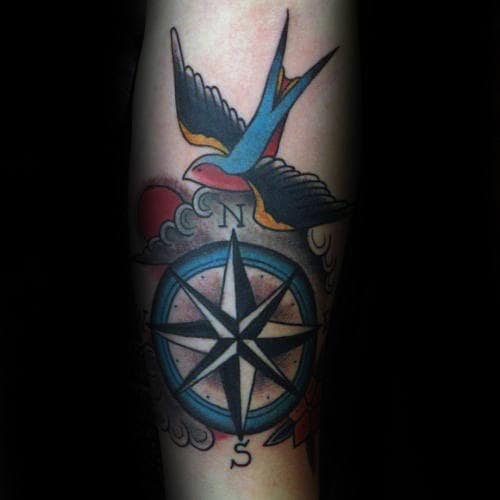 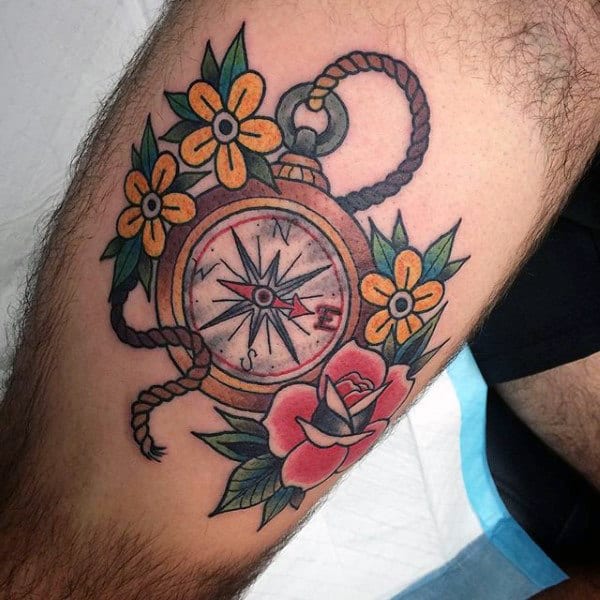 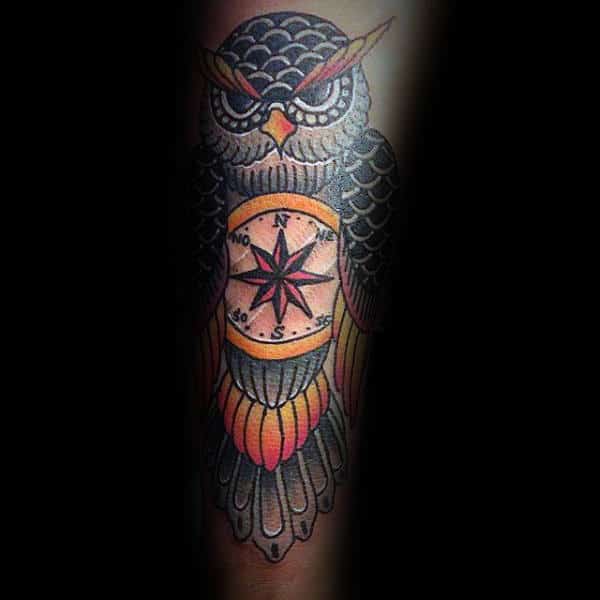