The lion has long been considered the king of the plains. The four-legged beast is synonymous with courage, strength, pride, and even royalty amongst some people. There are a variety of cultural meanings behind the lion, though the most common continue to be courage and strength.

The same goes for those who receive the lion as a tattoo.

These individuals are looking to exemplify their power, courage, honesty, loyalty, or nobility. Some well-off families would have the lion on their family crest, and this type of design translates well into tattoo form.

Some tattoos of the lion take things a step further by borrowing from other cultures. For example, in Egypt, two lions together – back to back – would symbolize the East converging with the West, or sunrise and sunset.

The lion is also known as a protector of sorts, and the tattoo could be seen as protection against all that life is throwing at someone. The meaning, like that of all other tattoos, is entirely up to the individual wearing the design on their body. 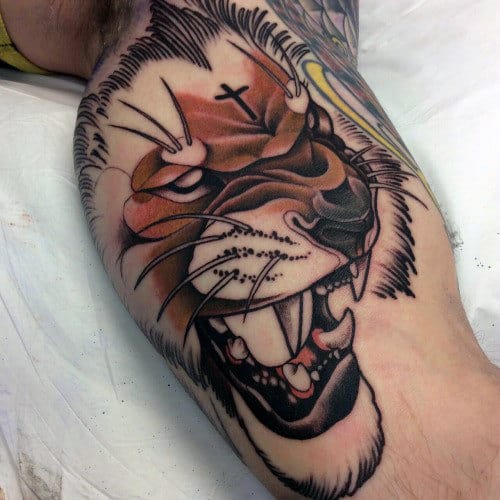 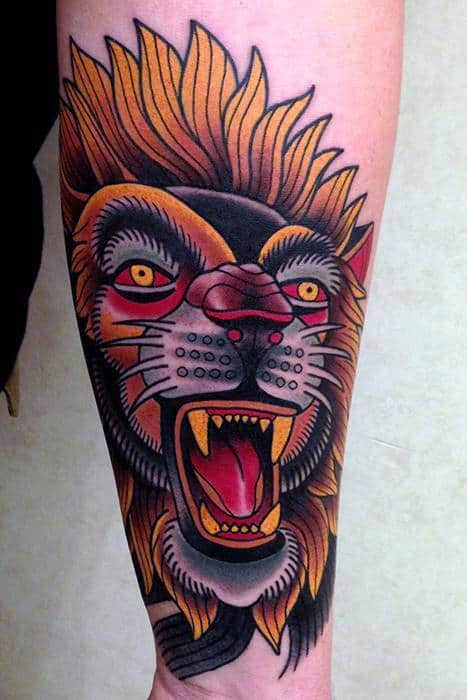 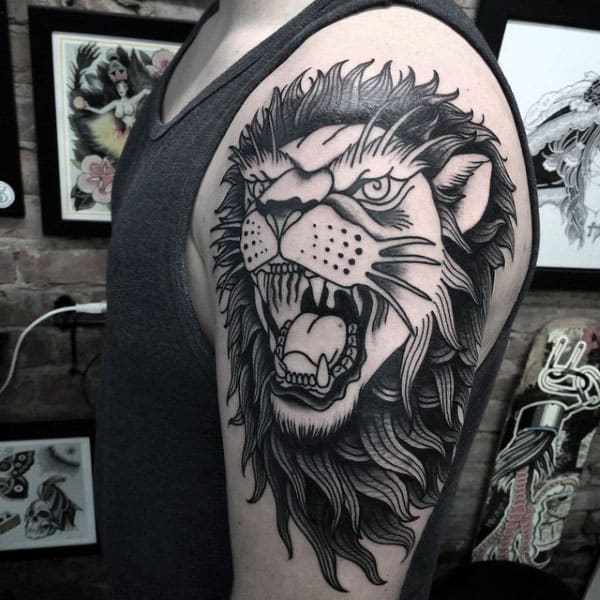 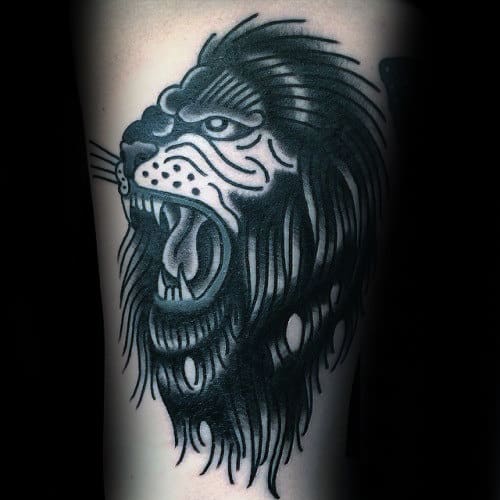 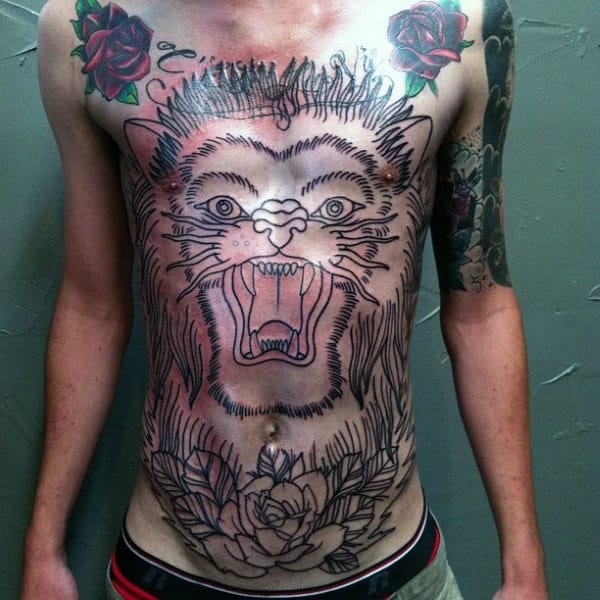 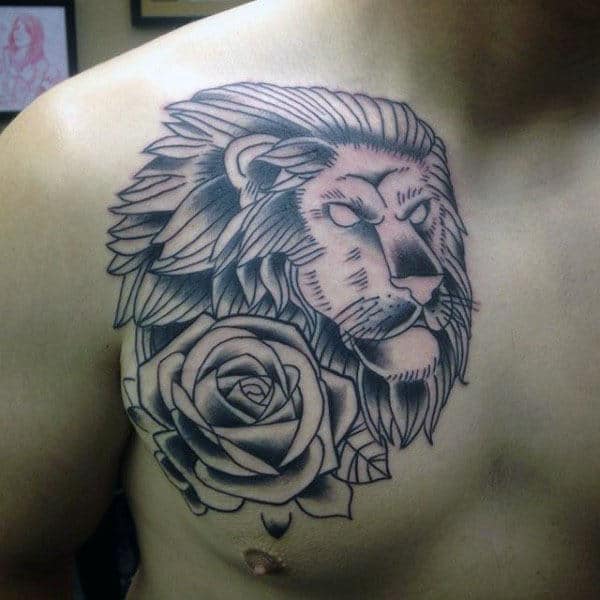 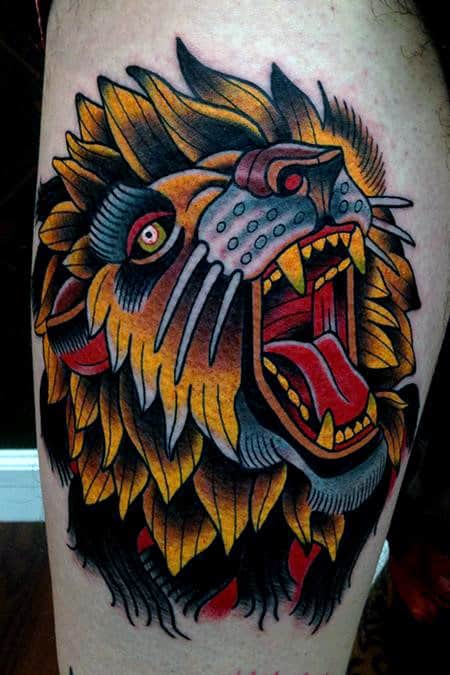 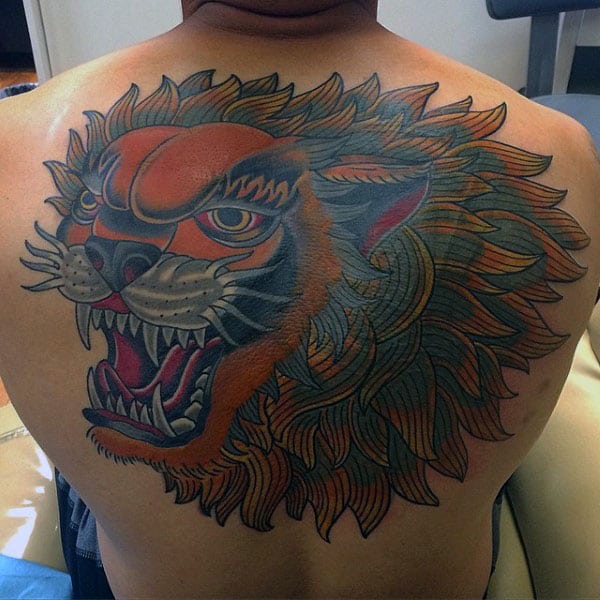 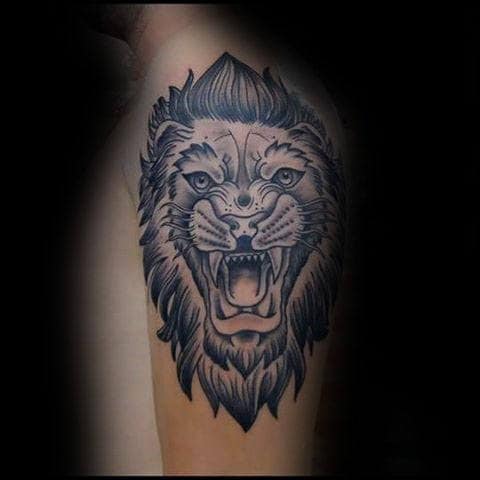 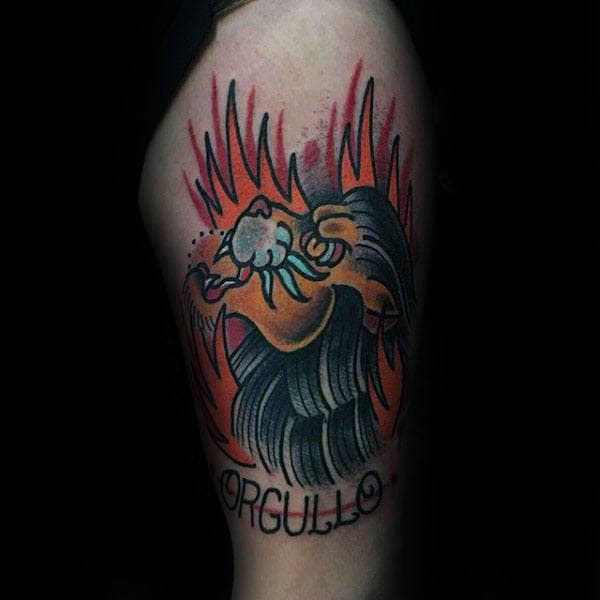 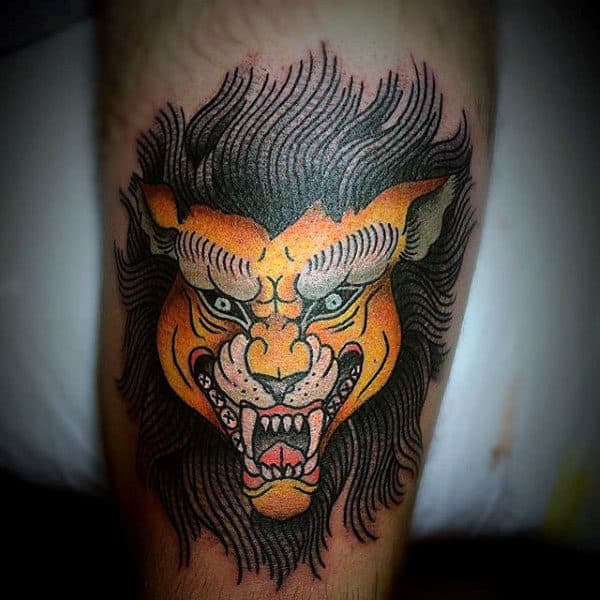 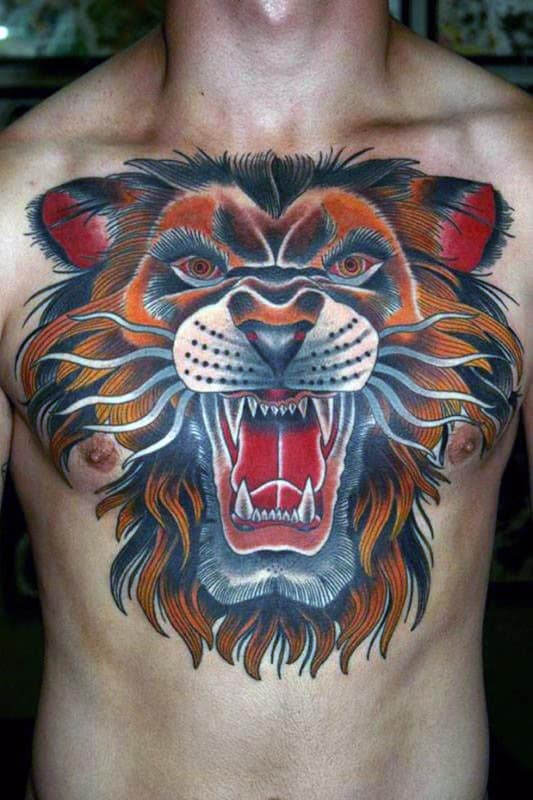 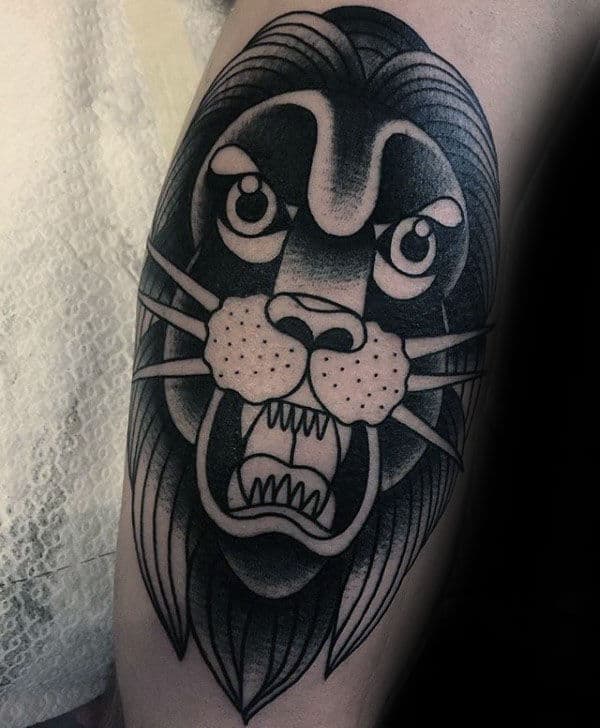 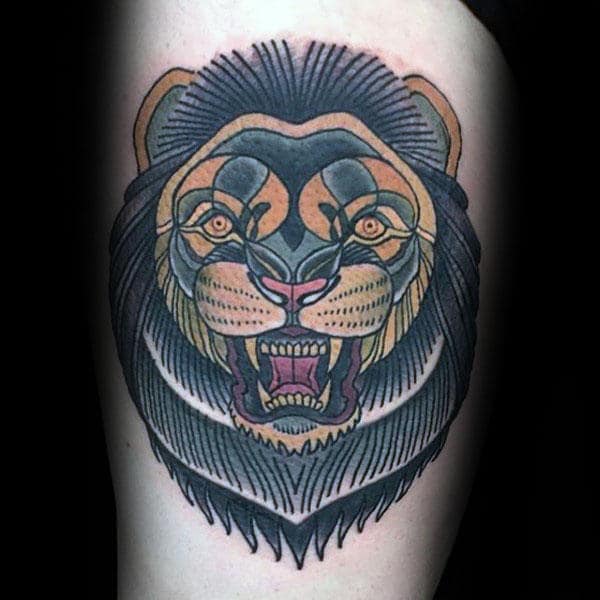 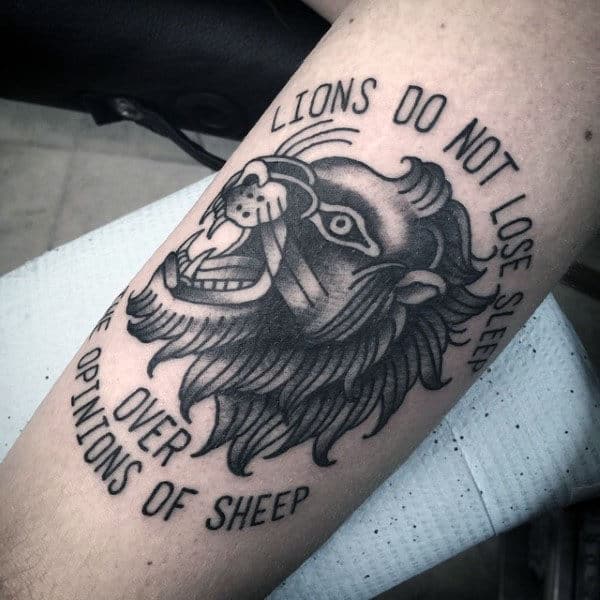 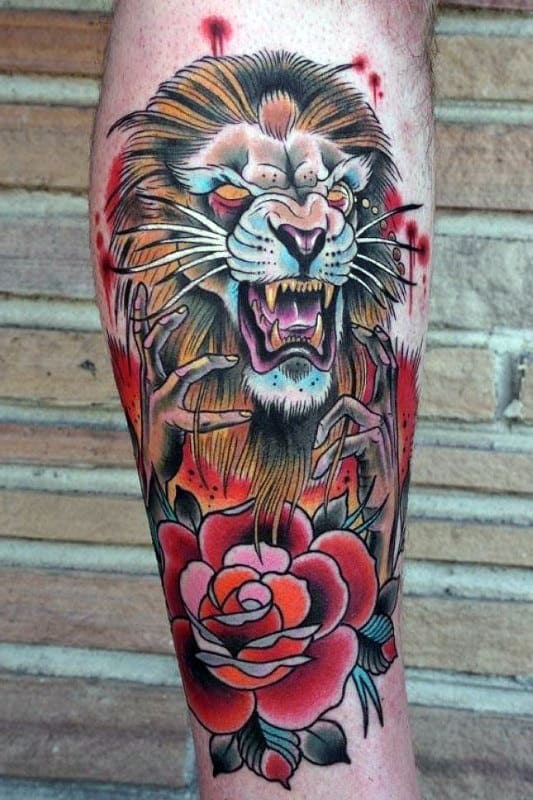 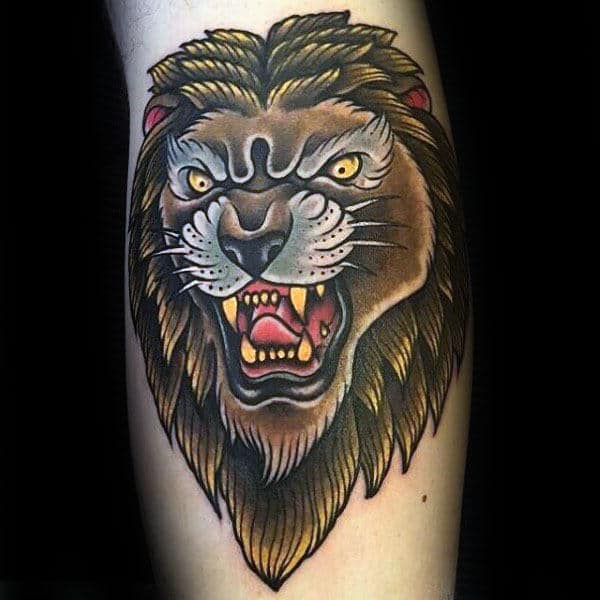 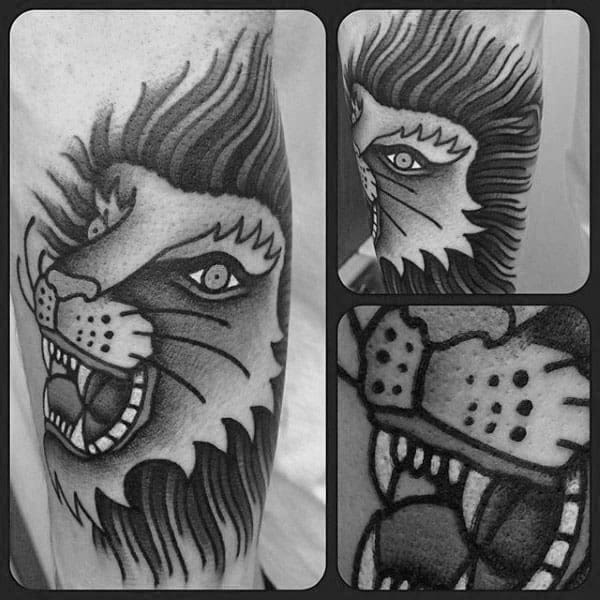 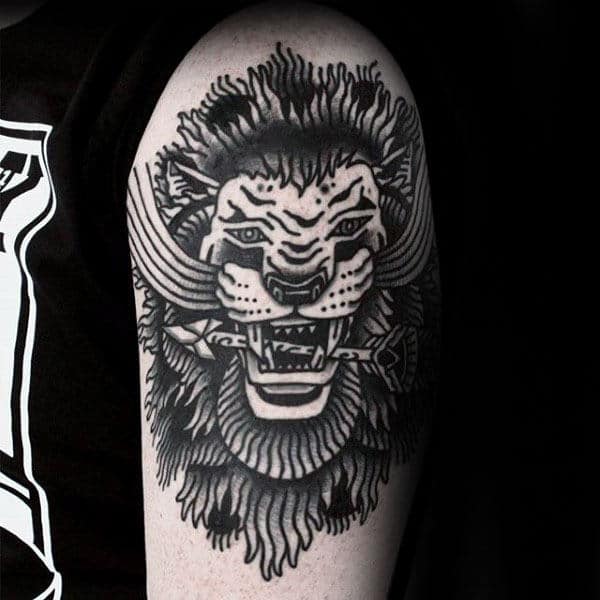 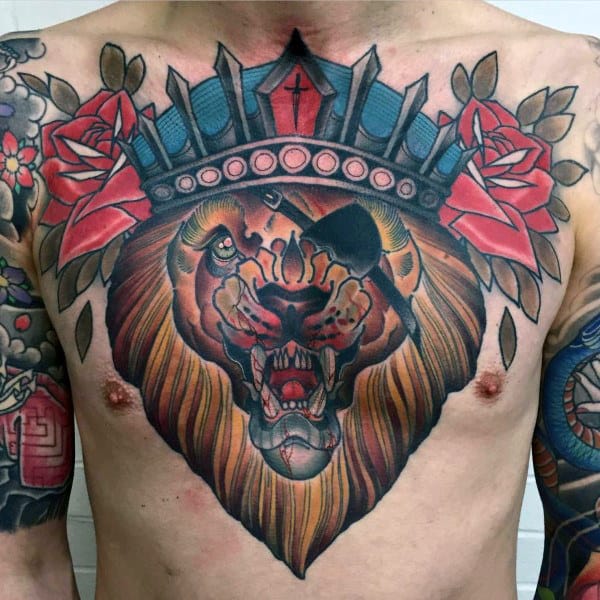 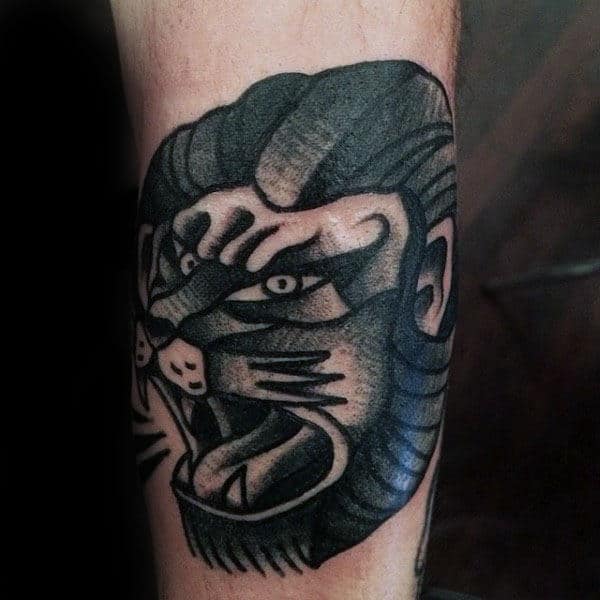 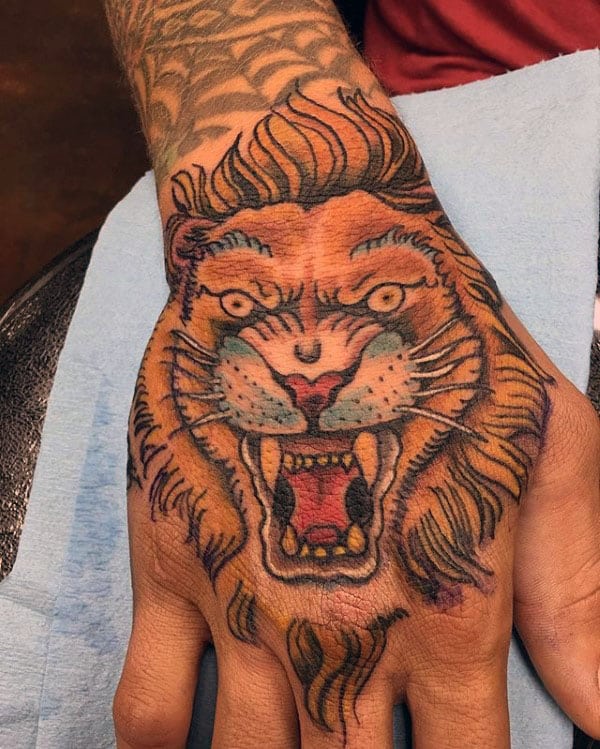 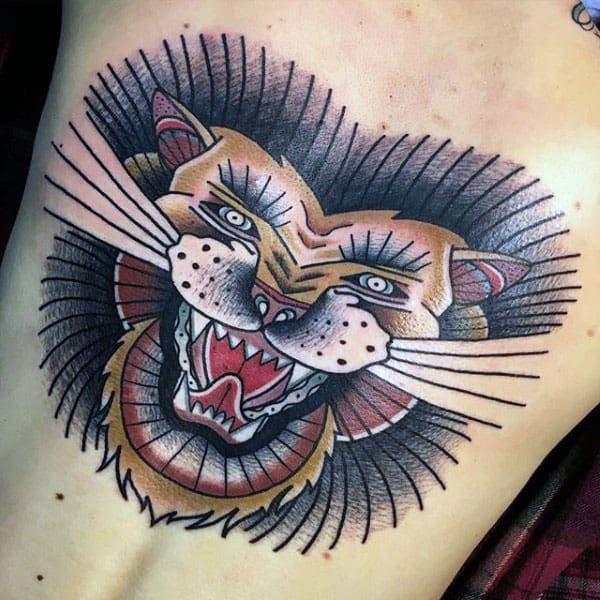 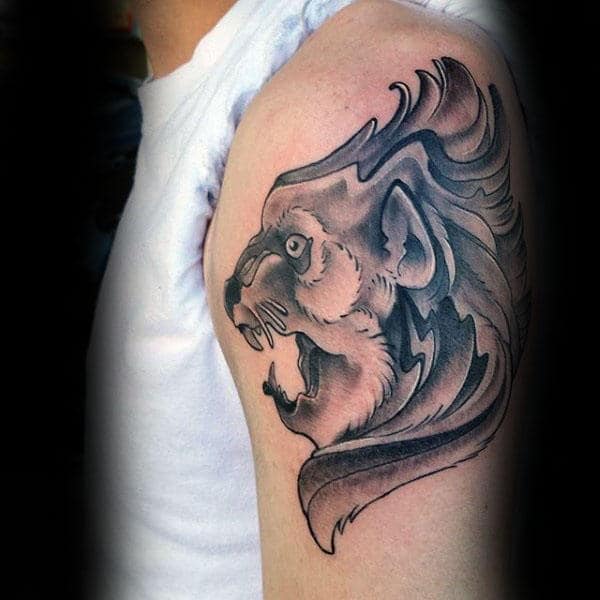