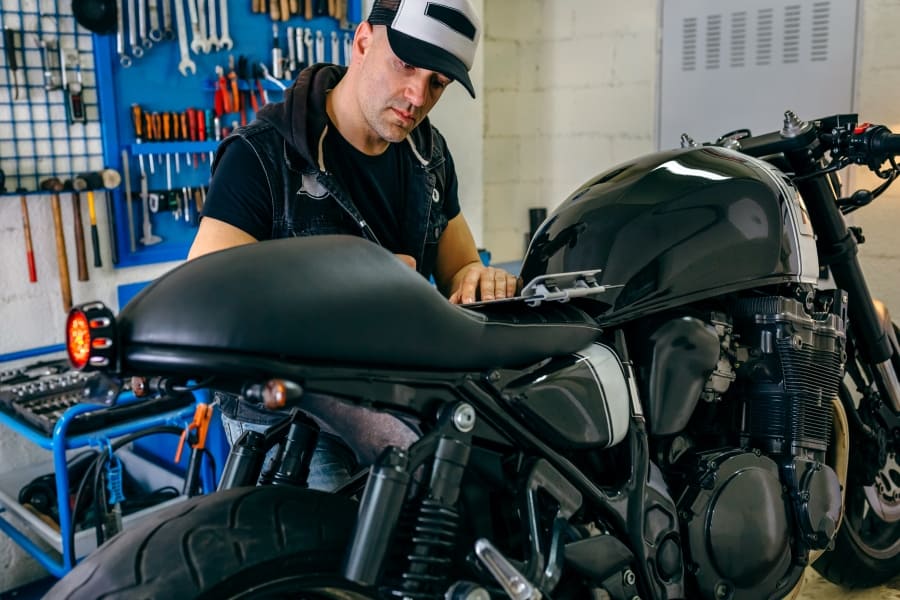 There is nothing quite like open roads, the wind in your hair, and the smell of motorcycle leather. When you have your own custom-built motorcycle, you can undertake boisterous adventures on a work of art that has been built from the ground up.

We know that not everyone wants to build a motorcycle that anyone can own. There is a unique attraction in personalizing and customizing a motorcycle according to your own tastes and preferences. If you’re looking for a bike that is something special, you might want to consider commissioning a custom motorcycle from an American builder.

Gone are the days when automotive enthusiasts had to choose between a set parameter of motorcycles designs and brands. There are now motorcycle builders specializing in a range of different styles and bike builds. Those wanting classic vintage, futuristic, steampunk, or retro motorcycle designs won’t be disappointed to learn about the motorcycle builders in America that feature on our list. 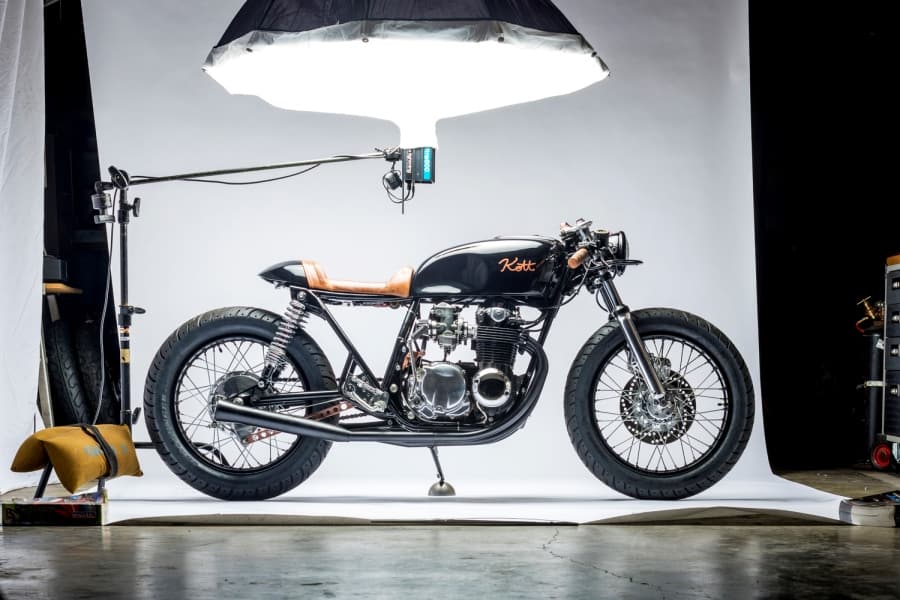 Are you someone who prefers vintage bikes for their authenticity and old-school glam appeal? Well, if you are, you might want to have a look at Knott Motorcycles. This motorcycle company is based in California and is independently owned.

Although the brand specializes in late 1970s Honda CBS custom builds, they are not afraid to take on any build, no matter how challenging. Interestingly, Knotts motorcycles focus on building vintage motorcycles that are road-ready cafe racers.

They will build you a motorcycle that highlights and redefines functional simplicity in antiquated motorcycle designs. Yet, they will do this while ensuring your bike includes all the many modern technological benefits seen with the latest motorcycles. When you choose a Knott Motorcycles custom build, you will also receive a bike that is ergonomic, stylish, and true to its vintage foundation. 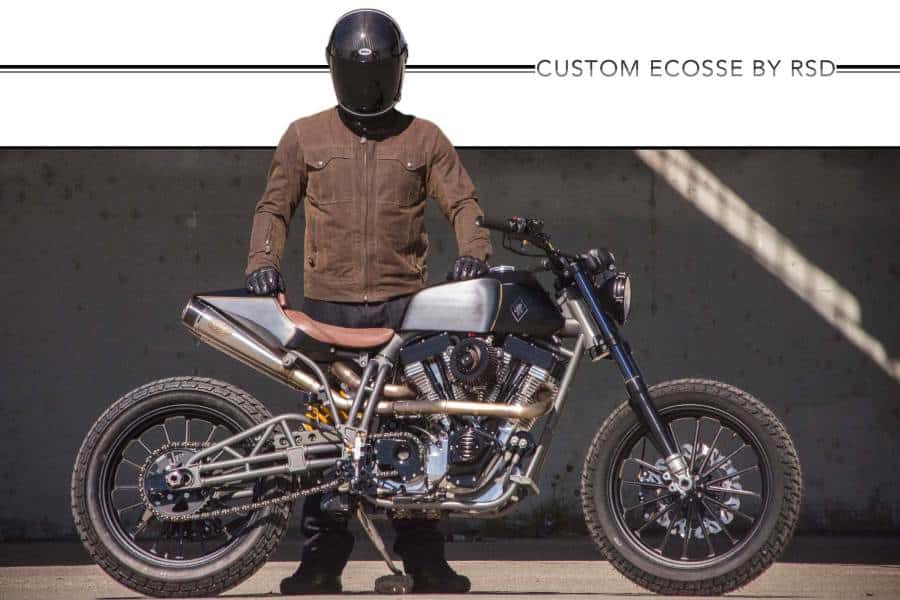 Those big spenders with a sizable budget should consider one of the industry’s very best custom motorcycle builders, Roland Sands. Since this California-based company has become popular in recent years, you might find it difficult to obtain a custom build, but it’s not impossible.

This motorcycle custom build company was founded by Roland Sands, who was a professional motorcycle racer. He brings a unique insight into motorcycle building because of his professional career. He consistently pushes the limits of big V-twins and is renowned for turning them into gorgeous, well-performing machines.

Along with building bikes, this company also specializes in spare parts and apparel. If you’re not sure if you want to fully commit to a Roland Sands custom build bike just yet, why not consider checking out the brand’s apparel and accessories. Better yet, if you have your own bike already, have a look at replacing some of the parts with some of the latest pieces released by Roland Sands. 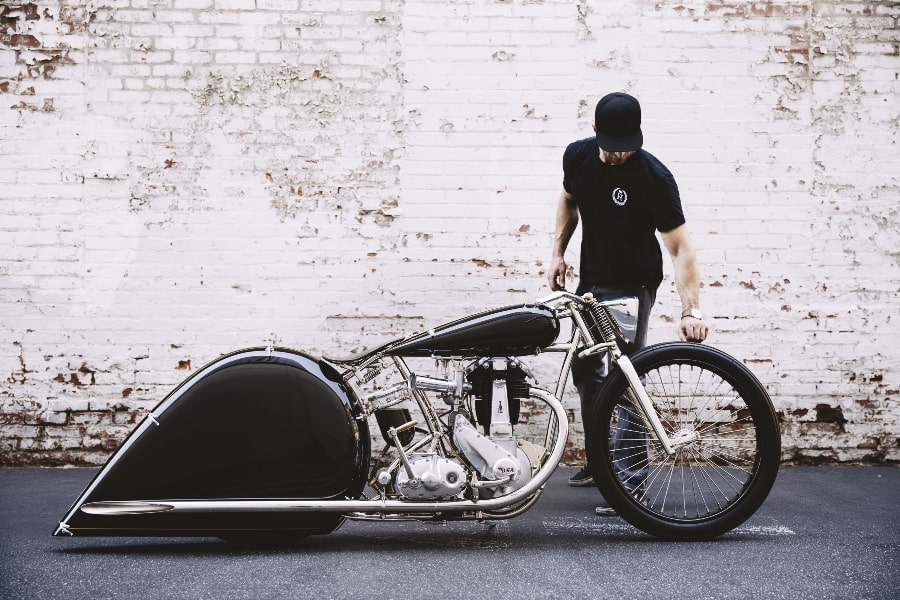 Hazan Motorworks is unique because one person personally makes every custom bike build that leaves this shop. When you want a build that will get you noticed, you choose Hazan Motorworks. This company is located in California and is renowned for completing builds that look like they belong on a Hollywood film set or in an art museum.

The founder Max is responsible for building each motorcycle which is why you can trust that you will receive a bike that has been built according to exacting standards. Every custom build is seen as a rare sculpture and is treated as such.

Unlike a few other custom build motorcycle companies, Hazan Motorworks doesn’t categorize themselves according to the builds they complete. They are known for their bobby builders, cafe racers, and choppers. 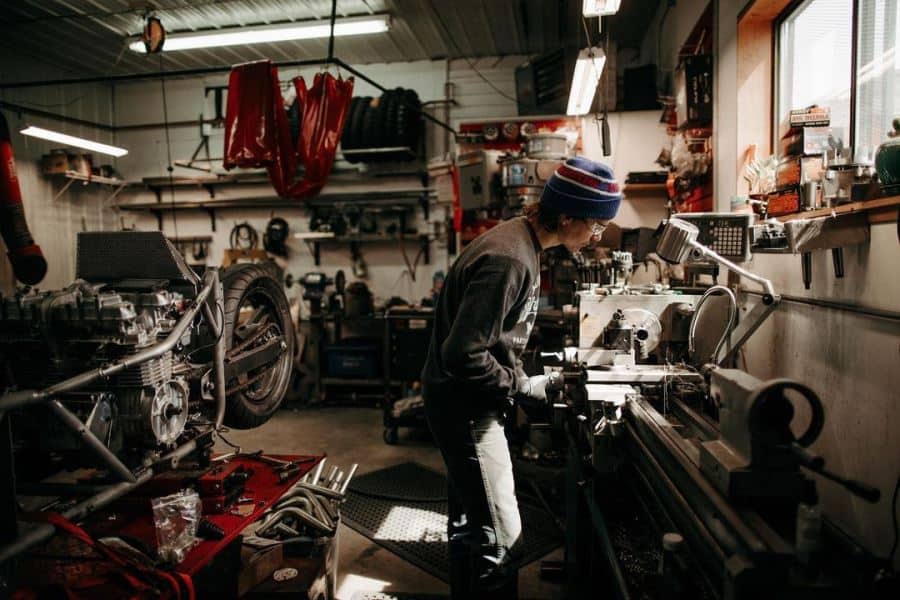 If you’re seeking an American motorcycle builder that is innovative and open-minded, you may want to have a look at Number 8 Wire Motorcycles. This reputable motorcycle builder is based in Denver and was founded in 2013 by Colin Cornberg, who is known for thinking outside the box when he designs and builds motorcycles.

However, you should note that Number 8 Wire Motorcycles is only open on an appointment basis. If you’re eager for a custom build with this innovative company, you will need to set up an appointment. 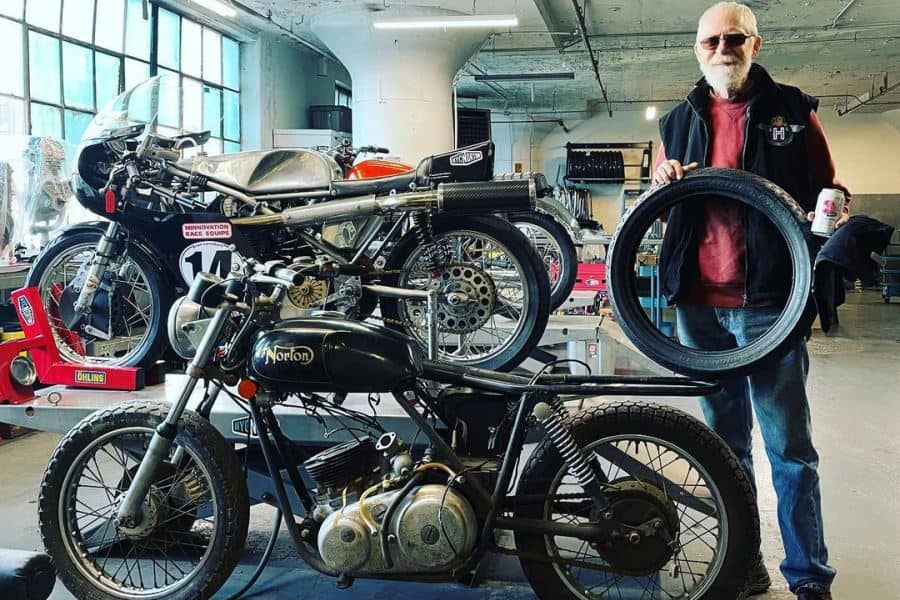 Do you want to have a custom-built Norton motorcycle completed by a company that has had bikes in Daytona races alongside other famed competitions across America? If so, you might want to have a look at NYC Norton.

NYC Norton is well known in the custom motorcycle building industry for building and restoring Norton motorcycles that meet exacting industry standards. According to sources, this brand specializes in long-term projects, but they have been known to accept smaller modifications and bike rebuilds.

In addition to building bikes to the highest standards, each of their custom motorcycle builds features spectacularly beautiful aesthetics. When you purchase a custom build from NYC Norton, you’re receiving a bespoke creation that cannot be replicated. 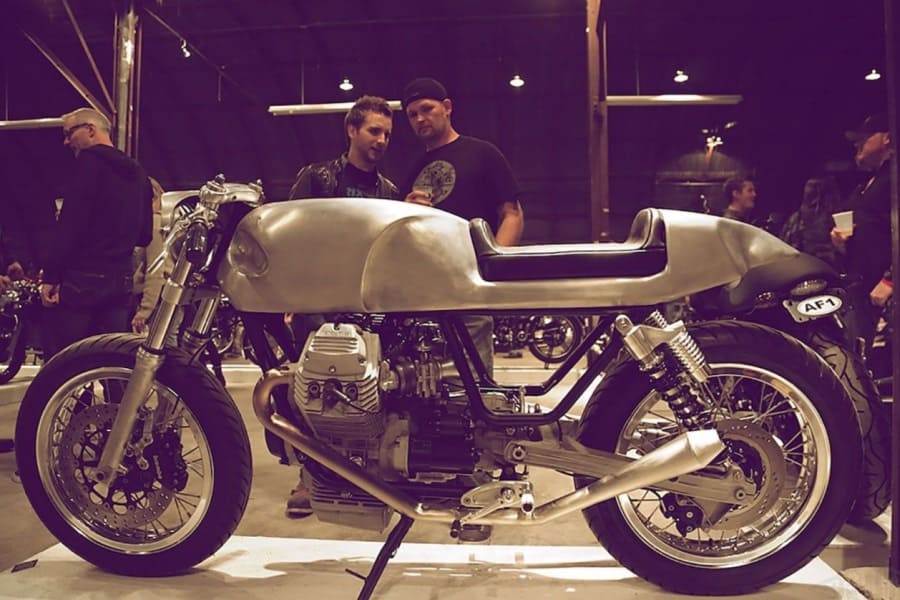 Should you want a motorcycle that will be designed according to your specifications while still encompassing the builder’s signature flair, you’re going to want to consider Revival Custom Cycles. Based in Austin, Texas, Revival Custom Cycles is more than meets the eye.

This motorcycle brand is not only a simple custom bike builder. They classify themselves as a design house. Their designs are unlike anything you have likely ever seen before. For example, you won’t have any issue finding custom parts for a motorcycle that match the exact color you want.

In addition to completing custom builds, Revival Custom Cycles also owns their own store where you can pick out the gear, complete repairs, and participate in motorcycle events and shows around the globe.

Each of their motorcycles is designed to be functional yet aesthetically pleasing. You can get everything from a futuristic custom bike build to a trendy steampunk design. There is almost no limit to what they can do for you with this motorcycle design house. 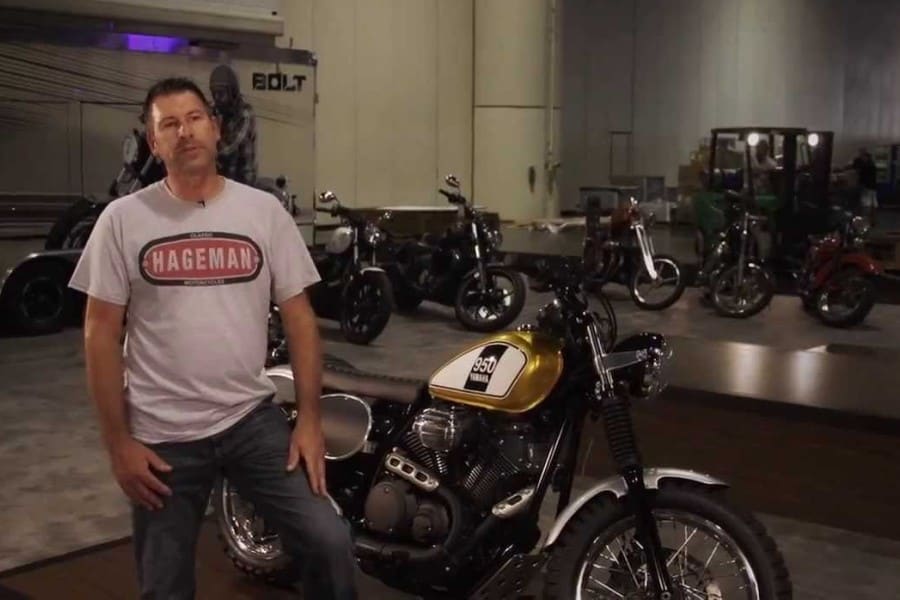 Not many American custom motorcycle builders are as obsessed with perfection as Hageman Cycles. Although this small shop operated out of Florida isn’t as large as a few of the others on our list, it definitely shouldn’t be scoffed at.

Every bike that is built by Hageman Cycles is show-worthy. In some instances, you might have trouble convincing yourself to ride one of these custom creations that are absolute works of art. Additionally, if you want an old bike, custom rebuilt, this bike builder might be perfect.

No matter how old and ugly your bike is, they can rebuild it and recreate it into something you can hardly imagine. Hageman Cycles can do this because they have 11 years in the motorcycle industry, so you can rest assured they know all the tricks of the trade. 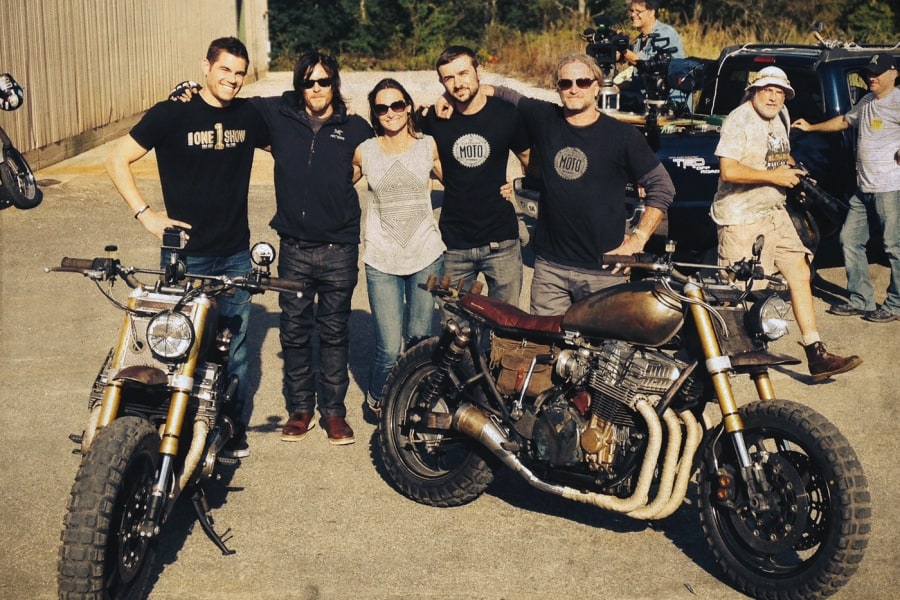 Do you want your motorcycle to showcase a one-of-a-kind personality? Classified Moto specializes in custom building models that are built with a combination of old and modern components.

Although some might find this Frankenstein Esque way of building questionable, the brand has built some beautiful bikes that have stood up against scrutiny. There isn’t any other company that builds the style of bikes that this Virginia-based builder does.

Often the builds that come out of the Classified Moto workshop are described as featuring a post-apocalyptic steam pump aesthetic. In addition to their unique motorcycle styling, Classified Moto is also mysterious. Their showroom isn’t typically open to the general public, and it is found at a secret location. 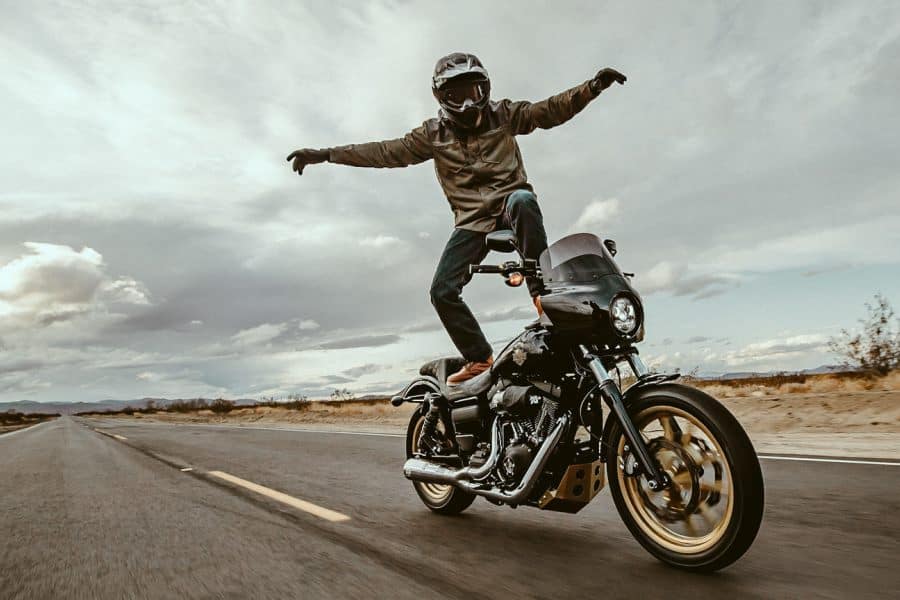 Not every bike is going to stand out, and not every person wants their bike to draw attention. Yet, if you want to own a motorcycle that will place everyone’s attention firmly on you, you might want to consider a custom build from Icon 100.

This Oregon motorcycle company is well known for creating dystopian motorcycle builds. Every bike they produce features a combination of retro styling alongside futuristic flair. They don’t only specialize in a singular type of bike build. You can order anything from a chopper to a superbike from Icon 1000.

Another aspect that makes this motorcycle builder sought after is that each bike is built by a team of qualified builders who have the skill and knowledge to create a bike no one else will be able to replicate. 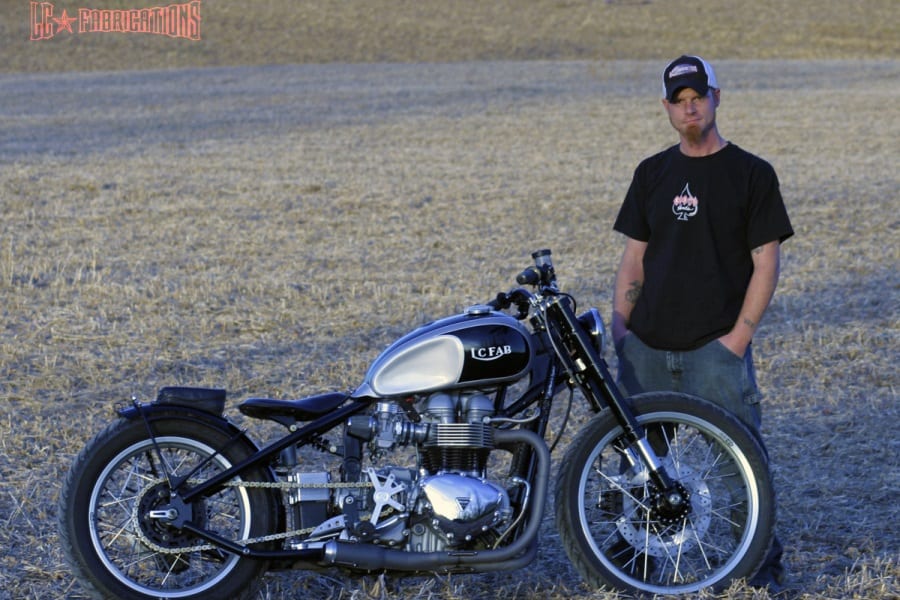 LC Fabricators have been in the custom build motorcycle business since 2006. Although this brand was only founded in 2006, it stretches back six generations which is why each bike that is built is quality.

LC Fabrications is based in Virginia. They specialize in custom parts for modern Triumphs and Sportsters. Yet this does not mean that they don’t complete custom motorcycle builds. LC Fabrications is American-born and American-made. They take pride in building bikes that exhibit a blend of classic design alongside decades of experience to create one-of-a-kind machines.

Since designs of the past inspire LC Fabricators, their motorcycles have a vintage look and feel. Yet, they can complete everything from old school shaping to innovative machining while mixing steel, wood, aluminum, and other materials to create a truly unique build. 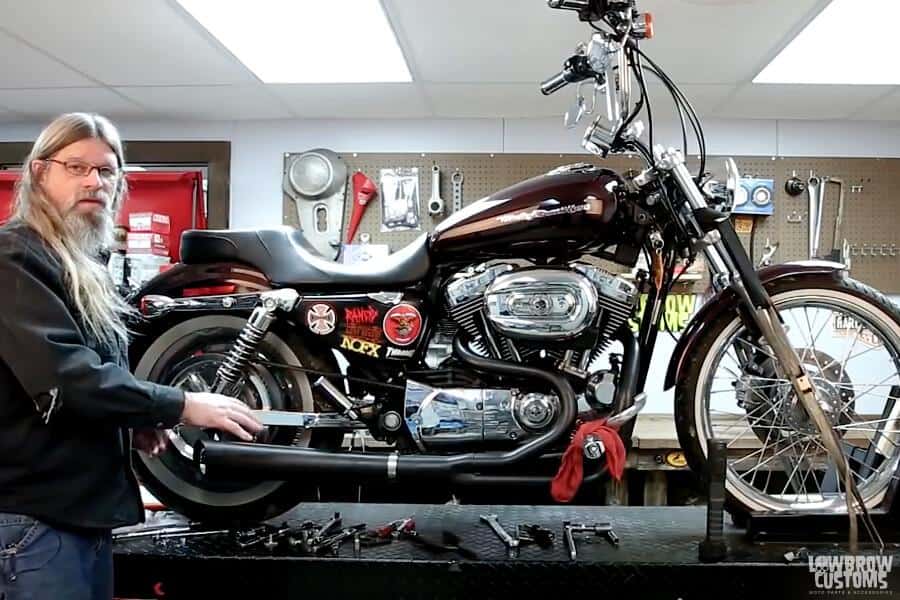 One of the most popular custom motorcycle builders in the Midwest is Lowbrow Customs. This motorcycle builder and custom parts specialist focuses on building premium quality custom-built choppers. They have been an instrumental participant in the custom build motorcycle industry since 2004.

If you want to build a motorcycle that features old-school flair, you will want to consider Lowbrow Customs. They have a large community of technical support experts who can help you design and create the custom bike of your dreams.

In addition to custom builds, Lowbrow Customs also specializes in problem-solving for all types of bikes. Moreover, they also produce custom parts that you can purchase from them to install yourself. 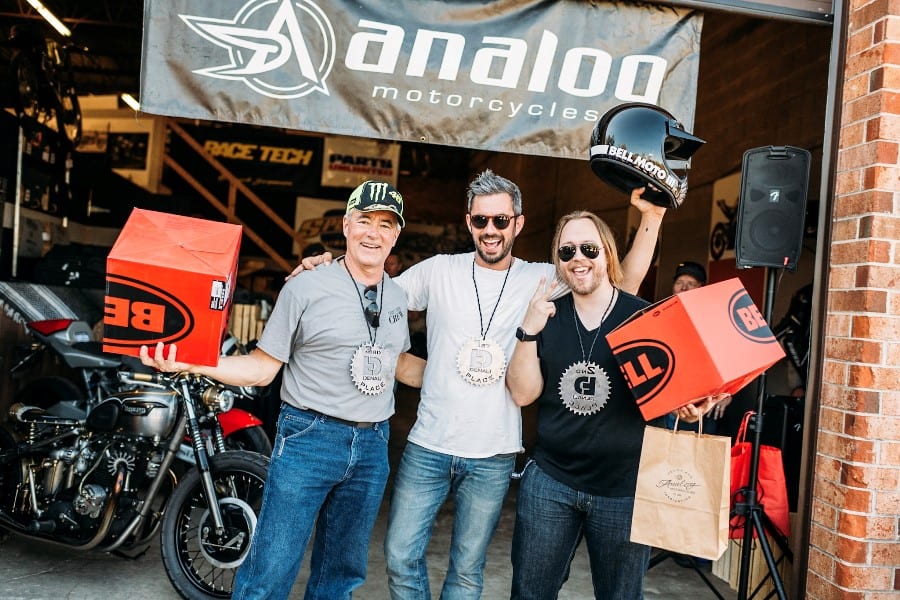 One of the custom motorcycle building companies that creates spectacular no-nonsense bike builds is Analog Motorcycles. This company is based in Milwaukee, Wisconsin. So what sets this bike brand apart from the others on our list?

Well, Analog Motorcycles was founded by Tony Prust, who has a background in carpentry and audio engineering. With these skills, Prust knows his way around the design and tech aspects when building a motorcycle.

Unlike other motorcycle companies, Analog Motorcycles isn’t afraid to work with older motorcycles. In fact, the older, the better as they enjoy a challenge. Simply put, they enjoy making bikes that are old and mistreated, shiny and new again.

See more about - The 7 Best Electric Motorcycles In 2021