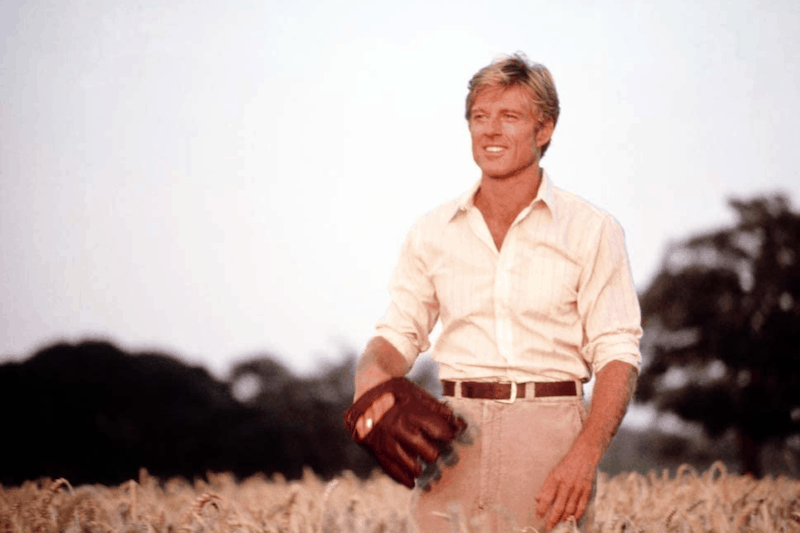 The 10 Best Baseball Movies of All Time

I love baseball. There’s a romanticism to it that other sports simply don’t have. It’s something about how a game can explode into life, the hard yards a player has to put in to get into the majors, and the mental battle that goes on at the plate.

It’s this romanticism that makes baseball perfect for the silver screen. There have been countless movies made about America’s game, but some have been a lot better than others.

Here we’re going to look at the 10 best baseball movies of all time. There are some great works of fiction along with some of baseball’s most compelling real-life stories. We’ve also got some old cult classics along with more modern films. What they all have in common is that they are brilliant baseball movies.

Hopefully your favorite will make the list, but if you’ve not seen any of these, make sure to watch them as soon as possible. Let’s start with the greatest baseball movie of all time . . .

Many would rank this as their favorite baseball film of all-time and we’ve got to agree. Kevin Costner, Tim Robbins, and Susan Sarandon combine for a memorable film that has everything you want from a baseball movie.

Many people love it as the film shows the industrious side of baseball that we don’t often get to see. It shows the travel and the commitment most players have to go through, along with the struggle to get to the majors.

Costner plays a minor league catcher who’s recently been traded to the Durham Bulls as he enters the twilight years of his career.

His role at the ballclub is to tutor an erratic pitcher played by Robbins. While it’s a comedy in the main, the film is littered with charming moments and a strong storyline. It’s a film that puts on display all the things we love about baseball. The first time you watch it won’t be the last.

There’s nothing not to love about Tom Hanks taking charge of a ballclub in the All-American Girls Professional Baseball League. It’s a film that’s very loosely based on the real-life leagues which were created during WWII.

It’s a film that’s funny but also has plenty of heartwarming moments with an endearing story. Tom Hanks is brilliant in his role and never more so than when he delivers the infamous “there’s no crying in baseball” line. It’s probably the best quote in any baseball film.

There are many more brilliant quotes in this unique baseball movie from the early 90s, while the film also highlights the issues surrounding gender inequality and the strength of the women who played the game.

If you want to watch a soppy baseball film that has a fairytale ending then this is the baseball movie for you. Robert Redford plays Roy Hobbs who is a once-in-a-generation natural talent.

At the start of the film, we see Hobbs learning to play baseball with his father who unfortunately succumbs to a heart attack near an oak tree. Lighting strikes the tree and Hobbs uses the wood to make a homemade baseball bat. This sets the scene for the type of sentimental storytelling you can expect.

From that point on life isn’t plain sailing for Hobbs and he finds himself unable to use his natural talents to enjoy the game he loves. It’s based on a novel by Bernard Malamud and is a beautiful tale that’ll put a smile on your face.

Moneyball is another movie based on a book, but this is a very different film from The Natural. It tells the real-life story of how the General Manager of the Oakland Athletics, Billy Beane, embraced the role that sabermetrics (using data to make player decisions) can play in baseball.

Brad Pitt stars in the lead role as he tries to convince everyone around him his methods are the best way to utilize the Athletics minuscule budget when compared to other teams. Pitt gets plenty of resistance to this plan and it follows the real-life fortunes of the Athletics and their memorable 2002 season.

It’s a fascinating look at the new world of baseball but also gives you an insight into the brutal world of management decisions. Jonah Hill stars alongside Pitt and it’s no surprise both of them received Oscar nominations.

Many of the most joyous and beloved baseball movies came out in the 80s and 90s but this film came before them all. Many of a certain age will regard this film as their favorite of all time, due to its charm.

It’s a film that’s far from politically correct and it’s very much of its time. Part of the reason for its lack of correctness is because the story centers around an alcoholic former minor-leaguer who is forced to coach a team of misfit kids due to a lawsuit.

The team is terrible but their fortunes improve when the coach recruits a couple of girl players to the team. It ends up being a sweet tale that shows baseball can be about a lot more than simply winning games.

In 42 the late, great Chadwick Boseman does an incredible job at telling the story of the most important baseball player of all-time. Boseman is joined by Harrison Ford and the two of them combine for a faithful retelling of the Jackie Robinson story.

Most baseball films are easy-watching and have a romantic essence, but you don’t get that here. Instead, you get a gripping movie that will make you feel uncomfortable at times for all the right reasons.

You see what Robinson had to endure to make his mark on the majors and why there is now a day in the baseball calendar dedicated to him. You’ll witness all players wearing his famous 42 number on the 15th of April and no one else wearing it on any other day, as it’s the only number retired by all MLB teams.

If you love baseball then this is a film that you simply have to see. As well as being an important film, it’s also brilliant and does the man justice.

For many people, their favorite baseball film of all-time is an 80s movie starring Kevin Costner. If it’s not Bull Durham, then it could well be Field of Dreams. This is probably the most magical film to make the list.

The movie centers around a voice that Costner’s character, Ray Kinsella, hears in his head. Kinsella thinks the phrase he keeps hearing, “if you build it, he will come,” is in relation to his departed father and the building of a baseball diamond on his farming land. With his supportive wife by his side, Kinsella decides to take the financial hit and constructs a mini-stadium.

What turns up is the banned Chicago White Sox team from the 1919 World Series and a huge dose of sentimentality. If you’re happy to leave reality at the door for a few hours you’ll find a beautiful film that tugs on the heartstrings.

You could call this a kid’s comedy movie but in reality, it’s much more than that. It’s based around the love of baseball, how kids love to play the game, and what it’s like as a young kid trying to fit in with a new set of friends.

The film focuses on the story of Scott Smalls who has moved into a new area. He tries to play baseball but is initially useless at it. He’s mentored by one of the other kids and starts to enjoy the game. The film takes a dramatic turn when their last baseball is hit over the fence and into a backyard.

In the backyard is a huge dog called “The Beast” which they avoid at all costs. Smalls finds a replacement ball which is signed by none other than Babe Ruth. What ensues is a lot of comedy and a feel-good ending.

We’ve already looked at one brilliant film from 1988 in Bull Durham and this is another one. We mentioned that Field of Dreams looks back in nostalgia at the 1919 Chicago White Sox but this film takes a dramatic look at one of sport’s biggest scandals.

It’s well-known the team famously threw the World Series due to the wishes of the infamous gangster Arnold Rothstein. It was a horrible moment in the sport’s history and one which Eliot Asinhof wrote about in his 1963 book titled Eight Men Out: The Black Sox.

This film uses that source material to retell the story from a human perspective of players who felt they had no other choice but to deliberately lose. Most baseball movies are easy-watching but this is perfect for those who wanted to see something a little more dramatic.

The acting is brilliant and it also serves as a great history lesson for any baseball fan who knows little about the 1919 scandal.

We mentioned 1988 as being a great year for baseball movies but that was perfectly followed up by 1989, with Field of Dreams and this classic, Major League. If Eight Men Out is one of the best serious baseball films, this is perfect for those that want a laugh.

If we were doing a list of the funniest baseball movies of all-time then this could well come out on top. It has a similar premise to Bull Durham in that an aging catcher is assigned to improve the game of a brash new pitcher.

It has a brilliant list of actors, including Charlie Sheen, Wesley Snipes, and Tom Berenger, who deliver excellent performances. It’s another on the list that has a hilarious list of quotes that you’ll probably be saying for years to come. It’s a worthy comedy in its own right but even better if you love baseball.

See more about - The 25 Best Sports Movies of All Time