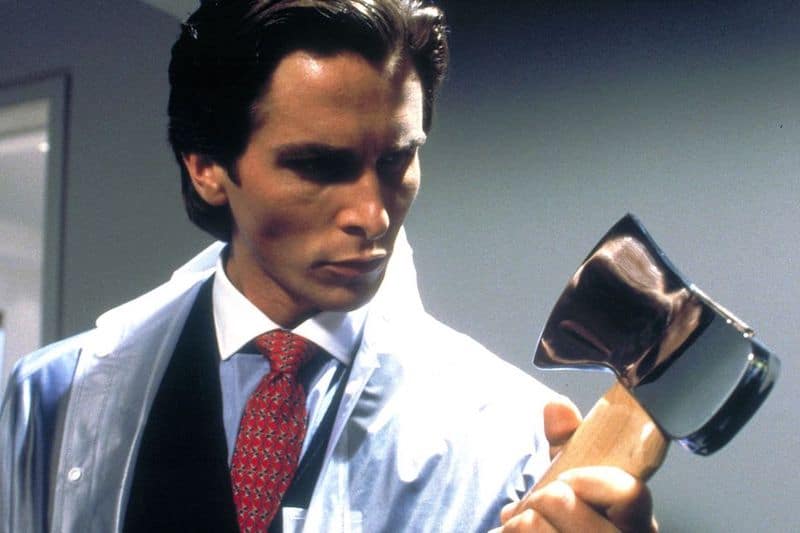 The 10 Best Serial Killer Movies Of All Time

There’s something disturbingly appealing about serial killer movies. These films about crazy killers and psychologically unbalanced creeps can be hard to watch, but allow us to explore the dark side of humanity.

Throughout cinema’s history, serial killers have dominated the screen. From the alluring cannibal Hannibal Lector to real-life murder Aileen Wuornos, these nasty humans have terrified us both on and off the screen.

The Federal Bureau of Investigation lists the key motivations of serial killers as anger, thrill-seeking, financial gain, and attention-seeking; qualities often seen in killers in the movies.

As with most genres, there are dozens of incredible serial killer films and hundreds of not-so-great movies. So, to help you out, here are 10 of the best serial killer movies we recommend you to watch. Just make sure to lock your doors.

Psycho is a classic slasher film whose plot takes place in a quiet little motel off the highway. After a bizarre encounter between the shy young man who owns the motel and the sly woman who rented one of the rooms, the woman turns up missing. A private investigator, the woman’s lover, and her sister rush to the location to search for clues on her whereabouts.

If you’re looking for an iconic slasher film with plenty of jump scares and an intriguing plot twist, Psycho is right up your alley. This film is an adaptation of Robert Bloch’s 1959 novel of the same title. It’s considered one of the original slasher flicks and has been preserved by the National Film Registry. The cast includes Anthony Perkins, Janet Leigh, Vera Miles, John Gavin, and Martin Balsam.

Alfred Hitchcock was the producer and director of this black-and-white serial killer film. Since 1980 there have been several films and television spin-offs that pay homage or are related to Psycho, but none come close to the original.

Se7en is a psychological crime thriller written by Andrew Kevin Walker and directed by David Fincher. The story revolves around a bunch of murders committed by a serial killer and a pair of detectives trying to stop him. One of the detectives is near retirement, while the other has recently moved to the city.

The serial killer patterns his murders after the seven deadly sins; greed, gluttony, sloth, lust, pride, envy, and wrath. One of the two detectives unexpectedly plays a part in the crime, but saying any more will ruin this unforgettable film.

Starring Brad Pitt, Morgan Freeman, John C. McGinley, and Gwyneth Paltrow as the main characters, Se7en placed seventh on the list of highest-grossing films the year of its release and is considered a serial killer classic.

David Fincher gets another mention with his intriguing Zodiac. This is a mystery thriller film adapted from a non-fiction book of the same title written by Robert Graysmith.

Based on the real-life serial killer known as the Zodiac, who committed a list of murders in the San Francisco Bay Area from the late 1960s to early 1970s, this is Fincher at his finest.

The film’s story revolves around the Zodiac evading and ridiculing the police and the authorities through cryptic letters, clothes stained with blood, and ciphers. San Francisco police inspector David Toschi (Mark Ruffalo) and Bill Armstong (Anthony Edwards) are assigned to the case.

Jake Gyllenhaal plays the political cartoonist Robert Graysmith while Robert Downey Jr. takes on the role of Paul Avery, an alcoholic crime reporter. The two men also follow the story closely but are met with different fates through the course of the film. You’ll definitely want to watch this celebrity-packed movie.

American Psycho was Christian Bale’s big break in 2000. This black comedy slasher features a Manhattan investment banker named Patrick Bateman, whose meat involves prostitutes, his co-workers, and other random individuals he feels like murdering. Bateman seems like a normal guy doing the same things people in the investment field do – hustling in the office all-day and unwinding in bars and restaurants at night.

The movie shows his daily routine, but when the night rises, the plot thickens. The self-proclaimed American psycho commits heinous crimes and openly shares stories about them with his co-workers, who unfortunately don’t take his words and stories seriously. This misunderstanding allows him to get away with his sinister acts.

When he tries to confess all his wrongdoings to his lawyer, the confession falls on deaf ears. This leads to him circling back to the starting narration of the movie as if nothing happened.

If controversial films pique your interest, the MPAA X-rated film Henry: Portrait of a Serial Killer is for you. In this psychological horror film, serial killer Henry commits crimes as if he is exempt from any form of punishment or has nothing to lose. He performs his deeds by himself or with his prison buddy, Otis.

Otis is initially not on board with the idea of killing with impunity but eventually comes around through Henry’s persuasion. The two men live with Otis’s sister, Becky, who is fully aware of what the two men are been doing.

John McNaughton directed Henry: Portrait of a Serial Killer in 1986. This film was loosely adapted from the real-life stories of convicted serial killers Henry Lee Lucas and Ottis Toole. Michael Rooker, Tom Towles, and Tracy Arnold play the characters in this film, with Rooker incredible. 10 years later, the sequel, Henry: Portrait of a Serial Killer 2 – Mask of Sanity, was released to poor reviews.

See more about - The 10 Best Zombie Movies of All Time

The Snowtown Murders is another movie based on real events. The story revolves around a series of brutal murders in Snowtown, South Australia, from August 1992 to May 1999. John Bunting was the lead perpetrator of the crimes, along with Robert Wagner and James Vlassakis.

The trio filled barrels with the remains of their 12 victims and stored them in an abandoned bank vault in Snowtown. Mark Haydon was an accomplice in the disposal of the bodies and was also convicted.

Since none of the four men had connections or houses in the location, they figured it would make the investigation fuzzy if they hid the evidence there. Most of the murders were committed close to Adelaide, Australia, which is a solid 100 miles away from Snowtown.

Justin Kurzel made his directing debut with this Australian biographical crime drama written by Shaun Grant. The Snowtown Murders stars Daniel Henshall, Lucas Pittaway, Aaron Viergever, and David Walker as the four men involved in the grisly crimes, and is also referred to as Snowtown.

The only film on this list with a female serial killer, Monster is about former Daytona prostitute Aileen Wuornos, who went rogue murdered seven of her clients. She turned her back on prostitution after she killed a client who brutally raped her one night. It was an act of self-defense.

After leaving, she found it hard to find a new source of income because of her background. Wuornos returned to prostitution, but unable to rid her mind of the thought her clients are all trying to rape her, she began killing again. Wuornos, who was eventually arrested for her crimes, was executed in 2002 in Florida.

Charlize Theron won an Oscar for her portrayal of Wuornos, while Christina Ricci plays the role of Wuornos’ real-life girlfriend, Tyria Moore. A powerhouse from both women, this film was also written and directed by Patty Jenkins, who went on to direct Wonder Woman. It’s one of the American Film Institute’s top 10 films of 2003 and deserving of a spot on this list.

If you’re looking for a found-footage film in the slasher/serial killer category, you’ve got to see Creep. Patrick Brice directed this 2014 American psychological horror film. He and lead actor Mark Duplass co-wrote the film.

Duplass plays the role of Josef, an eccentric character who puts up a job posting on Craigslist looking for a videographer to record him. Patrick Brice portrays Aaron, the unsuspecting videographer who applies for the job.

The movie takes place in a remote cabin area where the character of Duplass resides. Aaron, the cameraman, joins under the premise Josef needs someone to capture a day in his life so he could save it as a gift for his unborn son.

Aaron senses something disturbing in the place right off the bat, but he dismisses the thought until he finds a sinister wolf mask. Wanting to leave, Aaron finds his phone and keys lost. Despite this, Aaron manages to get away, but Josef has other plans than keeping him in his house. Josef finds another victim in Creep’s worthy sequel, which was released in 2017.

This Spike Lee joint focuses on a group of Italian-Americans living in the Bronx during the summer of 1977. The film weaves the New York City blackout, the New York Yankees’ winning season, and the infamous serial killer Son of Sam, real name David Berkowitz, into this tale about two men forced to make some life-altering decisions.

In the film, the men are uninvolved in the murders committed by the 0.44 Caliber Killer but are indirectly affected by the killings. Summer Of Sam has an engaging plot, incredible dialogue, and a fantastic ensemble cast including John Leguizamo, Adrien Brody, Mira Sorvino, Jennifer Esposito, and Michael Rispoli.

The protagonist is a young female FBI trainee named Clarice Starling (Jodie Foster), who has created a Faustian agreement with an imprisoned cannibalistic serial killer and psychiatrist named Dr. Hannibal Lecter (Anthony Hopkins). Lecter offers to help her find Buffalo Bill on the condition he’ll be relocated from Dr. Chilton, the head of the Baltimore State Hospital for the Criminally Insane, who he absolutely hates.

The film is rooted in the relationship between the naive Starling and calculating Lector, with the two forming an unlikely bond.

Based on the 1988 novel by Thomas Harris, Silence of the Lambs was written and directed by Ted Tally and Jonathan Demme respectively. Foster and Hopkins have never been better, while Ted Levine’s turn as serial killer Buffalo Bill is hauntingly mesmerizing.