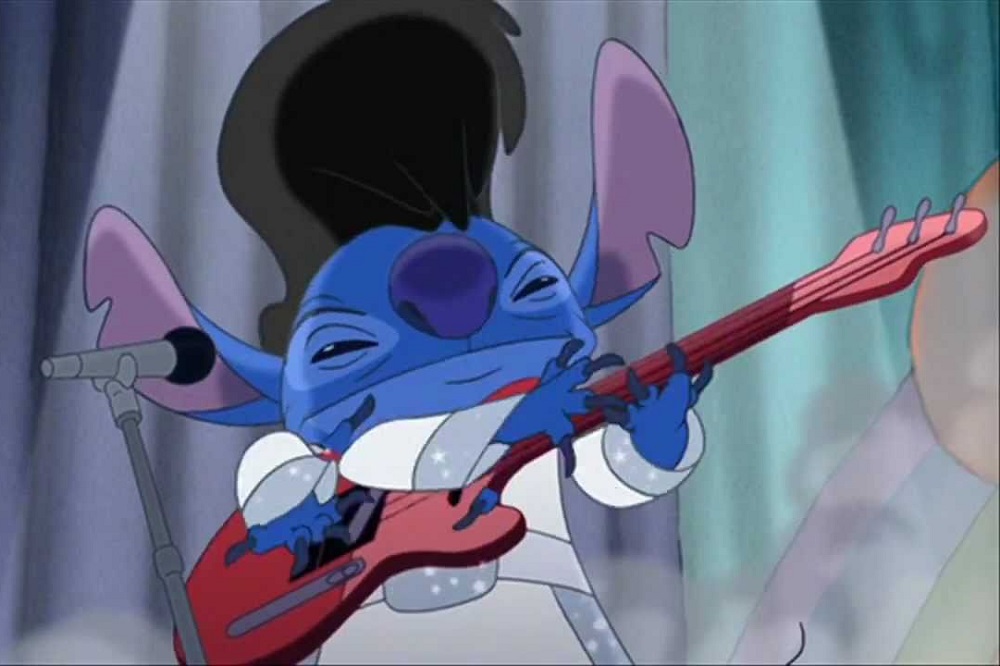 15 of the Most Famous Blue Cartoon Characters of All Time

While being blue might not seem like a big deal, there’s a reason why so many great characters are that color. More than 35% of the population point to blue as their favorite color. Any blue cartoon character automatically becomes much more appealing, hence there being so many.

Of course, not every blue cartoon character is as loved as Stitch or Papa Smurf. Some, like Dr. Mahatten, are actually pretty bad and responsible for the deaths of millions. But more on that later.

In recognition of these primary colored creations, here are 15 of the most famous blue cartoon characters of all time.

15 of the Most Famous Blue Cartoon Characters of All Time 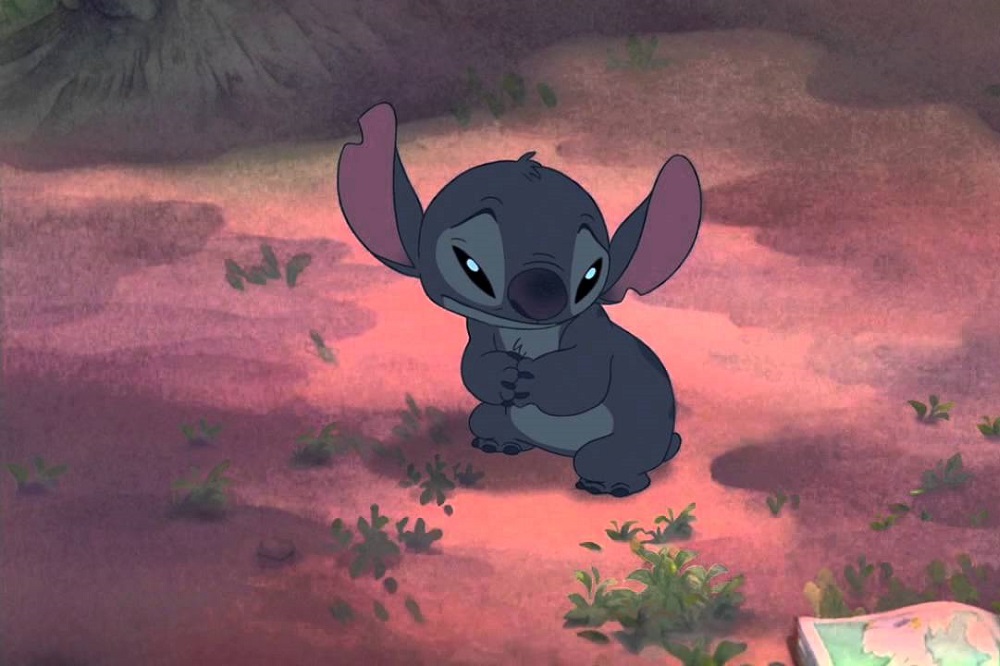 He might look slightly strange, but Stitch is a great guy who is a favorite amongst young children. The koala-like creatures is the result of genetic mutation by a crazed scientist from another planet. With a propensity to cause untold chaos, Stich, along with his new owner and friend Lilo, continuously find themselves in all sorts of trouble.

Kids find the extraterrestrial creature – originally named Experiment 626 – so entertaining that there have been several movies and TV shows about his adventures with Lilo. He’s even appeared in his own comic book, a number of video games, and four Disney-themed rides, making him deserving of a spot on this list. 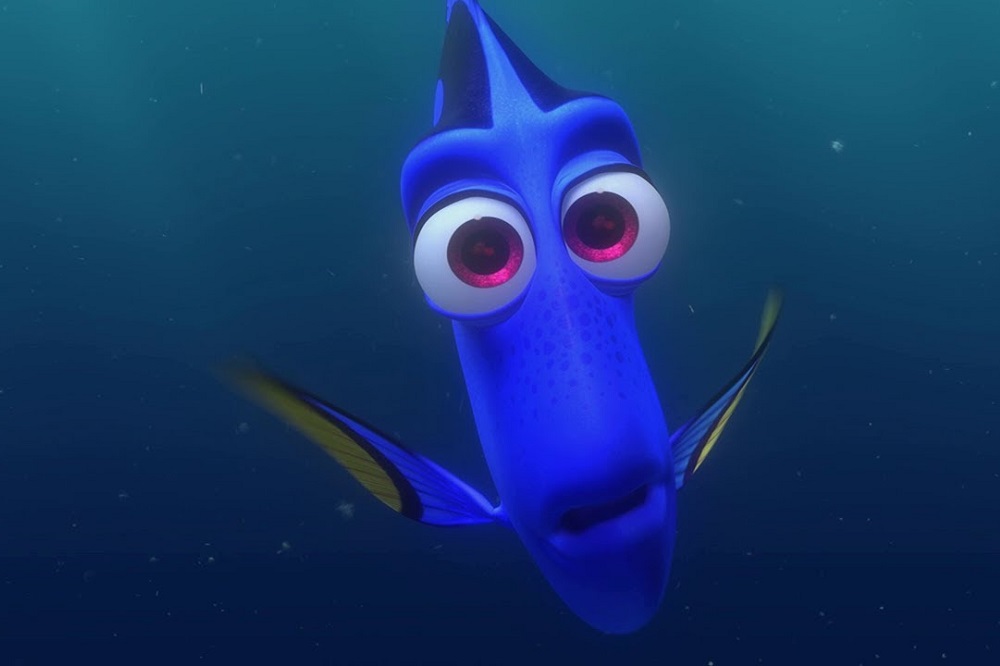 The Disney Pixar collaboration Finding Nemo was such a big hit that a sequel was inevitable. But what would it be about? Turns out the lovable Dory – a regal blue tang – is the focus of this movie. After being separated from her parents as a child, Dory ends up helping Marlin find Nemo and living with their crew on the reef.

When she suddenly gets a flashback about her parents, she sets out, accompanied by Marlin and Nemo, to find them. Similar to Finding Nemo, Finding Dory was a raging success upon release. People loved seeing the characters back together again and the relationship between them. Finding Dory is also extremely funny, with forgetful Dory the star of the show. 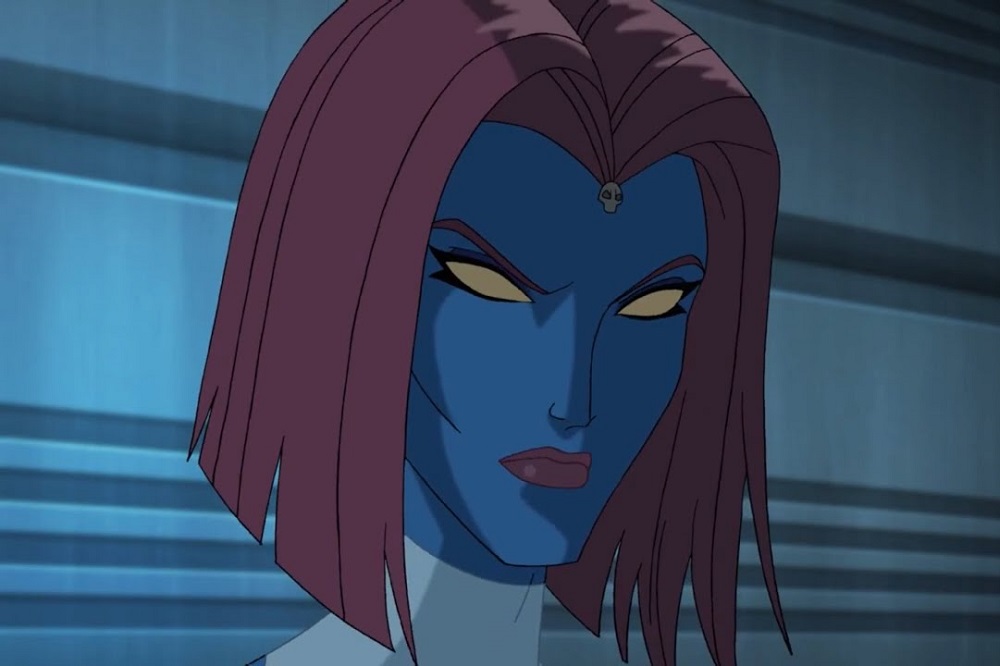 Mystique is one of the great characters from Marvel’s X-Men universe. Born Raven Darkholme, she is a blue-skinned mutant with the ability to shapeshift into any other person on the planet. Generally portrayed as a villain, she is also a bit of an anti-hero who occasionally helps out those she is normally fighting against, including the X-Men.

She first appeared in Ms. Marvel way back in 1978 and has been a mainstay in the comics since. Mystique has been involved in some of the biggest storylines in the X-men comic book series and has also popped up in seven feature-length films, portrayed by Rebecca Romijn in the first three motion pictures and Jennifer Lawrence as a younger version in the four most recent flicks. 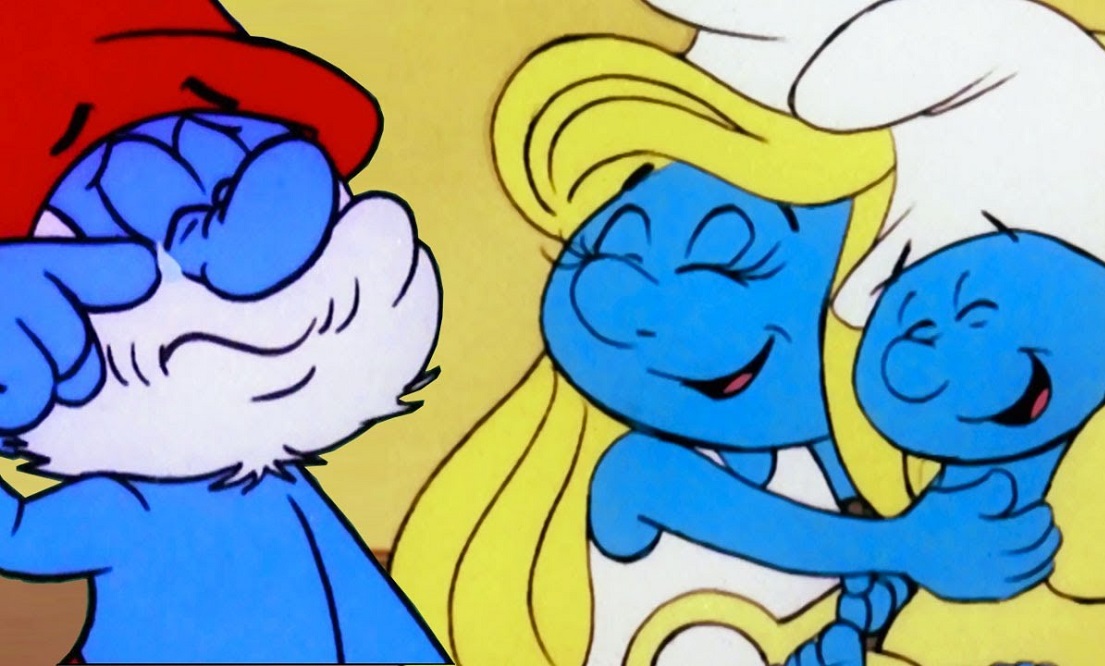 It’s too hard to single out just one Smurf so we are grouping them all together. These creatures are blue-colored humanoids who live in mushroom houses and all look fairly similar. They love to eat sarsaparilla leaves and are said to be over 100 years old. Each Smurf also has a name that represents their personality. So Lazy Smurf is lazy, Brainy Smurf is smart, and so on.

First featuring in comic book form, the Smurfs have graduated to television and movies. The Smurfs have also released several records, been in countless video games, and once had their own theme park. 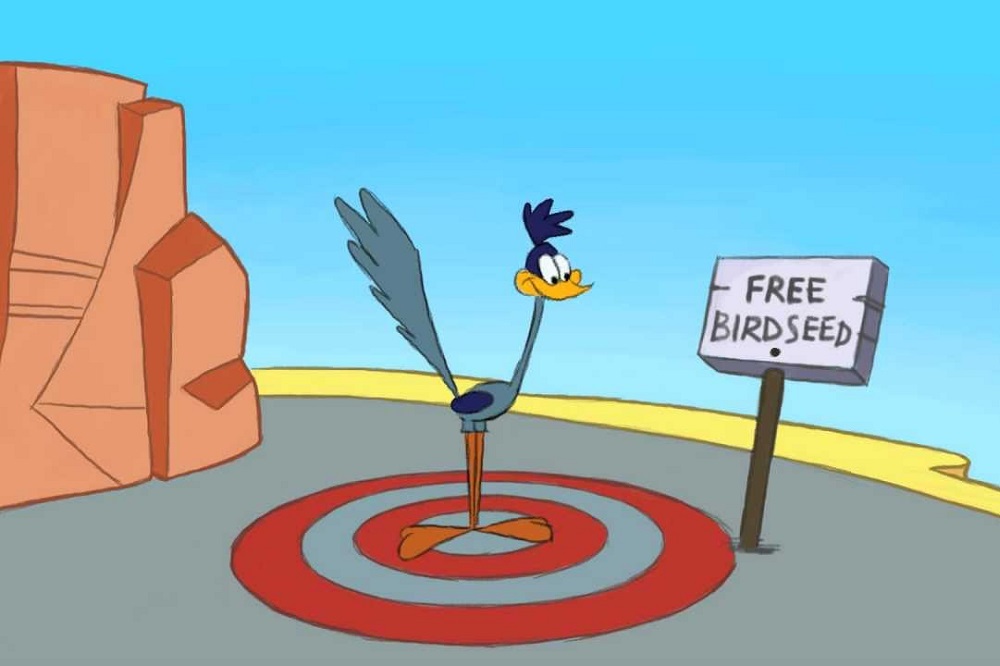 Looney Tunes characters don’t get any more recognizable than the Road Runner and his enemy Wile E Coyote. The duo started in a long-running series of shorts where Road Runner would constantly outwit Wile E Coyote, who was trying to catch and eat him. It’s memorable for Road Runner’s “beep, beep” noise and the comical ways in which Wile E Coyote would be disposed of.

As is often the case when a fictional cartoon character gets popular, they begin to appear in other media. Road Runner has popped up in TV shows, comics, video games, and even non-related shows such as Robot Chicken. He is one of the many cartoon characters to feature in Who Framed Roger Rabbit? alongside Jessica Rabbit, Betty Boop, Mickey Mouse, Daffy Duck, and more.

See more about - The 15 Best Cartoon Dogs Of All Time 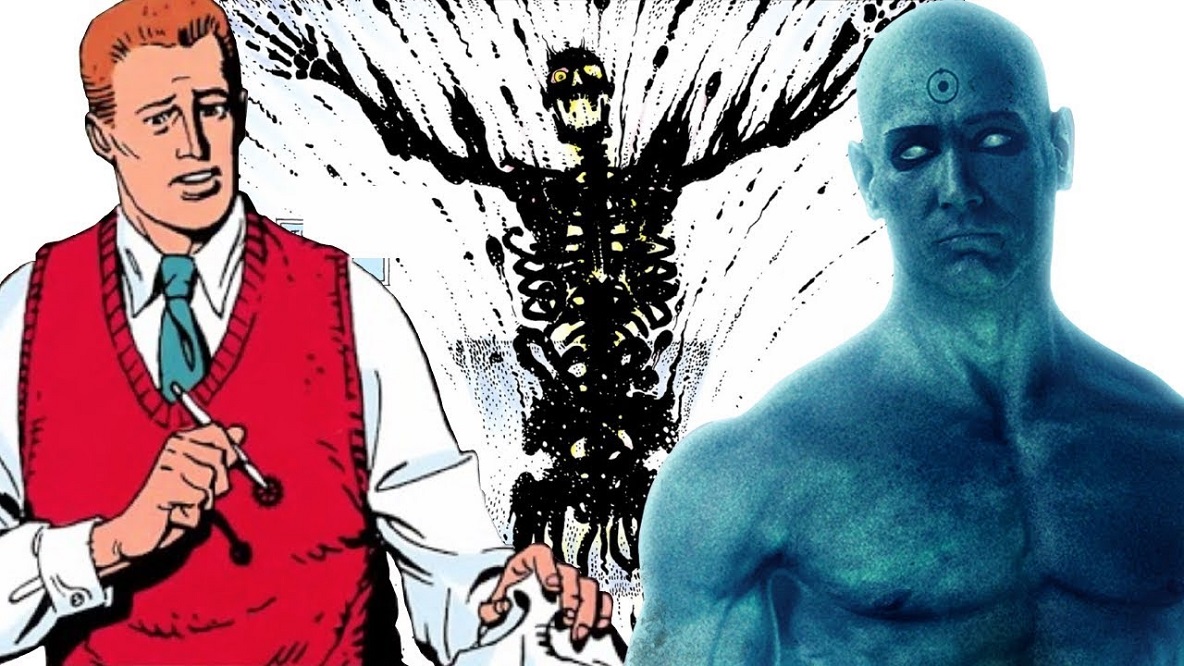 This is one dude you don’t want to mess with. After an accident left him with the ability to control matter, Dr. Manhattan can do everything from move through time to hanging out on Mars when he gets bored. He’s also powerful enough to end (or start) a war with the click of a finger. He’s an interesting character who views humanity from a different angle now that he has superpowers. 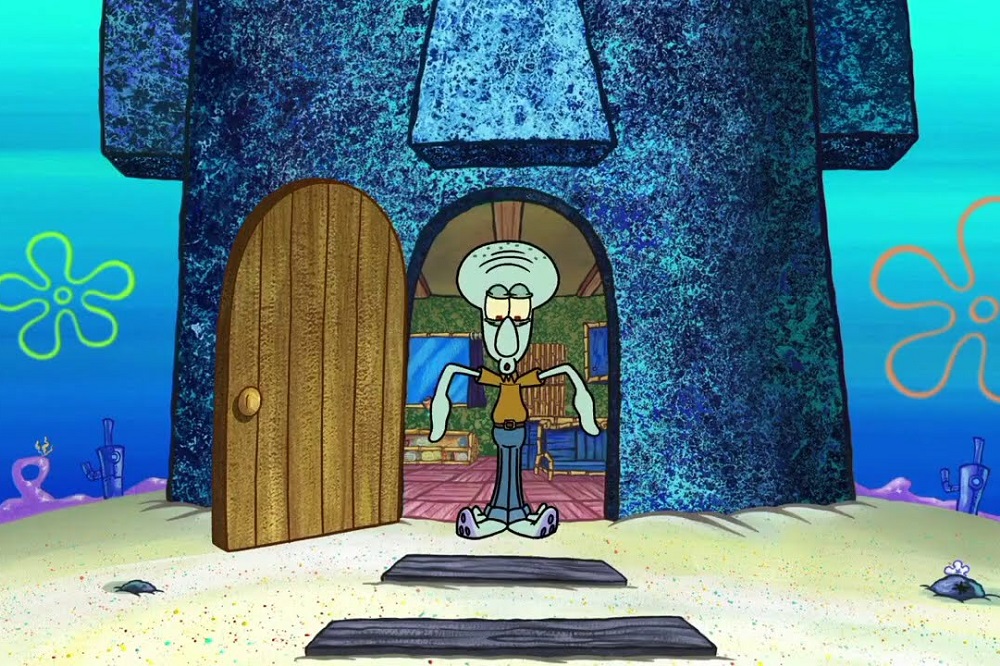 He might be seen as turquoise, but Squidward Tentacles still gets a look in as a famous blue animated character. Appearing in Spongebob Squarepants, Squidward is a cynical, angry, and pretentious Octopus who works as a cashier at Krusty Krab, a job he despises. Despite his distaste for just about everything and his constant complaining, Spongebob and Patrick Star still consider him a friend.

Although always failing at activities when with Spongebob and Patrick Star and having a generally negative vibe, there is a kind heart deep inside Squidward. Well, we like to think there is. 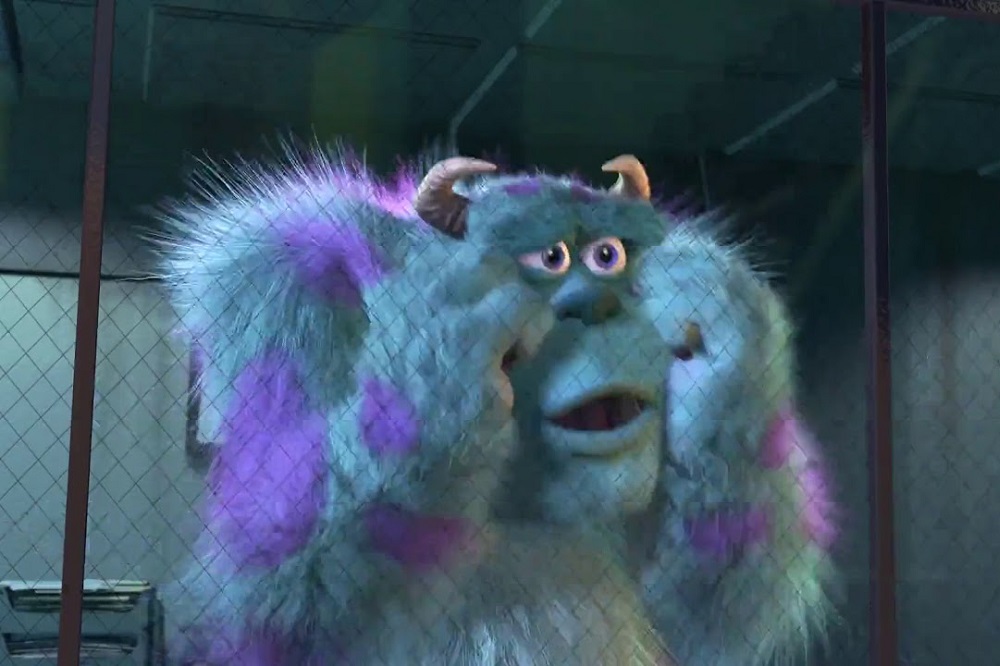 James Patrick Sullivan, otherwise known as Sulley, is the main guy in the Walt Disney and Pixar Animation Studio box office hit Monsters Inc. Sulley (voiced by John Goodman) is a large, hairy blue monster, who along with his one-eyed buddy Mike (Billy Crystal), is the “Best Scarer” of children at company Monsters Inc. When a toddler he names Boo finds her way into their world, the gentle giant must do all he can to protect her and return Boo to her world.

Sulley and Mike provide plenty of laughs in this fantastic animated film. It’s got jokes for kids and adults, includes top-of-the-line animation, and is above all, a fun watch that will put a smile on your dial, especially thanks to the lovable Sulley. 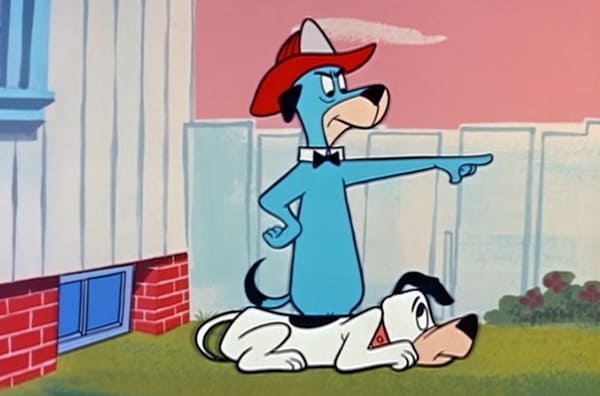 Huckleberry Hound is a blue carton character who makes his second appearance in Next Luxury after popping up on our list of the “Best Cartoon Dogs.” The blue canine is an anthropomorphic dog with a southern drawl that was popular in the 60s. He’s known for singing Oh My Darling Clementine and always getting the words wrong.

Huckleberry is also rumored to be homosexual, making him one of the first Hanna-Barbera characters to be attracted to the same sex. Although never confirmed, the hound did come out in an episode of The Simpsons. 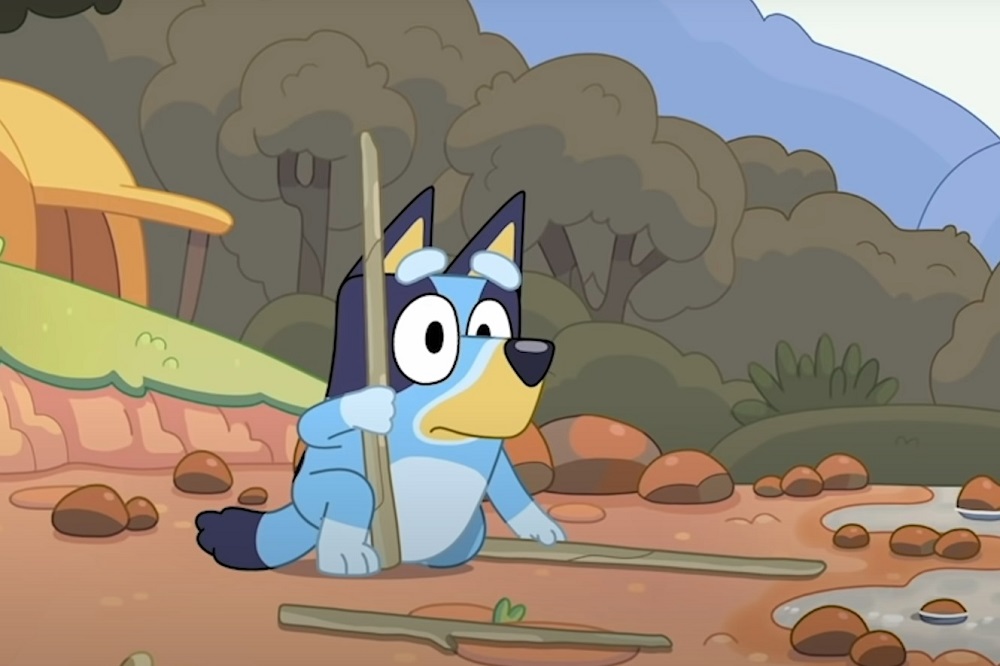 Who would have thought the adventures of a Blue Heeler puppy would become the must-watch kid’s show of the past few years. The Aussie show focuses on Bluey and his family and all the trouble his inquisitive mind gets him in.

The world of Bluey features many supporting characters who are all different breeds of dogs, with themes of the show dealing with family, friendship, and Australian life. Bluey is a great role model for young kids and is always learning and growing.

The show is so popular that a number of famous Aussie celebrities have voiced characters. Lin-Manuel Miranda is the first international guest to star, voicing the character of Major Tom, a horse who lives next door to Bluey.

See more about - Who Is The Strongest DC Character? Here Are Our 20 Picks 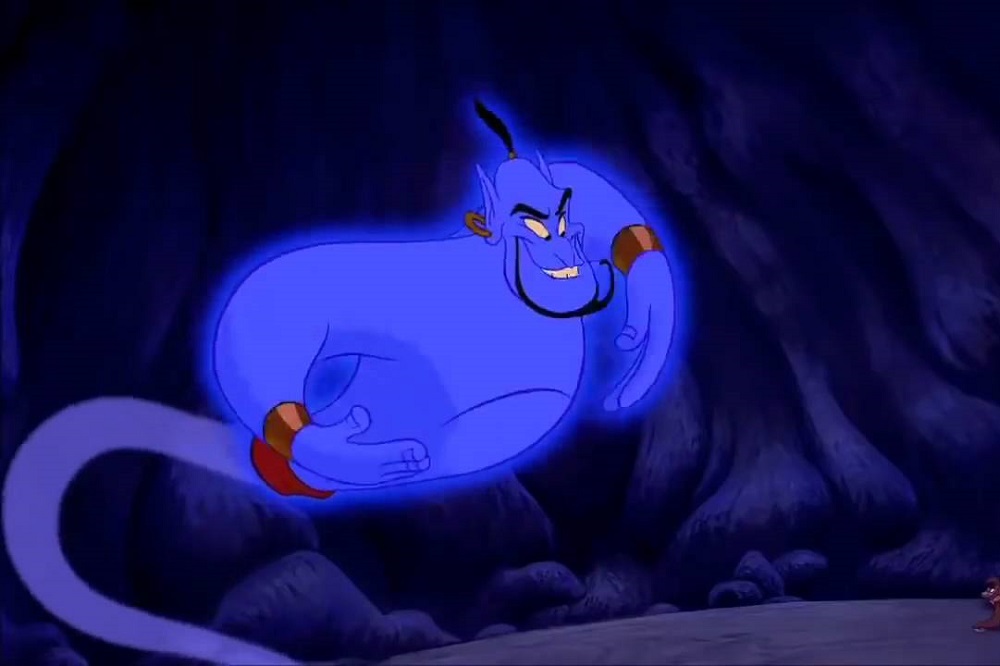 The 1992 Aladdin is a Disney classic, thanks in no part to the contribution of the late Robin Williams. As the Genie, he provides plenty of laughs and adds star quality to the film. Even though the Genie looks nothing like Williams, you can’t help but picture him as he speaks in funny voices and sings the classic song Friends Like Me. 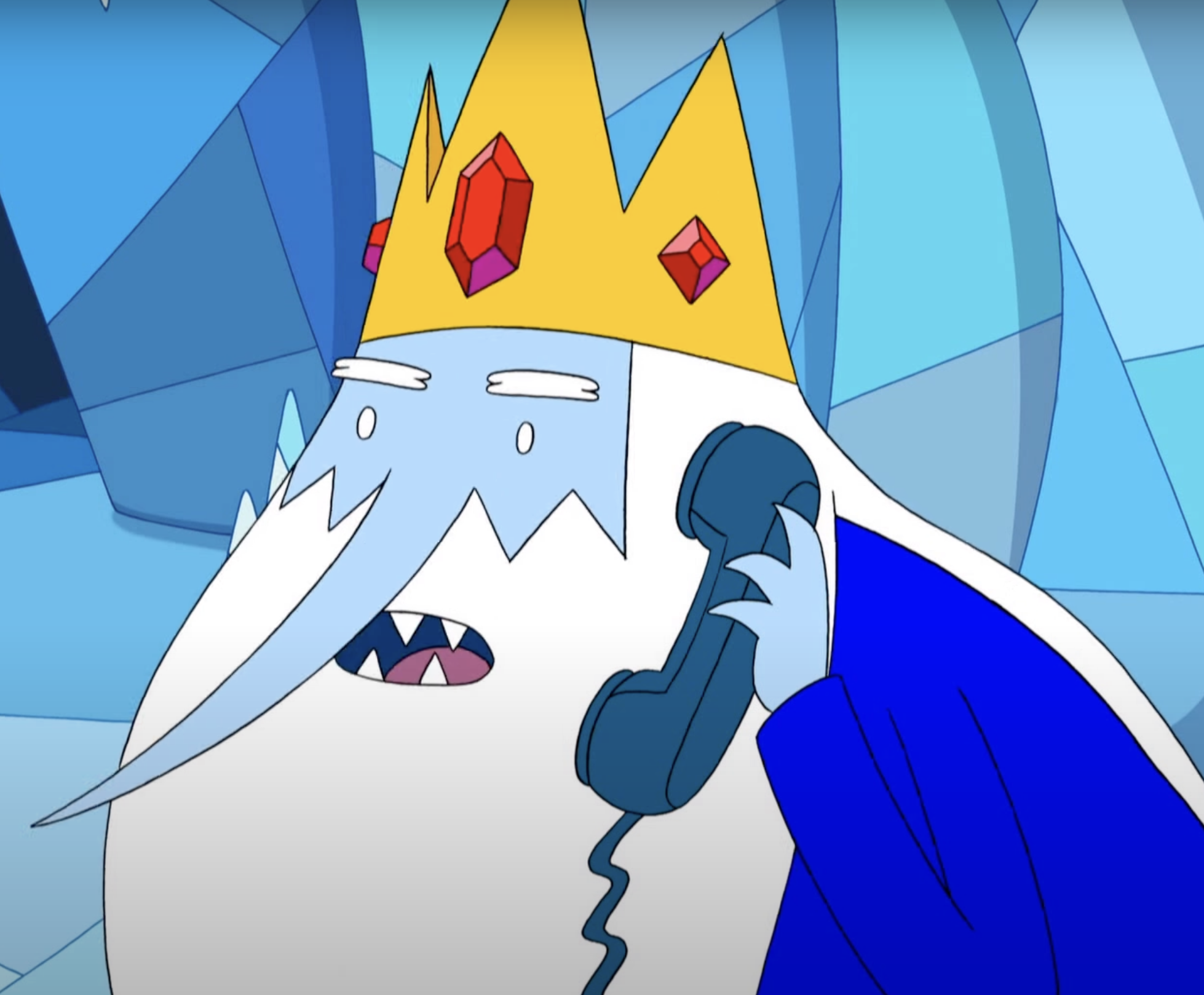 When it comes to misunderstood blue cartoon characters, the Ice King is at the top of the list. Appearing in many episodes of Adventure Time, the Ice King is first thought of as an evil man for always trying to kidnap Princess Bubblegum. Turns out he wasn’t always a baddie but lost everything in his world and was driven crazy by the magic crown he wears that gives him his powers.

He’s a bit of a tragic figure but has been praised by many critics as a way of showing what mental illness can be like and how loneliness can impact people. 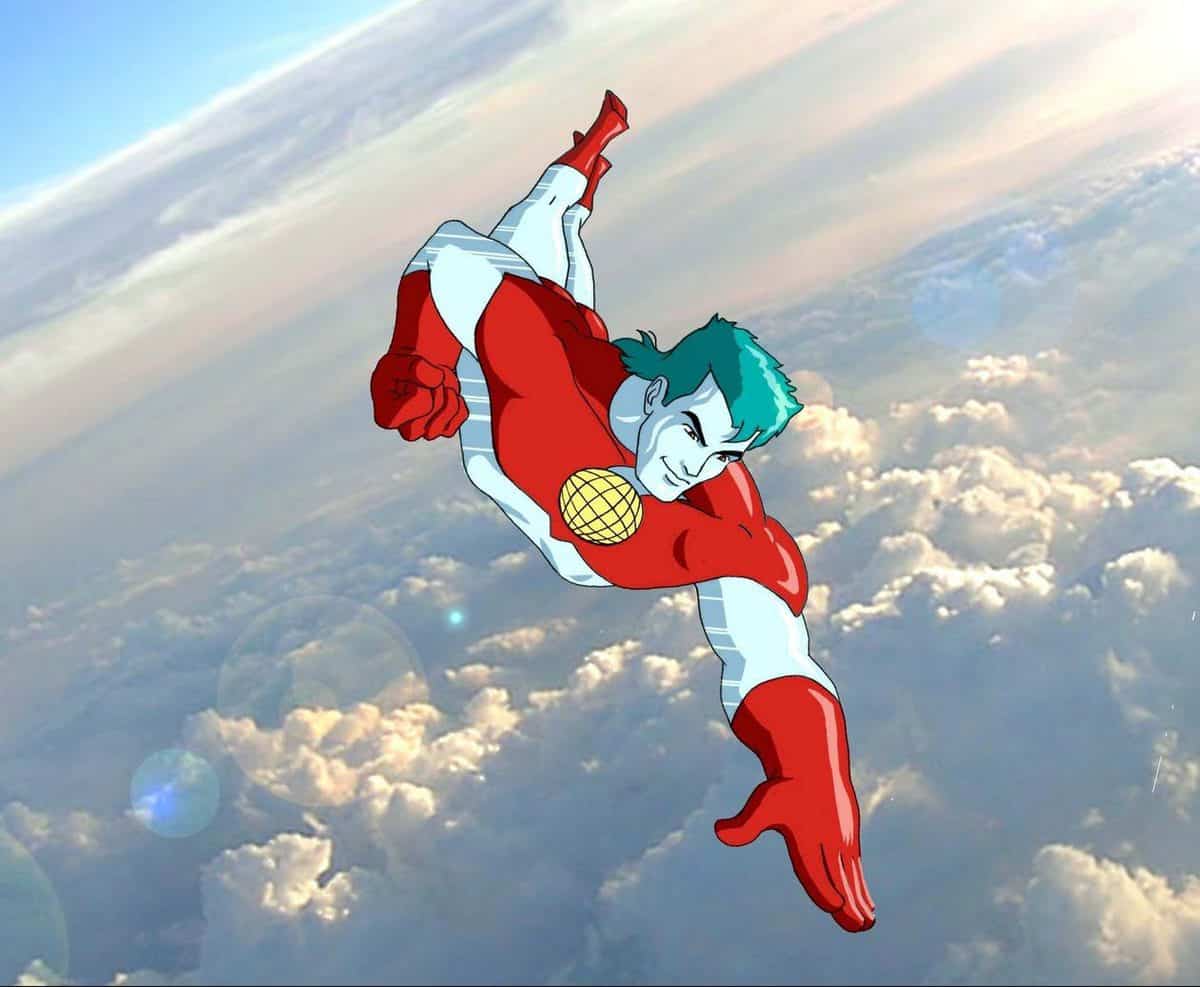 The savior of our planet, Captain Planet appears when the Planeteers combine their powers. The blue-skinned human with the eclectic green mullet always manages to save the day and leaves viewers with an important message about the environment. He also has one of the coolest theme songs of all time. 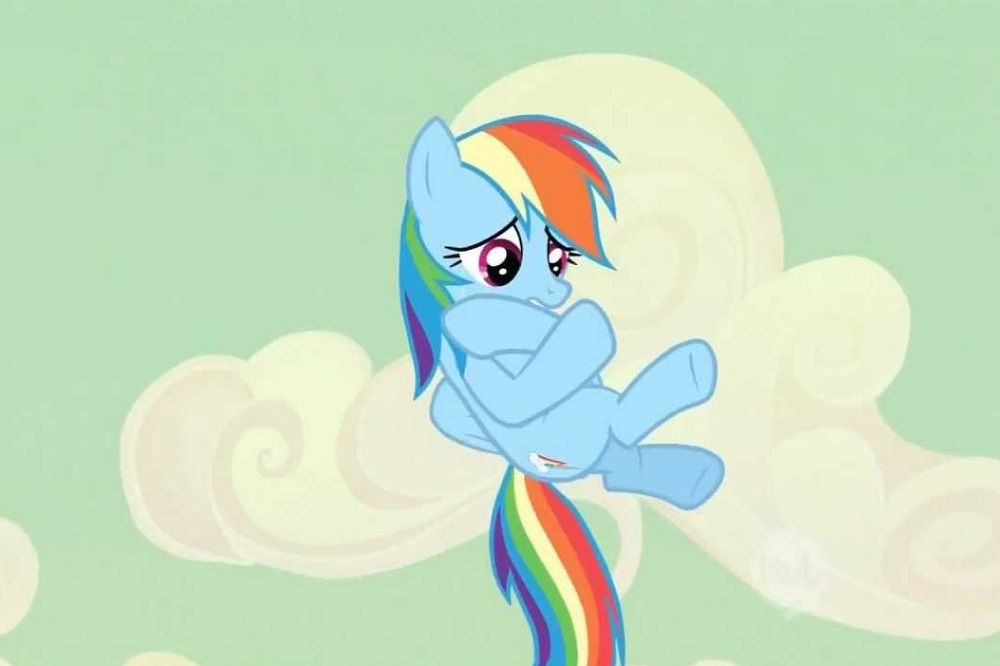 Despite the name, Rainbow Dash is blue in color. That said, the blue pegasus dows have a rainbow-colored mane and tail, so the name does make some sense. It also has something to do with her cutie mark, which is a rainbow-colored lightning bolt with a cloud. This represents her special power of speed and love of adventure. Rainbow Dash loves getting out and about and lives with a tortoise named Tank. 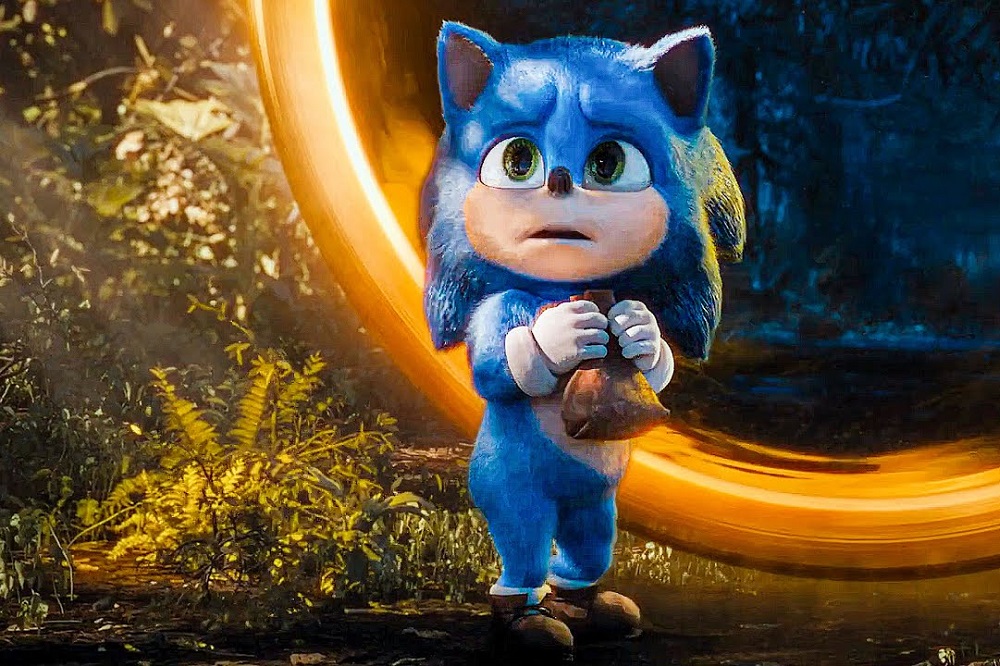 Video game characters don’t get much more popular than Sonic the Hedgehog. The star of his own video game series, Sonic has incredible pace and rolls into a ball when attacking his enemies. In the games, animated series, and live-action films, he finds himself up against the evil Doctor Ivo Robotnik and often has help from his friend Tails.