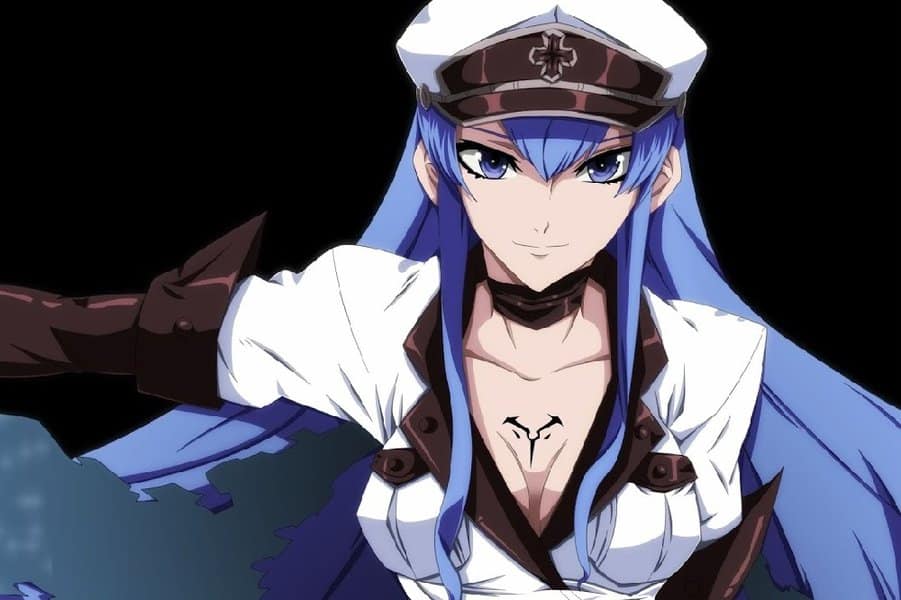 With its roots in traditional animation, anime has its own unique designs and styles. Anime sets itself apart from the rest with slick animation and incredible attention to detail. The animators take the time to make each character different, memorable, and stand out. Often they’ll incorporate bright colors to give them a unique appearance. Each anime series is different but also shares many similarities.

They usually include a flawed hero, a brave heroine, and an evil villain with some fantasy or supernatural elements. In terms of animation, many feature big eyes and brightly colored hair. While lots of characters have pink, red, and white hair color, blue haired anime characters are the most popular. Since blue is a pretty unique hair color, it helps these anime heroes, sidekicks, and villains stick out in a world of unforgettable characters. Here’s a look at 16 of the best blue haired anime characters. 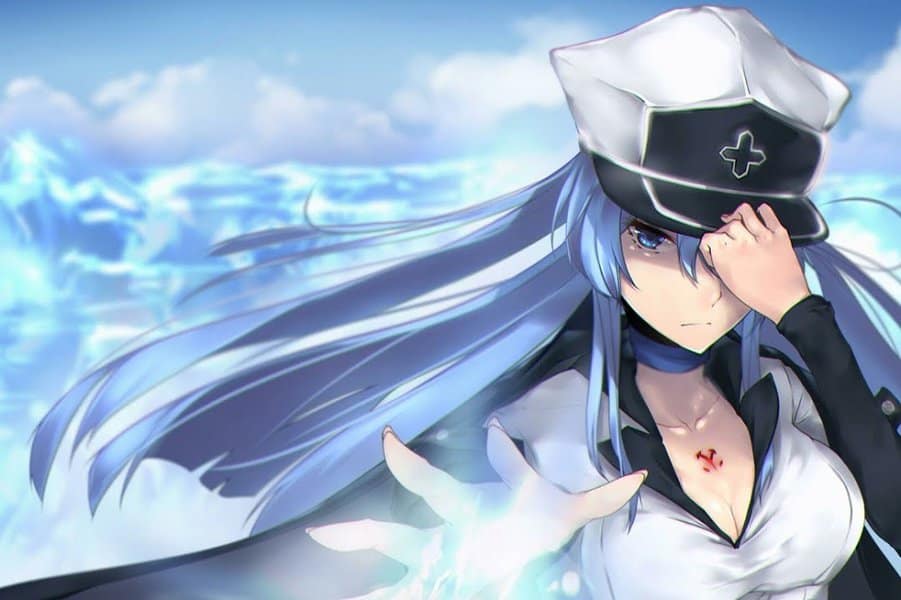 There are many great anime villains, but none are on Esdeath’s level. She’s a prominent supporting character and the primary antagonist in the popular anime Akame Ga Kill. She’s a ruthless member of The Empire that falls madly in love with protagonist Tatsumi.

Despite her criminal ways, Esdeath is a big fan of the color blue. She has long, flowing light blue hair that frames her face and blue eyes. Esdeath remains one of the most popular characters in the series. Plus, she looks really cool in blue. 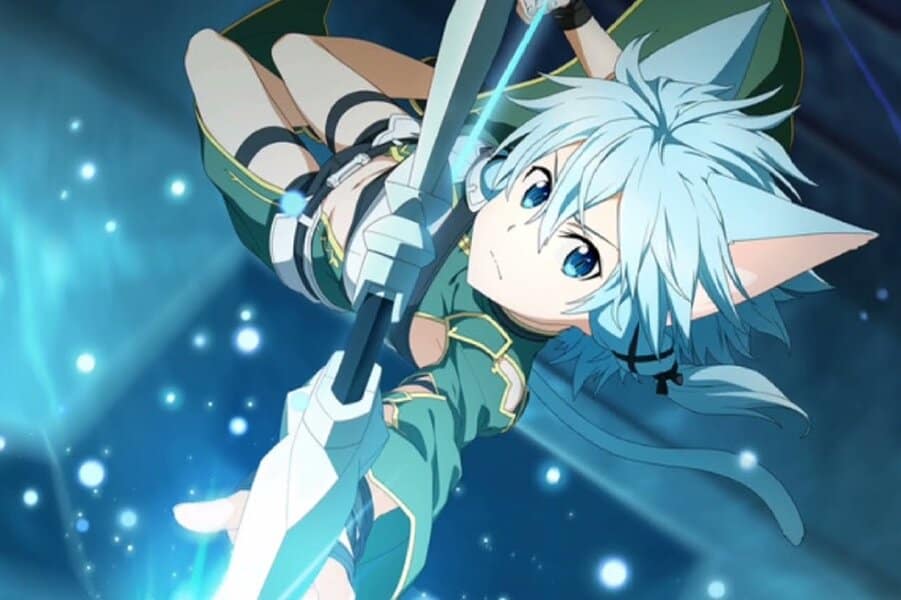 In real life, Shina Asada is a simple girl with short black hair and glasses in the hit anime series Sword Art Online. A traumatic event when she was younger haunts her to this day. Therefore, she decides to enter the MMORPG Gun Gale Online to deal with her issues involving guns.

Also known as Sinon, her avatars take on a similar yet different appearance. Her avatars rock the same short hairstyle but with a pale blue color. The avatar’s unique hairstyle and look caught on quickly with fans. She’s a hugely popular character with the fan base. 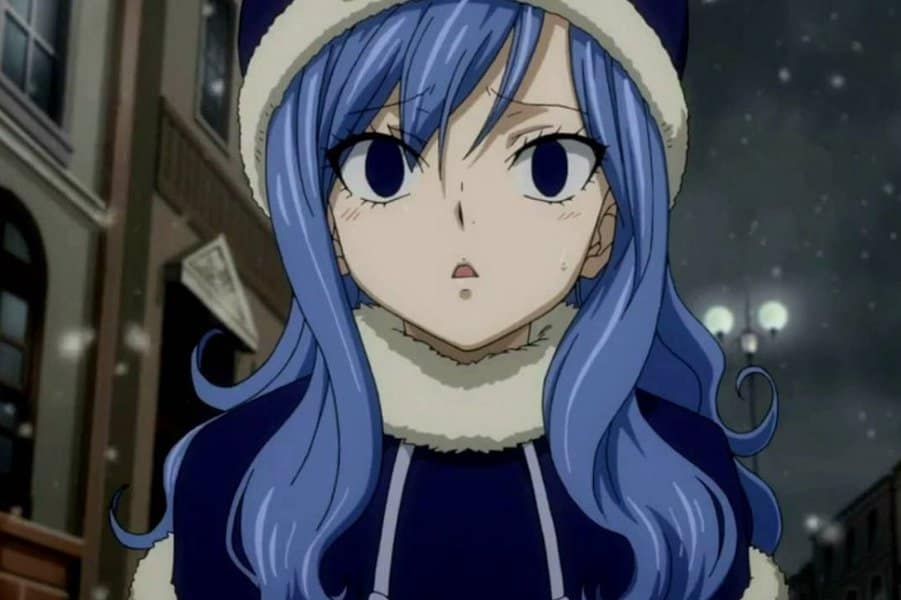 The anime Fairy Tail features all kinds of powerful wizards, but none compare to Juvia Lockser. It’s no surprise that blue is her favorite color. With a magical ability to control water, blue’s a natural color for Lockser. 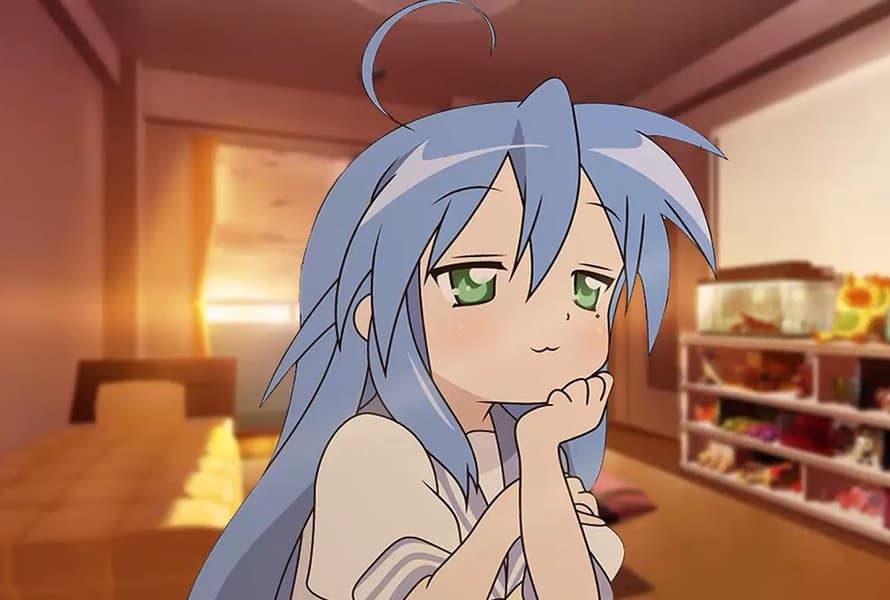 The popular anime Lucky Star revolves around four friends attending high school in Japan. The lead character, Konata Izumi, has a reputation for being lazy yet is quite intelligent. She’s shorter than her friends and not as developed physically. Regardless, Izumi always finds a way to steal the focus.

Despite her small stature, Izumi has shimmering blue hair that goes all the way down to her calves. Her long blue hair matches perfectly with her drowsy green eyes. 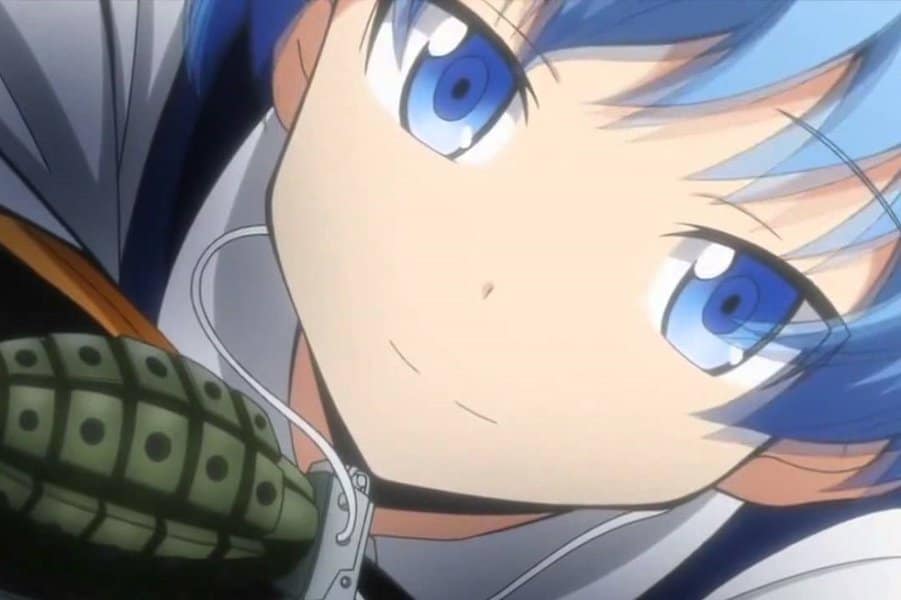 The beloved anime Assassination Classroom revolves around a group of students trying to kill their teacher, a being from another planet. The series centers on Nagisa Shiota. Famous for his androgynous appearance, Nagisa Shiota has distinct blue hair.

His mother always wanted a daughter, so she made him grow his hair long. For years he tied his hair in one ponytail but later started doing two. He’s famous for his laid-back, calm, and logical personality. 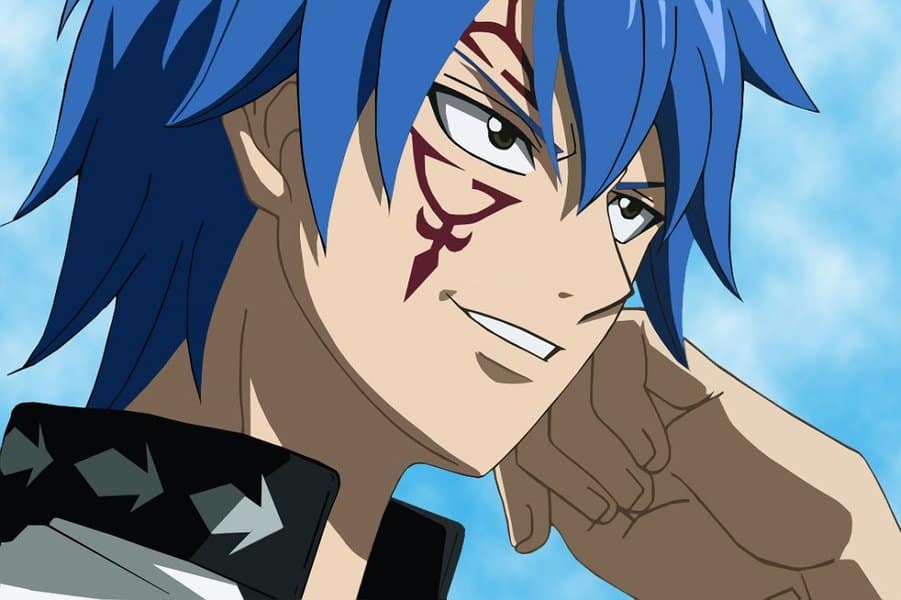 Fairy Tail is one of the most talked about anime series today. In addition to the incredible story and characters, it also includes slick animation featuring bright colors. For example, many characters have red, pink, or purple hair color. Jellal Fernades quickly became one of the most popular characters partly because of his unique design.

As a good friend of Erza Scarlet, Jellal rocks a short spikey blue hairstyle that frames his face and eyes. The sky blue hair color draws attention to the bright red tattoo under his eye. He’s easily one of the most recognizable characters. 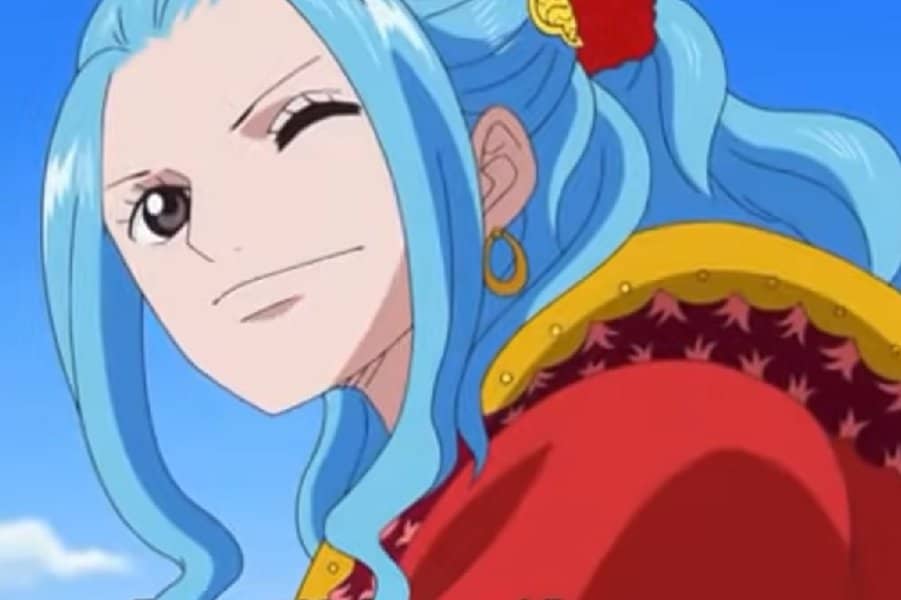 At one point, Nefertari Vivi appeared to be one of the most notorious antagonists in the critically acclaimed anime One Piece. However, the Princess of the Arabasta Kingdom later became a member and ally of the Straw Hat Crew.

Often wearing her hair pulled back, Vivi has distinct long and wavy light blue hair reaching to her waist. Later, she cuts her blue hair to shoulder length but grows it back out. 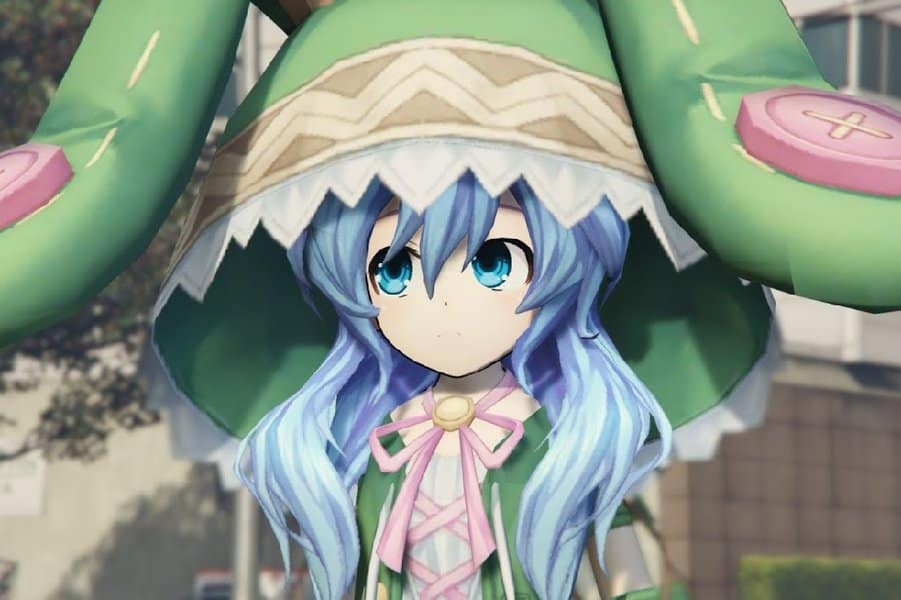 In Date A Live, the world’s been devastated by a series of spatial quakes, causing Shido Itsuka to see various spirits. That’s when he meets the innocent and sweet Yoshino Himekawa. With her trusty hand puppet, Yoshino’s the second spirit that Shido saves.

Aside from her puppet, she has unique long curly blue hair that drops down to her knees. Her sky-blue hair accentuates her midnight-blue eyes. 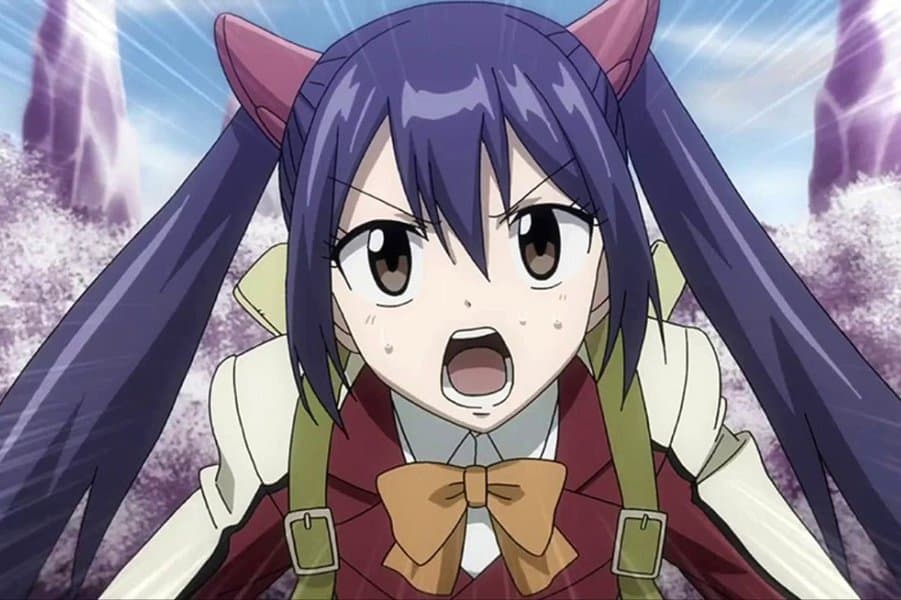 In a world full of colorful wizards, dragonslayer Wendy Marvell finds a way to stick out. Marvell is vital to the series as she and Natsu Dragneel go on many adventures in the anime Fairy Tail. She’s easily recognizable by her long blue hair that goes to her waist.

Her blue-haired bangs frame her face and complement her big brown eyes and fangs. Later, she cuts her hair short for battle. It’s safe to say the anime series Fairy Tail wouldn’t be the same without Wendy Marvell. 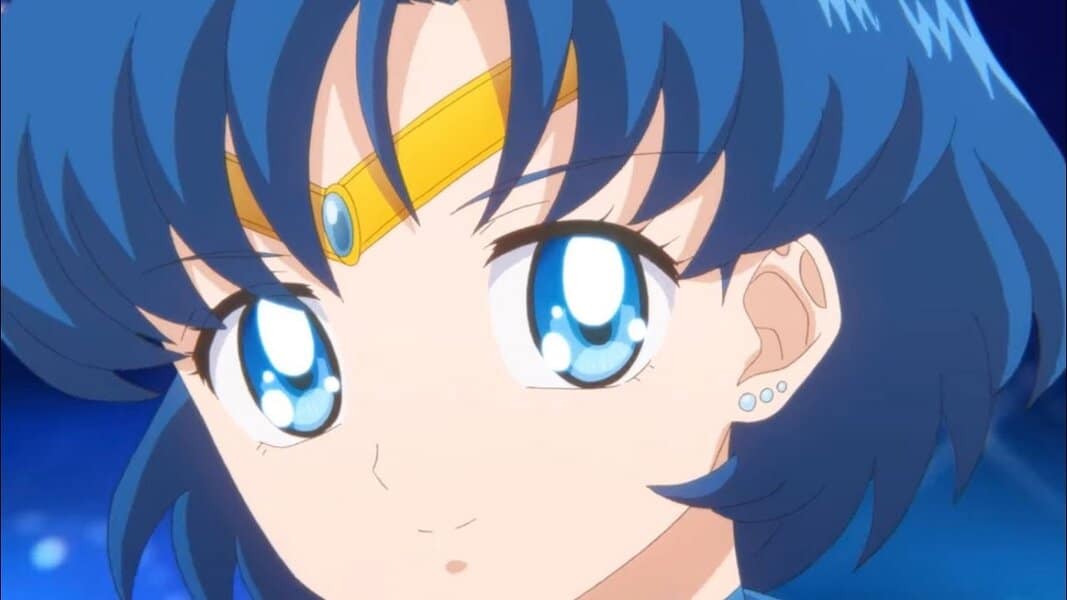 It comes as no surprise that Sailor Mercury’s favorite color is blue. In the anime Sailor Moon, Mercury is the first guardian Moon discovers on earth. Considered the brains of the group, Mercury is famous for her long-flowing blue hair. Of course, she doesn’t stop there.

Mercury’s blue hair matches her blue costume, eyes, tiara gem, and bow. Also known as Ami Mizuno, Sailor Mercury’s calming blue hairstyle has a lot to do with her incredible popularity. She’s one of the series’ most famous characters, partly because of her unique look. 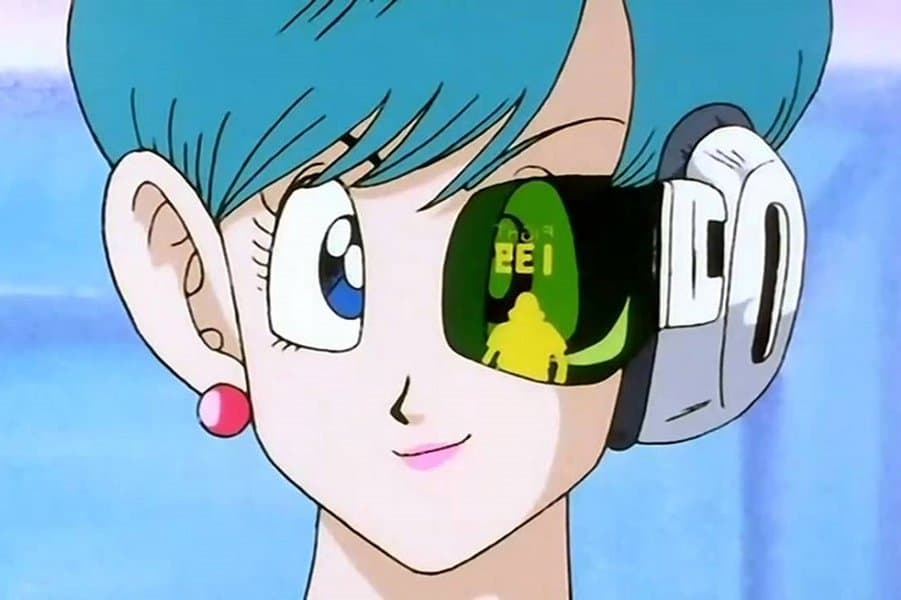 The brilliant scientist Bulma is a crucial character in the Dragon Ball franchise. Her intelligence and inventions save her friends more than once. At the same time, the genius is known for changing her appearance and hairstyle several times in the series.

With eighteen different hairstyles, Bulma rocked a shortcut and grew her hair down to her waist. Plus, Bulma had various hair colors over the years, including turquoise, purple, and blue. 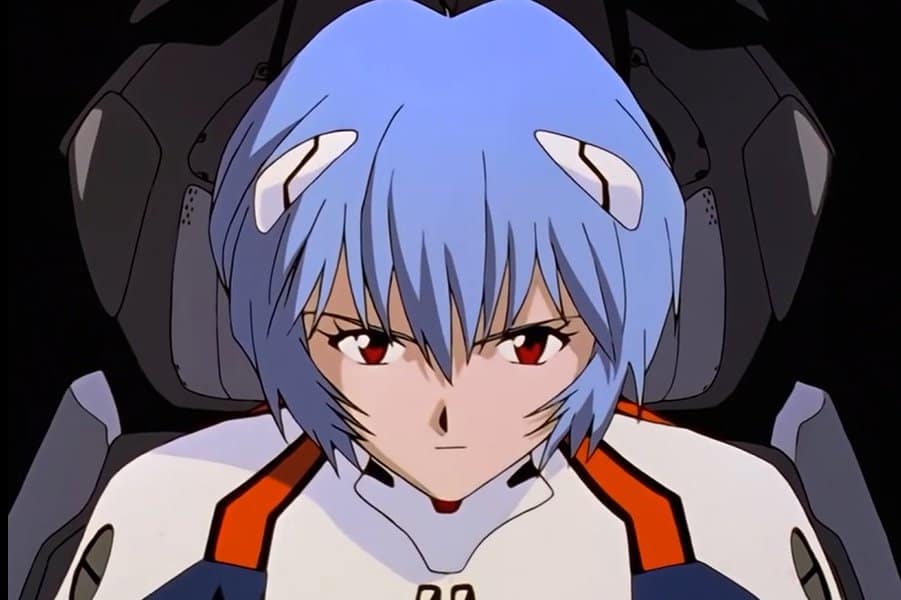 After a worldwide catastrophe nearly ends the earth, humans blame heavenly beings known as angels. A young teenager begins operating an Evangelion machine to target these beings. According to the anime, the future has changed in many ways, but luckily blue is still a cool hair color.

Rei Ayanami has a unique look that differs from the other main characters. She has short light blue hair that helps her stand out among the rest. The soothing blue hairstyle brings out her eyes and personality. 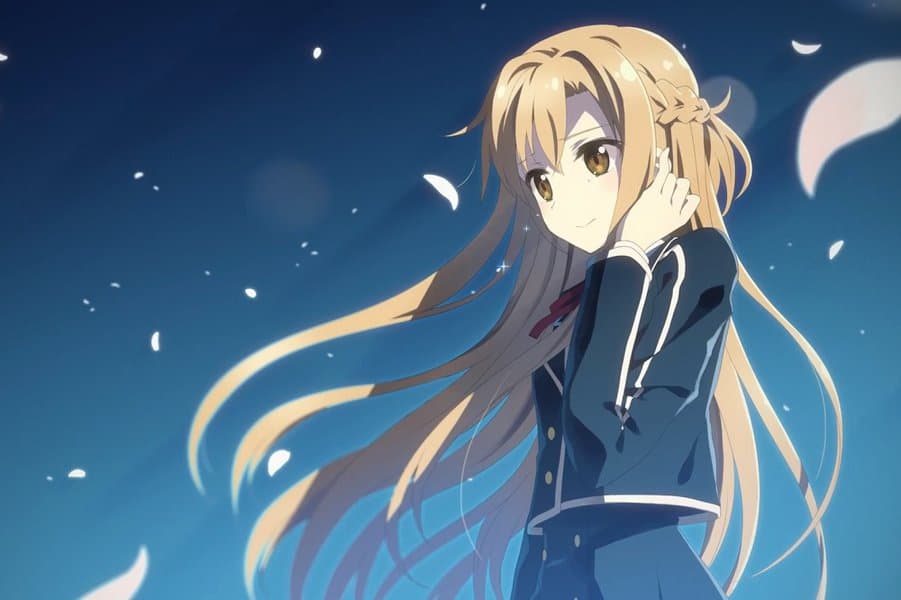 Her Alo avatar is pretty much the same as her other avatar, with one noticeable difference. Asuna’s avatar has distinct and glimmering blue hair. The flashy blue hair accentuates her eyes and helps differentiate Asuna from her online persona. 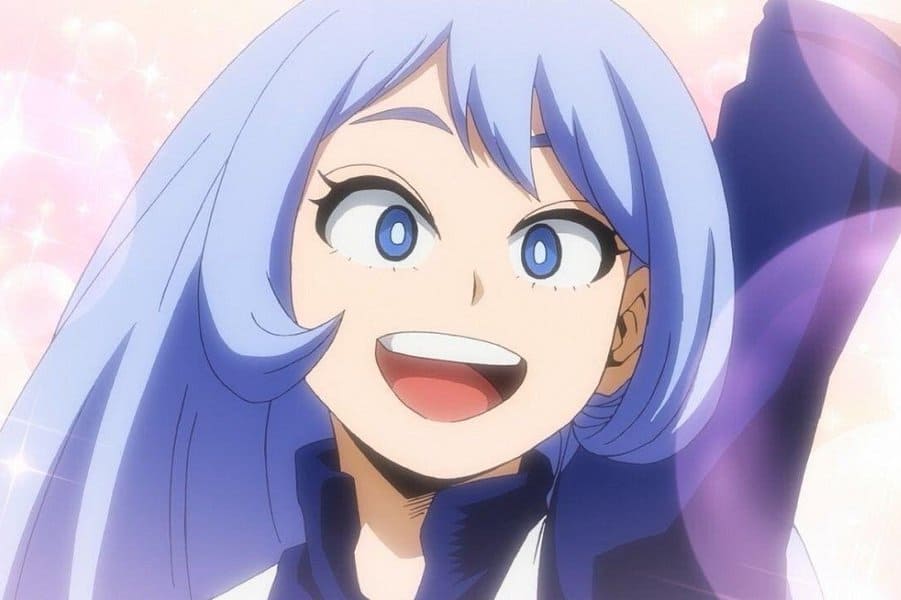 The popular anime My Hero Academia follows a group of students at a school for kids with superpowers. It’s hard to miss the upbeat and curious Nejre Hado. She’s mighty powerful, thanks to her quirk. She also has a unique style and appearance that few characters have in the series.

With big blue eyes, Hado has long, flowing blue hair that goes down to her knees. In addition to being so powerful, she has the coolest hair in the series. 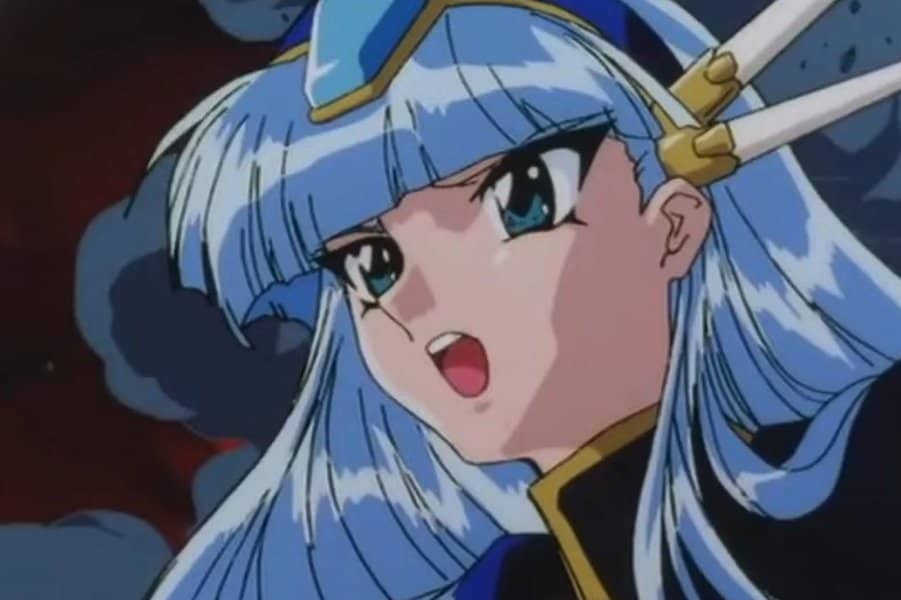 The hugely popular anime Magic Knight Rayearth follows three fearless high school girls sent to a magical world where they must save a princess. Umi Ryuuzaki stands out due to her height and unique blue hairstyle.

It’s easy to see why the color blue is her favorite. Her long, flowing, silvery blue hair hangs gently over her face. It matches her blue eyes and stylish blue outfits. 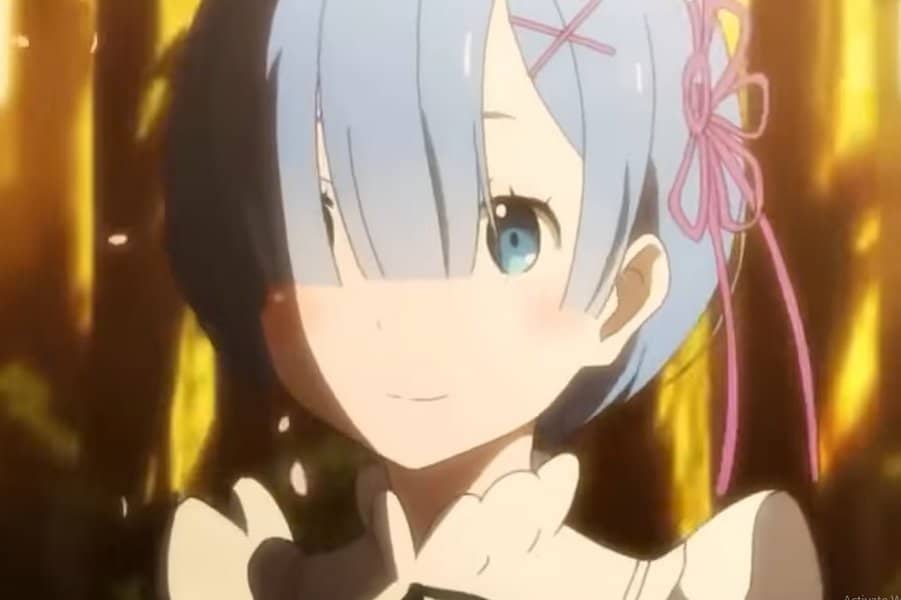 In the anime Re: Zero, Subaru Natsuki’s life flips upside down when he ends up in a fantasy world and can change past events after dying. He meets various intriguing and mind-bending characters. At the top of that list is Rem. As Roswaal L. Mathers’s maid, Rem is one of the central characters in the series.

See more about - 23 Cute Anime Girls From Your Favorite Shows