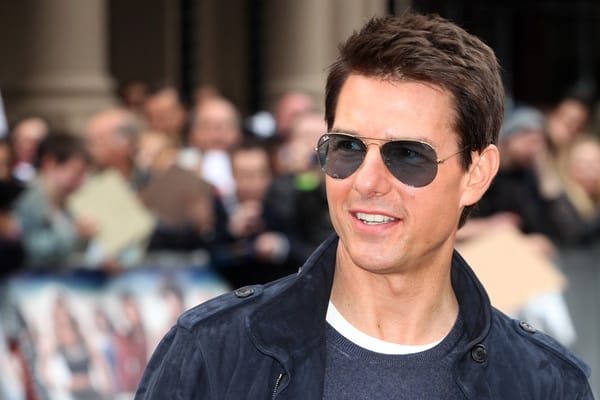 14 Awesome Celebrities That Are 5’7 Tall

You wouldn’t think height would be a big issue these days, but that apparently isn’t the case. Despite short king season being in session, women still love a tall man. For men, there doesn’t seem to be as big of a deal, although statistics show they prefer a woman who is shorter, be that an inch or a foot. When it comes to what is tall or small, that varies on the person, but 5’7 is generally seen as the middle point. This is especially relevant when it comes to Hollywood. Celebrities that are 5’7 tall are favored over other heights.

While there is no set rule, most male celebrities in the movie industry are 5’7 or taller. This is also the global average height of men, which makes these actors that bit more relatable. For women, this is much smaller, with women averaging around 5’4. That said, many leading ladies, like their male counterparts, are 5’7 or taller. Of course, there are exceptions, such as actor Danny DeVito and actress Salma Hayek. But most actors and actresses are on the taller side.

Along with movie stars, this list of celebrities that are 5’7 tall includes sports stars, musicians, and other famous faces. While some are slightly taller or shorter, all these celebs can be classified as 5’7. 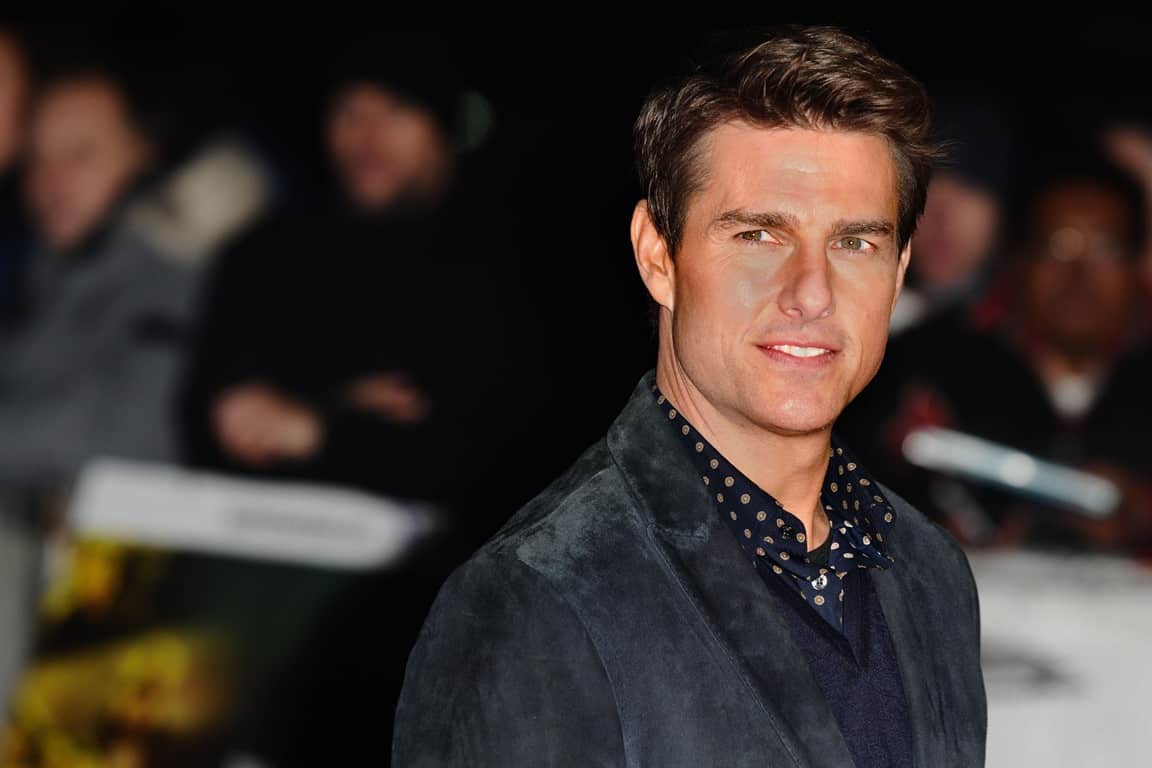 The ultimate short king, Tom Cruise has been at the top of the Hollywood system for decades. While he often looks much shorter than he is, Cruise is a solid 5’7. He has a highly decorated career that includes blockbuster films such as Top Gun, Jerry Maguire, Interview With a Vampire, and the Mission: Impossible franchise. His movies have grossed over $10.1 billion worldwide and his star doesn’t seem like fading anytime soon. 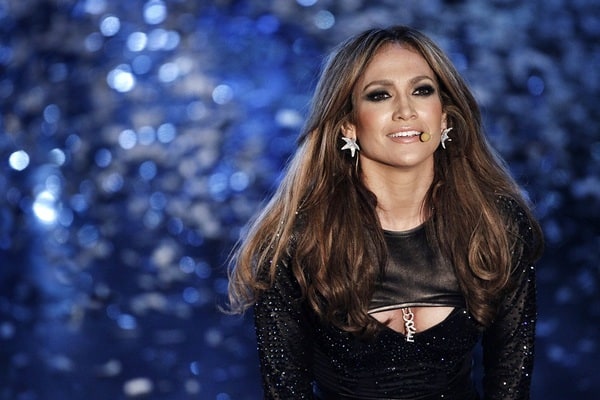 Despite being a few inches shorter than 5’7, Jennifer Lopez gets two thumbs up for celebrities that are 5’7 tall. The New York entertainer got her start in the music business as pop star J-Lo before transitioning into the movie business. Still looking stunning at the age of 52, Lopez is the first Latin actress to ever earn over $1 million for a film, which came about with her leading role in the 1997 flick Selena. 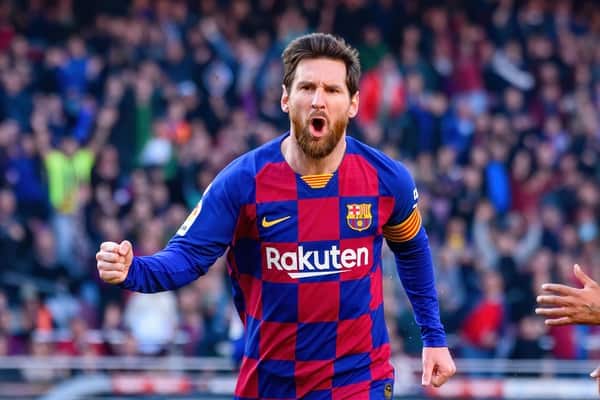 Argentinian legend Lionel Messi is one of the greatest football players ever to grace the pitch. While his time in Paris at PSG has been underwhelming, nothing can take away from his career-defining spell at Barcelona. While at the Spanish giants he won everything he could. Ten league titles, seven Copa del Rays, and four Champions League titles. He’s also been awarded the Ballon d’Or on seven occasions, the most ever. He is a true icon on and off the pitch. 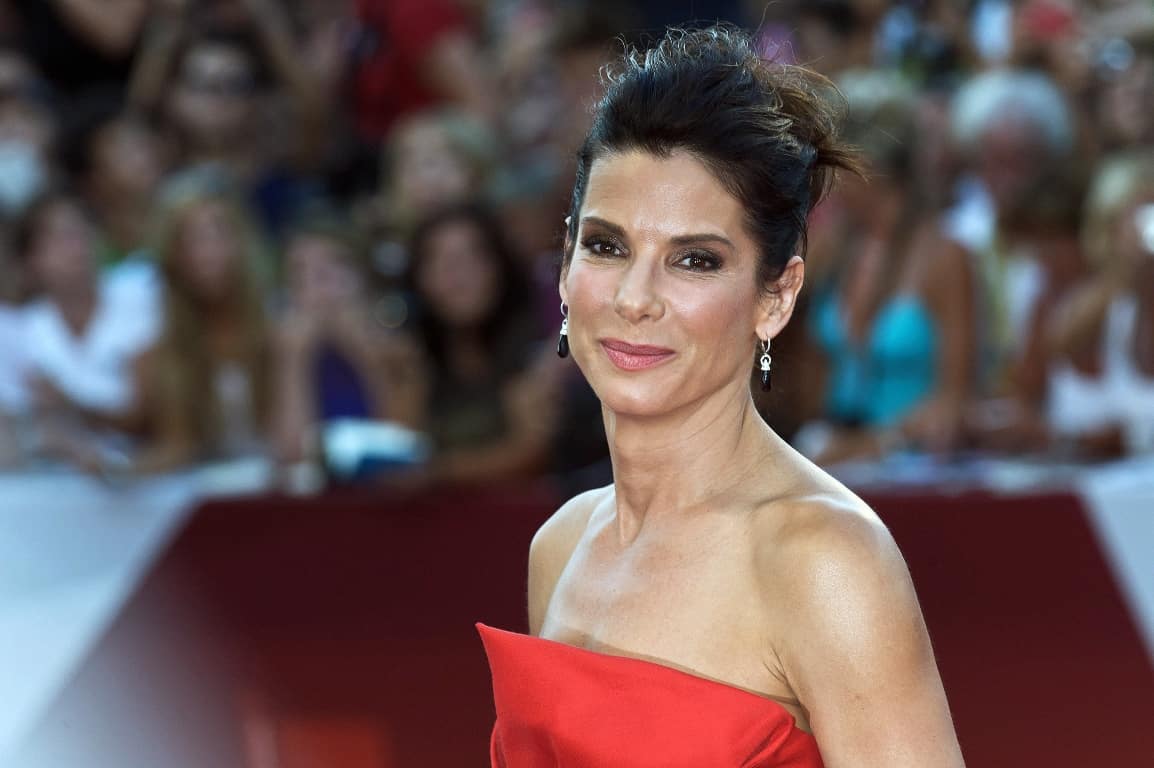 Sandra Bullock is one of America’s favorite actresses. Making her name in the 90s with hits such as Speed (co-starring Keanu Reeves), The Net, and A Time To Kill, Bullock quickly became a household name. The last two decades have seen Bullock switch between comedies (Miss Congeniality, The Heat, The Lost City) and dramas (The Blind Side, Gravity). She is still a big draw at the box office and runs her own production company on the side. Bullock also won an Oscar for Best Actress for her role in The Blind Side. 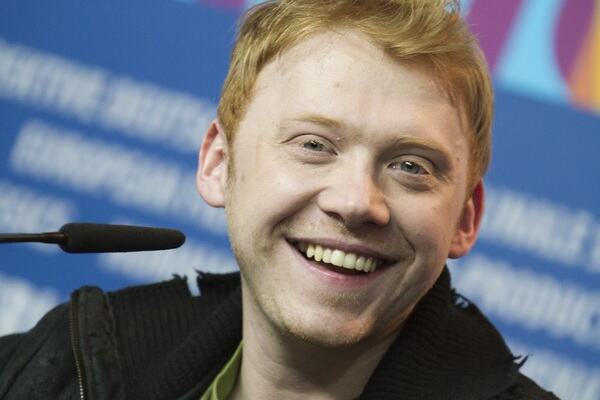 One of the stars of the Harry Potter films is ginger wonder and actor Rupert Grint. While he is best known for his portrayal of Ron Weasley in the mega-successful franchise, he has gone on to do great work in other media. Although he works sporadically, his performances in the movies Wild Target and Charlie Countryman, and his roles in the TV series Sick Note and Servant, have all been well received. 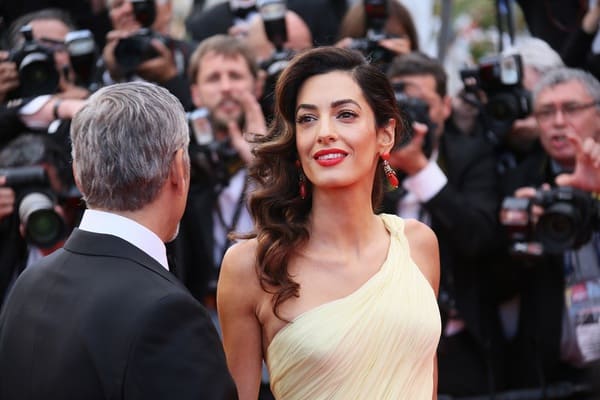 The wife of George Clooney is just as famous as he is in the human rights sector. The British-Lebanese barrister has represented the likes of WikiLeaks founder Julian Assange and Nobel Prize laureate Nadia Murad. She regularly represents journalists and has won many awards for her work in the courtroom. She is also a mum of two kids and has written several books and contributed to a number of law journals. 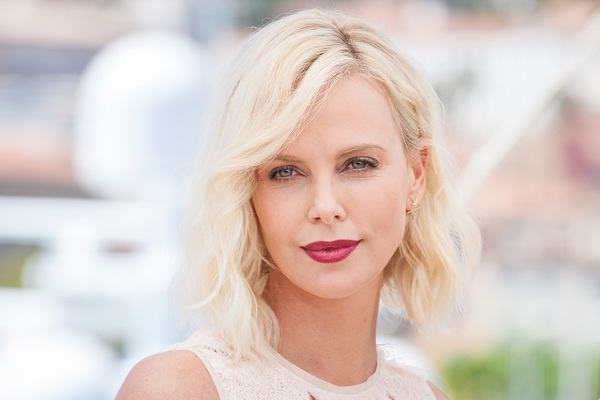 When it comes to South African actors and actresses, few are as famous as Charlize Theron. Another of the world’s highest-paid actresses, Theron has a diverse filmography chock full of hits. She has done everything from dramas (The Cider House Rules, Monster) and comedies (Waking Up in Reno, Young Adult) to sci-fi (Prometheus) and action films (The Old Guard, Mad Max: Fury Road). She is currently hamming it up in the Fast and Furious franchise as baddie Cipher. 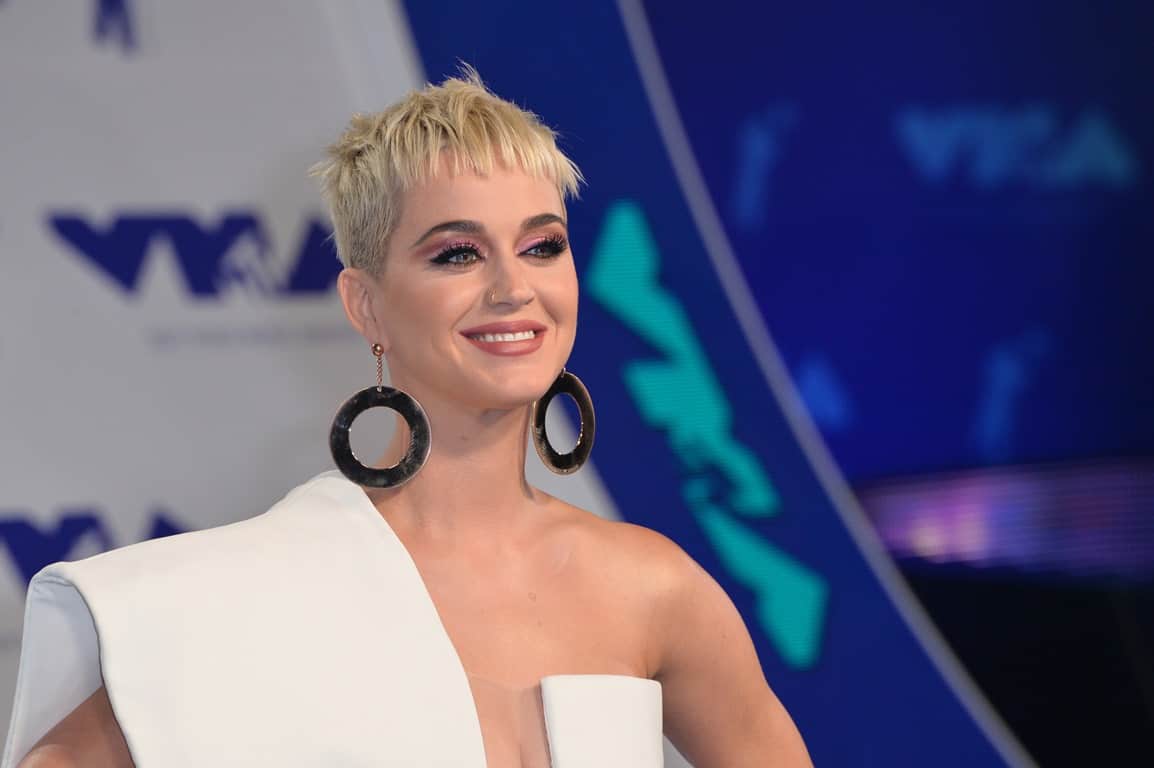 Famous person Katy Perry stands somewhere between 5’7 and 5’8. The pop singer has been in the music industry for two decades and released six albums, three of which have topped the Billboard charts. She’s also had a string of number one hits, including I Kissed a Girl, California Dreams, Firework, and Roar. Having sold over 143 million albums worldwide, Perry has won numerous awards and is the most followed woman on the social media platform Twitter. She’s also engaged to Orlando Bloom, which is pretty neat. 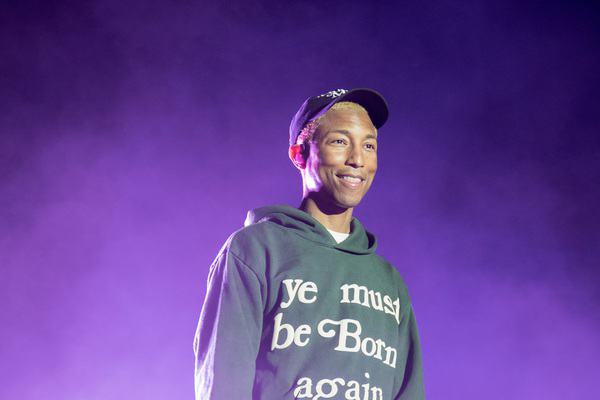 Producer extraordinaire Pharrell Williams is another celebrity on the shorter side. A regular at the Met Gala, Pharrell is one half of the production team The Neptunes along with Chad Hugo. The duo dominated the early 00s before Pharrell went solo as a producer, releasing two albums over the past 15 years. He also has his own band N.E.R.D. Some of his biggest production credits include Get Lucky with Daft Punk and Nile Rogers, Hot in Herre with Nelly, and Drop It Like It’s Hot with Snoop Dogg. 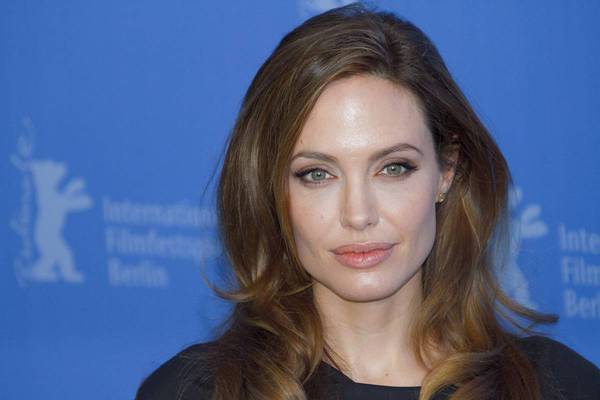 While a touch under 5’7, Angelina Jolie still gets a spot on this list. The former Mrs. Brad Pitt was at one point the highest-paid actress in the world. The daughter of Jon Voight has starred in a raft of fantastic films and won an Academy Award and three Golden Globe Awards. Although she has only been acting sporadically over the past decade, spending more time with her six children, whenever a new film featuring Jolie is announced it is a big deal. 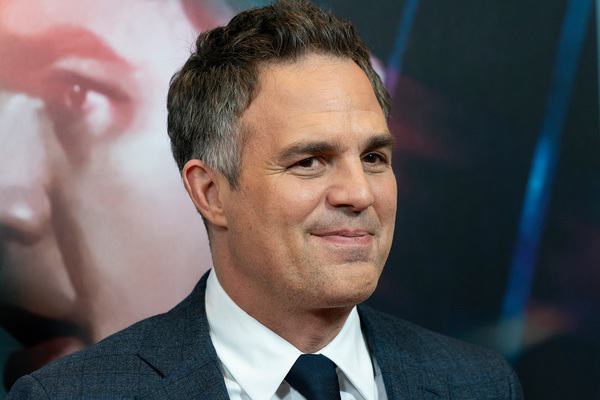 Best known for playing The Hulk in the Marvel Cinematic Universe, Mark Ruffalo has a solid film career dating back to the early 90s. The Last Castle, Eternal Sunshine of the Spotless Mind, and Zodiac got him noticed before the Marvel films put him on the map. As well as acting, Ruffalo has produced several films, as well as tried his hand at writing screenplays and directing. 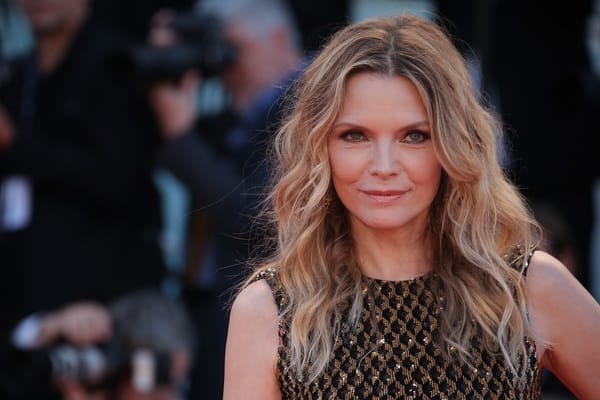 For someone who has been acting for four decades, you would expect Michelle Pfeiffer’s filmography to be chock full of movies. That isn’t the case. The American actress with a Hollywood Walk of Fame star appears to be picky when it comes to the roles she chooses. Some of her most notable films include Scarface, Batman Returns, Dangerous Liaisons, and Hairspray. 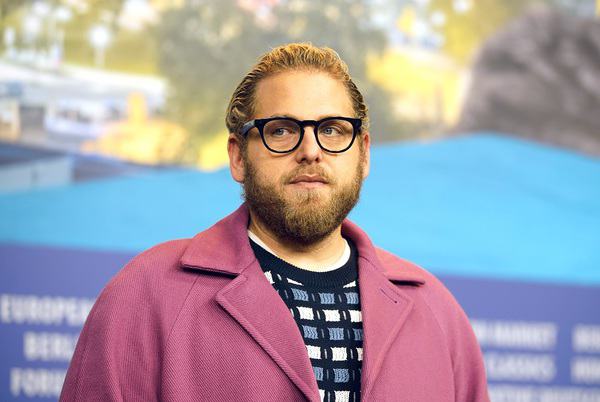 Jonah Hill has evolved from the fat kid in Superbad to one of the most talented actors in Hollywood. Dabbling in comedies during his early years (Grandma’s Boy, Knocked Up, Forgetting Sarah Marshall), the last decade has seen Hill flex his acting chops in the likes of The Wolf of Wall Street, True Story, and Don’t Worry, He Won’t Get Far on Foot. He has also written and directed the indie hit Mid90s and several music videos. 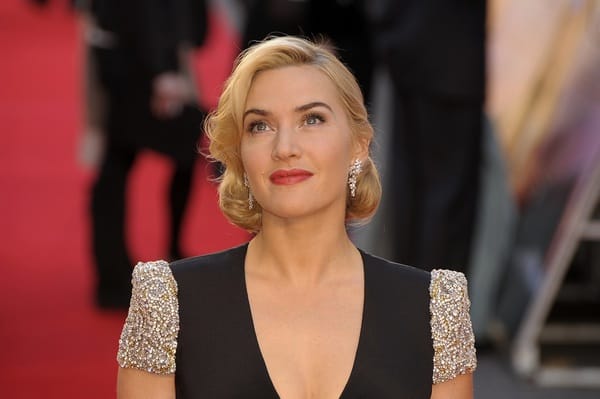 Just scraping in with a height of a touch under 5’7, Kate Winslet will forever be known as Rose from Titanic. While this is arguably her most celebrated role, Winslet has managed to carve out an exciting and interesting career over the past three decades. She switches from blockbuster to independent films with ease and has also found herself receiving critical acclaim for her foray into the small screen with the series Mildred Pierce and Mare of Eastown.