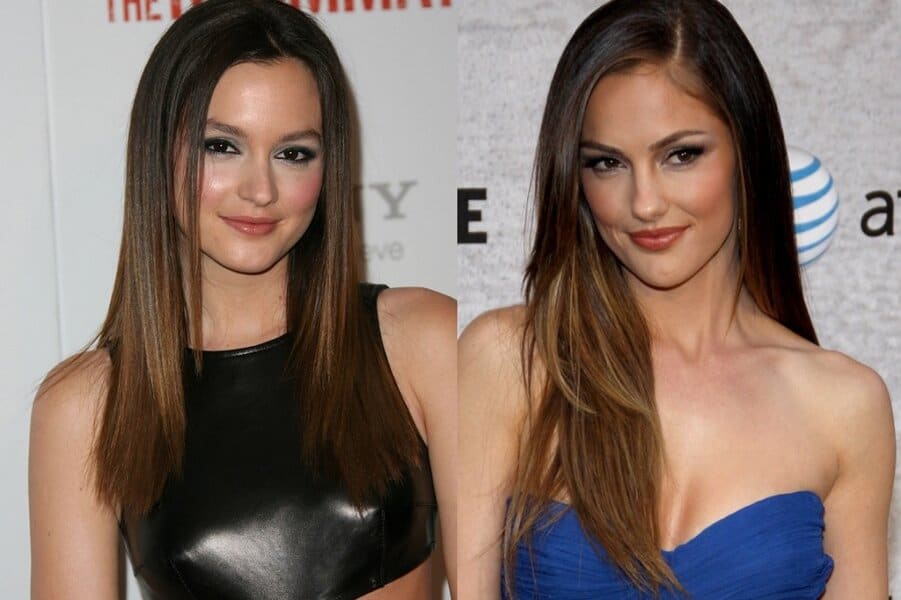 Every actor, musician, and comedian must have a unique style and personality to get noticed in Hollywood. Celebrities thrive on being trendsetters that transcend time. They all want to be that one-of-a-kind star. As it turns out, no celeb is one of a kind. Many of Hollywood’s biggest stars have a counterpart who’s a major Hollywood star too. Hollywood is full of celebrities that look alike, with both people being major stars. Each celebrity has carved out their own legacy and career but happens to look similar to another star. Their resemblance is so uncanny that it’s hard to tell them apart. In fact, many of the stars admit that fans and reporters often mix them up with their counterparts. Here’s a look at 17 celebs that look alike. 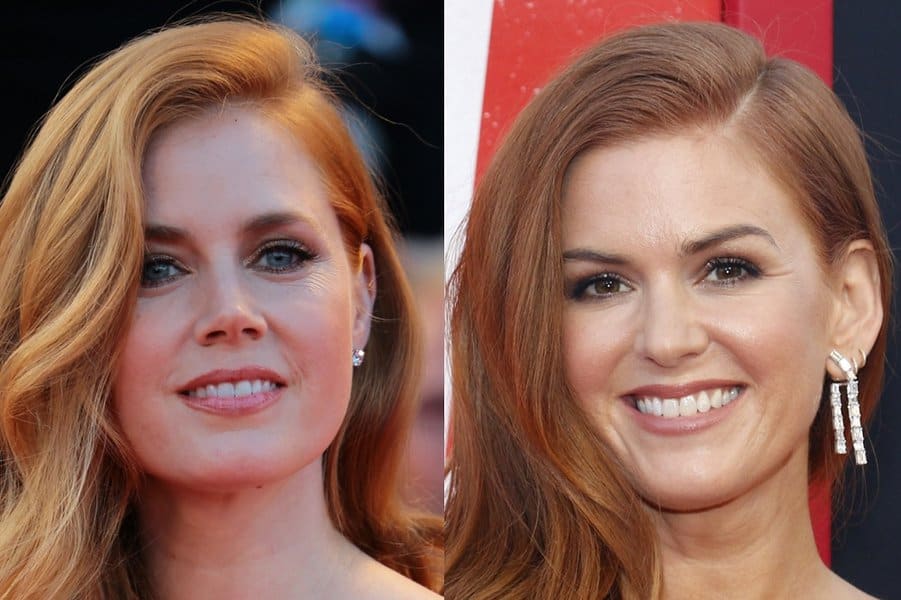 No two celebrities get mixed up more than Amy Adams and Isla Fisher. The resemblance between the leading actresses is uncanny. Regardless, Adams and Fisher are two different people with great careers.

Fisher and Adams often joke about looking similar. One year for Christmas, Fisher used Adams’s picture in the Christmas card she sent to her family and friends as a joke. It turns out they couldn’t tell the difference either, with nobody noticing it wasn’t actually Fischer on the card. 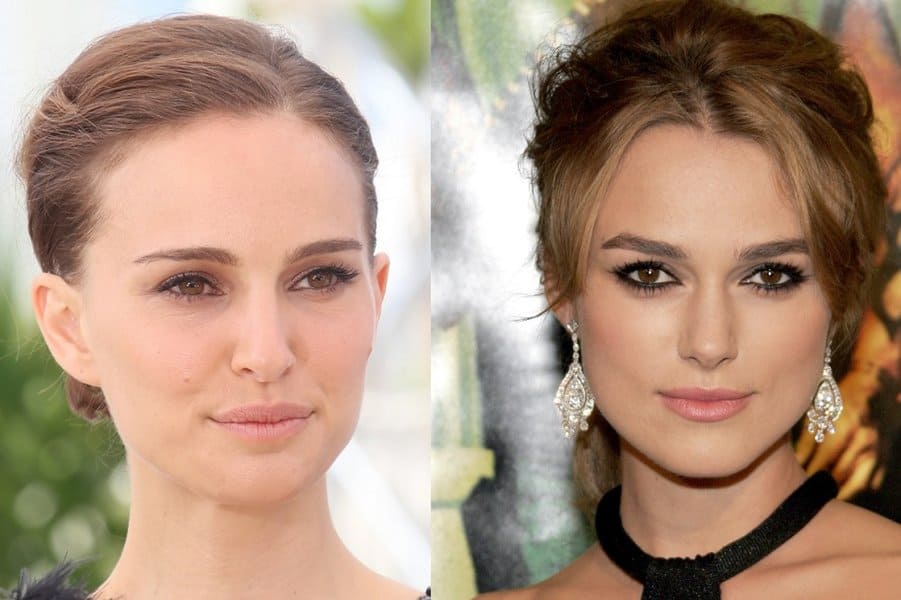 Natalie Portman and Keira Knightly look so similar they even fooled Obi-Wan Kenobi. Potman and Knightly are two of Hollywood’s most famous stars and look incredibly similar.

They look so identical that George Lucas cast Knightly as Sabé, the decoy/double for Queen Amadala (portrayed by Portman) in Star Wars: Episode I – The Phantom Menace. 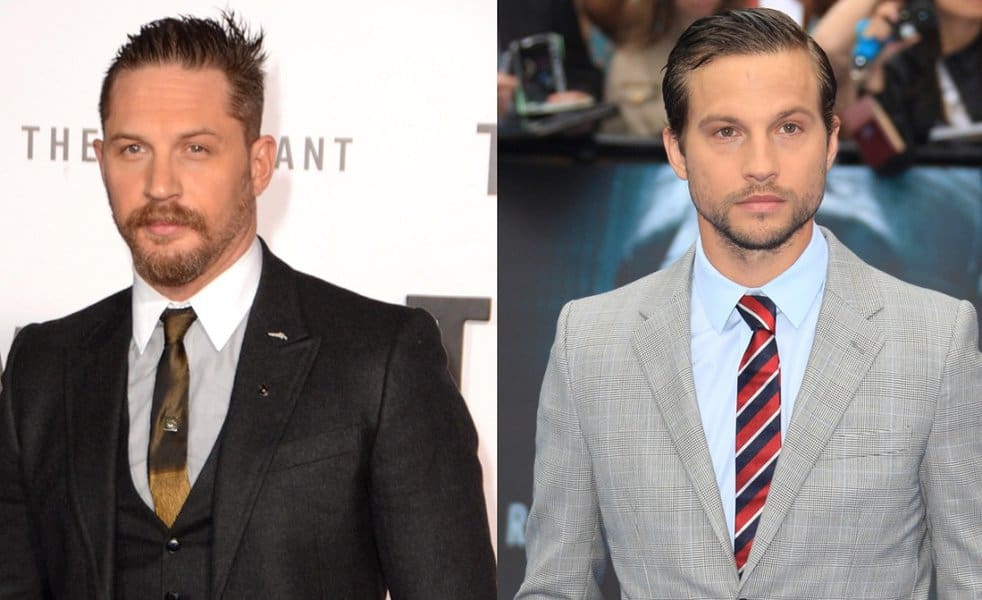 For years, fans have discussed the unbelievable resemblance between actors Tom Hardy and Logan Marshall-Green. The two celebrities look so similar they could be twins. They are both around the same age with very similar physical appearances.

However, the American actor and British star are two very different people. They both have great careers and have achieved incredible success on their own. At the same time, they should consider playing brothers in a movie together. 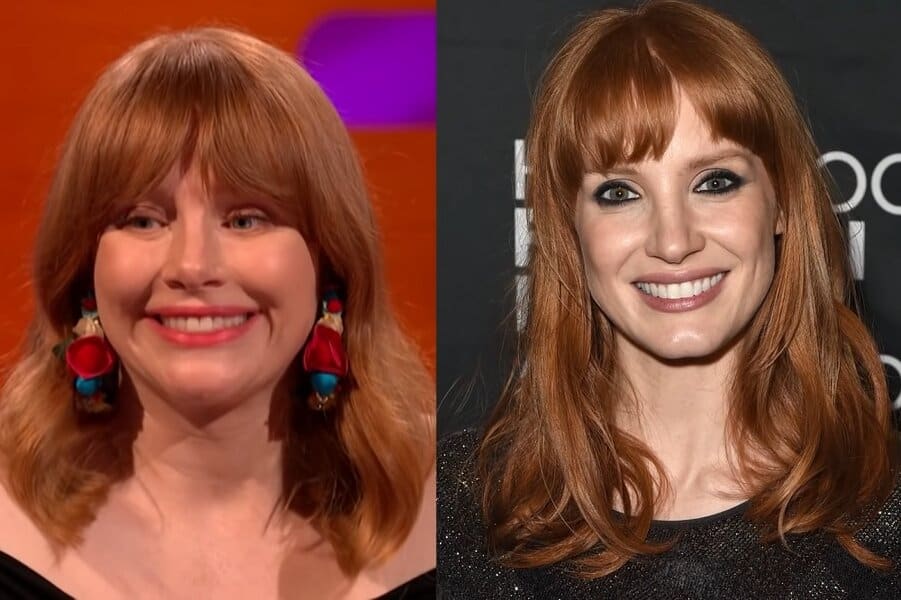 It’s common for people to go to a Jessica Chastain movie and praise Bryce Dallas Howard for a stellar performance. It happens the other way around too. With similar physical appearances and fiery red hair, Chastain and Howard are often confused for each other.

The two iconic redheads are also incredibly talented stars appearing in critically acclaimed movies and box office blockbusters. They also co-starred in the 2011 film The Help, which adds to the confusion.

5. Will Ferrell and Chad Smith 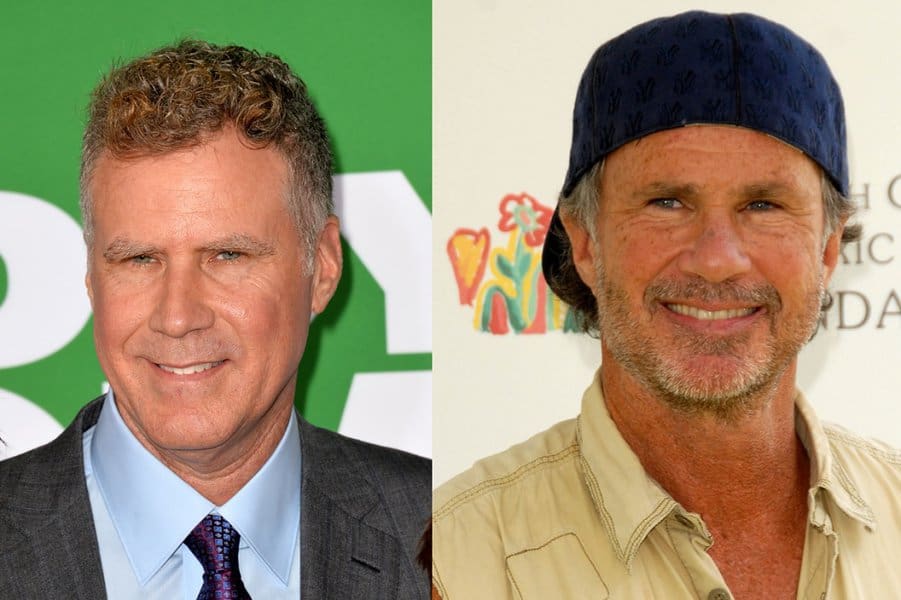 In 2014, Red Hot Chilli Peppers’ drummer Chad Smith and comedian Will Ferrall showed up together on the Tonight Show starring Jimmy Fallon. Dressed the same, Smith and Ferrall looked like clones. They turned their similar resemblance into an epic fake feud to end all rivalries.

The two legends went head-to-head on the Tonight Show in a drum-off to reveal the fake one. The two good friends still continue their “feud” over their uncanny resemblance today. 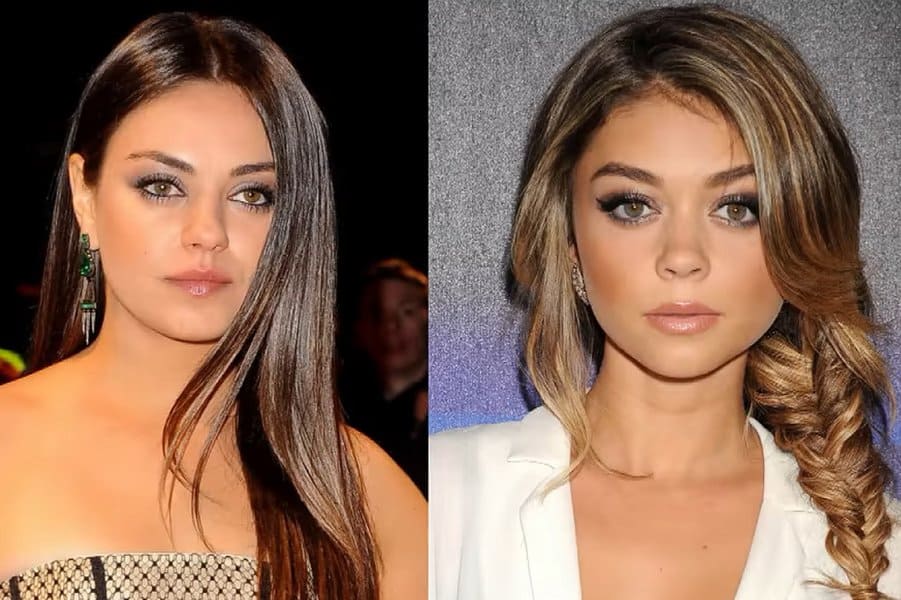 Some fans are confident that Mila Kunis and Sarah Hyland are somehow related. Kunis and Hyland share similar eyes and styles. They’re also talented actresses that are hilarious in comedic films and show-stealing in dramatic roles.

When they first met in 2010, Kunis admitted that she lets people think she’s Hyland because it makes her feel young. They joked that they often pretend to be the other. 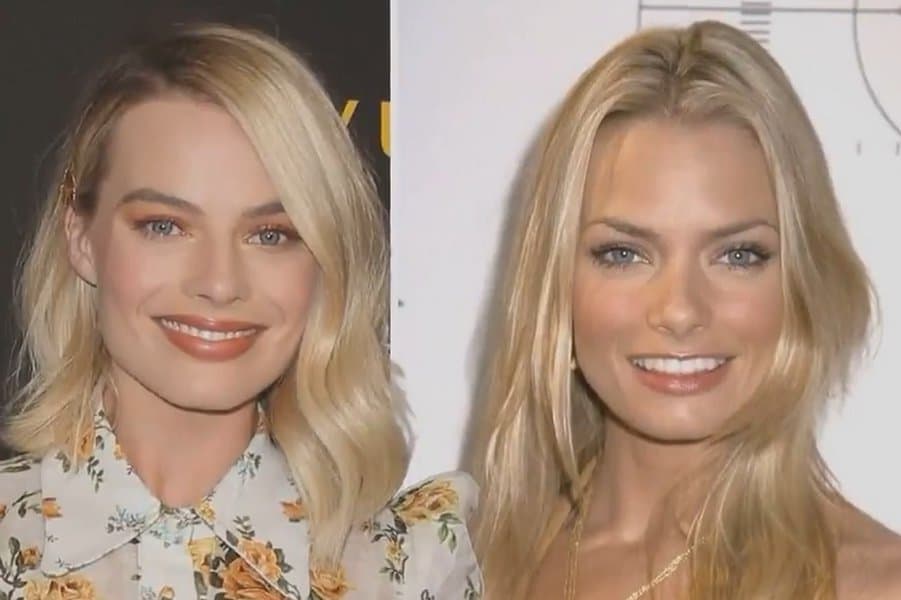 Despite a 13-year age difference, Australian-born Margot Robbie and American actress Jamie Pressly look like long-lost twins. It’s impossible to tell them apart when photographed together.

Pressly rose to fame in the late 90s and early 2000s, while Robbie became a household name in the 2010s. Both actresses have phenomenal careers. 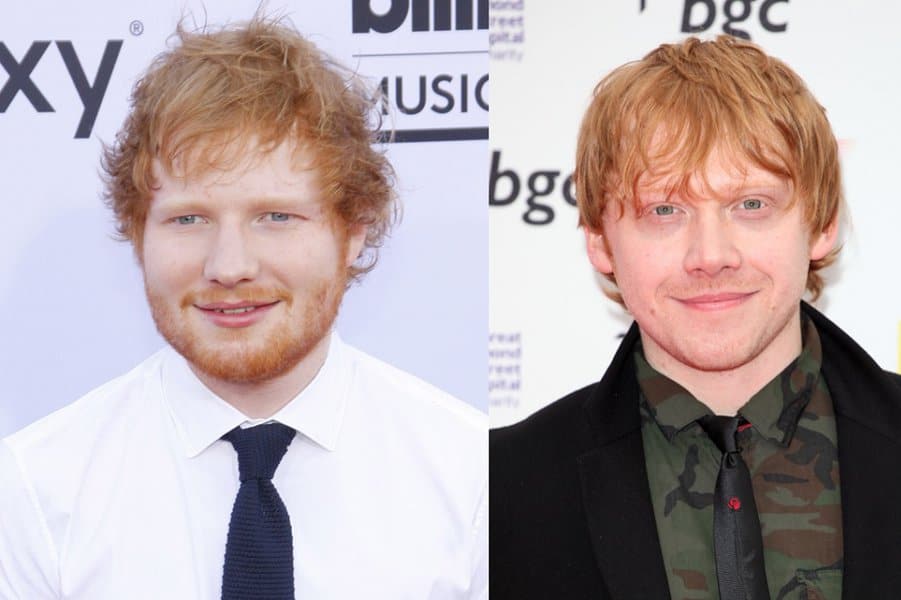 One is a pop icon selling out stadiums worldwide while the other fought alongside Harry Potter. Regardless, fans always mistake actor Rupert Grint for musician Ed Sheeran.

Grint admits that he plays along with fans and lets them think he’s Sheeran. They both hail from the UK and rock blazing red hair. They’re aware of the resemblance and played off of it in Sheeran’s music video for “Lego House.”

See more about - 20 Richest Musicians In The World 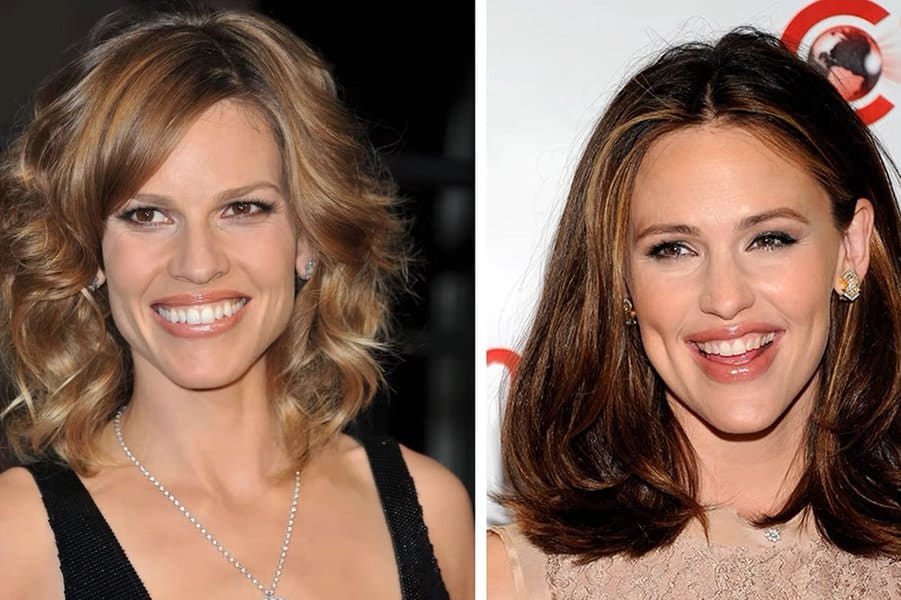 Jennifer Garner and Hilary Swank are both used to fans mistaking them for each other. Garner and Swank are around the same age with similar appearances and styles. Nowadays, they stop resisting and just give in to mistaken identity.

On Conan, Swank admitted that she doesn’t correct fans anymore when they confuse her for Garner. Swank even goes as far as to pose for pictures and sign Garner’s autograph. 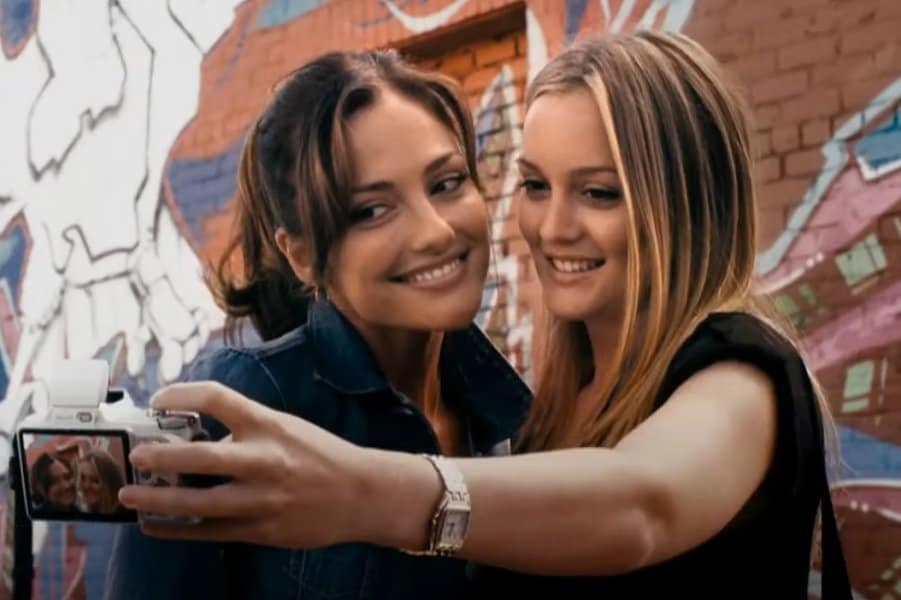 Since the start of their careers, fans have compared Leighton Meester and Minka Kelly. They have many similarities, including physical appearance and style. In the late 2000s, Meester had her career break in Gossip Girl, while Kelly rose to the top in Friday Night Lights.

They look so similar they co-starred in the thriller The Roommate, which includes a scene of Rebecca (portrayed by Meester) disguising herself as Kelly’s character Sara. 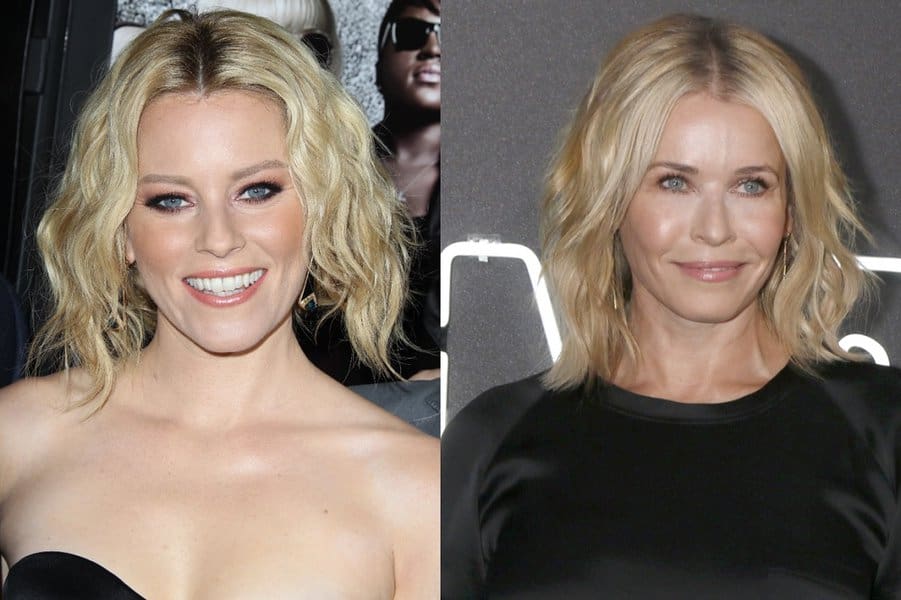 Elizabeth Banks and Chelsea Handler are two of the funniest women in Hollywood today. They have a few common traits, notably their golden blonde hair. Handler and Banks once discussed fans mistaking them for each other.

During an appearance on Chelsea Lately, Banks recounted a fan excitedly approaching her to get an autograph only to realize he mistook her for Handler. Banks didn’t want to burst his bubble, so she didn’t correct him. 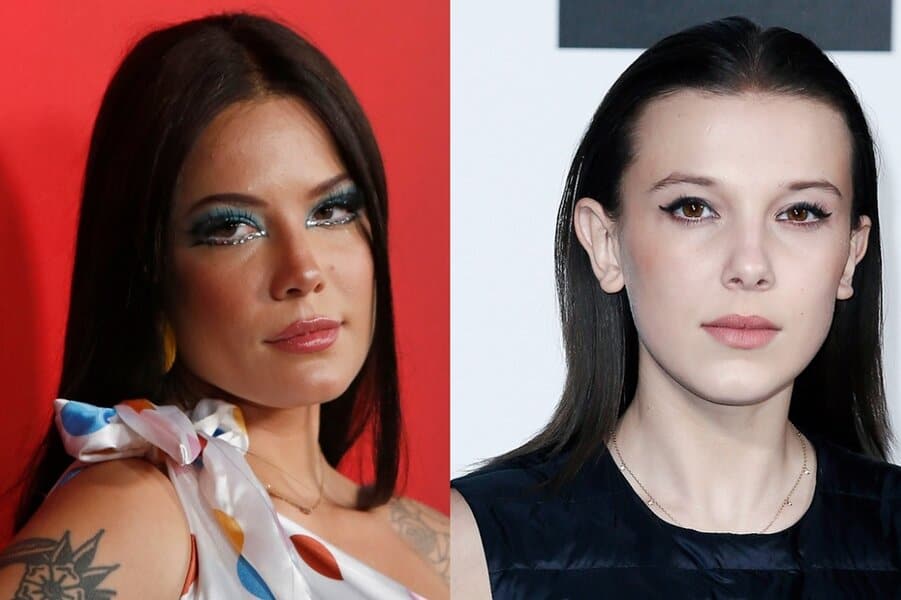 When it comes to celebrity look-alikes, Halsey and Millie Bobby Brown are always in the conversation. Halsey and Brown are fully aware of their eerie resemblance.

The chart-topping singer admitted she’d love to have Brown portray her in a biopic. It’s safe to say that The Stranger Things star would be the ideal celebrity for the role. 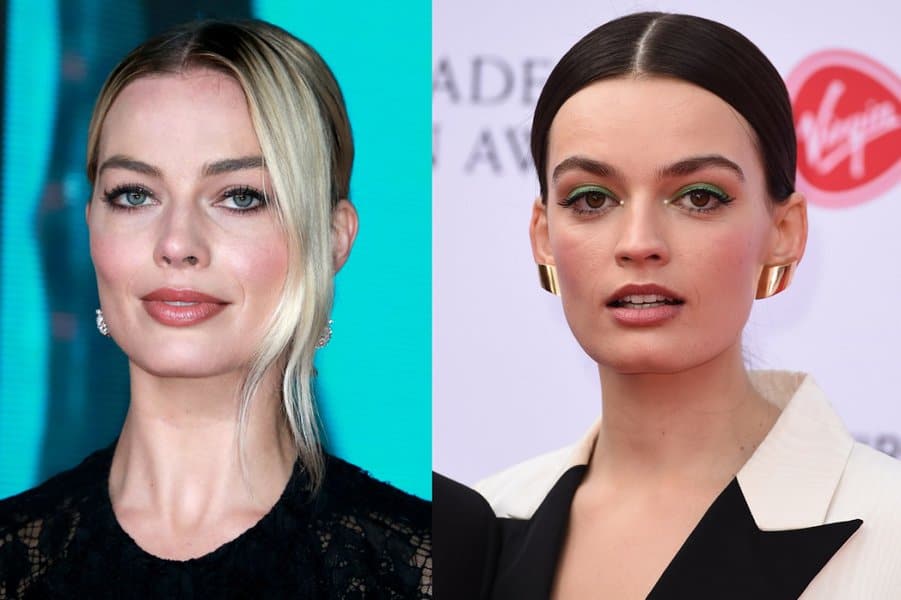 Recently, Emma Mackey exploded on the scene with her breakthrough performance in Netflix’s Sex Education. Instantly, everyone noticed a resemblance to Margot Robbie.

Robbie is one of the biggest stars today, while Mackey is a blossoming star. Mackey’s early in her career but already proving herself worthy of comparison to Robbie. 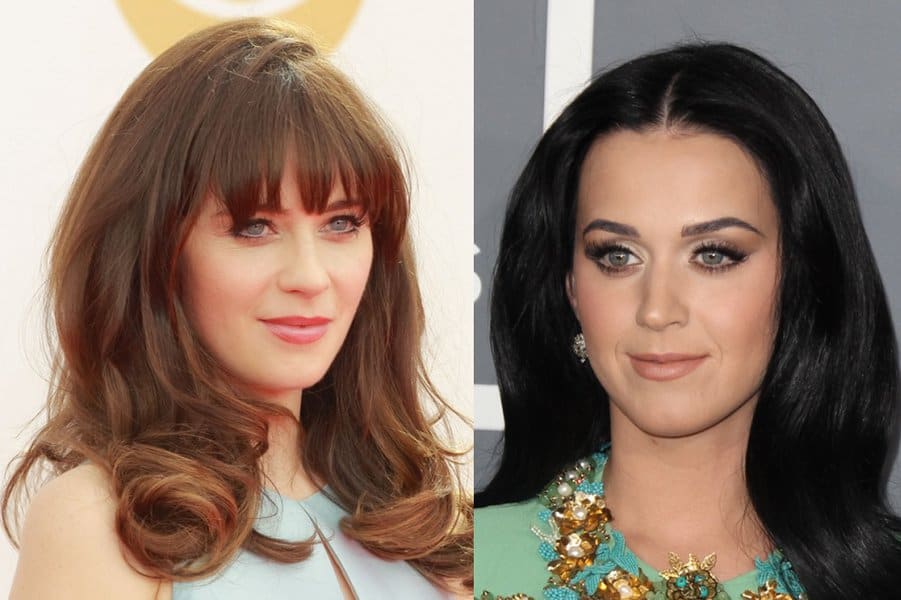 Aside from similar appearances and musical abilities, the two Hollywood stars couldn’t be more different. At one point, it slightly annoyed Deschanel until she met Perry and realized how great she is. 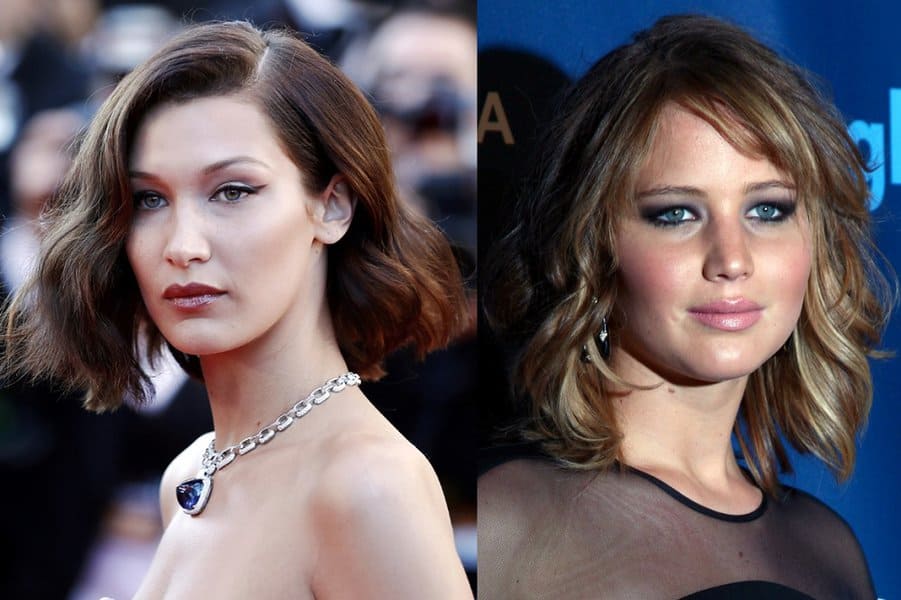 Critically acclaimed actress Jennifer Lawrence and supermodel Bella Hadid are two of the most recognizable faces in the world. They’re the best at what they do but still get compared to each other.

They have similar styles but have two very different personalities. It just so happens that fans often confuse the two world-famous stars. Hadid once noted she gets mistaken for Lawrence daily. 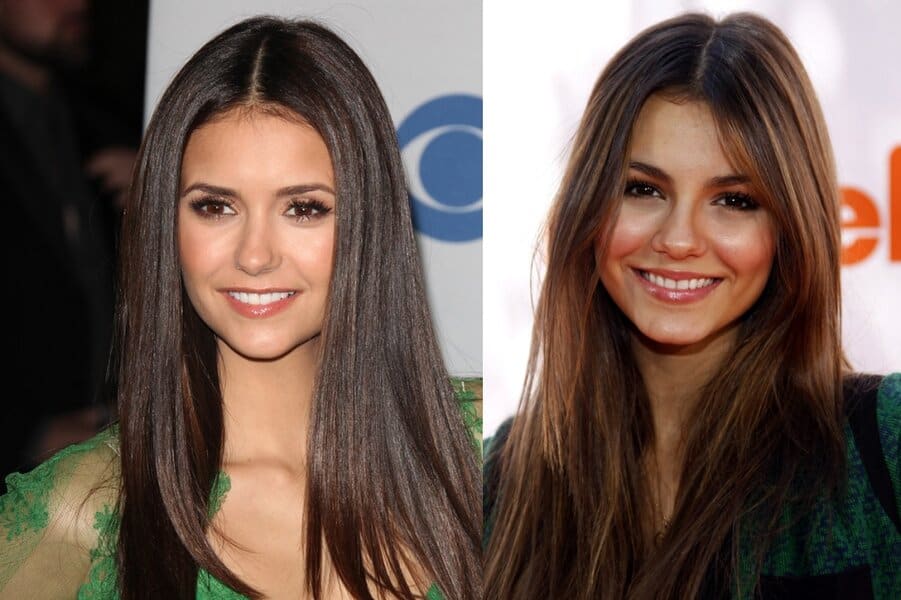 Nina Dobrev and Victoria Justice both started their careers as teen stars in Vampire Diaries and Victorious, respectively. The two celebrities share similar traits, including hairstyle and hair color. Plus, they both rose to fame around the same time.

With similar appearances and styles, it’s easy to confuse the two stars that gained fame simultaneously. 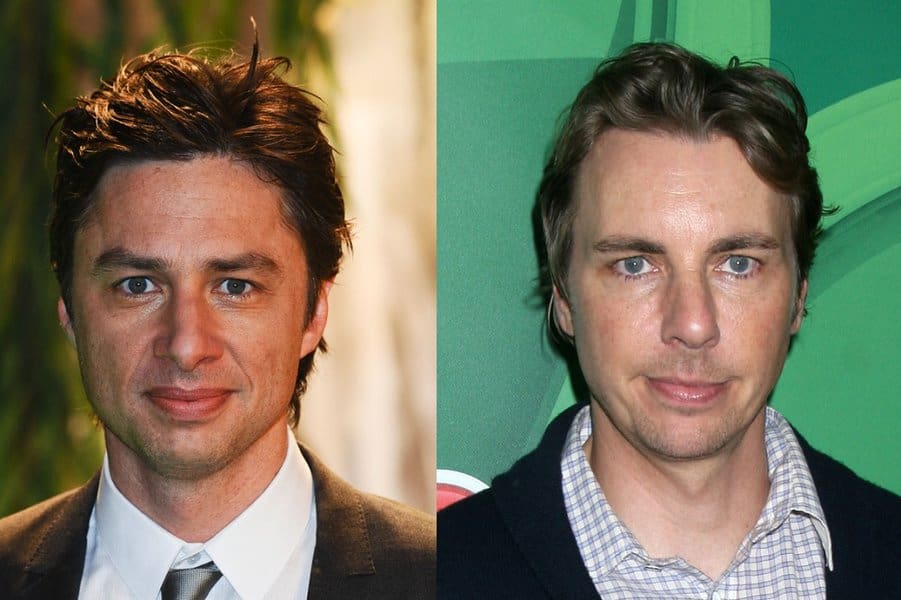 Zach Braff and Dax Shepard are two of the funniest celebrities in the industry. They often get mistaken for each other due to their similar sense of humor and physical resemblance. It’s genuinely unique how much Braff and Shepard look alike.

Braff and Shepard are fully aware that they could pass for brothers. They even joke about the shocking resemblance. Braff noted that Shepard’s wife, Kristen Bell, took a faceswap of Braff and Shepard, and it was impossible to tell them apart.