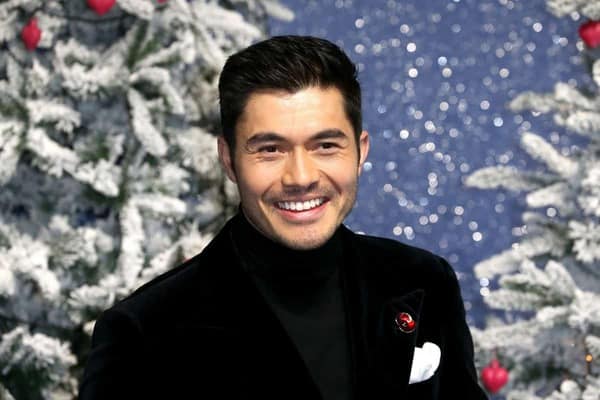 The 15 Most Famous Asian Actors and Actresses in the World

These actors and actresses are breaking down barriers and taking over from those that have come before them. The likes of Jackie Chan, Michelle Yeoh, Bruce Lee, and Anna May Wong laid the groundwork for these modern movie stars to take down the stereotypes surrounding Asia actors and actresses.

To celebrate these acting greats, both from the old and new generations, here are 15 of the most famous Asian actors and actresses impacting Hollywood. 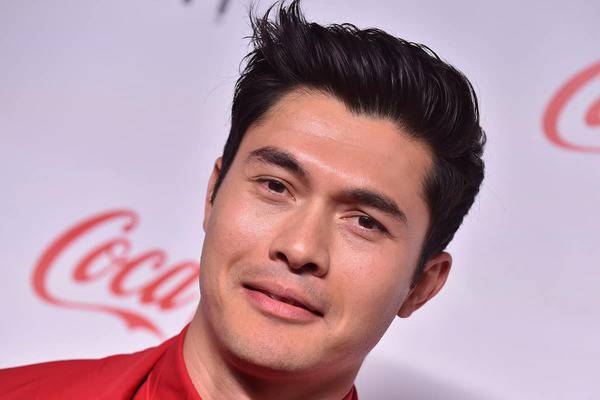 Despite only recently acquiring leading man status, Henry Golding has been in the Hollywood system for a number of years. After first wanting to be a hairdresser, Golding’s attention soon turned to acting. His first role was actually a hosting position for the Maylasian variety show The 8TV Quickie. A natural behind the camera, this gig soon led to Golding hosting Football Crazy, Welcome to Railroad Maylasia, and BBC favorite The Travel Show, which he is still involved with today.

His big break came when cast in the international hit Crazy Rich Asians. Although at first turning down the role due to his lack of experience, Golding eventually relented and took on the role of the handsome Nick Young. The movie’s incredible success worldwide turned Golding into the latest heartthrob and he found himself cast in the romantic comedy Last Christmas alongside Emilia Clarke. This was followed by one of the main parts in Guy Ritchie’s The Gentleman and the leading role in Snake-Eyes. With several more movies set to be released in the coming years, Golding is one name you will be hearing about a lot in the future. 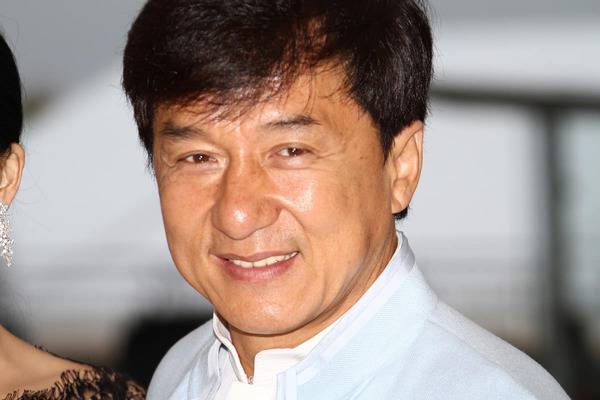 Nobody does action like Jackie Chan. The Hong Kong-born Chinese star helped define Asian kung fu films of the 70s and 80s. The former stuntman is known for his commitment to performing daredevil stunts that elevate his movies to the next level. He has featured in over 150 films and acquired some nasty injuries along the way. He broke into the mainstream with cult classic Rumble in the Bronx, leading to him starring with Chris Tucker in the smash hit Rush Hour. Two sequels later and with a host of American films under his belt, Chan had finally established himself as a global box office star.

As well as his prolific film career, Chan is a noted singer who has released many albums in his native language that have topped the charts. He is also a well-known philanthropist, although his politics are questionable, as Chan has become pro-Communist. 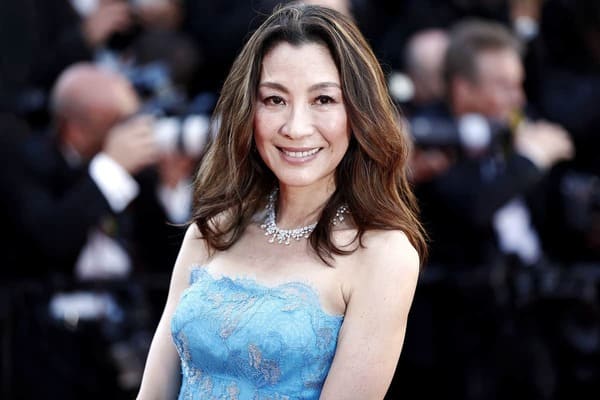 It is time Michelle Yeoh got her flowers. The Malaysian actress has been on our screens for decades but only recently believes she is finally getting to show her wares. During an interview with GQ discussing her career, Yeoh got emotional while talking about her latest film, Everything Everywhere At Once. She believes this is the film that finally showcases her talents and will get her the respect she deserves.

While she is incredible in that film, Yeoh is being a tad hard on herself, with some of her earlier performances just as impacting. While her early action movies are worth a watch (Police Story 3: Super Cop especially), it’s films like Memoirs of a Geisha and Crouching Tiger, Hidden Dragon, and her role in the TV series Star Trek: Discovery, that display her acting skills. These movies have helped cement her legacy as one of the greats of our generation. Although the less said about the James Bond flick Tomorrow Never Dies the better. 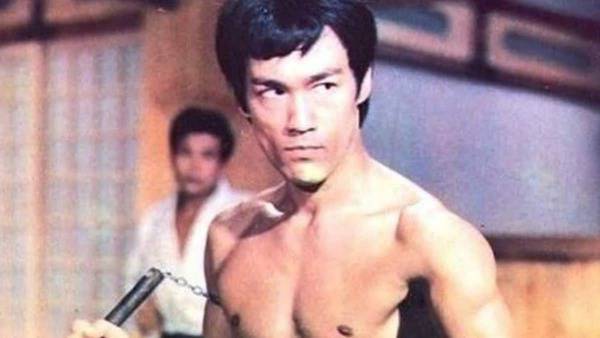 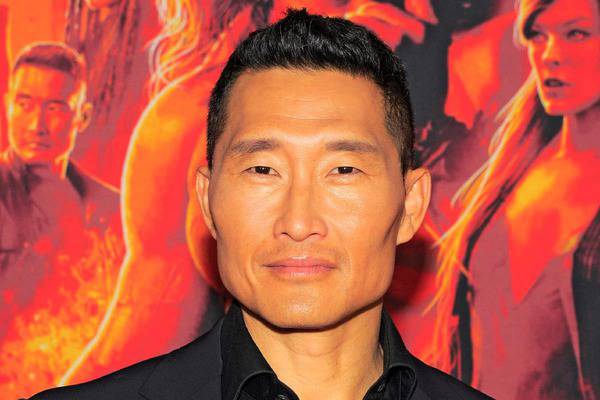 Born in South Korea, Daniel Dae Kim has had a successful career in the entertainment world for over 30 years. An expert in Tae Kwon Do, Kim first got small roles in a host of TV shows until being cast as Jin-Soo Kwon in Lost. This elevated his star and Kim quickly found himself a mainstay on TV after Lost ended. He starred in seven seasons of the Hawaii Five-0 reboot and has featured in shows such as The Good Doctor, The Hot Zone: Anthrax, and She-Ra and the Princesses of Power.

One of People Magazine’s 2005 ‘Sexiest Men Alive’ has carved out an intriguing career that looks set to continue for another three decades. 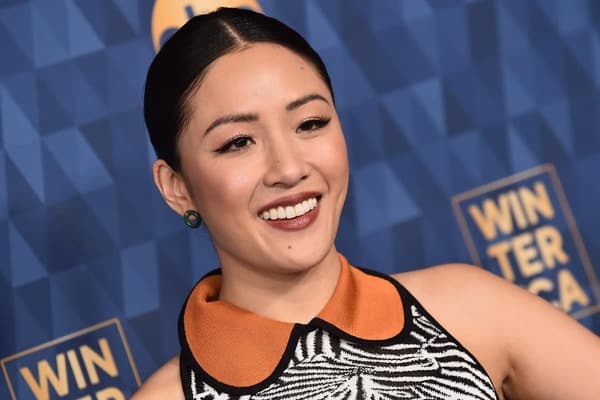 Constance Wu an Asian American actress who was pursuing a career in speech pathology before a change of heart saw her move to Los Angeles and get into acting. She got a number of small roles before breaking out with the hit comedy Fresh Off the Boat. The series is based on the experiences of famous chef Eddie Huang and has won numerous awards and received critical acclaim. Wu herself has been praised by many for her performance on the show.

Wu’s profile only got bigger when cast alongside Henry Golding in the rom-com Crazy Rich Asians and stripper drama Hustlers. With roles in the upcoming TV thriller The Terminal alongside Chris Pratt and live-action/animated musical Lyle, Lyle, Crocodile, Wu is set to be on our screens for many years to come. 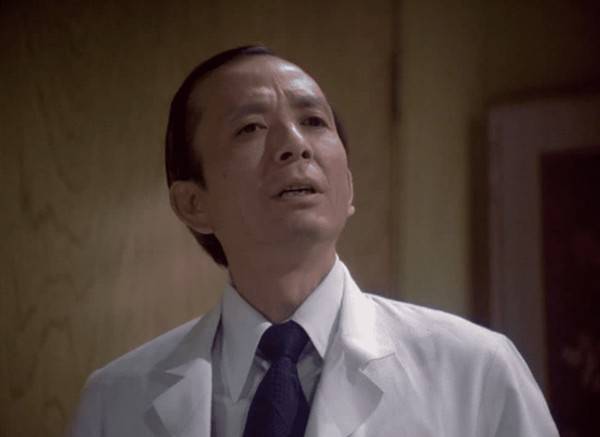 With a career spanning 70 years, James Hong has seen and done it all in the entertainment world. The actor, director, and producer has more than 450 movie and TV credits to his name and continues to act, despite being in his 90s.

He first got noticed in the detective series The New Adventures of Charlie Chan. He then popped up in big-time shows such as Hawai Five-O, Perry Mason, and The Man From U.N.C.L.E. Hong also had notable roles in movies such as Chinatown, Big Trouble in Little China, and Blade Runner. His voice-over work has been applauded and in 2022 he was finally awarded a star on the Hollywood Walk of Fame. Much deserved we think. 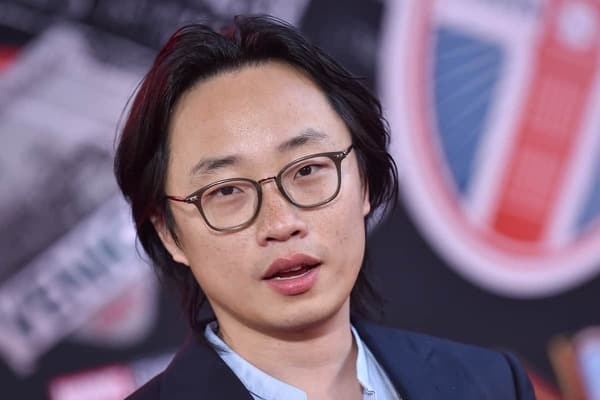 Unlike many on this list, Jimmy O Yang started his career in comedy. After graduating with a degree in economics and getting a job at a financial consulting firm, Yang soon realized this wasn’t what he wanted to do with his life. He sold used cars and DJed at a strip club before moving to Los Angeles to chase his comedy dreams.

He worked as a stand-up before landing his first acting gig on 2 Broke Girls. Then came cameos in It’s Always Sunny in Philadelphia and Criminal Minds before Yang was cast in Silicon Valley. That role enabled him to get into the movies, featuring in Crazy Rich Asians, Fantasy Island, and Love Hard, along with his own comedy special for Amazon Prime Video, Good Deal. 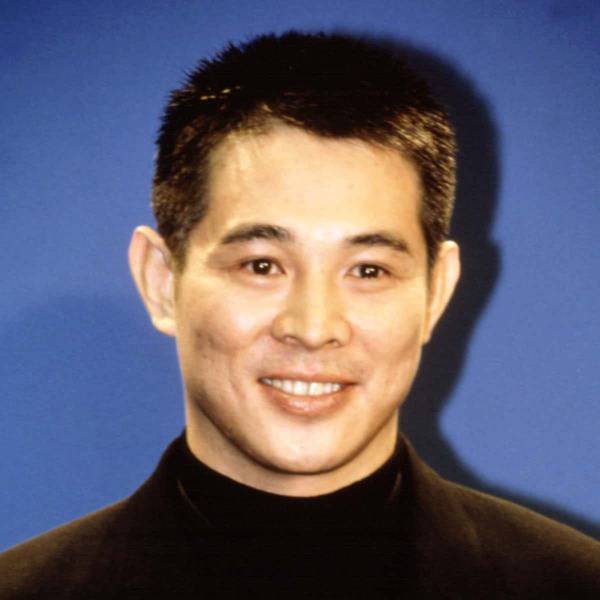 Similar to Jackie Chan, Jet Li was a big star in Asia before making it big in the States. Having a gift for the martial art Wushu, Li mastered several disciplines and won many awards before a knee injury at 18 put an end to his competitive days. He soon turned his attention to acting so he could showcase his martial arts talents. He became a huge star in China with films such as the Shaolin Temple and Once Upon a Time in China series of movies.

Following in the footsteps of countryman Jackie Chan, he went to America and scored his first role in the action blockbuster Lethal Weapon 4. He was soon cast as the lead in a variety of action flicks, including Romeo Must Die, Cradle 2 the Grave, and War. While he has continued to have a successful career in Hollywood, it’s Li’s foreign-language films, such as Fear and Hero, that have made the most money over the past two decades. 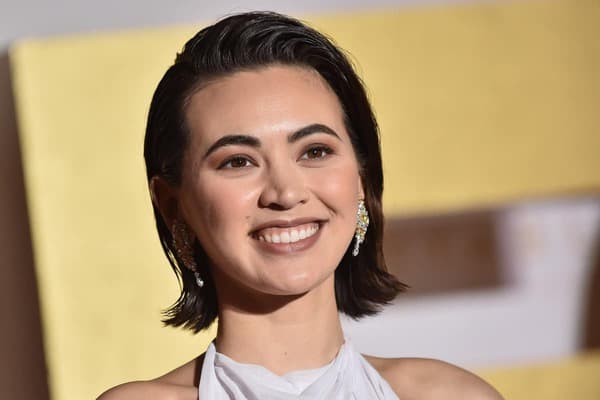 British-born Jessica Henwick has only been acting for 12 years but has already gained a reputation as one to watch. Henwick was the first East Asian actress to be cast in a leading role on the BBC for the show Spirit Warriors. She learned the martial arts Wushu for the role.

Henwick was cast in Star Wars: The Force Awakens and Game of Thrones in 2015, turning her into a household name. A prominent role in the Marvel series Iron Fist and a leading character in The Matrix Resurrections has firmly planted her as one of the most famous Asian actresses in the world. With roles in the upcoming Netflix action movie The Gray Man and much-anticipated mystery thriller Knives Out 2, Henwick is one name you will be hearing a lot over the coming 12 months.

See more about - The 22 Most Famous Redheaded Actresses 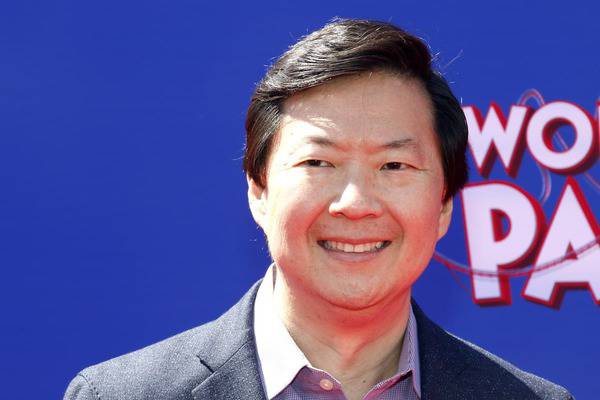 It’s still hard to believe Leslie Chow from The Hangover was once a medical professional. Kim Jeong was a licensed physician in California for many years before turning to his true love, acting.

His first film role was in the Judd Apatow comedy Knocked Up. He received much acclaim for his small but hilarious performance and was soon cast in The Hangover. The rest, as they say, is history. Jeong quit medicine in 2006 and became a full-time actor. Along with the two Hangover sequels, some of Jeong’s most notable performances include Transformers: Dark of the Moon, Killing Hasselhoff, and his role as Ben Chang in the hit sitcom Community. Currently a host of The Masked Singer, Jeong continues to have a successful career and is proof you can achieve your dreams if you stick at it. 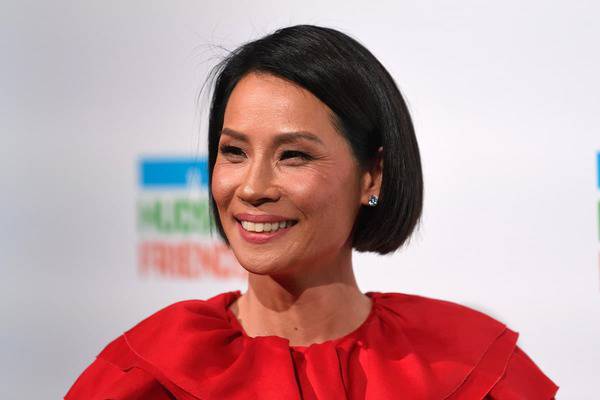 New York-born and bred, Lucy Liu has been a constant on our screens for three decades. She has starred both on the big and small screen. Her most notable television roles include Ling Woo in Ally McBeal and Joan Watson in Elementary. When it comes to film, the two Charlie’s Angeles flicks, Kill Bill Vol. 2, and the Kung-Fu Pana franchise are her best known.

Off-camera Liu is quite a private person, raising her only son as a solo mother and supporting many multidimensional family organizations. 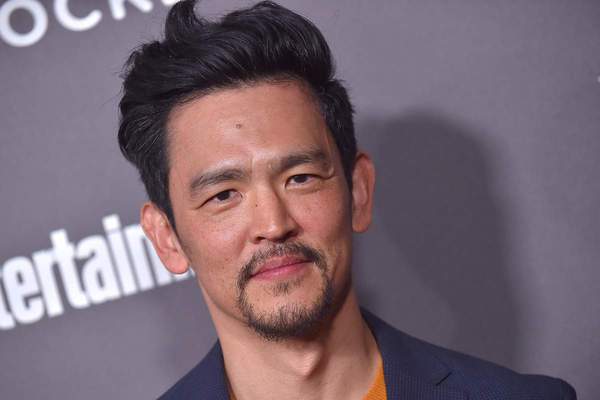 For many, John Cho will always be remembered as MILG Guy #2 in the American Pie franchise. But the South Korean actor has a rich filmography full of dramatic turns and interesting roles. He has appeared in the crime thriller Better Luck Tomorrow, stoner comedy Harold & Kumar Go To White Castle, the Star Trek reboot, and the remake of action flick Total Recall. He also received praise for his role in the live-action version of Cowboy Bebop.

His most proud moment came in 2014 when Cho was cast as the lead in the sitcom Selfie. While not a huge hit, the show was the first time an Asian actor had played the romantic lead, which is pretty crazy considering the time we live in. Cho continues to fight for the rights of Asian actors and actresses and will next be seen in the coming of age drama Don’t Make Me Go. 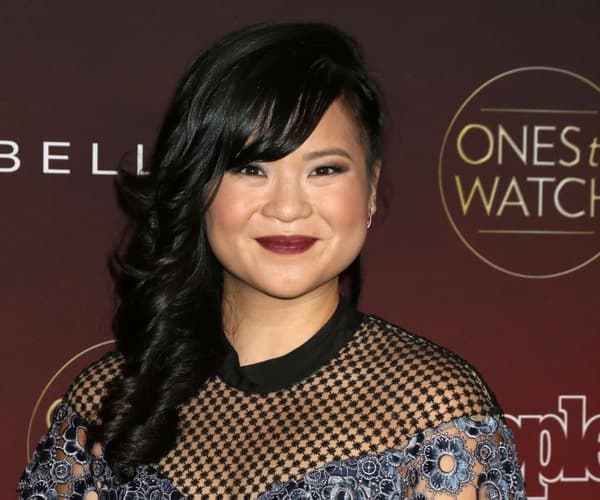 Kelly Marie Tran had a tough intuition into the world of fandom. After a standout performance in Satr Wars: The Last Jedi, where she was the first Asian to be cast in the franchise, Tran received a torrent of abuse from people online. It sent her on a downward spiral and nearly ended her career. But with support from her family, other actors, and real fans, Tran returned to acting, featuring in The Last Jedi sequel The Rise of Skywalker, and on the small screen in the series Sorry For Your Loss. 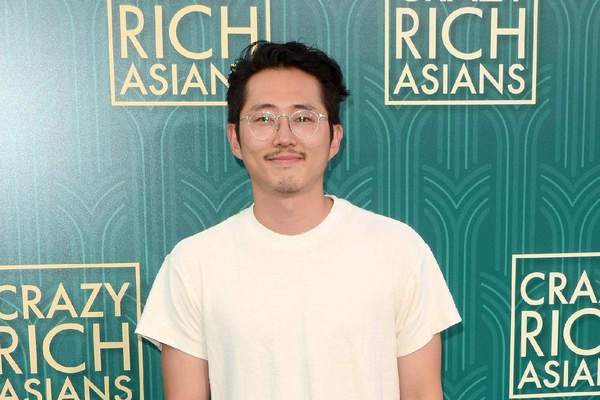 One of the most famous Asian American actors of recent times is Steven Yuen. His role in the zombie series The Walking Dead made him a star. He appeared in seven seasons of the hit show and is one of the many reasons for its success. Since then Yuen has divided his time between voiceover work for TV shows and independent motion pictures. Despite his profile, Yuen hasn’t gone the blockbuster route, instead taking roles in acclaimed indie flicks like Okja, Miari, and The Humans.

Yuen beats to his own drum and is carving out an intriguing career in Hollywood where substance over quality is a key part of his choices.