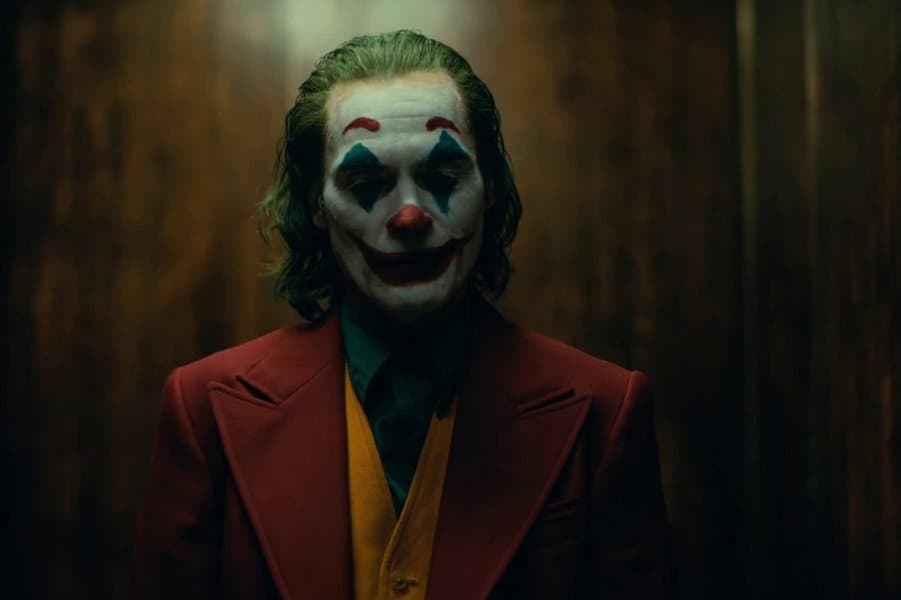 14 Famous Clowns: From Cool To Creepy

Love them or hate them, clowns are ever-present in today’s society. Whether you’re watching a movie, visiting a circus, or attending your little cousin’s birthday, you’ll likely encounter a clown. Pop culture has led to an array of famous clowns appearing in all forms of media.

These red-nosed clowns range from cool characters like The Joker to creepy child-eating creatures like Pennywise from the Stephen King hit novel It. For people who suffer from coulrophobia (fear of clowns), it’s a nightmare, but for the rest of us, clowns are a strange marvel that are hard to look away from.

Clowns have been around for centuries. The word itself comes from the Icelandic word “klunni” which means “a clumsy person.” The first clowns are believed to have originated in Egypt during 2400 BC. They then appeared in Greek and Ancient Roman cultures as pranksters with make-up on their faces. They were always meant as entertainment, which is why they feature in circuses. But over the last couple of decades, clowns have become horrifying creations that creep most people out.

Serial killer John Wayne Gacy, Pennywise, clown-themed horror movies, and the unusual rash of clown sightings in 2016 have all turned clowns from fun-loving jokesters to terrifying monsters that can’t be trusted.

Here is a look at some of the most famous clowns of all time.

14 Famous Clowns: From Cool To Creepy 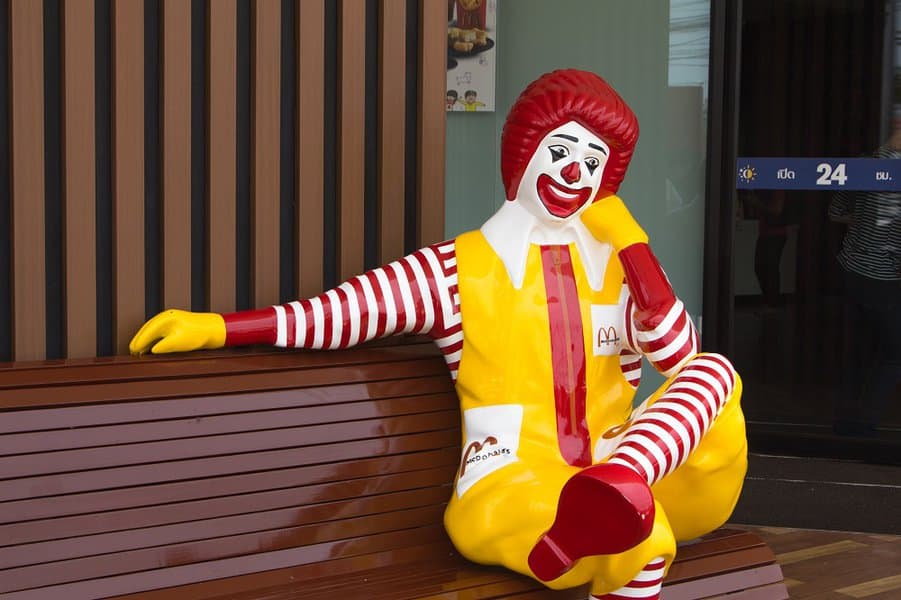 Easily the most recognizable clown in the world, Ronald McDonald is the mascot for the fast-food chain McDonald’s. Decked out in his familiar yellow jumpsuit over a red and white striped jumper and pants combination, Ronald also has bright red hair and lips. While he is meant to be friendly and approachable, he does look a little creepy.

First appearing in 1963, there have been hundreds of different people to don the McDonald’s make-up over the years. Appearing in commercials and in-store appearances, Ronald has featured in advertising for McDonald’s across the globe. Despite an estimated 95% of Americans being able to identify who he is, Ronald remains a divisive character. A 2011 report by the Wall Street Journal ranked him 2,109 out of 2,800 celebrities with consumer likability. It seems not everyone is loving it. 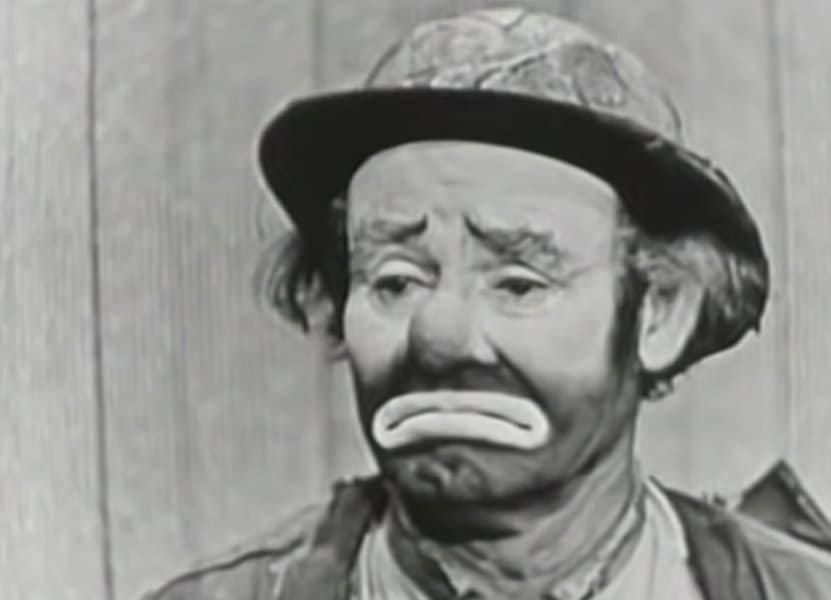 Emmett Kelly was an American circus performer famous for playing the character, Weary Willie. He was based upon the hobos of the Great Depression, and unlike your typical smiling clown, he always seemed to have a sad face. He wore shabby clothes and shuffled about when performing, imitating the downtrodden who suffered during the late 20s and early 30s of American history.

Kelly became a huge hit as people could relate to his Weary Willie character. He performed with some of the most well-known circus acts in the world, including the Ringling Brother circus, and went on to star in The Greatest Show on Earth, which won an Academy Award for Best Picture in 1952. 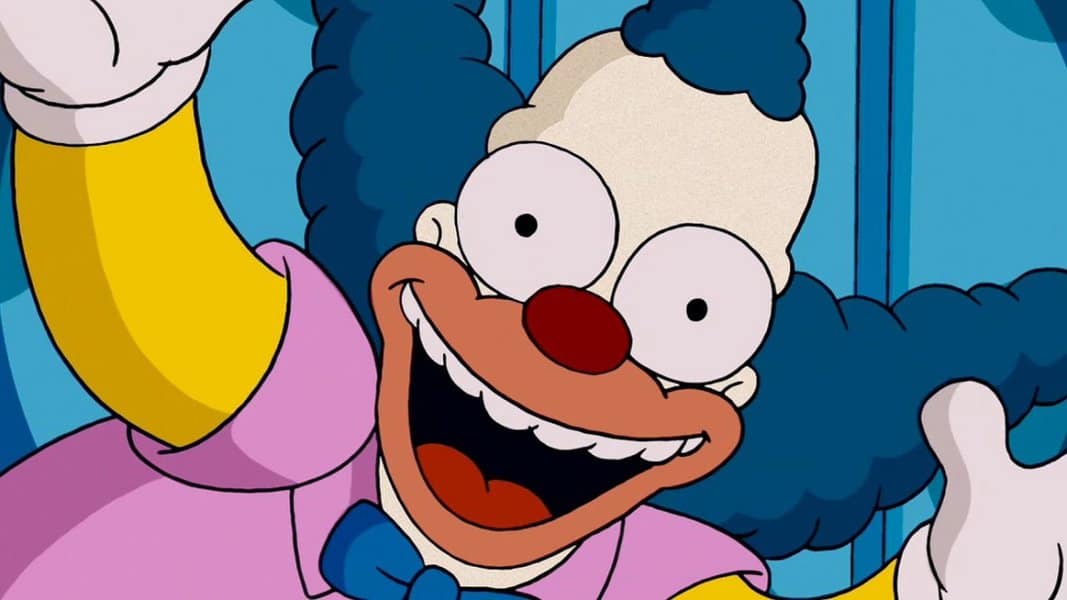 Everybody’s favorite animated clown, Krusty the Clown is one of the supporting characters of The Simpsons. Inspired by a variety of real-life clowns, Krusty is a hard-drinking, cigarette smoking, gambling addict who appears to care little for the craft of clowning.

Born Herschel Schmoeckel Pinchas Yerucham Krustofsky, Krusty is always getting into trouble in The Simpsons, be that cheating on his taxes, owing money to the mob, or selling dodgy merchandise. He is often sad and depressed when off-camera and only appears happy when performing.

Despite all his flaws, Bart and Lisa still look up to Krusty, particularly Bart. No matter how many times he wrongs them they always have his back and believe him to be a good person at his core. 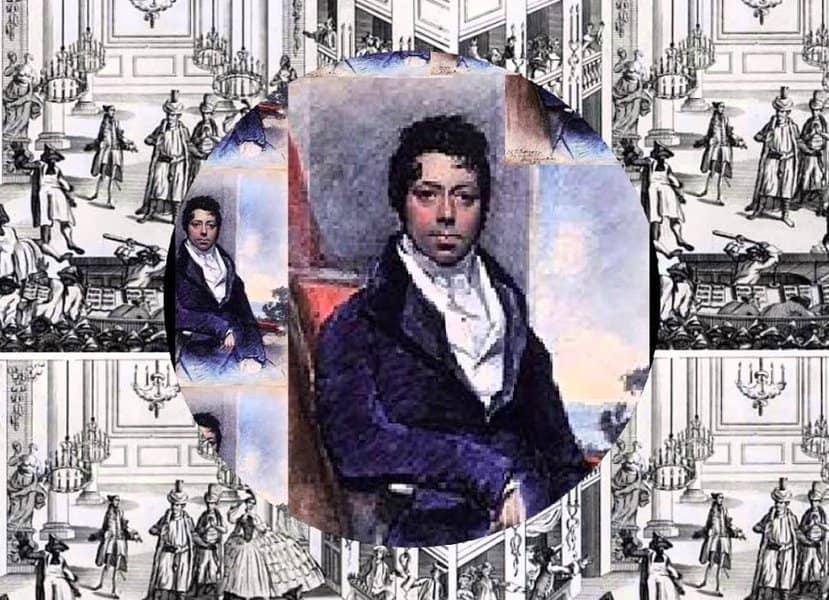 Considered by many to be the father of modern clowning, Joseph Grimaldi is the man to blame for your fear of clowns. The English actor created a character during the 1800s known as the “Joey.” Featuring white face make-up, the first clown to wear this, Grimaldi performed as “Joey” throughout Britain. He turned the character of the Clown in many pantomimes into a work of art and was widely praised for his performances.

Grimaldi was London’s leading Clown and comic entertainer for many years. He had a son who also followed in his footsteps, with the two working together on many occasions. Although a success, Grimaldi’s final years were spent in squalor. After both his wife and son passed he became somewhat of a recluse and an alcoholic, finally passing away in his bed at the age of 58. 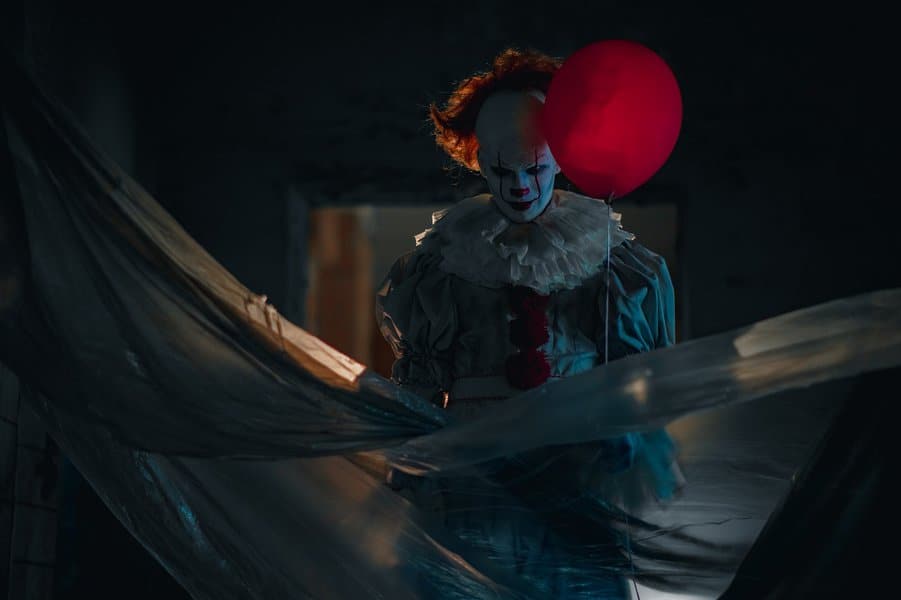 The terrifying antagonist of Stephen King’s horror novel It, Pennywise is arguably the scariest clown of all time. While his depiction in the book is enough to have you checking the locks on your doors, the movie versions are even more horrifying. Bill Skarsgard does an impressive job in the recent It Chapter One and It Chapter Two remakes (thanks to his spooky facials), but it’s Tim Curry’s portrayal of Pennywise that really hits home.

Curry stars in the 1990 mini-series adaptions and is truly disturbing. He manages to make the character both charming and frightening. There is a real sense of dread whenever he appears on the screen. Curry is certainly responsible for many people’s fear of clowns, with Pennywise remaining one of the most famous clowns of all time. 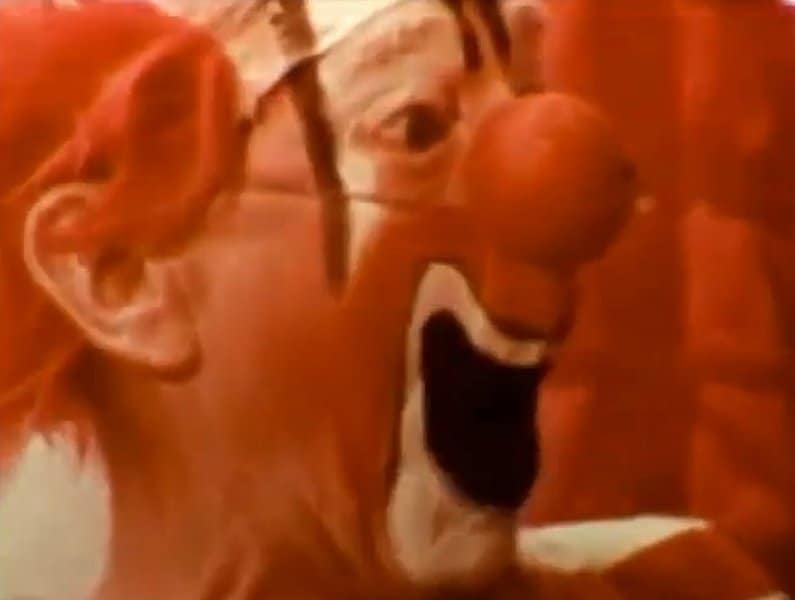 If you’ve ever wondered about the origins of the clown car, then look no further. Lou Jabocs, a German-born American clown was the man responsible for this hilarious vehicle. As you may know, clown cars are generally tiny vehicles seen at the circus that clowns squeeze themselves into for a few cheap laughs. Along with the clown car, Jacobs was also believed to be the first clown to wear a bright red nose, something that is a staple of every clown costume these days.

Jacobs performed for Ringling Bros. and Barnum & Bailey Circus for more than 60 years. Along with the midget clown car, part of his act involved the one-man band, where Jacobs had several instruments attached to his body that he would play by moving various limbs.

Along with Emmett Kelly, Jacobs was also featured in The Greatest Show on Earth. He was inducted into the International Clown Hall of Fame in 1989 and was the first person to have their portrait on an American postage stamp. Who said clowning couldn’t be a successful career? 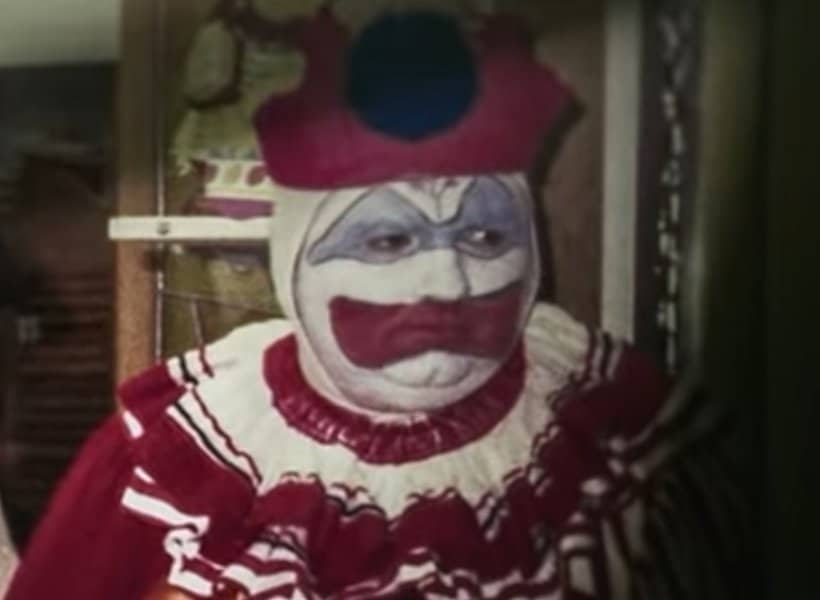 Not all clowns are fictional characters. John Wayne Gacy is probably the person that started people’s fear of clowns. During the 70s, Gacy raped, tortured, and murdered 33 young boys over a six-year period. Gacy was nicknamed the Killer Clown because he dressed up as Pogo the Clown and visited children’s hospitals and performed at charity events. He was what you would call an evil clown.

26 of Gacy’s victims were buried in the crawl space of his house, with the serial killer eventually being arrested after investigations into missing teenager Robert Piest linked Gacy to his disappearance. Sentenced to death in 1980, Gacy was eventually executed by lethal injection in 1994. 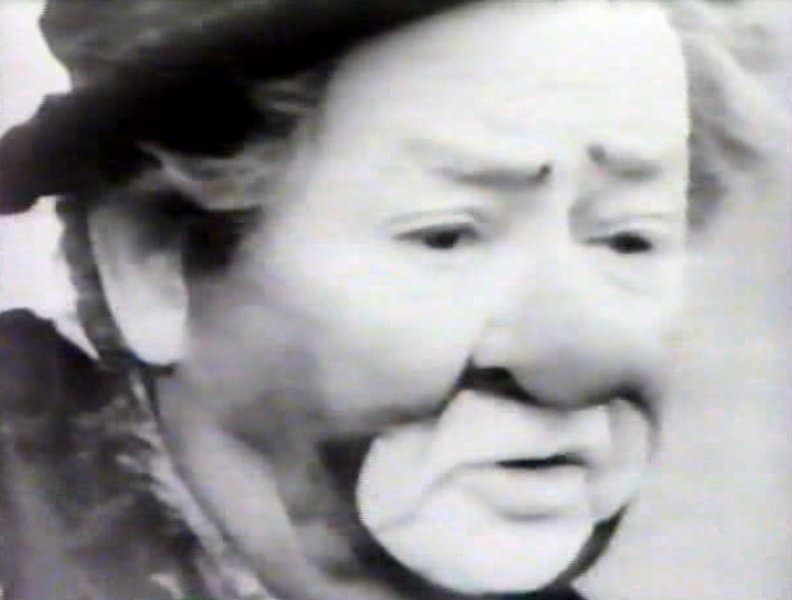 While they might be seen as straight-laced, the Germans do have a sense of humor, as evidenced by the number of famous clowns the country has produced. Otto Griebling moved to America in 1911 and spent several years learning under circus performer Albert Hodgini. He developed a similar type of homeless clown character to Emmett Kelly and was a big success.

Griebling performed for many of the big circuses of that time, including Hagenbeck-Wallace Circus, Cole Brothers Circus, and the Ringling Bros. and Barnum & Bailey Circus. His other big claim to fame was playing Jimmy Durante’s stunt double in the 1962 film Jumbo. 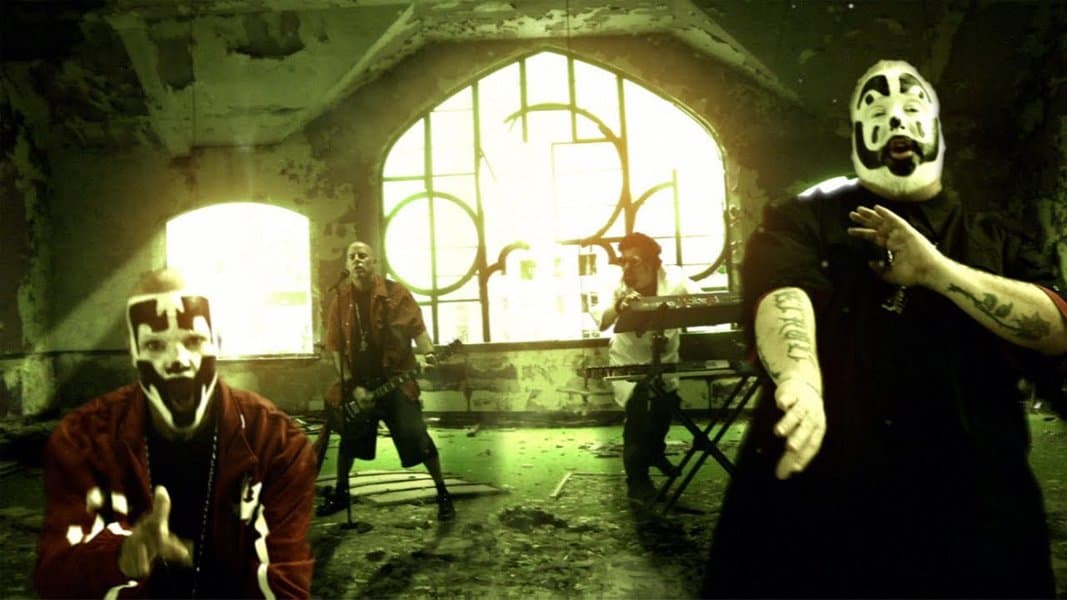 Ok, so these guys aren’t exactly clowns in the purest sense. While they do wear clown makeup and call themselves clowns, Insane Clown Posse is actually a rap group from Detroit. To say they are an acquired taste isn’t a stretch. Their lyrics are often highly sexual and violent, which is the opposite of rappers Violent J and Shaggy 2 Dope’s spiritual message that is also contained in many of their raps.

The duo has been together for over three decades and has a rabid fan base known as Juggalos and Juggalettes. As well as hosting their own festival and operating a record label, Insane Clown Posse has wrestled in WCW and run their own wrestling promotion, Juggalo Championship Wrestling. 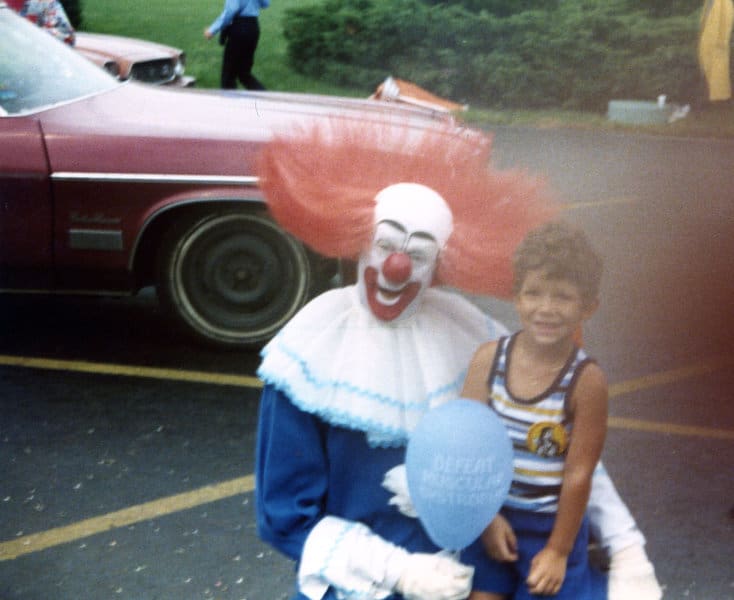 Another one of the top clowns ever to grace our television screens was Bozo the Clown. While younger readers might not be familiar with him, Bozo was everywhere during the 60s and 70s. In America, he had his own show Bozo’s Circus (followed by The Bozo Show) and was played by a variety of different actors. Bozo the Clown proved such a success that the character was syndicated around the world, with Bozo popping up in countries such as Brazil, Mexico, Thailand, and Australia.

Bozo had typical clown makeup, with white face paint, wavy red hair, and a big red nose. While loved by children, he does look rather creepy and you could understand how some kiddies might not have been a fan.

Fun fact: David Arquette now owns the rights to Bozo the Clown after purchasing them in 2021 from Larry Harmon Pictures. 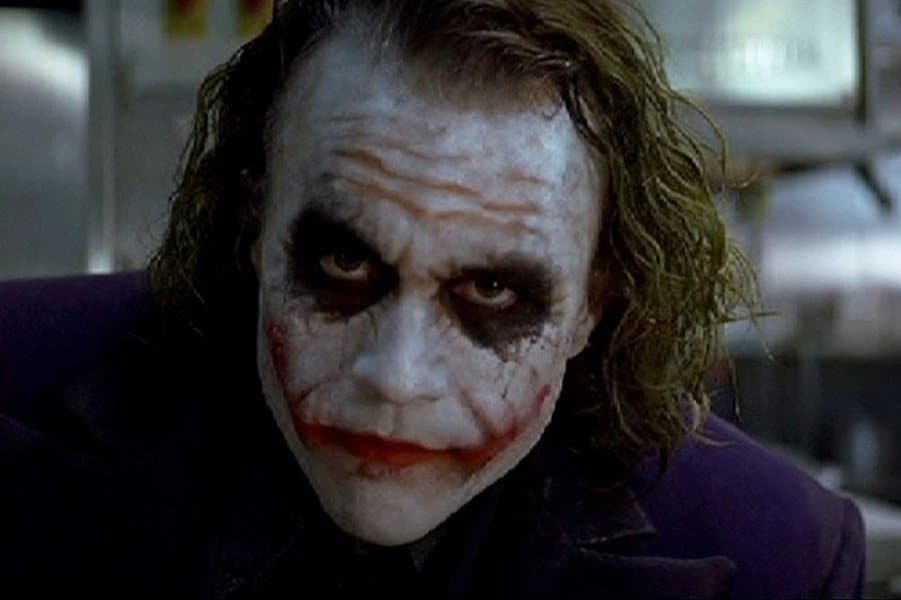 While not specifically a clown, DC’s The Joker is famous for his crude and creepy clown makeup. There are dozens of different versions of this character that have appeared in a range of comics, TV series, animated shows, video games, and movies. It’s not easy to single out a specific Joker as the best, but it’s hard to go past actor Heath Ledger’s portrayal in The Dark Knight. It is truly a once-in-a-lifetime performance that many point to as the definitive movie version of The Joker.

Jack Nicholson and Joaquin Phoenix also deserve praise for their take on the character, but the less said about Jared Leto’s Joker the better. 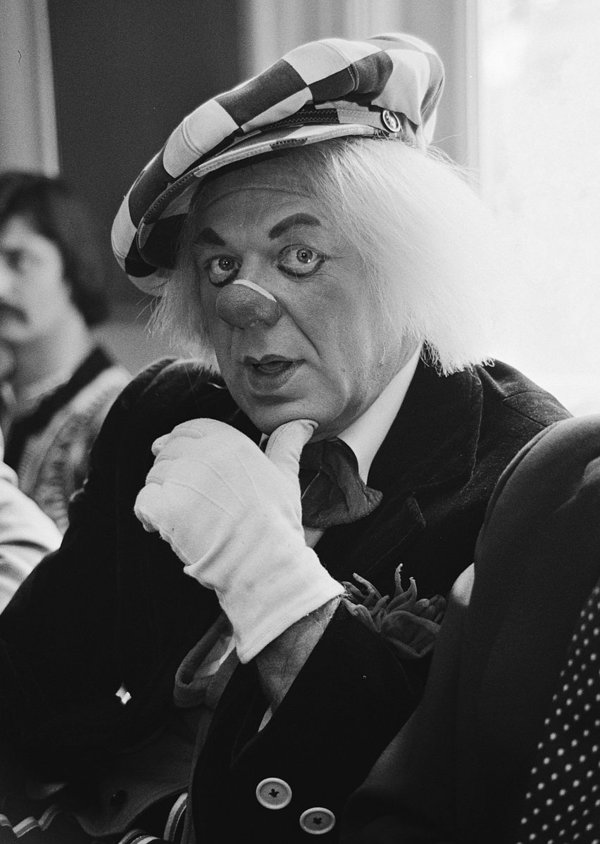 Oleg Popov was a famous circus clown from Russia. He was an apprentice typographer before turning to a life of clowning. Hooking up with the Moscow Circus, Popov toured Europe before making his way across the pond and performing in America. Popov combined a variety of different skills during his act. Juggling, mime, and tightrope walking were all part of his performance.

The Russian clown continued to perform and tour the globe right up until his death in 2016 at the ripe old age of 86. 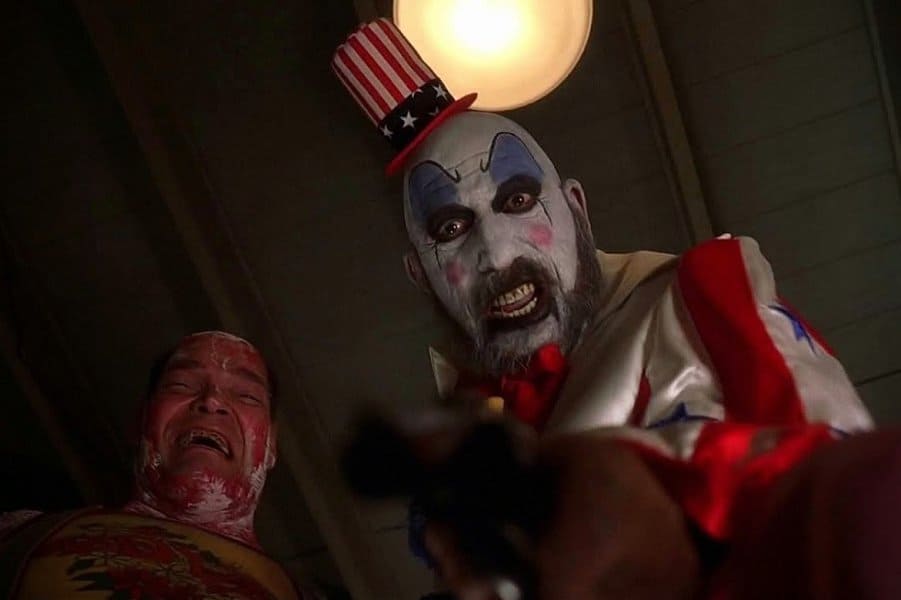 Here is one clown you wouldn’t want to meet in a dark alley. Captain Spaulding is a fictional clown who also happens to be a mass murderer. Played by the late, great Sid Haig, he features in Rob Zombie horror movies House of 1000 Corpses, The Devil’s Rejects, and 3 from Hell. Haig also voiced the character of Captain Spaulding in the animated film The Haunted World of El Superbeasto.

Captain Spaulding is characterized by his less than impressive clown makeup and surly attitude. The fact he is also a murdering psychopath lacking empathy makes him one clown you don’t want to invite over for a birthday celebration. 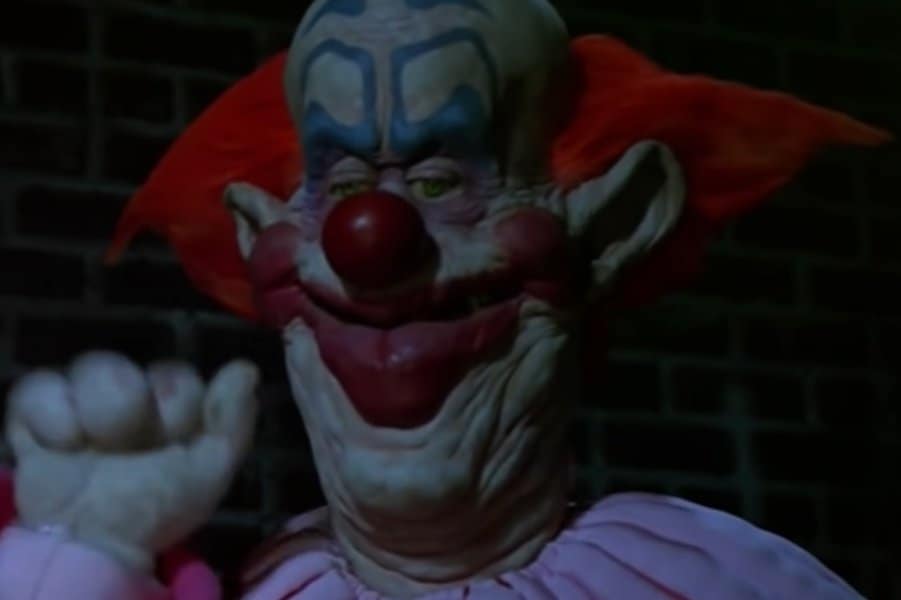 Killer Klowns From Outer Space is a cult 80s horror movie about creepy killer clowns. It is the only feature-length movie by the Chiodo Brothers (Stephen, Charles & Edward Chiodo), a trio of American special effects artists. The movie is a horror comedy about a group of aliens known as “Klowns” who wreak havoc on a local community.

The movie combines real-life actors with claymation and crazy special effects that are rather impressive considering the budget of Killer Klowns From Outer Space. It also includes the theme song  Killer Klowns, a surprise hit by punk act the Dickies. While these clowns aren’t exactly scary, they provide plenty of laughs and are worth a spot on this list.