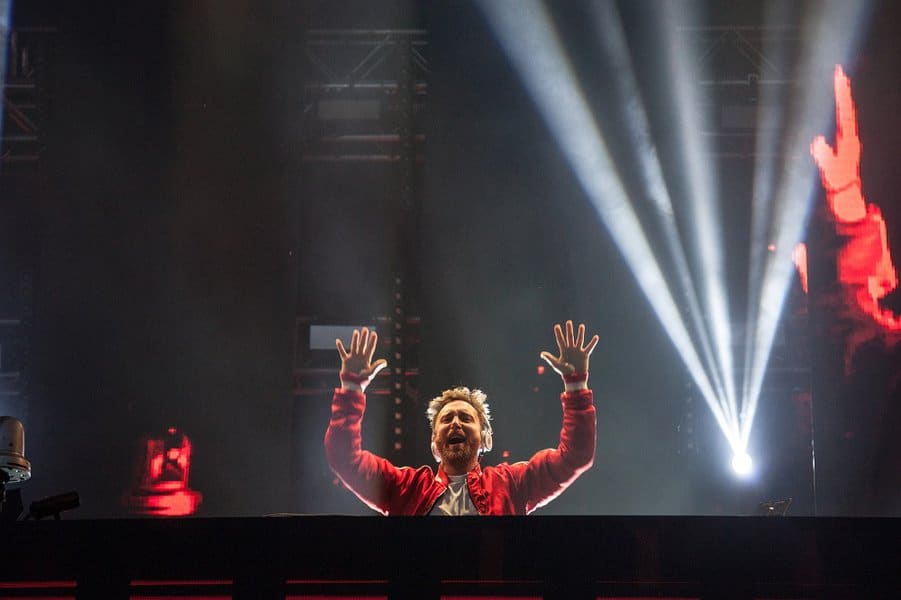 15 Most Famous DJs in the World

Electronic music has been around for years, but over the past two decades, it has really come to the fore of the worldwide musical landscape. What was once a niche genre reserved for drug users and ravers has become one of the most popular styles of music in the world. Electronic dance music (EDM) has infiltrated the charts and now dominates commercial radio. Music festivals are headlined by electronic acts, with many exclusively catering to the dance-loving music population. This has resulted in many small-time artists becoming famous DJs thanks to their songs blowing up.

Long before this all happened, a disc jockey, or DJ as they are more commonly known, was originally someone who was a radio presenter. This slowly evolved from someone who played music on the radio to people mixing records in a live setting at block parties and eventually in nightclubs.

These days famous DJs come from all across the globe and create pulsating productions that get people up on the dance floor. This type of music is all about having fun and letting go and continues to be a favorite genre of young people. Read on and discover some of our favorite DJs out there making waves.

15 Most Famous DJs in the World 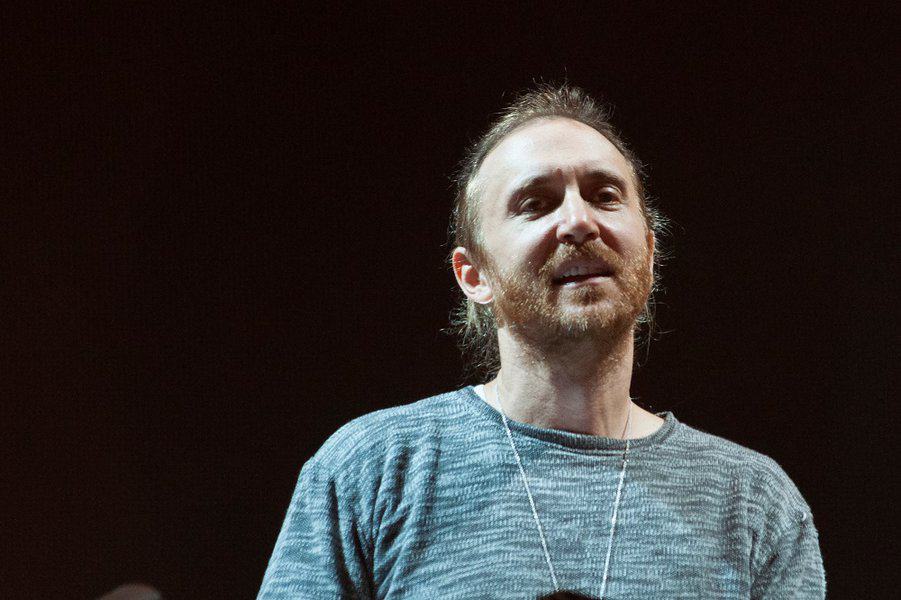 Love him or hate him, there is no denying David Guetta has made his mark on the electronic music scene. Unlike many famous DJs, the Frenchman didn’t achieve success until later in life. It wasn’t until he dropped his 2009 album, One Love, at the age of 41, That Guetta became a household name.

Since then he has gone on to sell over nine million albums and 30 million singles worldwide. Currently ranked by DJ Mag as the top DJ in the world (a title he has held for two years running), David Guetta has won countless awards (including two Grammy Awards) and produced songs for the likes of Lady Gaga, Britney Spears, and Rihanna. 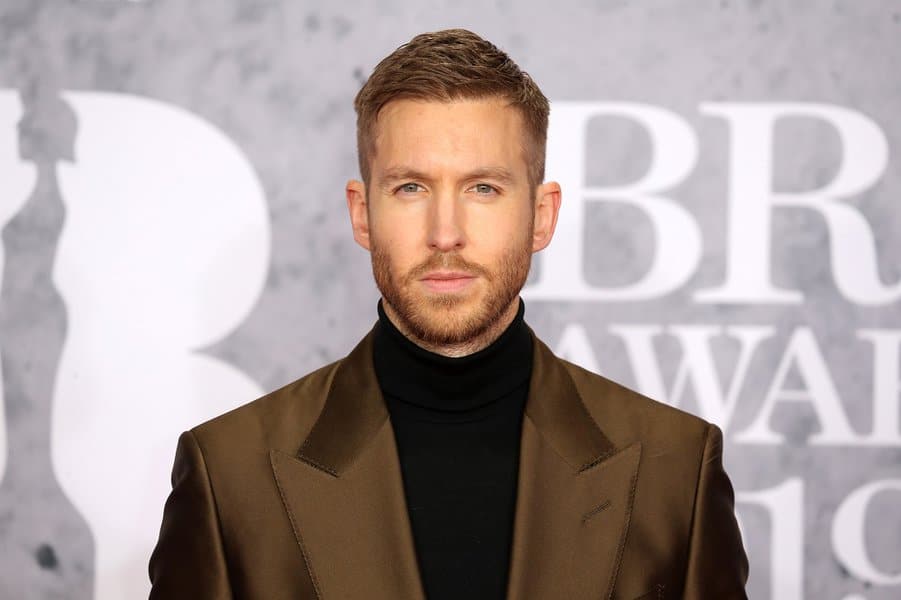 After hitting it big with his indie-influenced singles “Acceptable in the 80s” and “The Girls,” Scottish DJ Calvin Harris (born Adam Richard Wiles) has established himself as a bonafide pop superstar. Each album he has released is different from the last, with Harris adapting to the ever-changing sounds of the electronic genre.

One of the highest-paid DJs in the world, Harris often headlines major music festivals and works with all the big pop stars. 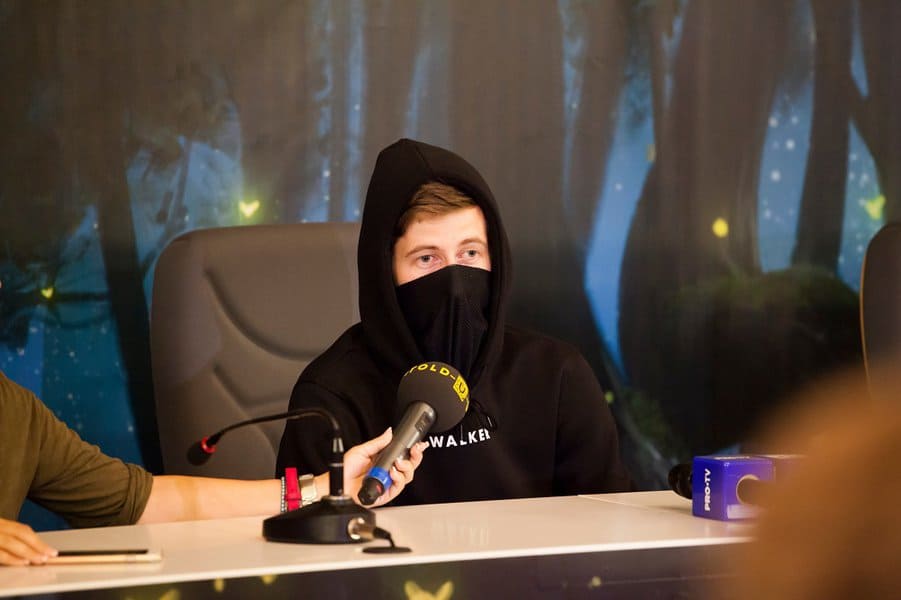 At just 26 years of age, Martin Garrix is already considered a legend in the dance music scene. The Dutch DJ and producer has performed regularly in Ibiza, founded his own label, released a photography book, and been an ambassador for men’s male grooming brand AXE.

Garrix released his debut album, Sentio, early this year to critical praise, and has a long list of collaborations and mixtapes in the works. Between the years 2016 – 2018, he secured the top spot in DJ Magazine’s “Top 100 DJs” list, making him the youngest to ever take out the number one position. 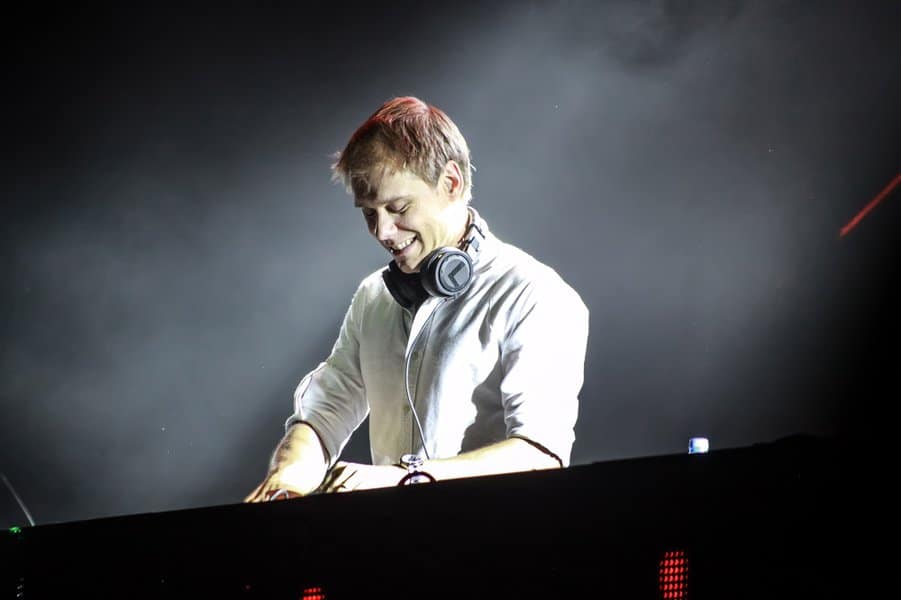 Another Dutch DJ, Armin Van Buuren has been making people dance ridiculously since the mid-90s. It wasn’t until the early 00s when Van Buuren started making moves, with his A State of Trance series of compilations and mixtapes being widely loved by electronic music fans. A State of Trance is also the name of his radio show that is broadcast in 84 countries and has been listened to by more than 40 million people.

Van Buuren has been ranked DJ Magazine’s world’s number one DJ a record five times, has the most entries (21) in the Billboard Dance/Electronic Albums chart, and has 27 International Dance Music Awards. A true star. 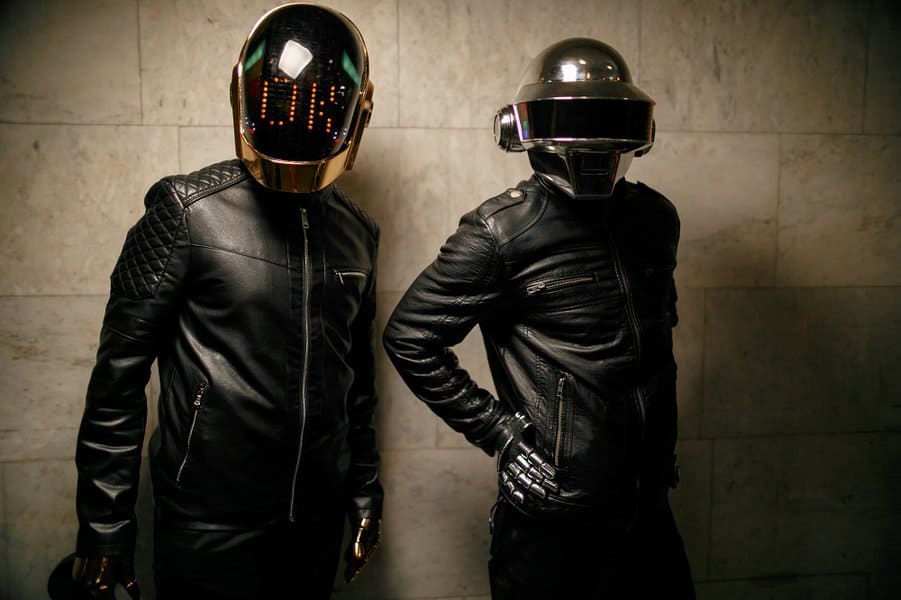 Daft Punk changed the game when they arrived with their debut album, Homework, in 1997. Taking house music and transforming it into a pop juggernaut, Thomas Bangalter and Guy-Manuel de Homem-Christo took the world by storm. “Around the World, “Da Funk,” “One More Time,” “Get Luck,” and “Harder, Better, Faster, Stronger,” are just some of the duo’s biggest hits.

The mask-wearing DJs also won a Grammy Award for Best Electronic/Dance Album with live record Alive 2007, recorded the soundtrack for Tron: Legacy, and released their own movie, Electroma. Although the duo split in 2021, they remain huge in the dance community and will always be known as innovators of the genre.

See more about - The 30 Best Songs About Fire 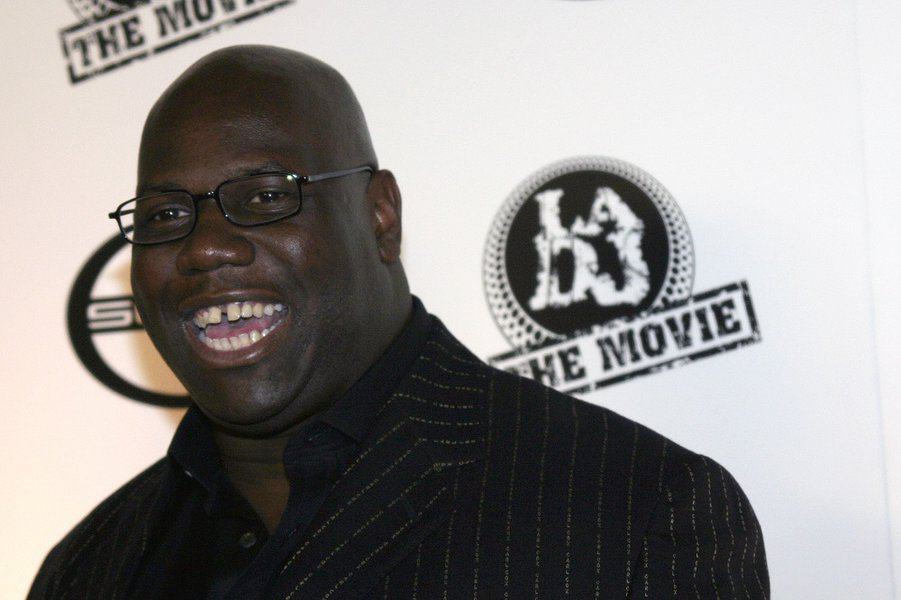 When you talk about British electronic music, there are few bigger names than Carl Cox. The DJ, producer, and radio host has been deep in the culture for almost 40 years. He’s played all the big clubs in Ibiza, headlined the best dance festivals in Europe, and even hosts his own show on the BBC.

While he may have only released four albums during his career, Cox has dropped hundreds of remixes and mixtapes showcasing his incredible mixing skills behind the decks.

While he has had great success as a solo artist, many younger EDM fans know Sebastian Ingrosso as part of the dance music supergroup Swedish House Mafia. Together with friends Axwell and Steve Angello, the trio took house music to another level with the acclaimed group.

Incredibly, although the three have released dozens of singles, compilations, and mixtapes, their debut album didn’t arrive until 2022. Paradise Again received reviewed generally positive reviews and is a great way for fans to celebrate the group’s return after breaking up in 2013. 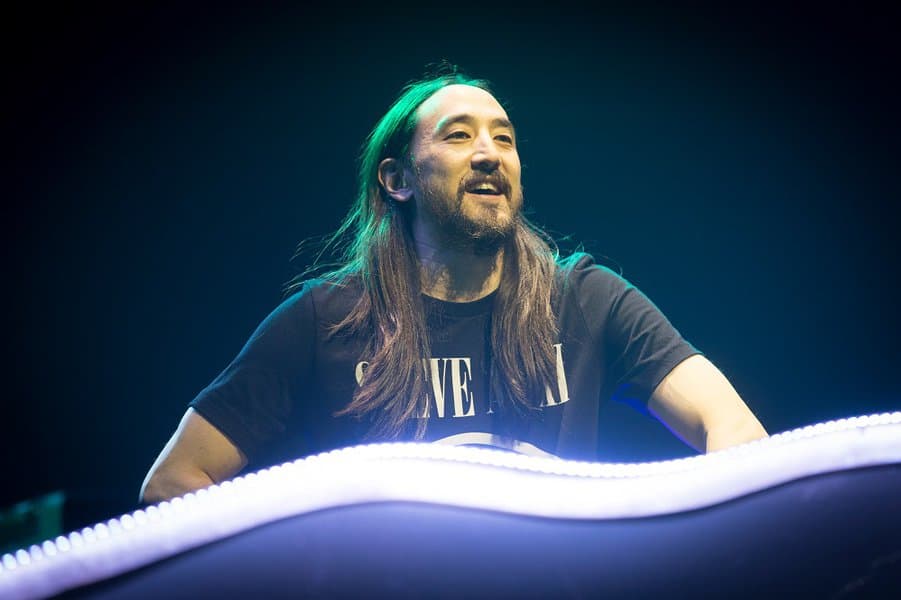 More people know Steve Aoki for his silly stage stunts than the music he makes. The American DJ is known to throw cake at his audience as well as crowd surf on inflatable rafts. Stage antics aside, Aoki’s career spans over 25 years and includes a raft of massive chart-topping singles and several big award wins.

Aoki is much more in the commercial sphere than other DJs thanks to his high-profile collaborations with artists such as Blink-182, Linkin Park, Kid Cudi, Sean Paul, and the Backstreet Boys. 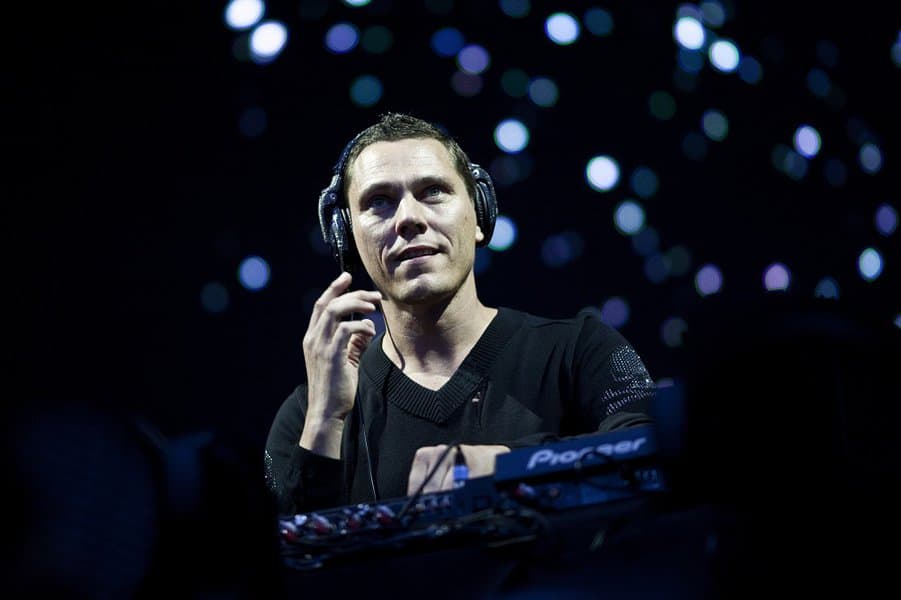 No list of famous DJs is complete without Mix magazine’s “Greatest DJ of All Time” winner. Dutch DJ Tiesto has dominated the dance music landscape for over 25 years. The “Godfather of EDM” is responsible for helping shape the genre and lead it into the commercially viable business it has become.

There really isn’t anything Tiesto hasn’t done during his career, with the Inter Milan-loving DJ also known for his philanthropic endeavors that have helped raise millions for charities around the world. 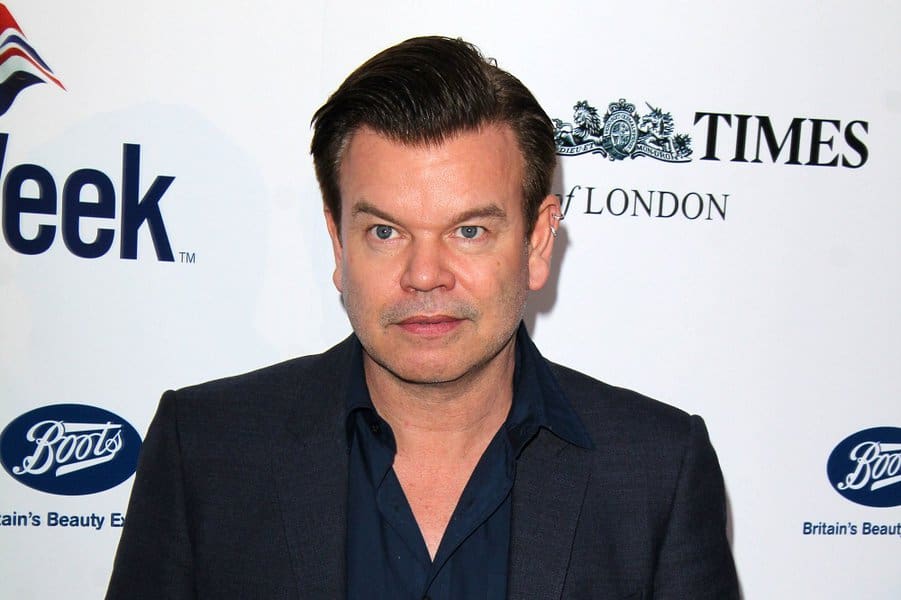 The man behind the hit single “Starry Eyed Surprise” has been a master of EDM since the 80s. Beginning as a bedroom DJ, Oakenfold got his start as an A&R man for Champion Records, signing  DJ Jazzy Jeff and the Fresh Prince and Salt-n-Pepa, while also branching out into management and promoting, gaining the Beastie Boys and Run-DMC as clients.

It was during the 90s as acid jazz worked its way across Europe that Oakenfold became more involved in the DJ scene and soon found himself performing at all the big clubs. Oakenfold’s popularity saw him perform on the main stage at Glastonbury in 1999, the first time a DJ had ever achieved that feat.

The past two decades have seen Oakenfold cement his legacy with famous club gigs, curating soundtracks for movies, TV shows, and video games, and releasing dance music classics that are played in clubs across the globe.

See more about - 20 Best Songs About Running Away 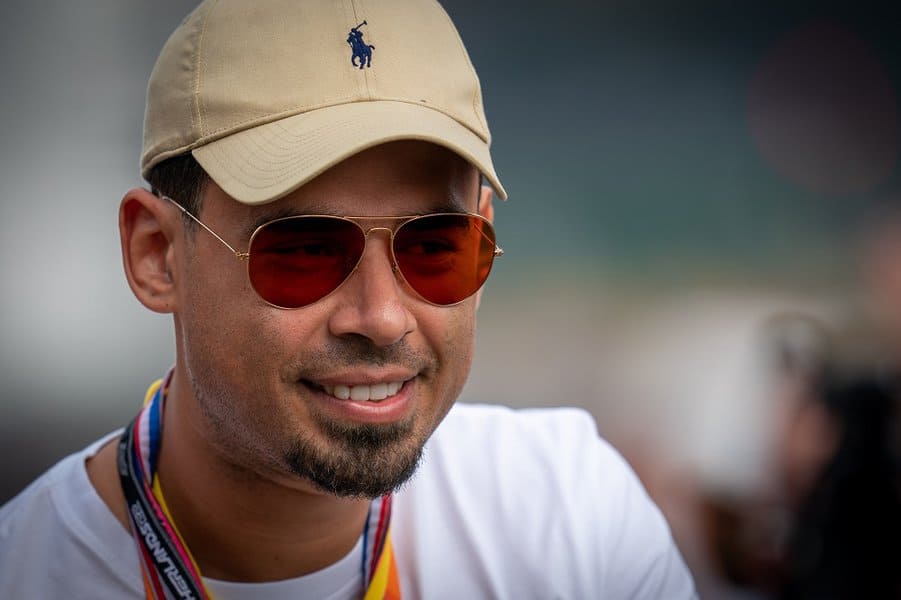 Afrojack has consistently been rated as one of the top DJs in the world over the past decade. The electronic dance music industry veteran founded his own label in 2007 and used it to release other people’s music before dropping his debut album, Forget the World, in 2014. While not as successful as he would have hoped, the album opened up Afrojack to an entirely new audience and he hasn’t looked back.

He’s remixed more songs than you can imagine, collaborated with Nicki Minaj, Rae Sremmurd, and Sting, and is set to embark on more tours to bring his music to all his fans across the world. 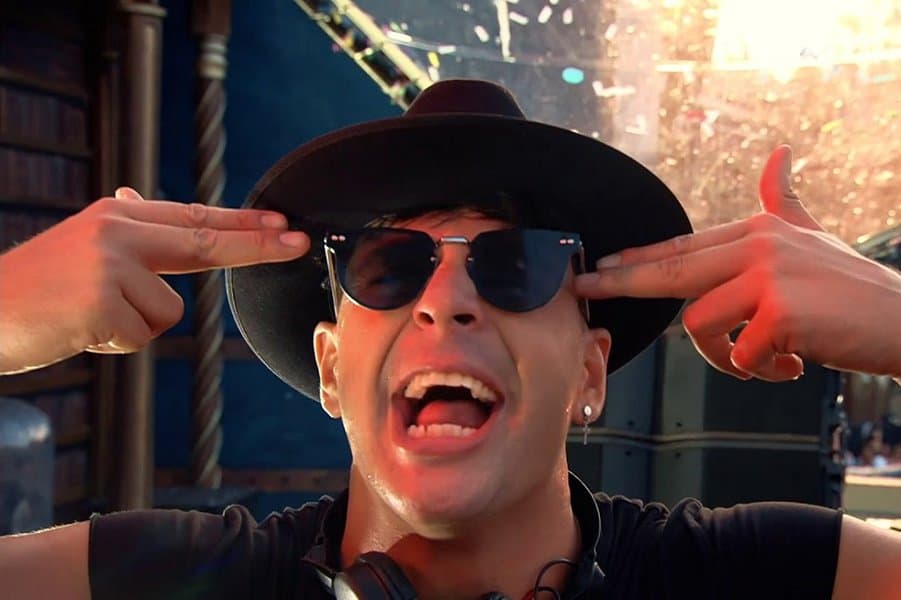 Australian DJ and instrumentalist Timmy Trumpet came from nowhere in 2014 when his collaboration with Savage, “Freaks,” raced up the charts around the world. What makes Trumpet so different is the fact that many of his songs include, you guessed it, a trumpet. Not only that, but Trumpet himself plays the instrument live during his shows.

Although he only has one album to his name, Trumpet plays regularly at clubs across Europe and America and is always part of the big music festivals. He’s also the first trumpet player to perform in zero gravity. 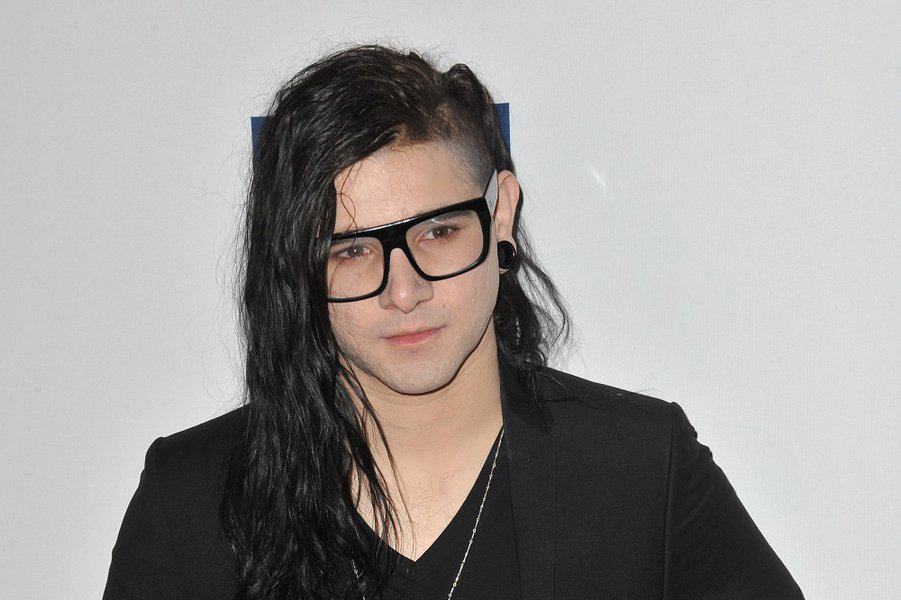 Sonny Moore has had quite a musical career so far. Originally part of the post-hardcore act From First to Last, he left to pursue a solo career that found him performing as Skrillex, an electronic DJ. He is one of the main artists that helped popularize dubstep during the early 00s.

Although the wait for his sophomore album continues (his debut, Recess, was released in 2014), Skrillex continues to stay busy collaborating with artists such as Four Tet, Swae Lee, and Burna Boy while playing random live events throughout the UK. 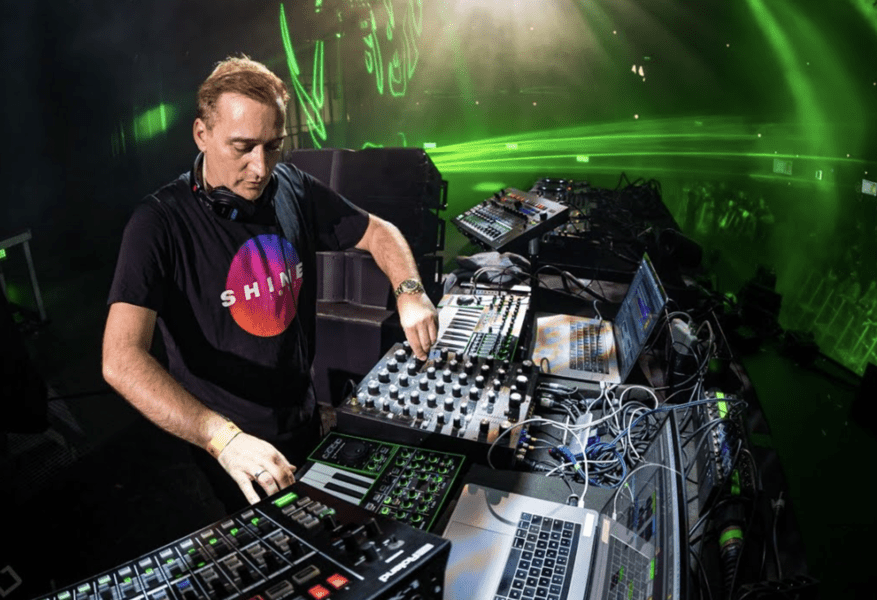 The world’s number-one DJ in 2005 and 2006 is one of the major purveyors of trance music. Getting his break with a remix of Humate’s “Love Stimulation” in the early 90s, Paul Van Dyke has gone on to have one of the great careers in music. The German has consistently released albums every few years over the past two decades and continues to perform at Europe’s best clubs.

As well as music, Van Dyke has a keen interest in politics and is known for his charitable efforts. Along with Bono, he was the only non-American artist to support the Rock the Vote initiative in 2004 and 2008. 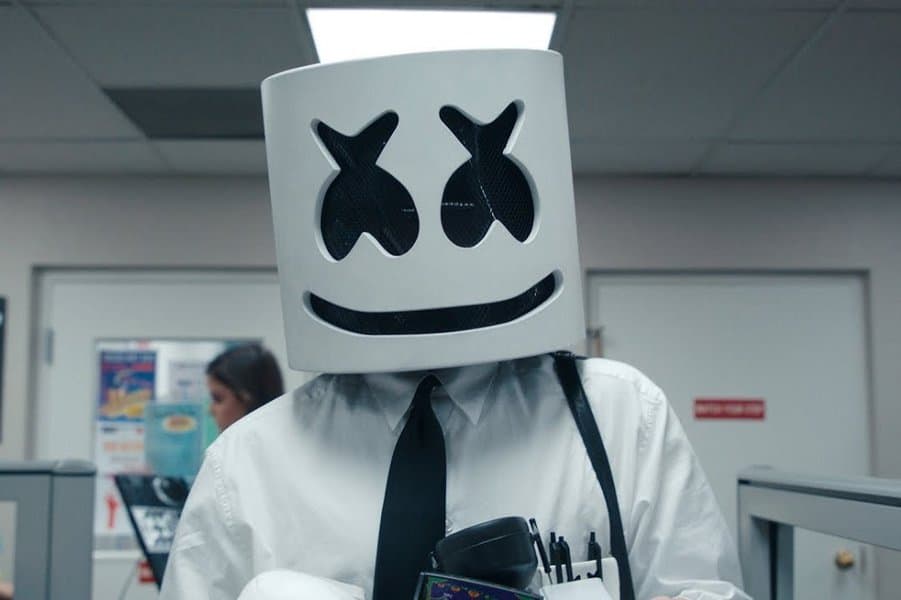 Even if you aren’t familiar with his music, you can probably identify Marshmello if he was in a police lineup. The American DJ and producer wears a custom white helmet that disguises his face, although Forbes confirmed his identity to be that of Chris Comstock in 2017.

Marshmello’s music is a mix of trap, future bass, and heavy electronica, with some of his most well-known songs being “Silence” with Khalid and “Wolves” with Selena Gomez. He also has several YouTube channels, including Cooking With Marshmello and Gaming With Marshmellow.