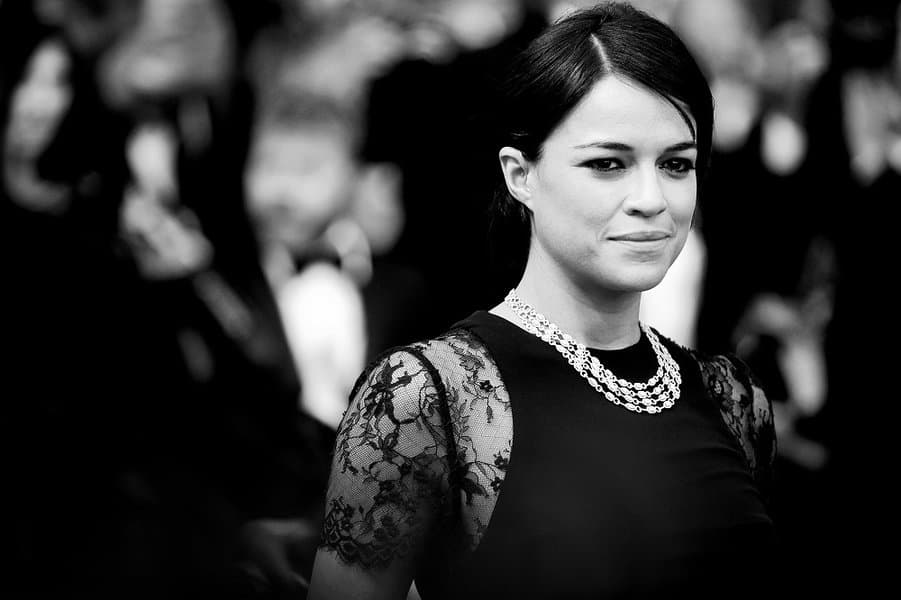 The religion is an offshoot of Christianity with a few major differences. Jehovah’s Witnesses don’t celebrate Christian holidays like Easter or Christmas, they have their own version of the Bible – the New World Translation – are very conservative, and believe the end of the world is near. Standard stuff really.

Although not a cult per se, they have been accused of brainwashing by former members and have some archaic views on how women should be treated and how they handle sexual abuse, which is often in-house. They generally keep to themselves and stay within their own communities, which is why it’s always interesting to hear about Jehovah’s Witnesses in the spotlight. That said, with over 8.7 million followers worldwide, there is a fair chance a few people are going to be famous Jehovah’s Witnesses. 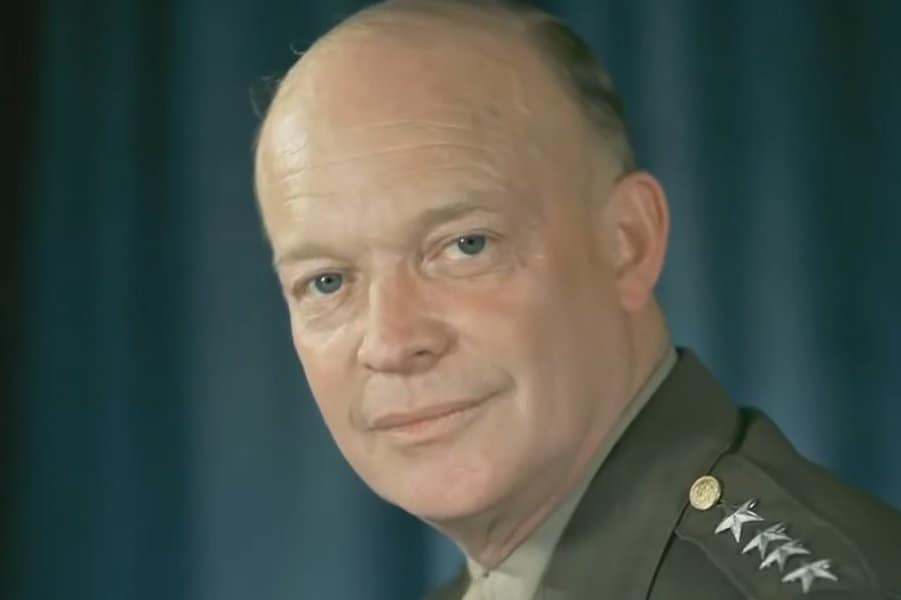 The 34th President of the United States of America was also a Jehovah’s Witness. His mother became a Jehovah’s Witness while he was a young boy and instilled the faith in Dwight D Eisenhower. But it didn’t last. He didn’t follow the teachings or practices of the religion once he was old enough to make his own decisions.

But once he was sworn in as President, Dwight Eisenhower believed he should be baptized and follow a faith, so he joined the Presbyterian church of which his wife was a member. Throughout his time in office, Eisenhower often used religion as a crux for his decision-making and believed it was what set true blue Americans apart from their commie enemies. 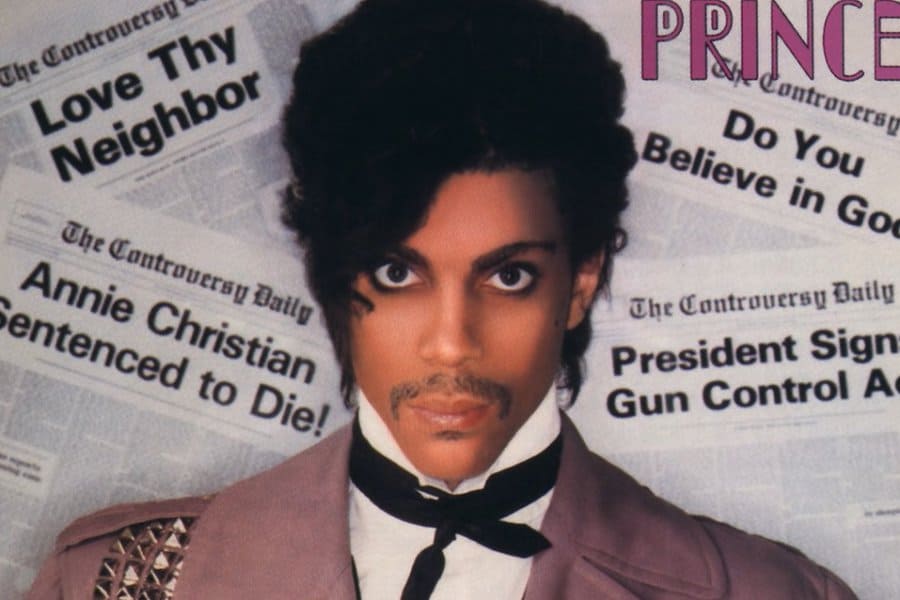 That’s right, the sultry singer was a Jehovah’s Witness. But Prince wasn’t raised that way. As a young fella, he was part of the Seventh Day Adventist religion, which shares a lot with Jehovah’s Witness. He continued to follow the religion but seemed a little lost in the 80s when he fully embraced the sexual nature of his music and performance.

Then sometime in the mid-90s, he found god again, this time as a Jehovah’s Witness. He used to carry pamphlets about the religion on his person and would flip flop on his views about homosexuality. In an interview with Billboard, he said, “God came to earth and saw people sticking it wherever and doing it with whatever, and he just cleared it all out. He was, like, ‘Enough.’”

Jehovah’s Witnesses are also known for refusing certain medical treatments, which has led many to theorize that Prince could have been saved if he had taken medical advice given to him by professionals. 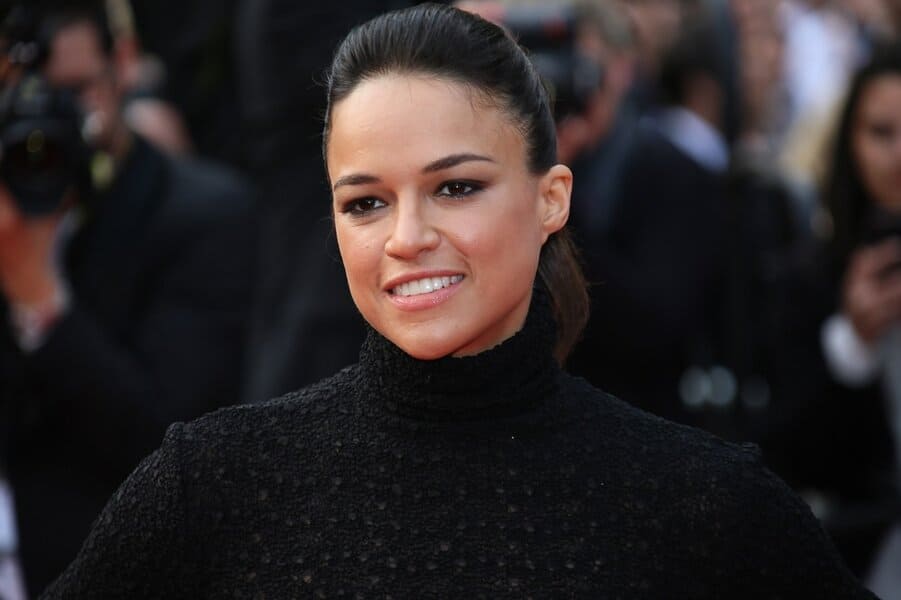 The Fast and Furious actress is another famous Jehovah’s Witness that grew up with the religion. In an interview with the Daily Mail, Michelle Rodriguez explained how she was a Jehovah’s Witness from the age of seven. “My family was very strict. I went to church every day, and I’d go knocking on people’s doors with my grandma trying to save their souls. Sometimes the person who answered the door would be a friend from school who knew that I cursed and swore  –  and there I was in a dress holding a Bible. I’d say, ‘Grandma, please not this house.'”

In another interview, this time with TMZ, Rodriguez says she stopped believing when she was 13 because she “doesn’t like elitism.” Fair call. 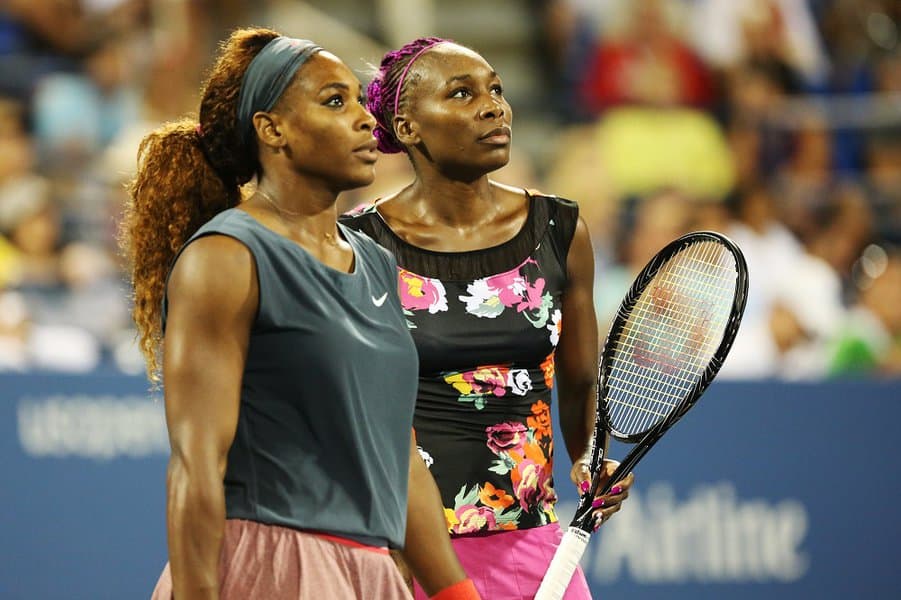 Two of the most successful tennis players in the world were also brought up as Jehovah’s Witnesses. Venus Williams and Serena Williams, plus their two other sisters, became followers of the religion in the 80s when their mother converted to the faith. Unlike many who chose to forget religion as they grow older, the Willams sisters have embraced their faith.

Both are still very much believers, with Serena often thanking Jehovah after she wins a major tournament. Serena has also said she attends church regularly and has also gone door to door trying to find new followers. 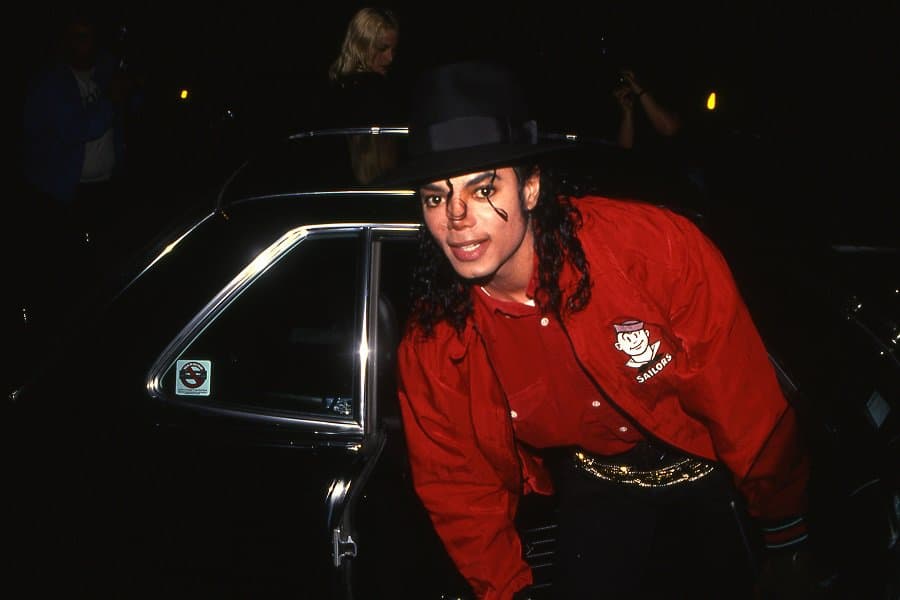 This explains a lot of things. Michael Jackson was raised as a Jehovah’s Witness by his mom Katherine Jackson and was known to go door knocking with his brothers, hoping to persuade people to join the flock. It’s believed he continued doing this even after the success of his debut album Off the Wall. He was said to wear disguises so people wouldn’t know it was him.

Michael Jackson was a god-fearing member of the church who was forced out in 1987. Church elders disapproved of Jackson’s music and video clips, especially those for “Thriller” and “Bad.” They believed he was a bad influence on younger members and that he shouldn’t be making a living as an entertainer, a profession Jehovah’s Witnesses are opposed to. 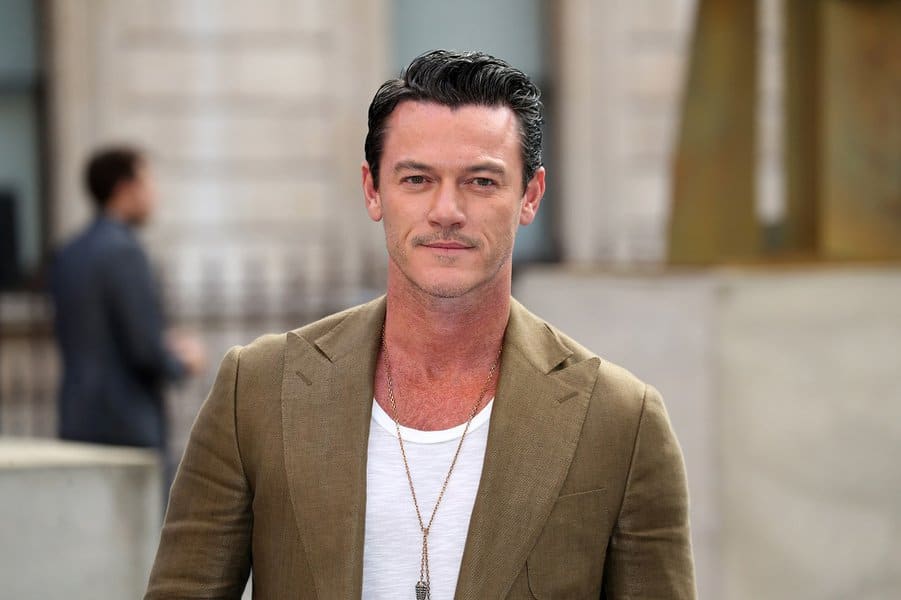 Welsh actor Luke Evans is best known for starring in blockbusters such as Fast and Furious 6, The Hobbit, Beauty and the Beast, and Dracula Untold. Evans was raised as a Jehovah’s Witness but didn’t take to the faith. He left the religion at age 16, the same age that he quit school.

As an openly gay man – although he doesn’t talk about his sexuality these days, preferring to keep that aspect of his life private – Evans would have never fitted in with the Jehovah’s Witness witness faith, as they don’t approve of homosexuality. 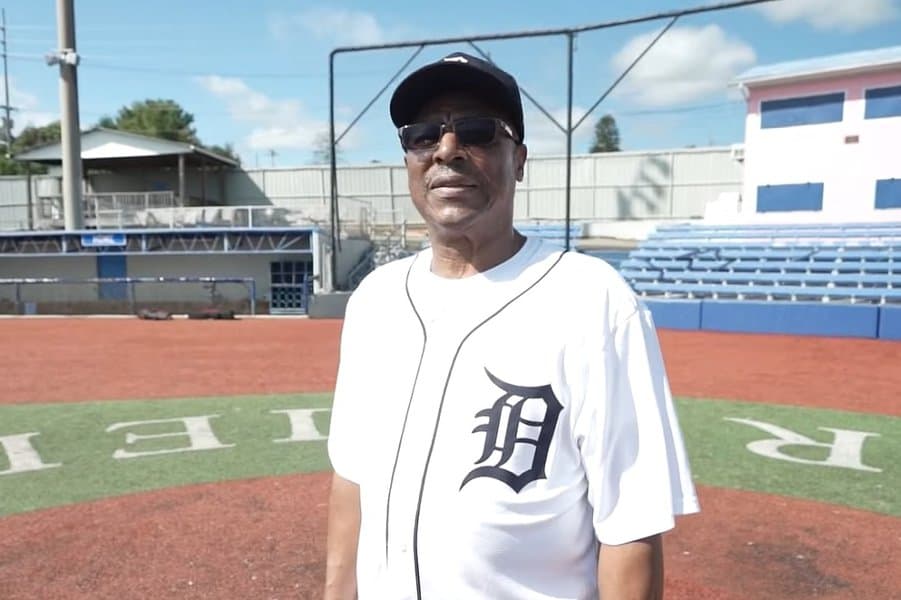 Lou Whitaker is one of baseball’s greats. Incredibly he is a one-club player, spending his entire career playing for the Detroit Tigers from 1977 to 1995. The former major league baseballer won the 1984 World Series, made the American League All-Star team five consecutive years (1983-1987), and had his #1 jersey retired in August 2022.

Along with being a ball player, Whitaker’s religious belief follows that of the Jehovah’s Witness faith. He has always been open about his beliefs and never let baseball get in the way of his religion. 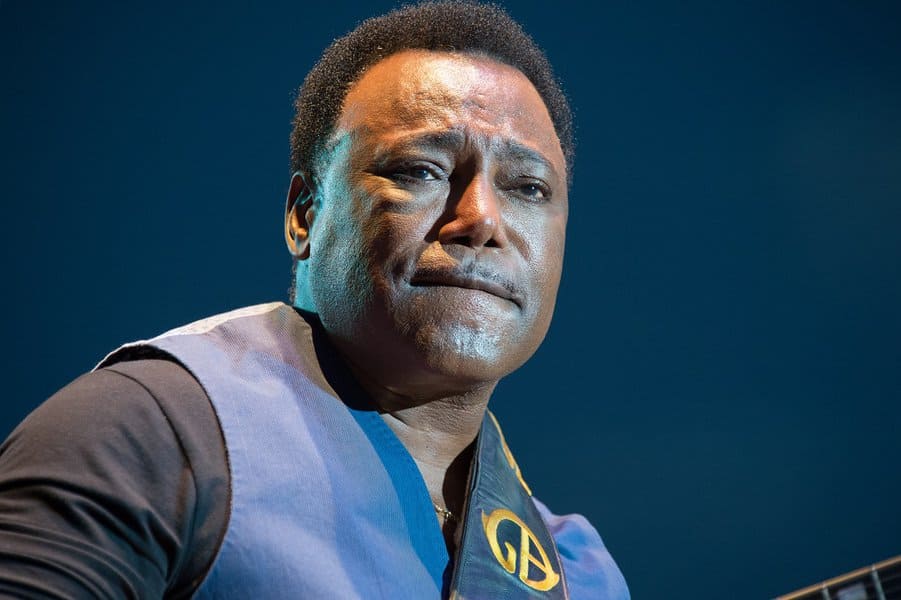 Jazz guitarist Geroge Benson is all about the Jehovah god. The guitar prodigy, whose long and illustrious career spans over five decades, is an active member of the Jehovah’s Witnesses and part of the Elders of the Congregation. These are people in the religion who are chosen for their deep spirituality and knowledge and who are there to help guide other members of the congregation.

His faith has also impacted the music he makes, with Benson’s songs more about love and romance than sex and drugs. 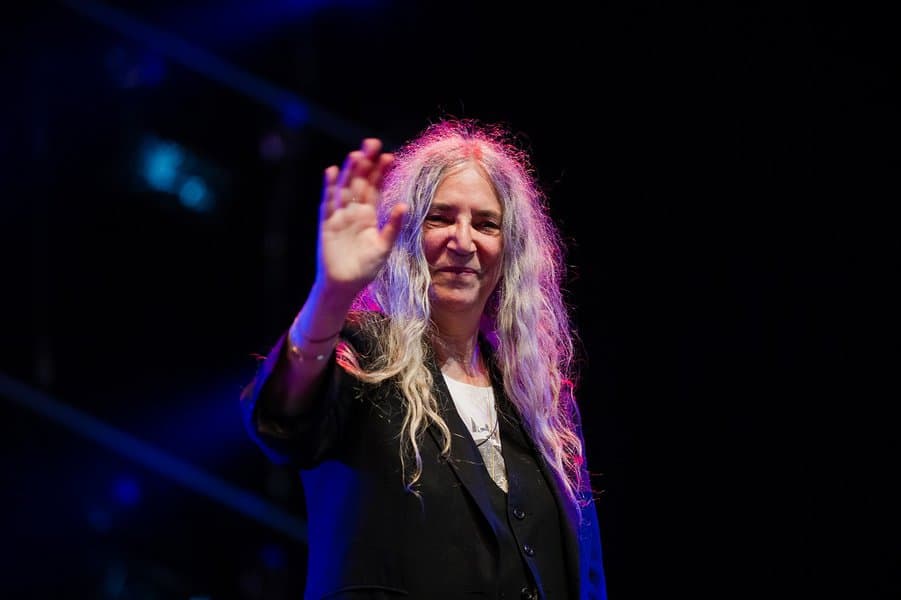 Not many people are aware Patti Smith was once a follower of Jehovah. The “punk poet laureate” responsible for the hit single “Because the Night” and the classic album Horses, is another entertainer brought up in a religious household. While she doesn’t practice religion, she still has a keen interest in it and the purpose it serves. She went into detail about this in a 2014 interview with Rolling Stone.

“I left organized religion at 12 or 13, because I was brought up a Jehovah’s Witness. I have a very strong biblical background. I studied the bible quite a bit when I was young and continue to study it, independent of any religion, but I still study it.

My sister is still Jehovah’s Witness. We talk all the time. I like to keep abreast of what she’s doing and what she believes in. I believe there is good in all religions. But religion, politics, and business, all of these things, have been so corrupted and so infused with power that I really don’t have an interest in any of it – governments, religion, corporations. But I do have interest in the human condition.” 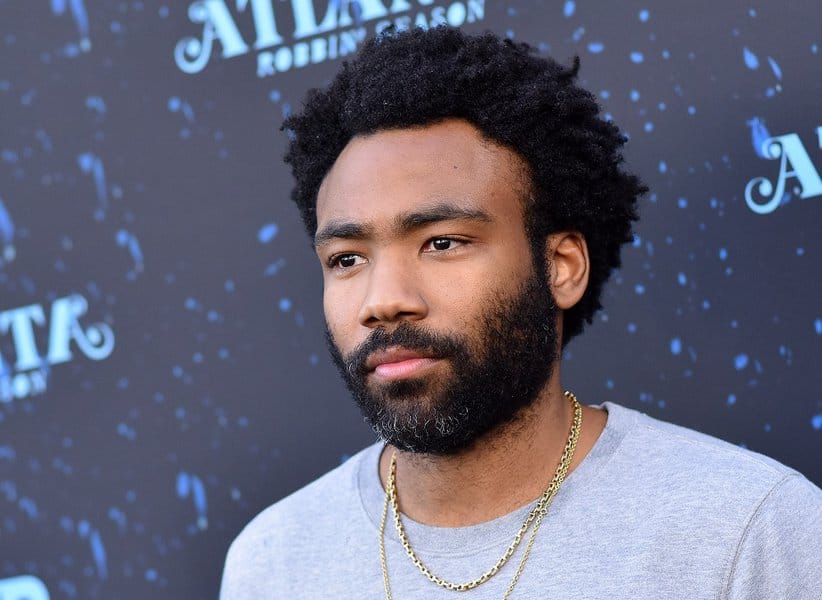 The man with the rap name Childish Gambino was also raised as a Jehovah’s Witness. While he’s no longer part of the religion, the star of Community and Atlanta believes being brought up as a Jehovah’s Witness had a positive outcome on his life. He discussed his thoughts on religion in a thought-provoking interview with The Daily Beast in 2017.

On the impact it had on him, Glover continues; “I believe it made me see the world differently. Part of the religion is teaching you that the world is an evil place, so trying to reconcile really liking stuff in the world but also being told it’s bad makes you want to figure out, ‘What is this?’ and ‘Why am I being drawn to this?’ My creative outlet was definitely shaped by being a Jehovah’s Witness.” 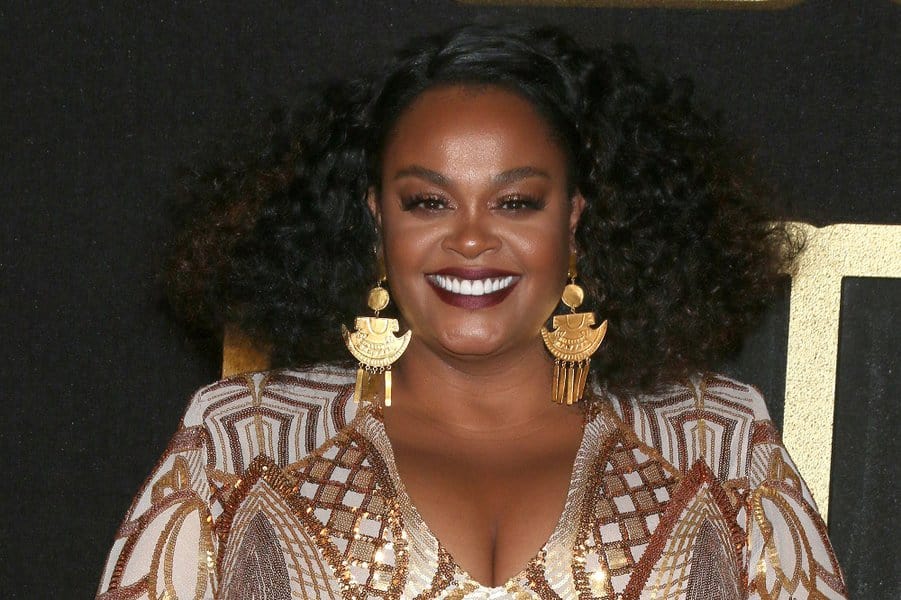 Growing up in Philly, Jill Scott’s music is influenced by the sights and sounds of her hometown. It was here as a young girl that Scott was raised as a Jehovah’s Witness by her mother and grandmother. But she was also allowed the freedom to explore her faith at the age of 12, something she discusses in an interview many years ago.

“When I was 12, I decided that I wanted to see what else was out there,” Scott explained. “I believe that all of the religions have merit and that it’s man that messes it up. I am more spiritual than religious. Sometimes I feel like a Buddhist and I need to chant; sometimes a Baptist and I need to holler and shout and sometimes I need to be a Catholic and need to purge my sins and confess. It just depends on where I am. But, I know I need to get there.” 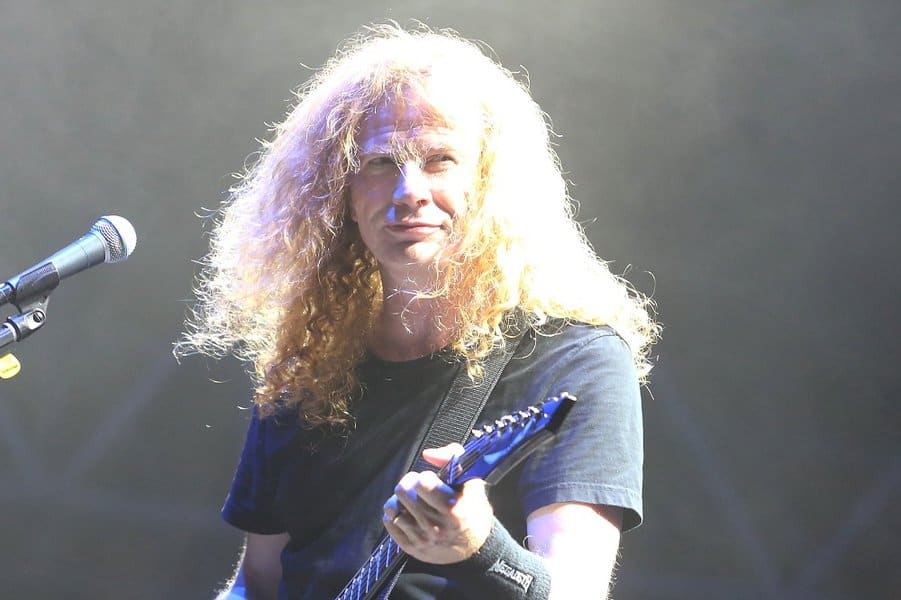 The lead singer of Megadeath was raised as a Jehovah’s Witness during his childhood. When he decided to pursue heavy metal as a career he left the religion, which seems to have turned out alright for him. An original member of Metallica before they kicked him out, Mustaine went on to have his own successful career as the frontman of Megadeath.

During the 80s and 90s, he battled substance abuse and was in and out of rehab. He finally found solace in religion, but not as a Jehovah’s Witness. Mustaine is a born-again Christian who takes his faith very seriously. He won’t play any festivals with bands that are deemed death metal or seen as satanic, while his views on homosexuality are a little suspect. Besides that, he seems like a decent guy who loves Jesus.