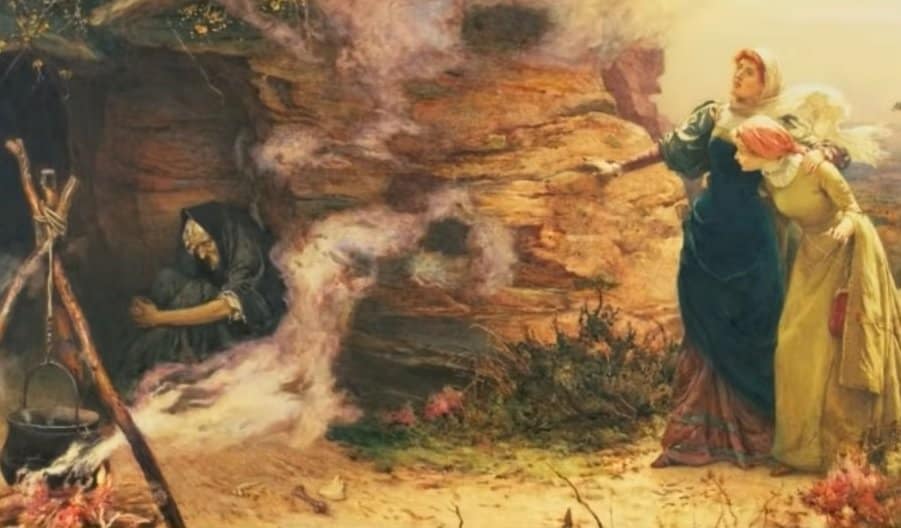 Witches have been part of folklore and mythology for centuries, with many famous witches becoming household names in history. Originating in Medieval times, witches were believed to possess special powers, with the ability to cast spells and influence others with their words. Often seen as evil, thousands of women were convicted of being witches and put to death, despite many of them being innocent.

As people’s view of witches has changed over the years, so has the definition of what a witch is. While at first seen as evil creatures in partnership with the devil, these days practicing witches are more associated with a form of spirituality and being in touch with the supernatural world. There are also many different classes and types of witches. They aren’t trying to conjure spells to kill their enemies. Well most of them aren’t.

With witches now crossing over into pop culture with shows such as WandaVision and Chilling Adventures of Sabrina and other media, witches have never been more popular. So to catch you up on the real-life witches from years gone by, here are 10 famous witches who left their mark on history. 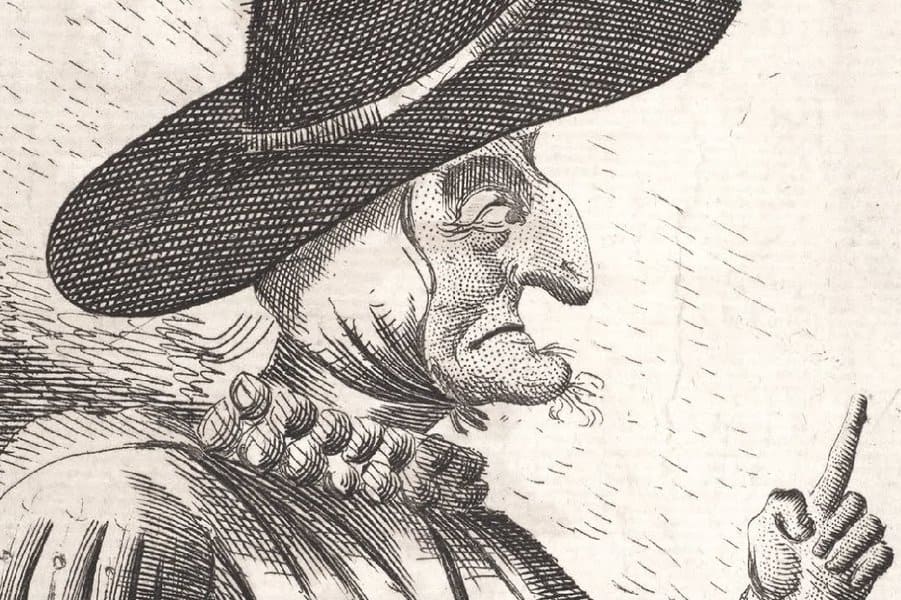 Also known as Mother Shipton, Ursula Southeil was an English witch born during a thunderstorm in 1488. Said to have been ugly with a hunchback, legend states that Southeil was the product of an affair between her mother and the Devil. There are stories about her being in involved in some supernatural events as a child, but when she became an adult she married a local man, she settled down and worked as a herbalist, leaving her mysterious past behind.

When her husband died after two years of marriage, many in her community suspected Southeil. Hurt by the rumors and grieving for her late husband, she retreated to the woods to live in the cave where she was born. It was during this time that she began to get visions about the future and started making prophecies. Southeil predicted the rise of King Henry VIII, the fall of the church, the Spanish Armada, the Great Plague of London, the Great Fire of London, and the Internet, apparently. She is regarded as England’s greatest ever clairvoyant.

These days her name is often associated with tragic events or supernatural occurrences while many fortune-tellers have effigies and statues of her to help drum up business. 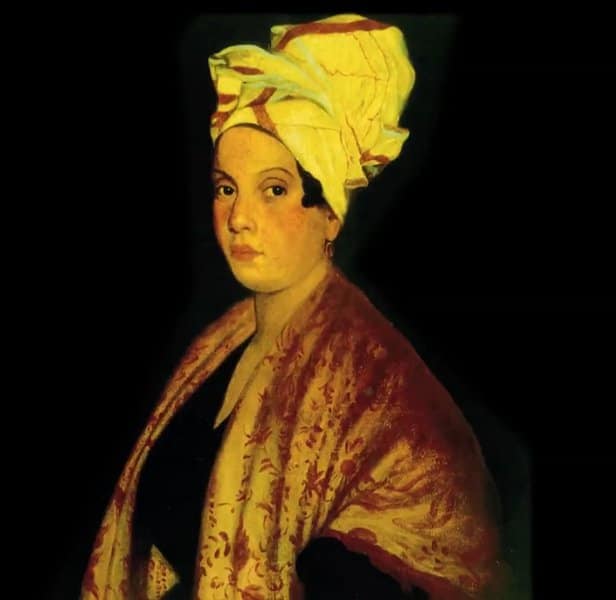 Born in New Orleans, there isn’t a lot known about the mystic Marie Laveau. She was a practitioner of the ancient art of Voodoo who was also a healer and a herbalist. It’s believed she was well respected in the community and walked the streets like royalty. She worked as a hairdresser, although there are rumors she was employed as a brothel madame and would consult with wealthy members of society and tell them about their futures or help with potions for ailments. She was also believed to have owned a snake she named Zombi after an African god.

The Voodoo Priestess died in 1881 and a large ceremony was held for her, attended by hundreds of people. Her grave in the St. Louis Cemetery can only be visited with a guide after years of vandalism. If you write an X on her tombstone it’s said Laveau would grant you a wish, so every man and his dog has tried. 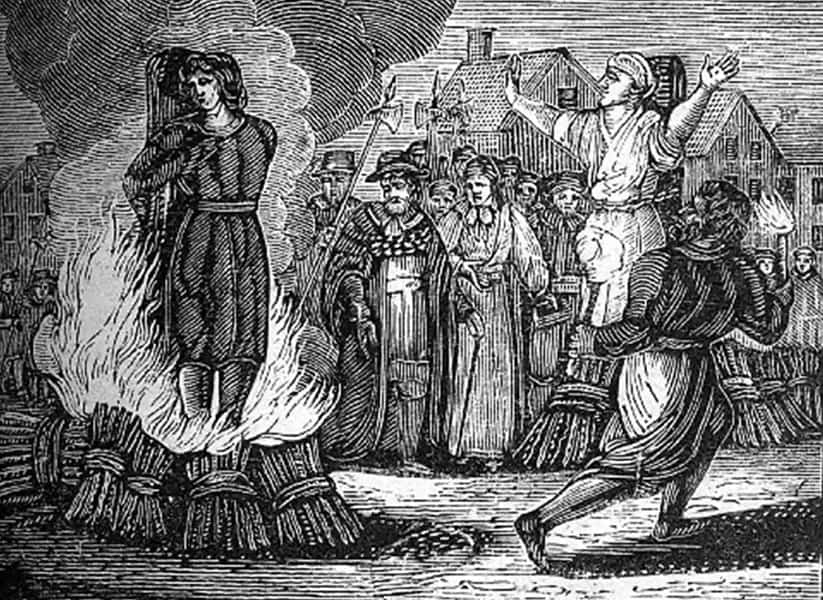 Alice Kyteler made the history books for being the first witch condemned for witchcraft in Ireland. Whether she was really a witch is up for debate, as she showed no signs of witchcraft or casting spells. What she did do is marry four rich gentlemen who all happened to die in mysterious circumstances, making Kyteler a very rich woman. This led to accusations of her being involved with demons, sacrificing animals, and using dark magic to kill her husbands.

One of her servants, Petronella de Meath, was captured by the Church and tortured until she confessed to being a witch and pointed the blame at Kyteler. This gave authorities everything they needed to arrest Kyteler and put her on a witch trial. Kyteler, though, was ready and disappeared with Petronilla de Meath’s daughter, Basilia. She was never seen or heard from again and there are no records of what happened to her after she fled. 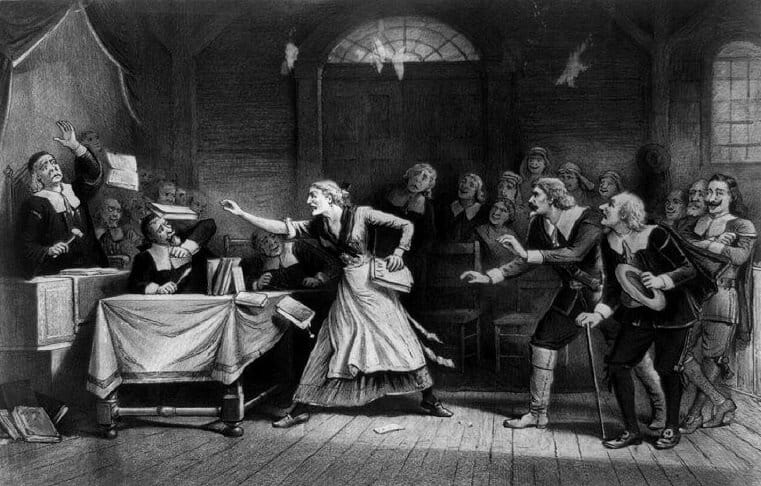 The “Witch of Youghal” was involved in one of the most famous witch trials in all of Britain. Florence Newton was accused of using her magic on Mary Longdon and causing the death of David Jones through sorcery. She was arrested and imprisoned on 24 March 1661, with her trial kicking off in September.

Court documents from that time still remain and state that Newtown was to have kissed Longdon in the street, causing her to become sick. Jones’ wife accused Newton of kissing her husband’s hand, resulting in him also becoming sick and passing away, with his dying screams being Newton’s name.

Unfortunately, not all the documents were recovered from that time and the verdict in the trial is not known. But if Newtown was found guilty, there is no doubt she would have been hanged. 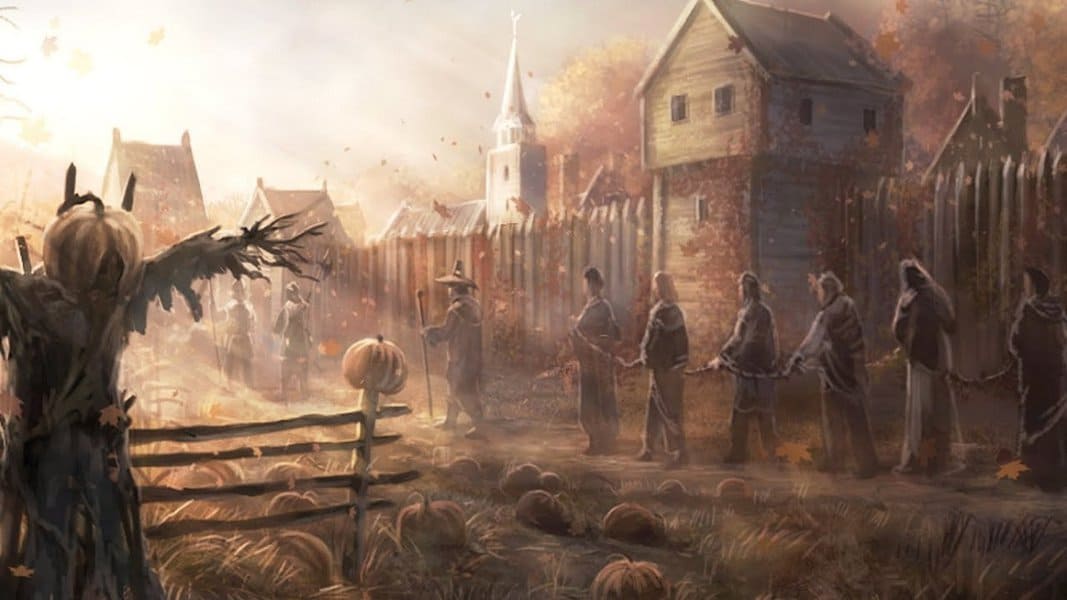 There wasn’t just one Salem witch, but hundreds of people, both male and female, who were accused of being witches during the late 17th century. People in Salem Village and the surrounding towns were accused of being witches, primarily by groups of young girls. This led to mass hysteria that saw hundreds of people branded as witches and put on trial.

The Salem With Trials became one of the most famous events in history, with around two hundred people accused of being witches. Of these, 30 were found guilty with 19 executed by hanging (fourteen women and five men) and several others dying in prison. Giles Corey and his wife were accused but refused to enter a plea, with Corey being tortured to death.

It was a dark moment in history and after the trial ended, many people realized that the guilty were actually innocent. As of today, everyone accused of being a witch in the Salem Witch Trials has been exonerated of their crimes, with the families able to close that chapter in their history. 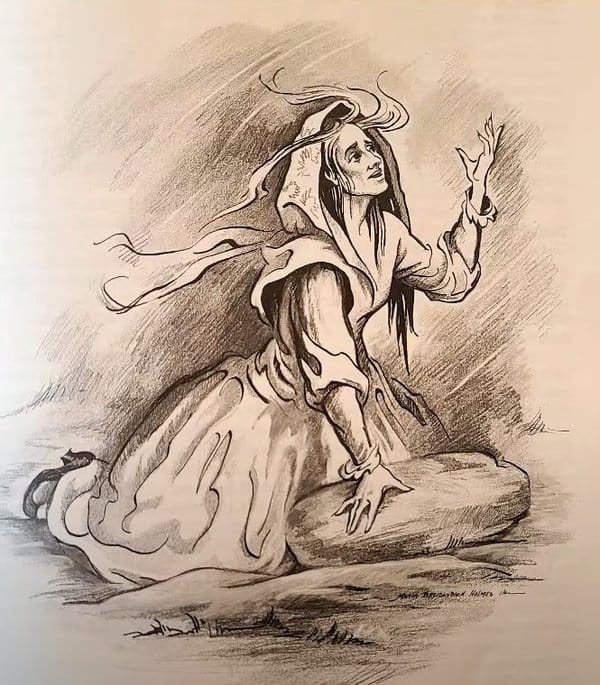 Here is another famous wish you might be familiar with if you’ve seen The Blair Witch Project. Moll Dyer is the inspiration for the movie’s witch. She was said to be a resident of Leonardtown, Maryland, who was accused of being a witch in the 17th century. She was chased out of her home and found dead a few days later, having frozen to death in the cold night.

Stories about Dyer continue to this day, with locals saying her spirit haunts the area looking for the men who killed her. While there are no historical records proving Dyer existed, people have often claimed to have seen eerie shapes or heard strange noises when in the area where her body was discovered. There’s also a famous boulder that Dyer was said to have died on. It’s meant to be cursed and if you get too close to the boulder you will start to feel dizzy and get a bad vibe. 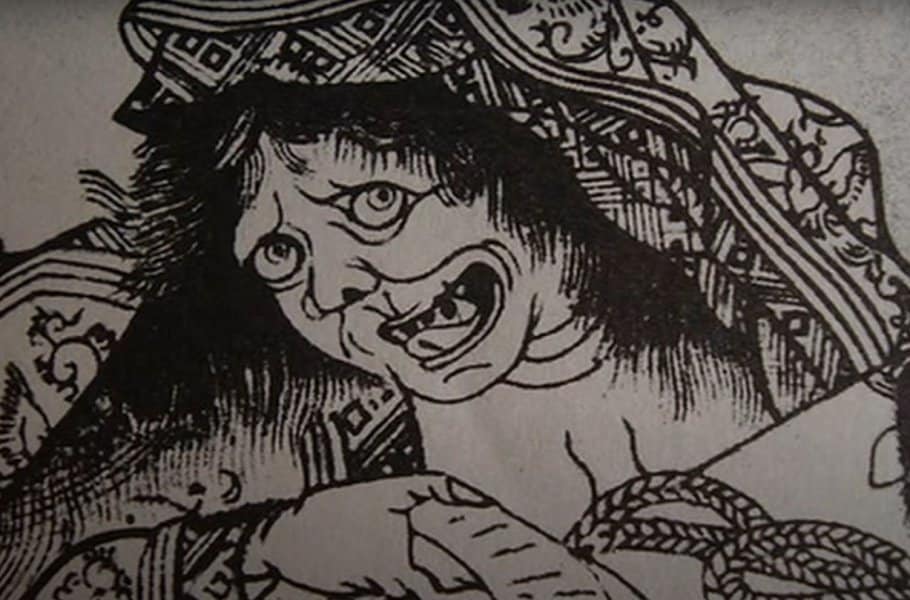 Unlike most, Isobel Gowdie was an accused witch who happily confessed to her crimes without having to be tortured. The wife of a cottar in Auldearn, Scotland, Gowdie gave four detailed confessions over a six-week period. She explained how she was a member of a coven who carried out the Devil’s work and that she had also met with the fairy Queen and King.

She also detailed being baptized by the Devil, named other witches in the coven, talked about her ability to shapeshift into animals, and outlined her sexual relationship with the Devil. Her confessions led to the arrest of 41 other people.

It is unknown what happened to Gowdie, but it’s assumed she was executed as 90% of Scottish cases ended this way. The court documents were transcribed by Robert Pitcairn and first published in 1833. Gowdie’s testimony is considered one of the most comprehensive and really gives an insight into what witch trials of the Middle Ages were really like. 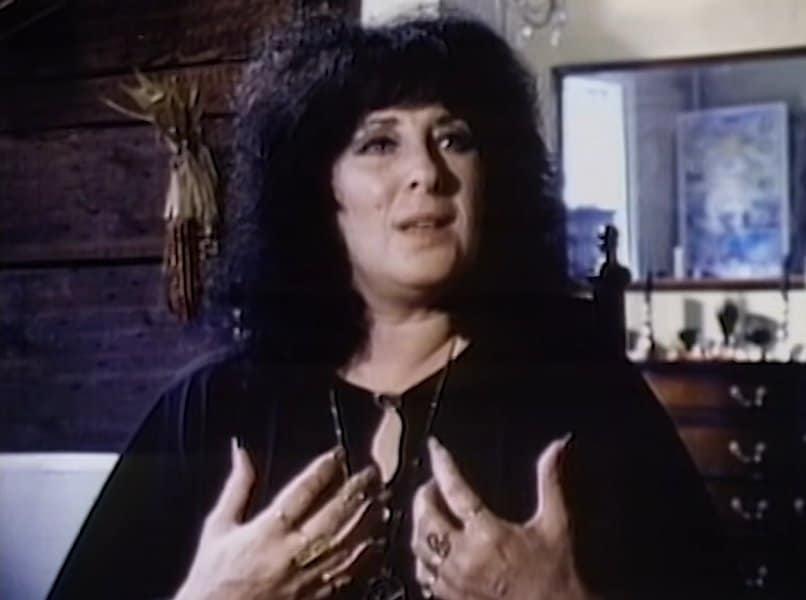 Not all famous witches are in the past. Laurie Cabot is an American Witchcraft high priestess. She lives in Salem and is the founder of the Cabot Tradition of the Science of Witchcraft and the Witches’ League for Public Awareness, which is all about promoting witches as positive and not evil people casting revenge spells. Cabot wants people to know what they see in the movies isn’t real. Films like Hocus Pocus, The Witches of Eastwick, and the Harry Potter series don’t always portray witches in the best light.

Cabot once owned a store that sold lots of different spells, incarnations, and other Wiccan-related material which has now gone online. She’s also written several books that have sold well and is a well-respected member of modern witchcraft circles. 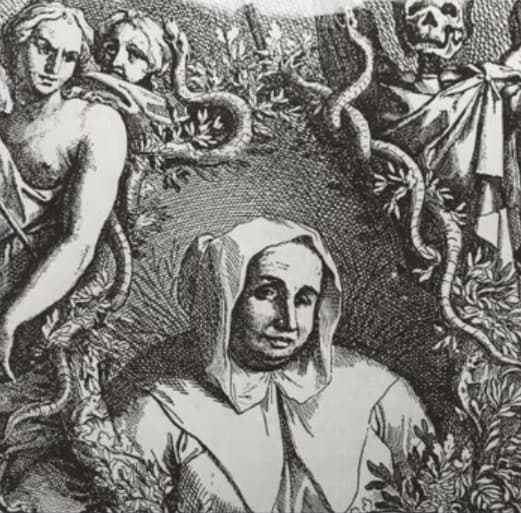 Also known as La Voisin, Catherine Monvoisin was a famous witch who lived in Paris during the 1600s. The fortune teller and alleged sorcery ran a large network consisting of fellow clairvoyants who sold poisons, potions, and other magical goods to upper society. Monvoisin was also a major part of the famous affaire des poisons. This was a major scandal in Paris where prominent members of the aristocracy were murdered by poisons supplied by La Voisin and her cronies.

One of her main clients was Madame de Montespan, the mistress of King Louis XIV. She is known to have provided her with numerous potions as well as conducted several black masses and rituals with her. As part of the affaire des poisons, Monvoisin planned on assassinating King Louis XIV but was arrested before she could carry out her nefarious plan.

Although she was never tortured, Monvoisin’s trial didn’t end well. While she co-operated and did name a few co-conspirators, she never ratted on Montespan. On February 17, 1680, Monvoisin was convicted of witchcraft and burnt at the stake two days later. 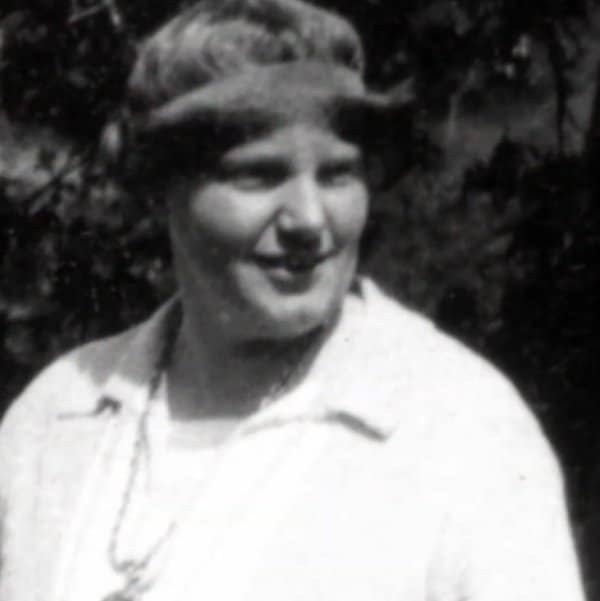 Dion Fortune is another British woman who dabbled in witchcraft and the occult. She was a co-founder of the Fraternity of the Inner Light, a magical society where members learned about witchcraft and the ancient teachings that go with it. It wasn’t until she was in her early 30s that Fortune began to understand that she was different and jumped head first into occult research. She initially became the president of the Christian Mystic Lodge of the Theosophical Society, but didn’t agree with their teachings and started her own sect, the previously mentioned Fraternity of the Inner Light.

During her short life, Fortune wrote a large number of non-fiction books about witchcraft and the occult, as well as many papers and articles. She established covens in Glastonbury, Bayswater, and London and was known for giving public lectures and helping spread the positive message about being a witch. She wanted the public to know you weren’t a good witch or a bad witch. There was much more to being a Wiccan than that.

During World War II she spent much of her time using her knowledge to protect Britain from attack with meditation and believed the Age of Aquarius was set to occur once the war was over. Unfortunately, she never got to see that come to fruition, with Fortune dying from leukemia shortly after WWII ended.

Today, Fortune is considered one of the most important Wiccan in British history. Her teachings are still influential and her fraternity still exists, although under a different name.