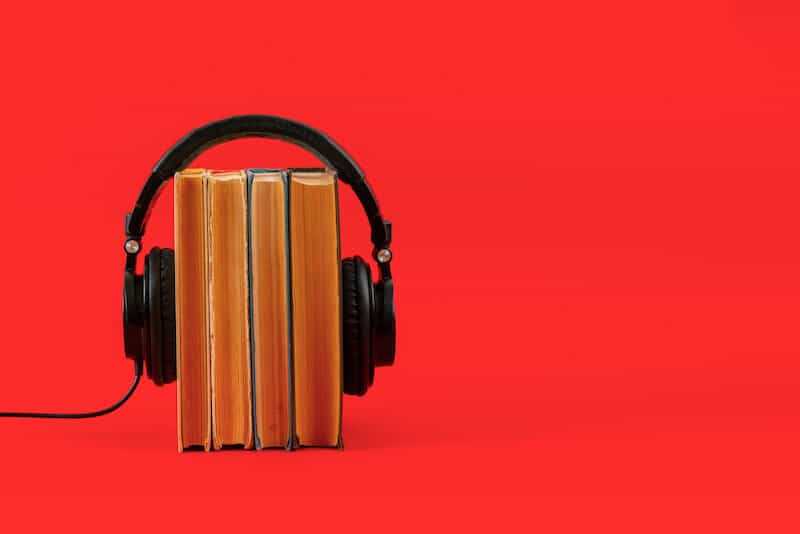 29 Best Fiction Podcasts You Need To Check Out

In many ways, fiction podcasts are the next evolution of radio play. They paint a picture of a story in the listener’s head using only words, music, and sounds. The vivid characters seem so real that you can almost touch them. The hosts bring intense fear and drama to the listener’s ears. They use words and language to manipulate the imagination and bring their fiction podcast to life.

29 Best Fiction Podcasts You Need To Check Out Somewhere in the Southwestern United States sits the town of Night Vale. The ordinary and mundane town features all kinds of paranormal and strange happenings. The popular fiction podcast Welcome to Night Vale revolves around a radio show hosted by Cecil Gershwin Palmer. He reports on all the peculiar paranormal occurrences around town but treats them as boring everyday events. The funny audio drama is one of the best fiction podcasts you can listen to right now. The series’ success led to the creation of the Night Vale Presents production company. 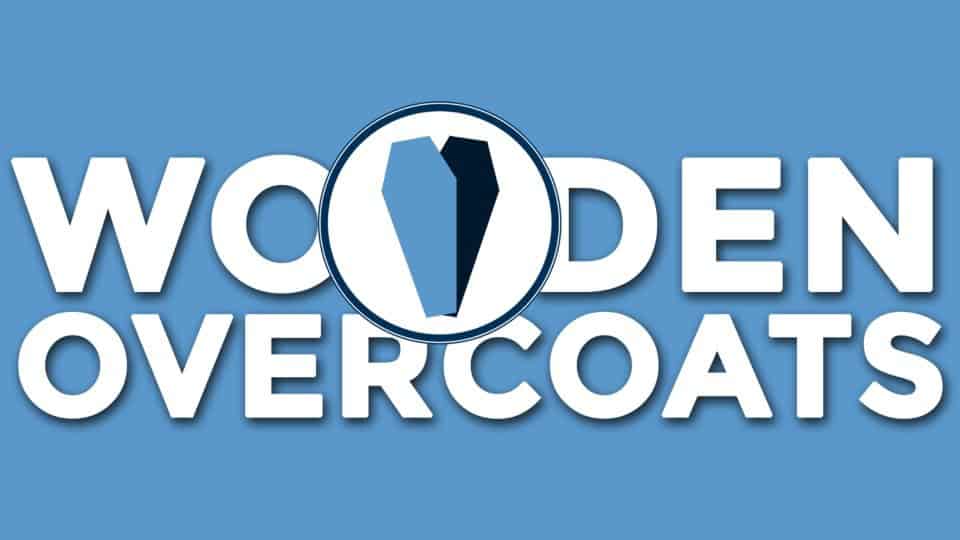 The Wooden Overcoats podcast is already considered one of Britain’s funniest sitcoms, and that includes the country’s best TV sitcoms as well. The hilarious fiction podcast revolves around two warring funeral homes.

For years, Rudyard Funn and Funn Funerals have been the only game in the village of Piffling Vale. However, that soon changes when a new funeral director rolls into town. Critics praise the hilarious podcast and rank it as one of the best around the globe. 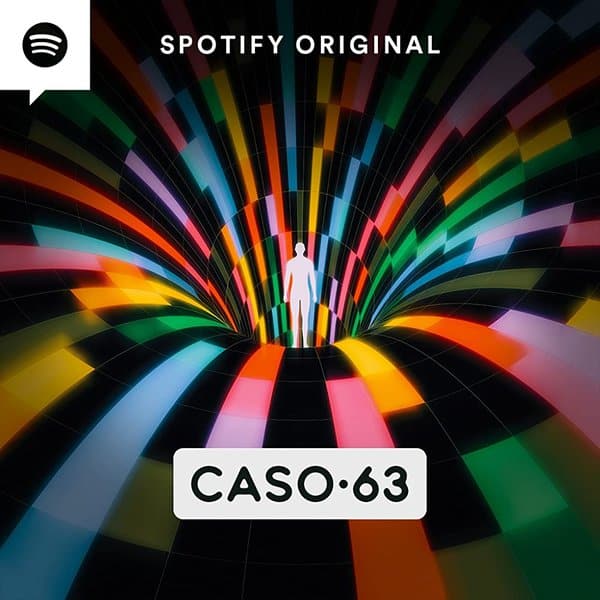 Caso 63 is Spotify’s most popular science fiction podcast in Latin America. The intense story follows psychiatrist Elisa Aldunate who records her sessions with her patient, the charismatic time traveler Pedro Roiter. The story goes from therapy sessions to the possible end of the universe.

The series is full of mystery, suspense, and twists. Caso 63 proved so popular that Spotify decided to produce an English version starring Oscar Issac and Julianna Moore. 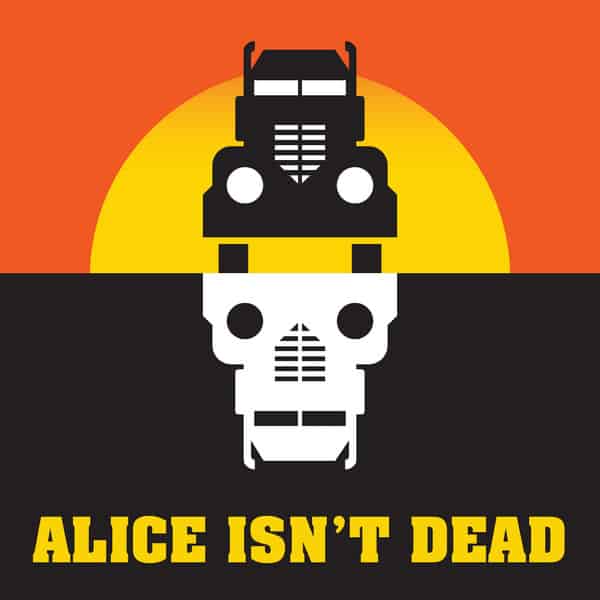 Night Vale Presents Alice Isn’t Dead is a thrilling and horrifying story that draws in listeners to the very end. The story follows a truck driver, Keisha, who searches for her missing wife. She untangles a complex conspiracy while encountering monstrous serial killers and bizarre towns. The podcast was a massive success and won numerous awards. 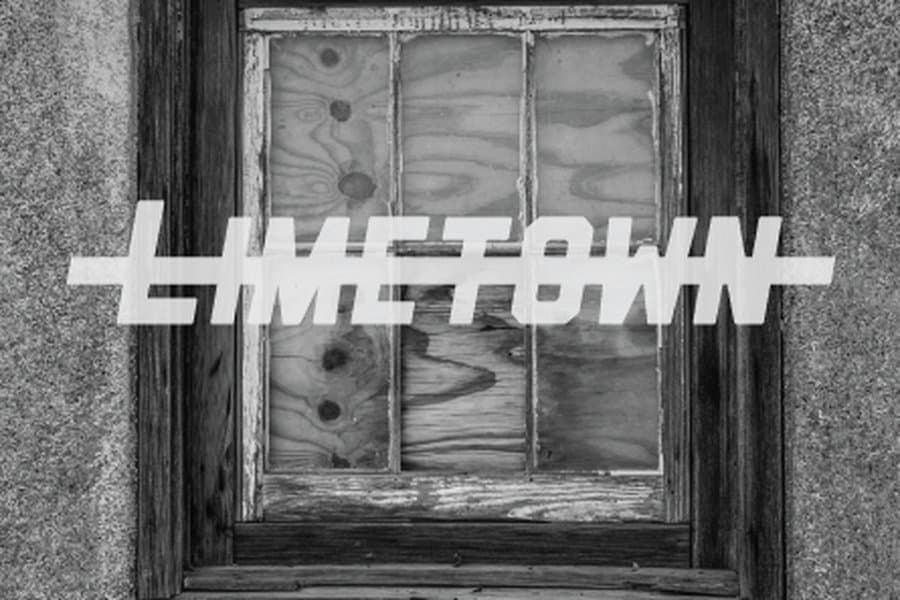 Critics consider the popular fiction podcast Limetown one of the best of all time. The thrilling podcast slowly untangles a mystery that draws in listeners. This sci-fi podcast is X-Files meets Serial.

The story revolves around an American Public Radio reporter, Lia Haddock, investigating the disappearance of 300 people from the Limetown research facility, including her uncle. The podcast is so popular it led to a short-lived TV series starring Jessica Biel and Stanley Tucci. 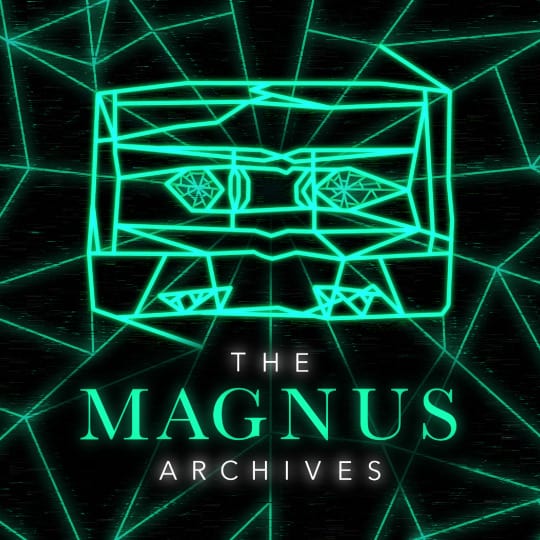 The fear-inducing Magnus Archives is a horror series that’ll have podcast listeners hiding under the covers. The story revolves around the head archivist, Jonathan Sims, at the Magnus Institute as he records horrifying stories.

Each episode features Sims interviewing a statement maker who shares a terrifying tale. This fiction podcast has been a significant success and attracts new fans each season. It’s one of the best fiction podcasts online today. 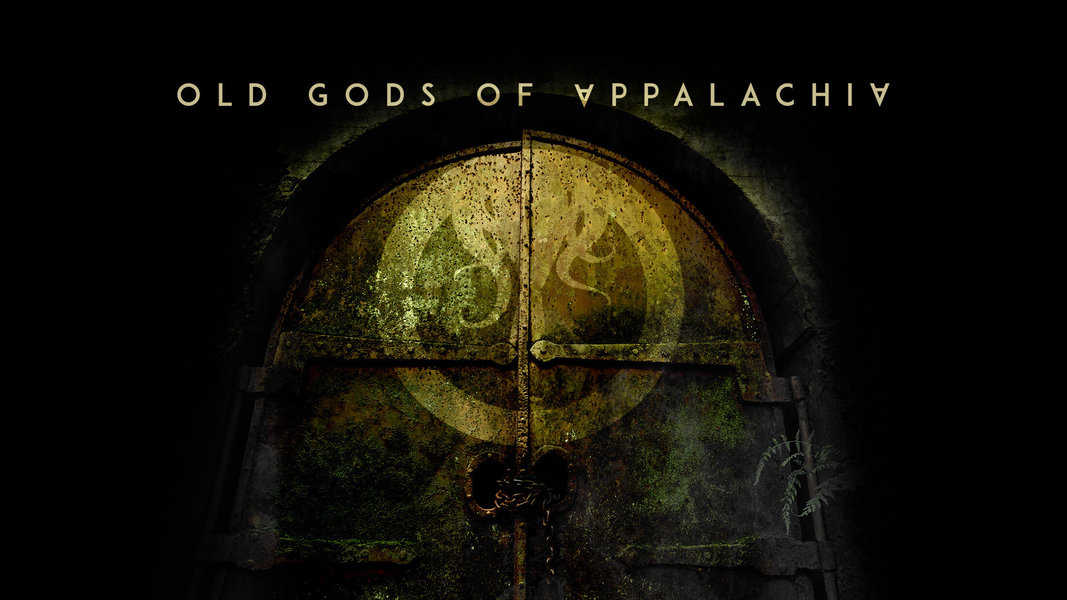 The spine-chilling fiction podcast, Old Gods of Appalachia, has listeners screaming in terror. The horrifying podcast takes place in an alternate universe where ghostly and deadly creatures live in the mountains of Appalachia.

The podcast takes listeners on a strange and mysterious journey into the mountains to find out the truth about these supernatural happenings. The series is top-rated and continues to gain a loyal following. It’s the perfect series for horror lovers.

8. The Courtship of Mona Mae 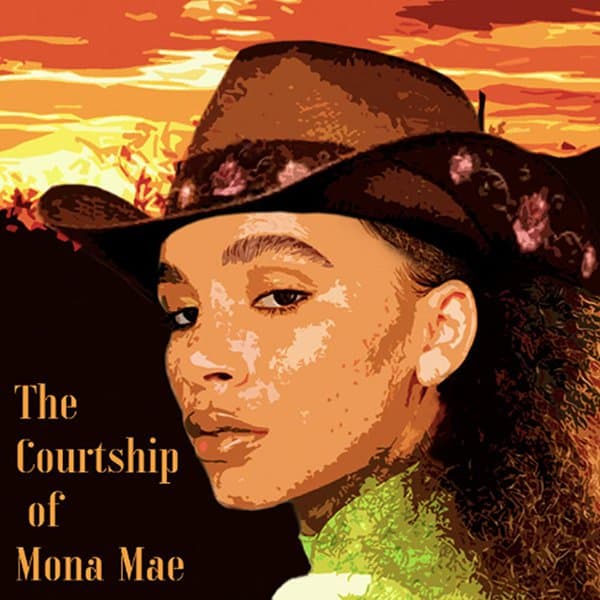 The Courtship of Mona Mae

Many fiction podcasts take listeners to the future or an alternate universe. However, The Courtship of Mona Mae takes listeners to a time in the past.

The series takes place in the 1870s and revolves around Mona Mae as she searches for her enslaved mother. The series quickly became one of Apple Podcasts’ most talked about shows. The popular podcast has fans tuning in for every new episode. 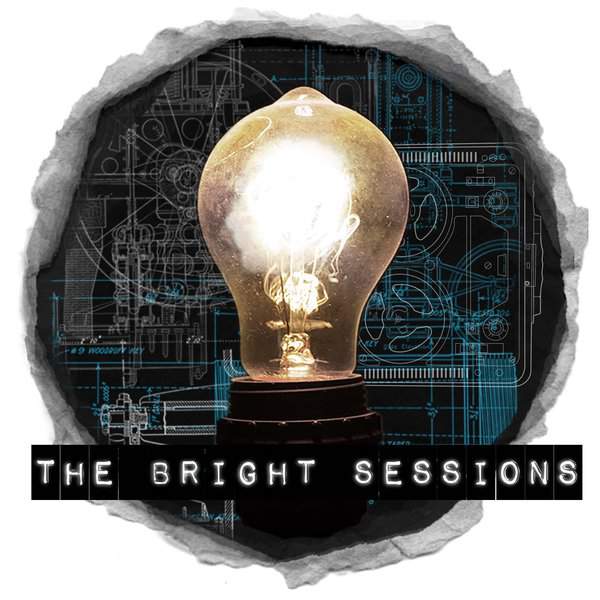 Therapist Dr. Bright has a wide range of patients that aren’t typical of other podcasts or TV shows. Indeed, her patients include a time traveler, a telepath, and a mind controller.

The popular fiction podcast The Bright Sessions follows Dr. Bright as she treats these super-powered individuals. The podcast became so popular that a TV adaptation is currently in the works. 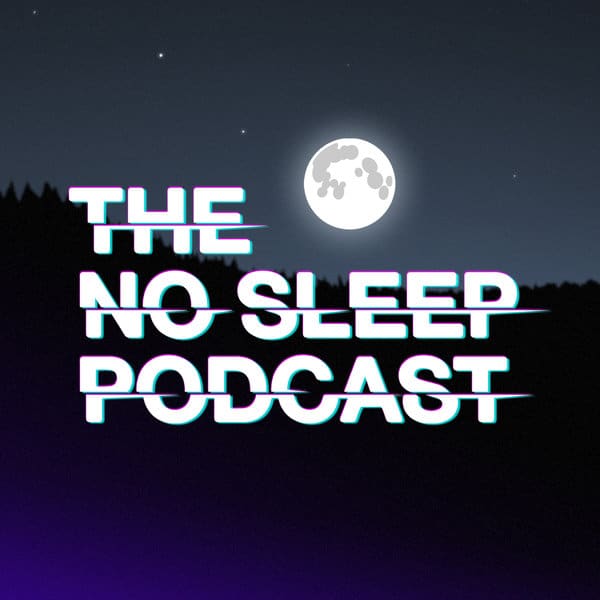 The NoSleep Podcast is a critically acclaimed horror series. The show is top-rated and continues to gain a huge following. The podcast began as a subreddit on Reddit. Indeed, Redditors around the globe would share real-life horror stories and scary experiences. Soon, a group of Redditors used the stories to create the horror podcast. 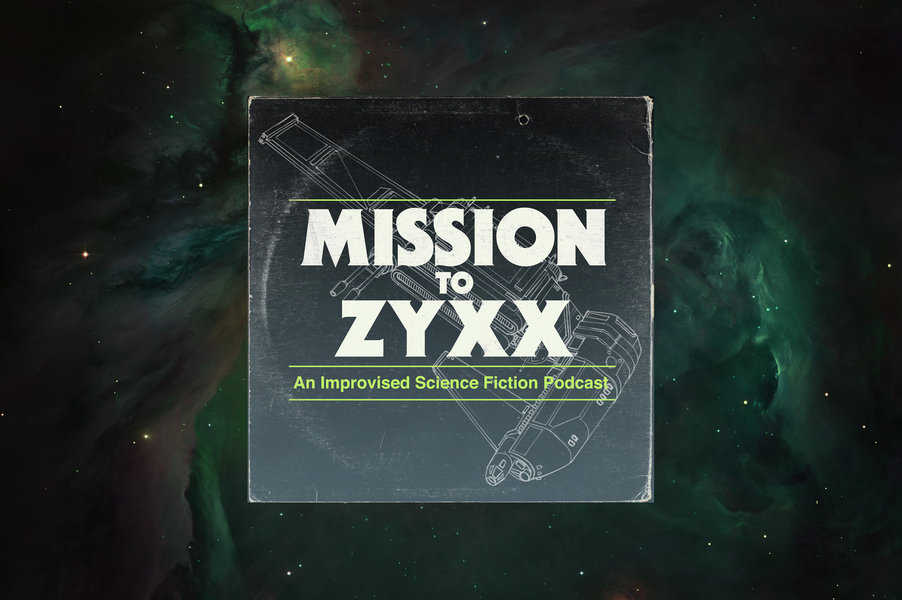 Fans of Mission to Zyxx highly recommend the critically acclaimed fiction podcast. The series brilliantly blends improv comedy and science fiction in this space opera. The story follows a group of ambassadors on a mission to create diplomatic relations with the Zyxx Quadrant.

The hilarious series is perfect for science fiction fans. It often references Star Wars, Battlestar Galactica, and Star Trek. Without a doubt, it’s one of the best science fiction podcasts. 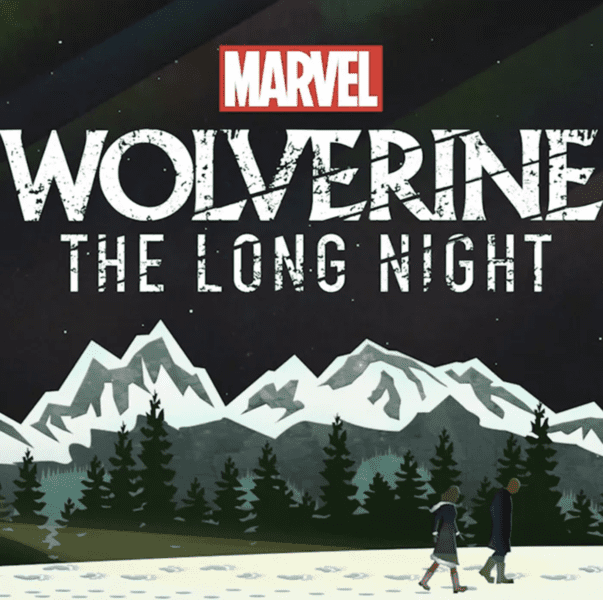 Marvel Comics has dominated animated cartoons, TV series, and Hollywood movies. It only makes sense for them to tackle podcasts next. The fiction podcast Wolverine features Marvel Comics’ wildly popular character Wolverine. The series is Marvel’s first scripted podcast since they last attempted a radio play in the 70s.

The first season, The Long Night, was a massive success and led to season 2, The Lost Trail. It’s one of the best fiction podcasts on Apple Podcasts.

The puzzling podcast combines therapy sessions, phone calls, and overheard conversations to untangle this nail-biting mystery. The suspenseful podcast was so successful it led to a TV show starring Julia Roberts. 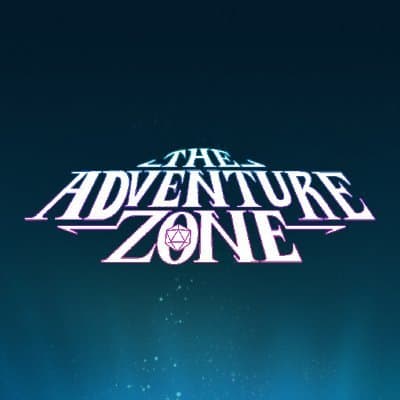 The fiction podcast Adventure Zone is a live play where the McElroy family plays a tabletop role-playing game. Join the McElroy brothers and their father as they search for relics, battle shapeshifters, and try to survive.

The brothers based the Adventure Zone podcast on the beloved role-playing game Dungeons & Dragons. It quickly became one of the most popular podcasts with critics praising the series for its story, humor, and inclusion of an asexual character.

15. The Unexplainable Disappearance of Mars Patel 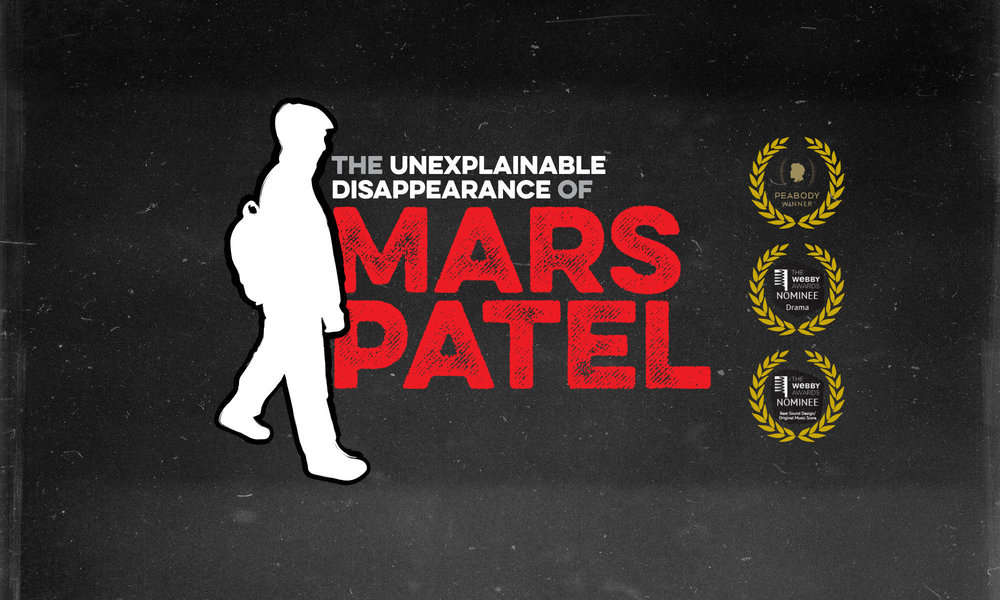 The Unexplainable Disappearance of Mars Patel

The Unexplainable Disappearance of Mars Patel is a children’s mystery quickly becoming a popular podcast. The series has an old-school radio play feel to it. It follows Manu “Mars” Patel and his friends as they investigate the strange disappearance of two other friends.

The series blends mystery with science fiction in an epic story. The podcast is similar in tone and plot to the beloved series Stranger Things. Critics praise Mars Patel for its characters, story, and format. 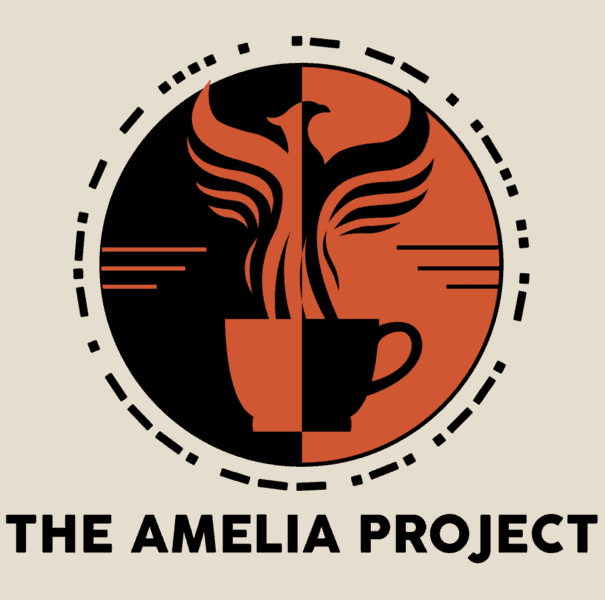 The fiction podcast The Amelia Project is funny, mysterious, and thrilling all at the same time. It’s as if Sherlock Holmes and Monty Python had a baby. The series revolves around a secret organization called The Amelia Project.

They help various clients fake their deaths and return with new identities. The Amelia Project has an impressive list of clients, such as politicians, Artificial Intelligence, and cult leaders. The popular series pulls listeners into their mysterious and hilarious podcast. 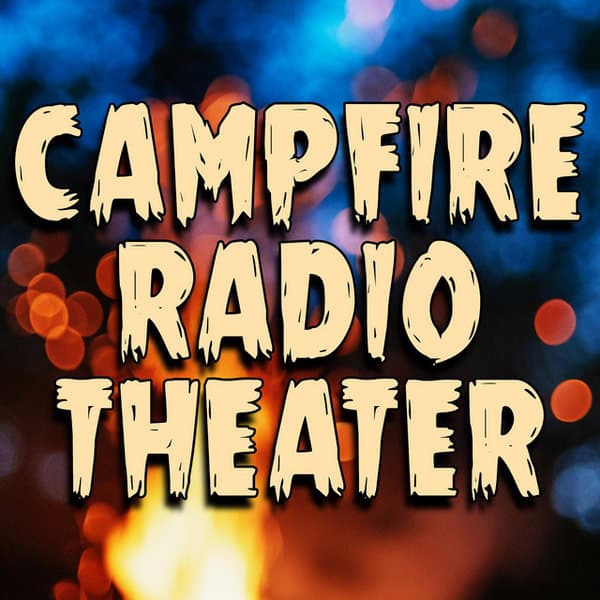 The bone-chilling horror anthology Campfire Radio Theater has a history of causing terrible nightmares. The brilliant podcast is a throwback to classic radio shows of the 30s and 40s with a modern twist.

It features a series of spine-chilling horror stories that’ll have listeners running to their parent’s bedrooms. The popular fiction podcast includes a stellar cast and production value. 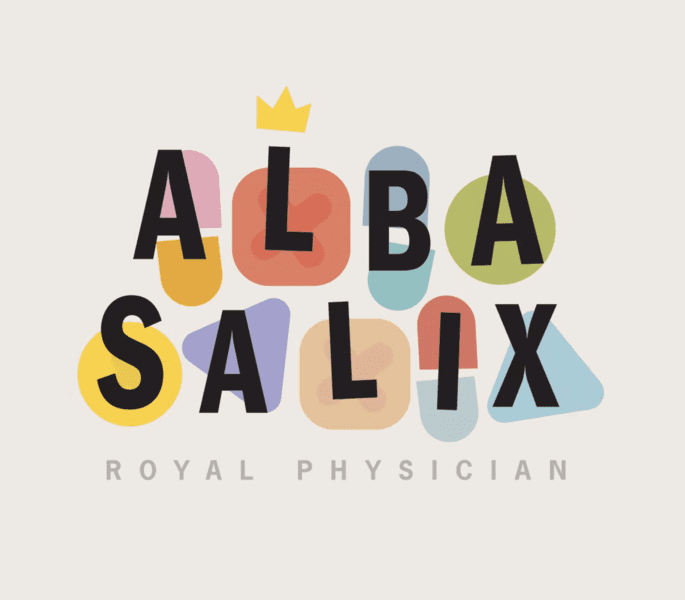 Set in the magical world of Farloria, Royal Physician Alba Salix encounters all kinds of magical diseases. Luckily, Salix has the cure for every magical problem she meets.

The podcast Alba Salix, Royal Physician blends fantasy and comedy in a sitcom-style podcast series. It quickly gained quite the following and won numerous awards. It’s easily one of the best fiction podcasts you can listen to today.

Night Vale productions began to produce other podcasts after the success of Welcome to Night Vale. Night Vale Presents Adventures in New America is among the company’s best fiction podcasts.

The critically acclaimed pod blends the classic buddy comedy with science fiction and political satire. The story follows a group of friends participating in a series of daring heists. Adventures in New America is one of the most popular podcasts available on Apple Podcasts. 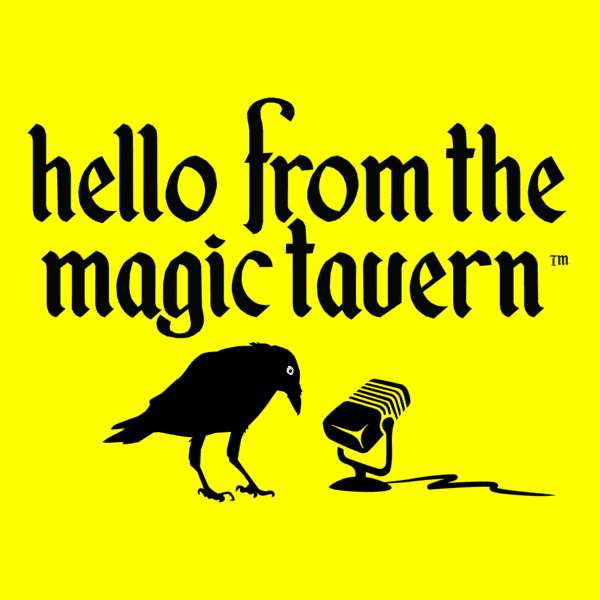 The series follows Arnie Niekamp, Usidore the Blue wizard, and shapeshifter Chunt. The friends interview mythical and fantastical creatures at the Vermillion Minotaur tavern in the fictional world of Foon. The series garnered a massive following on social media and a loyal fanbase that loves every second of the podcast.

21. The Orbiting Human Circus (of the Air) 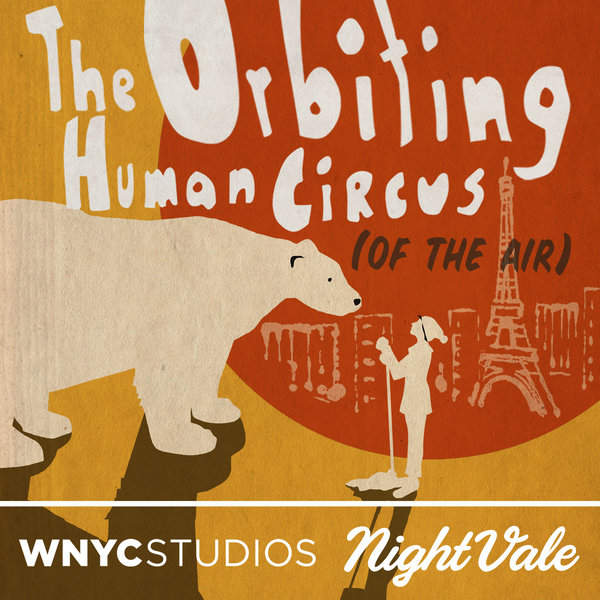 The Night Vale Presents The Orbiting Human Circus (Of The Air) is another popular fiction podcast. It revolves around Julian, a janitor at the Eiffel Tower. Julian dreams of joining the Orbiting Human Circus of the Air, which takes place in a ballroom on top of the Eiffel Tower. Julian often has conversations with his inner voice and the other Eiffel Tower staff members. The series remains immensely popular and continues to grow its fanbase. 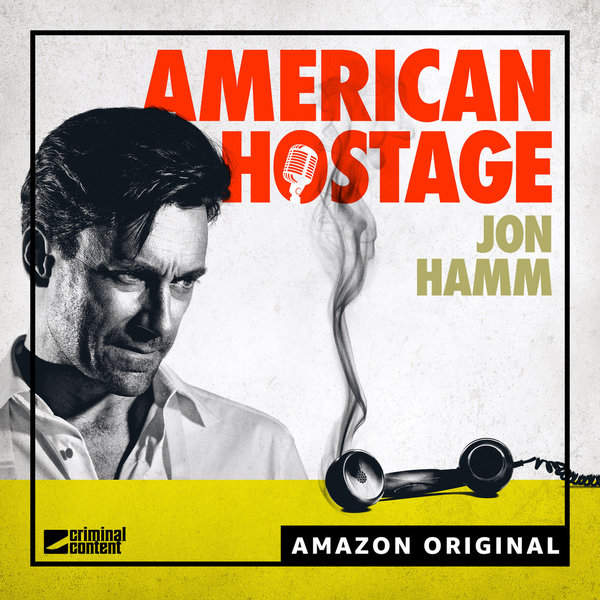 American Hostage 2022 brings an incredible true story to life for listeners. The series revolves around radio DJ Fred Heckman who receives an unsettling phone call while on the air. He gets pulled into a deadly situation when hostage taker Terry Kiritsis demands an on-air interview. At that very moment, Kiritsis has a shotgun aimed at his banker’s head. The critically acclaimed audio drama stars the iconic actor Jon Hamm. 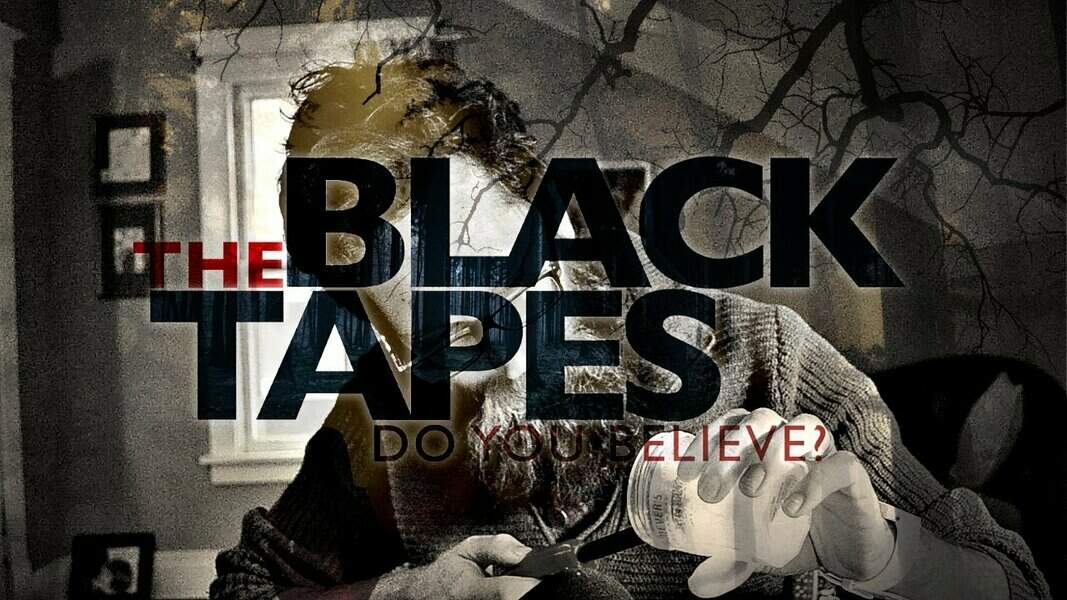 The fiction podcast The Black Tapes is a horror series using the documentary format. In many ways, it’s a fictionalized version of the non-fiction podcast Serial with an emphasis on horror. The series follows host Alex Reagan as she gets entangled in a paranormal investigation.

She becomes fascinated by paranormal investigator and skeptic Dr. Strand’s unsolved cases. Alex soon follows down a horrifying rabbit hole. The Black Tapes is one of the most popular podcasts online today. 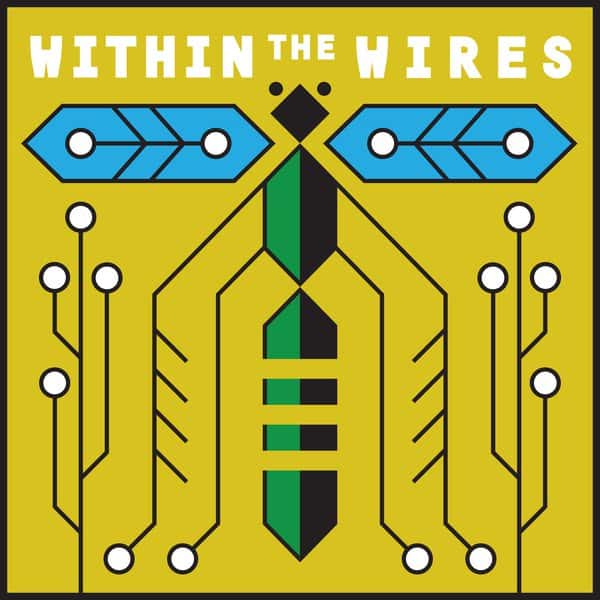 The anthology series reveals each story through relaxation cassettes, museum audio recordings, notes, and letters. The audio drama keeps fans glued to the podcast until the very end. Critics consider Within the Wires one of the most innovative and creative series.

25. The Strange Case of Starship Iris 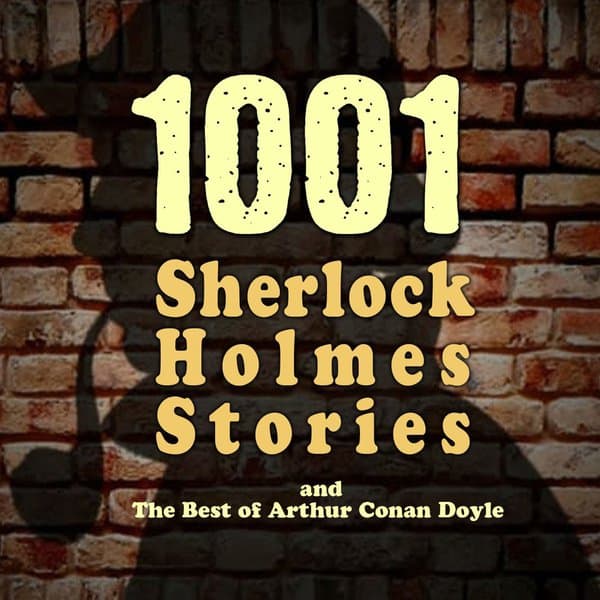 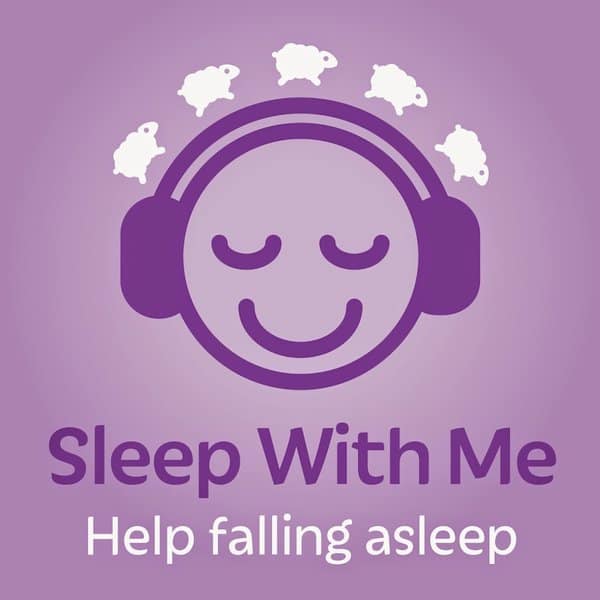 The fiction podcast Sleep With Me takes listeners on a rambling journey that ends with a night of deep sleep. The Night Vale’s popular audio drama Sleep with Me is about great storytelling and curing insomnia.

Each episode features a rambling intro from Dearest Scooter, a lullaby about the sponsor, and the main story. The podcast’s primary purpose is to help the listener fall asleep when struggling with insomnia. The podcast remains one of Night Vale’s most critically acclaimed. 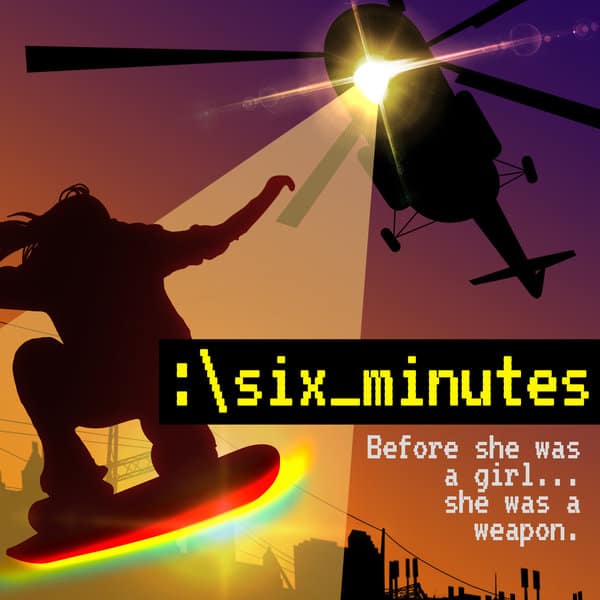 Six Minutes is the ideal fiction podcast for the whole family. The series follows a young girl, Holiday, after a family rescues her from the icy waters in Alaska. She has no memory of her past and soon develops incredible powers. Each episode features six minutes of a compelling mystery and characters that come alive with words. Six Minutes is one of the best fiction series today. 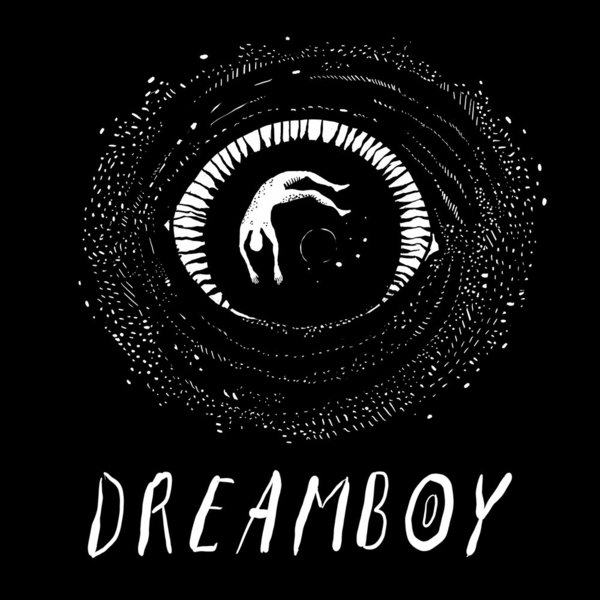 Night Vale Presents Dreamboy is a unique audio drama that combines a musical with an engaging mystery. The series follows zoo employee and musician Dane as he tries to untangle the mystery of the flickering lights and a deadly zebra. The popular podcast masterfully draws listeners into this mystery musical.