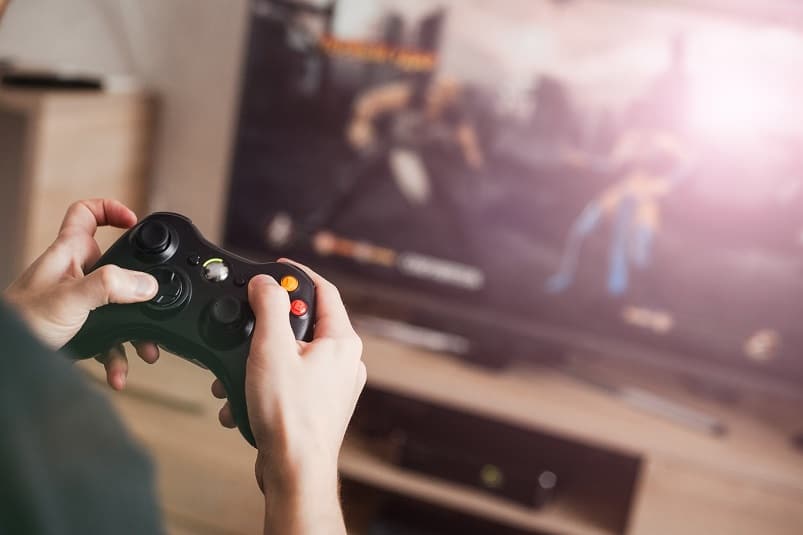 Sometimes, the best part about finishing a game is deciding what to play next. Whether you were drawn to the freedom of an open world adventure game, the thrill of a first-person shooter, or the gritty realism of a post-apocalyptic setting, there are any number of games similar to Fallout 4 you’re sure to love.

The hardest part might just be narrowing down your options! Here are our top picks for those of you who loved Fallout 4 and are looking for something new to sink your time into.

If it’s sprawling, open world gameplay you’re looking for, you can’t do much better than the Elder Scrolls series.

Another Bethesda property, the Elder Scrolls is set in a fantasy rather than a post-apocalyptic world, but contains enough similar gameplay and combat elements to please any Fallout fan.

In this fifth installment in the Elder Scrolls series, you play as the Dragonborn and embark on an epic quest to defeat a world-eating dragon.

Like Fallout 4, much of Skyrim’s appeal lies in its seemingly endless open world; it’s possible to sink hundreds of hours into the game without going anywhere near the main story.

In addition to some truly epic quests, you can choose to marry or kill NPCs, join factions, indulge in crafting, gathering, and farming, or simply spend hours exploring the vast world of Tamriel.

Another series with plenty of installments to keep you busy, Far Cry is perfect for those seeking an open world survival game. Far Cry 5, the latest game in the main series, takes place in the fictional Hope County in Montana.

You play as a deputy sheriff working alongside the resistance to defeat a doomsday cult that has taken over the county. Like previous games in the series, Far Cry 5 is an action adventure first person shooter, though with a greater focus on melee combat.

It’s also the first game in the series that allows you to customize your character’s appearance. It features both cooperative and competitive multiplayer modes, as well as the ability to recruit companion NPCs, which will be familiar to fans of previous Far Cry games.

In addition to all that, Far Cry 5 has enough branching storylines, side quests, and collectibles to keep you busy for a long time.

Far Cry 5 is available on PC, Playstation 4, and Xbox One.

Originally a fantasy book series of the same name, The Witcher is also a Netflix series, comic book, board game, and tabletop RPG. The latest video game, The Witcher 3: Wild Hunt, was released in 2015 and continues in the same action RPG vein as previous games.

You play as the titular Witcher, Geralt of Rivia, in a third person, open world fantasy setting. As a monster slayer for hire, you have a variety of weapons and magical attacks at your disposal, and can befriend or even romance NPCs.

The Witcher features responsive AI and dynamic environments, like a day-night cycle that can affect monster spawns and 36 possible endings depending on the choices you make throughout the game.

Two expansions for The Witcher 3—Hearts of Stone, and Blood and Wine—have been released and are included in the Game of the Year edition.

The Witcher 3: Wild Hunt is available on PC, Playstation 4, Xbox One, and Nintendo Switch, and has been announced for Playstation 5 and Xbox Series X/S.

Borderlands and its sequels are first person shooter action RPGs set in the distant future. You can choose from four playable characters, each with their own unique action skill, embarking on a dangerous mission to the planet of Pandora in search of advanced alien technology.

Featuring a signature mix of realistic and comic book-style graphics, Borderlands allows for single player gameplay as well as both split-screen and online multiplayer modes for up to four players, though Borderlands 2 and 3 decided to forgo the PVP arenas featured in the original game to focus solely on PVE.

The game merges roleplaying elements with a first-person shooter in a semi open world setting; there are several zones, and new areas are unlocked as you progress through the story and complete missions.

Completing the main storyline unlocks New Game Plus, which increases the game’s difficulty, raises the maximum character level to 50, and improves the chance of finding rare items.

The Borderlands series is available on PC, Mac, Playstation 3, Playstation 4, Xbox 360, Xbox One, and Nintendo Switch.

Unlike most other entries on this list, BioShock doesn’t have open world exploration, but its first-person shooter, action RPG, and retrofuturistic elements all make it a must-try for fans of Fallout 4.

The story is the real star of BioShock, taking you through the fictional underwater city of Rapture in an alternate 1960s timeline.

If you’re a fan of the post-apocalyptic setting of Fallout, you might fall in love with BioShock’s eerie, dystopian feel. Bioshock Infinite, the third and latest installment, isn’t directly set in the same universe as BioShock 1 and 2, but features the same gameplay and steampunk style as the original games.

Though the overall experience is more linear than Fallout, BioShock offers features like hidden puzzles and collectibles, powering up through gear drops, and different endings that vary based on the choices you make during the course of the games.

The original Mass Effect trilogy follows Commander Shepard on a quest to save the galaxy from the mechanical Reapers.

Set over a hundred years in the future, in a fictional version of the Milky Way, the first three Mass Effect games again feature fairly linear gameplay that allows the fantastic story to shine.

Though the player character is predetermined, you can choose Shepard’s gender and personality, and the choices you make in the game have real consequences.

Mass Effect: Andromeda, the latest release, starts fresh in the Andromeda galaxy with a new cast of characters. You play as either Scott or Sara Ryder, a Pathfinder tasked with finding new habitable planets.

Mass Effect: Andromeda is the first in the series to feature open world gameplay, with a greater focus on exploration, improved combat, and a more flexible skill tree system.

Like other games in the series, it’s a neat blend of third person shooter and action RPG, with a focus on branching decision-making and building relationships with NPCs.

Like Fallout 4, Horizon Zero Dawn takes place in a post-apocalyptic setting, albeit one far less bleak than the Wastelands.

In this action RPG you play as Aloy, a hunter trying to uncover the secrets of her past in a wild, lush world now overrun with machines. The game allows you to craft resources, set traps, and use a variety of ranged and melee weapons, while a customizable skill tree allows you to specialize in stealth, combat, or healing and gathering.

Possibly the most inventive feature of the game is the ability to hack enemies, which can turn foes into allies or even mounts. Like in Fallout 4, you’ll encounter different settlements as you explore, filled with NPCs offering side quests.

And there’s plenty of exploring to do; the massive open world, with terrains ranging from arid deserts to lush jungles and snowy mountain peaks, can be traversed on foot, with a mount, or using zip lines and parkour.

Horizon Zero Dawn is available on PC and Playstation 4.

Mad Max, based on the film franchise, takes you through a familiar post-apocalyptic wasteland.

You play as Max Rockatansky on a quest to find the Plains of Silence, a fabled land of peace. On the way, you must build the Magnum Opus, a vehicle that forms the basis of the game’s combat.

The vehicular combat is what sets Mad Max apart from other games, allowing you to ram into other vehicles, use a grappling hook and sniper rifle to destroy enemies, and mount upgrades including turbo boosts, spikes, and flamethrowers. You can change the appearance and functionality of your vehicle throughout the game, as well as Max’s armor, weapons, appearance, and combat skills.

Your vehicle also serves as your means of exploring the open world, with its landscape made up of caves, canyons, deserts, and vast stretches of wasteland.

You can discover both friendly and enemy strongholds as you explore, as well as side content including races, time trials, and collectibles.

Mad Max is available on PC, Mac, Linux, Playstation 4, and Xbox One.

You control former outlaw John Marston, a gunslinger who uses the Dead Eye mechanic to mark multiple targets and attack in slow motion.

Similar to other games on this list, a morality system tracks the decisions you make in-game and affects how other characters react to you. In addition to single player gameplay, up to 16 players can engage in either cooperative or competitive multiplayer modes.

The Outer Worlds is a first-person action RPG focused on space exploration in the fictional Halcyon star system. Though not post-apocalyptic, the alternate futuristic setting should be familiar to fans of Fallout 4.

After creating your character, you’ll unlock a ship that serves as a fast-travel hub for jumping between planets as well as a persistent inventory.

You have access to both melee weapons and firearms, and experience points earned through story and exploration can be used to level up and unlock both combat and non-combat skills, including stealth, hacking, and intimidation.

NPCs you encounter while exploring the open world can be recruited as companions who will aid you in battle, and the dialogue options you choose will influence the branching storyline.

The Outer Worlds is available on PC, Playstation 4, Xbox One, and Nintendo Switch.